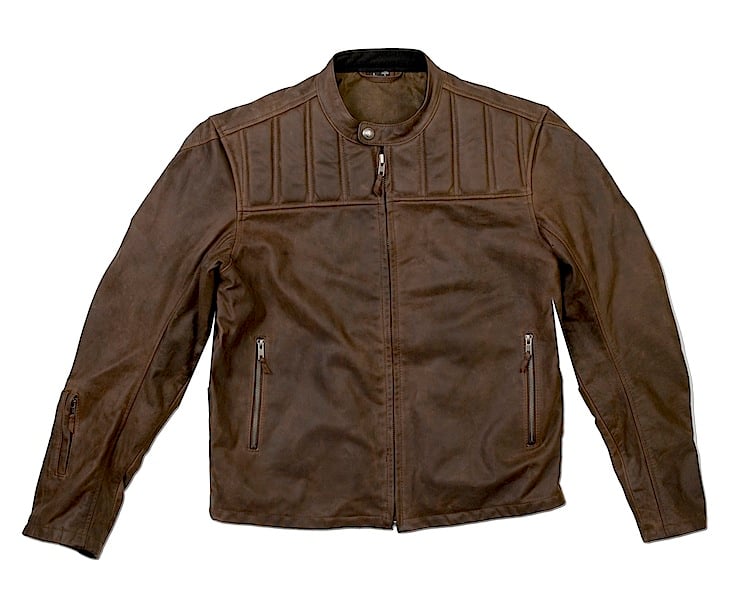 This is the new for 2013 Enzo motorcycle jacket by the team at RSD, it’s constructed from a combination of 4mm to 1.2mm oiled cowhide and comes fitted with pockets for elbow, shoulder and back armour.

It’s a jacket designed for riding rather than posing, so it has roated pre-curved sleeves, a dropped back length and a relaxed collar opening. The lining is 100% cotton to keep it comfortable and it has 2 zippered pockets on the front to hold your valuables whilst you’re tearing down the coast road.

Roland Sands Design also sell a full set of CE approved armour, so kitting this jacket out with full elbow, shoulder and back guards can be done via the online store, for an additional $90. Which is actually pretty reasonable if you compare it to much of the competition.