Yamaha XS 360 by The Hookie 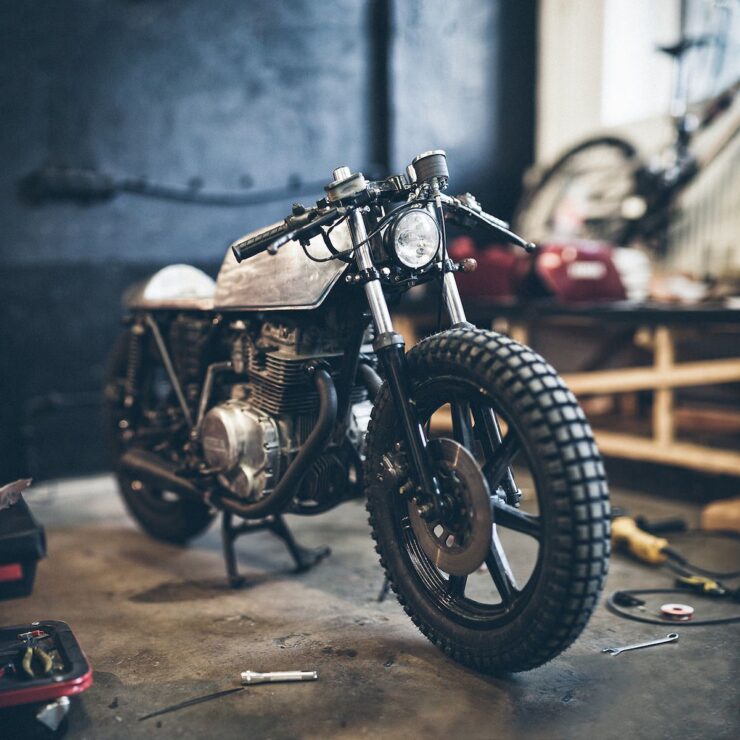 The Yamaha XS360 is an interesting motorcycle, the model never saw a huge production run and were, in many respects, the slightly smaller brother of the much more famous Yamaha XS400. Both bikes used an almost identical parallel-twin, air-cooled engine with a crank off-set of 180 degrees, both bikes had the same 6 speed transmission, both bikes used the same frame and both had a weight of 182kgs (400lbs).

This custom XS360 by The Hookie, a Germany based custom motorcycle workshop, has kept all the important elements of the bike in place whilst adding a few minor additions to bring out the bikes cafe-rat-racer potential.

The original handlebars were discarded in favour of a pair of classic clip-ons, the seat has been replaced with a custom all-in-one seat/rear cowling, a custom exhaust has been fitted, the mid-frame area has been tidied up, the fenders have been thrown away and the tires have been replaced by a pair of mud and snow chewing knobblies.

Custom cafe racers like this that have been designed with a minimal aesthetic and an rough-round-the-edges finish appeal to me greatly, they’re designed and built to be ridden, not looked at, and the negative comments shot back and forth by arm-chair mechanics ring a little hollow. This is a bike that doesn’t care what you think of it.

To see more from The Hookie, click the link here. 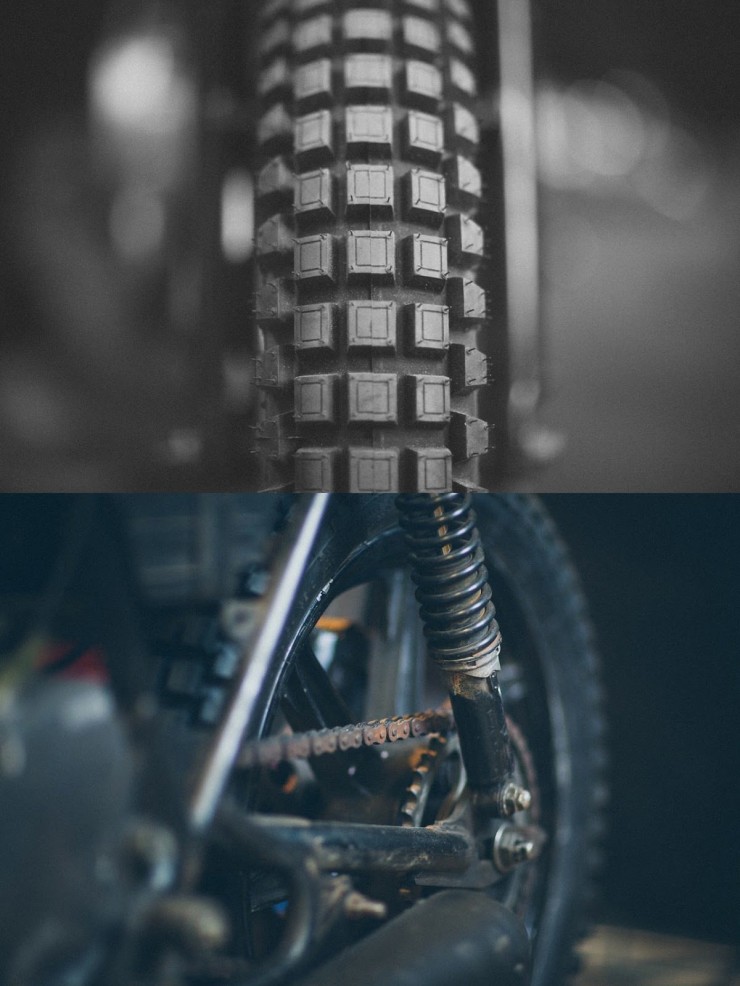 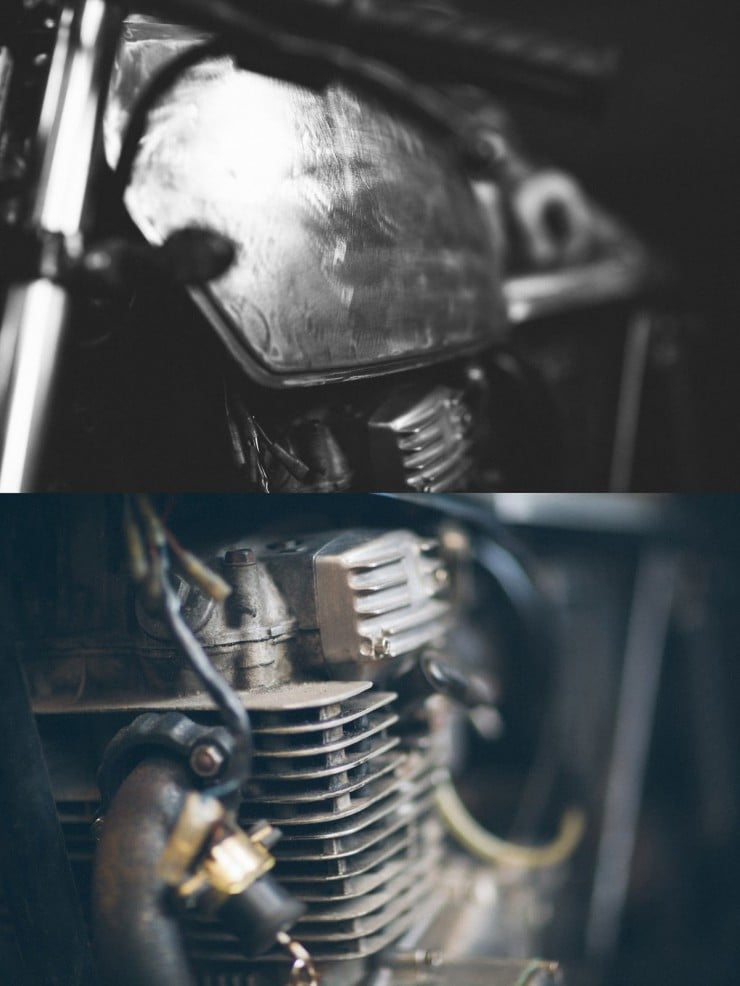 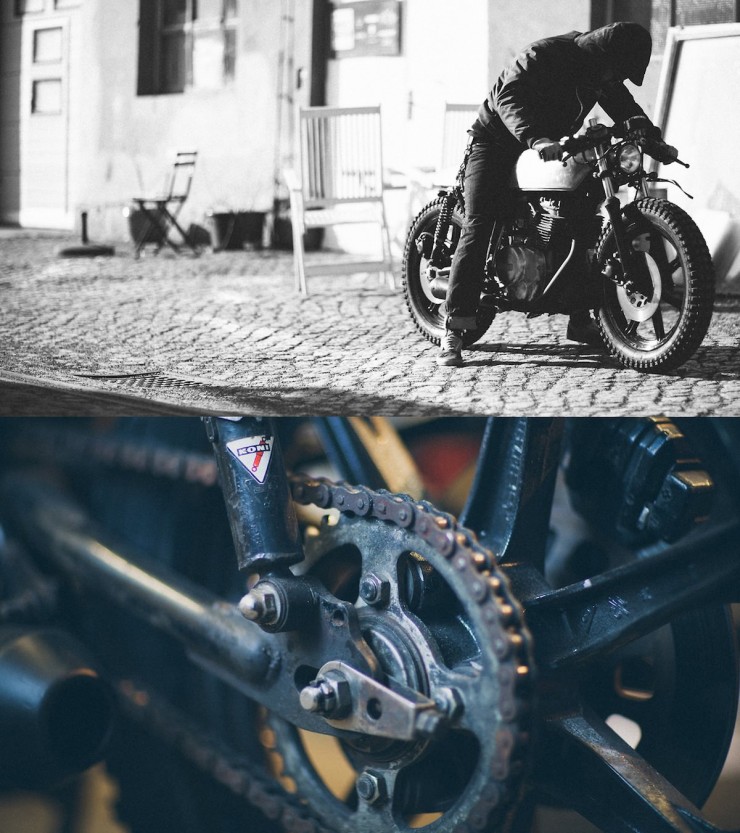 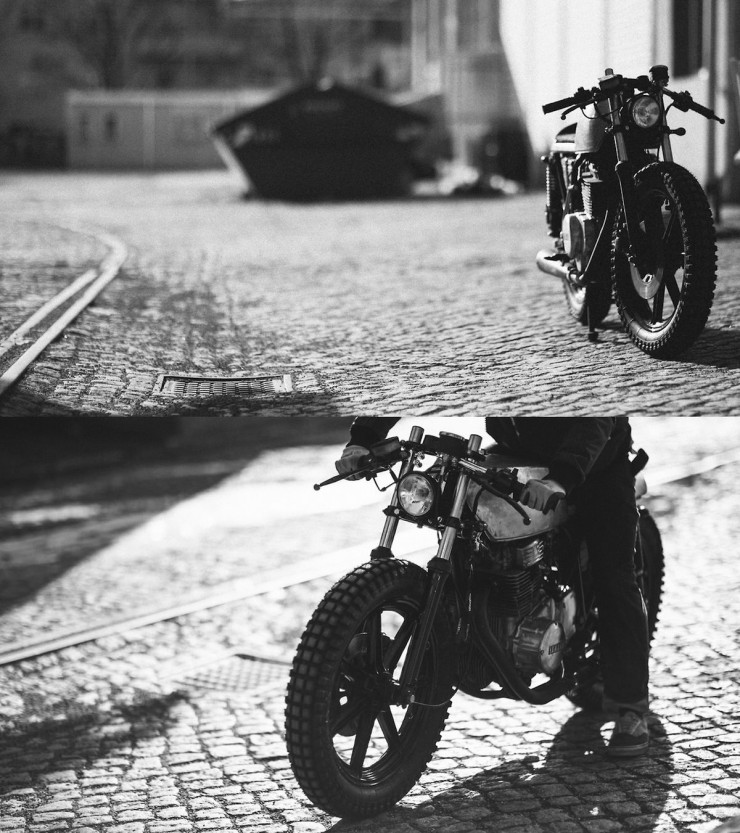 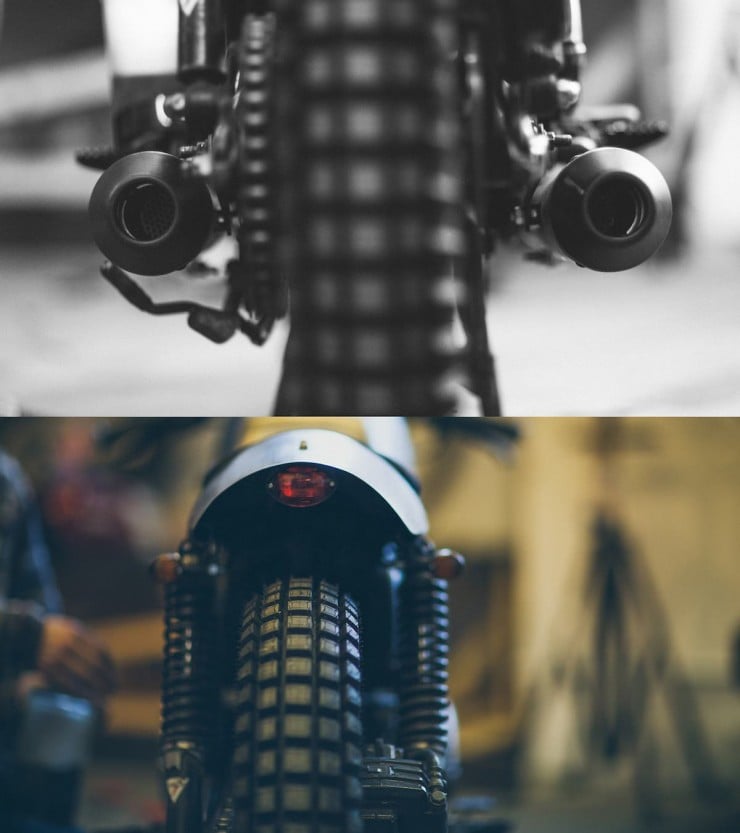 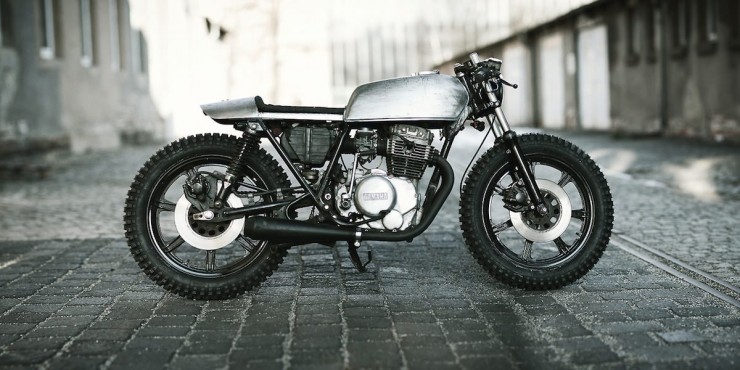 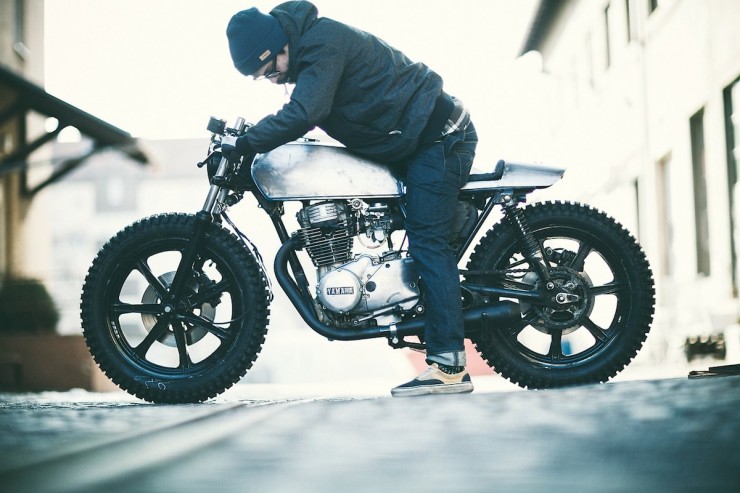 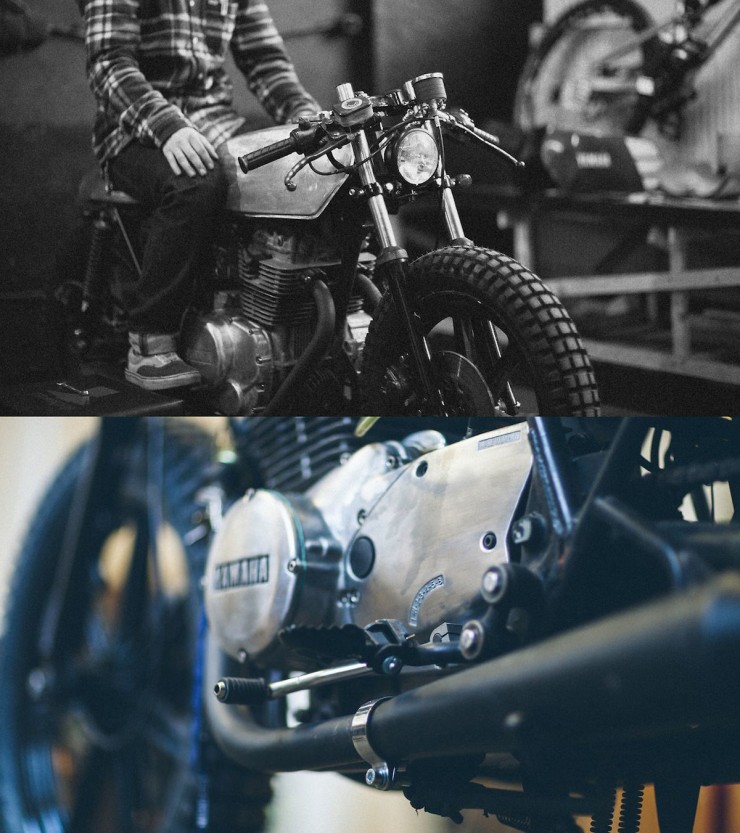 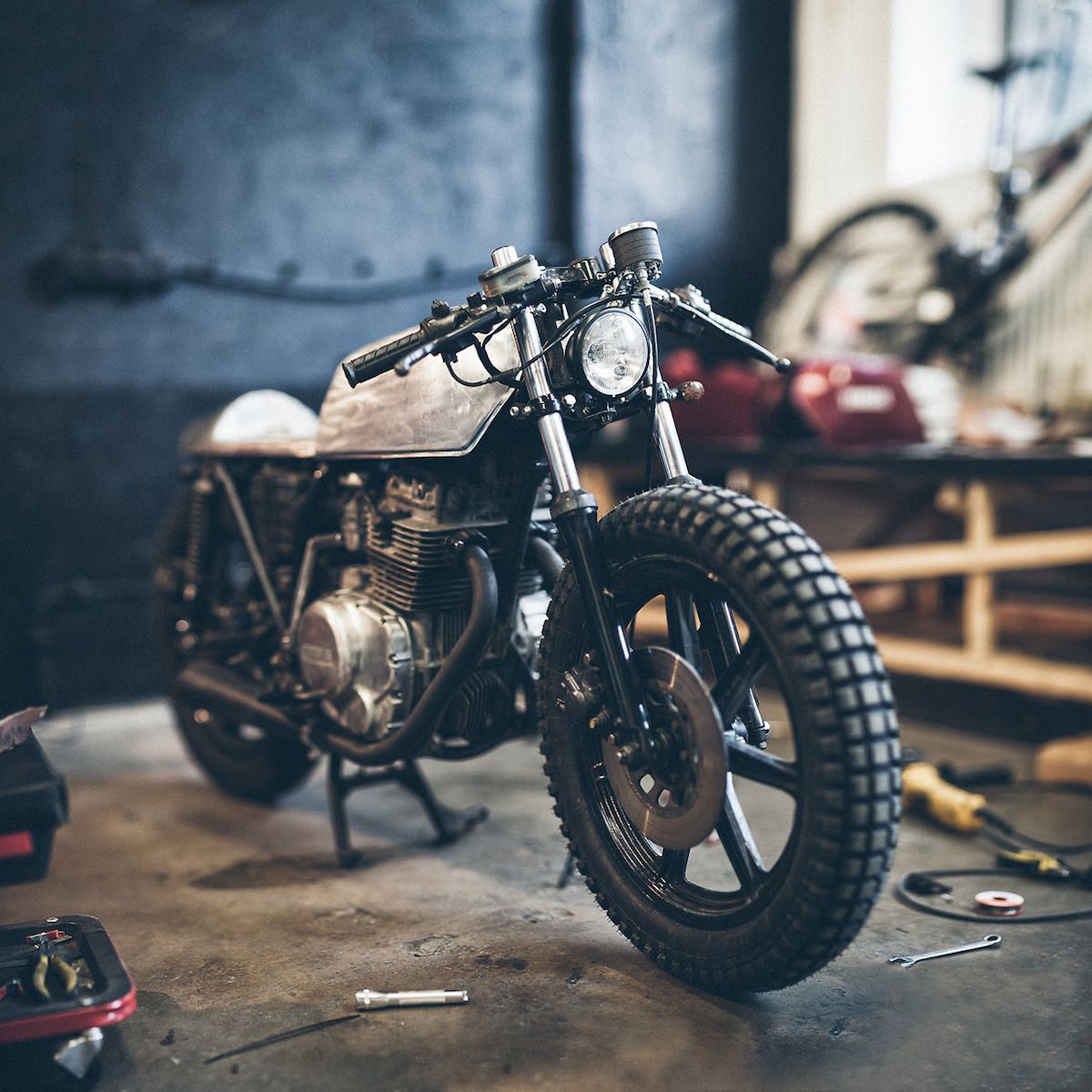