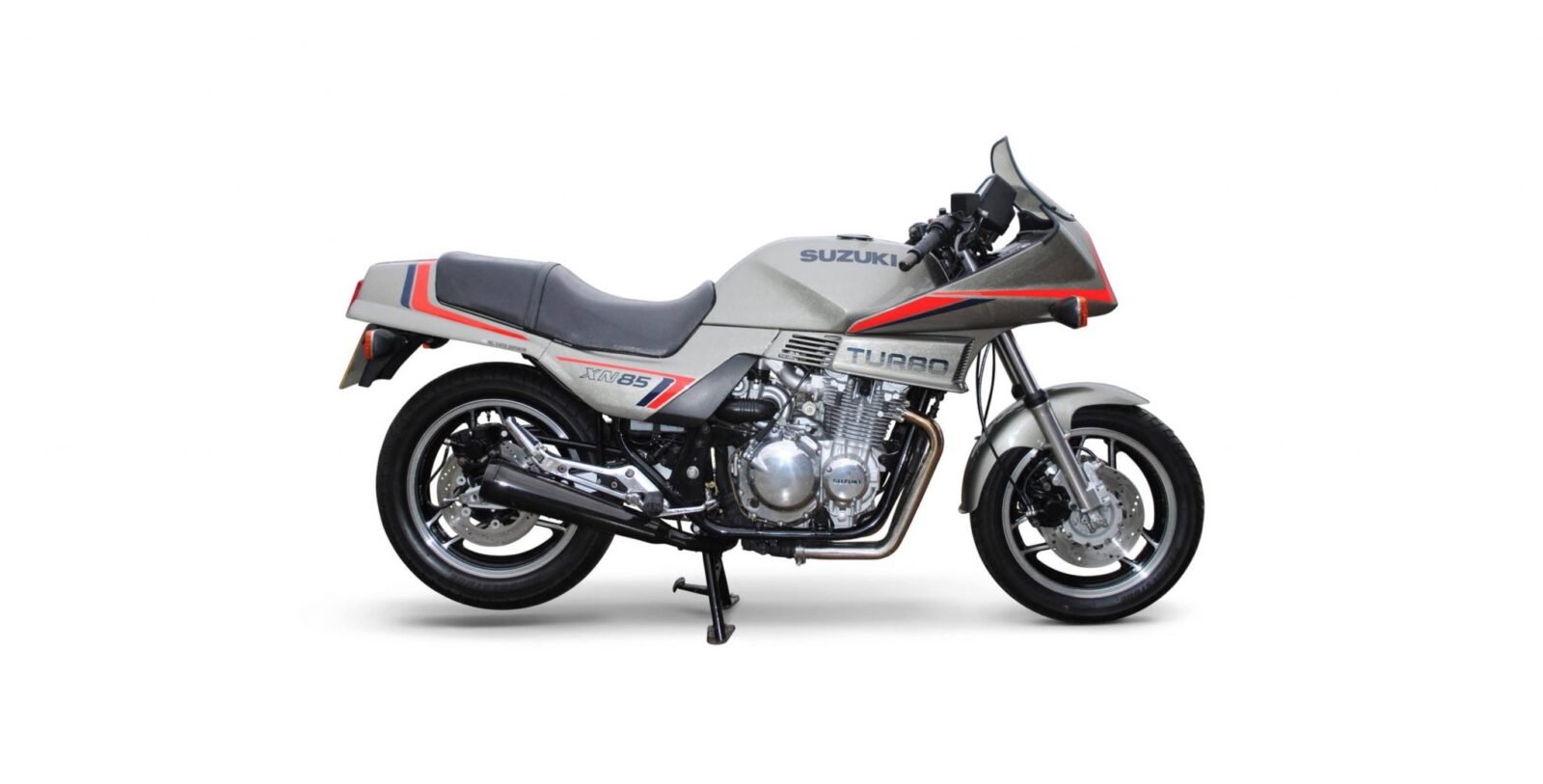 The Suzuki XN85 Turbo was the first turbo-charged motorcycle from the Japanese marque, it was a direct answer to the Honda CX500T but it upped the ante a little by offering a capacity of 673cc.

As it was Suzuki’s first crack at a turbo the boost and resulting performance was relatively modest, but this isn’t necessarily a bad thing – no one in their right mind wants an asphalt melting motorcycle that’s eventually going to fling you into a parked car.

For the XN85 Turbo Suzuki started with the tried and tested GS650 engine, it was modified significantly to handle the additional 9psi of boost and the original shaft drive was replaced with a chain drive. It was capable of 85bhp at 8500rpm with the turbo kicking in around the 5000rpm mark, although 85bhp may not sound very impressive in 2014 it was an eyebrow raising figure in 1984 – especially when coupled with the torque rating of 56.4ft lbs, a top speed of 130+mph and a dry weight of 479lbs.

Besides that exhaust-powered turbine the XN85 Turbo was famous for its Katana-style profile and its handling, reviewers at the time consistently reported that the Suzuki handled exceedingly well – notably better than the Honda CX500T and at least as well if not better than the other turbo bikes being released in the early to mid 1980s.

The XN85 Turbo you see here has just been through a well-documented nut and bolt restoration, it’s now one of the featured lots for the upcoming Bonhams Collectors’ Cars and Motorcycles Auction at the Great Yorkshire Showground on the 12th of November 2014. If you’d like to register to bid you can click here to view the listing. 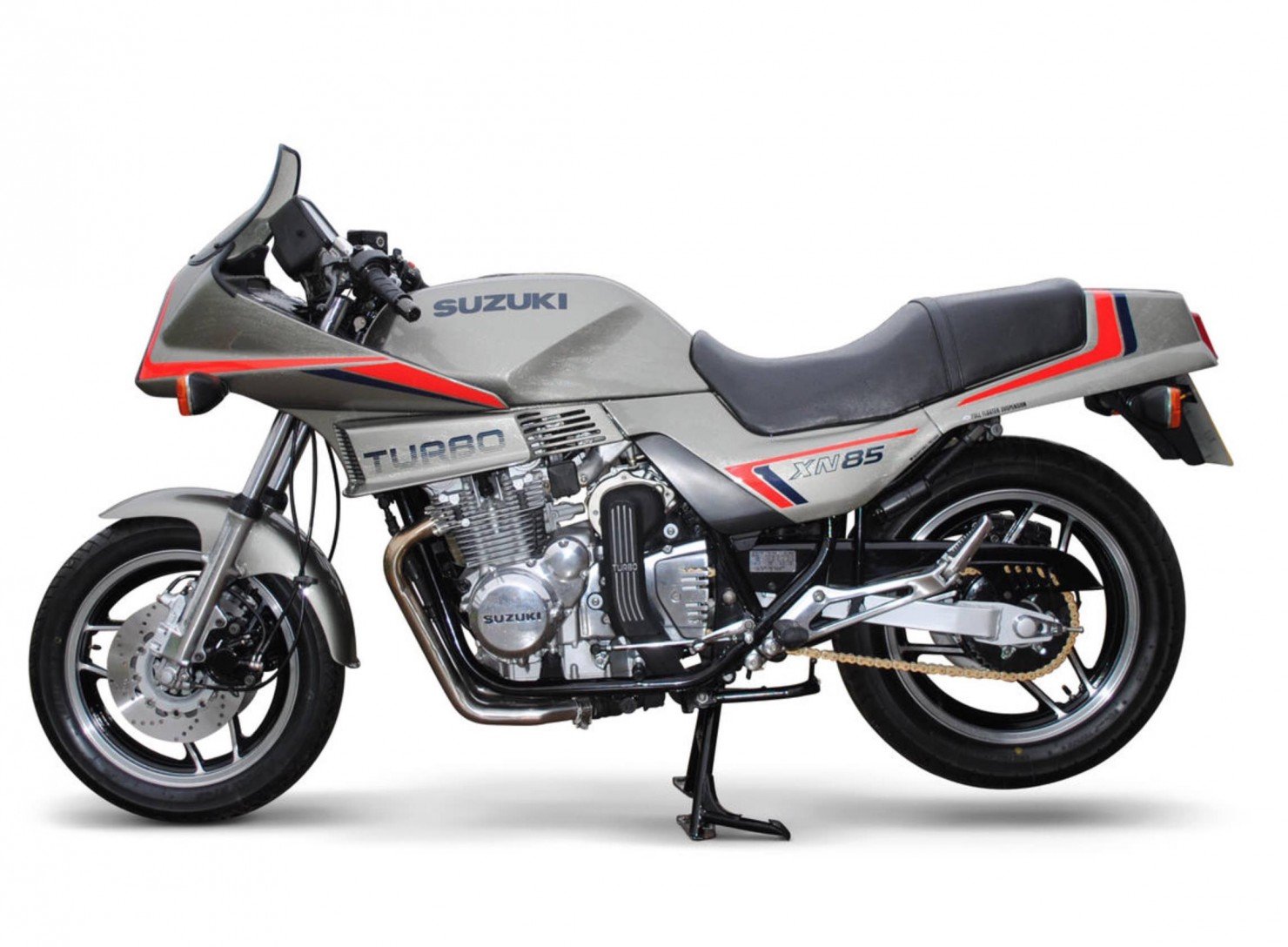 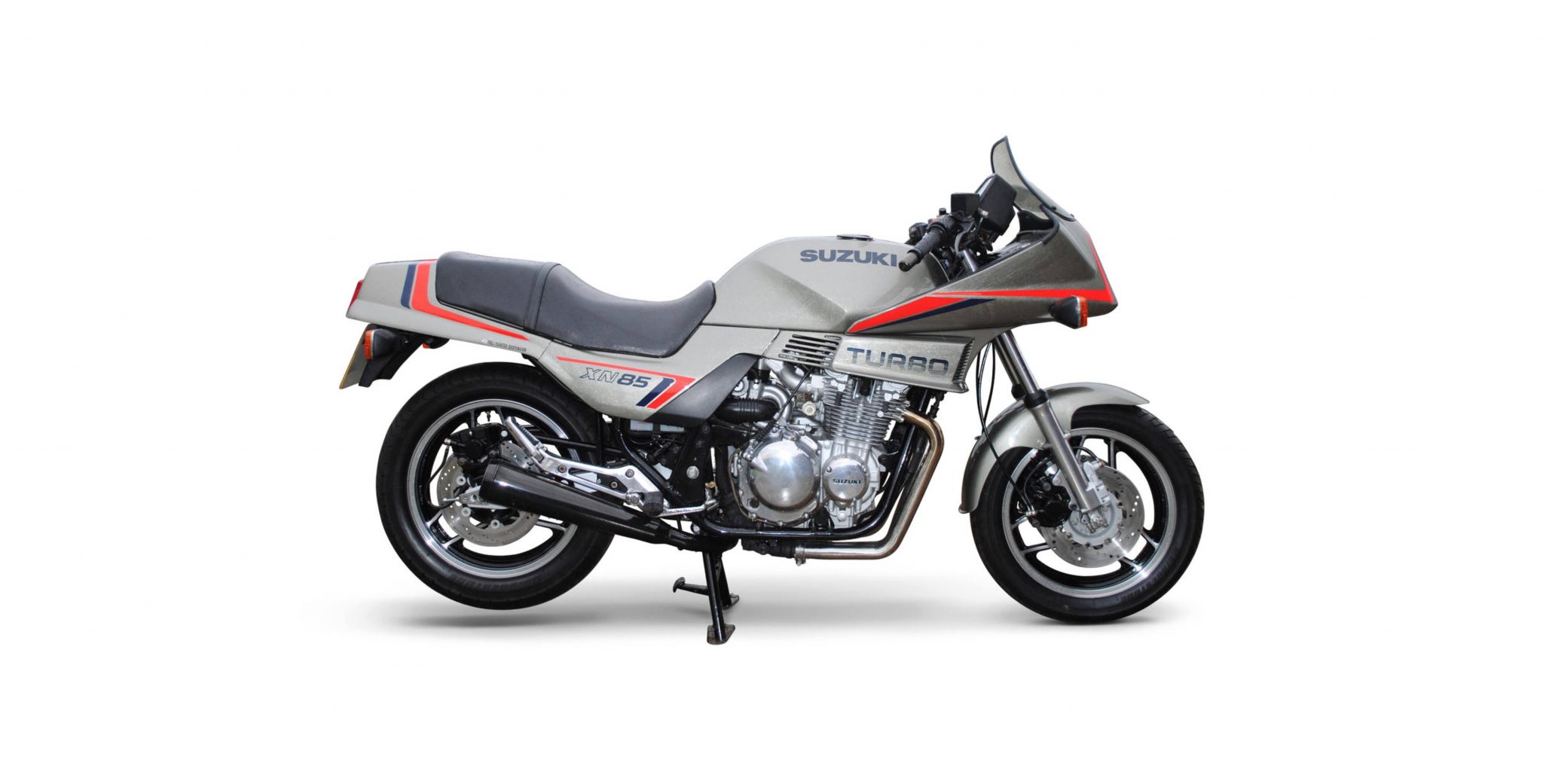