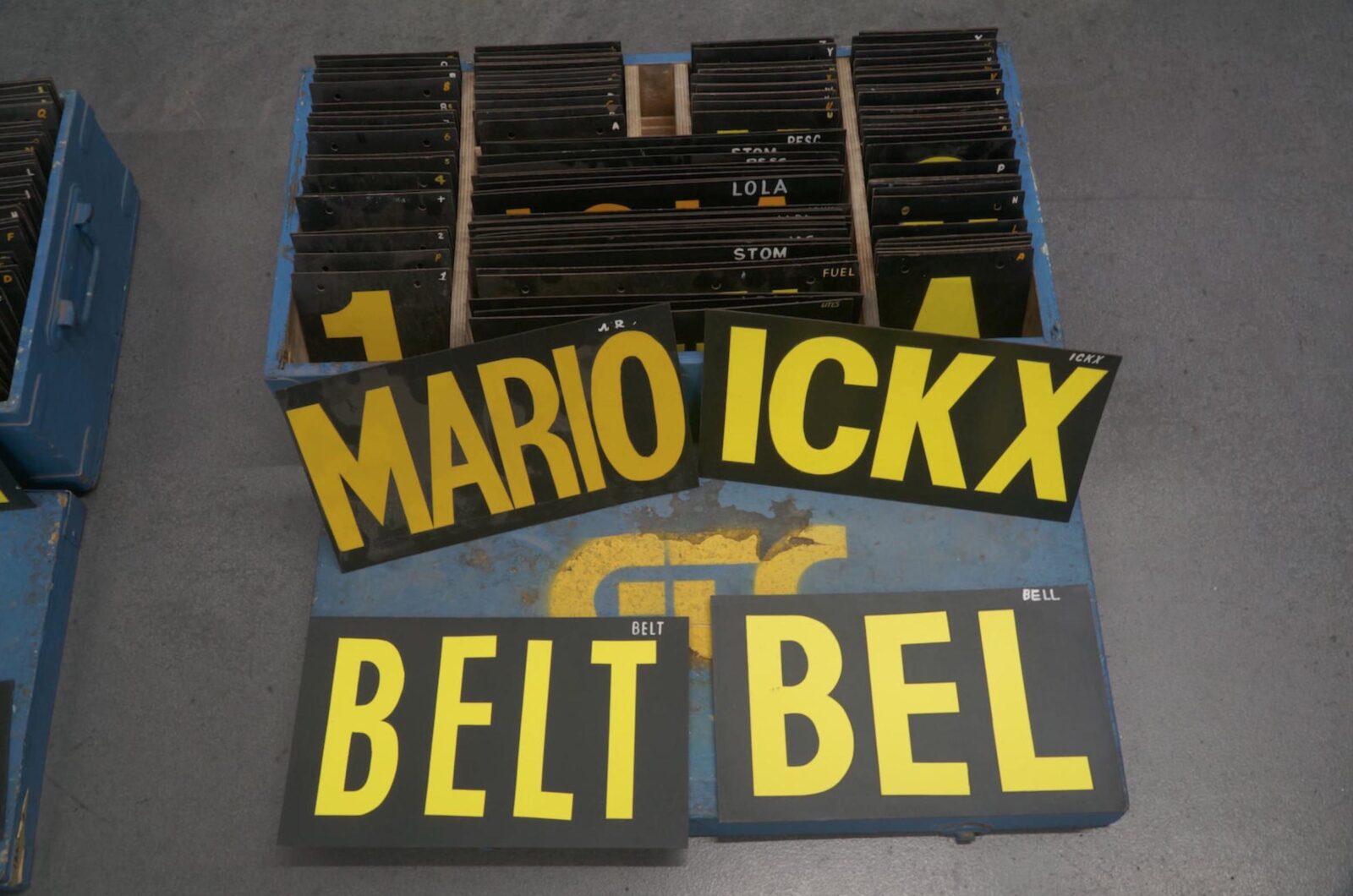 The John Wyer Team took multiple wins at the 24 Hours of Le Mans – often with cars wearing the iconic light blue and orange livery of their primary sponsor – Gulf Oil.

It would be the 1959 running of Le Mans that would give the John Wyer Team their first victory – with drivers Roy Salvadori and Carroll Shelby at the wheel of the Aston Martin DBR1. The team famously established their headquarters at the Hotel De France – 27 miles south of the circuit. They would park the race cars in the main courtyard to prepare them for the race, driving them on public roads to the circuit for practice, qualifying, and the main event.

Through the ’60s and ’70s the team would field some of the most famous endurance racing cars of the era, including the aforementioned Aston Martin DBR1, as well as the Ford GT40, the Porsche 917, and the Gulf-Mirage prototypes.

These are the original pit signaling boards and signals from the John Wyer Team, they were used from 1967 through to 1982. Inside the wooden crates you’ll find abbreviated signals for drivers like Mario Andretti, Jacky Ickx, Derek Bell – and for cars like the Jaguars and Porsches fielded by the team.

Bonhams will be auctioning these two original crates of significant Le Mans history at the Amelia Island Auction on the 8th of March with an estimated hammer price of between $3,000 and $5,000 USD – not a bad deal considering the provenance. If you’d like to read more or register to bid you can click here to visit the listing. 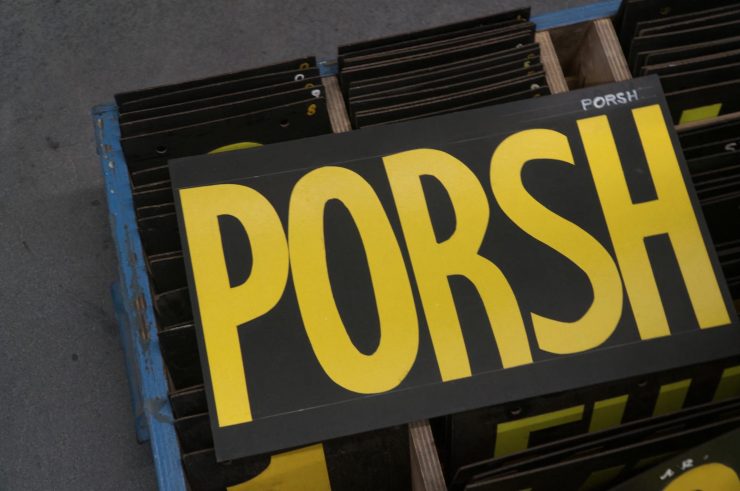 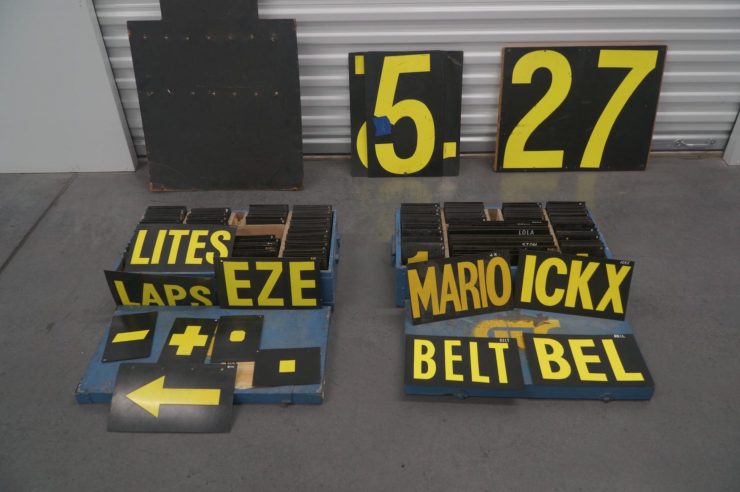 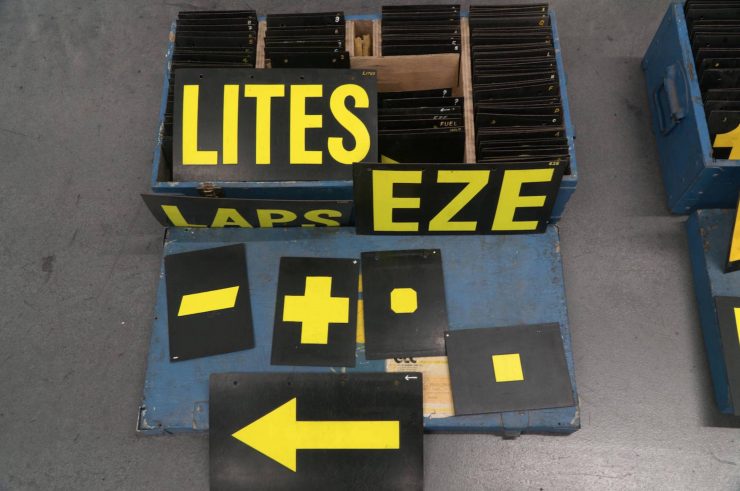 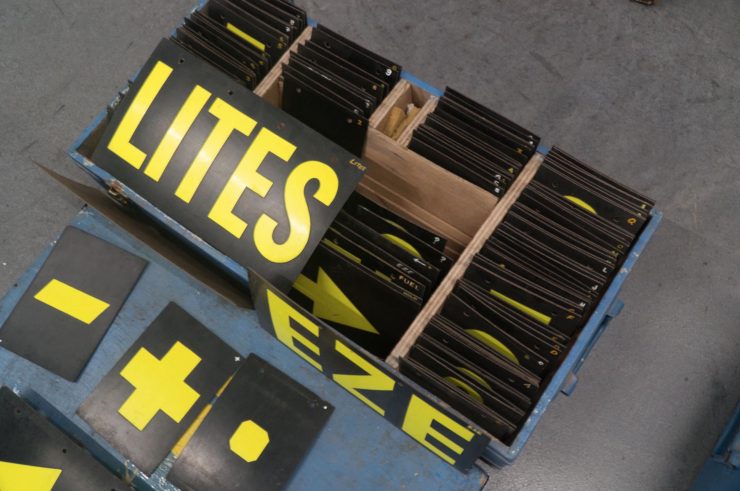 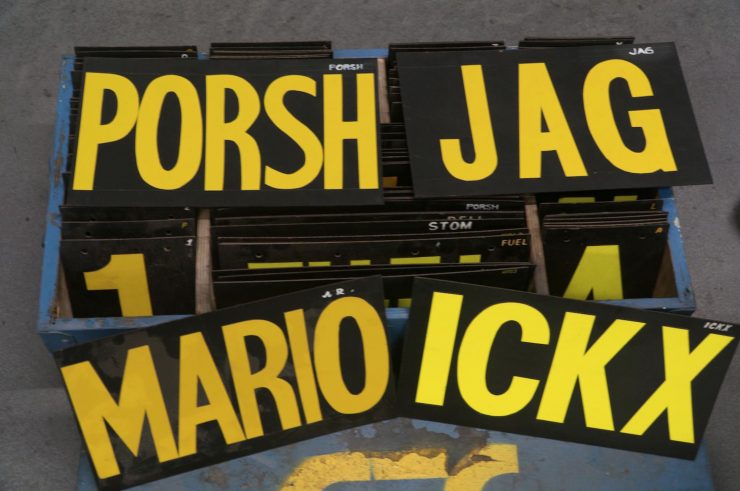 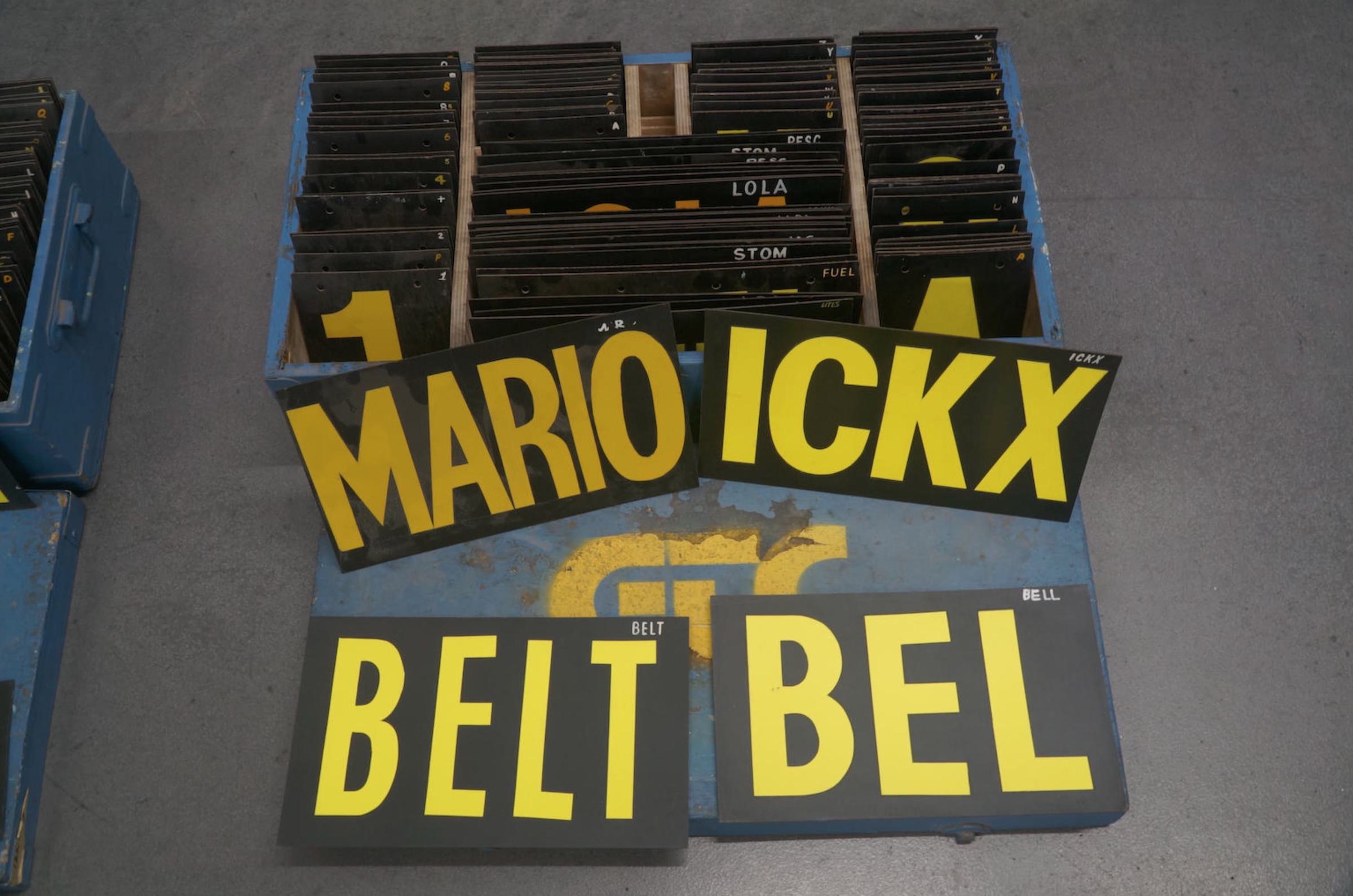