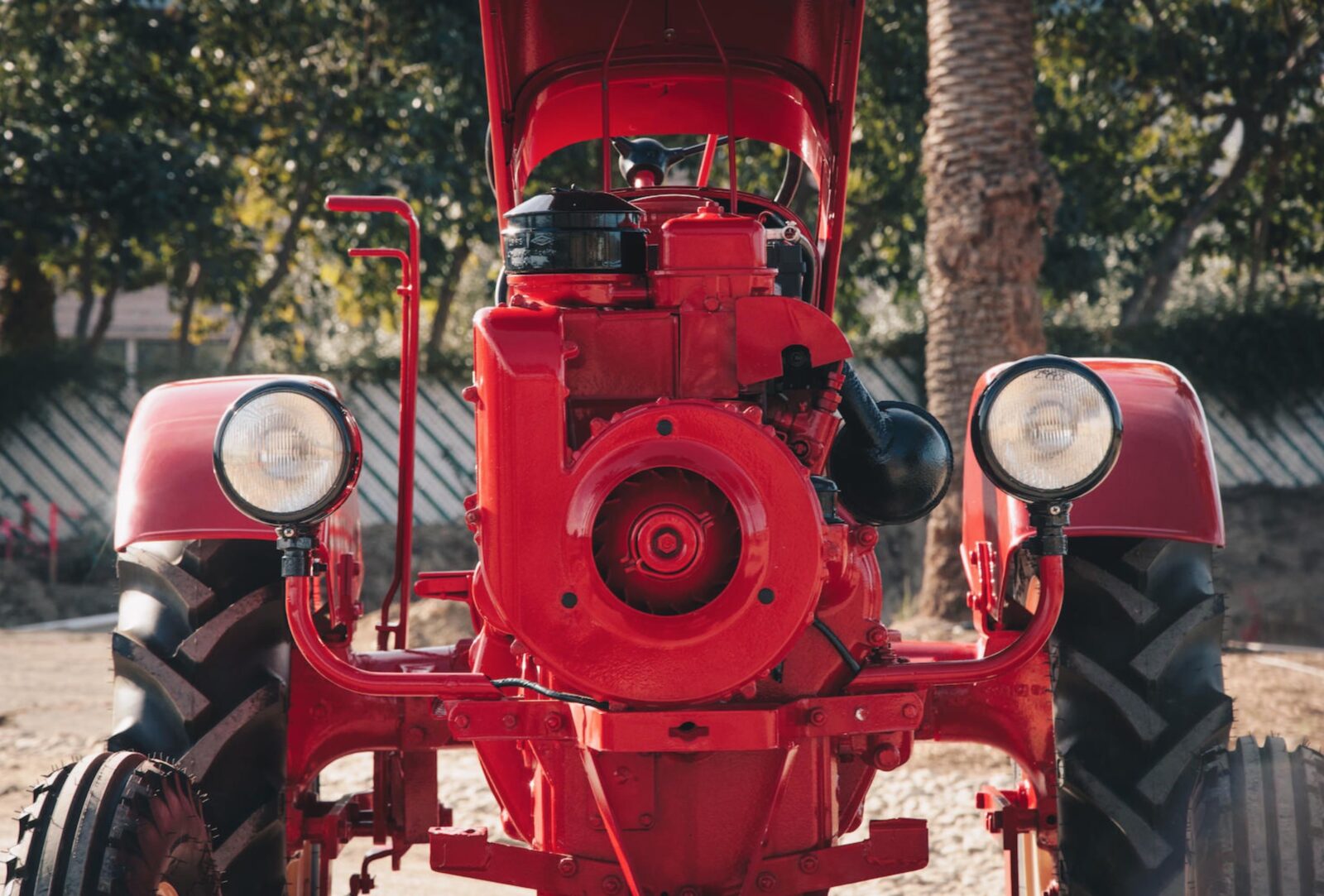 The first Porsche tractor designs were penned by Dr Ferdinand Porsche in the early 1930s alongside the early designs for the VW Beetle – the original plan was to develop a “Volks-Tractor” to be sold alongside the “Volks-Wagen”.

A Brief History of the Porsche Tractor

By 1934 there were three working tractor prototypes, all of which featured a unique (for the time) hydraulic coupling between engine and transmission. This would be a design requirement on all Porsche tractors built until production ended in 1963, because the engineers believed that farmers couldn’t be trusted to operate a clutch effectively.

It was clear from the outset that they would need at least four engine sizes, as different tractors have different jobs – some require less power power and some require far more. The difficulty was that the core design criteria was to develop engines that were very cheap to build and maintain – so having four unique engines was not an option.

Dr Porsche solved this issue by creating a new air-cooled diesel engine that was entirely modular. Each cylinder and cylinder head was detachable and individually replaceable – allowing engines made up of one, two, three, or four cylinders depending on the crankcase. 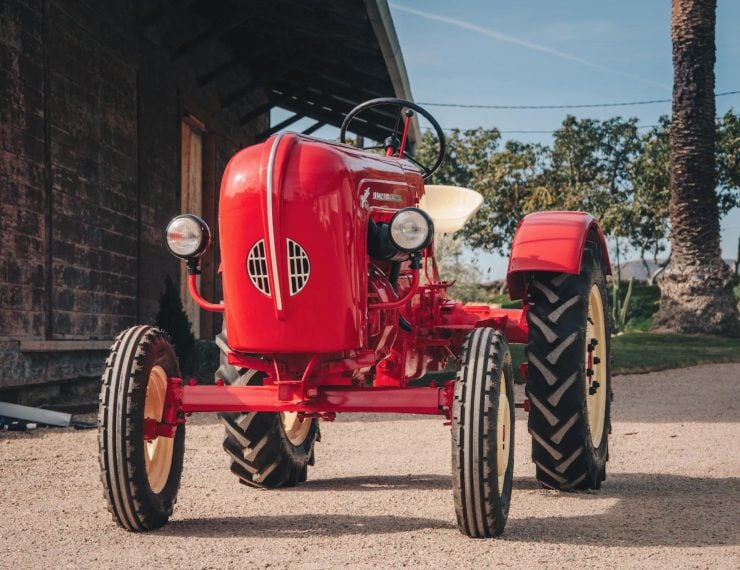 The onset of WWII stopped development work on the Porsche tractor, and after the war ended only companies that had been building tractors before the war were allowed to resume production. This meant that the only way to get the Porsche-Diesel into production was to license it, so the German production was licensed to Allgaier GmbH and the Austrian license was sold to Hofherr Schrantz.

In 1956 Mannesmann AG bought the license to build Porsche tractors and invested heavily into re-fitting the old Zeppelin factory just west of Friedrichshafen. Over the course of the production run over 125,000 Porsche tractors would be build and shipped all over the world – and thanks to their solid construction many thousands of them are still operational.

Of all the models that were produced, the most popular was the Porsche Junior 108. It was the smallest and most affordable of the Porsche tractor model range, and its single cylinder air-cooled diesel engine was both economical to run, and very hard to break.

The diesel engine has a capacity of 822cc and is capable of 15 hp at 2250 rpm, and there’s a power takeoff at the rear to allow farm machinery to be operated. The engine uses Bosch diesel injection, and it’s coupled to a 6-speed transmission – it would be almost half a century until road-going Porsches received that many cogs.

The 1961 Porsche Junior 108 you see here is a cousin of the timeless Porsche 356, and just like its two-doored relative it has timeless styling, and air-cooled motor, and rear wheel drive. This tractor has benefitted from a recent comprehensive restoration to immaculate condition, and it’s finished in the traditional red, with the correct off-white finish on the wheels and seat.

Although Lamborghini might be more famous for their tractors, I’d dare to suggest that the Porsche tractors are actually prettier, and they’re perfectly sized for active duty on small farms, orchards, and vineyards. If you’d like to read more about this tractor or register to bid you can click here to visit the listing on Bonhams. 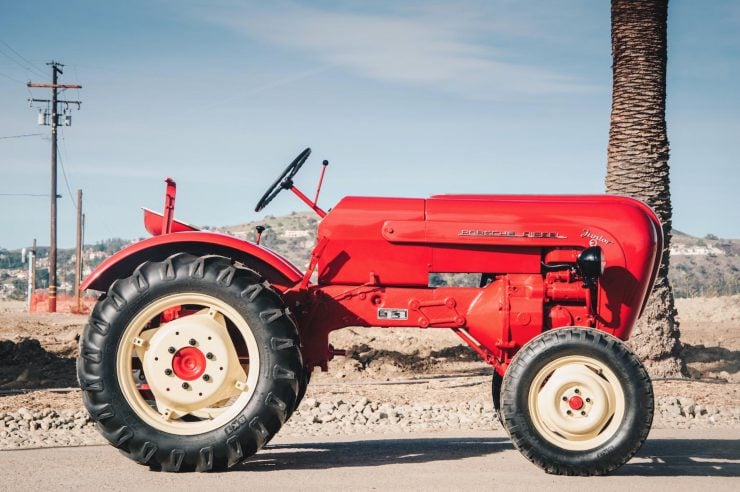 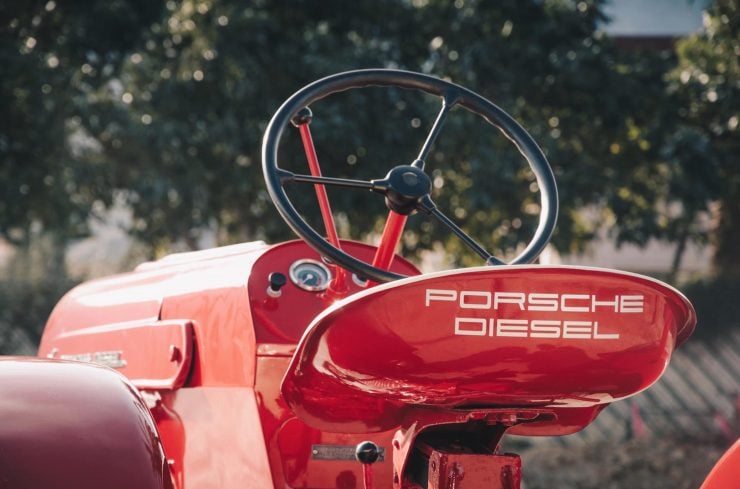 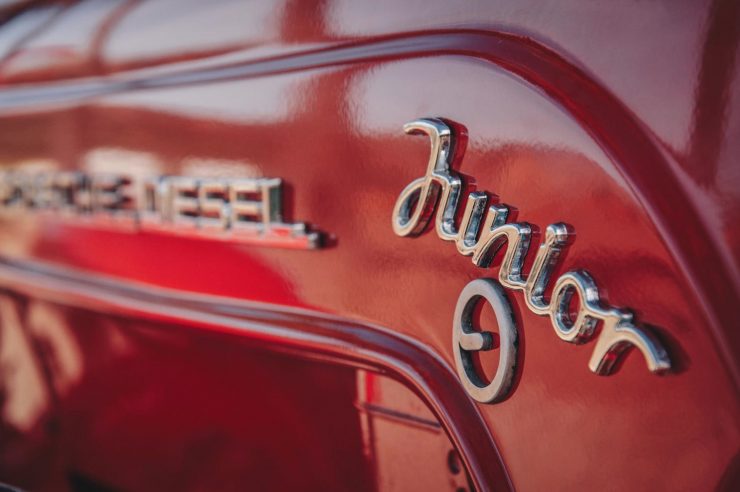 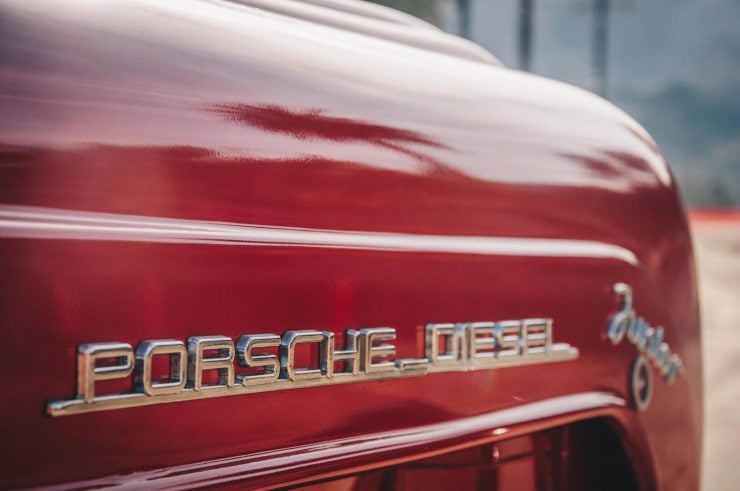 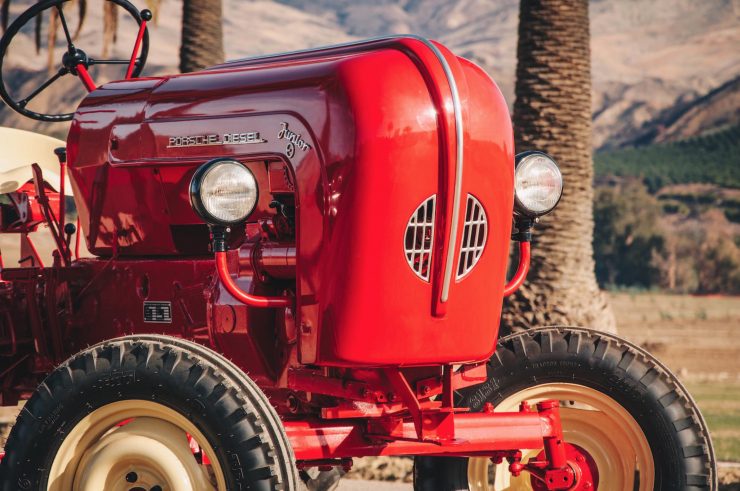 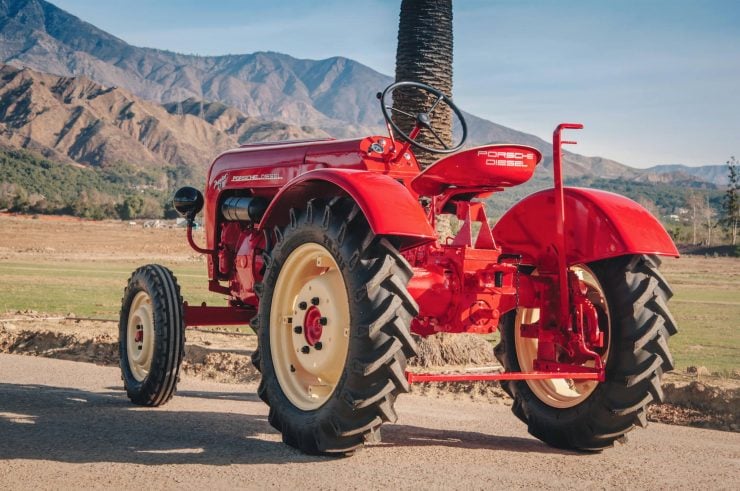 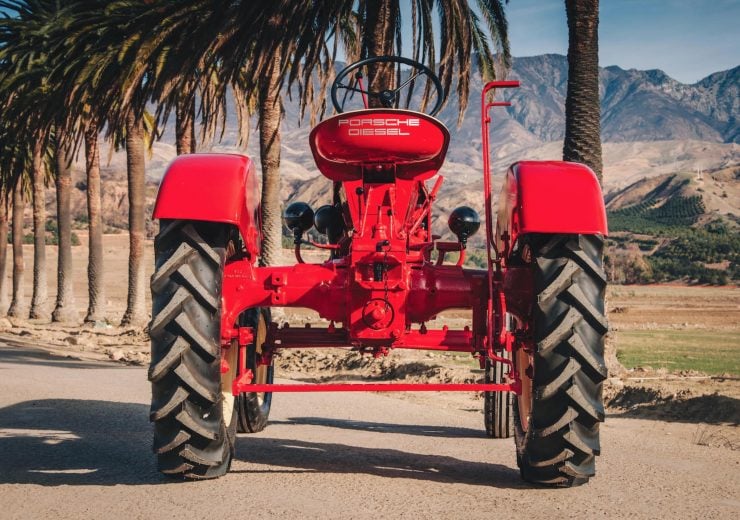 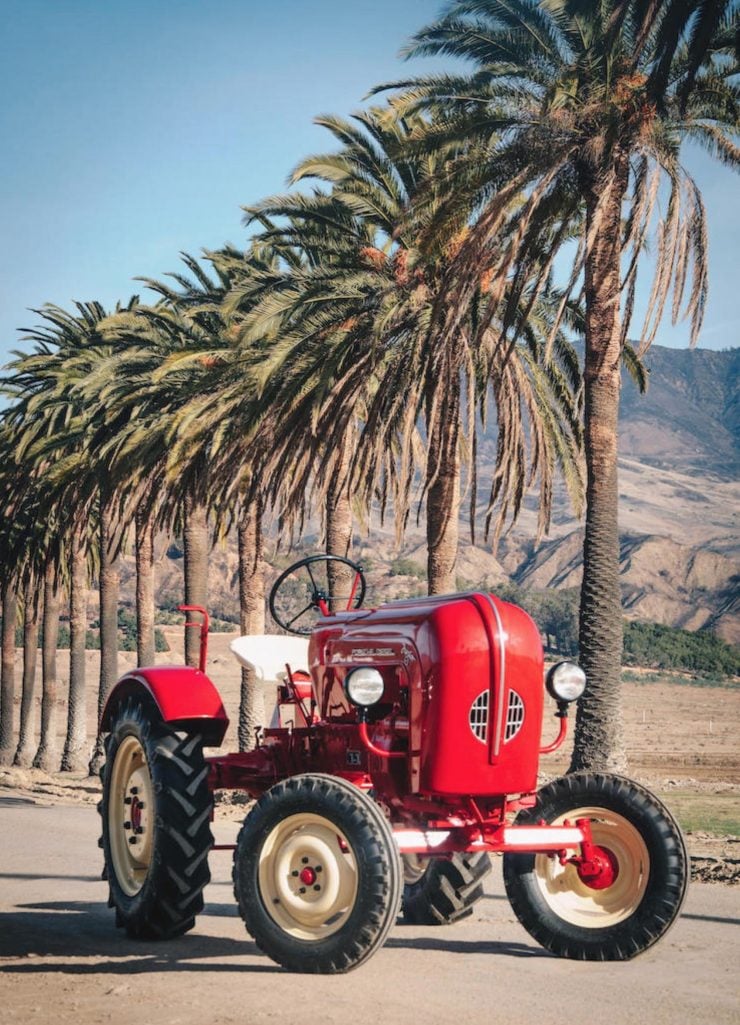 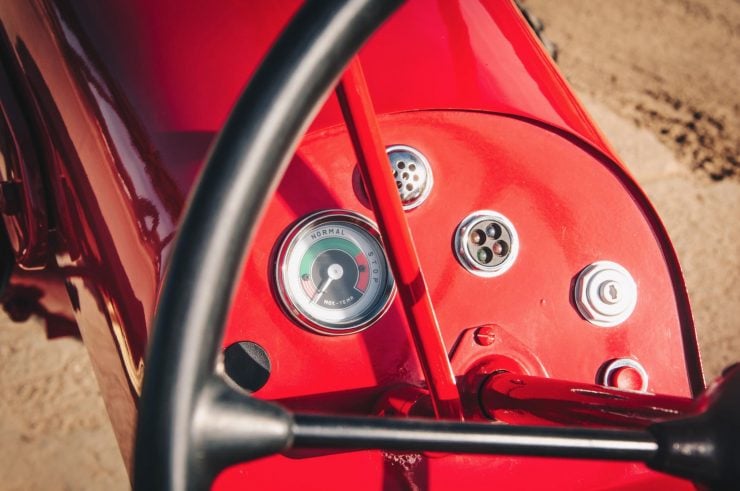 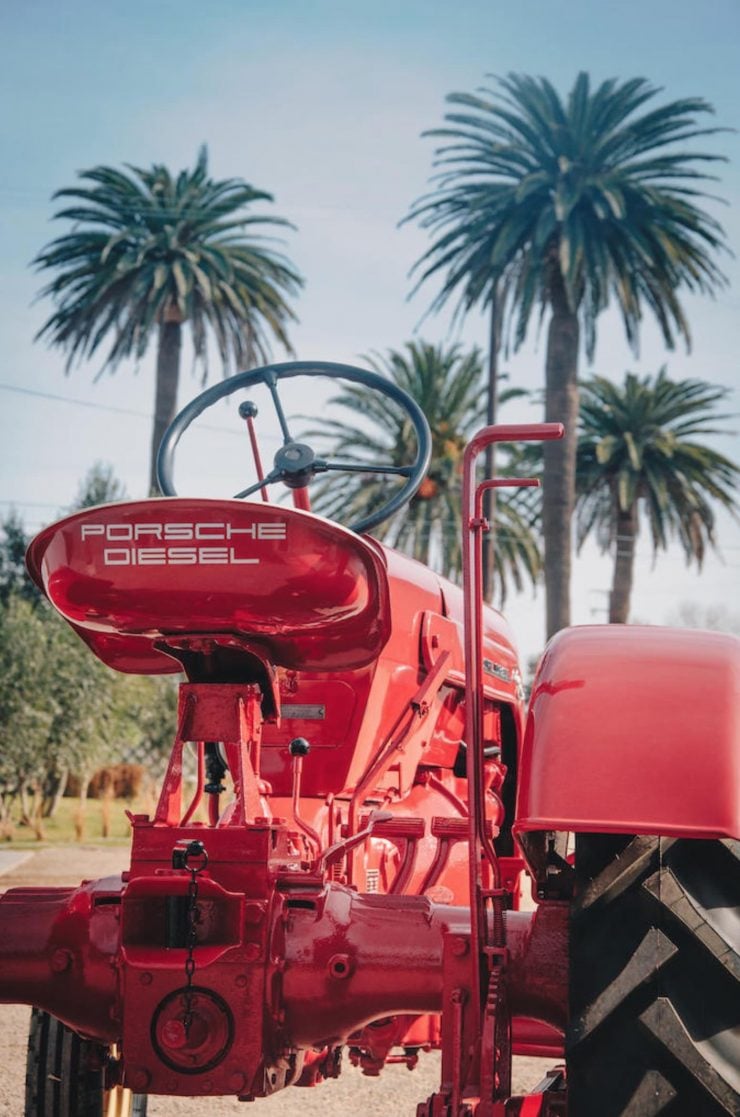 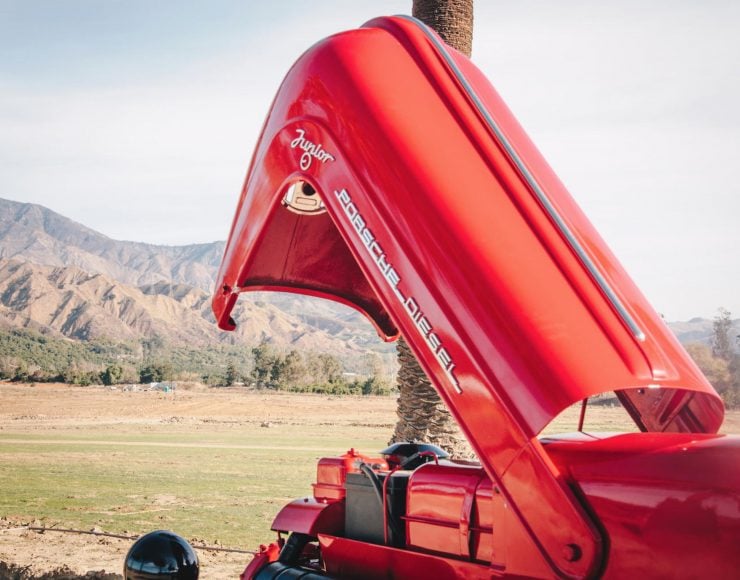 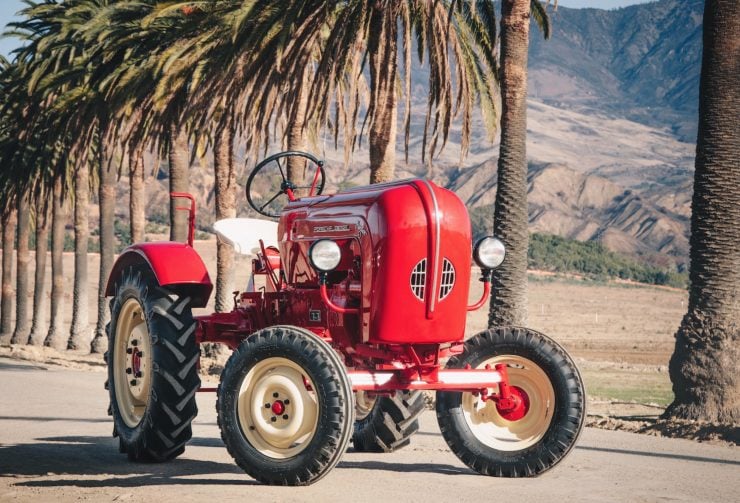 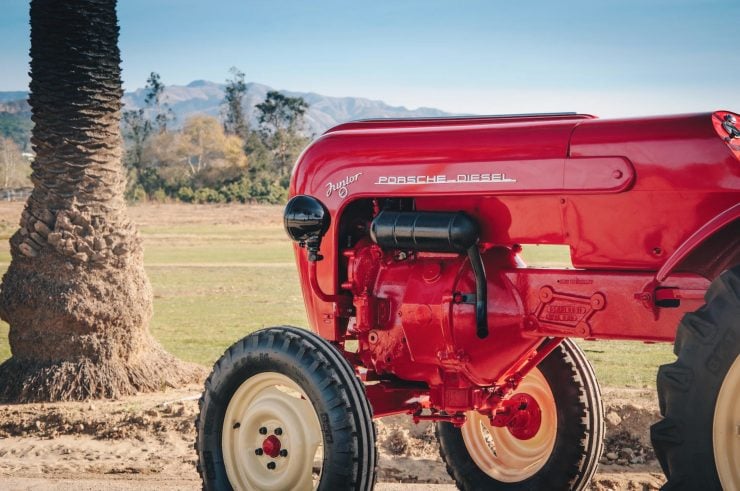 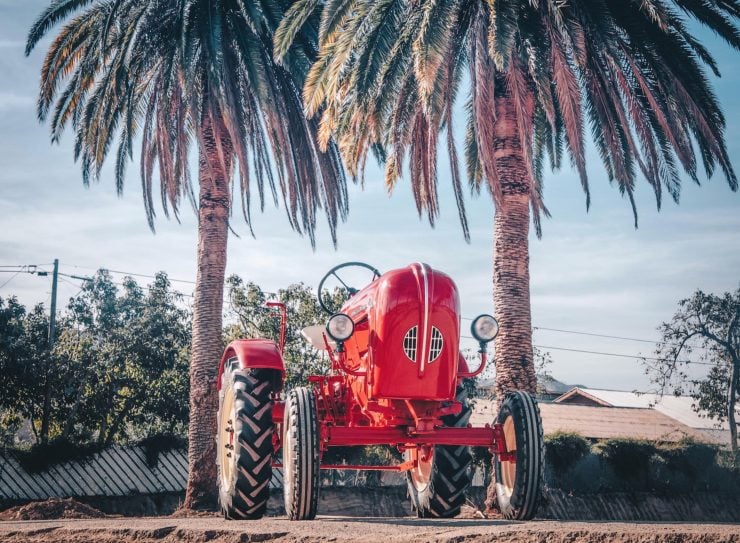 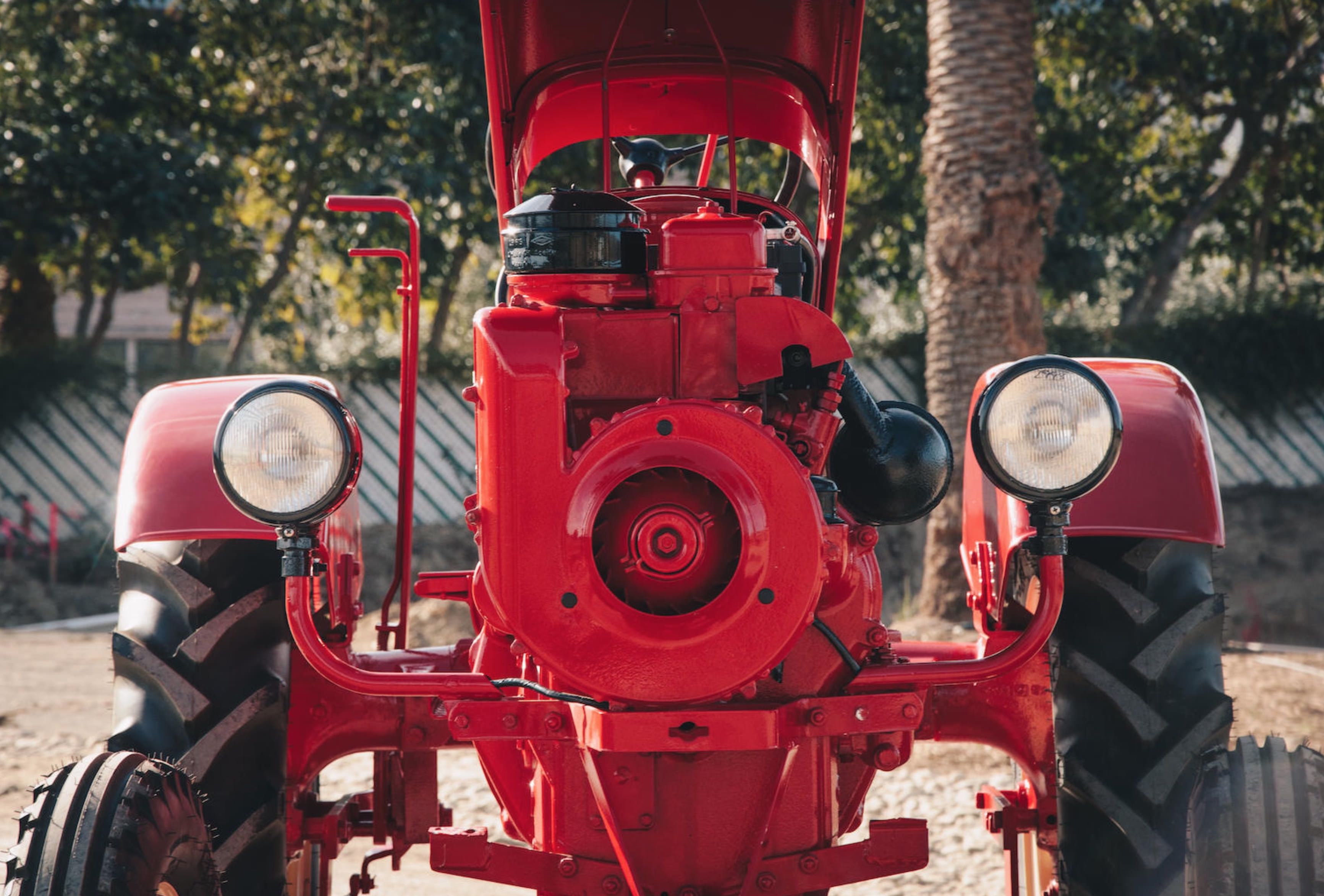