John Lennon’s Monkey Bike might not be something you thought you’d be reading about when you woke up this morning, but there it is. Lennon bought the Monkey Bike, a 1969 Honda Z50A, brand new at the end of the ’60s and used it around his Tittenhurst Park estate – often with a young Julian Lennon onboard.

Monkey Bikes, otherwise known as the Honda Z-series, had originally been designed as a children’s bike for a Japanese amusement park. They proved to be an accidental smash hit – beloved by children and adults alike. Honda put the small motorcycle into production, and they first arrived in Europe and the USA in the mid-1960s.

Initially the Monkey Bike was powered by an air-cooled, four stroke, overhead cam, 49cc engine, with a single cylinder, a single carburetor, and a single exhaust. These little motors were notoriously tough, and could propel even the heftiest of adults, albeit at reasonably slow speeds.

Due to their small size and how easy it is to transport them, Z-series motorcycles became a common sight in the pit lanes of many of the world’s greatest race tracks. They offered an excellent way of navigating the pits, paddock, and other areas, and could then be tossed into the back of a truck or a car trunk when it was time to move on to the next race.

Tittenhurst Park is an original Georgian country house sitting on 72 acres London Road at Beggar’s Bush near Ascot. John Lennon and Yoko Ono lived there from 1969 till 1971, then sold the property to fellow Beatle Ringo Starr who lived there with his family until the late 1980s.

With 72 acres at his disposal, it’s likely that the little motorcycle got its legs stretched often, and one of the period photographs of John (as can be seen above) show him on the bike with his son Julian on the back.

John bought the Honda Z50A the same year he bought Tittenhurst Park, and sold it in 1971 when he sold the estate, likely using the bike for adventures around the grounds and collecting the mail from the front gate.

The Monkey Bike was bought by a family directly from John in 1971, and they kept it tucked away safely over the past few decades – thankfully they were also wise enough to keep it in largely unrestored condition, leaving all the original patina in place from its famous original owner.

The bike is now accompanied by an extensive history file including the green log book, old MOTs, a Honda dating letter, and more. It’s listed as being in running order with the correct frame and engine numbers (Frame: Z50A-147116 – Engine: Z50AE-146584), and importantly it’s still registered with the original registration number as it was in Lennon’s time XUC 91H.

If you’d like to read more about this bike or register to bid you can click here to visit the listing on H&H Auctions. The estimated hammer price is £20,000 to £40,000, possibly making this the single most valuable Monkey Bike in history.

Editor’s Note: The image of Lennon on the bike has been colorized, it was black and white originally. This is why the bike looks black rather than red. 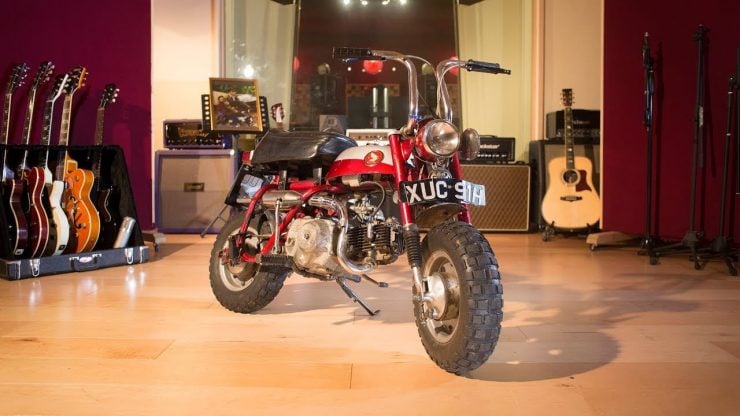 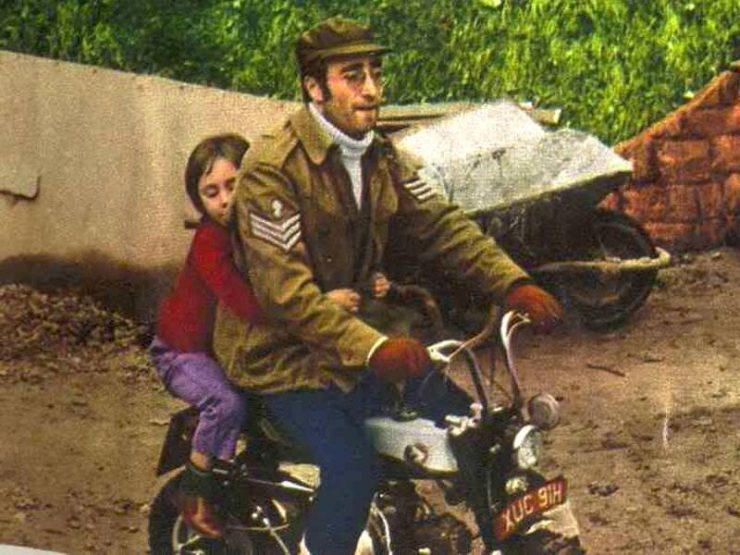