So usually we feature just 1 item per post here at Silodrome, today we have 5. Although if you combine the weight of them they’d probably amount to a single normal-sized motorcycle. These bikes and many others are coming up for auction with Bonhams on the 20th of October 2013. 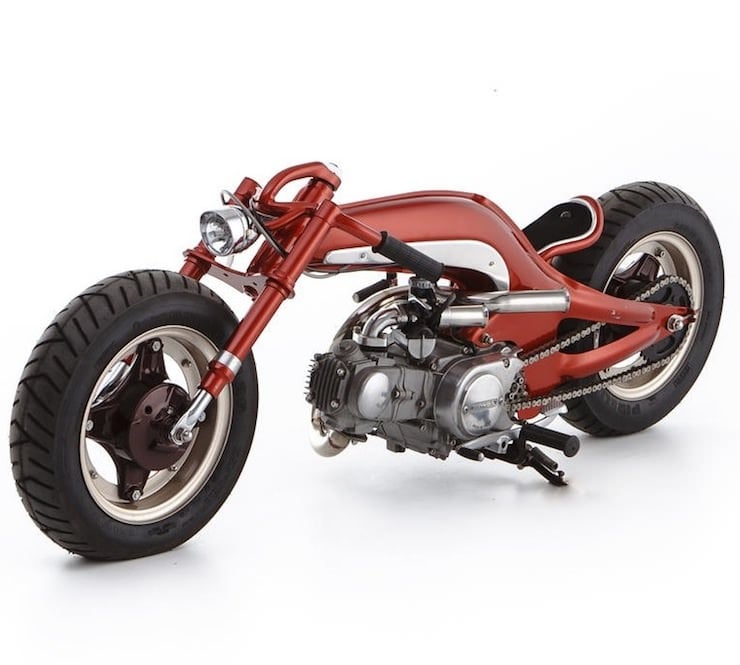 This Honda ST50 Dax was hand-built by Japanese custom motorcycle legend Seigu Ikeuchi, whose company Bodyline Customs is one of Japan’s foremost custom vehicle builders. It was inspired by the long, low motorcycles used for drag racing although with its 4.5hp rating from its 49cc engine, it probably won’t break the 11 second 1/4 mile. 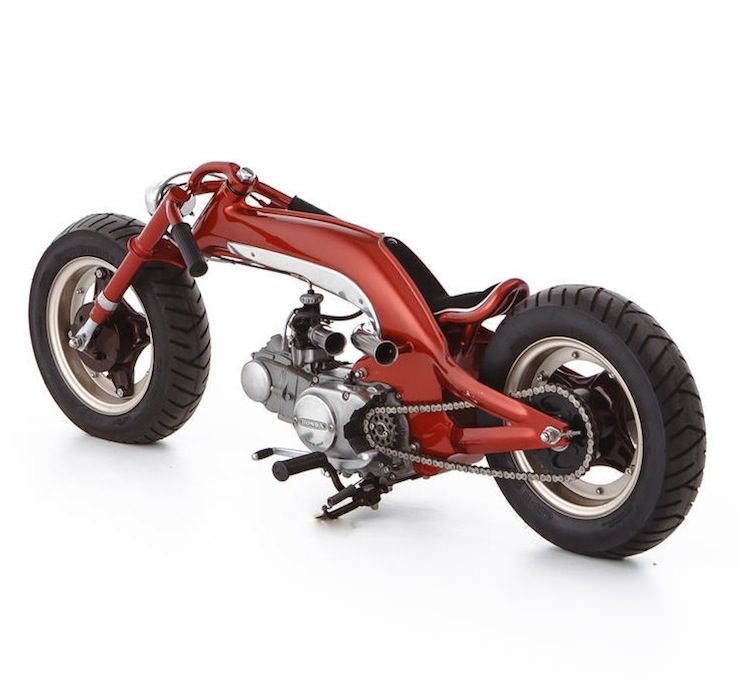 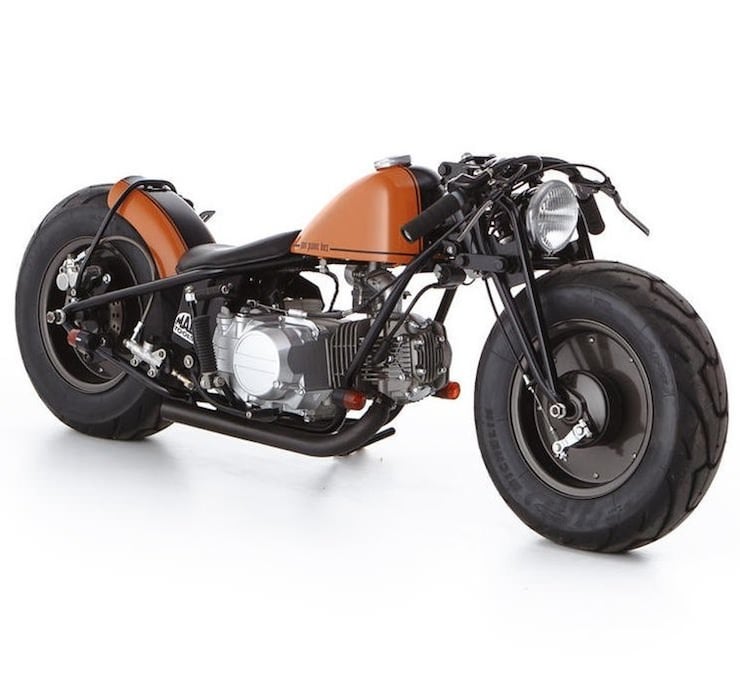 This Monkey has all the hallmarks of a Shinya Kimura bike, it looks an awful lot like Shinya’s work for Zero Motorcycles although with a 49cc engine, it probably doesn’t sound quite as throaty. One of the benefits of this bike versus Monkey #1 is that you’re far less likely to suffer genital burns from the exhaust pipe. 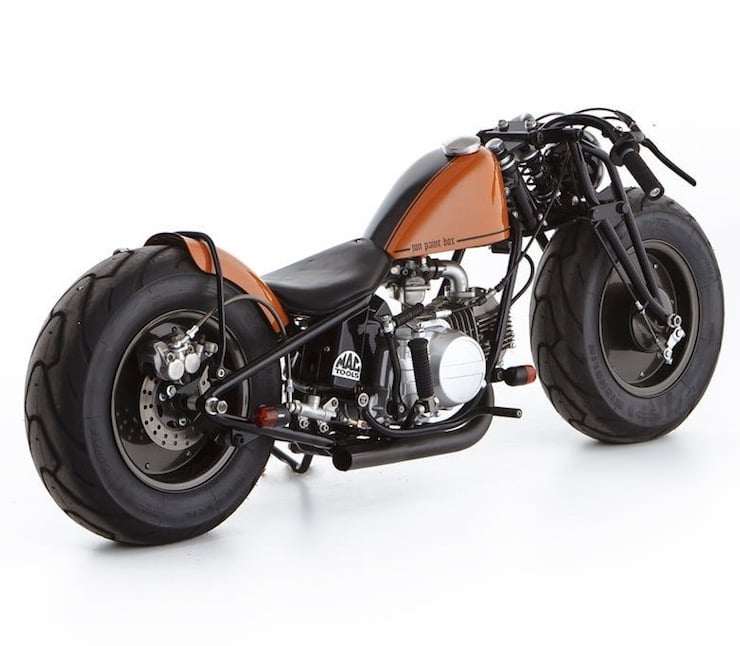 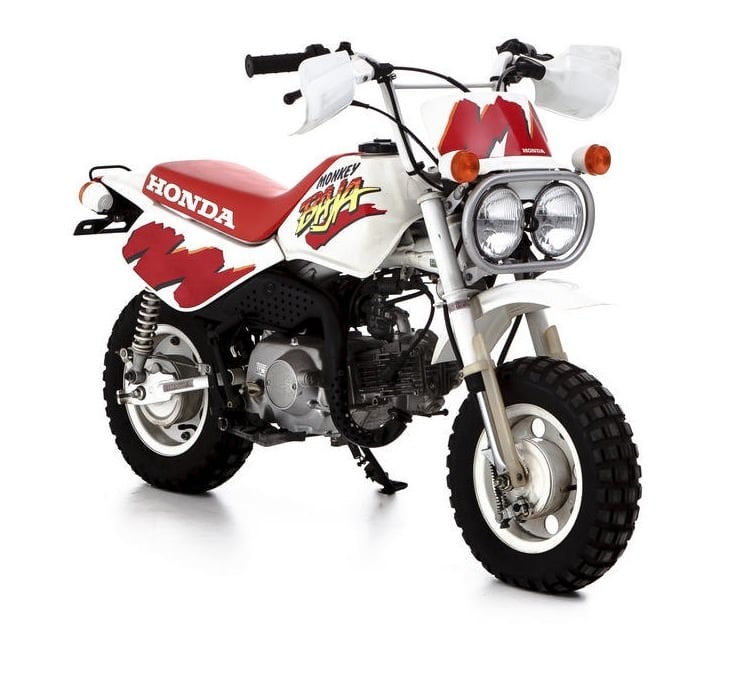 If I could only choose one, this would probably be it. A miniature “Baja” race bike that looks for all the world like it’s ready to take on the Southern Californian desert, this little beast is possibly the all-time greatest “pit bike” you’ll ever see. If you actually take it out and race it across the Baja desert you’ll instantly become a motorcycle legend. If you survive. 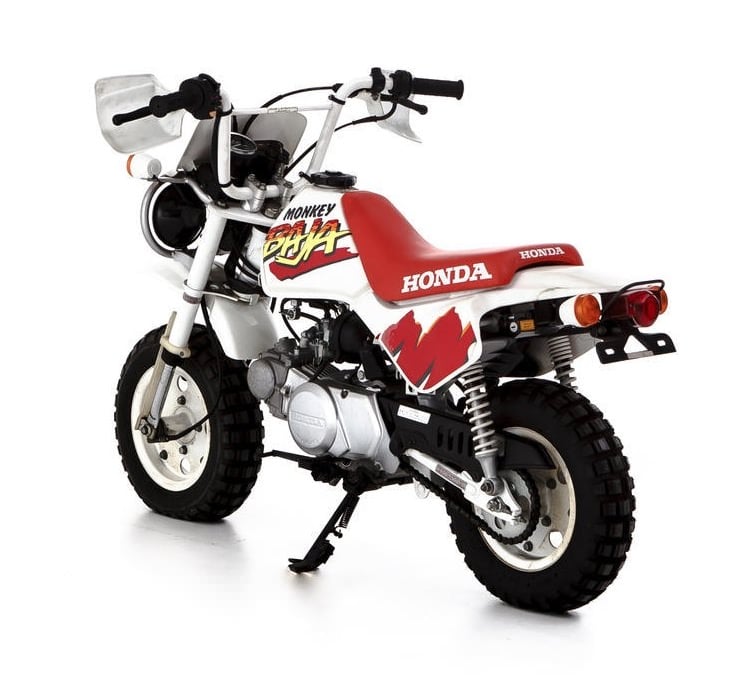 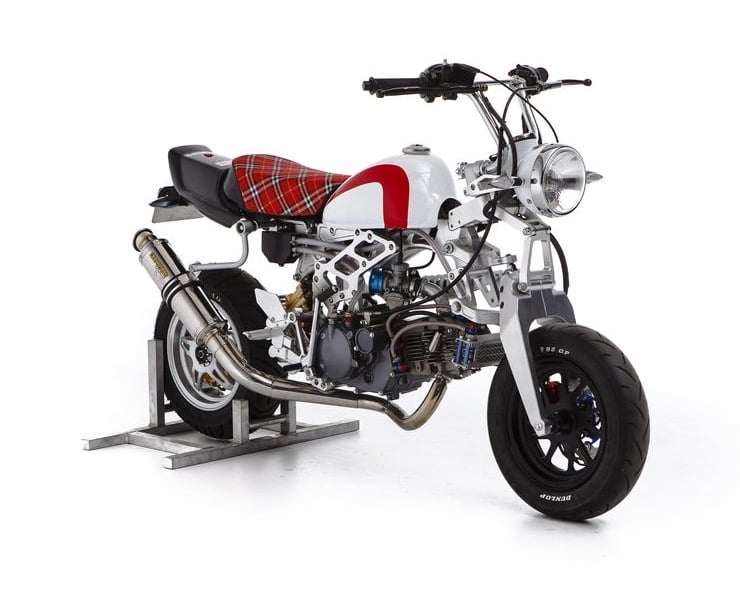 This is by far the most technologically advanced Monkey here, in fact it’s not even really a Monkey. It was built by Kunshan Kepspeed Metal Company in China, they specialise in manufacturing parts and accessories for Honda Monkeys, their catalogue is so extensive that it’s possible to build a complete, customised bike. The model you see here has a 149cc engine rated at 13.1hp which is good enough to propel it to a top speed of over 80mph. If you dare. 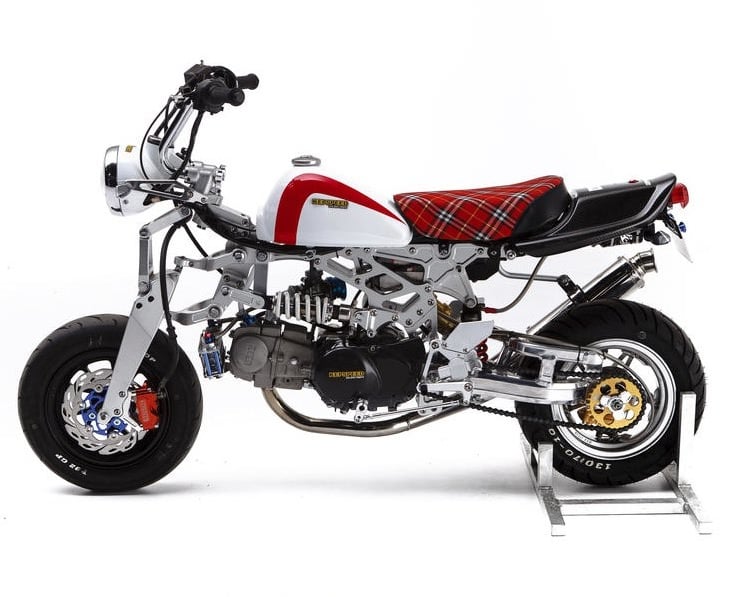 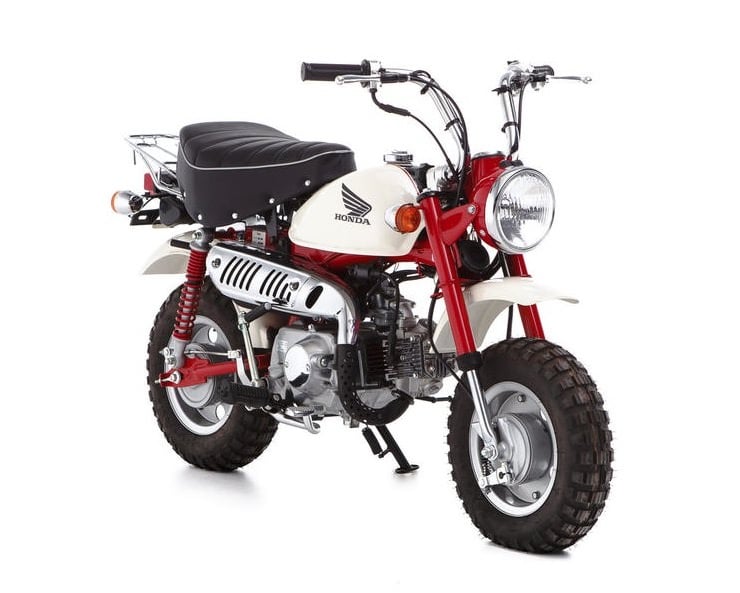 This is an original, 2007 model Honda Monkey – making it one of the last of the originals ever made. Honda switched to a newly designed, fuel injected Monkey in 2008. Although it’s always been relegated as a pit-lane or “fun bike” the Monkey has earned itself a place in history, it’s been used and loved by some of the biggest names in motorsport (both 2 and 4 wheel) since its introduction in 1964. 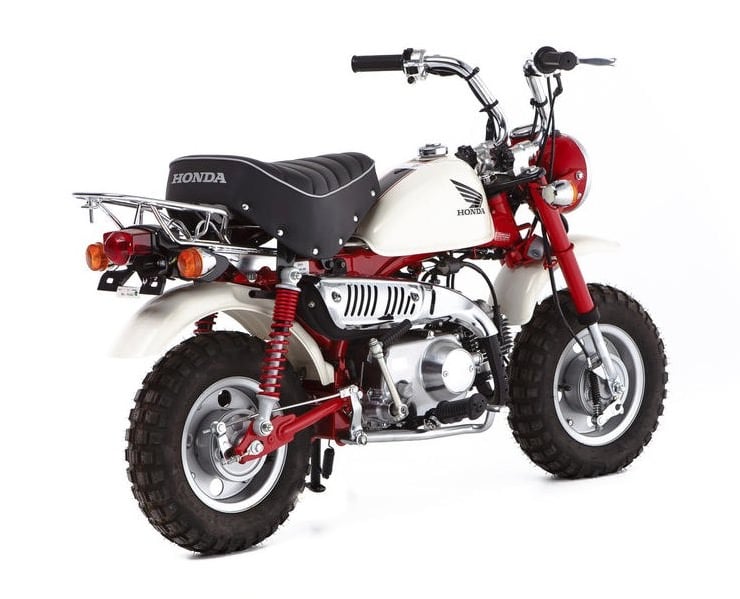 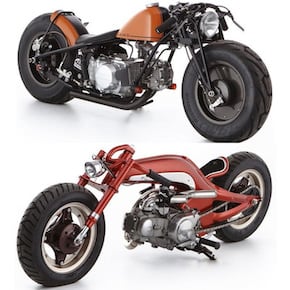