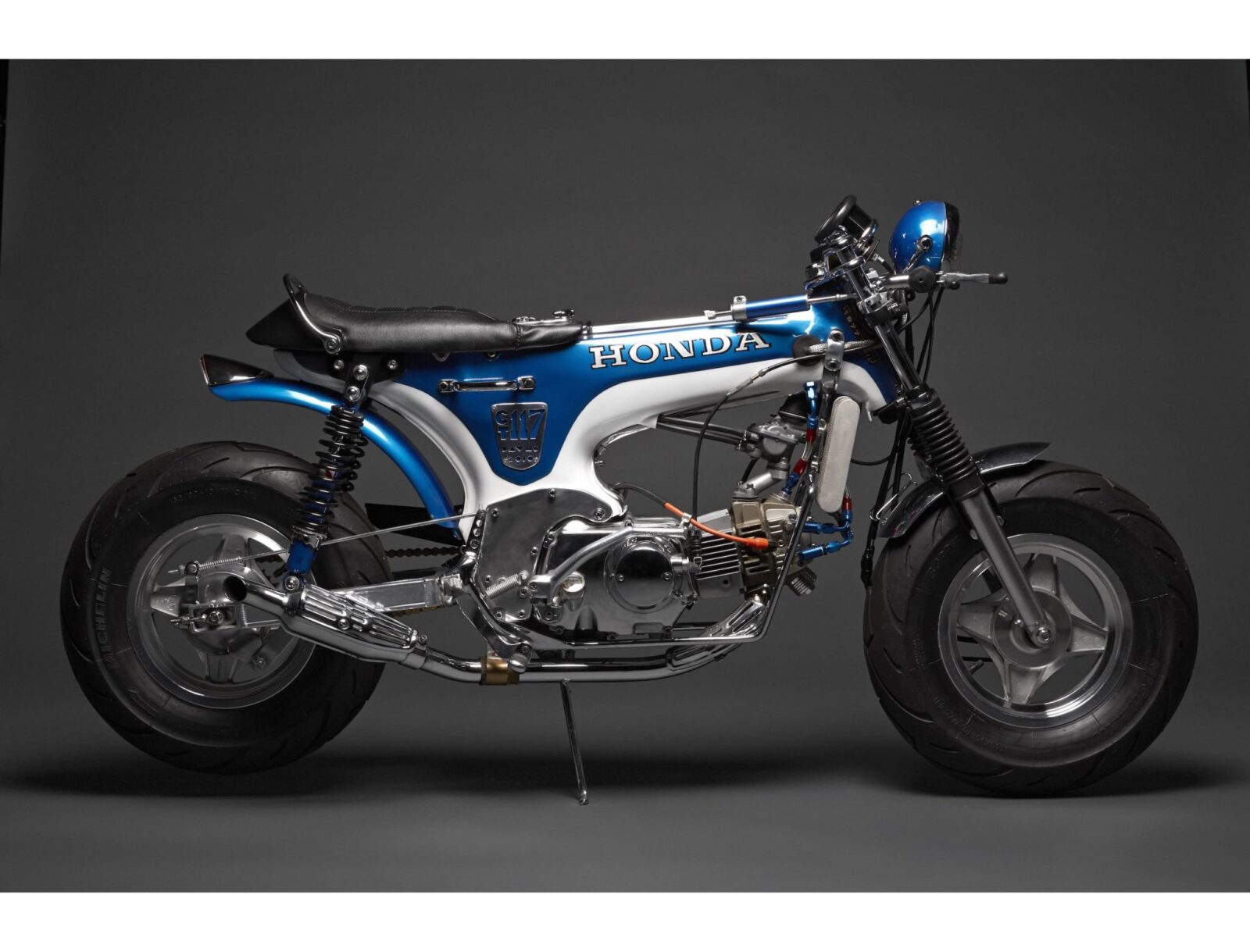 There’s something immediately approachable about mini bikes. In fact they might be the only motorcycle genre that almost all motorcyclists like, a rare feat in the tribal world of two-wheelers.

The ST/CT Series by Honda are quite different from their Monkey Bike counterparts, they have pressed-steel frames with a “T” shaped profile and an underslung single-cylinder engine. Honda built the bikes in engine sizes from 50cc to 110cc and they were marketed as the “Dax” in Japan and Europe and the “Honda Trail”,  “Trailsport”, or “CT series” in North America. The name “Dax” was a reference to the Dachshund dog breed, as the team at Honda decided the side profile of their new minibike looked just like the little sausage dogs.

The creation of the small-statured dual sport bikes is said to have originated after Honda noticed they were selling a significant number of Honda Super Cubs in a rural American Honda dealership. They didn’t think these bikes were well-suited to off-road use, but some further investigation resulted in the discovery that the enterprising dealer had modified them with a larger rear drive chain sprocket and some other tweaks – creating a simple, cheap, reliable little motorcycle that was surprisingly capable off the asphalt.

This discovery resulted in Honda developing and releasing the Trail/Trailsport 50 (CT50, Dax 50), and its popularity led to a series of bikes based on the same “mini” platform including the 55, 70, 90, and 110.

The spirit of the original ST/CT bikes lives on today in the Honda Grom, a 21st century take on the design, and if its initial sales figures are anything to go by it’s going to be just as popular as its predecessor. 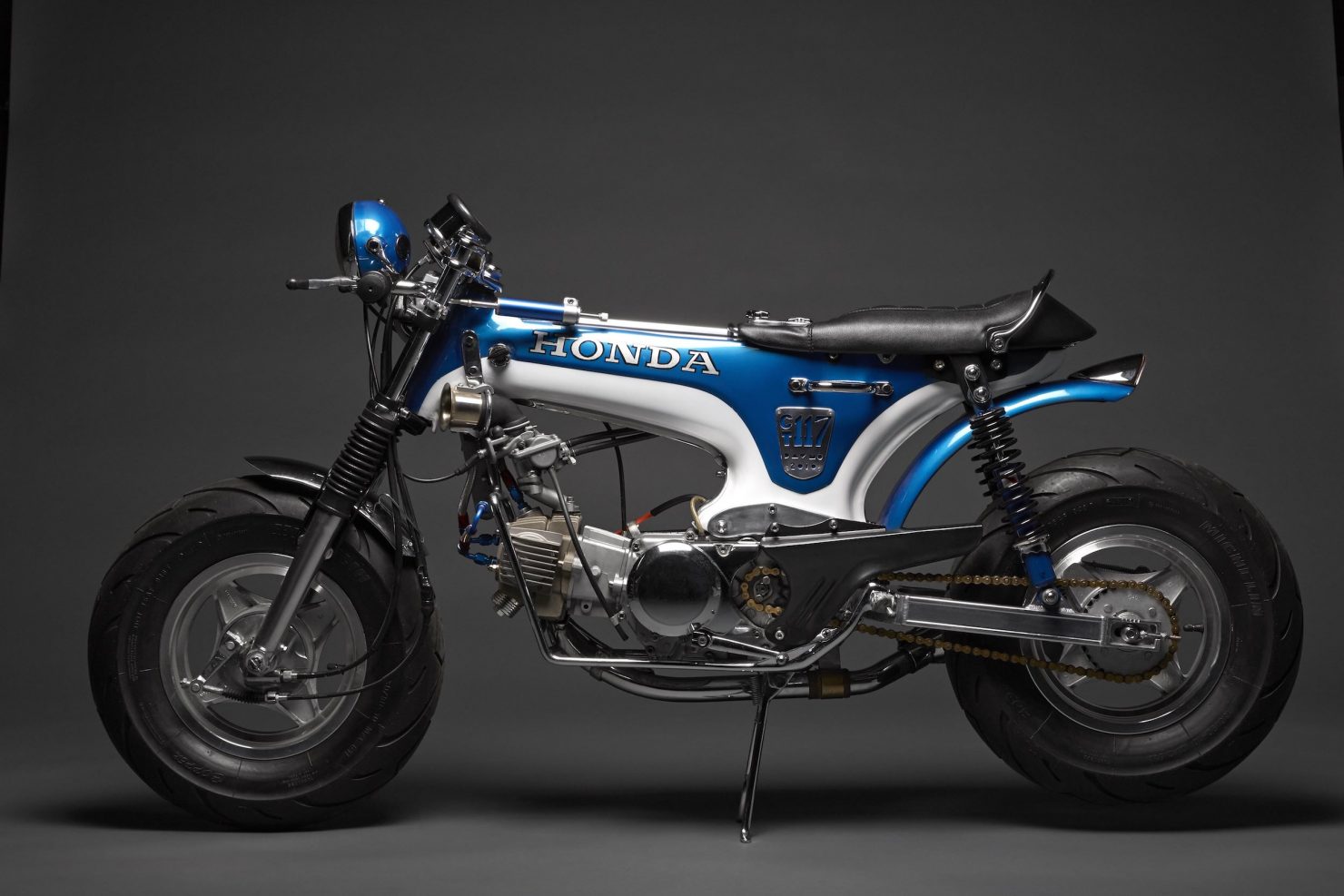 This build is the work of David Morales, a custom bike builder with a dozen years of experience under his belt – and many of his creations are Honda Trail-based mini bikes. He’s based out of Denton Moto, a hub for his local motorcycle community providing repair services, gear, art, and accessories – as well as advice.

The project started with an old 1977 CT70 frame that was leaning up against the wall in the workshop. Funnily enough he’d tried to give it away a few times but it never disappeared, and eventually the time came to make something of it.

A lower engine cradle was fabricated with mounting points for the rear-set foot pegs, a custom center stand was fitted, aluminum torque plates were made to unify the engine mounts and swingarm, and the lower frame was internally re-inforced near the engine and swingarm mounts.

Kitaco rear suspension was fitted with shackle type mounts and a cross over brace under the seat between the two shocks, with a hidden brace running from the engine torque plates to the tail of the bike, and the seat utilizes a solid rod frame to stiffen the rear end. A Kitaco extended swingarm was fitted and a pair of aftermarket all-alloy 10 inch wheels were used front and back.

A new triple clamp was fabricated, and a fork cross brace was made which also serves as the front fender mount, slotted brake pads were fitted front and back, as well as a pair of oversize Michelin tires.

The engine was bored and stroked to 117cc, a race head added, and the carb and intake boot were sourced from a 1966 Honda CT90. Cast off sections from a Norton Commando headpipe and a 1969 Honda Z50 muffler, sans baffles, were combined to make up the exhaust.

The completed bike is surprisingly quick thanks to its punchy single-cylinder engine and low kerb weight and if you ever happen to find yourself in Denton, Texas you might want to keep an eye out for it. 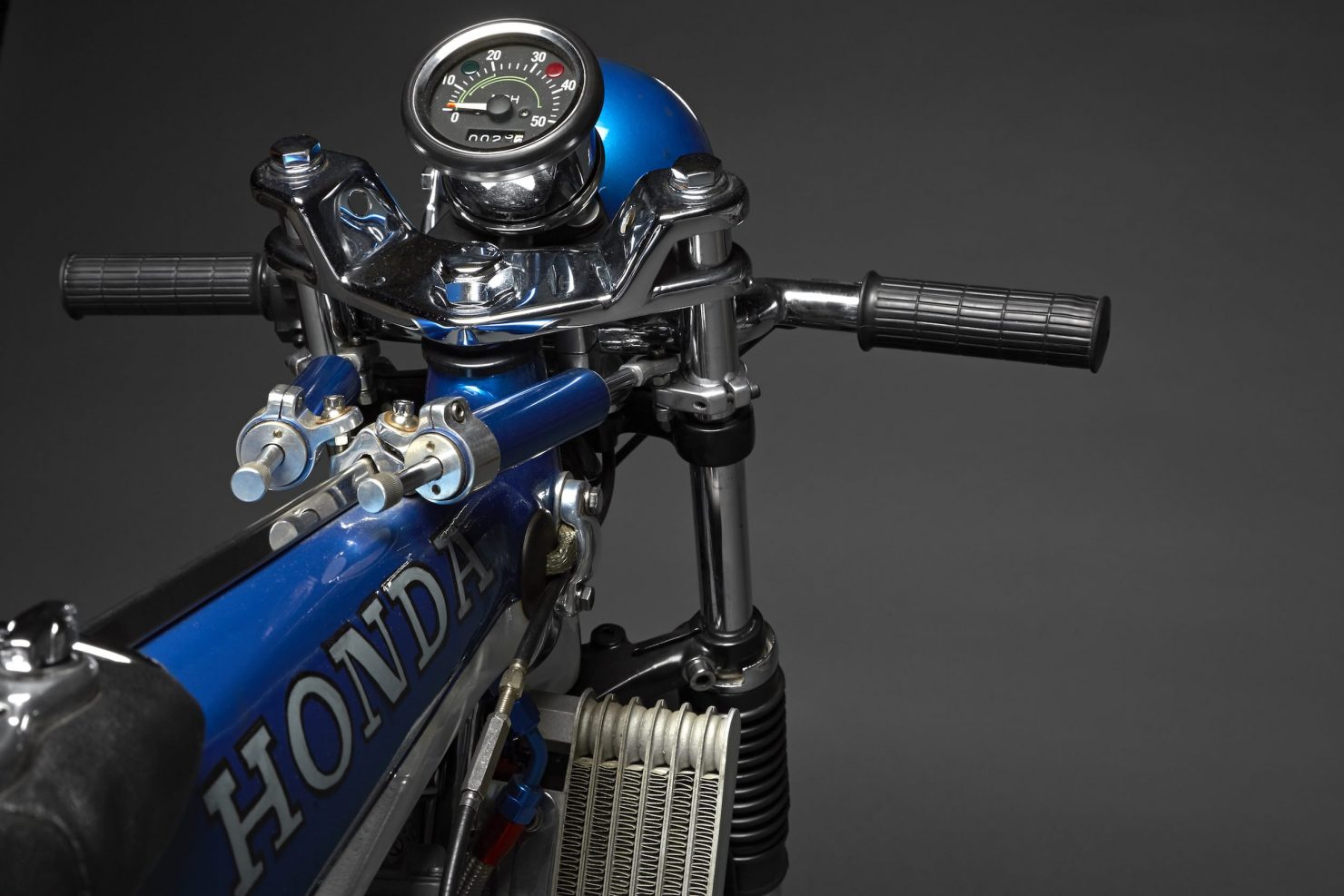 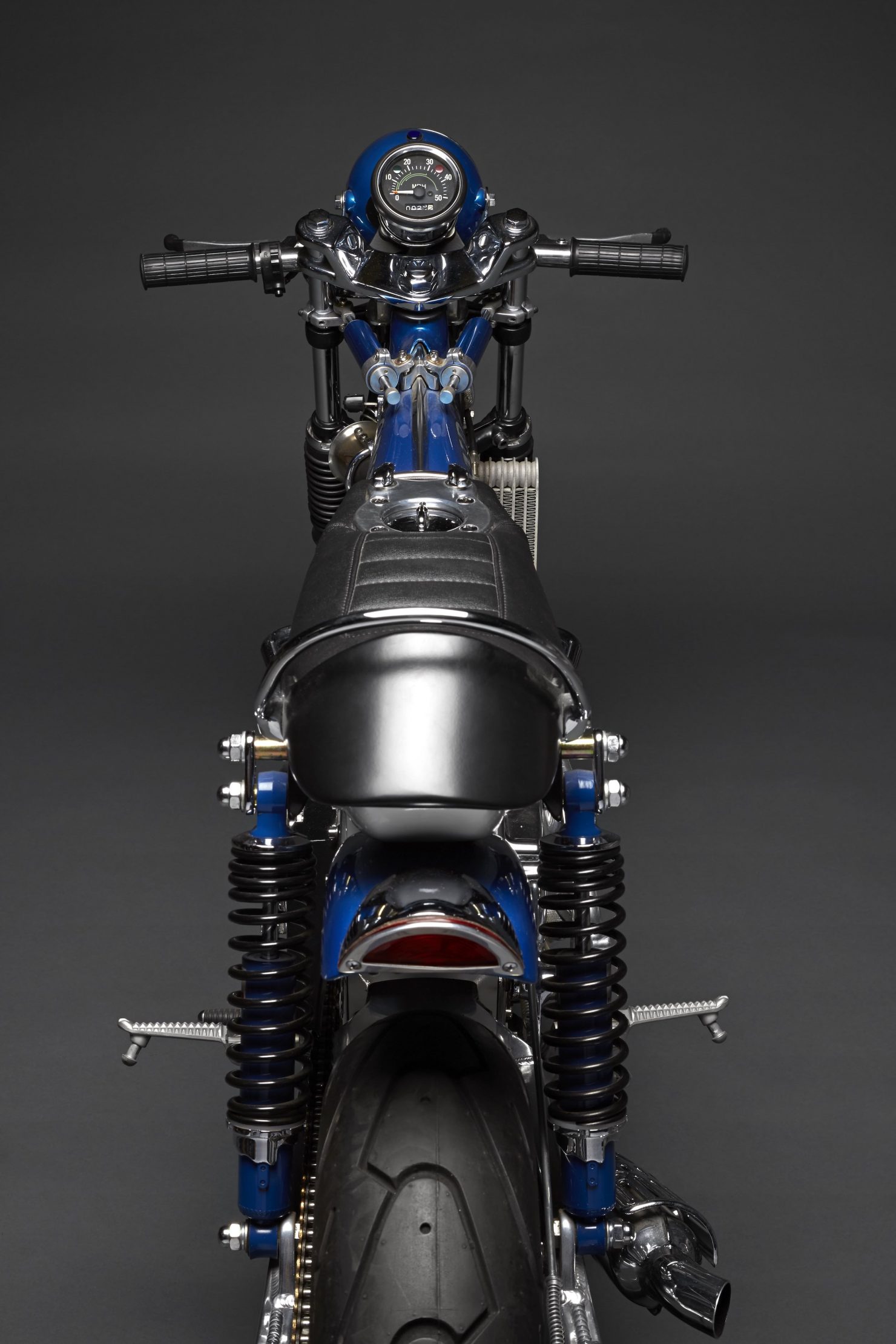 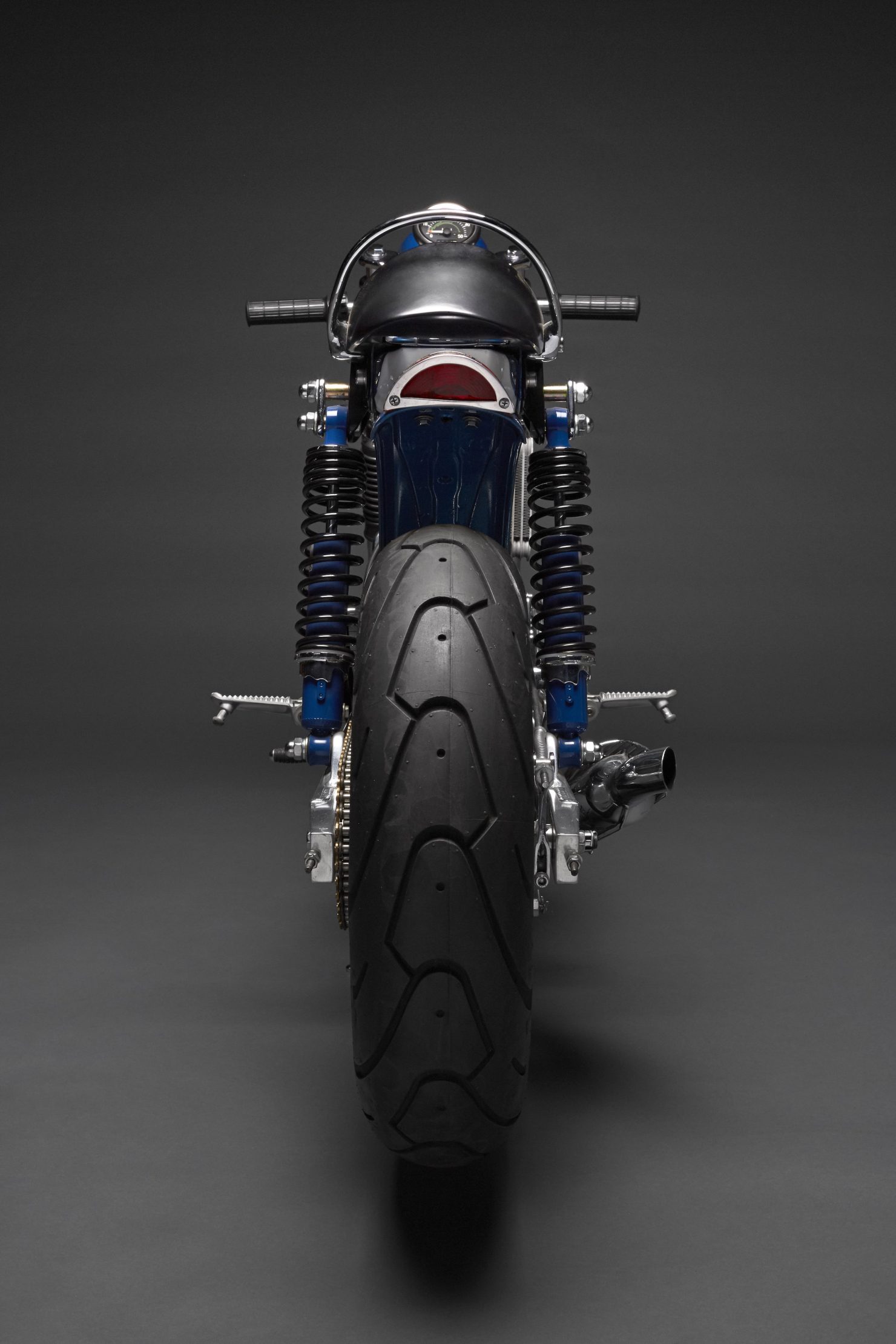 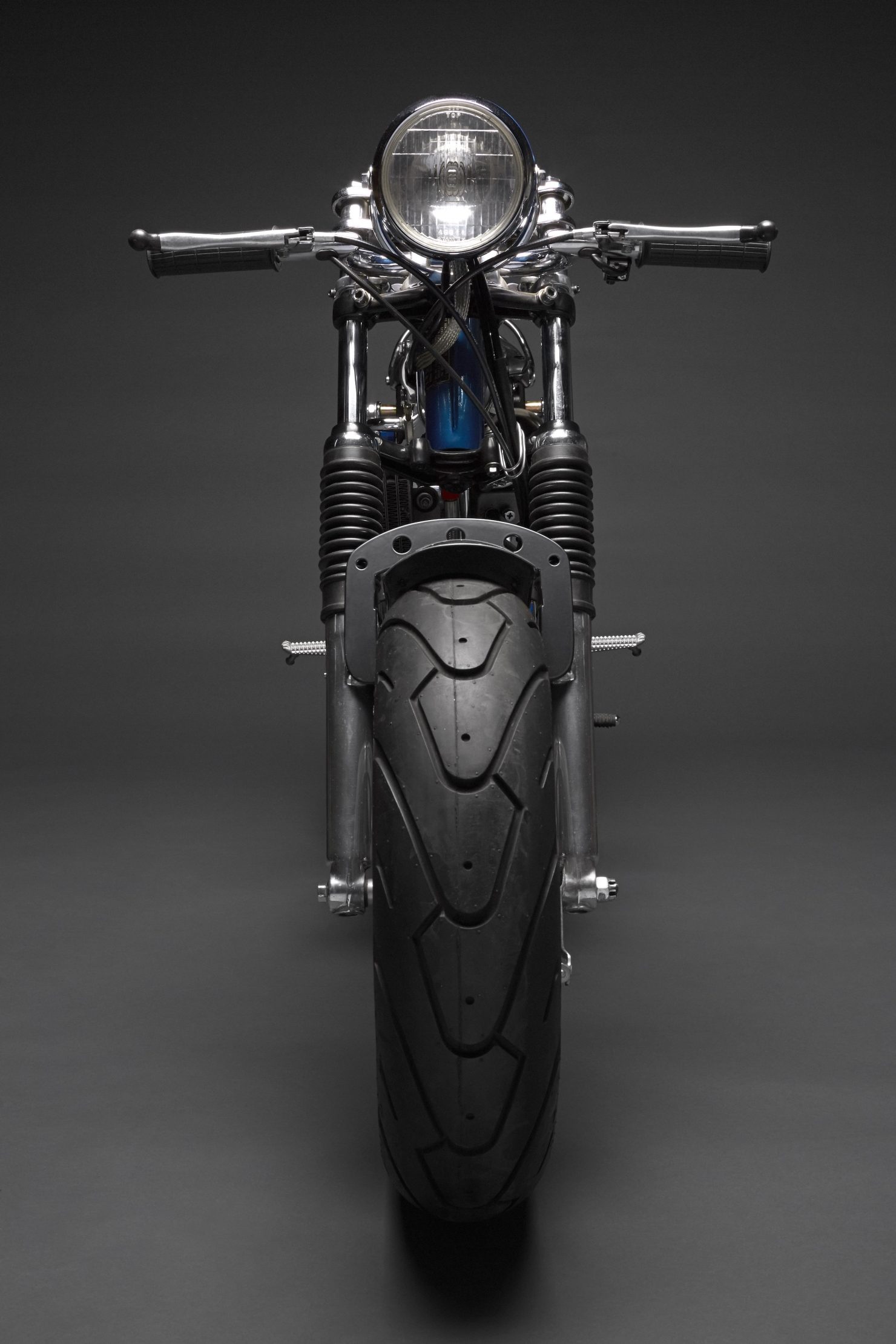 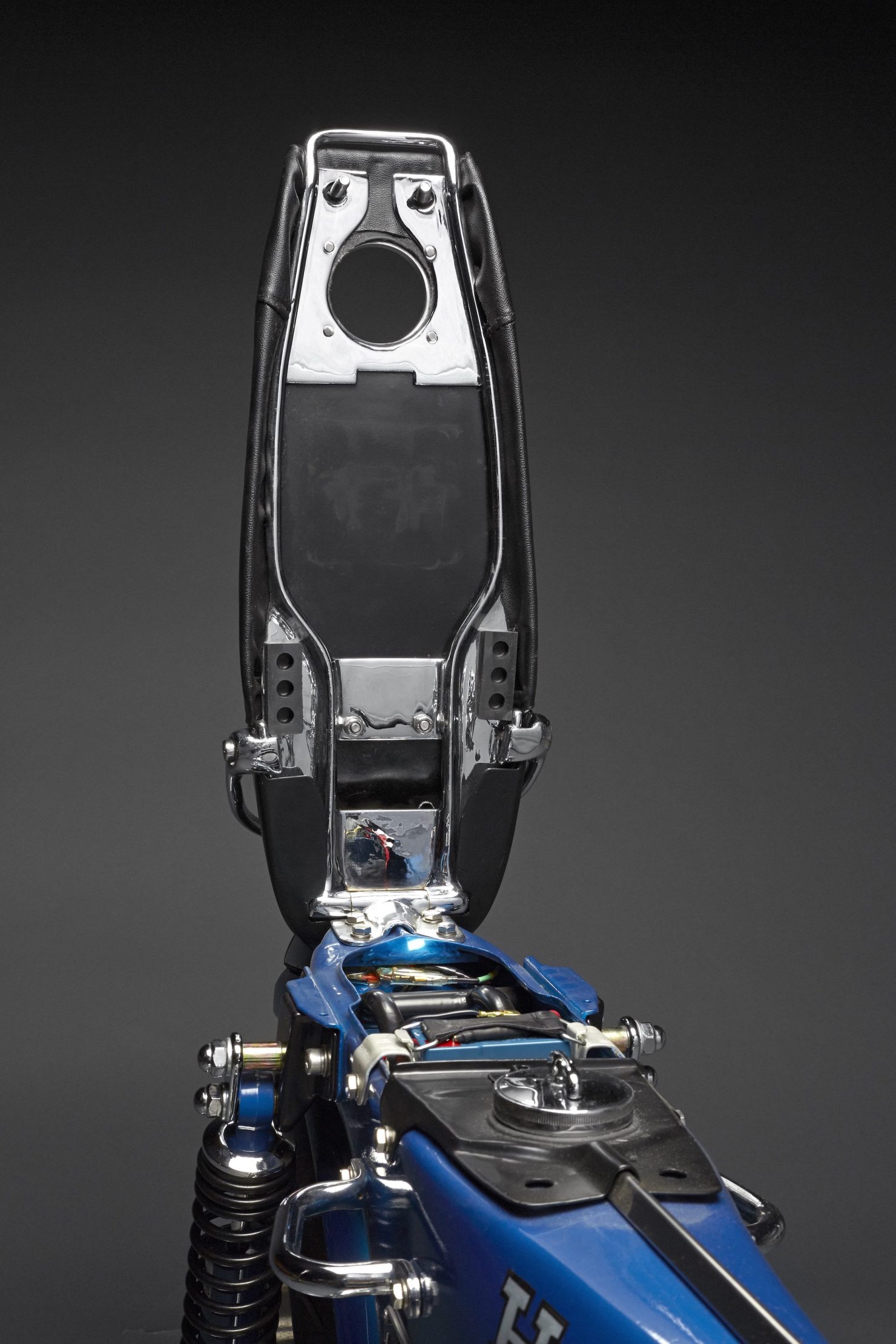 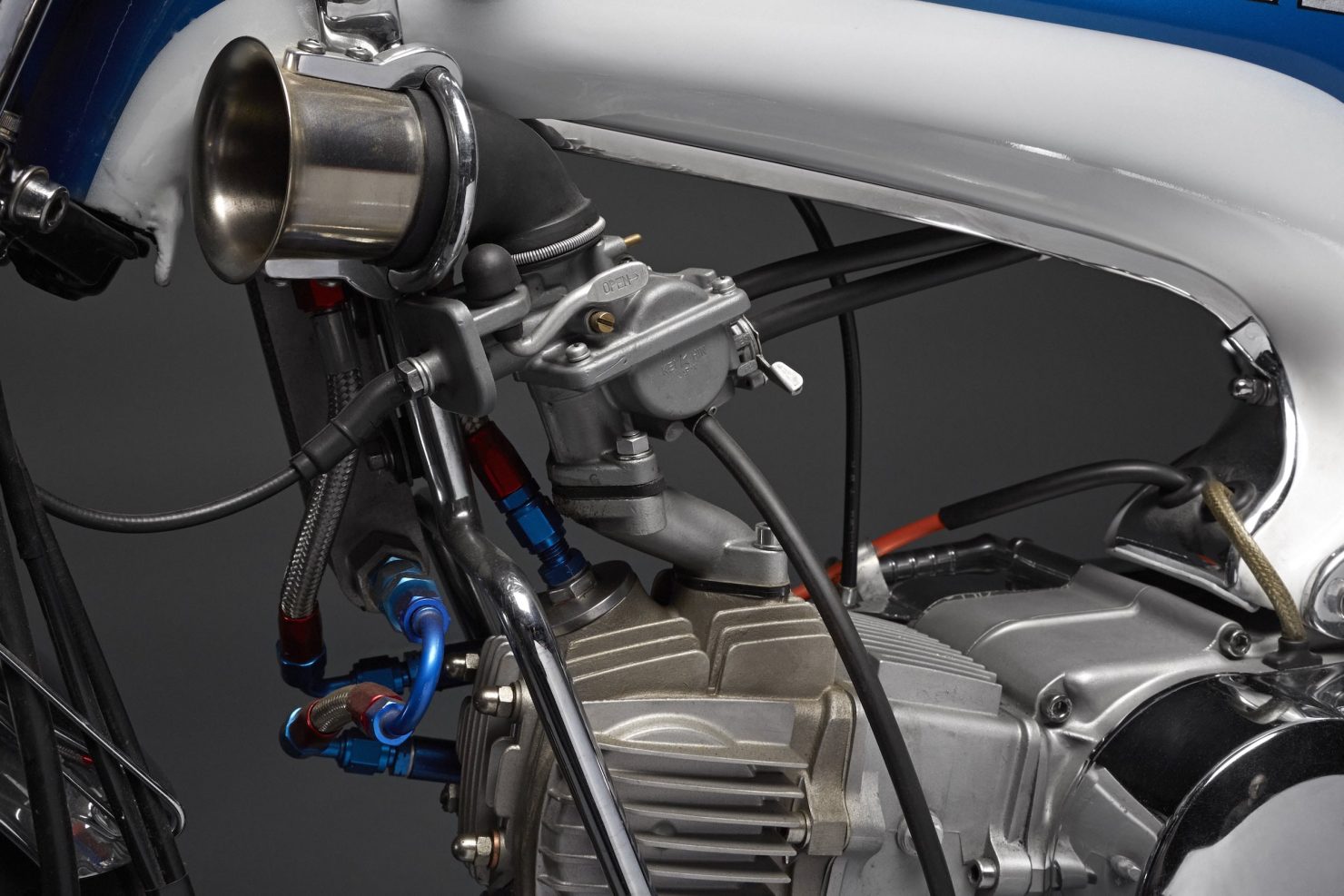 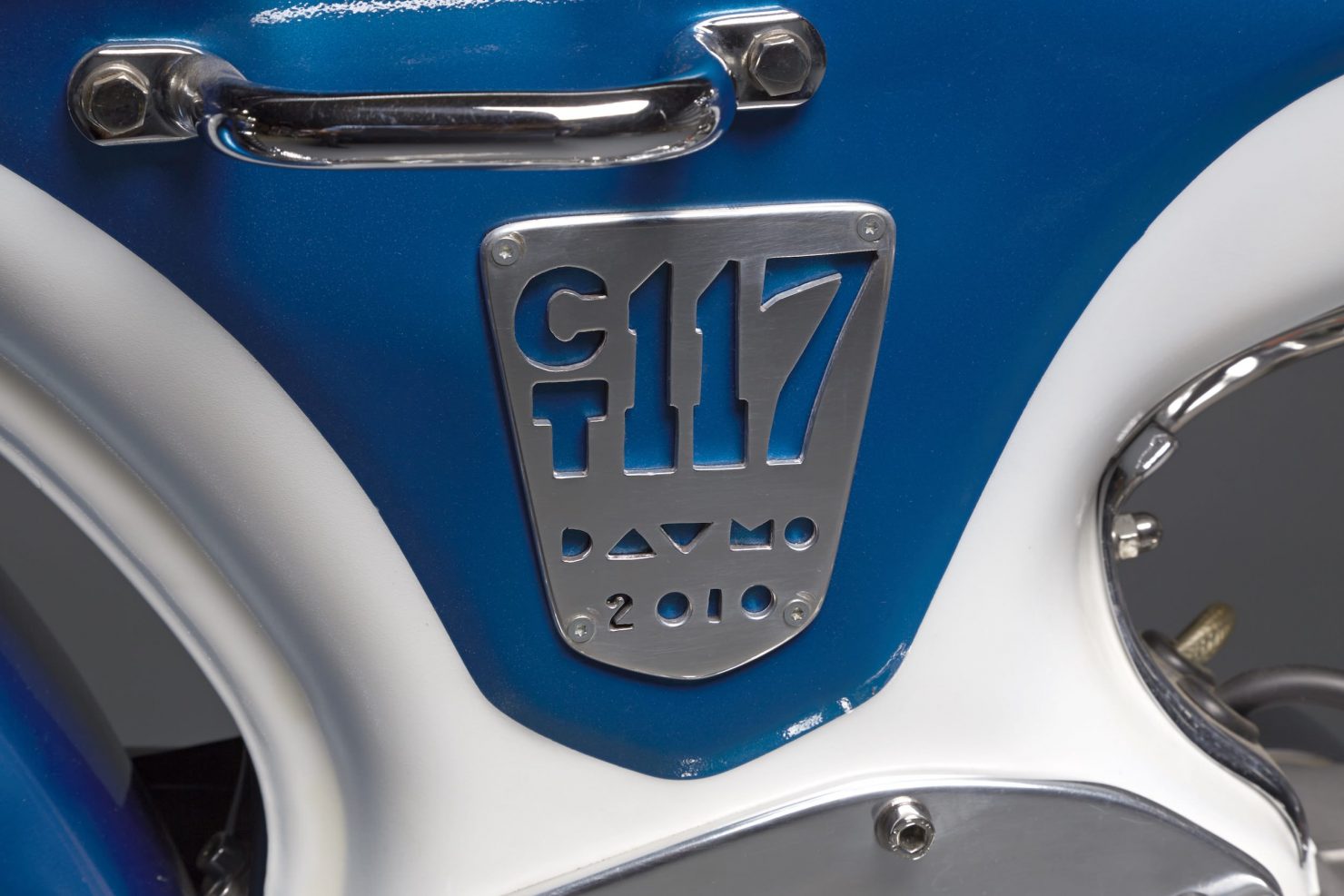 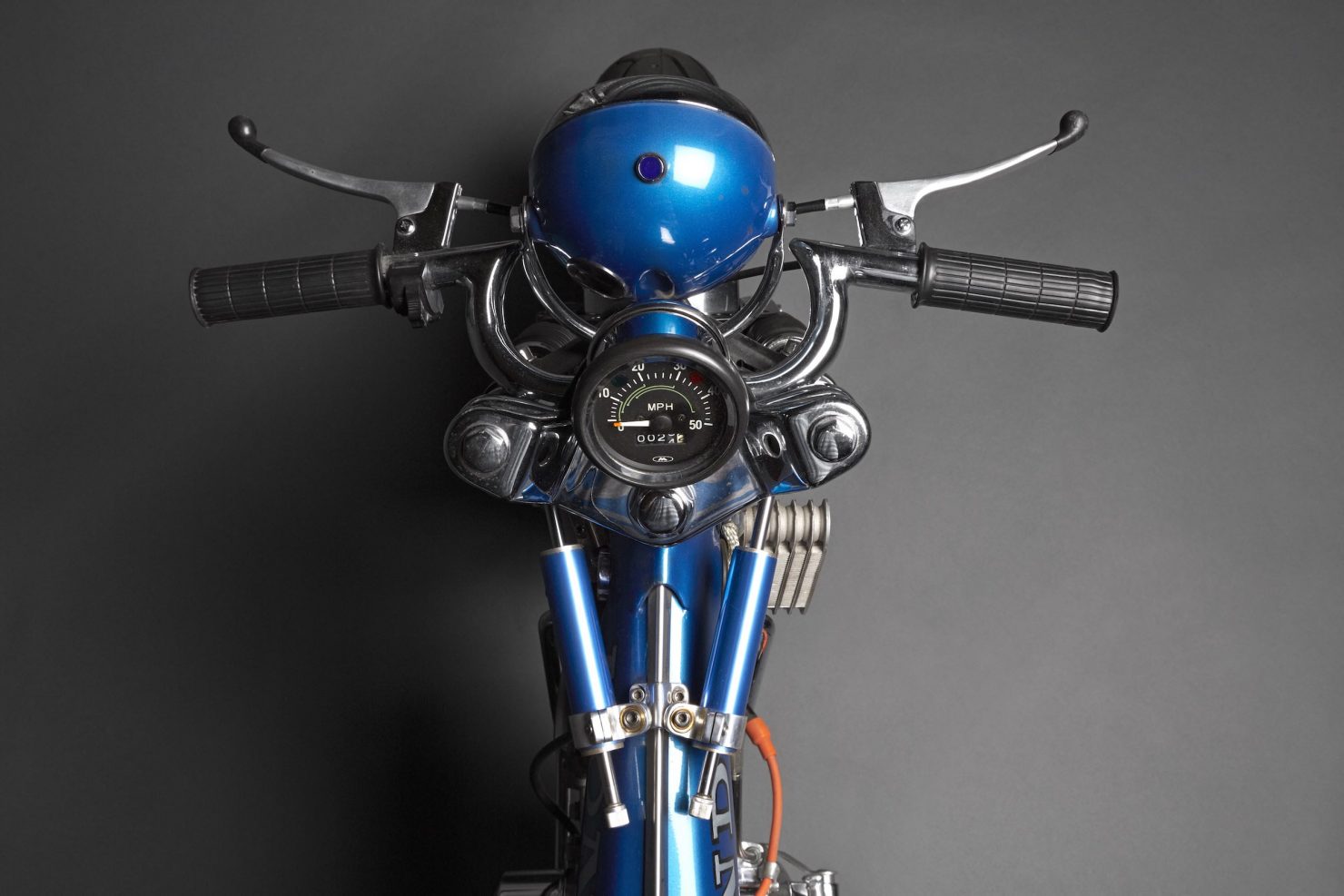 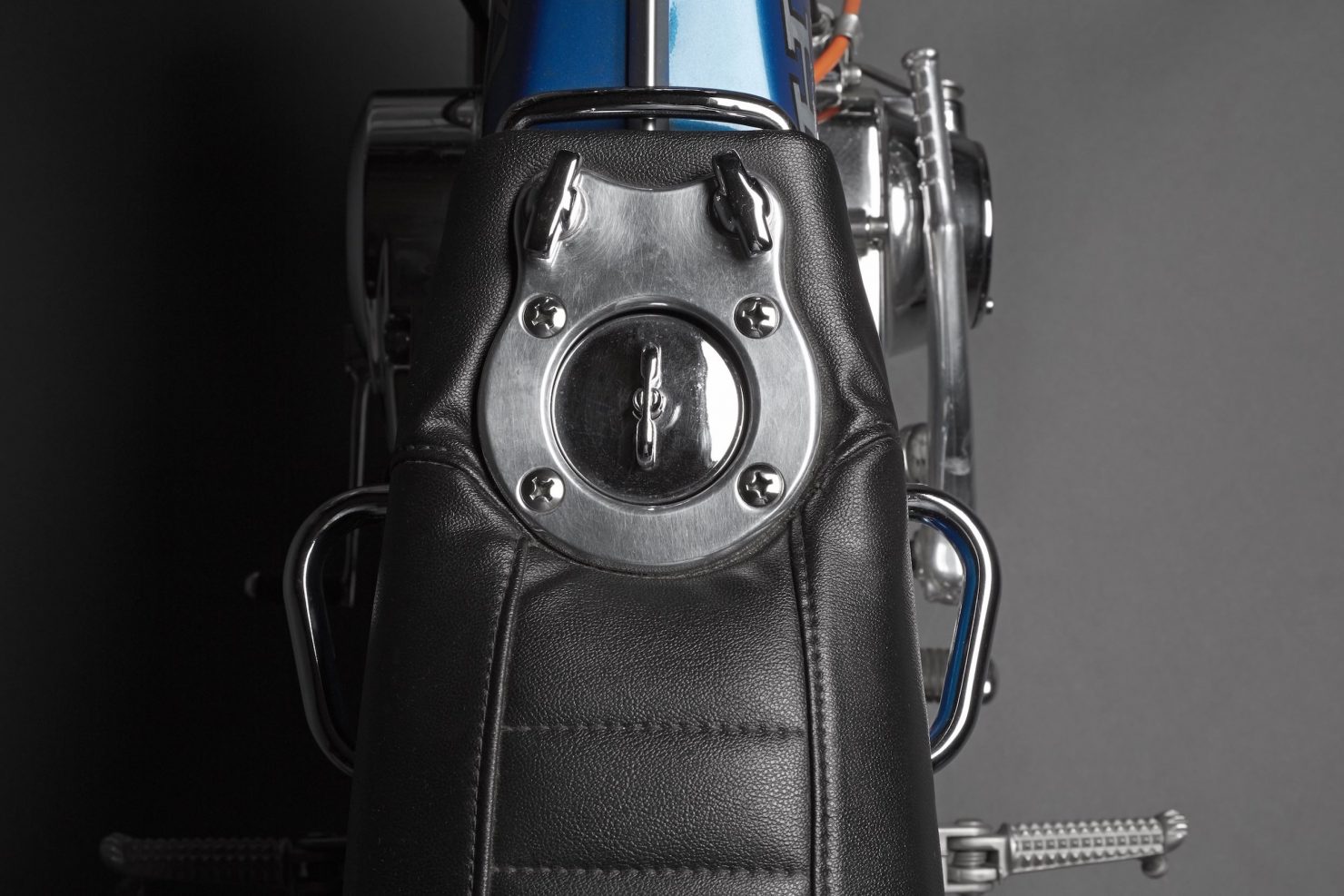 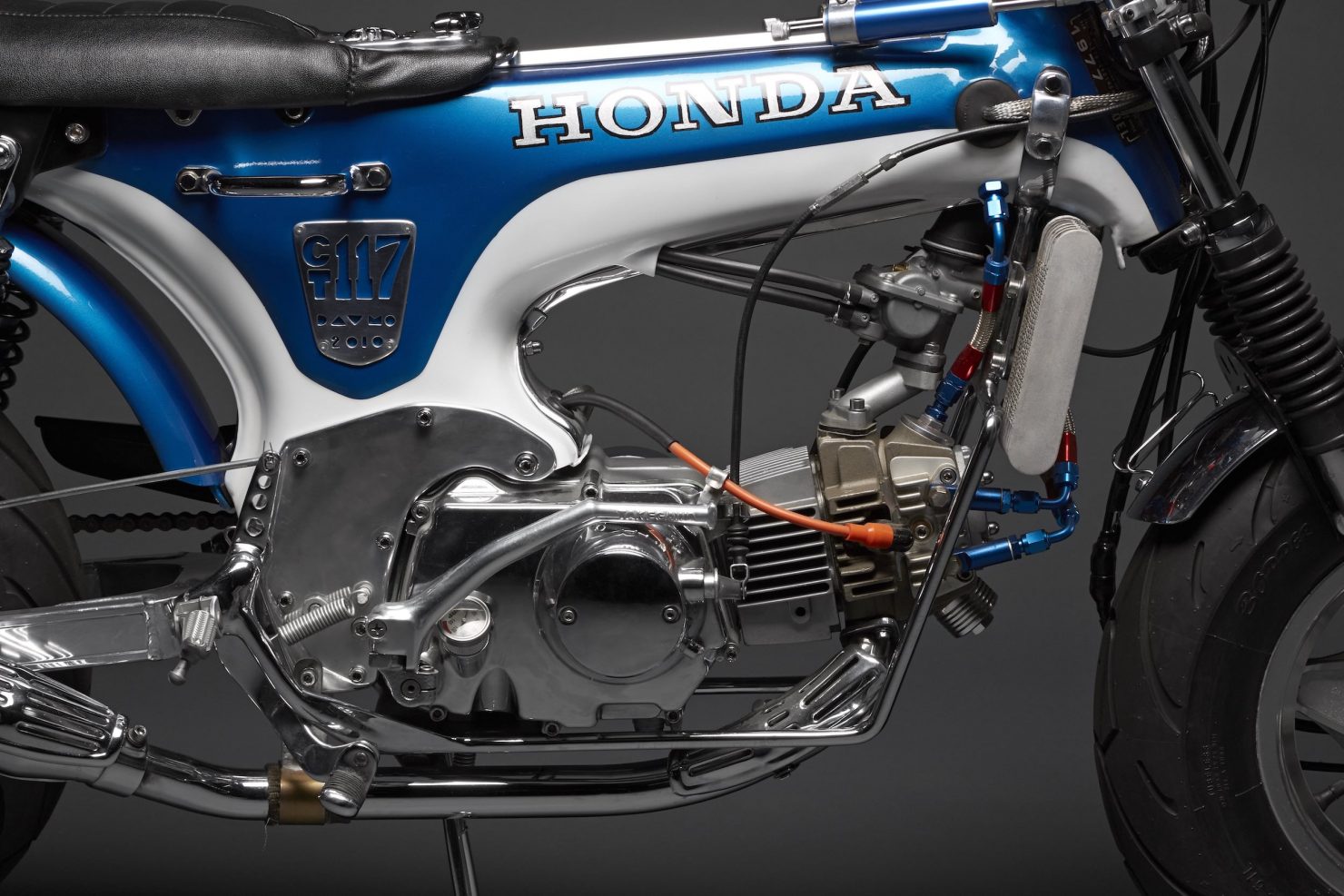 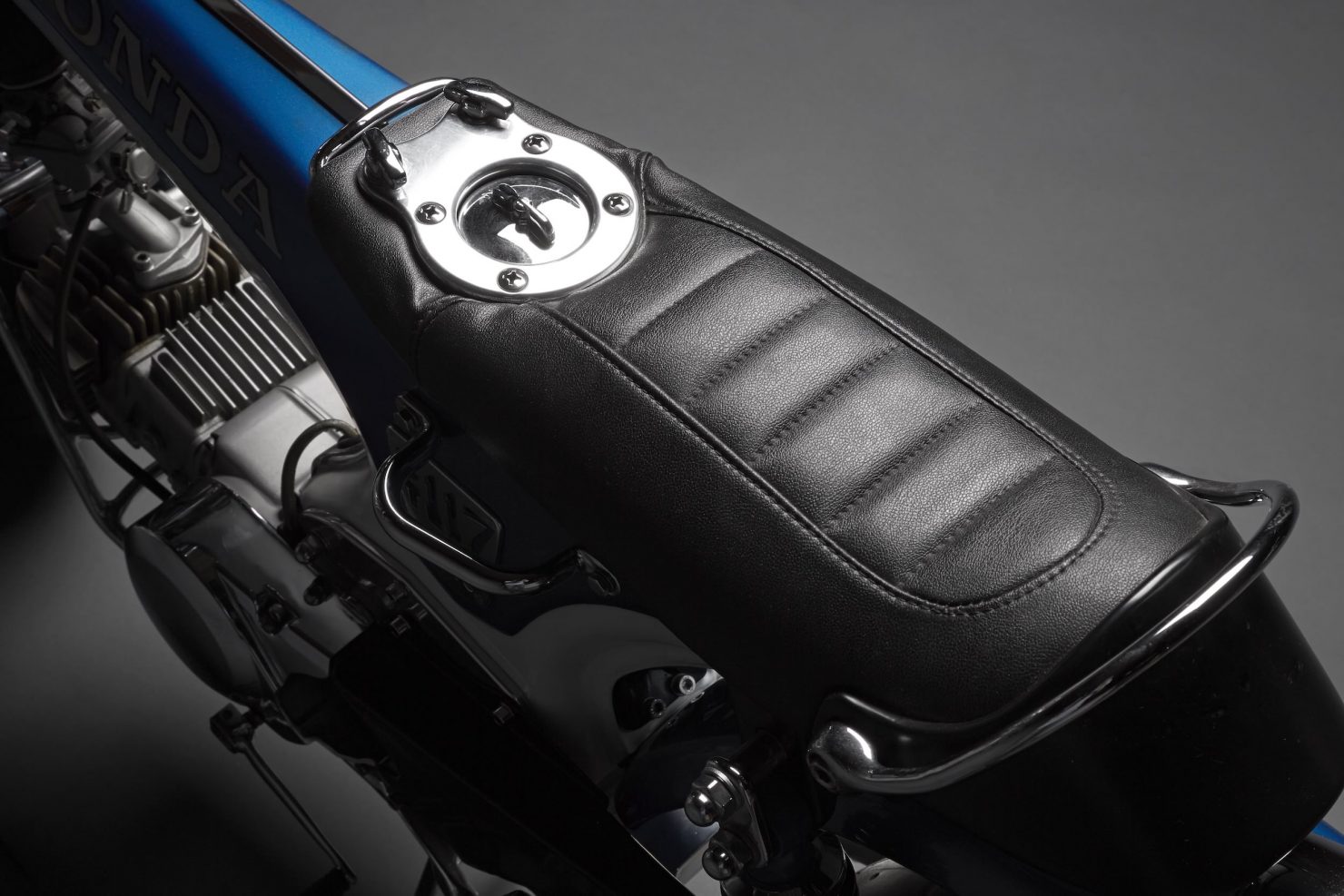 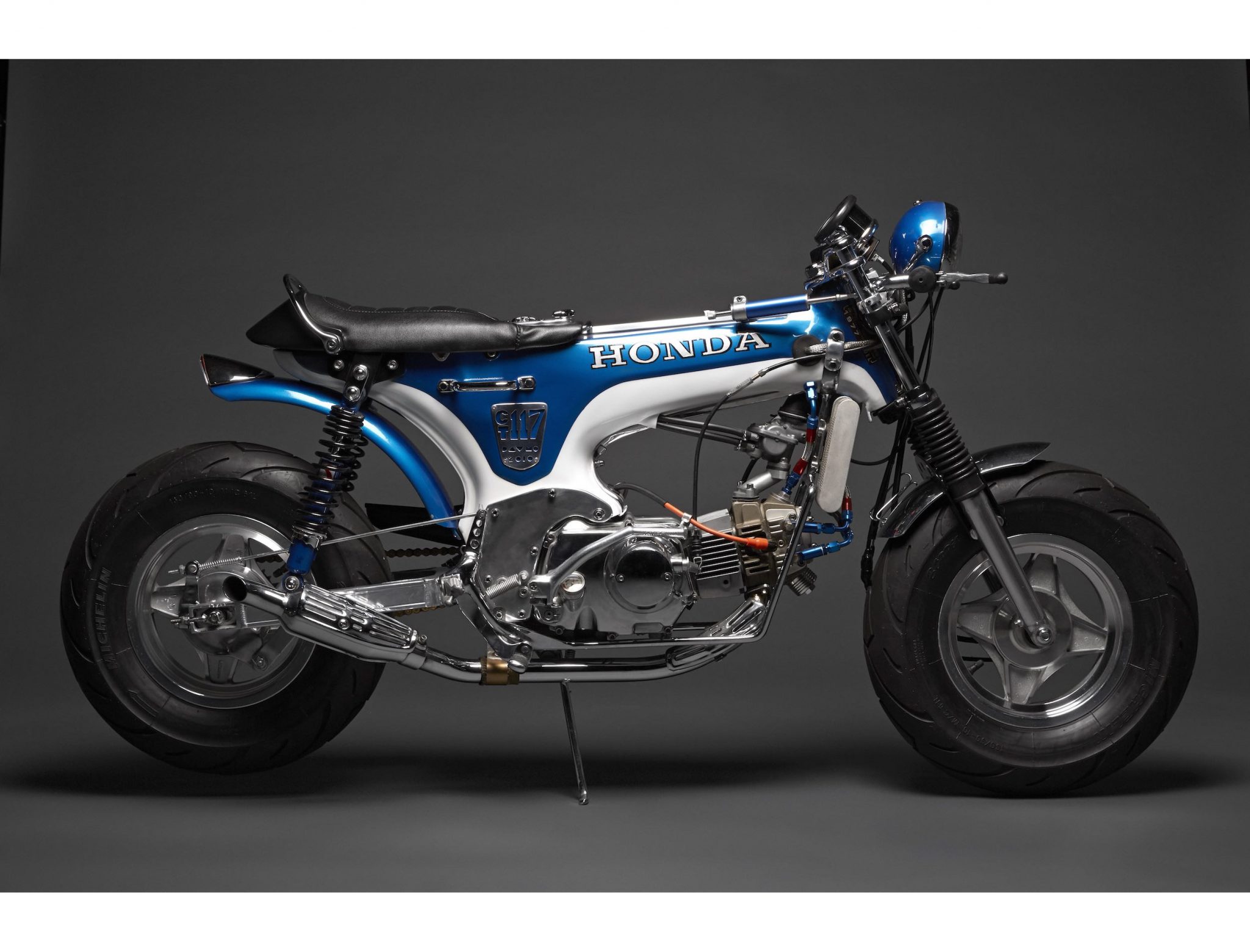