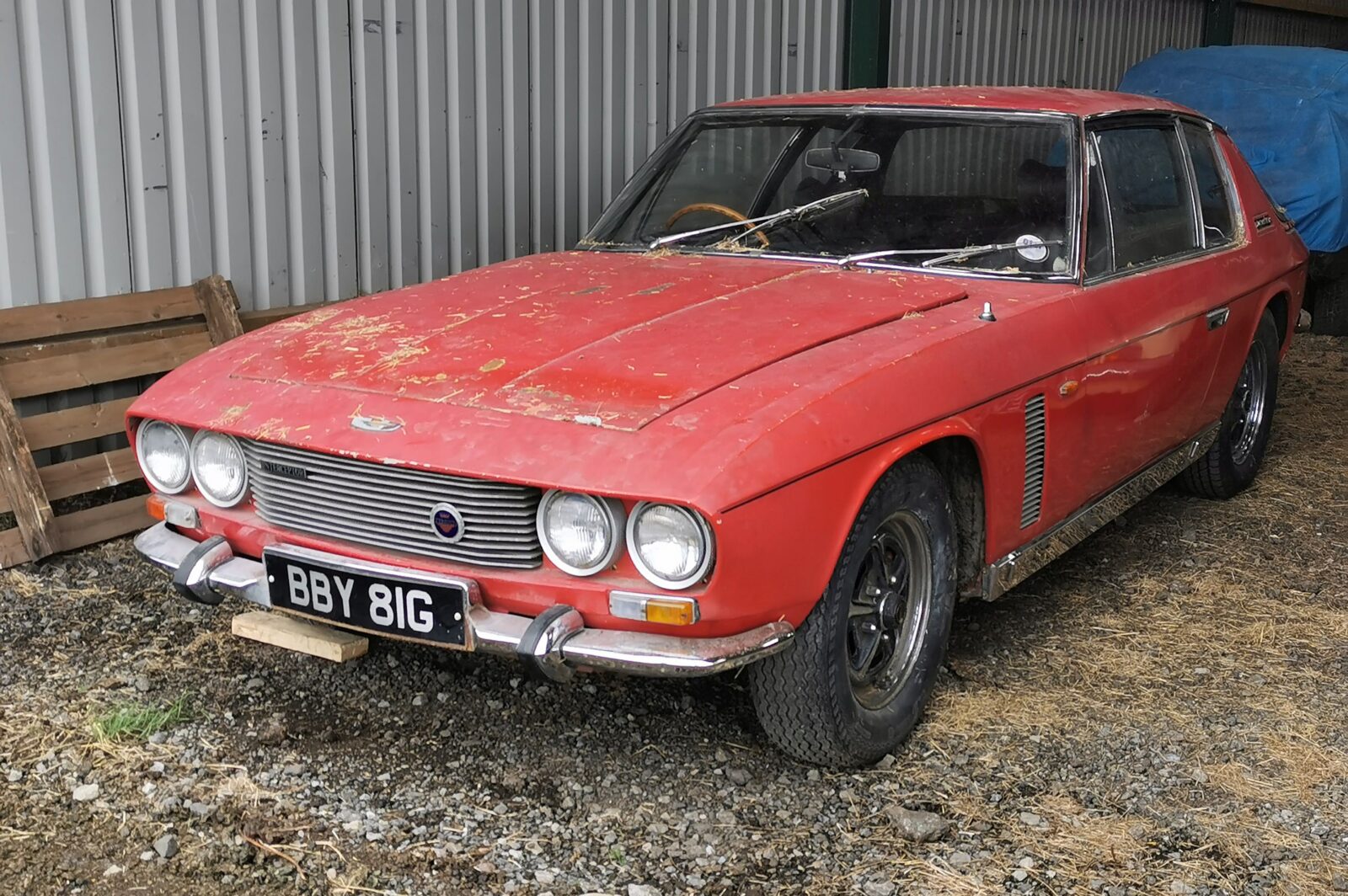 The Jensen Interceptor is one of the unsung grand touring heroes of its age, with a beautiful body designed by Touring in Italy, a V8 drivetrain supplied by the Americans – all built by British craftsmen and shipped to well-heeled clientele all over the world.

Jensen Motors was one of the most tenacious small-scale automakers in Britain for much of the 20th century. The company was founded in 1922 and just 14 years later they were building a custom car for legendary American actor Clark Gable, who was an outspoken fan of their work.

When it was released in 1966 the Jensen Interceptor was a showstopper. The model it was replacing, the Jensen CV8 wasn’t a particularly attractive car though it was one of the fastest four-seat production cars in the world. 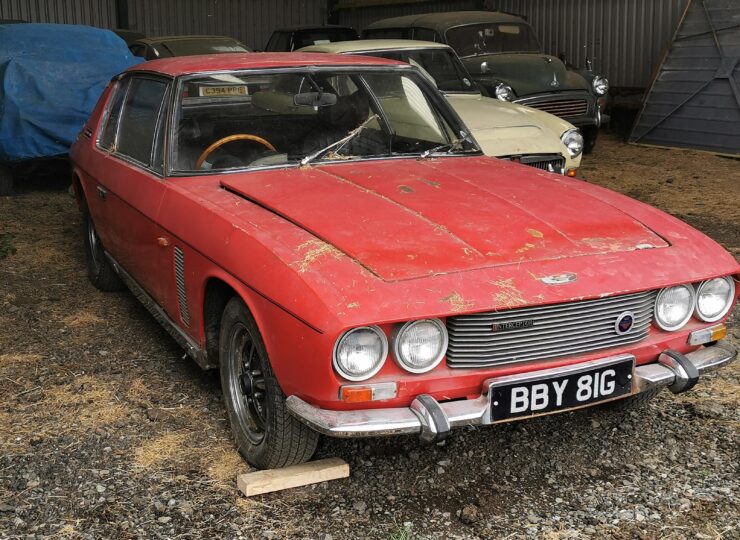 The Italian design of the Interceptor has been winning it fans around the world for generations.

The negative feedback the company received about the aesthetically challenging appearance of the CV8 may have been what led them to seek an outside design firm, and Touring of Milan was one of the most respected in the world.

This body designed by the Italians was no disappointment. It was a handsome, square-jawed luxury grand tourer with up-to-the-minute modern styling that would still look current 20 years later when the marque was resurrected for a limited run of new cars. Relatively few cars designed in the mid-1960s have an appearance that aged so well.

Jensen Motors had always bought in outside engines and many other parts for their production cars, they were a smaller manufacturer and it would have likely been financially ruinous to attempt to design and build all of their engines in house.

The company had experimented with American V8s back in the 1950s, and so they were familiar with the fact that these engines were affordable, mechanically simple, and easy to fix. Over the course of its original production run, the Interceptor would be fitted with a variety of Chrysler V8 engines, starting with the 383 cubic inch unit and progressing through the 440 cubic inch, and 360 cubic inch engines.

When production first began the Carrozzeria Touring designed bodies were being built by Carrozzeria Vignale in Italy before being shipped to Britain for final assembly onto the chassis. This process proved expensive and convoluted, so production was moved in-house with a few minor changes made to the body.

Jensen sold the Interceptor over four major model variations, the Mark I, Mark II, Mark III, and the aforementioned FF. Externally these cars all looked largely the same, certainly to the untrained eye, but they did change under the surface with engine and transmission differences, as well as different standard features an options over the vehicle’s lifespan. 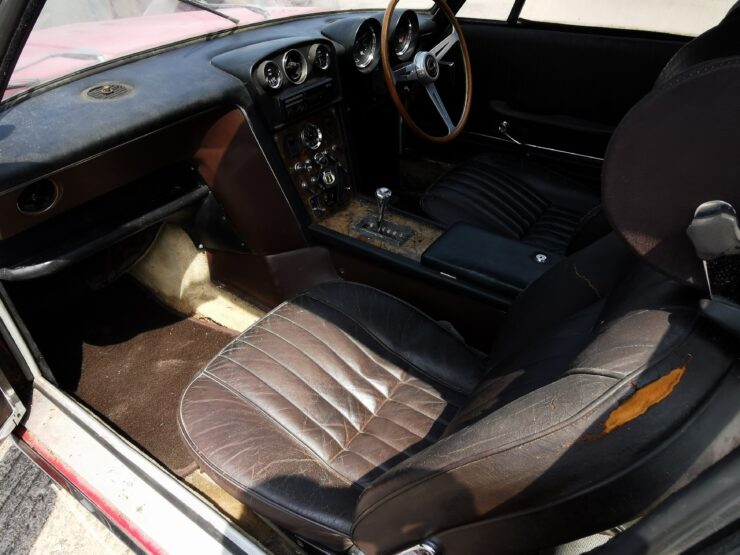 The interior of the cars was luxurious to the point of opulence, the leather upholstery alone required a minimum of five full hides.

Due in part to the high cost of the cars and the fact that they typically achieved relatively poor mileage, Jensen Motors went unto administration in 1975, though they continued selling cars until their supply of parts was exhausted in 1976.

The popularity of the Interceptor hasn’t waned in the years since 1976, in fact if anything the model has seen a continual climb in desirability.

A number of attempts were made to revive the company and put the Interceptor back into production, there was one in the 1980s and another in the early 2000s, and it’s currently possible to buy an comprehensively upgraded Jensen Interceptor from JIA Jensen.

The Jensen you see here is one of 923 original examples of the right-hand drive Mark I Interceptors built between 1966 and 1969 when the Mark II made its appearance.

This car is now showing just 61,500 miles on the odometer which is believed to be credible, it’s finished in Cherry Red with contrasting Chocolate upholstery, and it’s been in the possession of its current owner for 27 years, the most recent 20 of which it’s been dry stored out of the weather.

The listing explains the the car has a running engine and it looks to be an excellent candidate for a restoration, with all of its original parts still in place. Over 6,400 examples of the Interceptor were built and there’s a global community of owners and restorers who are happy to help with tips, tricks, advice, and spare parts acquisition.

If you’d like to read more about this Jensen or register to bid you can click here to visit the listing on H and H Auctioneers. It’s due to roll across the auction block on the 8th of September at the Imperial War Museum Duxford, in England with a price guide of £14,000 to £18,000, which works out to approximately $19,500 to $25,100 USD. 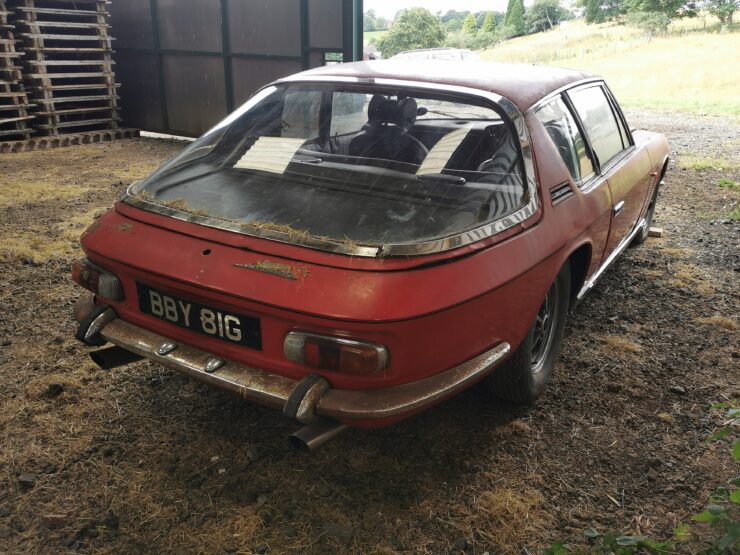 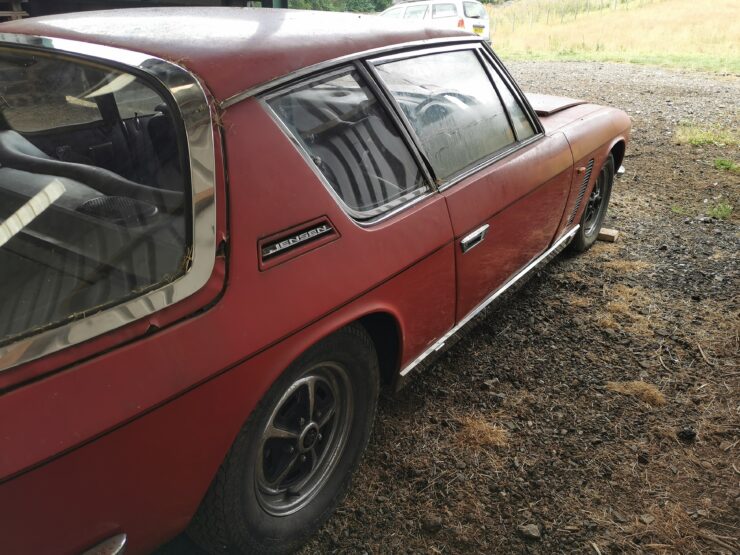 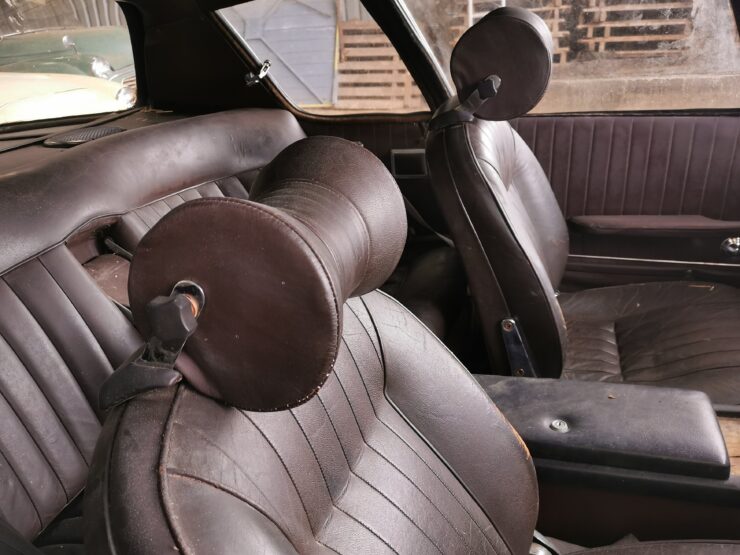 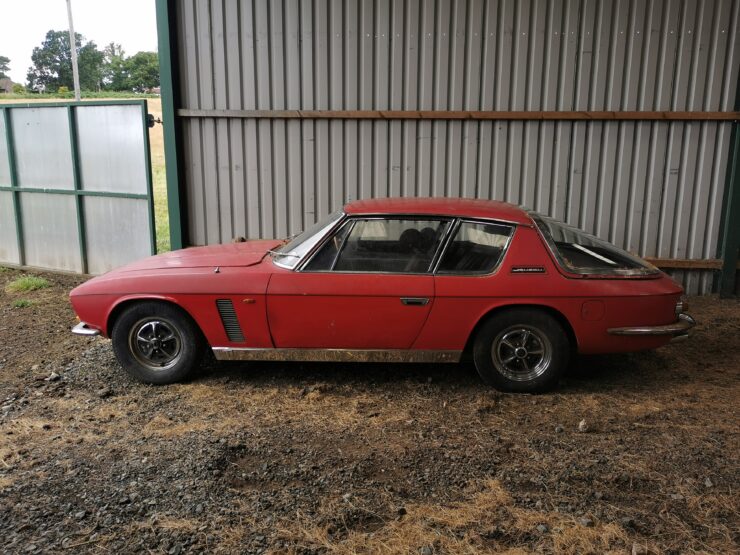 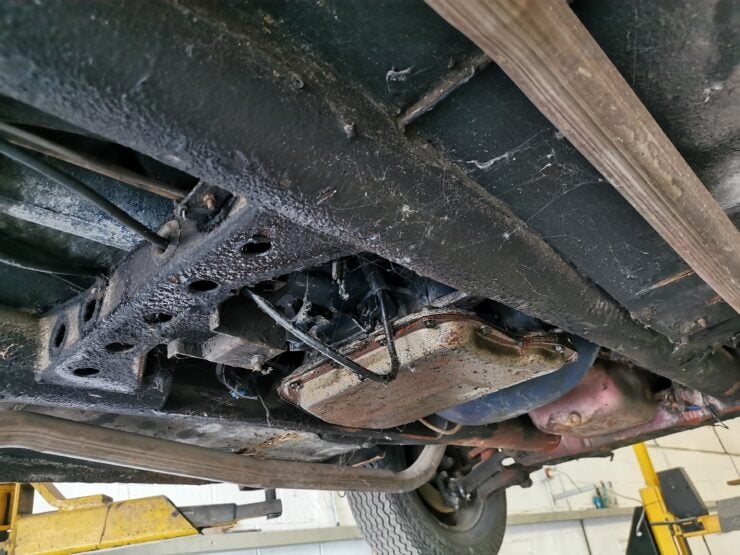 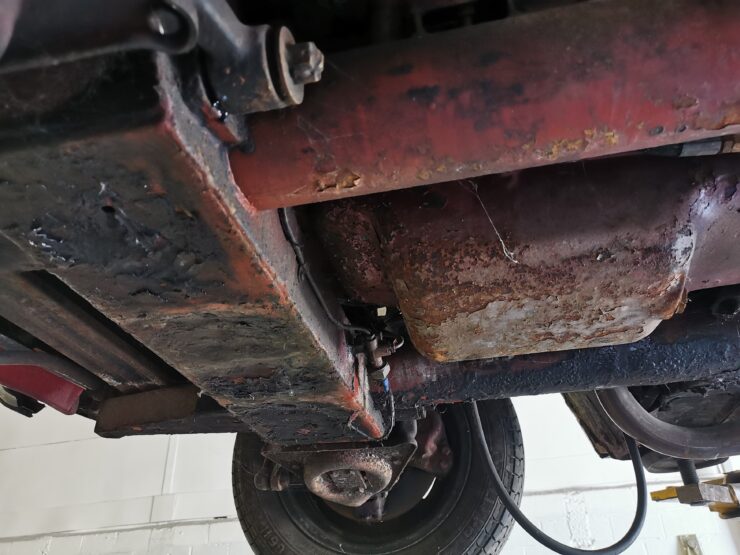 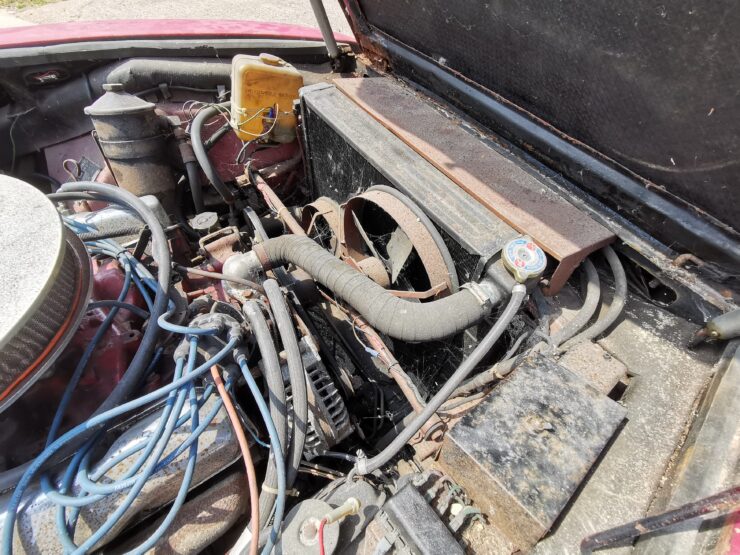 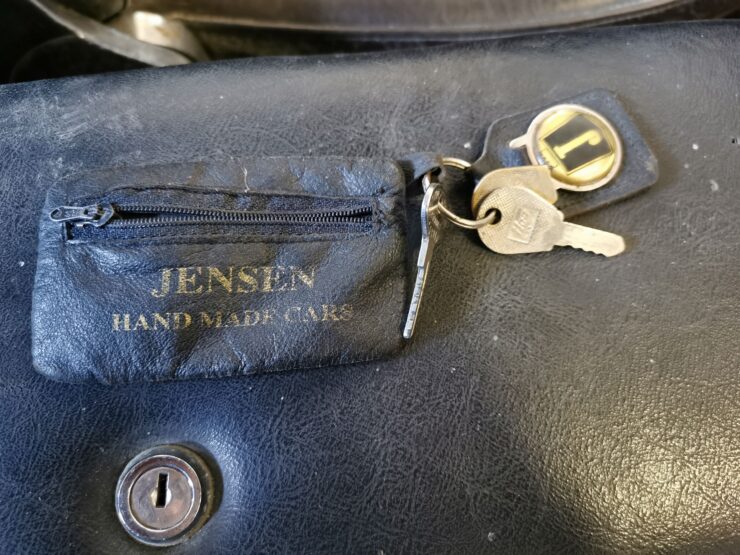 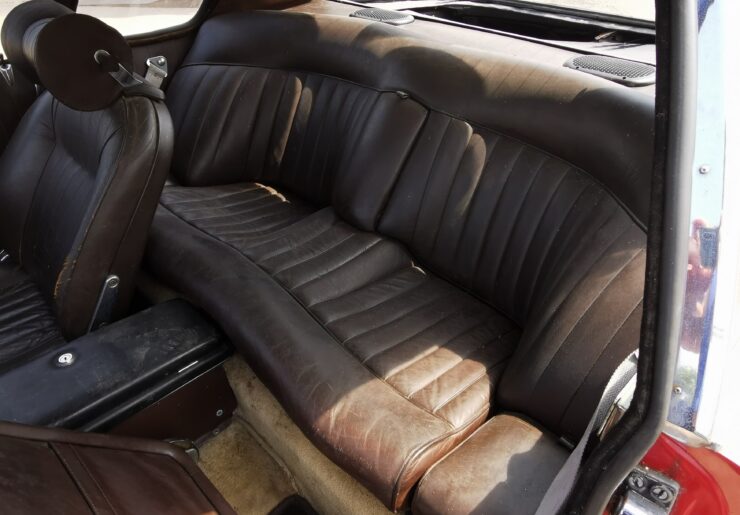 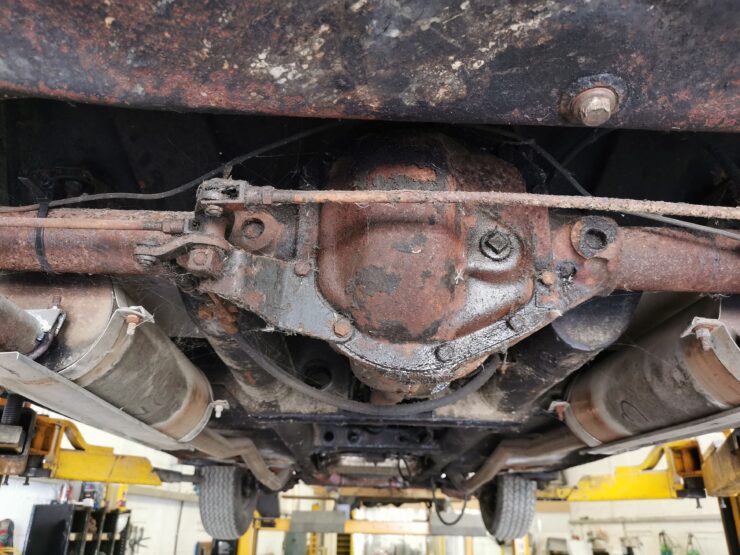