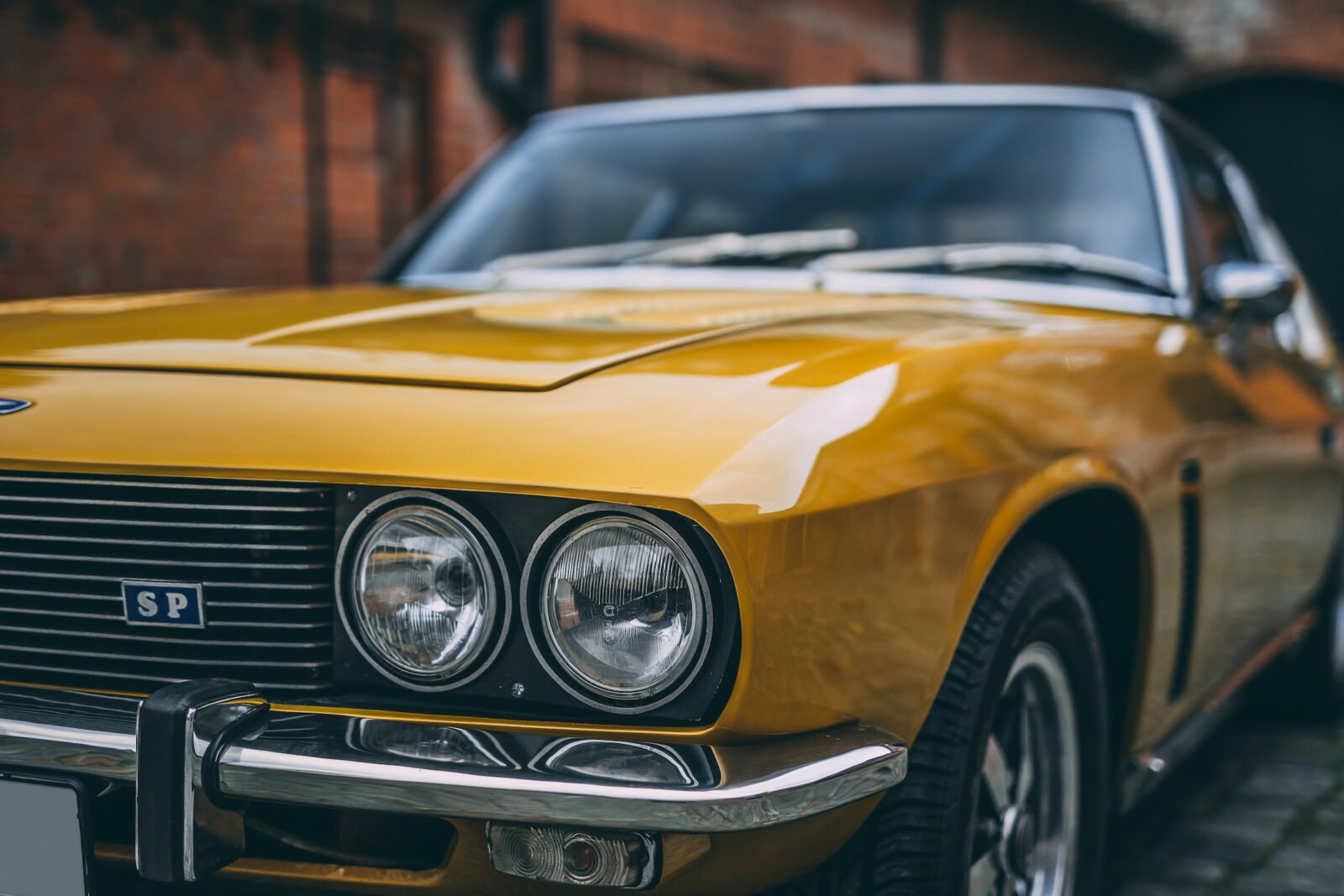 The Jensen Interceptor SP has the unusual distinction of being the quickest Interceptor ever built by Jensen in their factory near Birmingham.

The Interceptor is a car that needs no introduction, it’s famous for being a vehicle with British, Italian, and American DNA thanks to the fact it was designed by the Italians, powered by the Americans, and built/engineered by the Brits.

The handsome lines of the Interceptor have won it countless fans around the world since it was first offered to the public in 1966. The body was designed by the team at Carrozzeria Touring in Italy and the first bodies were built by Vignale before being sent back to England where they would be built into Interceptors.

All Interceptors (of this generation) were powered by American Chrysler V8 engines ranging in capacity from 383 cu. in. up to 440 cu. in., and some later Series 4 cars used the 360 cu. in. small block. The use of American V8s was relatively commonplace among low-volume European carmakers in the 1960s, 1970s, and beyond thanks to the fact that these engines were inexpensive, reliable, and easy to source parts for. 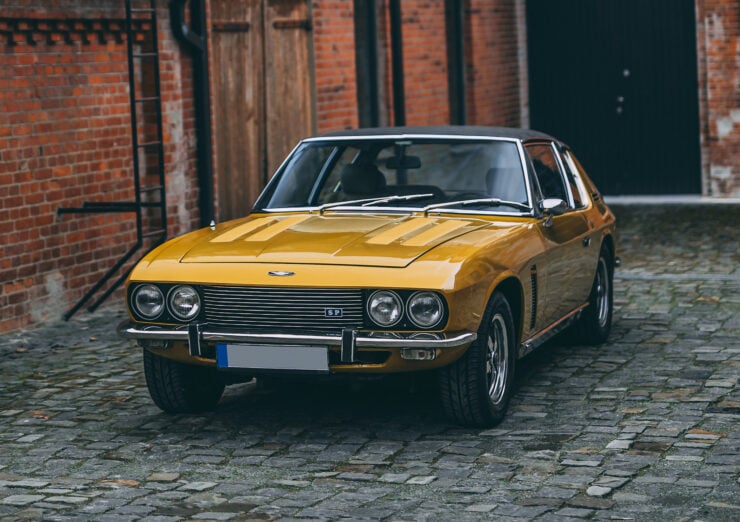 Jensen actually built two different cars called the Interceptor, the first was built from 1950 till 1957, and the second (of which this car is a member) was built from 1966 to 1976, with a couple of revivals in the decades after that resulted in a few dozen additional cars being built. Although the two Jensen Interceptors shared a name, they shared no parts or styling in common.

It was clear as the 1960s progressed that Jensen Motors needed a new flagship automobile. The 1950s styling queues of their previous models were no longer in fashion, the company needed something modern, fast, and elegant.

They turned to Touring who designed a startlingly attractive GT coupe using all-steel construction with a wrap-around rear glass panel that can be opened for easy access. As was common at the time the car uses independent front suspension with a live axle in the rear, Armstrong Selectaride dampers were used, and servo-assisted Dunlop discs were fitted at all four corners.

Jensen Motors had long used American engines, they would exclusively use Chrysler V8s in the Interceptor starting with the 383 V8 which sends power back through either a 4 speed manual or a 3-speed Torqueflite automatic.

The overwhelming majority of cars were fitted with the automatic gearbox, an indication that the Interceptor was intended as a luxurious grand tourer rather than a sports car. The interior of the car was well-appointed, with reclining seats, leather upholstery, electric windows, a stereo, walnut veneer trim, a wood-rimmed steering wheel, and later cars could be ordered with power-steering and air conditioning. 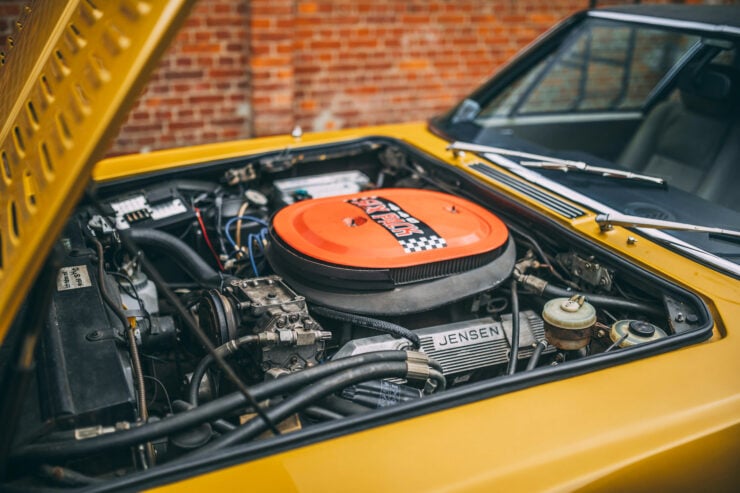 Over the course of production almost 6,500 Interceptors were built, of these the fastest was the car you see here, the Jensen Interceptor SP. That “SP” in the name stands for “Six Pack”, a reference to the three twin barrel carburetors fitted to the 440 cu. in. V8.

In this configuration the engine produced 385 bhp – an astonishing figure for 1971 that eclipsed both the Ferrari Daytona with 352 bhp and the Lamborghini Miura P400SV with 380 bhp. Just 232 examples of the Interceptor SP were built and today they’re highly sought after by enthusiasts and collectors.

The car you see here is a 1973 Jensen Interceptor SP, its first owner took delivery in Germany and the car has remained there ever since – possibly because it’s the perfect autobahn vehicle.

The car is presented in excellent condition throughout with some light patina on the original leather interior. It has air conditioning, power windows, and automatic transmission, and even the original tool roll.

If you’d like to read more about it or register to bid you can click here to visit the listing on RM Sotheby’s. It’s due to cross the auction block on the 13th of February with no reserve. 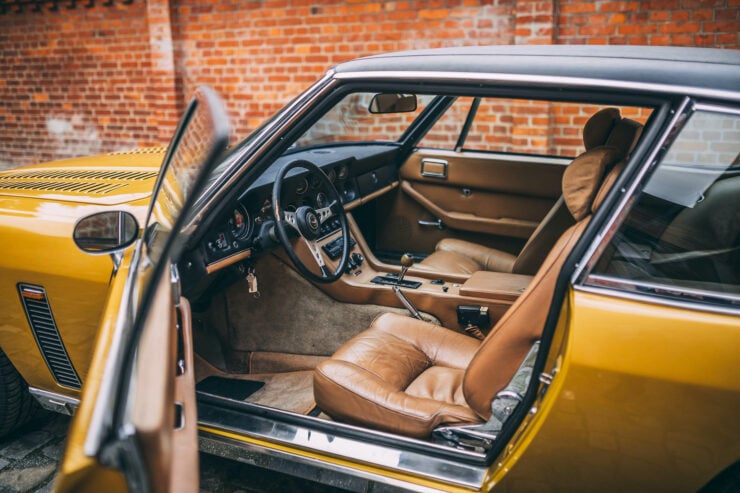 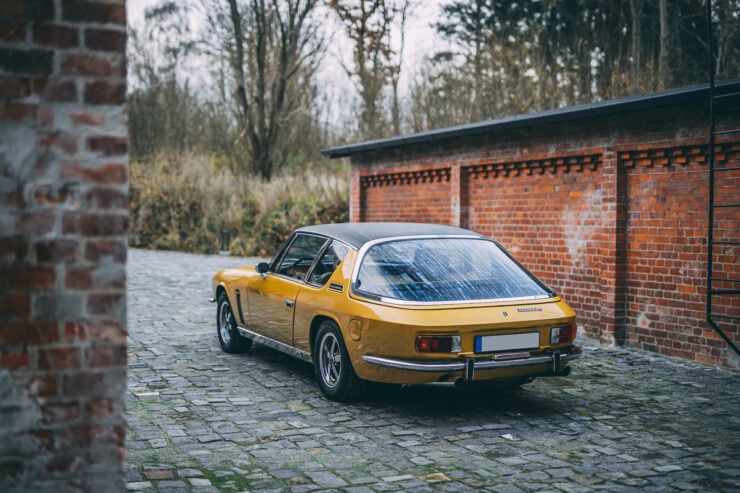 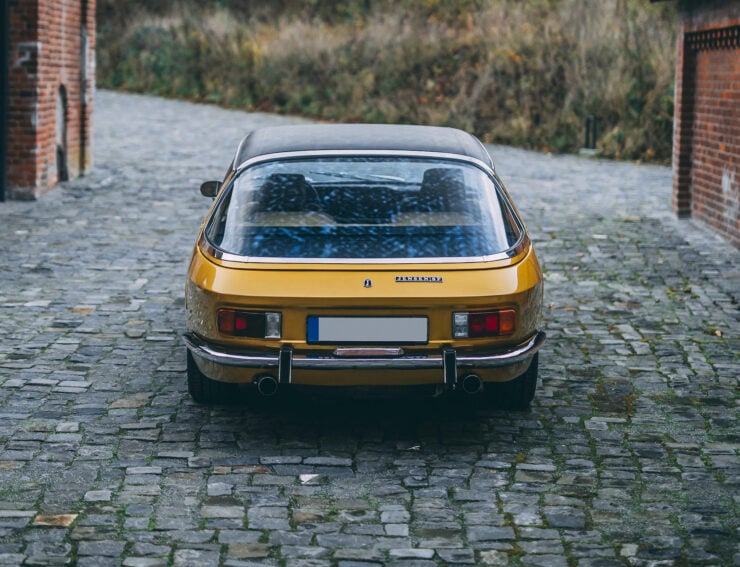 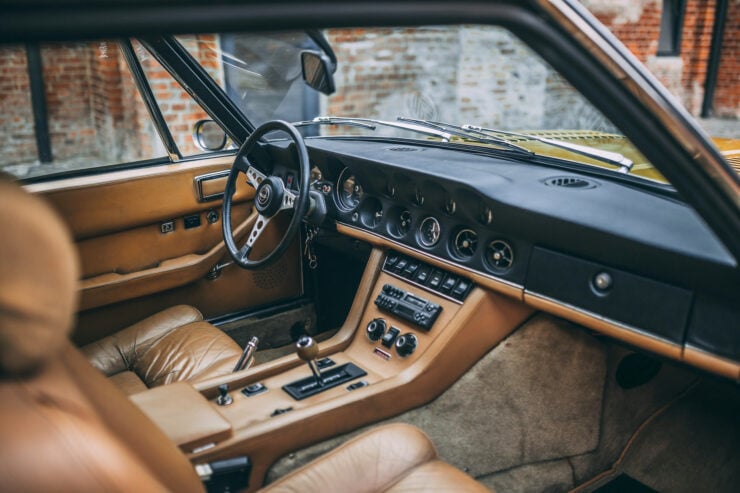 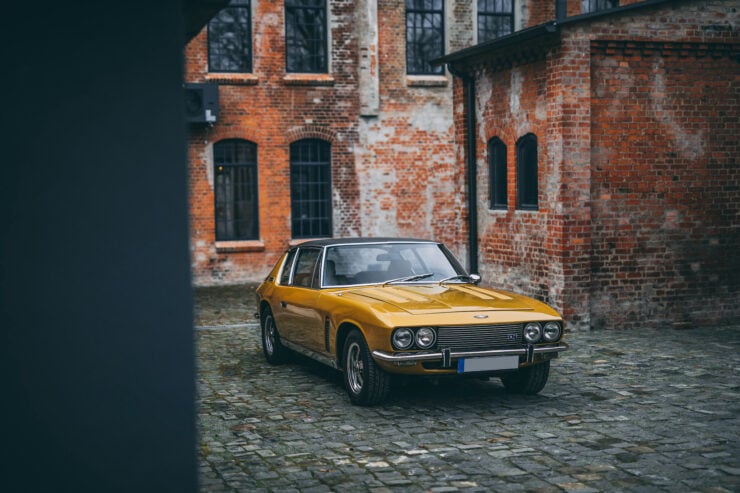 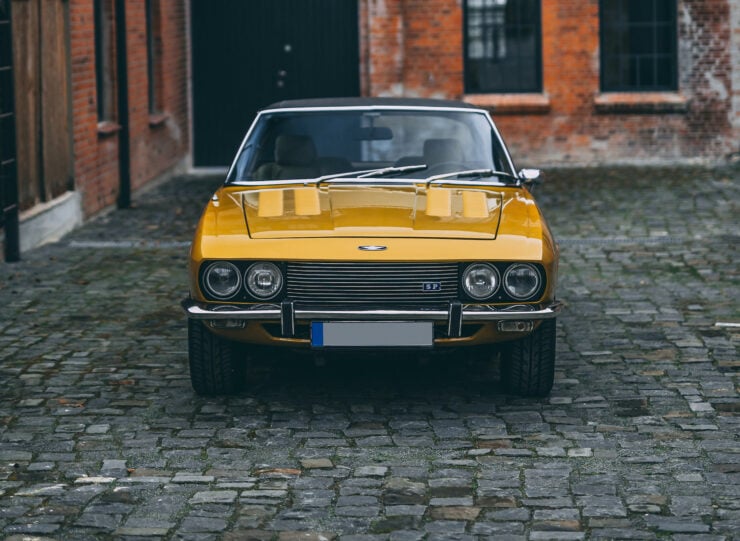 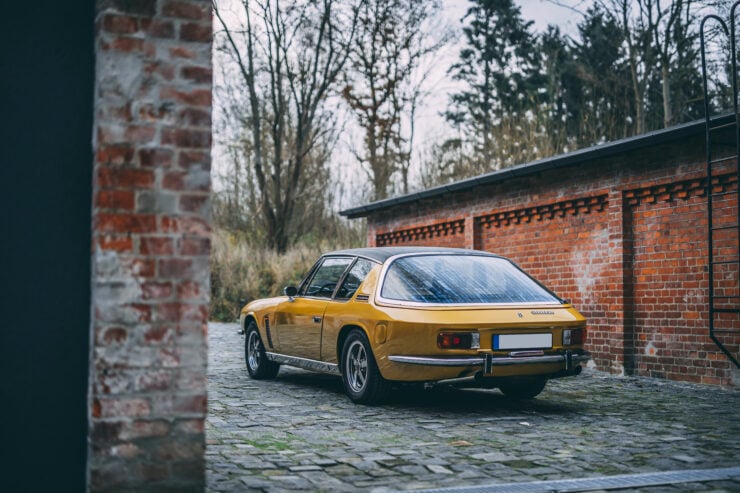 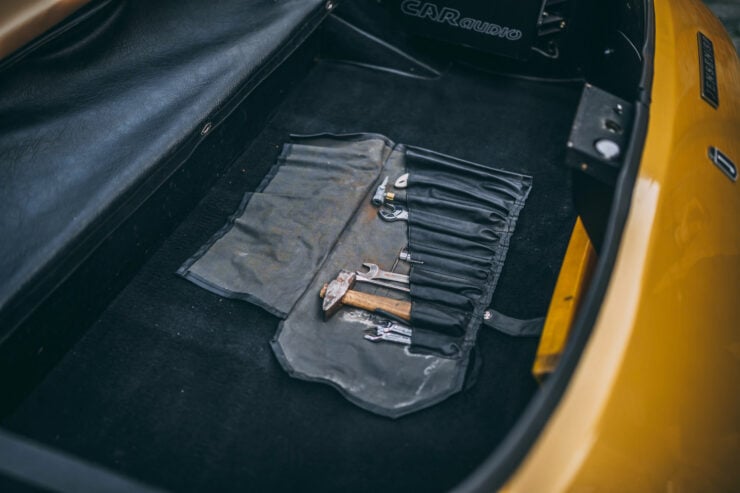 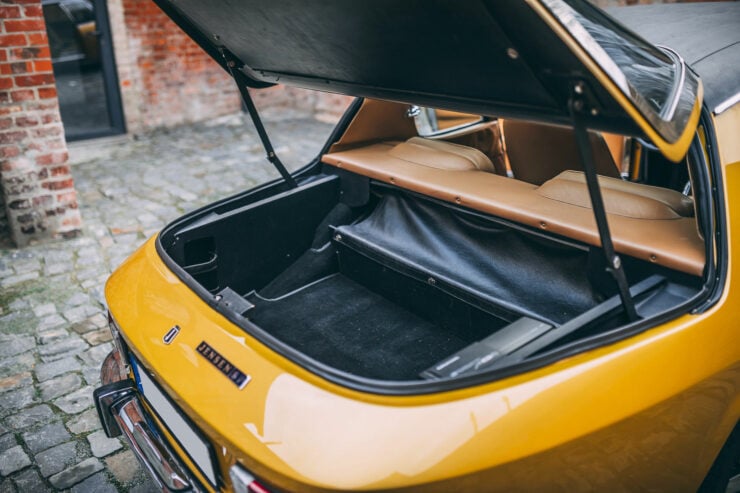 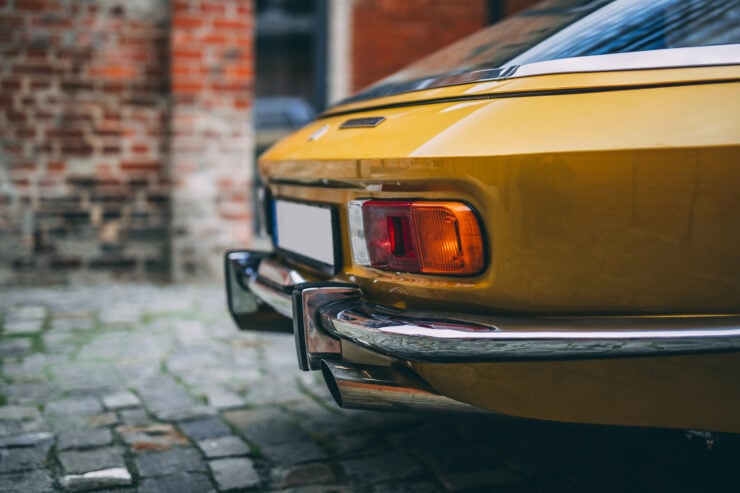 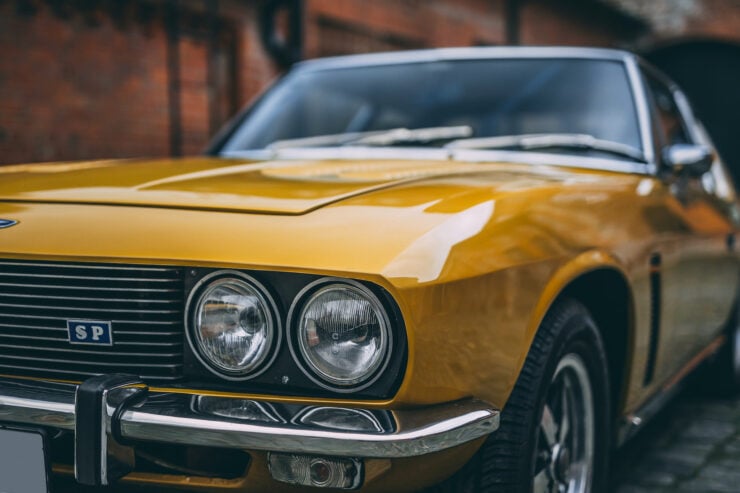 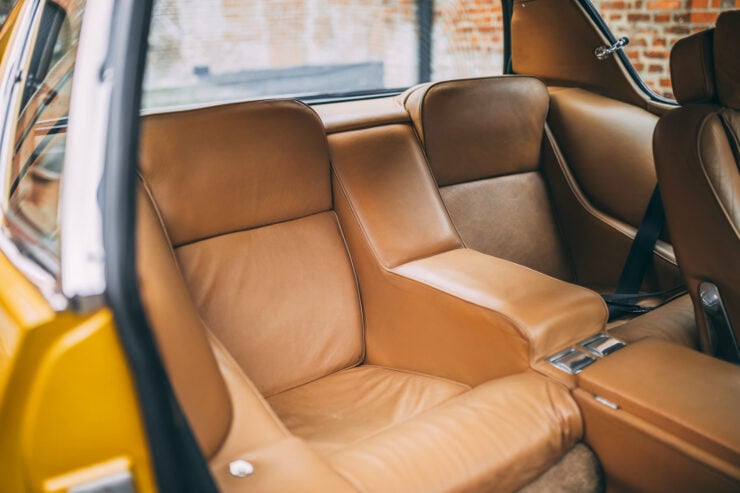 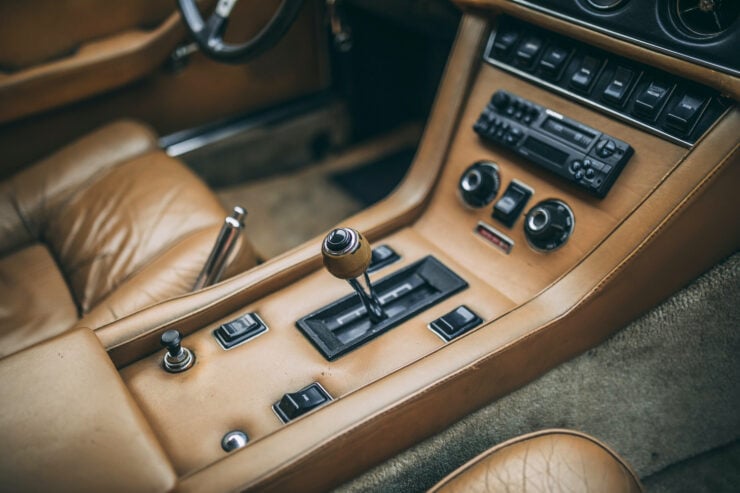 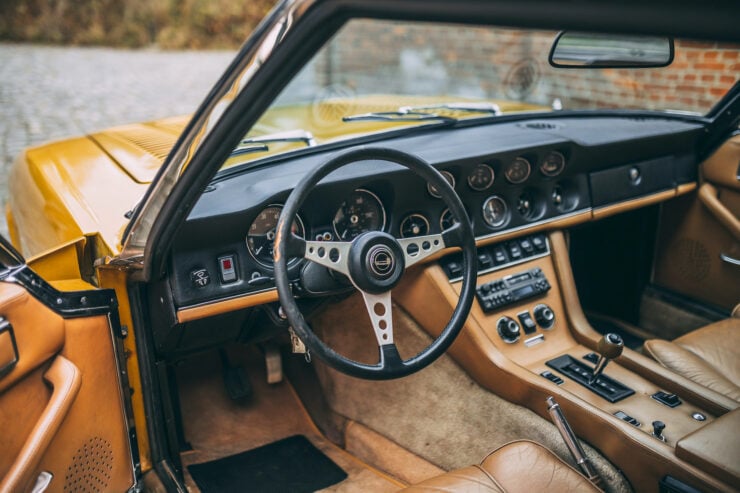 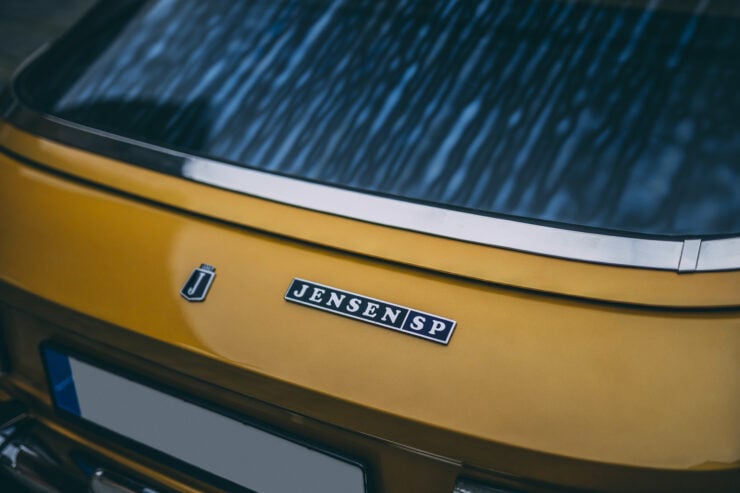 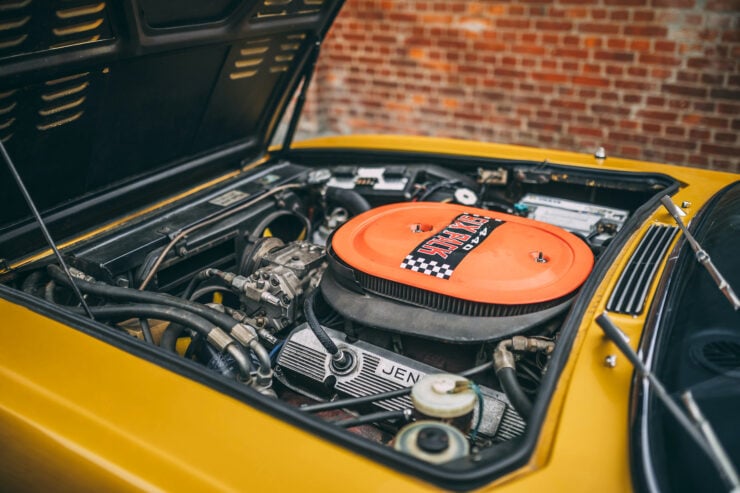 This is the Tamiya Lotus Super 7 Series II, a 1:24 scale model of a car with one of the longest production runs in history,…

The Steyr-Puch Haflinger was developed in Austria to replace the ageing WWII-era Jeep, these Jeeps had been used by the Austrian armed forces for…

This is a complete defensive driving course that was made in 1973 by Film Australia. Although times have changed the overwhelming majority of defensive…

There are few vehicles as universally loved as the VW Type 2, the air-cooled van has a number of different names depending on region and…