This is the front end of the Ferrari V8-powered Spice Engineering SE87C coupe, it was raced by David Tennyson in the IMSA Camel Lights class and it was likely one of two or more front ends that could be swapped out when required.

Spice Engineering was founded by Gordon Spice and Raymond Bellm in 1984 and remarkably just three years later in 1987 their cars won their class at the 24 Hours of Le Mans. Just to prove it wasn’t a fluke they then won again a year later in 1988, followed by more victories in the 1990s.

Based in Britain, Spice Engineering worked with a number of major manufacturers including General Motors. Over the course of their active years they would use a variety of engines from companies like Honda, Pontiac, Chevrolet, and Ferrari. 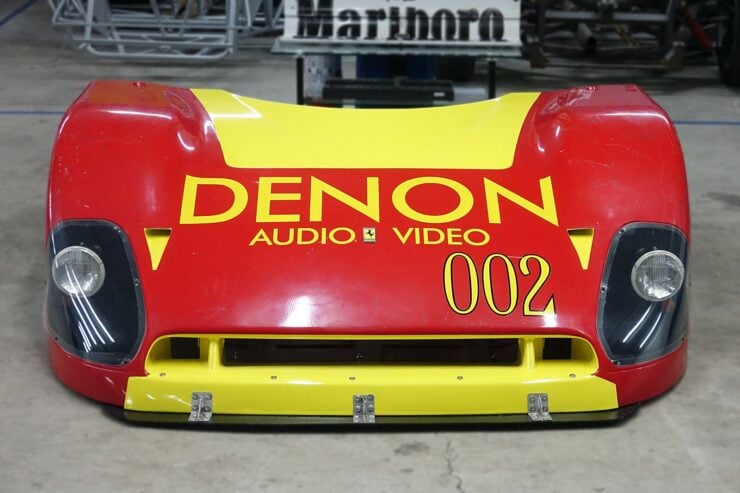 This composite front end was originally fitted to a Spice Engineering Ferrari SE87C from 1987.

This composite front end carries Ferrari badging, obviously implying that it came from one of the comany’s Ferrari-powered vehicles. It’s believed to have come from Spice Engineering chassis SE87L-001 which has the same red and yellow colour scheme with Denon livery.

The front end is now for sale through Collecting Cars, it’s make an excellent display and conversation piece for whoever buys it.

If you’d like to read more or place a bid it’s being auction live at the time of writing and you can click here to visit the listing. 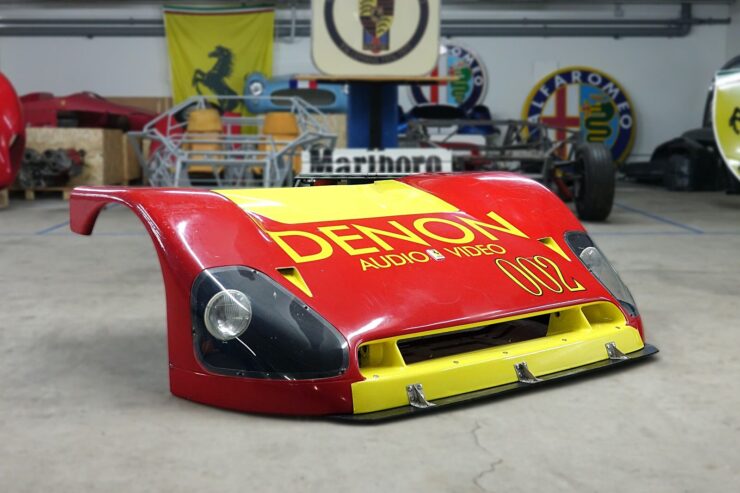 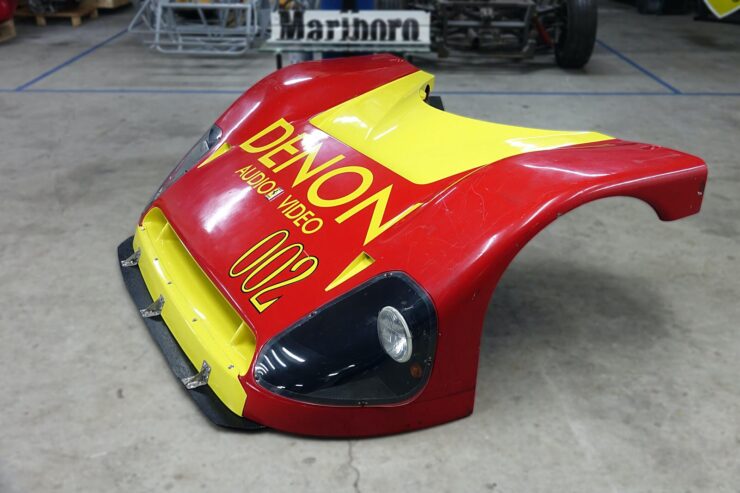 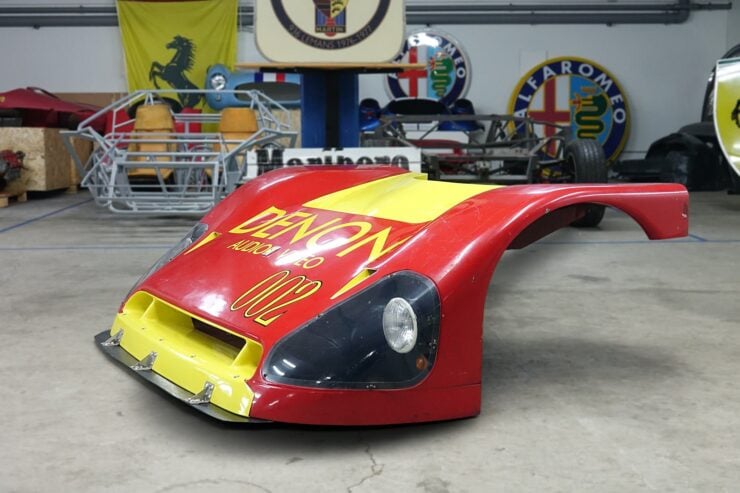 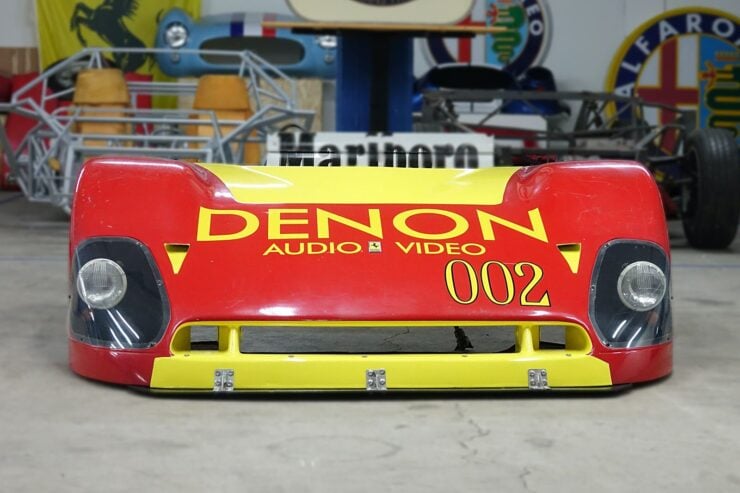 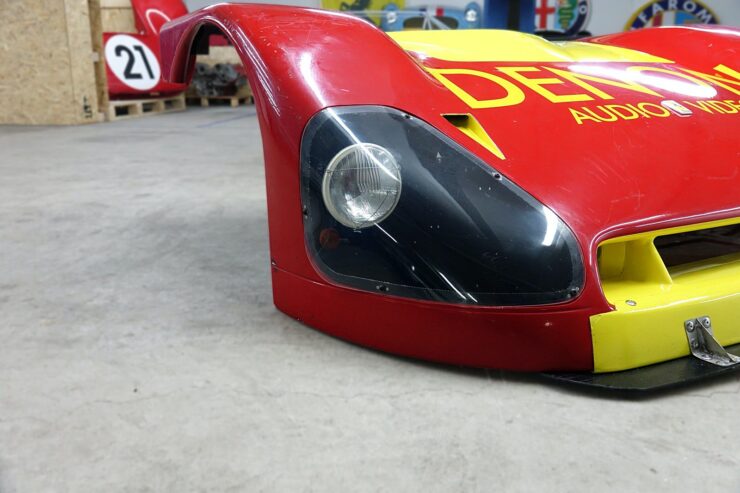