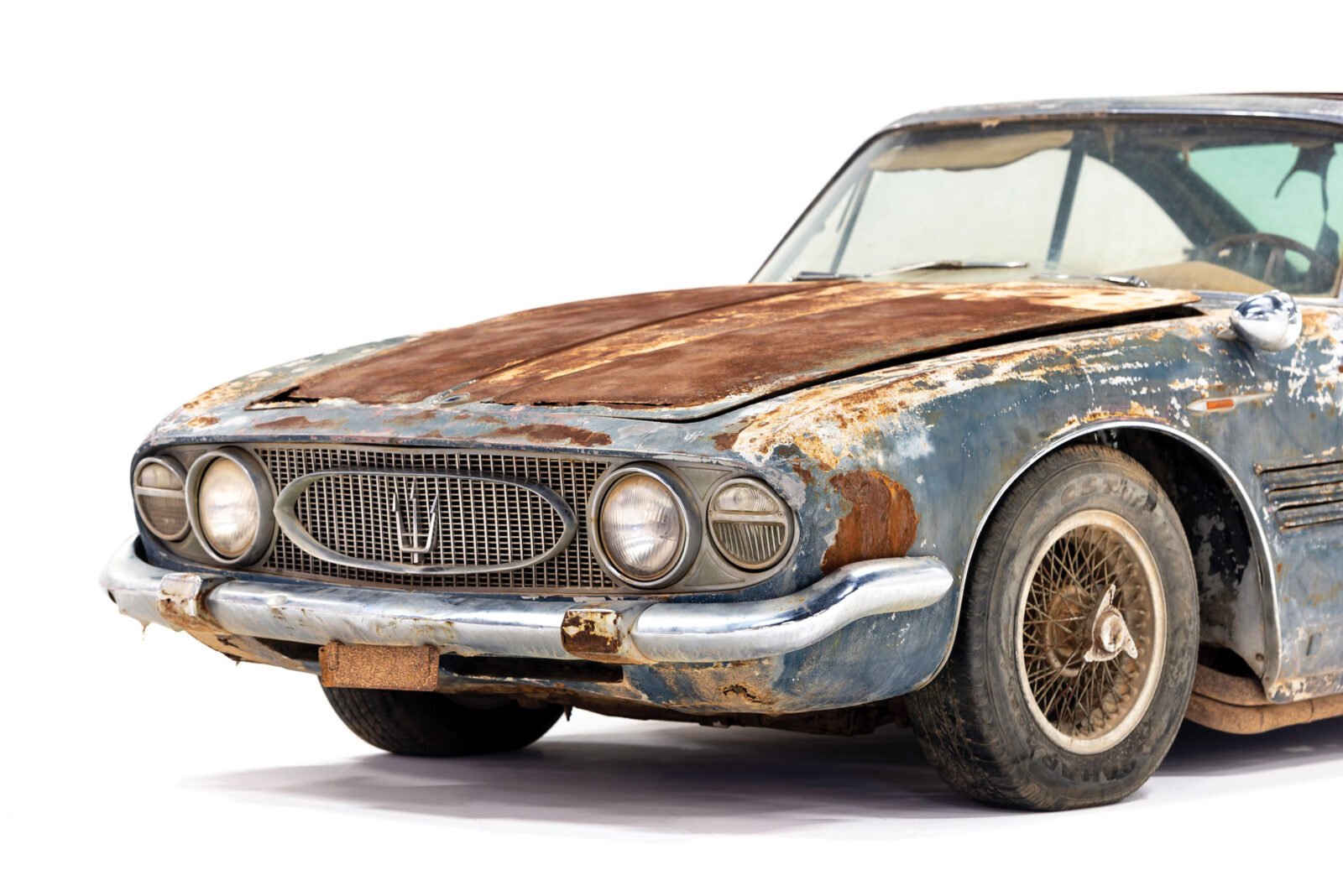 The Maserati 5000 GT Coupe was built to fulfill an order dreamt up by the Shah of Persia, Mohammad Reza Pahlavi. He wanted a road-going GT car based on the Maserati 3500 GT but powered by the cutting edge 400+ bhp V8 engine from the Maserati 450S sports racing car.

Just 34 of these cars would be built with the official name “Maserati 5000 GT”, however the cars are sometimes referred to as the “Shah of Persia” due to their provenance. It was the Shah who personally hired Giulio Alfieri, Maserati’s chief engineer, to create a more road-oriented version of the 450S engine with a narrower bore and an increased stroke. 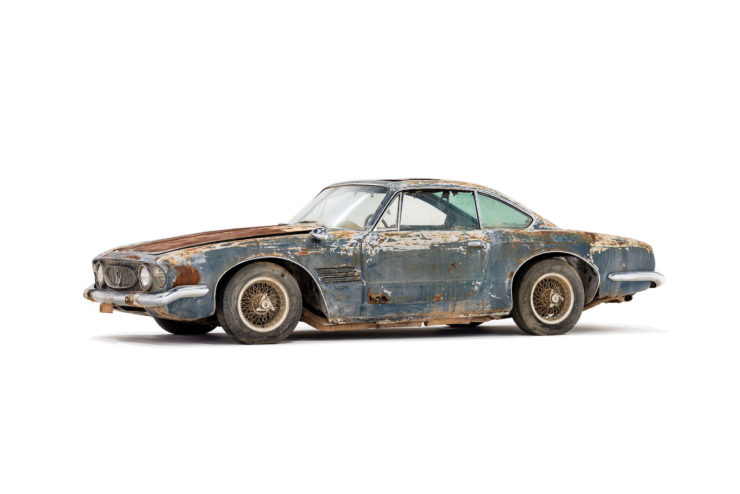 This modified 450S engine would then be fitted to a Maserati 3500 GT with a bespoke aluminum body developed by Carrozzeria Touring using their Superleggera method later used on cars like the Aston Martin DB5.

The list of luminaries who would pay the then-exorbitant cost of approximately $17,000 USD for the 5000 GT (roughly double the MSRP of the 3500 GT) were Mexican President Adolfo López Mateos, actor Stewart Granger, industrialist and principal shareholder of Fiat Gianni Agnelli, American entrepreneur and sportsman Briggs Cunningham, Count Giuseppe Comola, Basil Read, and Italian businessman and creator of the Lambretta motorscooter Ferdinando Innocenti.

The less than three dozen examples were built between 1959 and 1965, each is unique in its own way having been largely tailored to suit the tastes of the person ordering it.

It’s difficult to overstate how advanced this engine was for its time, it was a 90º 4,937cc V8 with all aluminum alloy construction (block and heads) double gear-driven overhead cams per bank, four Weber 45 DCOE carburettors, a mechanical Magneti-Marelli ignition, twin spark plugs per cylinder, a dry sump, a 4-speed ZF (later upgraded to a 5-speed) and 325 bhp at 5,500 rpm with ~360 ft lbs of torque at 5,500 rpm in full race trim. 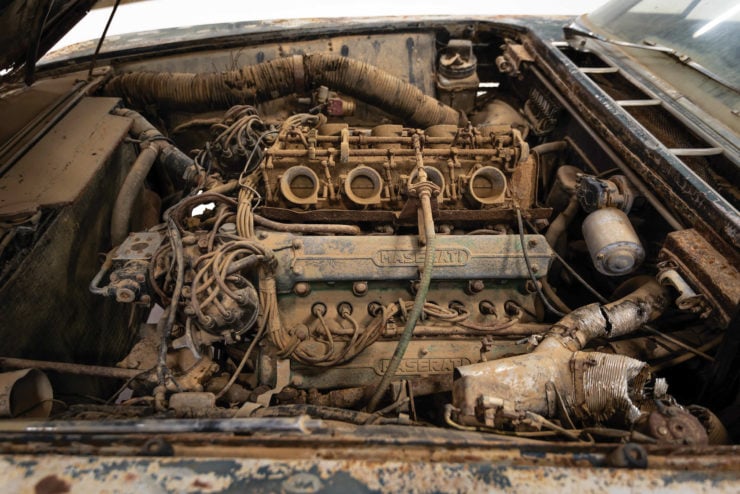 These figures are impressive today, but in 1956 they were mind-bending. Formula 1 cars of the era were generally producing under 300 hp, so this engine upgrade for the 3500 GT was the approximate modern equivalent of dropping a ~1,000 bhp engine into a luxurious sports touring car.

Early examples of the 5000 GT has disc brakes up front with drum brakes in the rear, later cars received disc brakes on all four corners – probably a very useful upgrade considering the power on offer.

The 5000 GT you see here was feared lost for many years, until it was rediscovered languishing in its current condition in the Middle East. It had been bought by Rubayan Alrubayan, a Saudi Arabian car enthusiast, in the 1970s and left outdoors in the elements for decades. 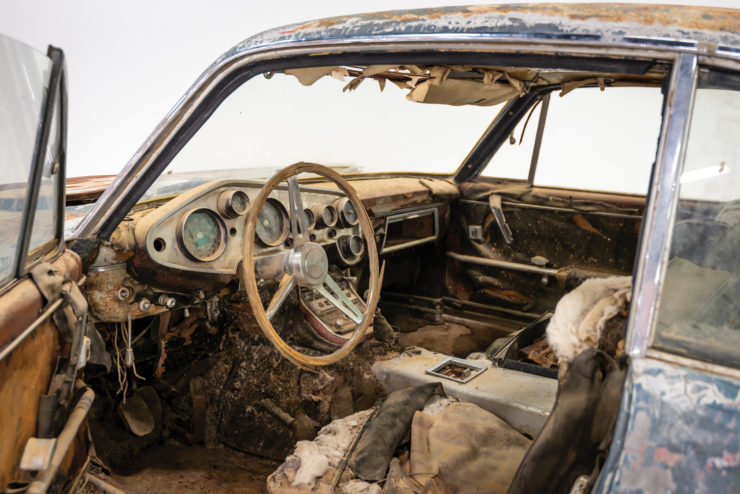 After Alrubayan’s passing his relatives moved the car indoors to preserve it and have now decided to offer it for sale. As it happens, this is the only 5000 GT built by Ghia, it was created for Ferdinando Innocenti the man behind the Lambretta motorscooter. This heritage likely means this car will attract a lot of attention from collectors, even more than an already rare 5000 GT would.

Interestingly the Arabic spray paint on the side of the door marked this car as “abandoned” and due to be scrapped, so it was fortuitous that it was saved from not just the desert sands but the wreckers as well.

RM Sotheby’s list the car as being in remarkably complete condition, a gift to the future restorer, with its engine and drivetrain appearing complete. The body is steel and it will need considerable work, but a capable restoration team should have no problem getting the car back to its former glory – hopefully keeping as much of the original metal as is humanly possible.

If you’d like to read more about this car or register to bid on it, it’s due to roll across the auction block with RM Sotheby’s in mid-August at Moneterey where it will be offered without a reserve. You can click here to see the listing. 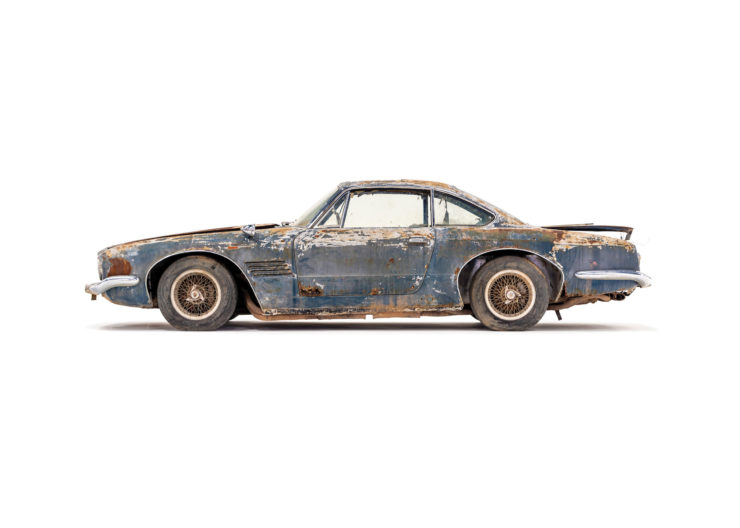 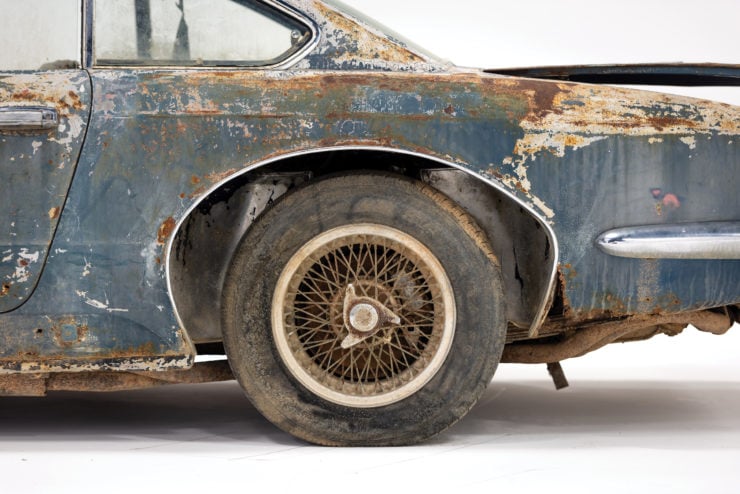 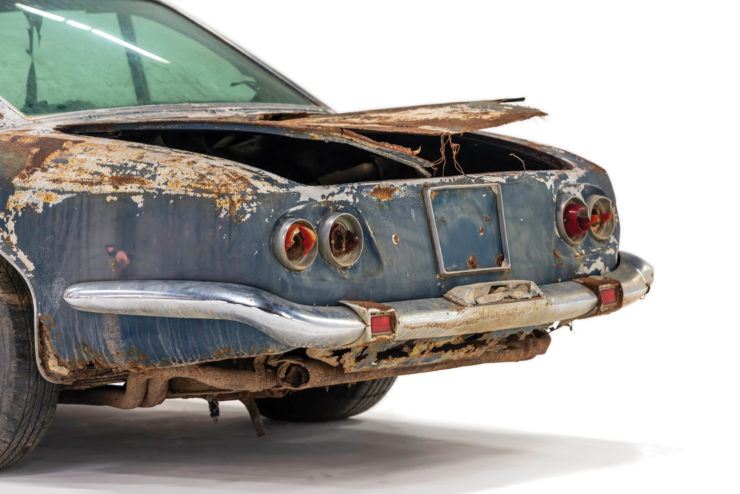 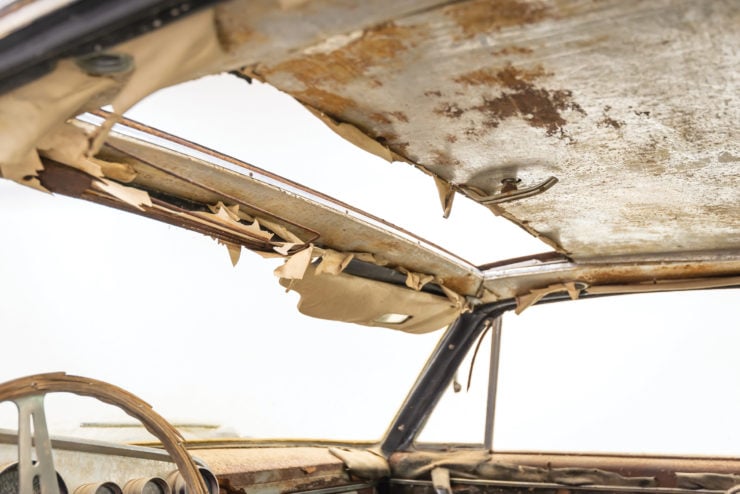 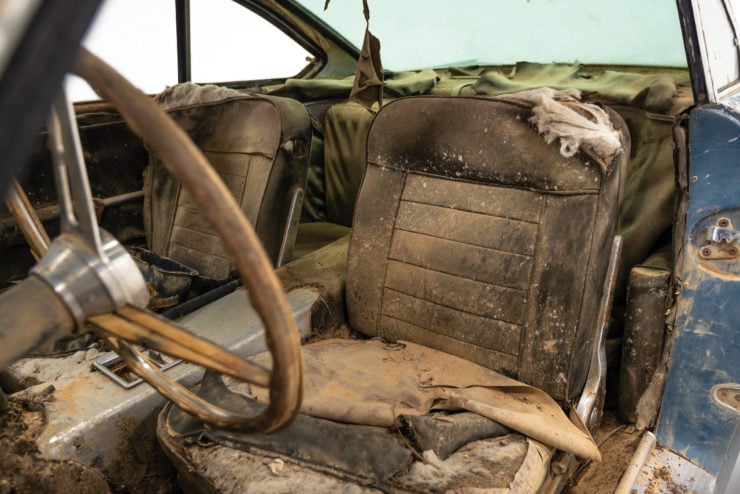 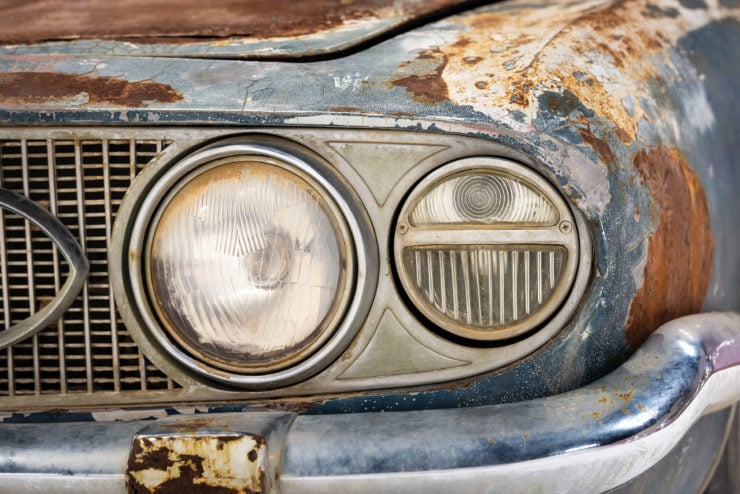 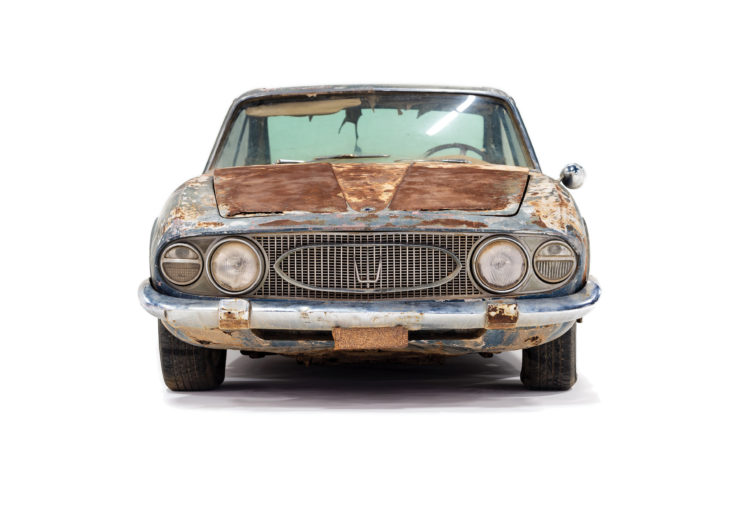 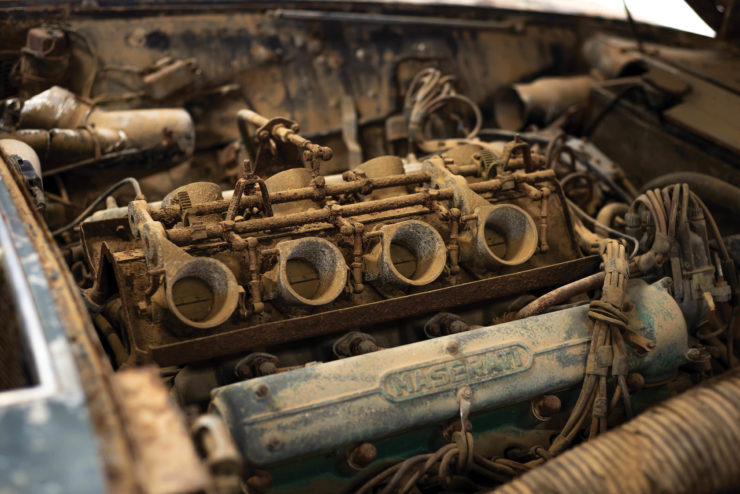 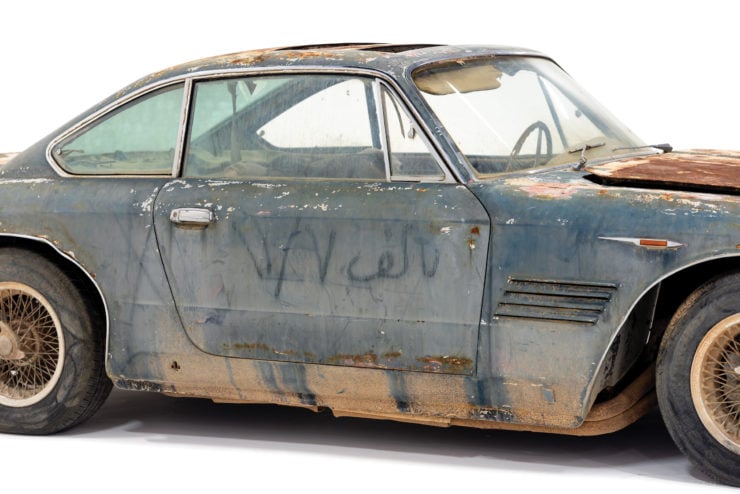 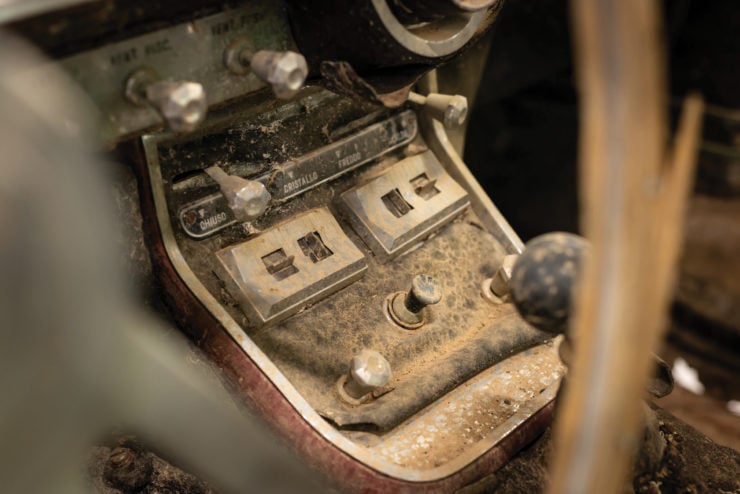 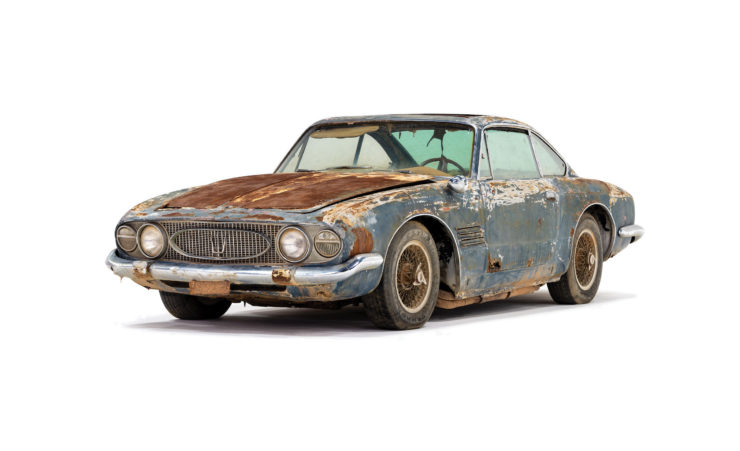 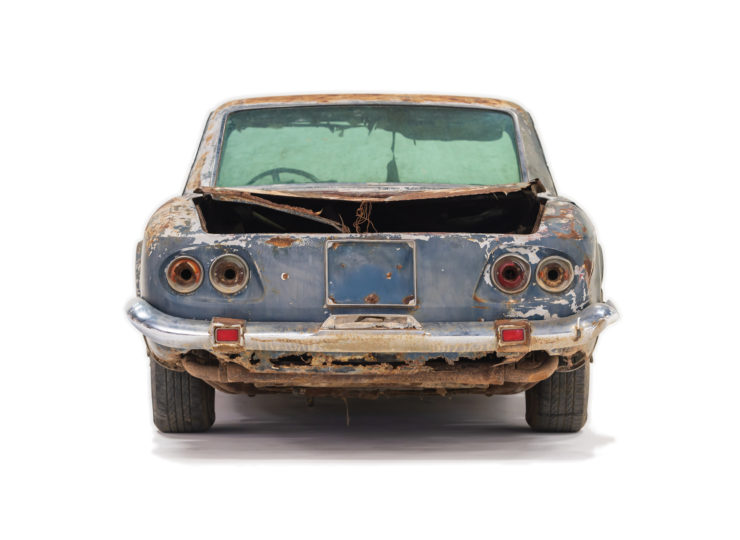 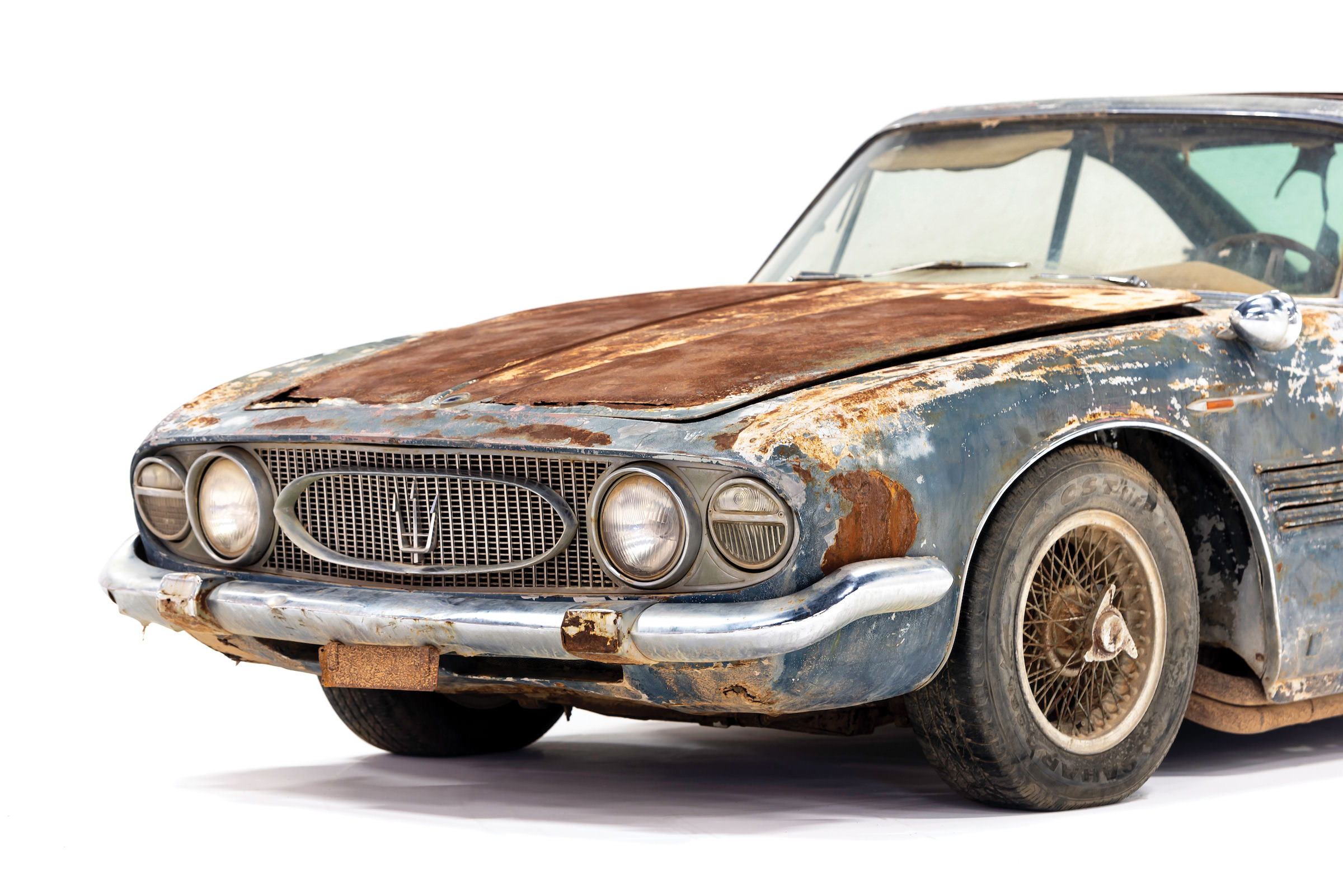