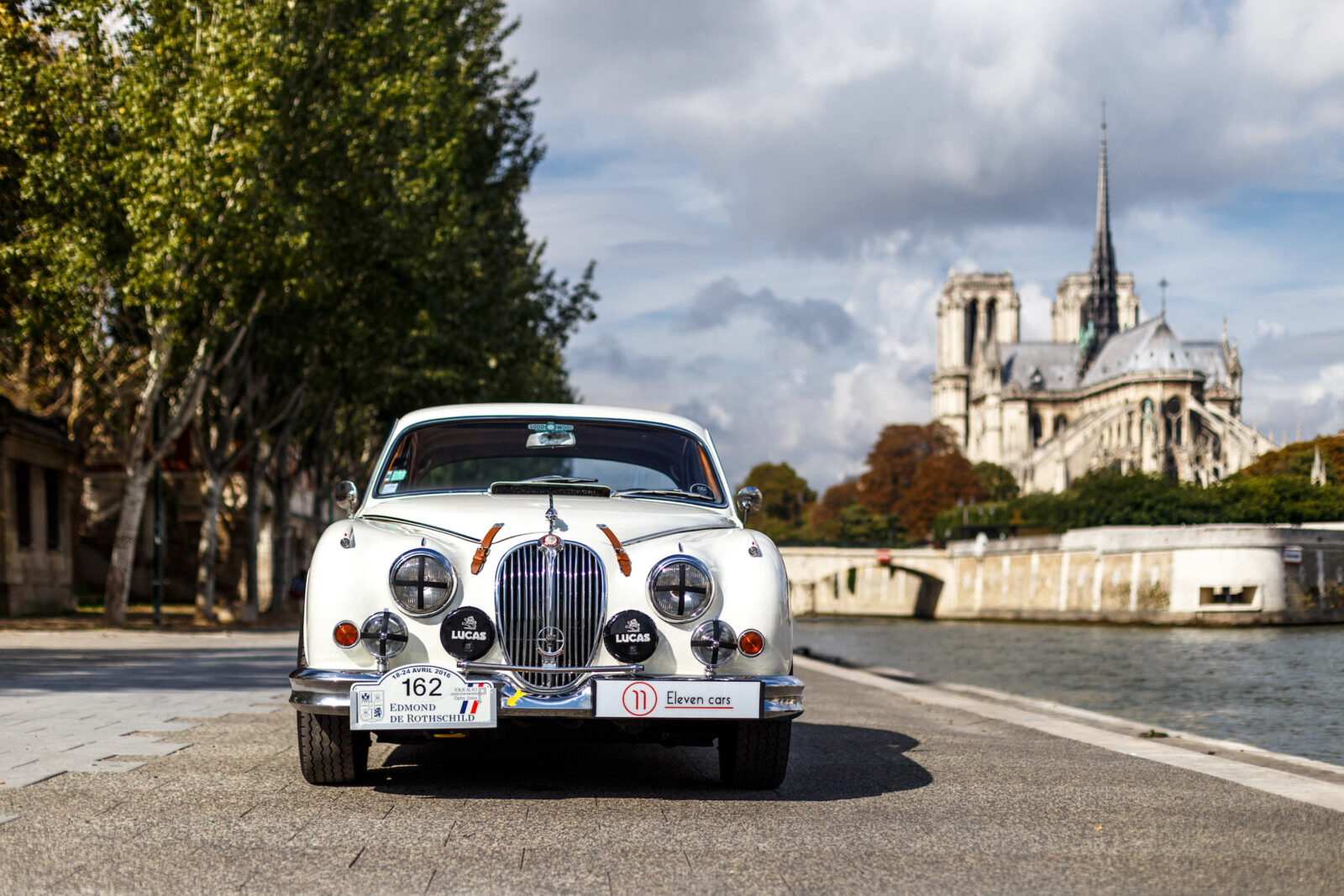 The Jaguar Mark II is commonly referred to as the Gentleman’s Express, particularly the 3.8 litre version fitted with the twin cam XK straight-6, capable of 220bhp in stock trim, a top speed of over 125 mph, and a 0 to 60 mph time of 8.5 seconds. These are genuinely remarkable figures for a 4-door saloon car first offered for sale in the 1950s.

The most famous of all the MK II Jaguars is undoubtably the one used as a getaway vehicle in The Great Train Robbery in 1963, the speed and handling meant that there wasn’t a police constable in the country that could keep up with the enterprising thieves. The MK II would be used in a number of robberies, typically either the 3.4 or the 3.8, and different getaway drivers had their own preferences on which engine was better for outrunning the Fuzz.

The 3.8 litre variant of the Jaguar XK engine has the same block, crank, connecting rods and pistons as the version used in the E-Type of the era (know as the Jaguar XKE in North America), but had a different inlet manifold and one less SU carburetor – resulting in approximately 30 bhp less power. Enthusiast owners have been known to acquire E-Type inlet manifolds and carburetors to correct this deficit – further increasing top speed and lowering the 0 to 60 time. 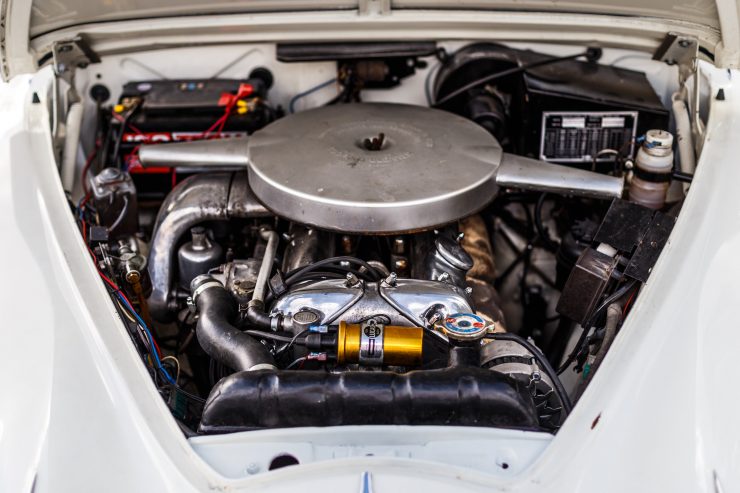 The Mark II also enjoyed a long life in motorsport, with Bob Jane won the 1962 Australian Touring Car Championship driving a 3.8 Litre Mark II, then taking the same championship a year later in a Mark II with a 4.2 litre XK engine.

This MK II was delivered new in 1967 to France, and rather impressively it still has its matching engine/chassis numbers from the factory – a rarity as it was often cheaper to swap out the engine than repair the original. It is wearing a different color that it was originally, now in English White instead of grey, which most people would probably agree is a better choice.

The car does benefit from a series of carefully considered upgrades including a new 5-speed gearbox (the original matching-numbers unit still accompanies the car), with a new clutch, modern shock absorbers all round, and modern poly bushings to improve road feel and steering response. Electric power steering has been fitted with a new slightly smaller Motolita steering wheel, but the original equipment comes with the car should a new owner wish to return it to factory spec.

A new high torque starter motor has been installed, as well as an oil cooler, and a Kenlowe fan. The original front seats have been replaced with a pair of Series 1 E-Type bucket seats – far better for spirited driving. The Jaguar tachometer has been replaced with a more reliable Stack gauge, and in the interest of safety, 3-point seat belts have been installed to replace the original lap belts.

This car is currently for sale by Eleven Cars in Paris, if you’d like to read the listing or enquire after buying it you can click here to visit the listing. 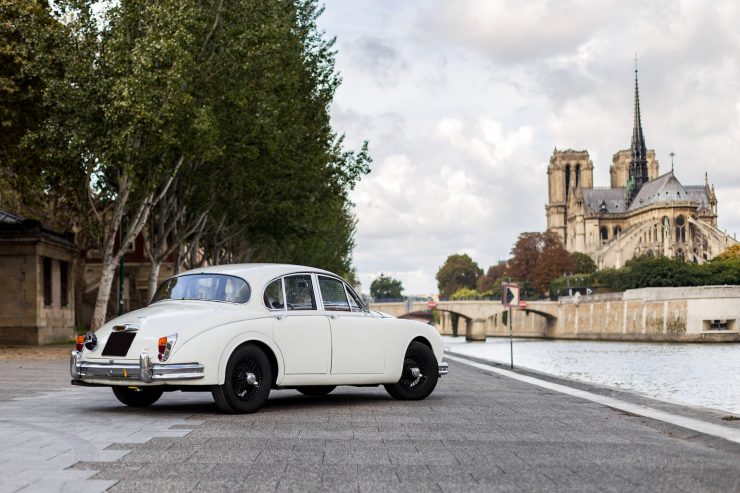 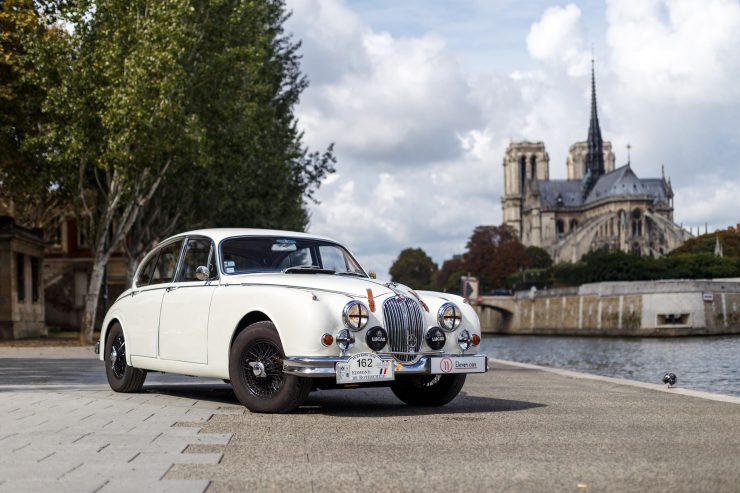 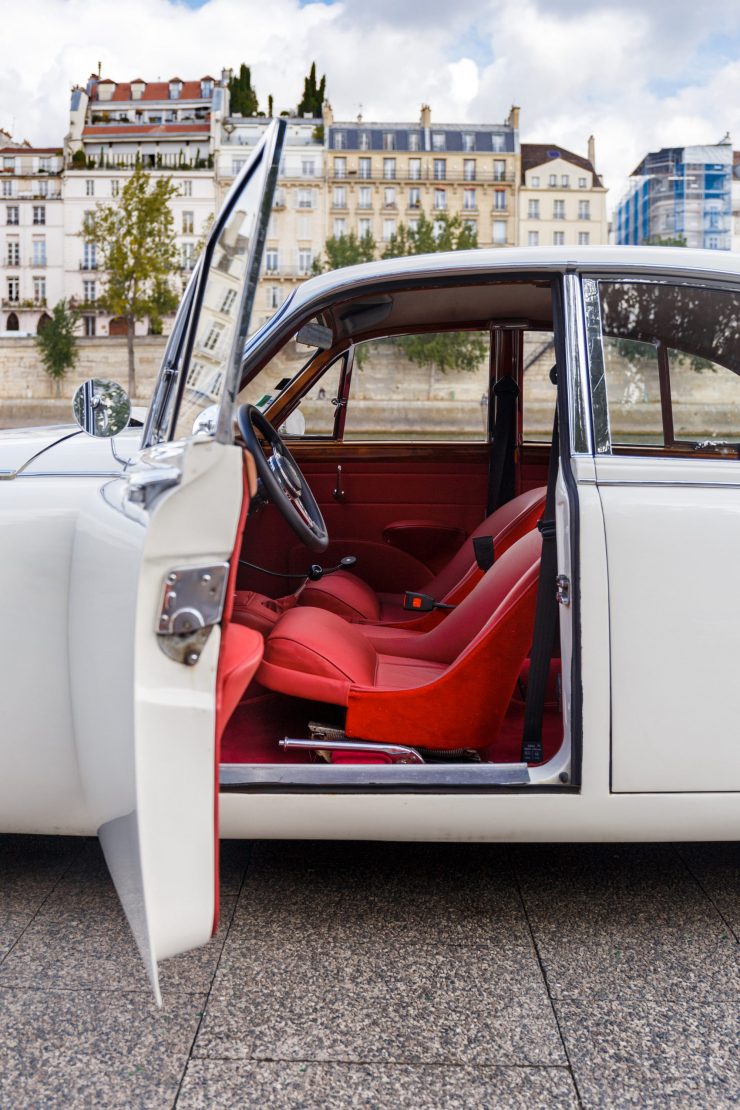 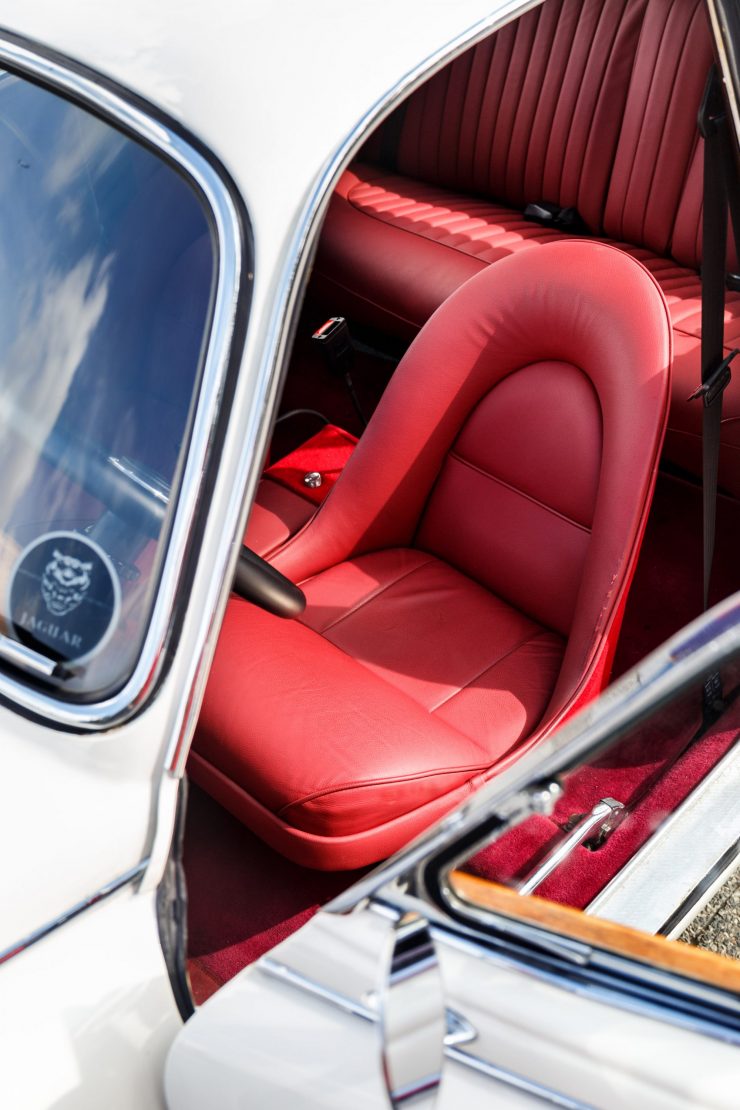 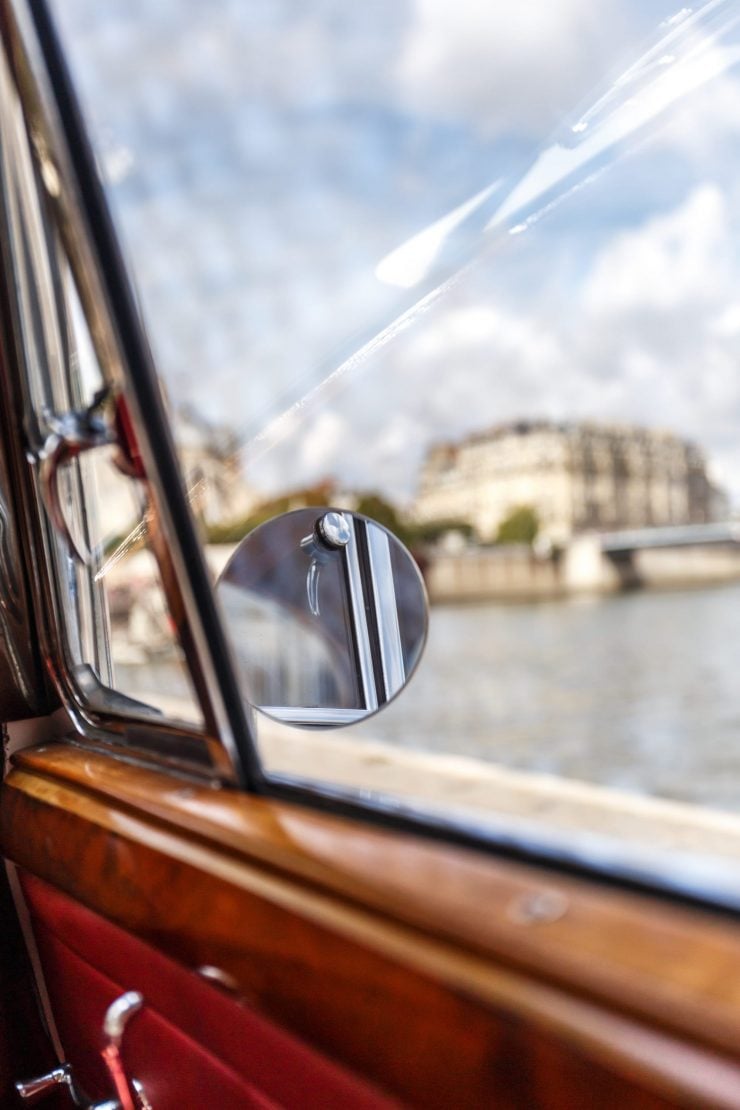 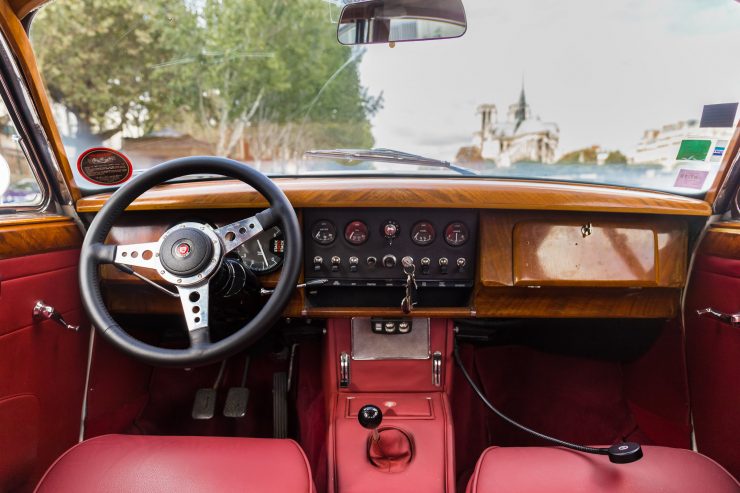 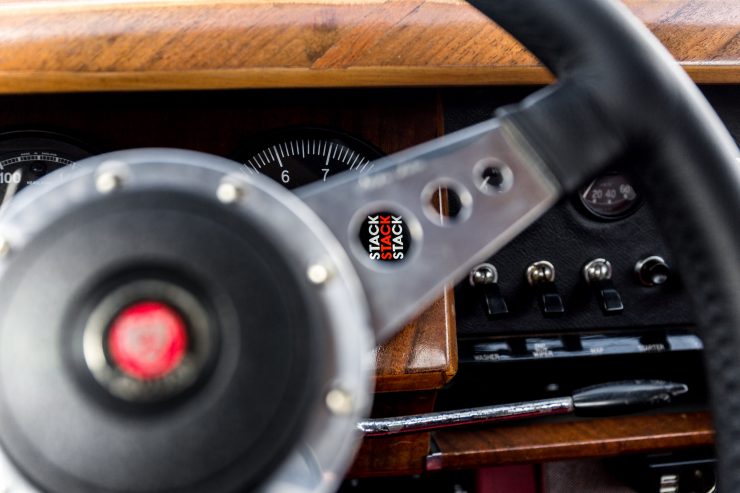 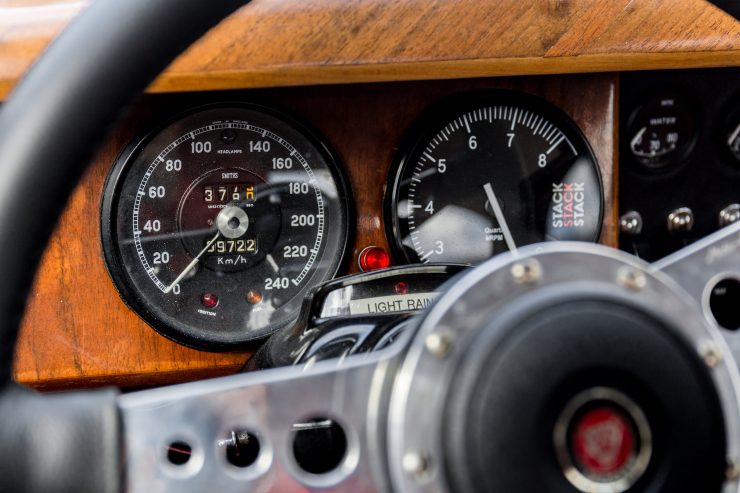 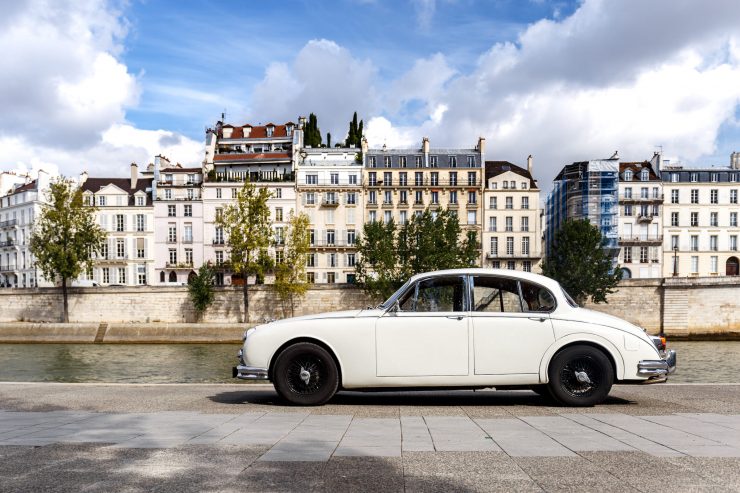 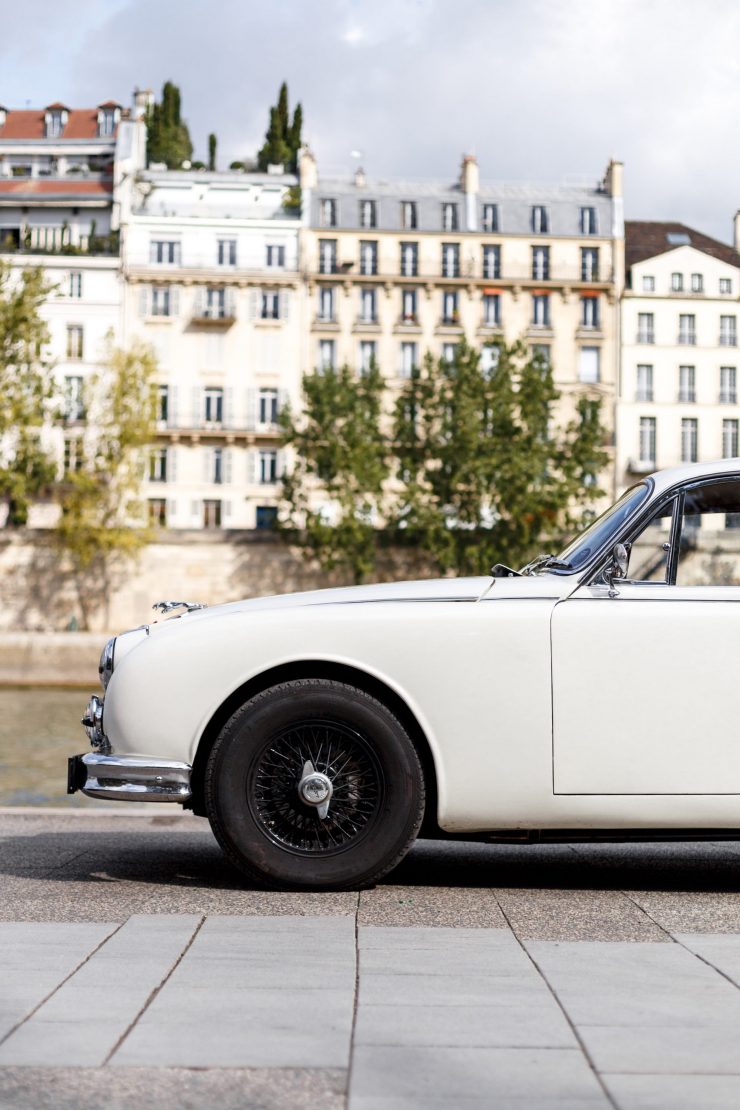 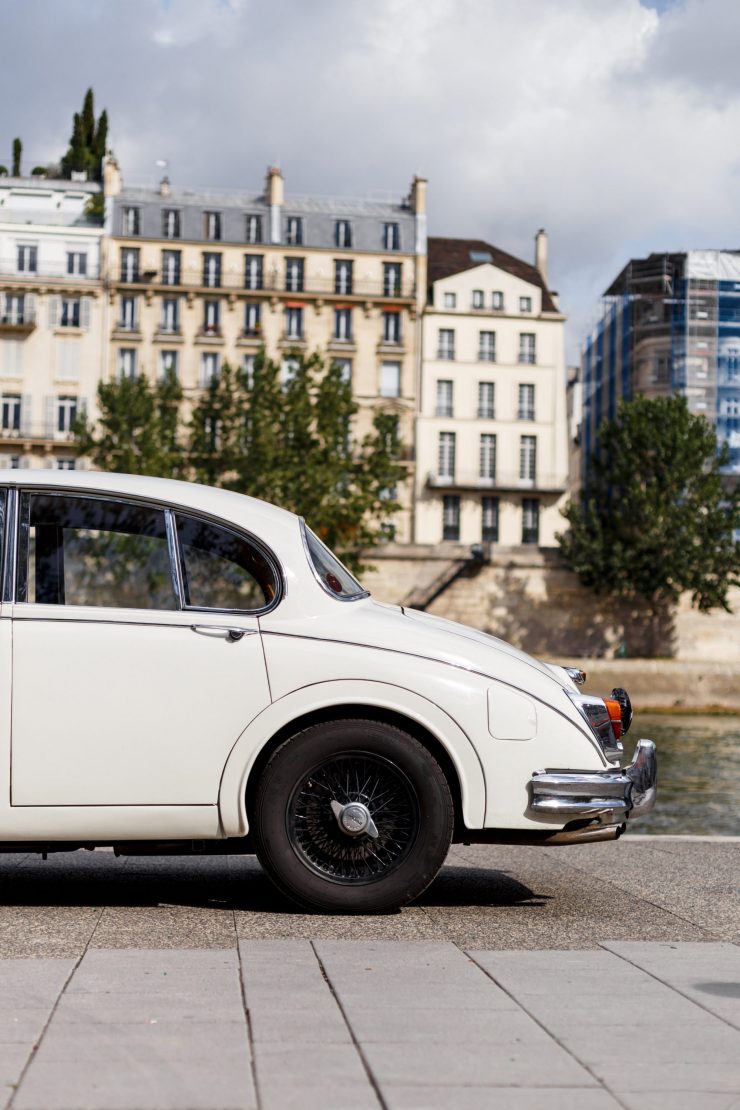 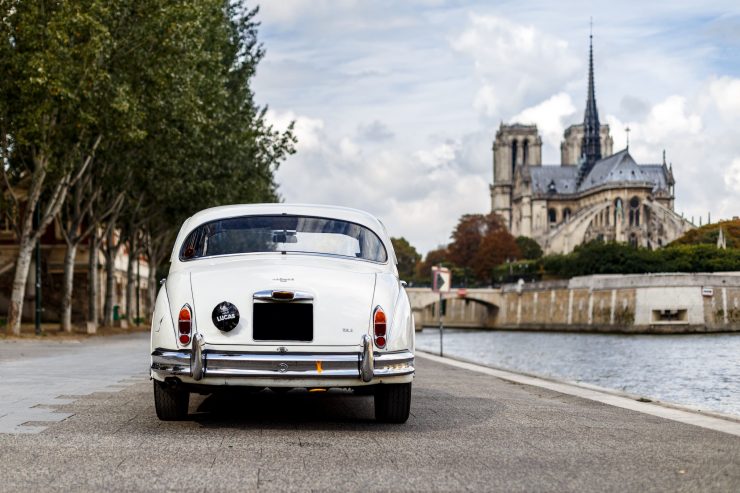 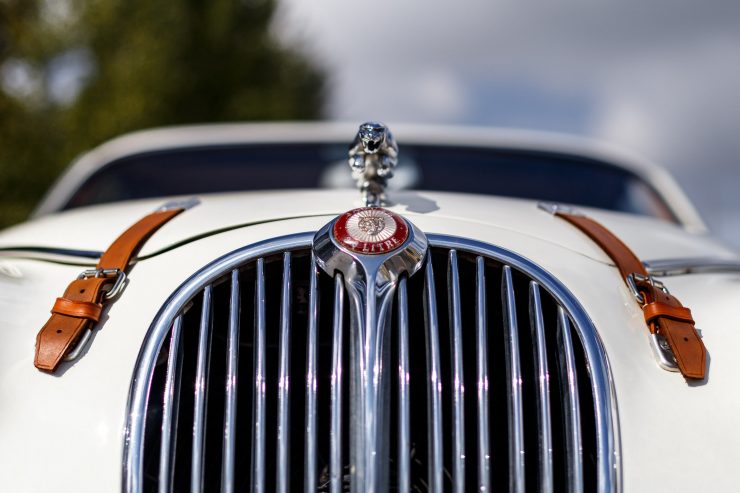 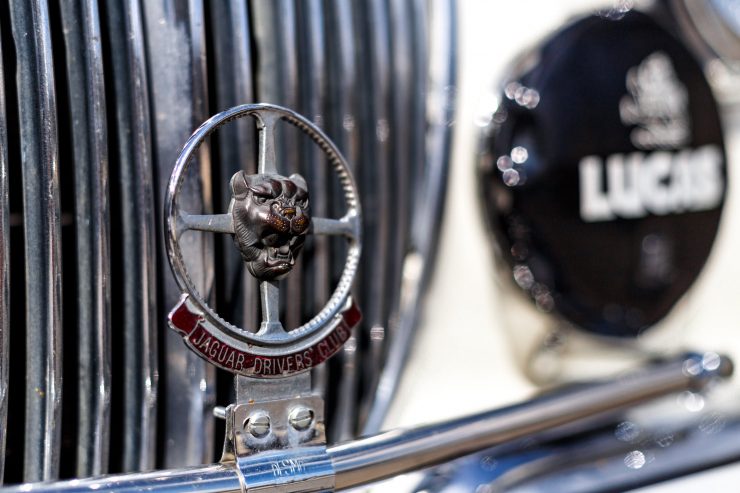 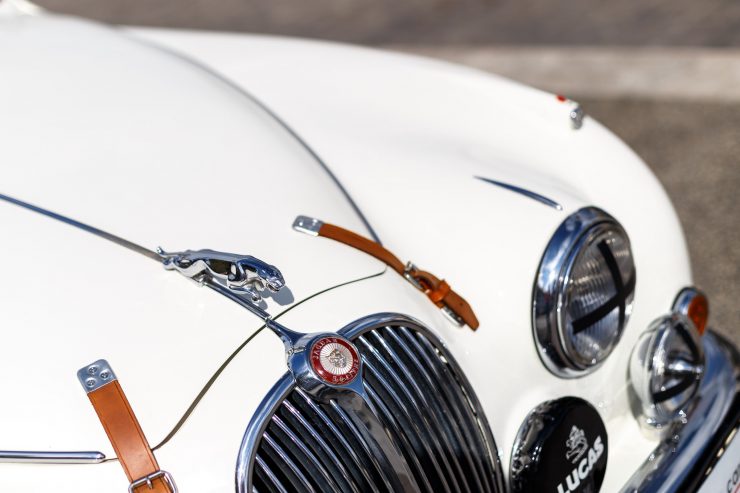 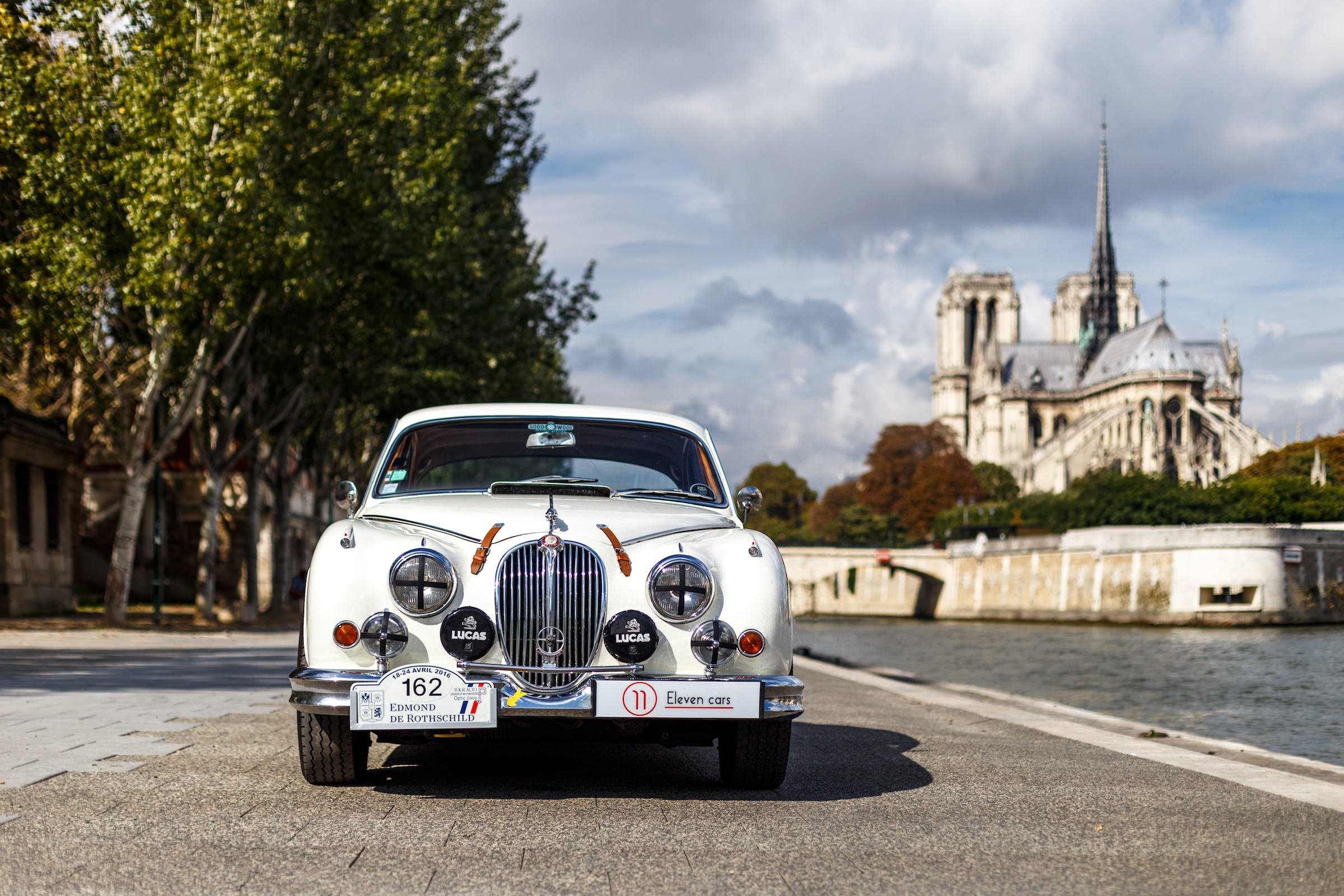