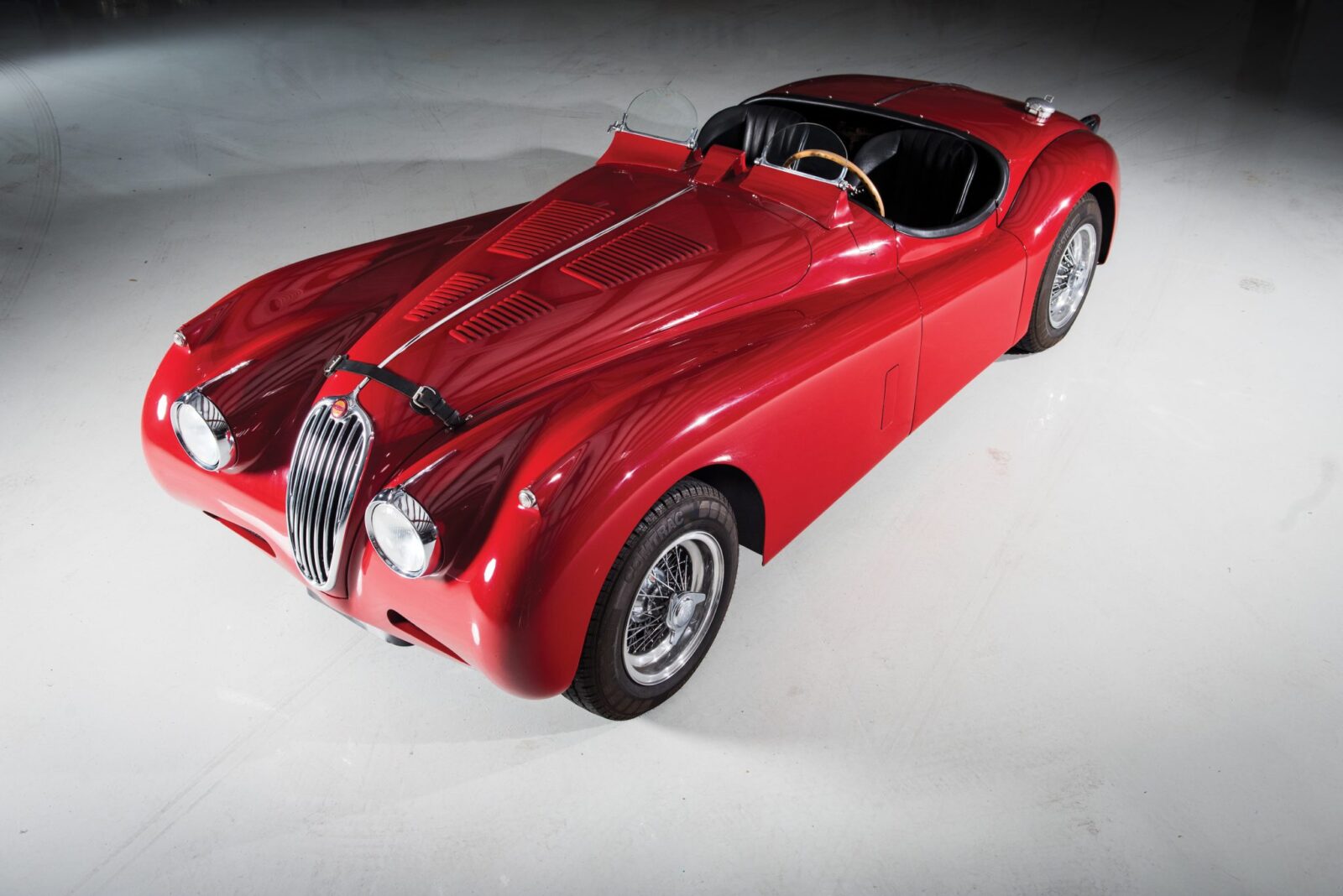 The Jaguar XK140 was released in 1954 as the successor to the mighty XK120, it wasn’t meant as a blank slate redesign but more of a series of tweaks to further improve the already very popular sports car.

The XK120 got its name from its engine and its claimed top speed. The engine was the straight-6, DOHC, 3.4 litre Jaguar engine called the “XK” – and the top speed was 120mph. People quickly realised that the top speed was being underreported, 130+mph was possible and in 1950 and 1951 at a banked high-speed oval track in France, XK120s averaged over 100mph for 24 hours and over 130mph for an hour straight.

When it came time to update the legendary XK120 the team at Jaguar chose to tread very carefully. The engine was moved forward 3 inches with matching shifts in the position of the dashboard and firewall. This made the car more comfortable for drivers over 6 feet tall, who had struggled with the relatively cosy confines of the XK120.

A new grill was added, along with some new chrome body strips and a new boot emblem that said “Winner Le Mans 1951–3”. In stock trim the XK140 produced 190bhp, however those with sporting aspirations could order their car with the racing Jaguar C-type head. This high-spec head was paired with 2 inch sandcast H8 SU carburettors, stronger torsion bars, and twin exhaust pipes – the resulting car was dubbed the “SE” and produced 210bhp.

The 1955 Jaguar XK140 SE you see here was rebuilt from the ground up with the sole intention of making it the single best XK140 in the world. The work was done by a pair of friends and longtime Roger Penske racing mechanics – LeRoy Gane and Harry Tidmarsh. They’d worked for Team Penske on a huge array of vintage racing machines, including everything from birdcage Maseratis to TransAm Camaros. 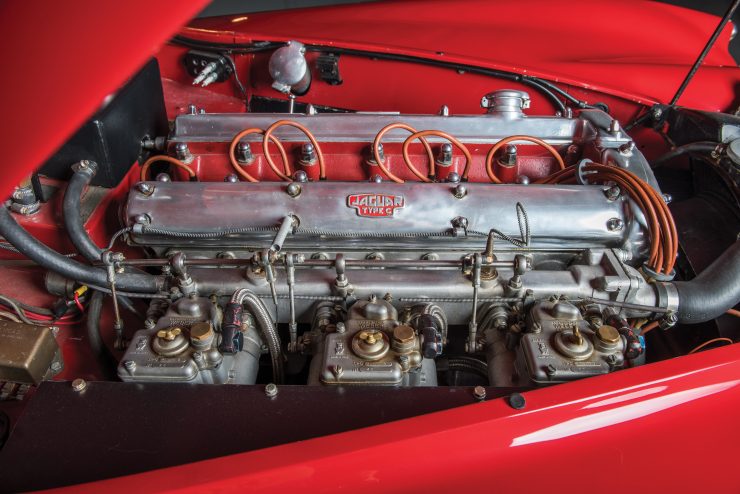 The complete restoration and rebuild took 8 years to complete, and the finished car is considerably quicker than it would ever have been stock. It’s now fitted with an over-bored and stroked 4½ XK engine that’s been solid mounted to the frame and fitted with Iskenderian-ground Piper camshafts, large valves, Arias pistons (10.5:1 compression ratio), a multi-chambered, high-output oil pump, a racing oil cooler, a high-performance exhaust, and a lightweight aluminium and bronze flywheel.

The original gearbox wouldn’t have lasted long if mated to this new engine, so a new competition CR Moss-type gearbox was built by Alan George and LeRoy Gane. It was fitted with a double roller bearing lower shaft, a heavy duty overdrive, and a custom-built shifting tower – it connects to a heavy-duty Jaguar solid rear axle assembly.

Up front, the suspension was improved with Aston Martin-type adjustable Panhard bars, and a new rear suspension assembly was designed bespoke for the car by Gane and Tidmarsh. In order to fit the wider Borrani 15 × 7 inch knock-off wheels the front fenders needed to be gently widened, and a new set of rear fenders had to be fashioned for the car from aluminium using the a traditional English wheel.

Legendary British racing driver Brian Redman drove the XK140 SE “Heuber Roadster” in Florida, saying – “all of this work is to the highest standard. The triple-plate competition clutch is slightly heavier than normal, and the “take-up” is sharper than with a regular clutch. However, neither of these things are in any way a nuisance. In spite of being in “competition” trim, the motor is very tractable, pulling easily from low revs without hesitation. I drove and cornered the XK 140 up to 70 mph on public roads – was very pleasant…”

The car’s unique name comes from the man who commissioned it, longtime Jaguar dealer Christian Heuber, a Pennsylvania man with a lifelong love for Jaguar – when he spoke to Gane and Tidmarsh about what he wanted from the build he asked them to “build the best XK 140 in the world”. I think it’s safe to say they delivered above and beyond their brief.

The Heuber Roadster will be rolling across the auction block with RM Sotheby’s at the Amelia Island Auction on the 10th of March, it’s being offered with no reserve and no estimated value. If you’d like to read more about it or register to bid you can click here to visit the listing. 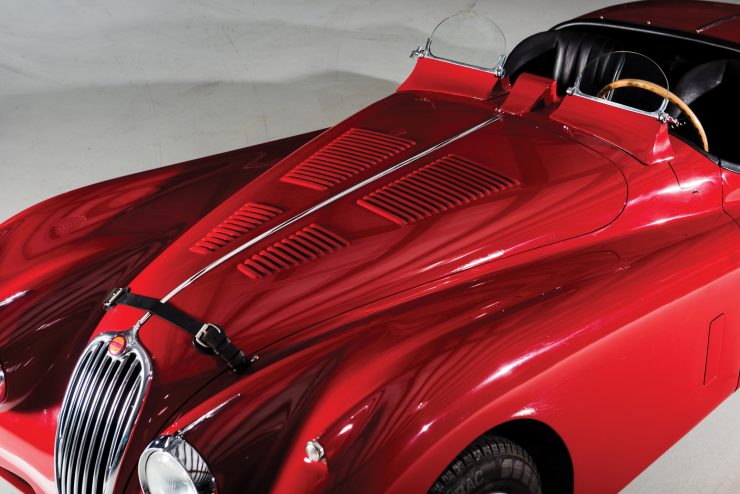 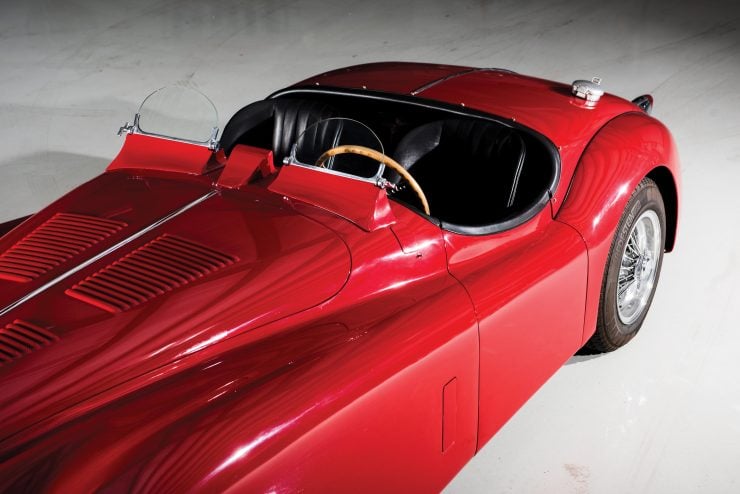 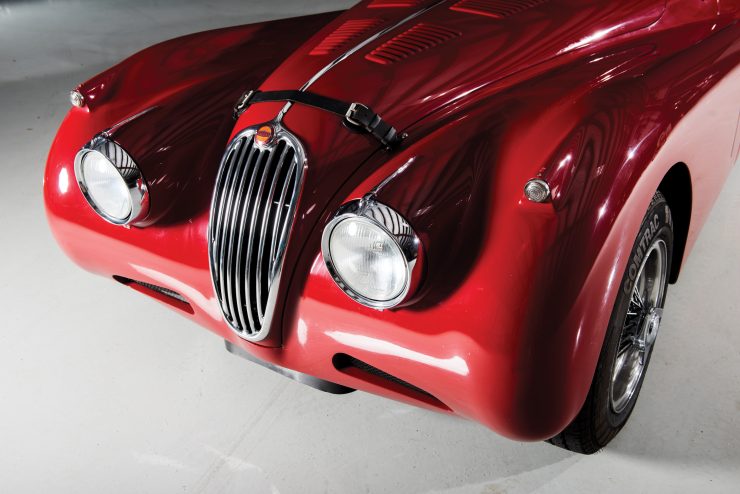 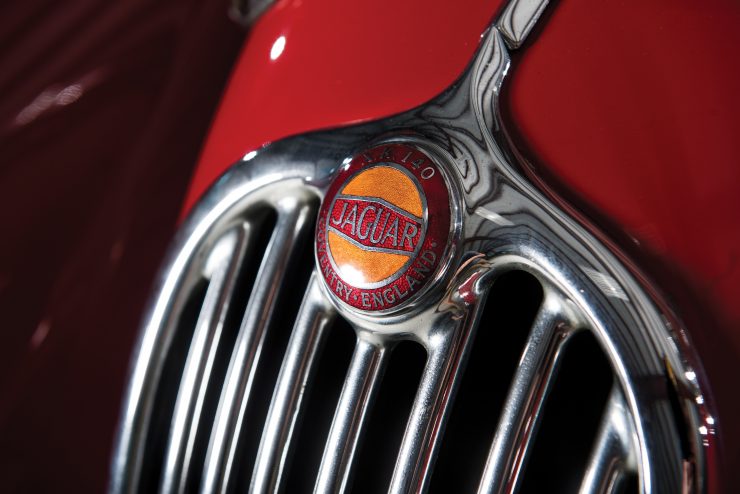 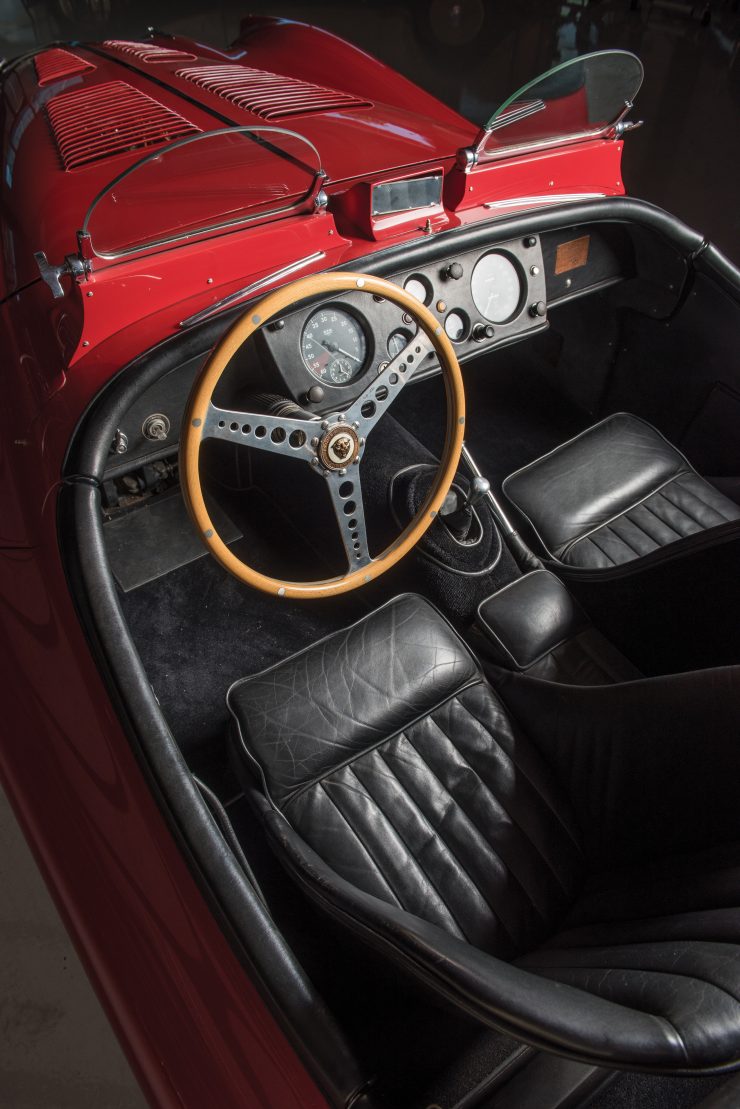 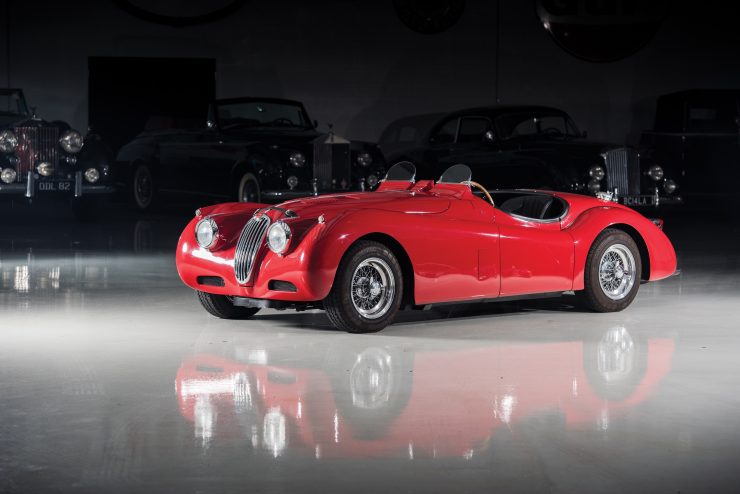 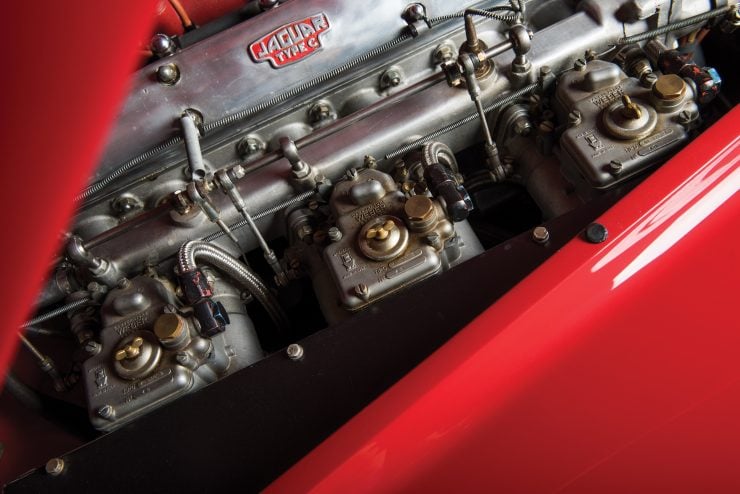 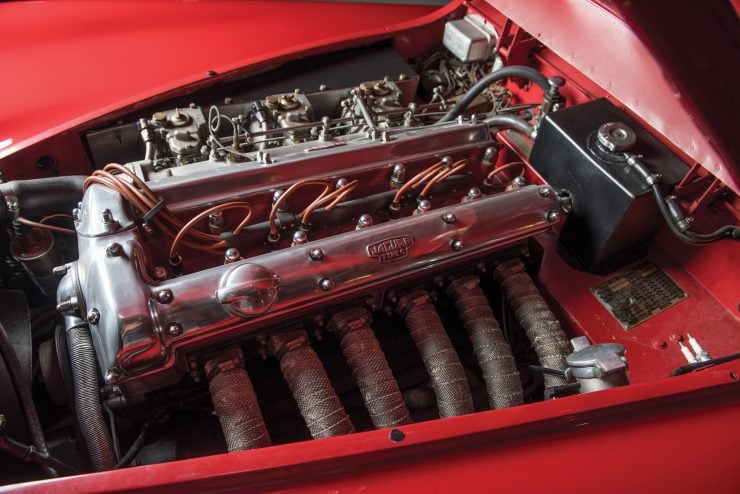 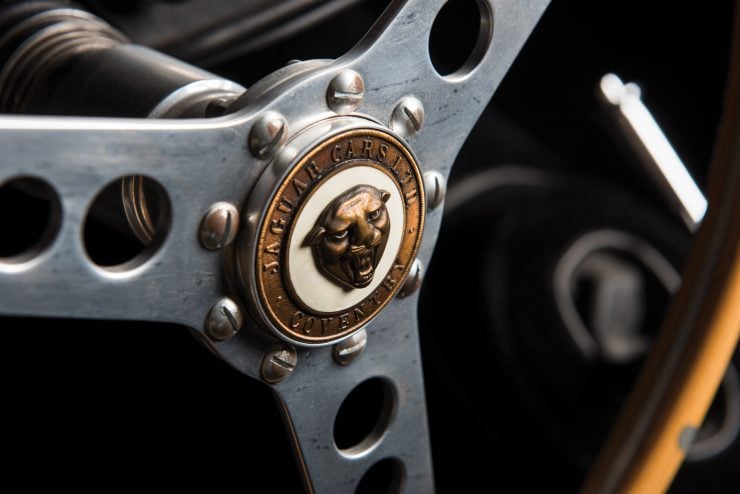 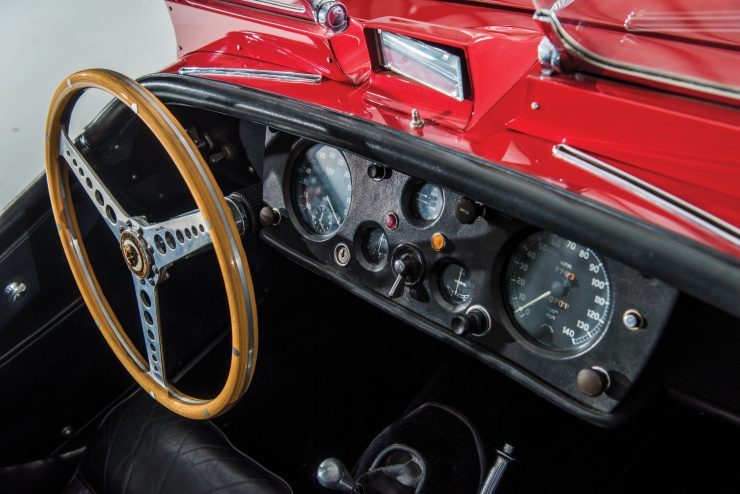 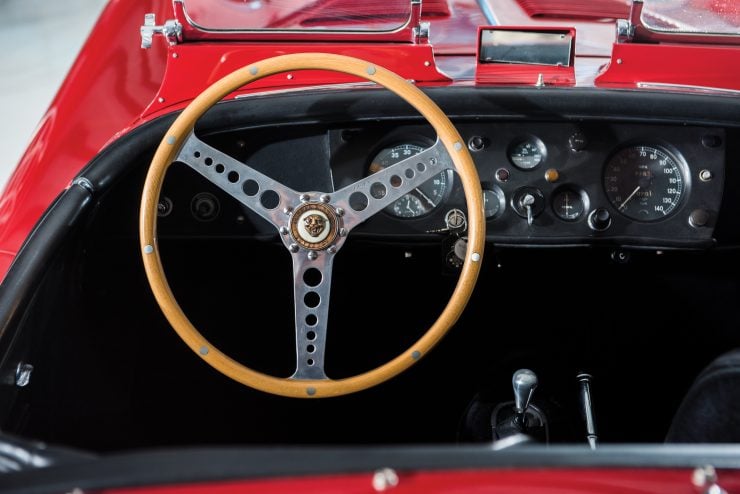 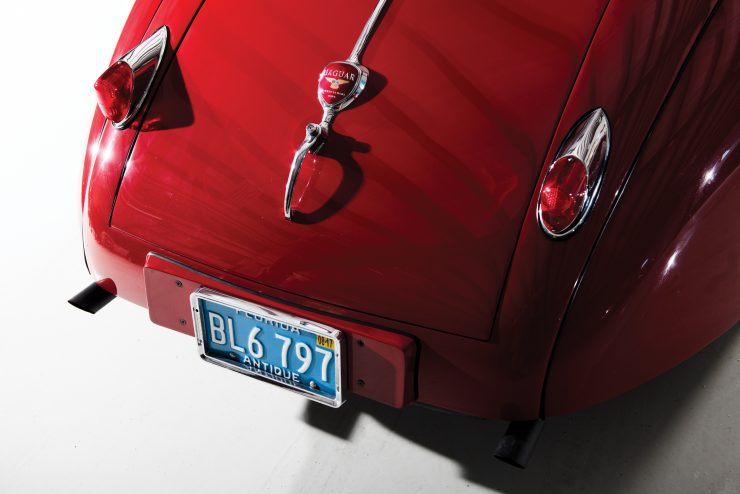 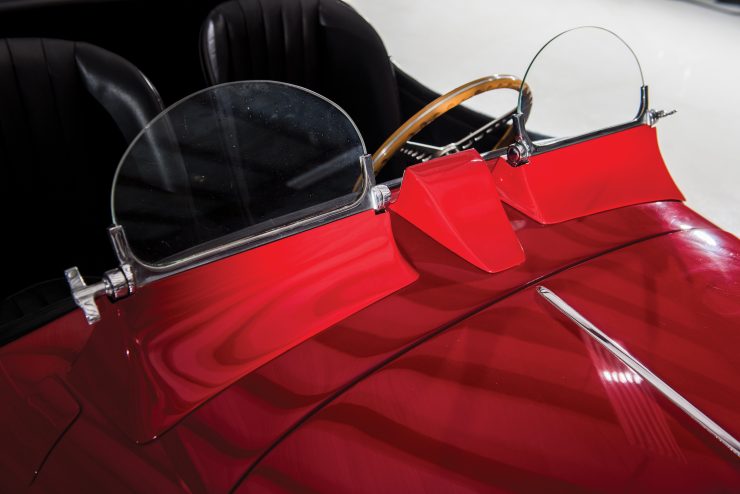 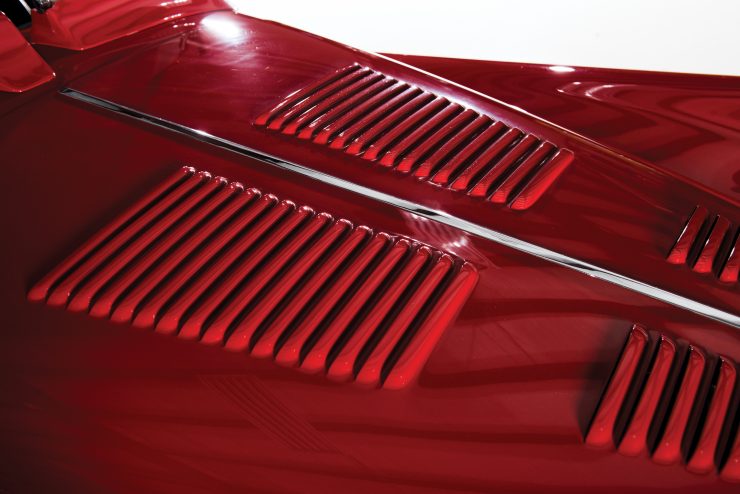 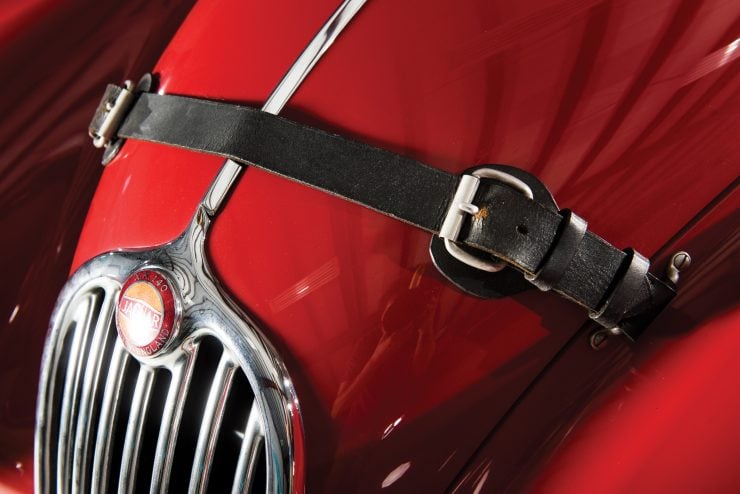 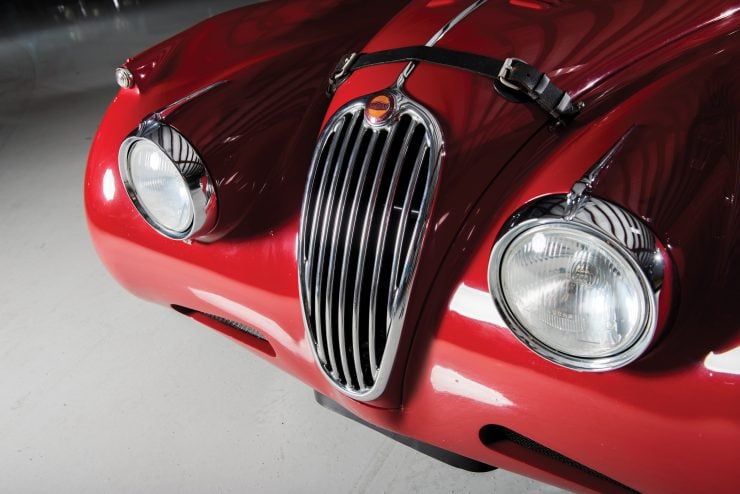 This is undoubtably one of the most unusual vehicles we’ve ever featured on Silodrome, and it’s going to ruffle a lot of feathers. What you’re looking at here is a creation by famed French artist…