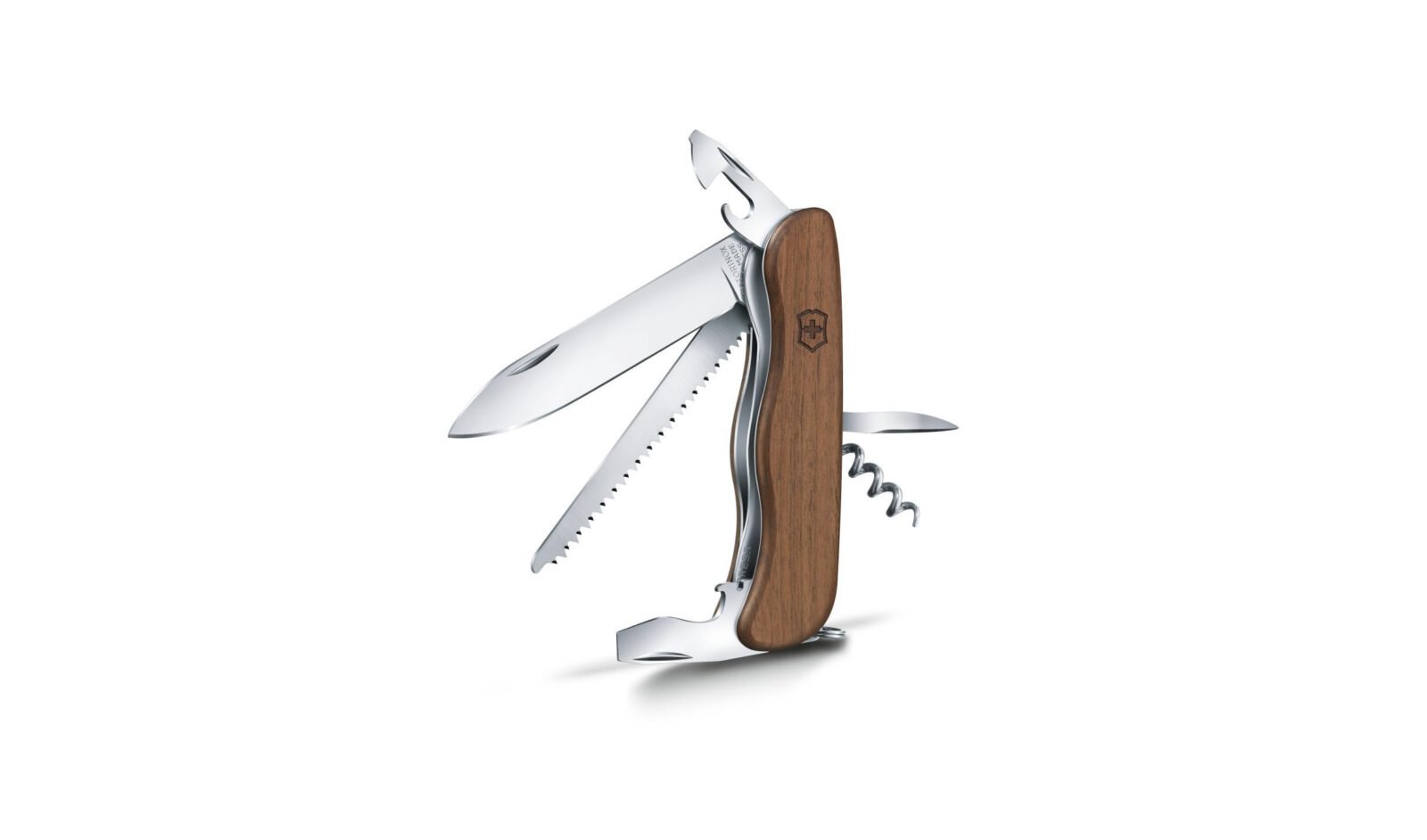 The Forester Wood Swiss Army Knife by Victorinox was designed as an outdoorsman’s knife that contains just about everything you need to set up a rudimentary camp site, open a tin of beans and a bottle of wine, and maybe even fashion yourself a spear in case one of those pesky Yetis comes for a nocturnal visit.

Combining this knife with a fire steel and a space blanket would potentially form a good basis for a minimalist, lightweight survival kit for motorcycle road trips – when weight and room are at a premium.