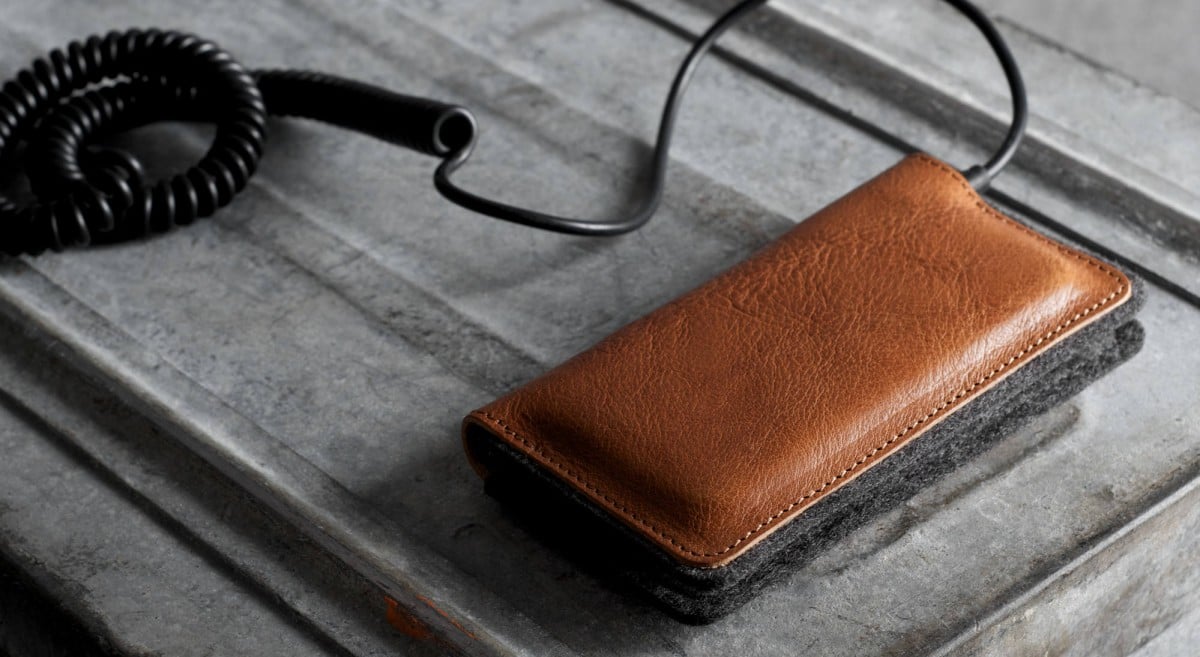 Hard Graft is a small company that specialises in hand-making bags and cases for the modern technological gear we find ourselves carrying around on a daily basis. They almost exclusively use leather and felt which results in soft, durable gear that looks multiple orders of magnitude better than the usual nylon, velcro and Pleather® cases used by the average punter.

The iPhone wallet you see here was actually Hard Graft’s first product and it remains one of their best sellers, it’s made from barrel-tanned leather and natural felt, and it has pockets for your credit cards, cash, iPhone and business cards. 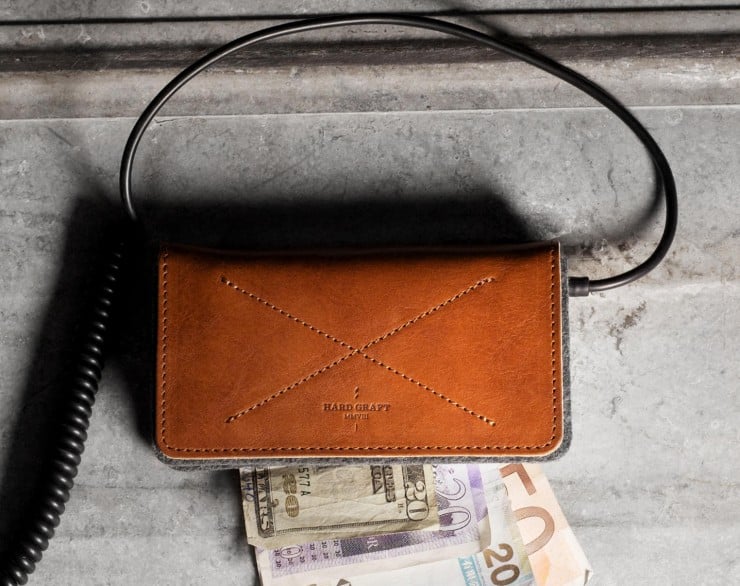 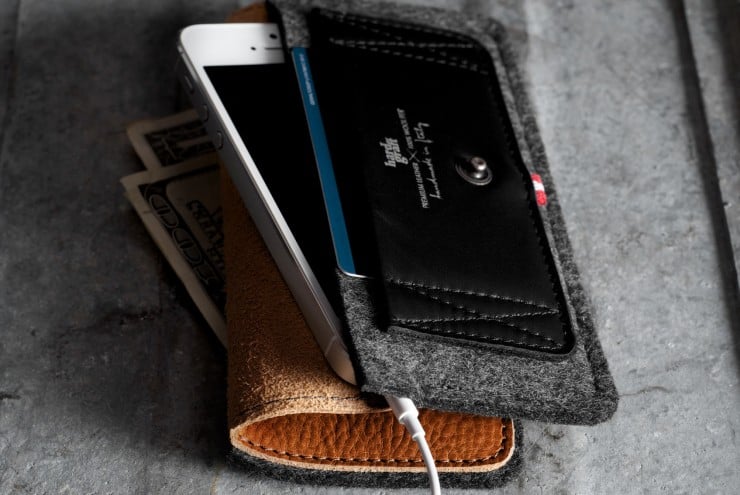 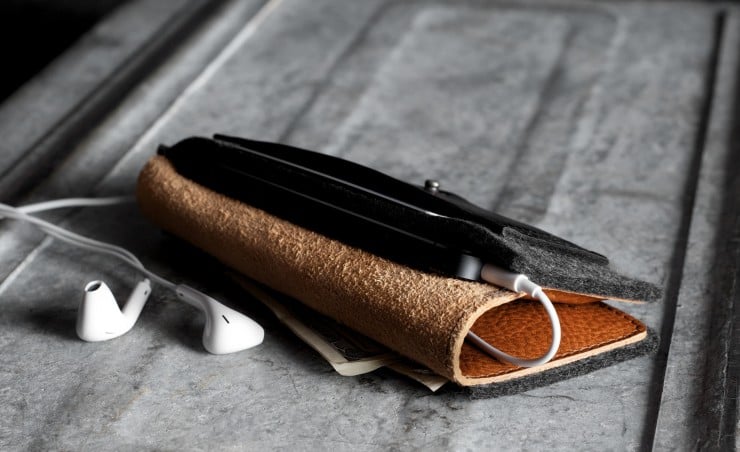 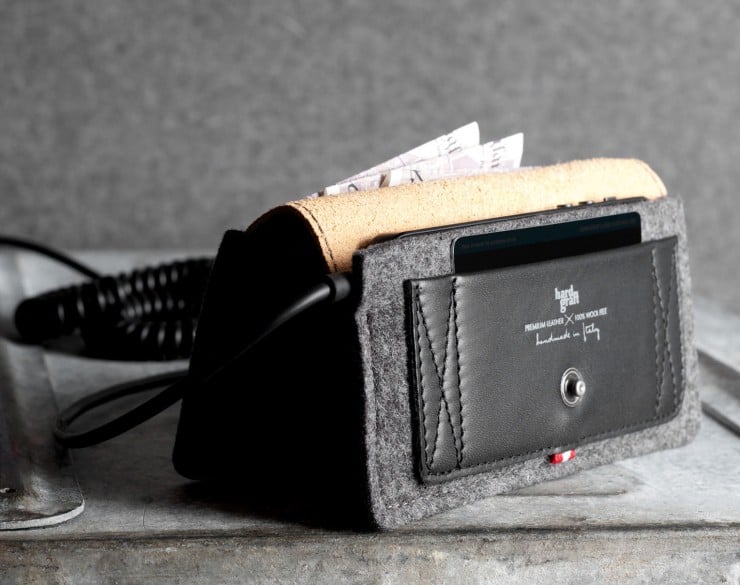 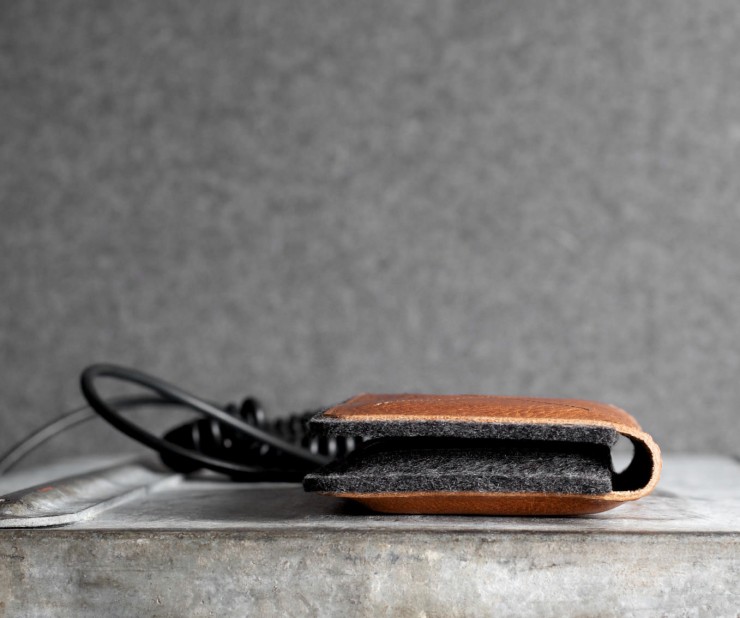 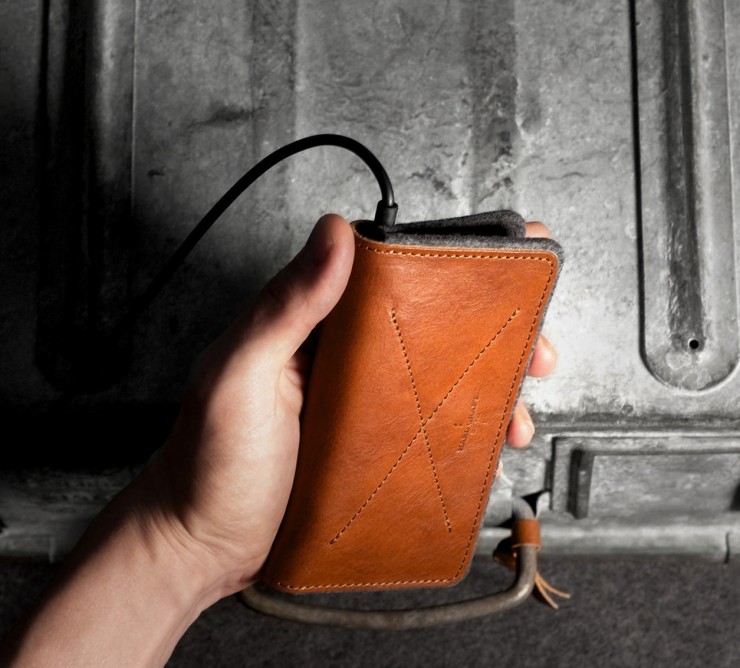