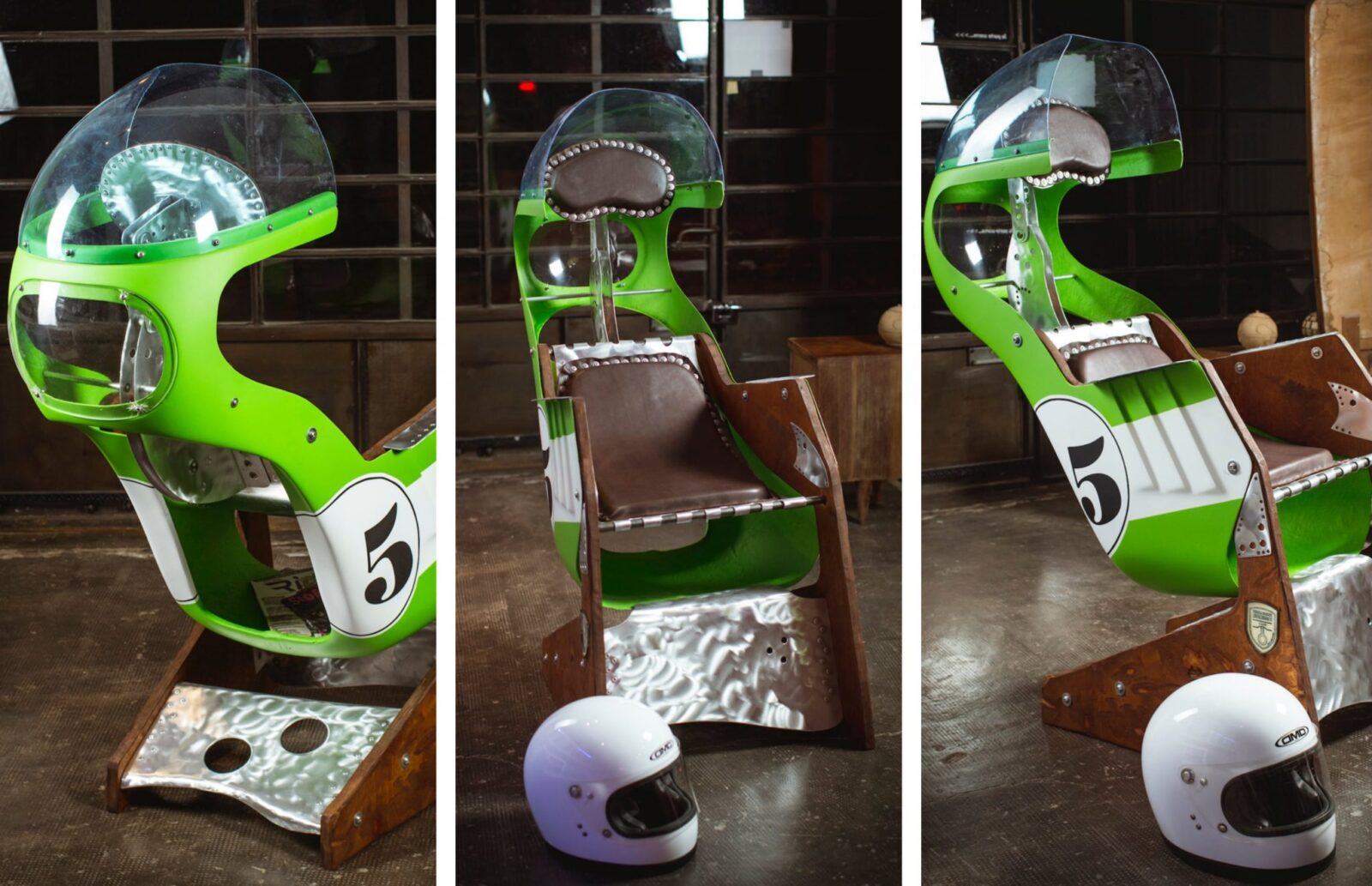 The Kawasakis produced by French racing team Godier-Genoud throughout the ’70s have become legendary, the bright green painted machines dominated European circuits and led to a major step forward in engineering prowess by Kawasaki.

These machines left a deep and lasting impact on a young Lorenzo Buratti who was growing up in Italy watching the races on television and in person when geography allowed. As Lorenzo grew up his love of motorcycles and the work of Godier-Genoud remained untempered, he would go on to become a leading custom motorcycle builder in Italy and a designer of moto-inspired furniture – like the Godier-Genoud chair you see here.

Made by hand over a period of two weeks the chair makes use of a period-correct Kawasaki fairing painted in the iconic green and white of the original Godier-Genoud racers. If you like to see more or order yours, you can click the link to visit Lorenzo Buratti’s website. 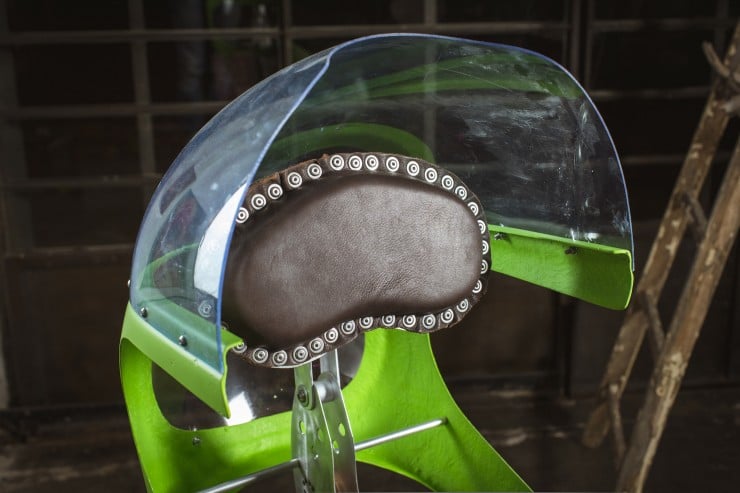 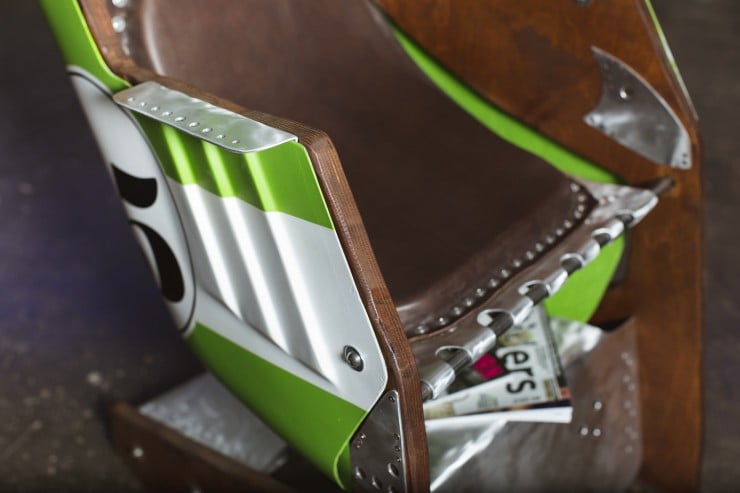 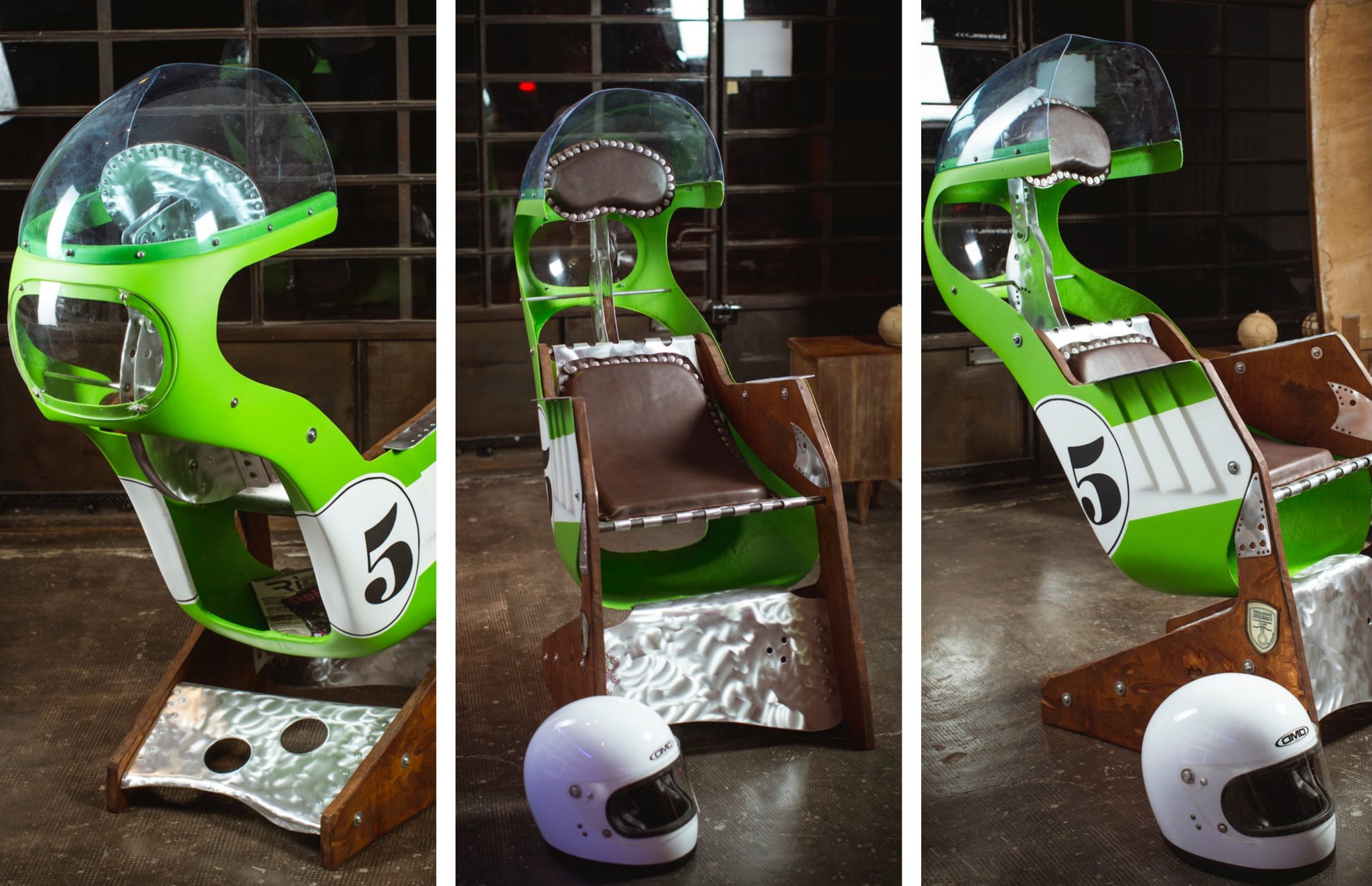