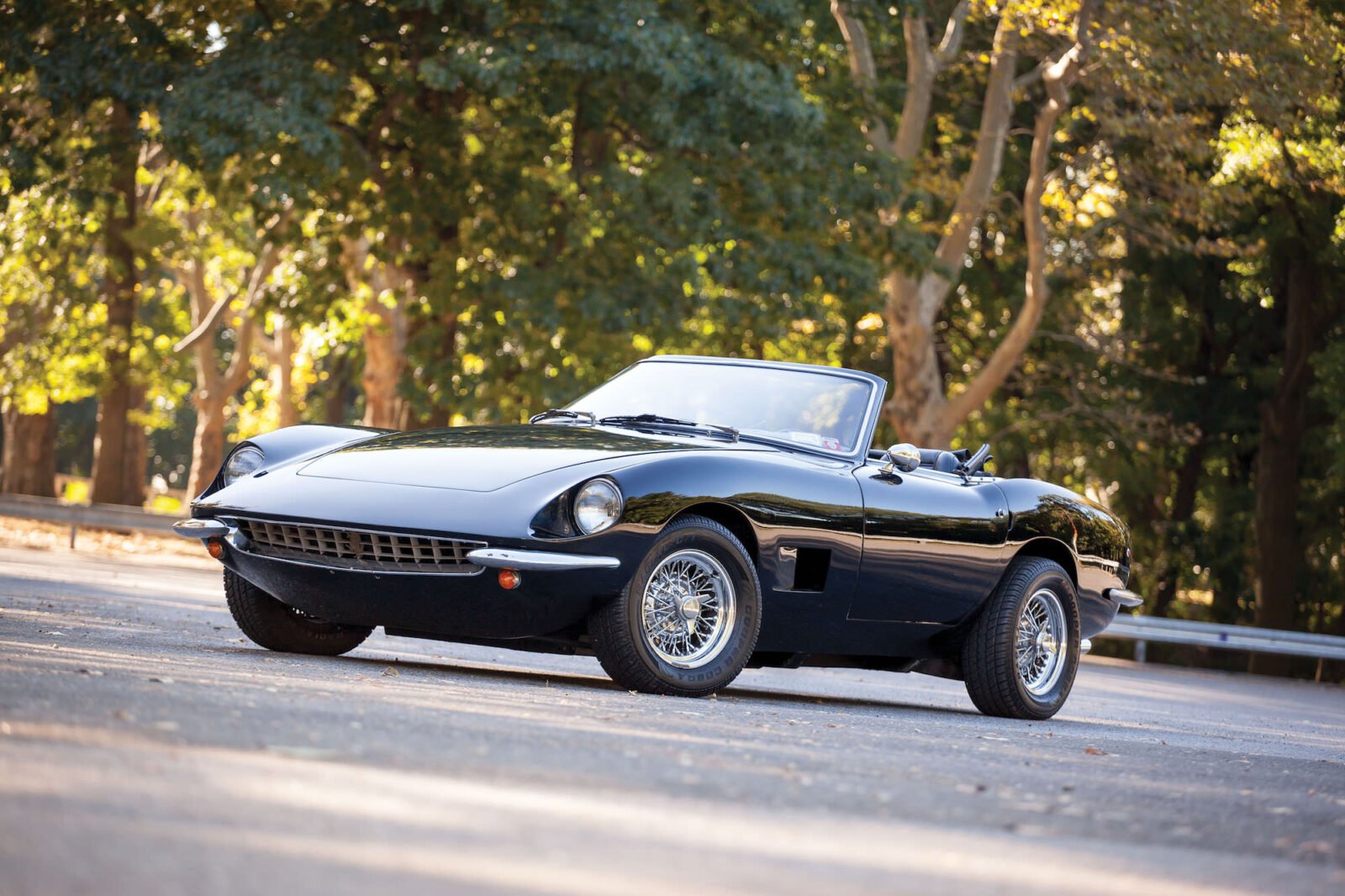 The Intermeccanica Italia Spyder is an American/Italian sportscar that was produced in very limited numbers, it’s thought that less than 500 were built in total and it’s unknown how many have survived to the modern day.

First introduced in 1966, the Intermeccanica Italia Spyder went through a few minor iterations with different model names. The first was the Griffith, a coupe designed by Bob Cumberford with a chassis developed by former BRM chassis designer John Crosthwaite.

The Griffith was powered by a Plymouth 4.5 litre V8 with all-American running gear and a body formed by hand in Turin, Italy. Financial constraints meant that only 14 or so cars were built, numbers are not exact because the bookkeeping was seen as far less important than the task of building beautiful cars – a sign of a car company that has its priorities in the right place. Even though it likely means it won’t survive long.

Shortly after the Griffith hit the wall a new source of funds arrived in the shape of Steve Wilder, who took over the project and built a further 33 cars which he named the Omega. Wilder’s ability to fund the project past 30 cars was limited, so the team at Intermeccanica sought bank funding and began building complete cars in Italy, rather than building the body and chassis in Turin and then having the drivetrain fitted in the USA.

This new funding from Credito Italiano allowed Intermeccanica to build 100+ cars per year using a Ford engine and running gear, they were initially called the Torino but Ford had this name trademarked, so the name was changed to Italia – the model’s fourth name change. The Italia was offered as a coupe and as a convertible Spyder, the Spyder was by far the most popular and they’re typically the most common version to come up for sale.

The Intermeccanica Italia Spyder you see here is an original, unrestored survivor. It carries its original Ford Shelby Cobra Windsor V8 with a 351 cubic inch capacity (5.75 litres), with the correct 4-speed manual transmission and all-original interior. Perhaps one of the unseen benefits of Intermeccanica ownership is the relatively low cost of maintenance, the running gear is all American, so the eye-watering bills usually associated with exotic Italian motor cars are nowhere to be seen.

If you’d like to read more about this car or register to bid you can click here to visit Auctions America. It’s estimated to be worth between $100,000 and $125,000 USD and will be sold on the 31st of October 2015 at the Hilton Head Island Auction. 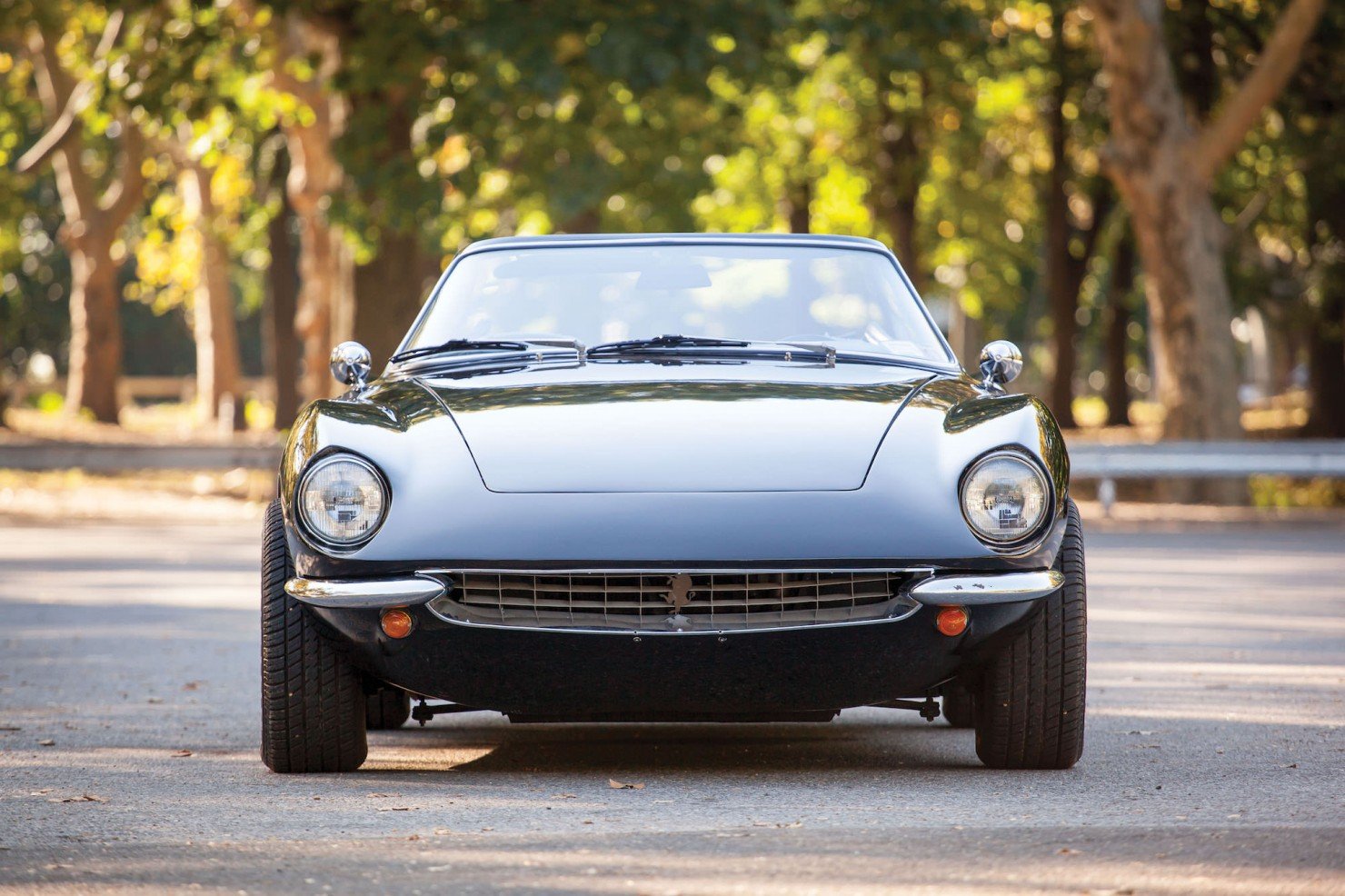 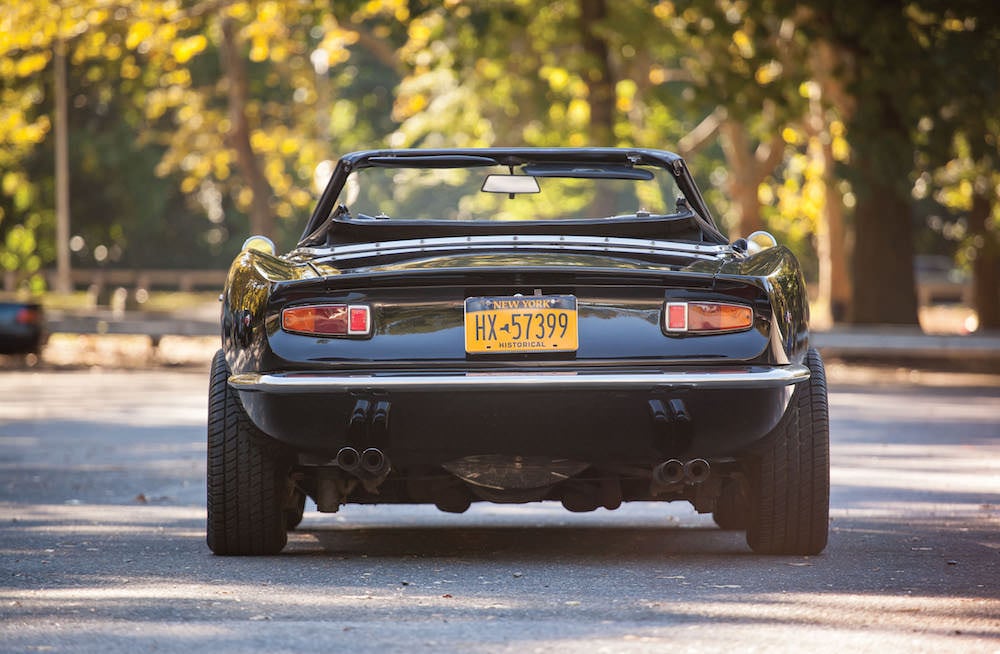 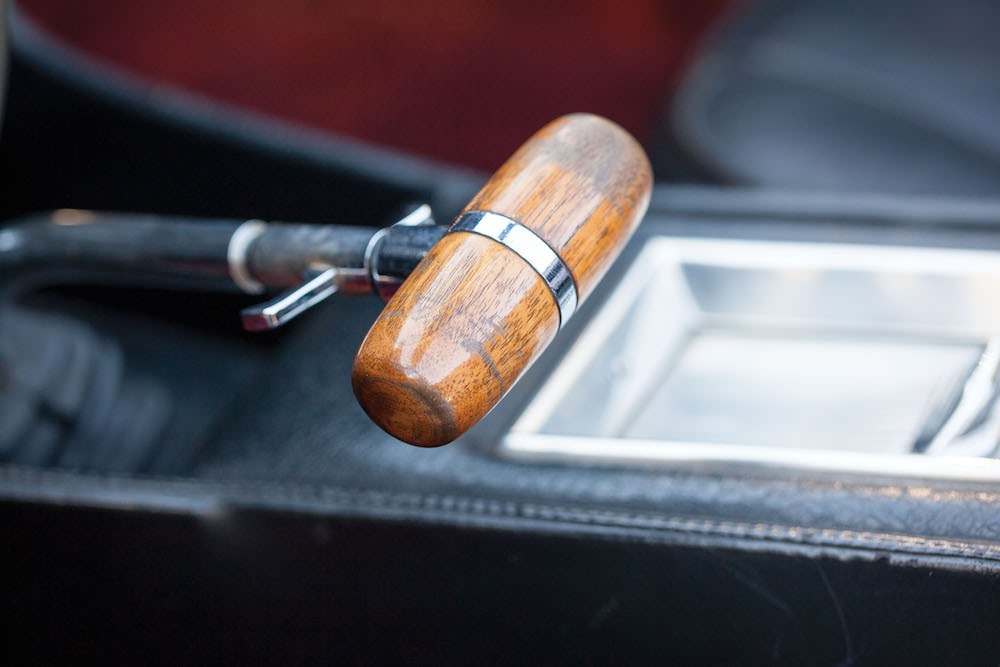 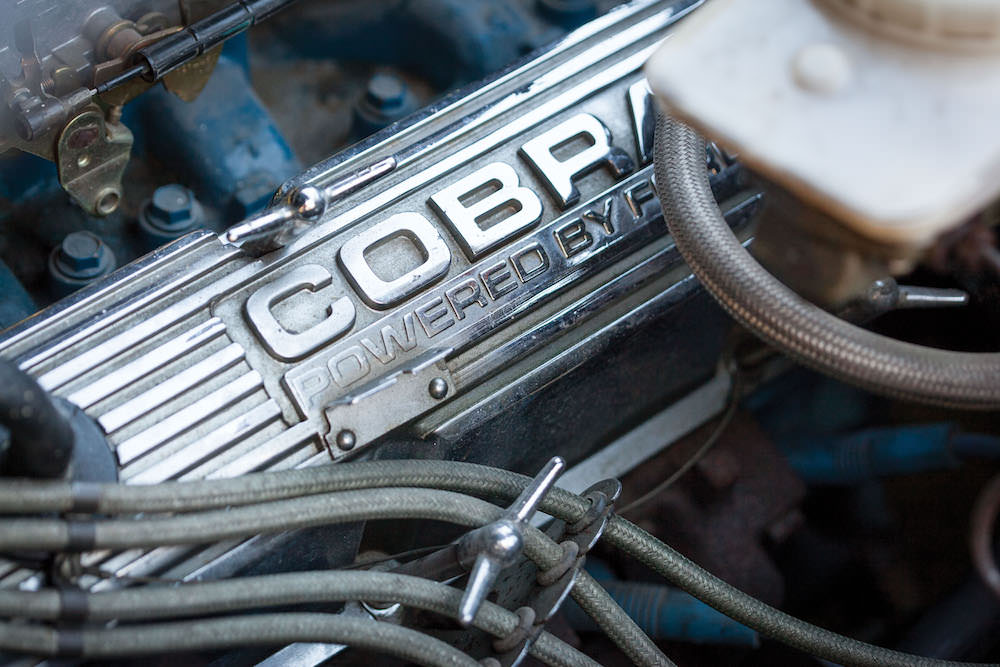 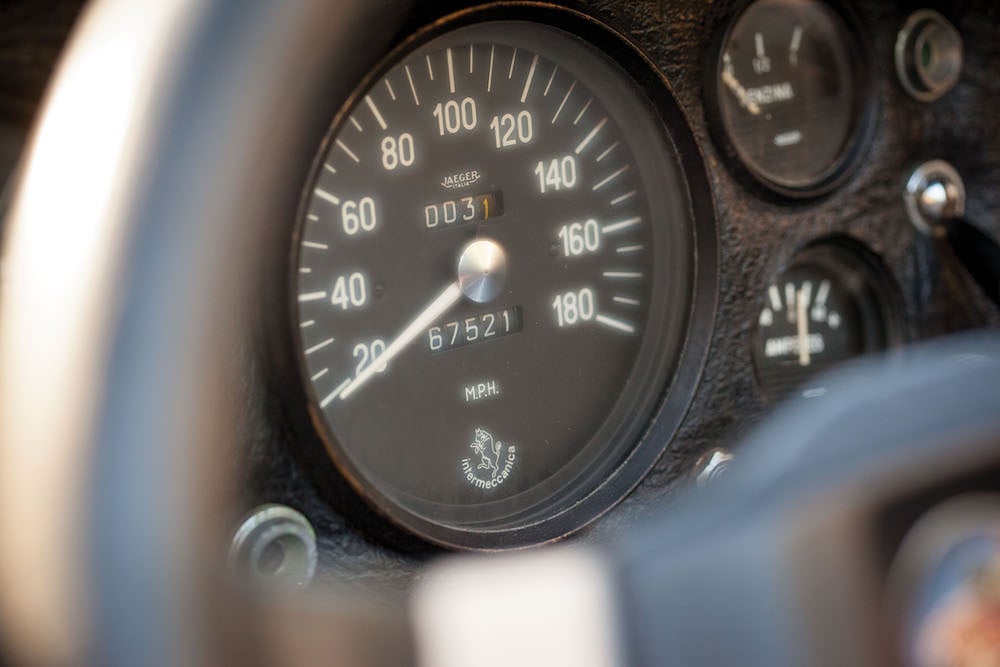 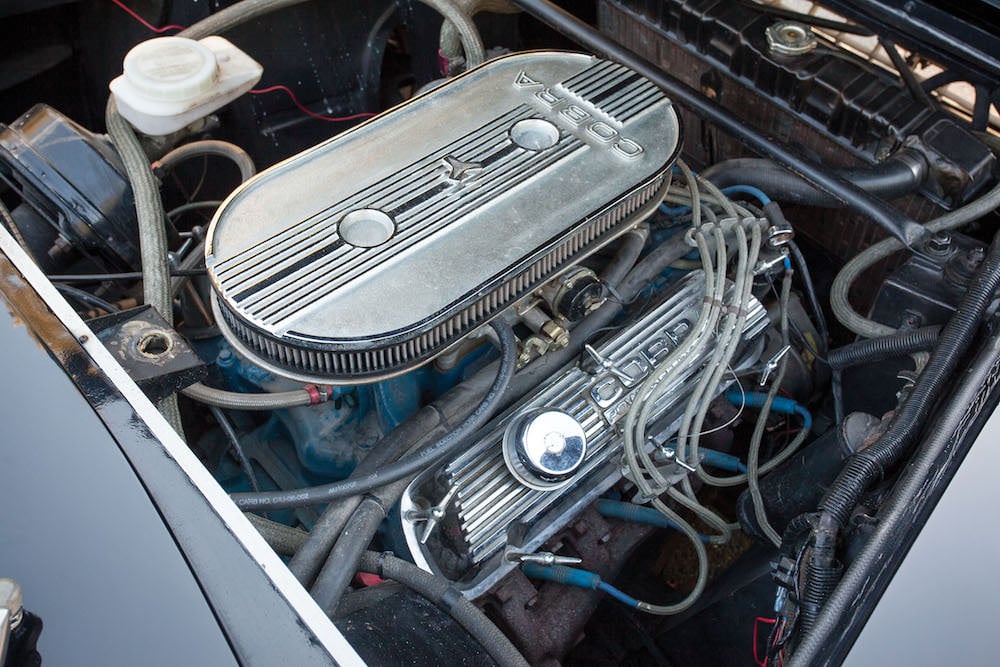 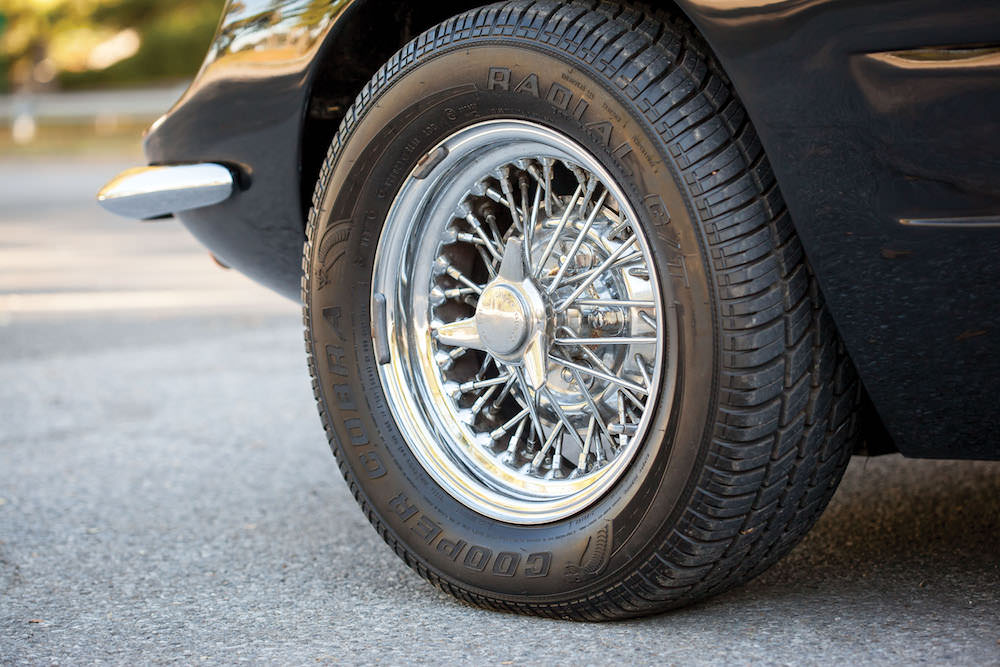 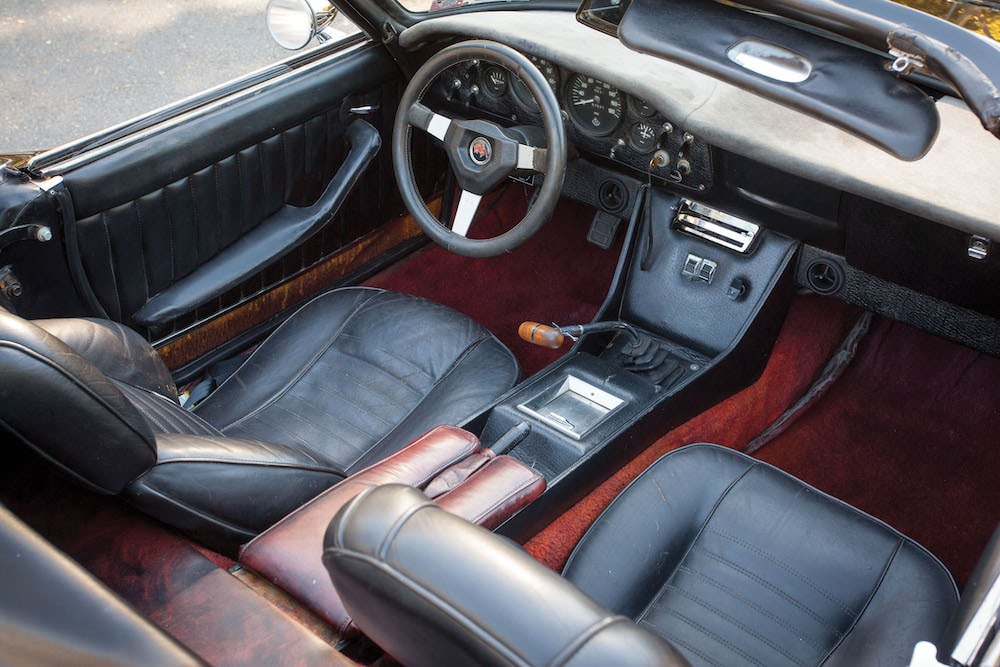 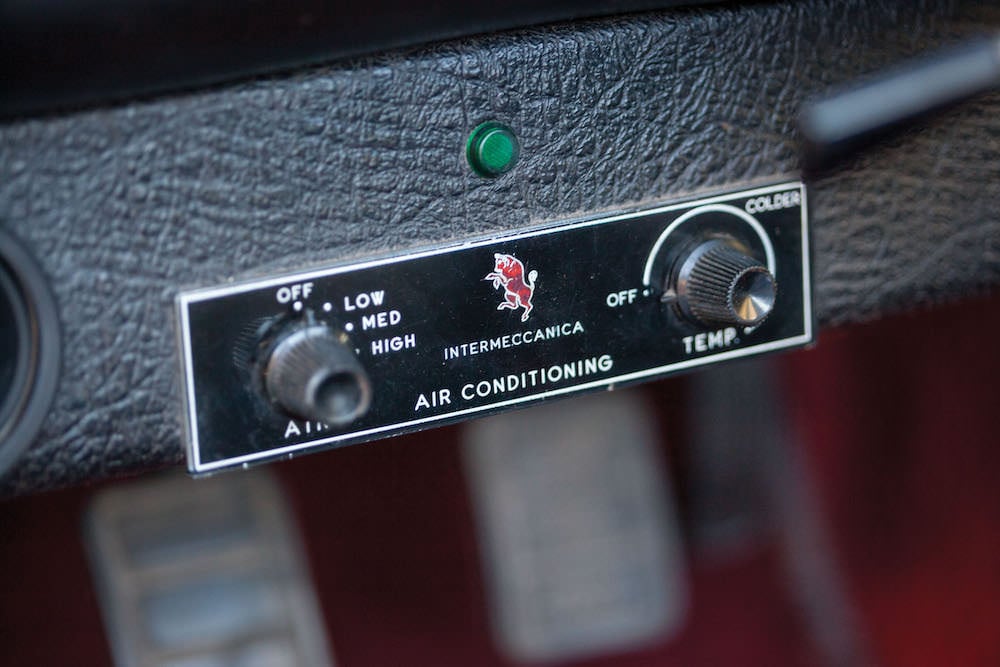 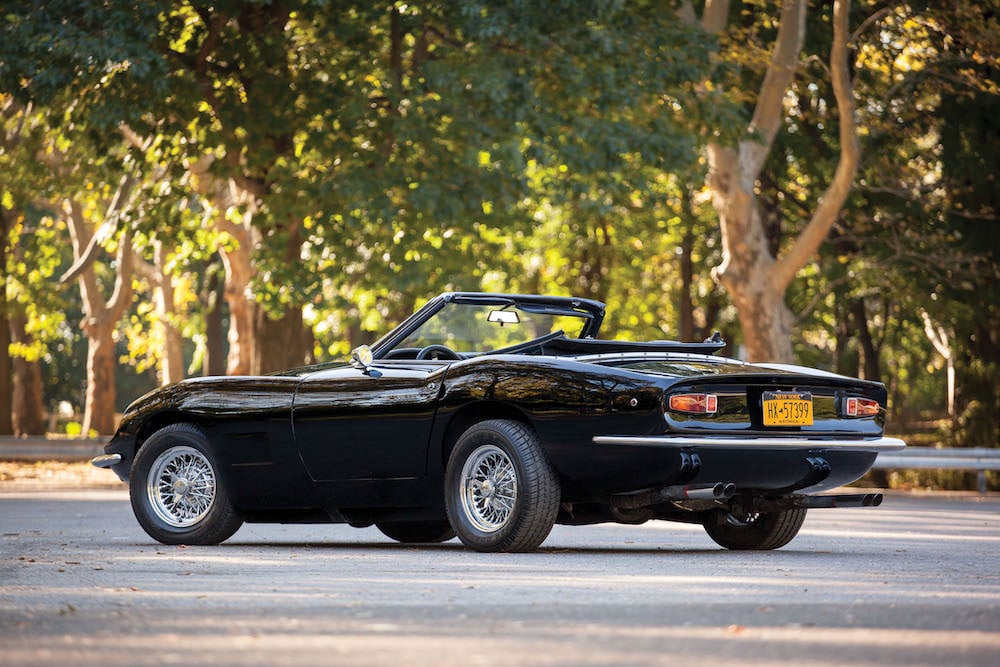 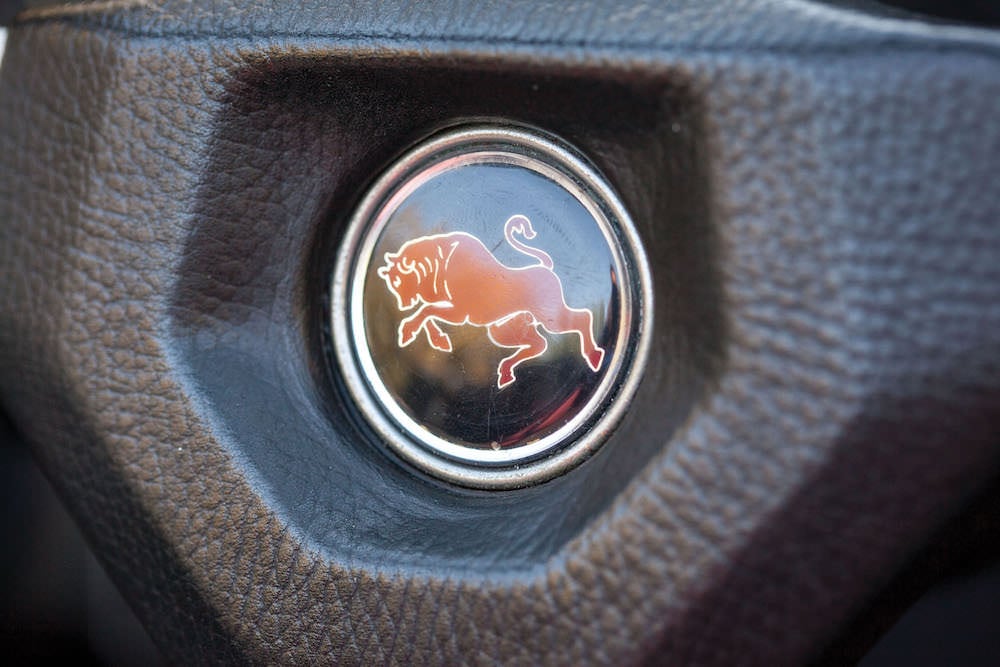 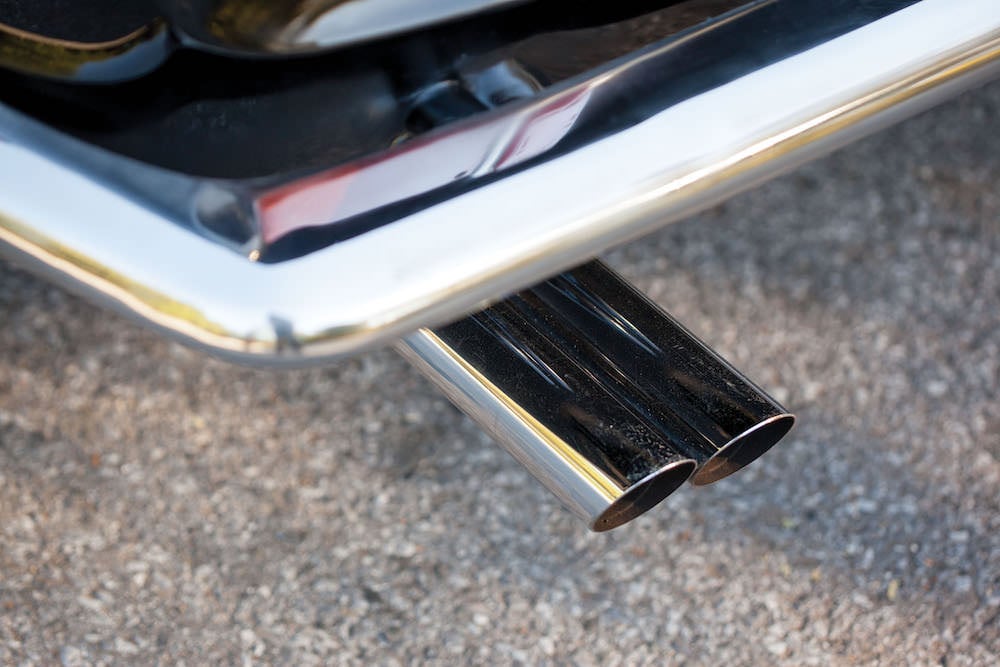 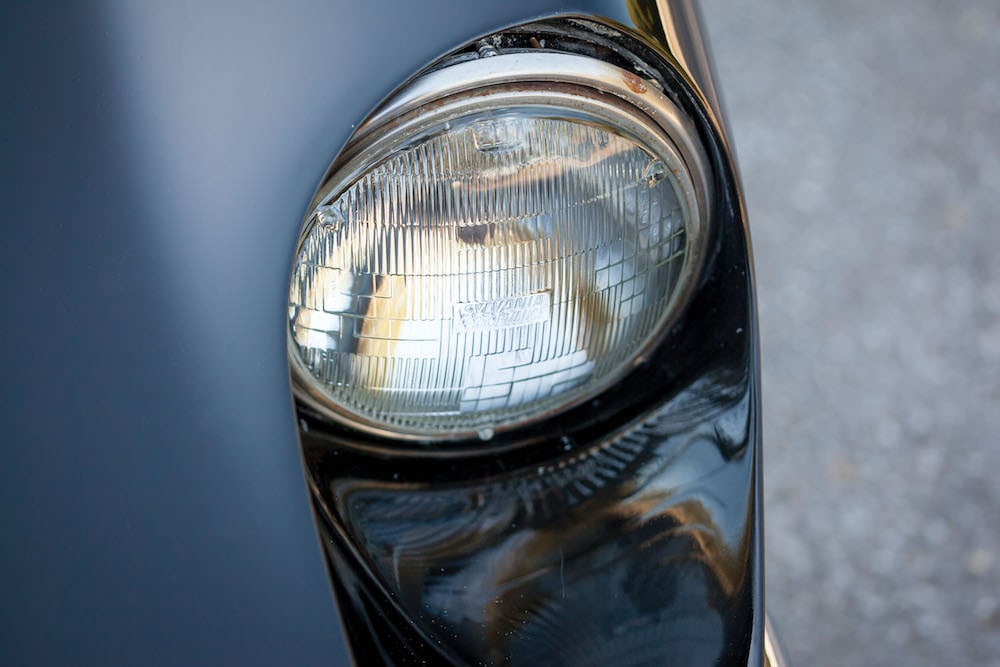 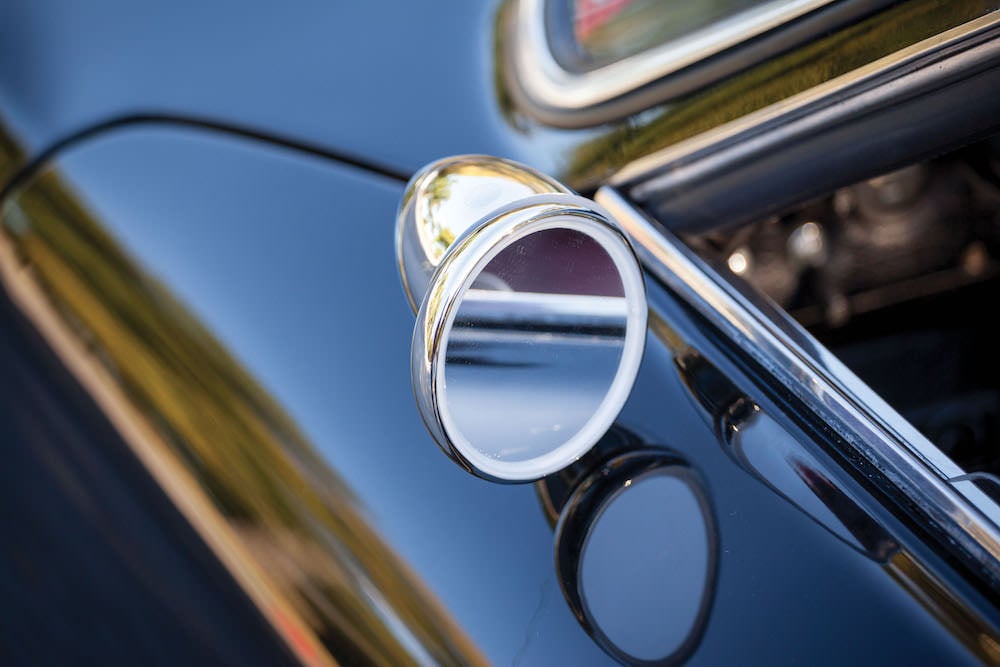 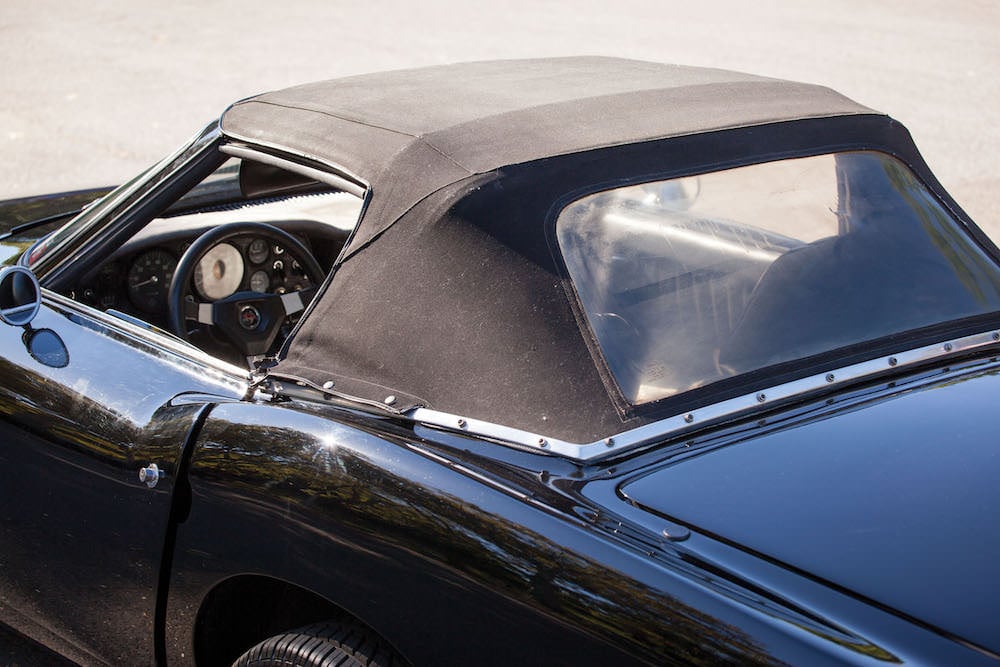 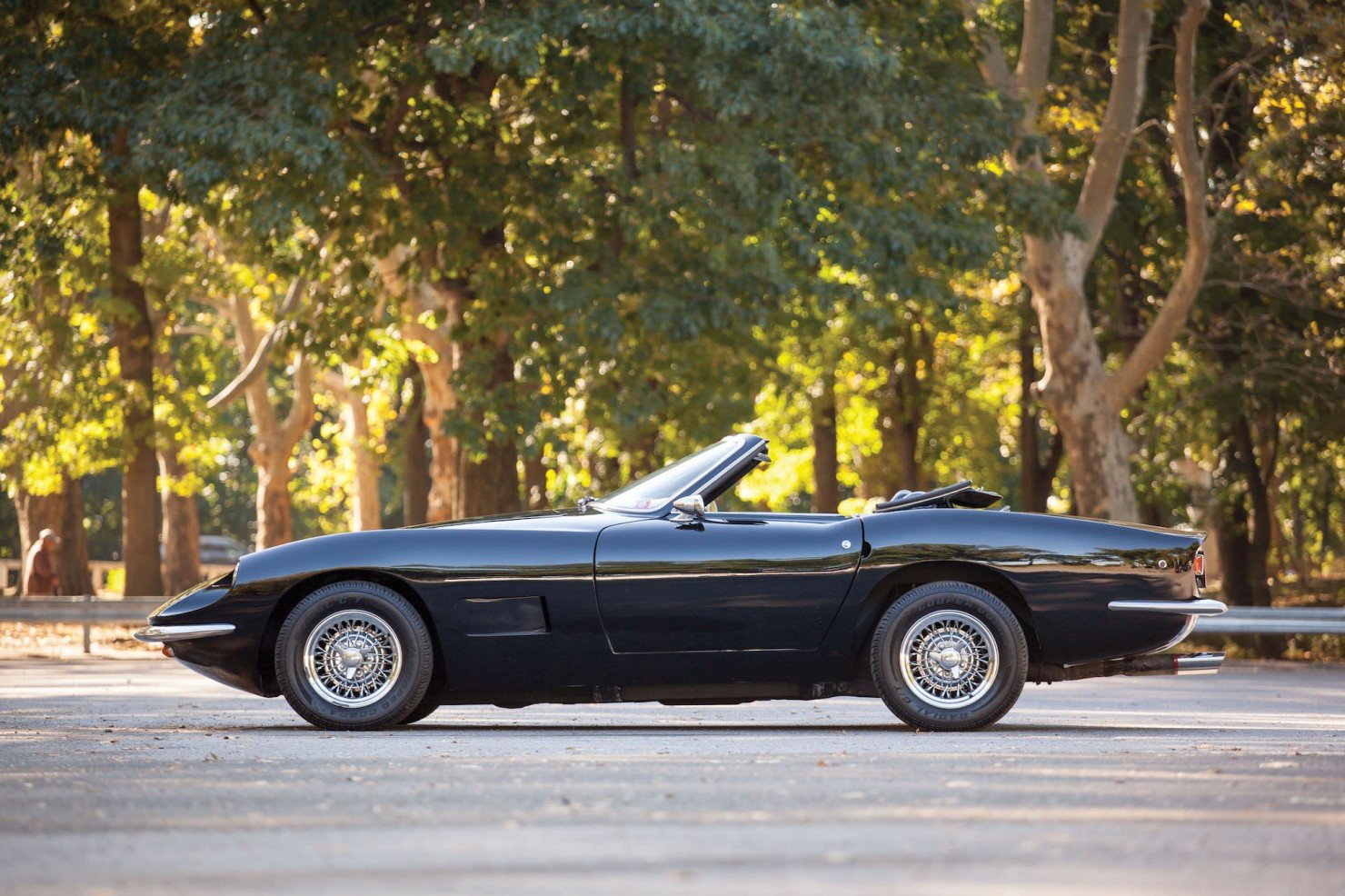 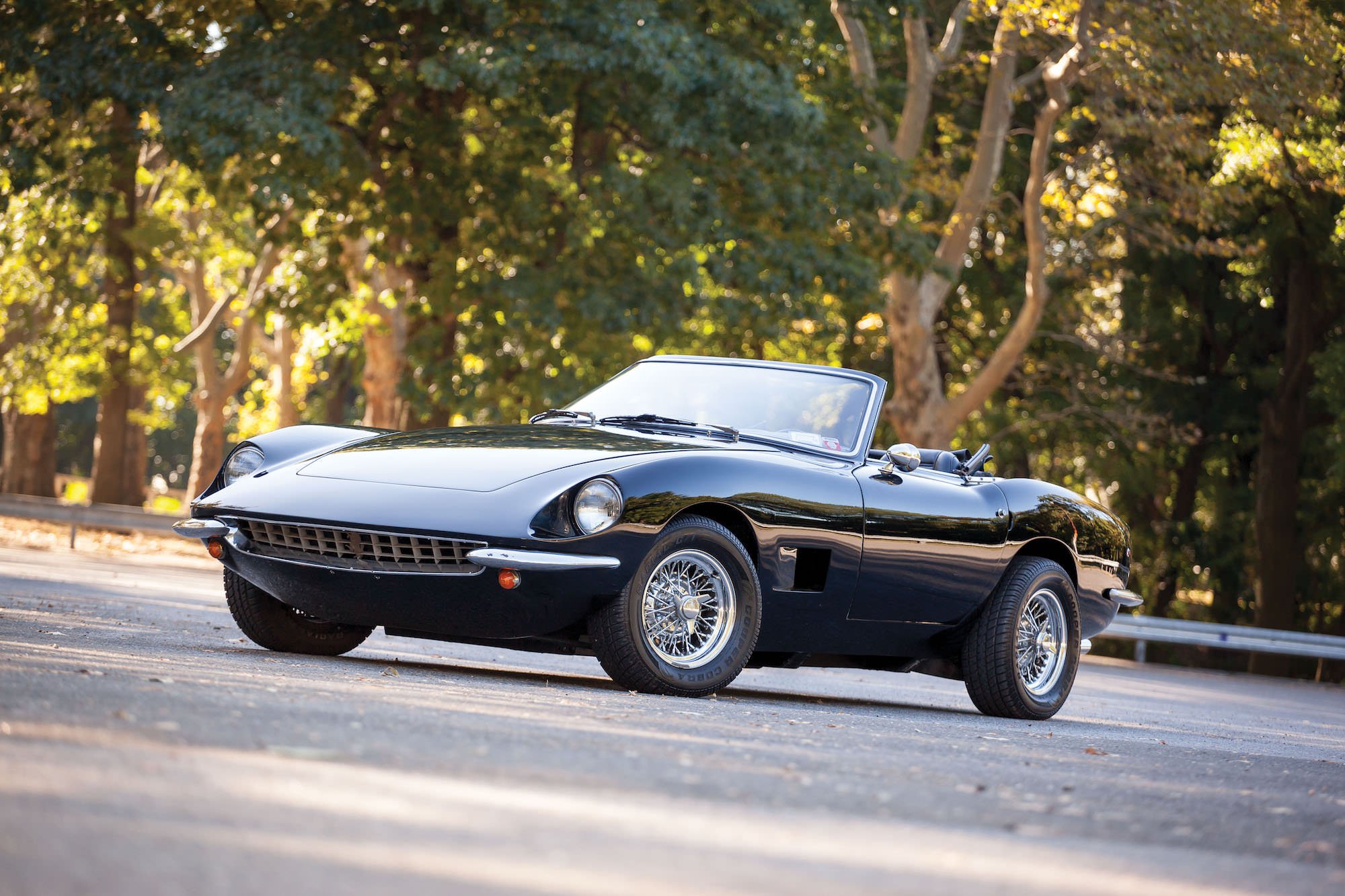