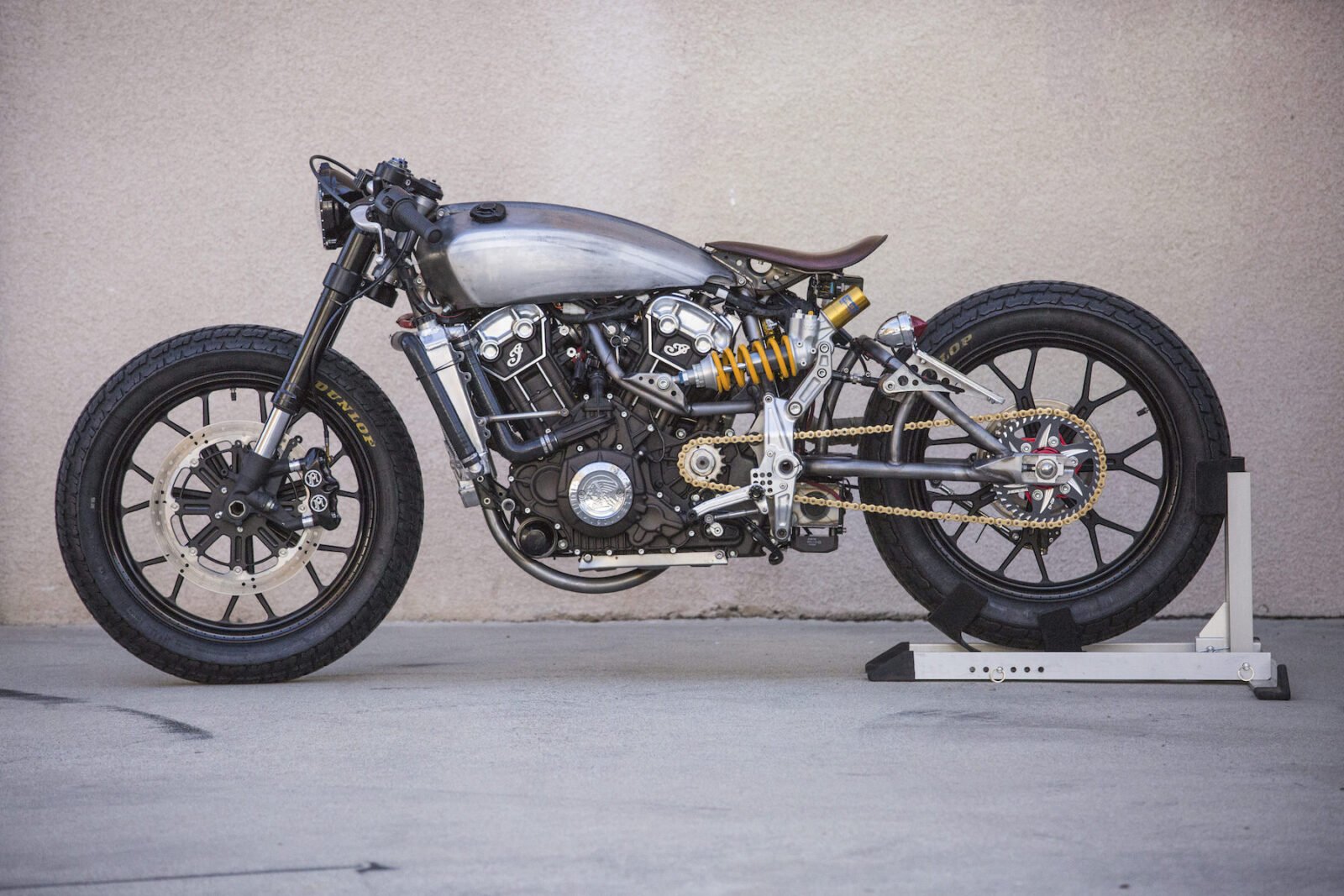 Indian introduced the Scout in 1920, the model quickly became a fixture at race tracks, board tracks, hill climbs and the “Wall of Death” sideshow attraction at county fairs. Those who couldn’t afford an automobile could often afford a base model Indian Scout, and so they became daily transportation for teachers, factory workers, farmers and clerks.

The styling of the Scout changed drastically over its original 26 year lifespan but a few characteristics have remained constant – it was always the less expensive and less powerful model produced by Indian, and it always seemed to find itself taking part in both sanctioned and unsanctioned motor races.

Over the years since Indian disappeared a few have tried to bring the marque back with varying degrees of success. In 2011 Polaris Industries purchased the brand name and set about bringing the company back properly, with a solid base of funding and engineering. By 2013 the all-new Indian Motorcycle Co. was ready to show the new Chief, and in 2014 at Sturgis they introduced the new Scout – a lighter, cheaper model with its own purpose-built engine.

It was this new Indian Scout that caught the eye of Roland Sands, a former AMA motorcycle racing champion, designer and custom motorcycle builder. His team at Roland Sands Design began the process of disassembling the factory-new 2015 Scout to see what they had to work with.

The frame used on the Scout is a series of aluminum alloy castings that have been bolted together and to the V-twin, the engine has a capacity of 1133cc with double overhead camshafts and produces 86 horsepower at the rear wheel.

Roland decided to take the new Scout back to its roots in the early 1920s, when Indians dominated timber race tracks from coast to coast. An entirely new frame was fabricated from chromoly using a distinctive single downtube that loops under the engine, the stock twin shock absorber arrangement was discarded and a new chromoly swing arm was built and paired with an adjustable monoshock.

The seat and fuel tank were both built bespoke for this bike, and it was decided to keep it as raw as possible as a hat tip to the original board track racers. The completed bike looks like an entirely new animal when compared with its factory stock siblings and I can only hope that the designers at Indian are working on something similarly influenced for production line. Of course, a production motorcycle would need things like fenders and blinkers, but when you consider the massive popularity of the cafe racer, scrambler, flat tracker and bobber genres it can only be a matter of time before the styling of the board trackers makes a comeback. 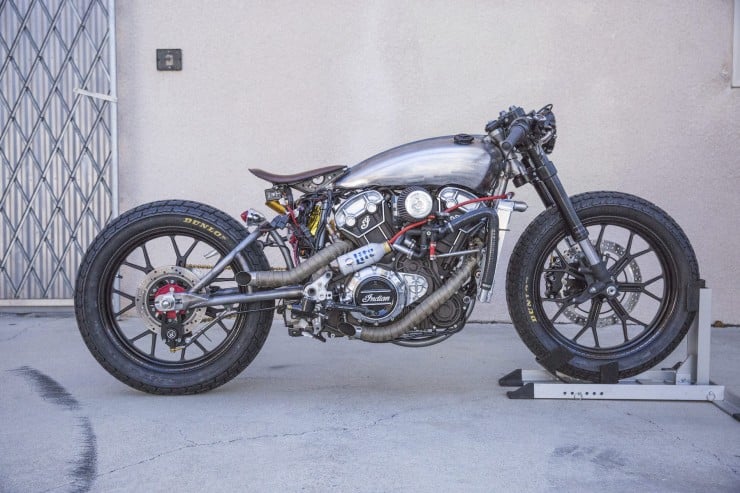 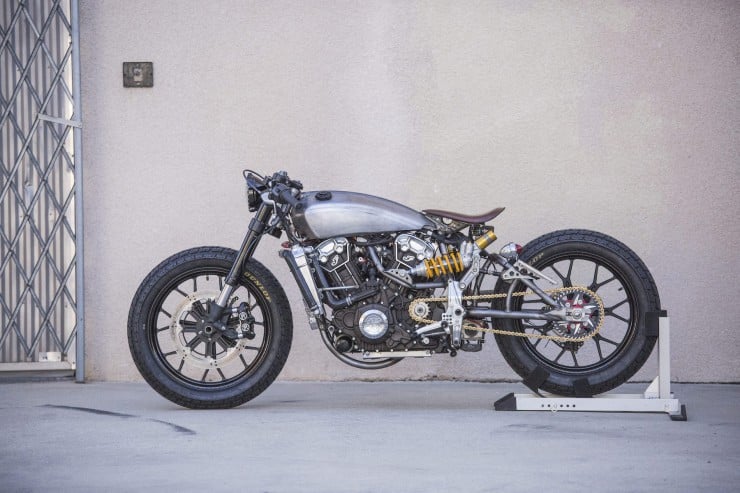 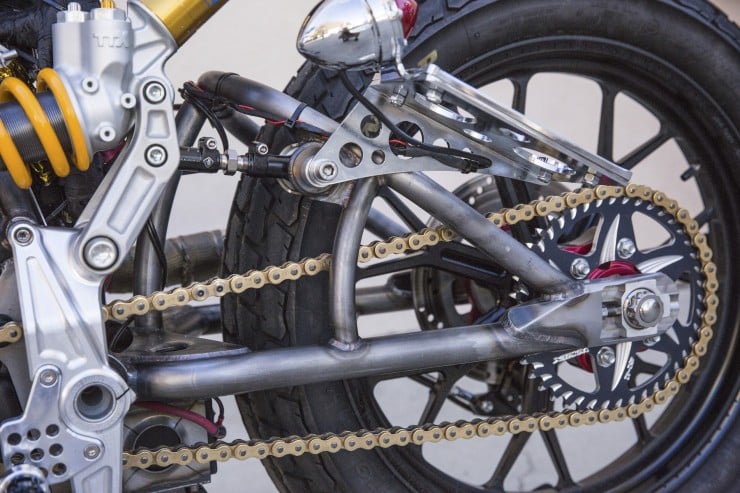 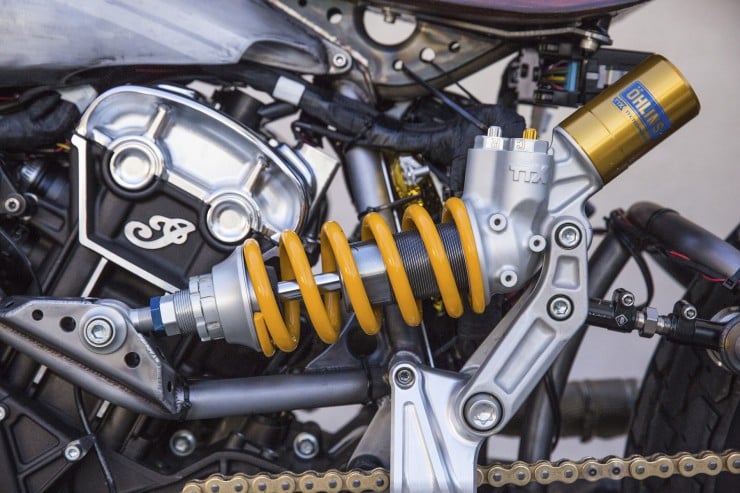 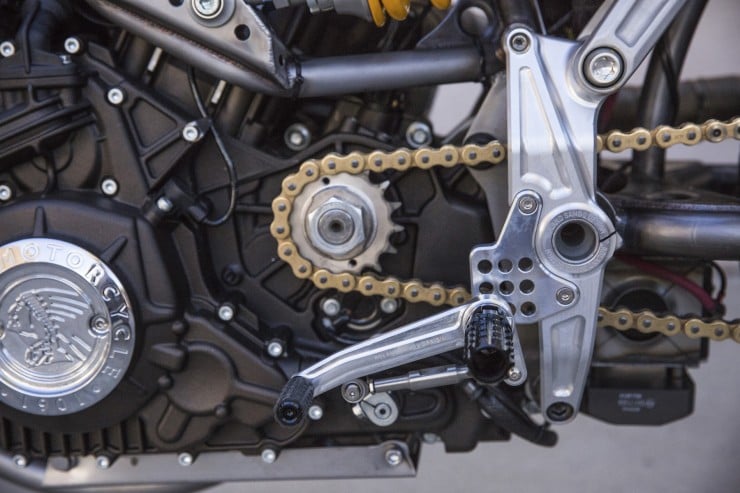 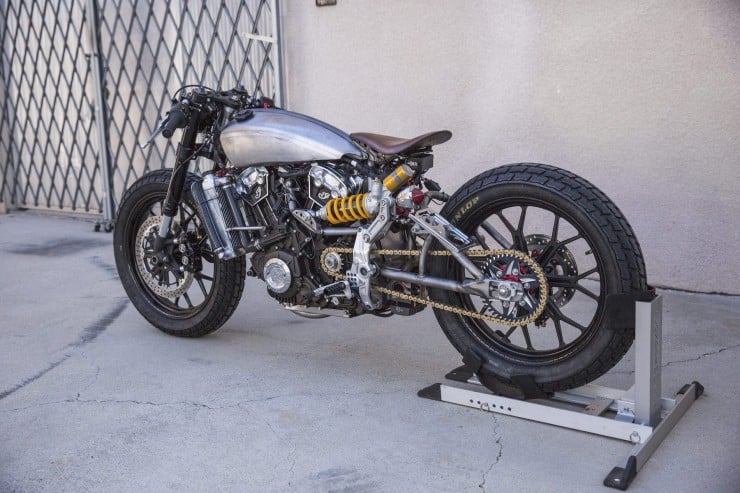 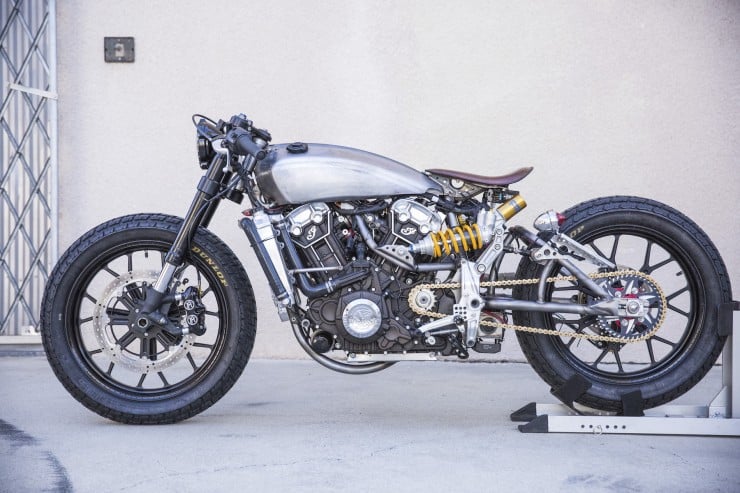 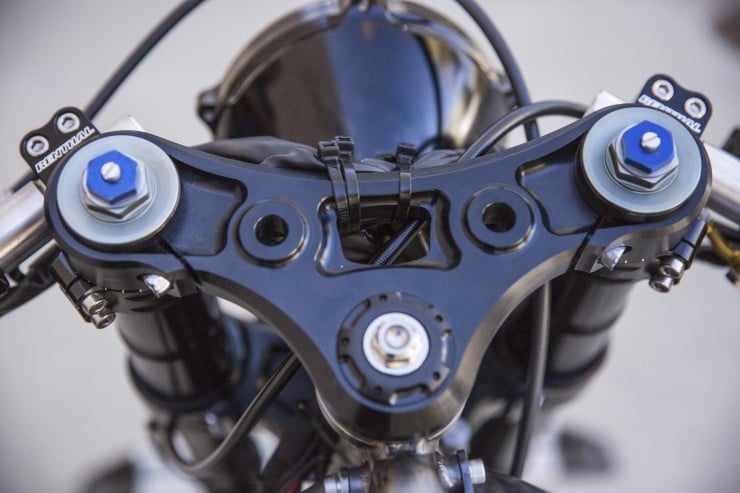 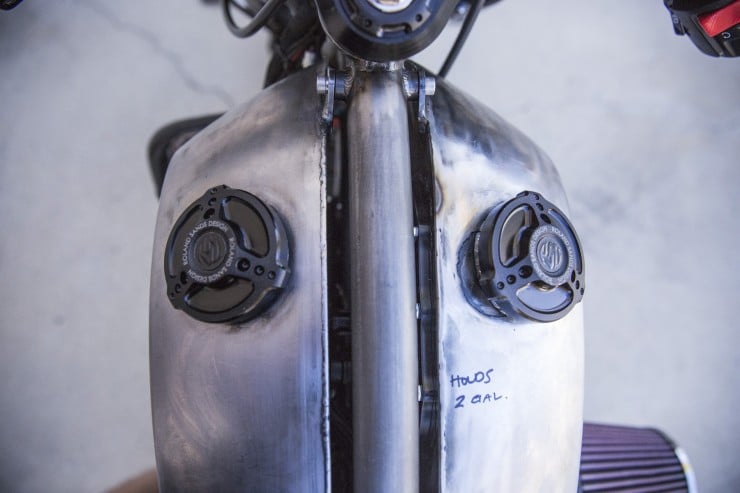 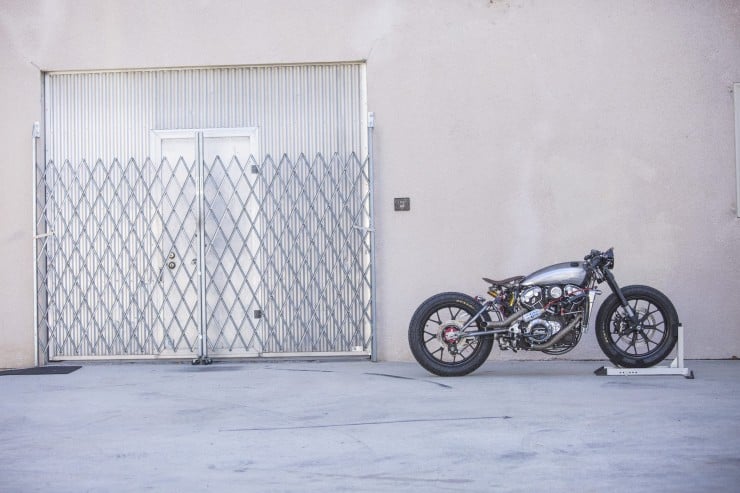 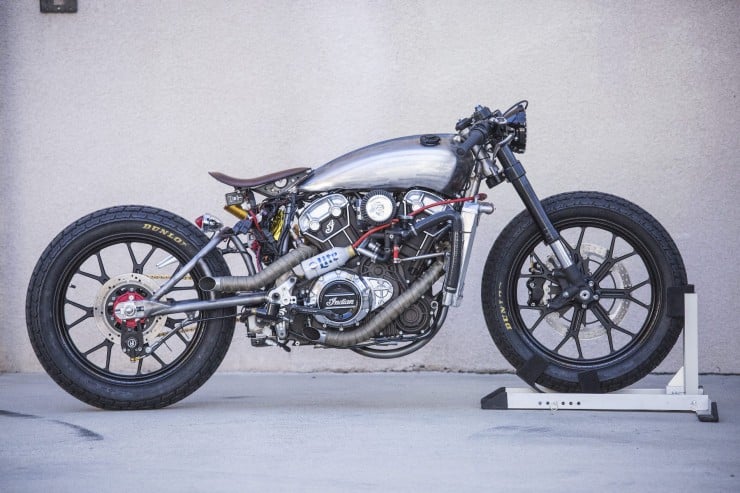 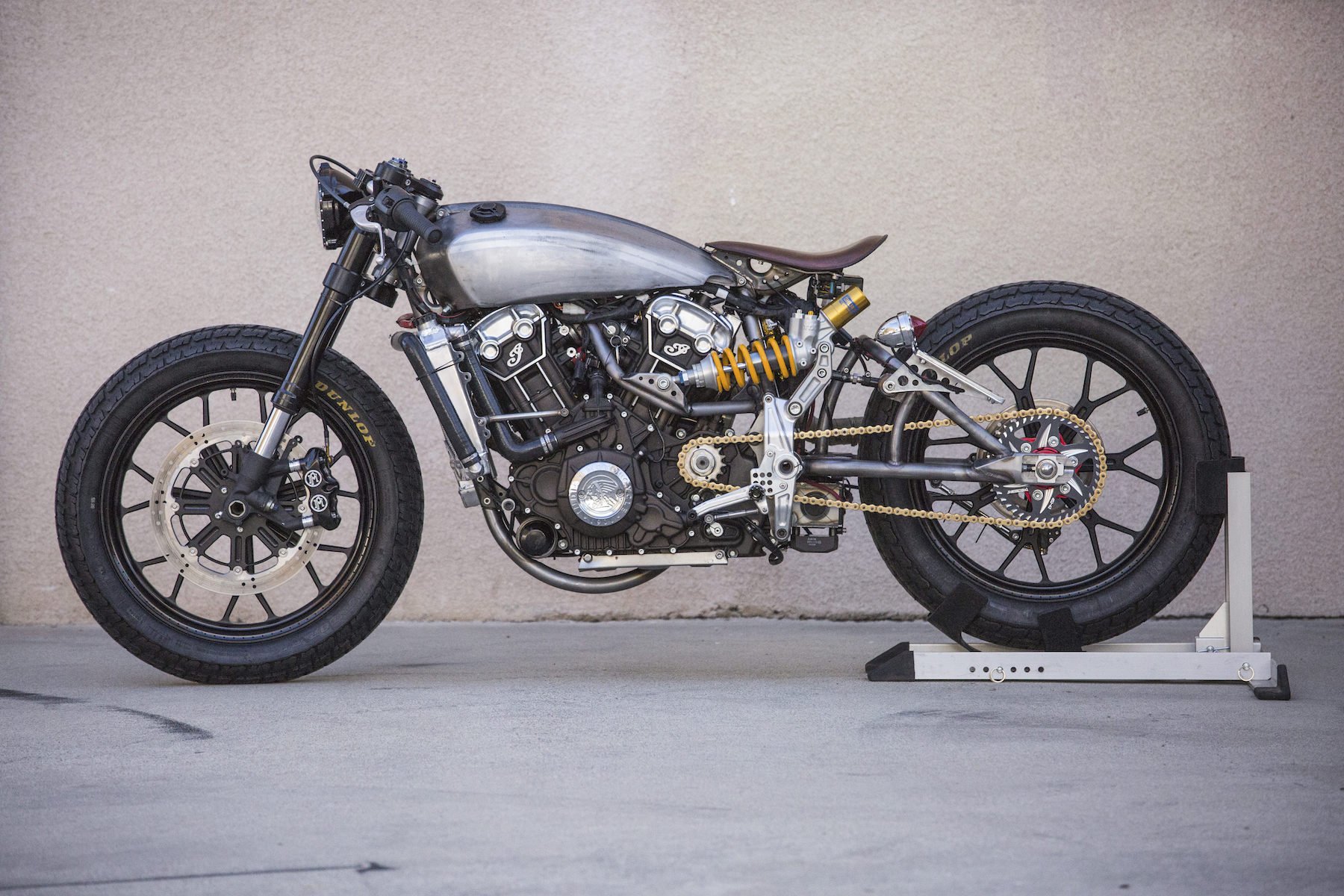