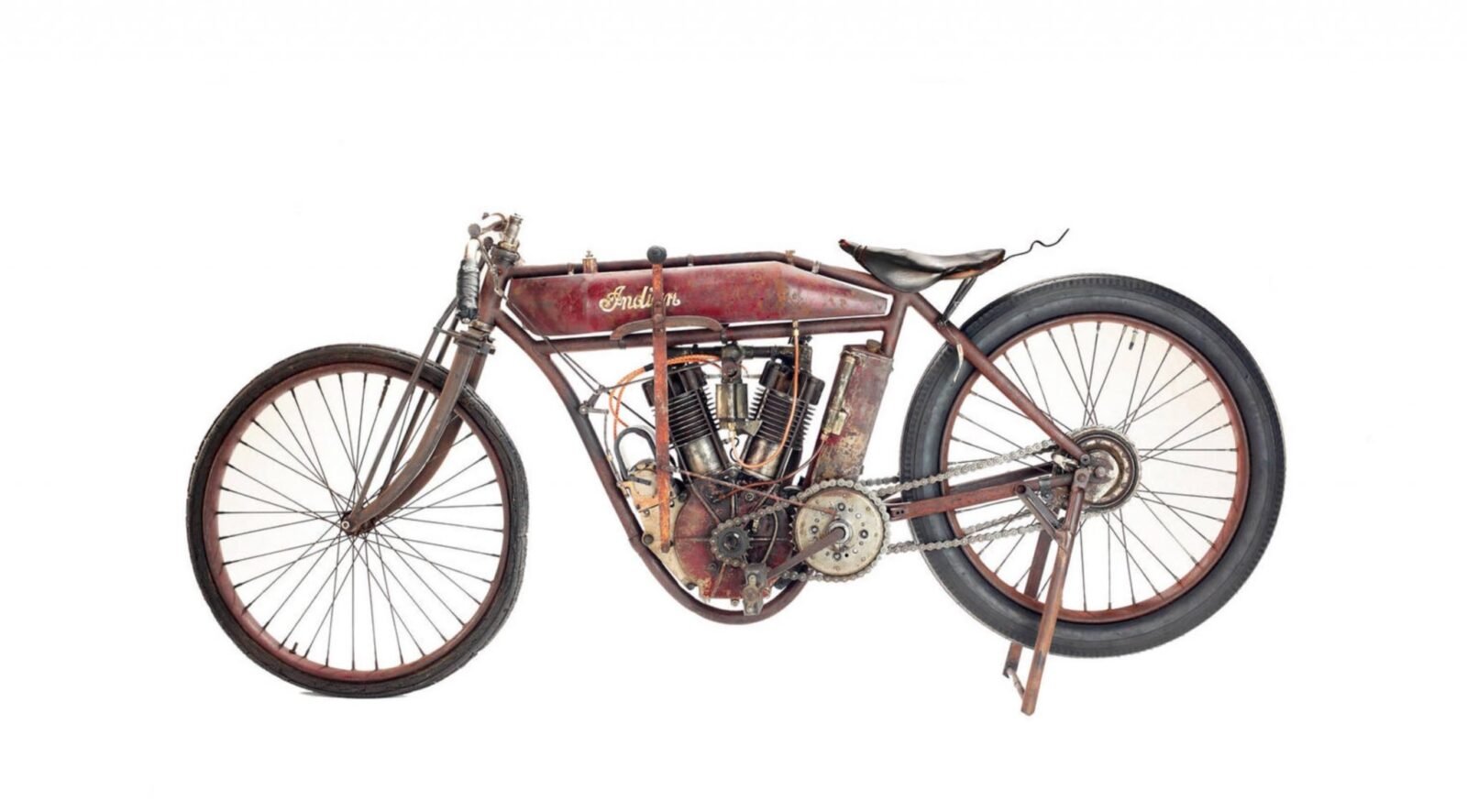 Incredibly, once it was reassembled, oiled and fuelled the Indian started up and ran as almost though 100 years hadn’t passed since it was first built. In its current condition it won the Best Unrestored Award at the 2014 Le May Museum Vintage Motorcycle Festival and it’s now one of the most hotly anticipated lots at the upcoming Las Vegas Motorcycle Auction – motorcycle collectors pay very close attention to how much bikes like this sell for to gauge the current state of the market and the current value of similar bikes.

The engine used in this model was the 61 cubic inch V-twin, though it may look primitive by today’s standards, this was the engine that put Indian Motorcycle at the top of the performance charts in 1912 on both sides of the Atlantic. By 1911 Indian riders held every American speed and distance record on the books and the marque went on to take the top three positions in first Isle of Man race.

Although the original wooden Board Track circuits of the era are all long gone, there are guys racing these in various parts of the world – usually either on velodromes or dirt track circuits. If you’d like to see some GoPro footage of board trackers racing on dirt you can click here, you’ll need to be patient as they take a few laps to get up to speed.

If you’d like to read more about the Indian you see here or register to bid on it at the upcoming Bonhams auction in Las Vegas you’ll need to make sure you have somewhere in the region of $60,000 to $70,000 USD and then click here to view the listing. 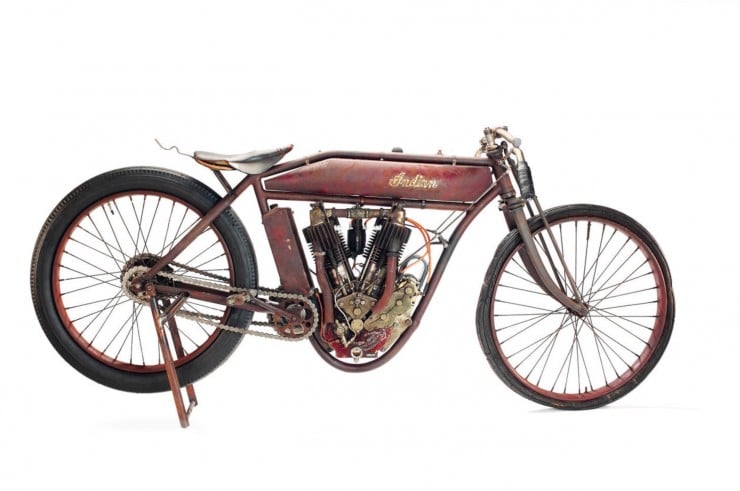 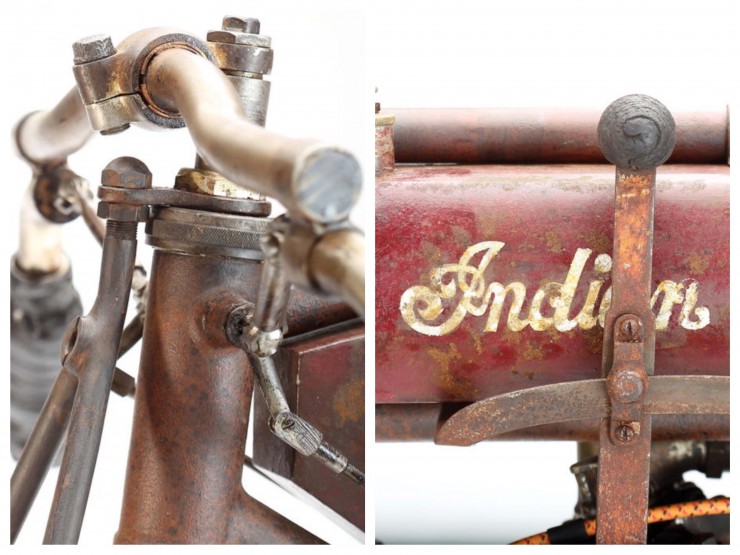 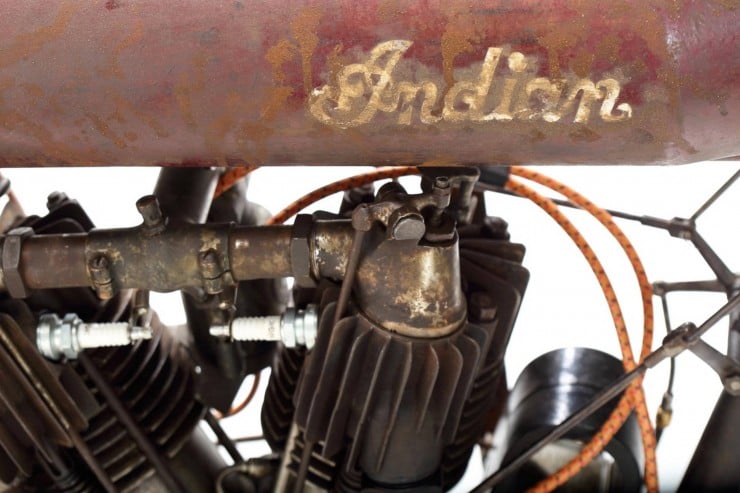 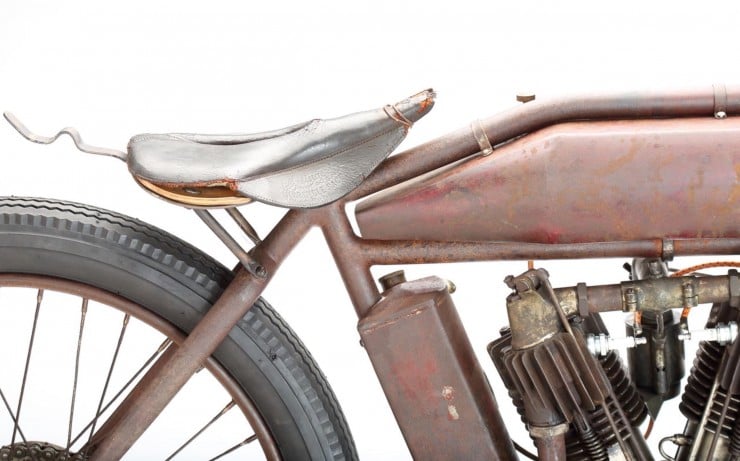 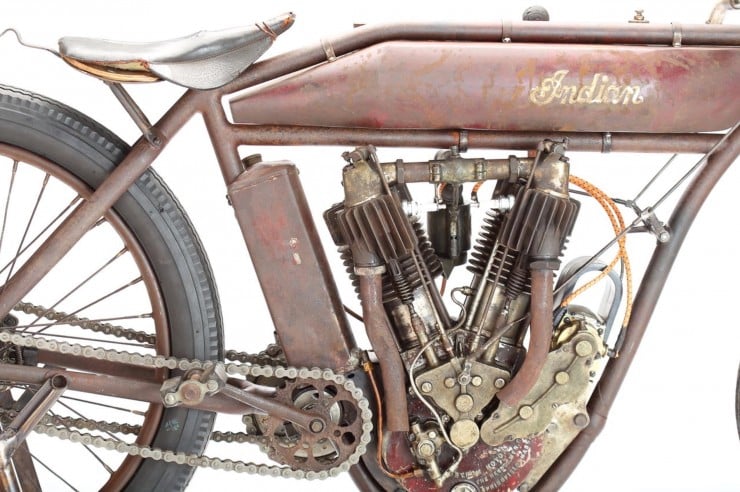 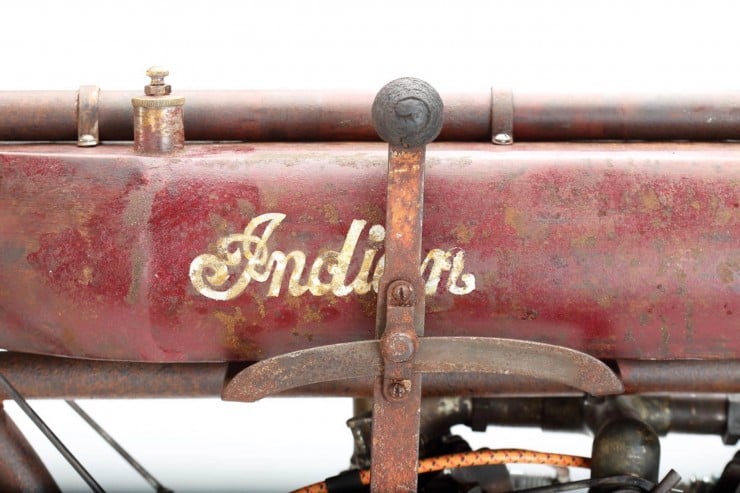 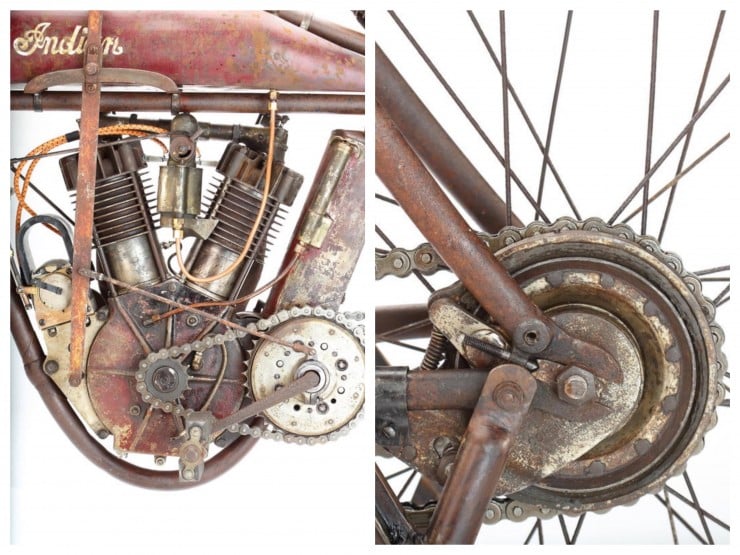 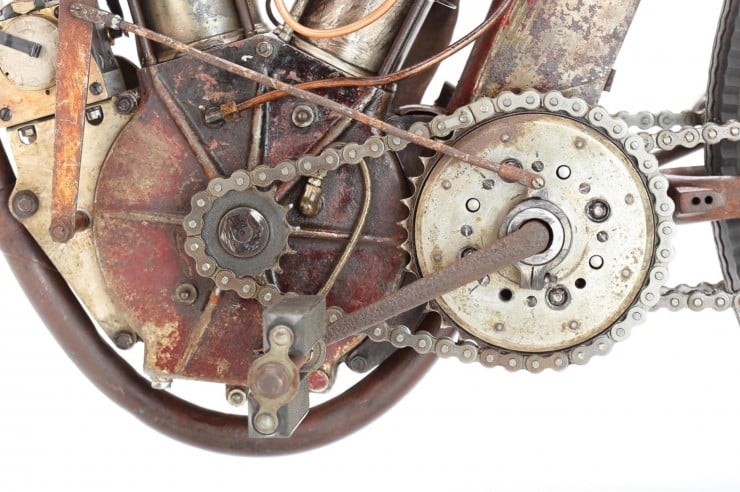 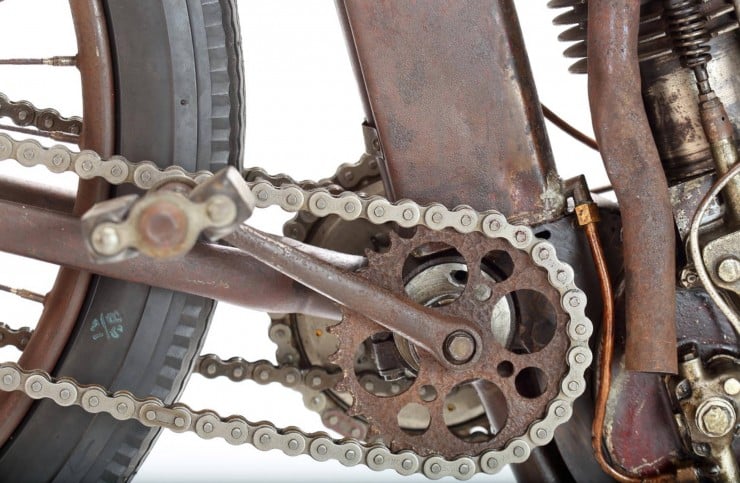 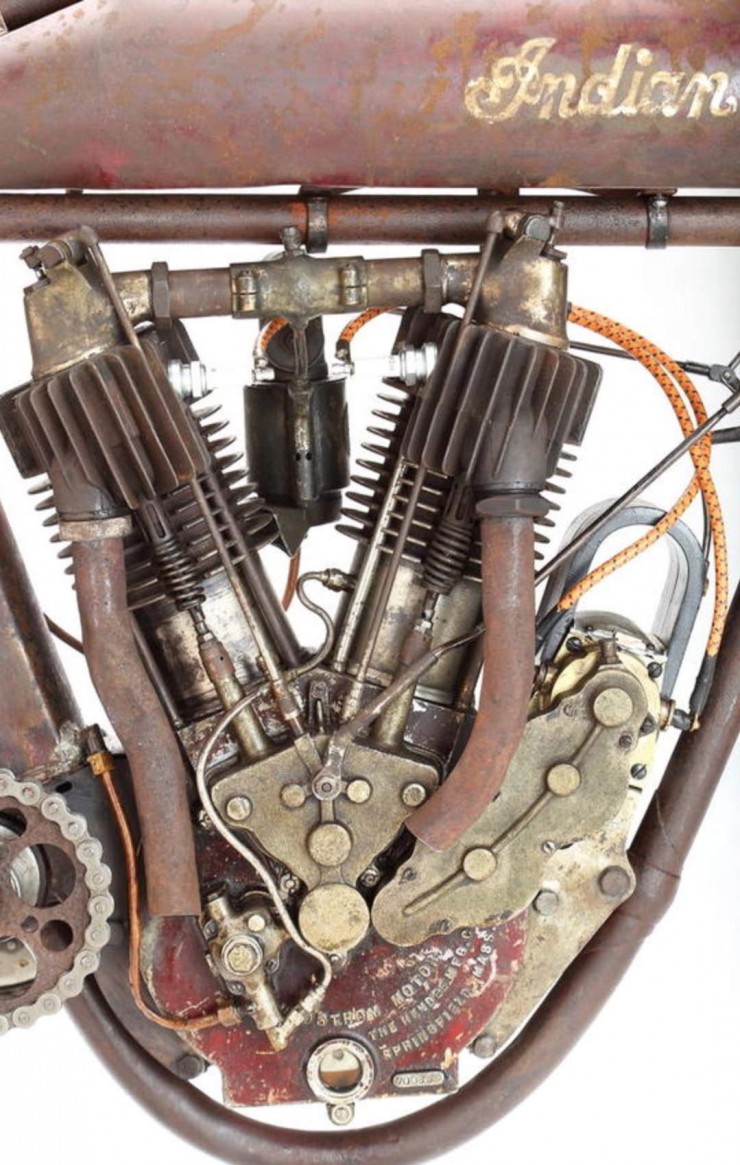 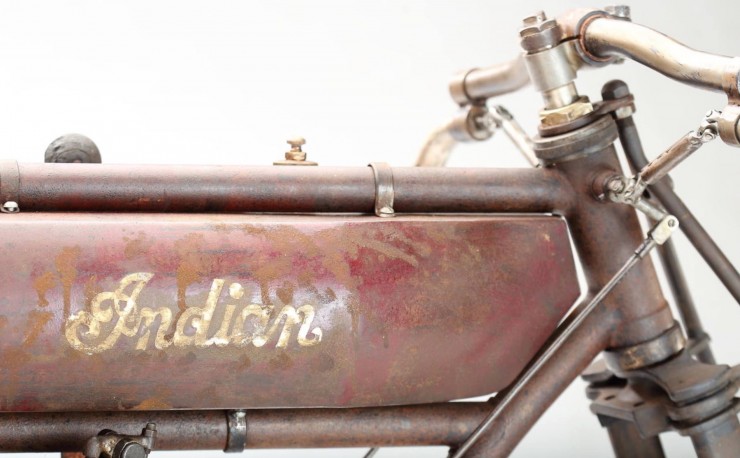 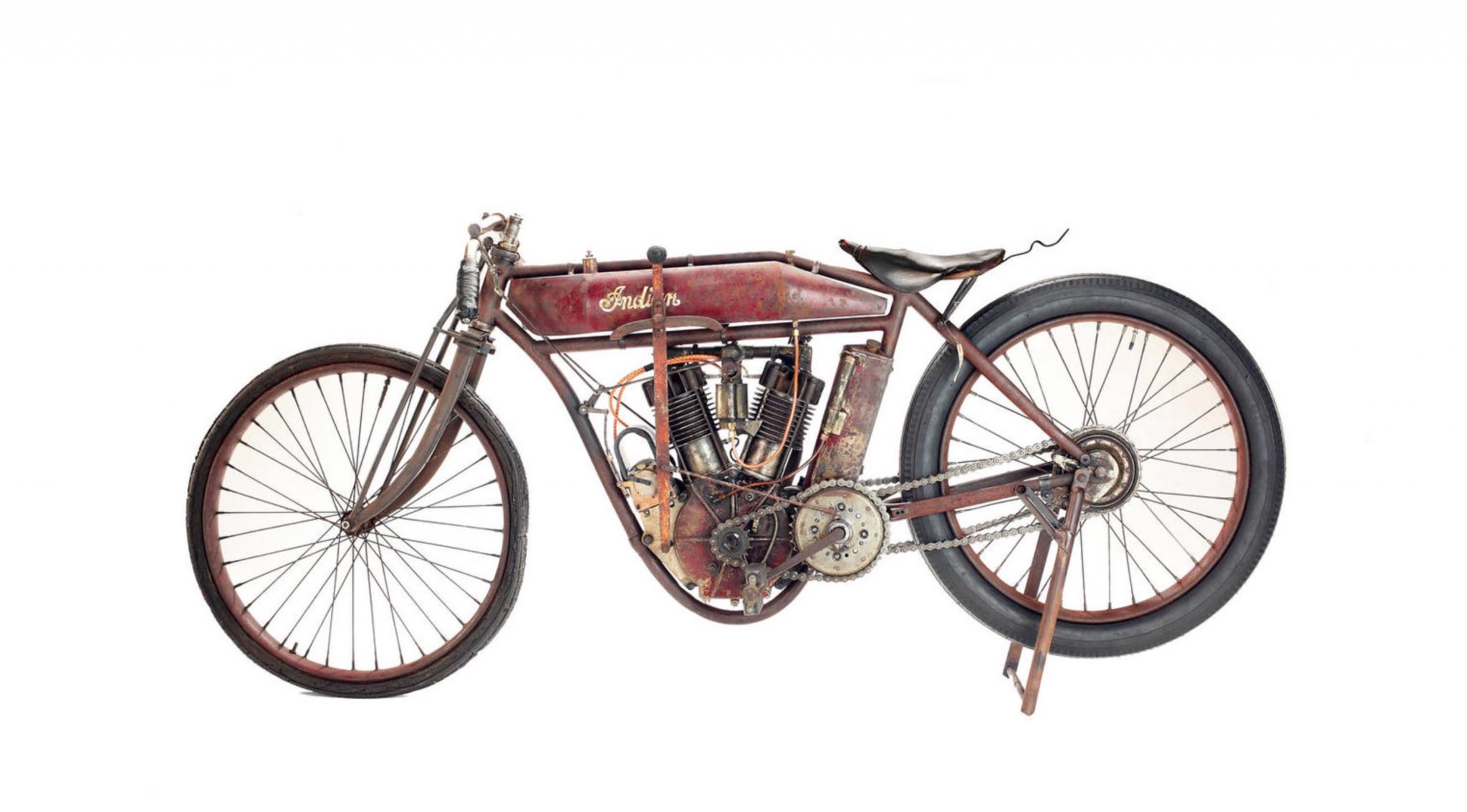