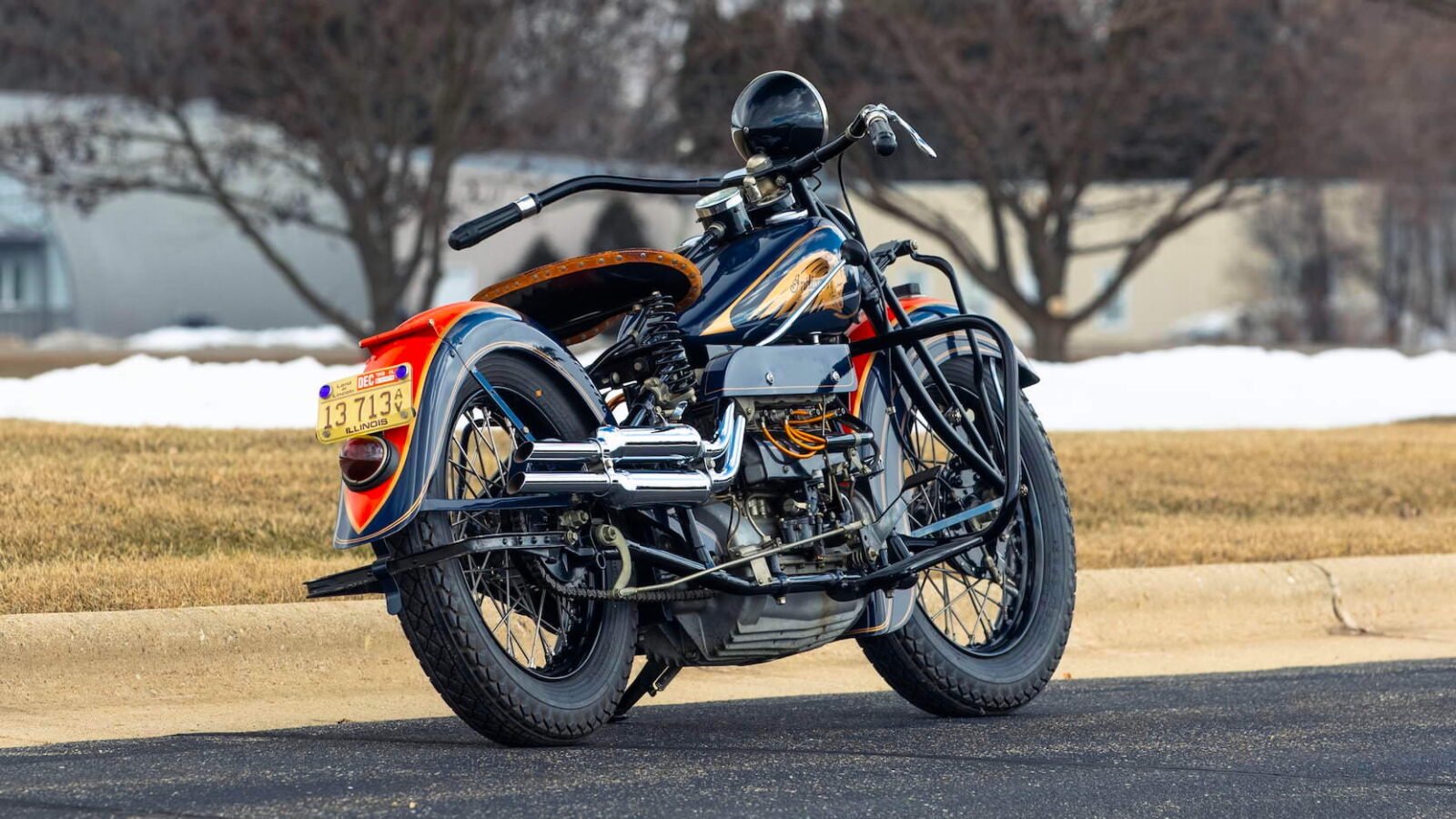 The first Indian Fours were fitted with an engine that had been design by a man who died years before, he was one of America’s great motorcycle engineering geniuses – a man who had developed two totally unique four-cylinder motorcycles in the 1910s which had claimed a slew of race wins and cross-continental speed records.

Henderson’s life would be cut tragically short when he was killed on December 11th, 1922 when he was hit by a car while testing his new creation, the Ace Sporting Solo in Philadelphia.

He was just 39 at the time of his death, but he had already founded two successful motorcycle companies, designed two beautifully refined four-cylinder motorcycle engines, and then designed the motorcycles to go around them.

William Henderson and his brother Thomas founded the Henderson Motorcycle Company in 1911, unusually for the time the Henderson was powered by an inline-four cylinder engine. This was back in 1911 remember, when motorcycles were typically little more than a bicycle with an engine bolted into the frame, and most motorcycles had one cylinder, with more powerful models frequently using a V-twin. 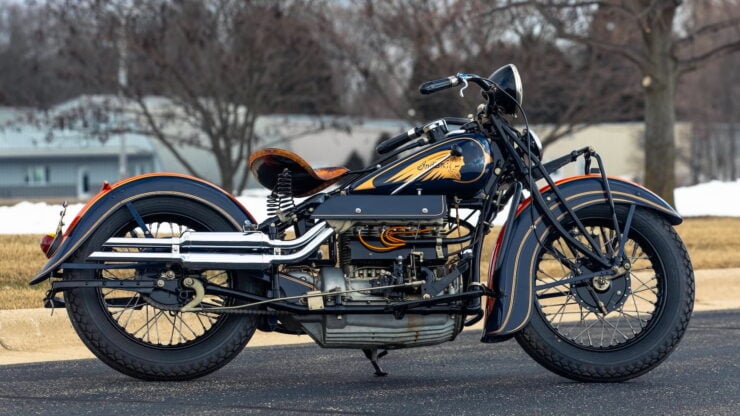 Above Image: The inline-four cylinder engine was mounted longitudinally, so it was quite narrow in the frame.

Henderson motorcycles set a slew of records, perhaps the most significant was when Carl Clancy became the first person to circle the globe on a motorcycle in 1913 aboard a Henderson. In 1918 William and his brother sold the company to Excelsior and went to work for the company, this latest all of a year, William left and co-founded the Ace Motor Corporation in Philadelphia with Max Sladkin.

He immediately set to work designing a new four-cylinder engine, though he had to be careful not to infringe on any of his own previous design patents that had been sold to Excelsior. He succeeded in developing what was arguably a better design, and the “Ace” motorcycle was released in 1920.

The four-cylinder Ace became one of the most desirable motorcycles in America after its release. They were used by many police departments due to their speed and reliability, and Erwin “Cannonball” Baker set a North American transcontinental motorcycle record on one in 1922.

After Henderson’s tragic death at the end of 1922 Ace carried on with former Henderson engineer Arthur Lemon taking over as chief engineer. The company failed in 1924 but tried again in 1926 to no avail. Indian bought the company and quickly released the Indian Ace.

Over the following years Indian continued to develop the Ace four-cylinder with Arthur Lemon at the helm, the name “Ace” was dropped and the motorcycles were known simply as the Indian Four with various internal model names. 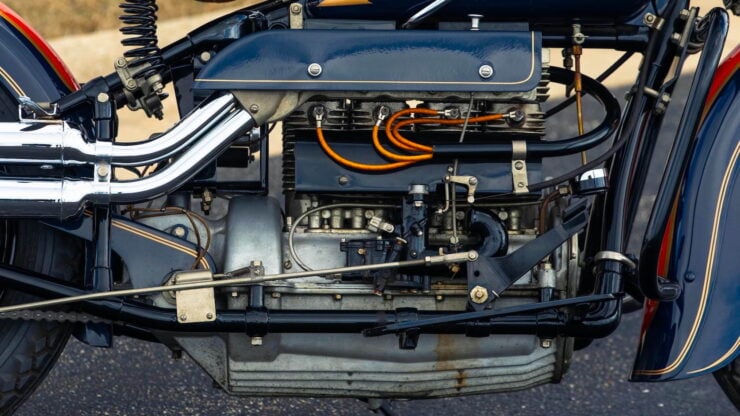 One of the more memorable developments of the Indian Four was the “upside down engine” models of 1936 and 1937. Whereas the earlier fours had been inlet-over-exhaust these new models had modified engines with exhaust-over-inlet, this was done to improve power however it also caused the tops of the engines to run quite hot and this could cause discomfort for the rider under certain circumstances.

By 1938 the engine had reverted to its earlier design, but these rare “upside down” variants are now popular with collectors and enthusiasts.

The 1936 Indian Four you see here benefits from a correct restoration by the late Peter Bollenbach of Mountain, Wisconsin. Bollenbach was held in high regard for the quality and accuracy of his restorations, and his work shines through with this motorcycle.

If you’d like to read more about this motorcycle or register to bid on it you can click here to visit the listing on Mecum. It’s due to cross the auction block with them in late April int Las Vegas, and at the time of writing there’s no price estimate. 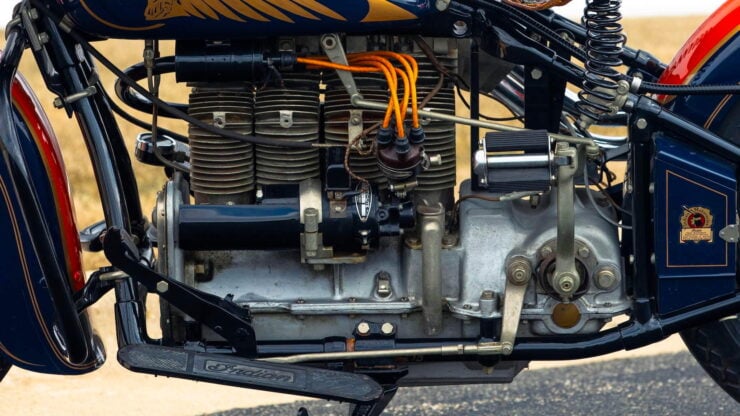 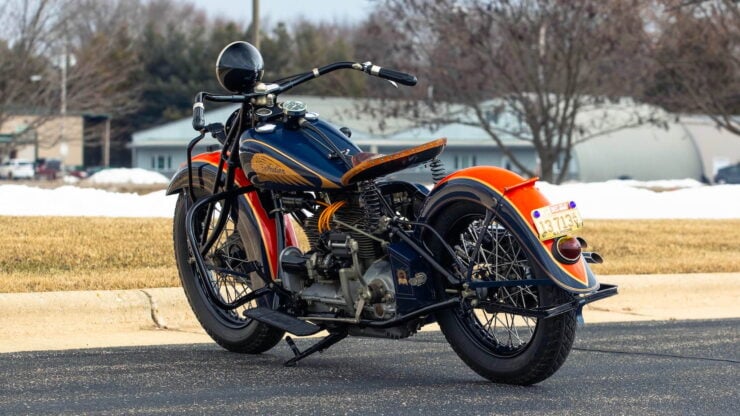 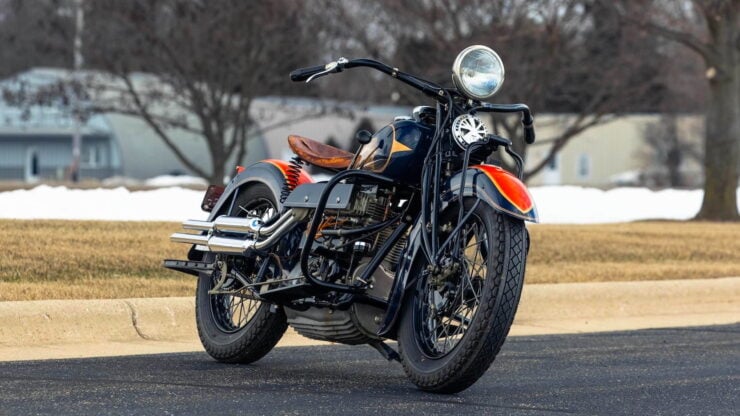 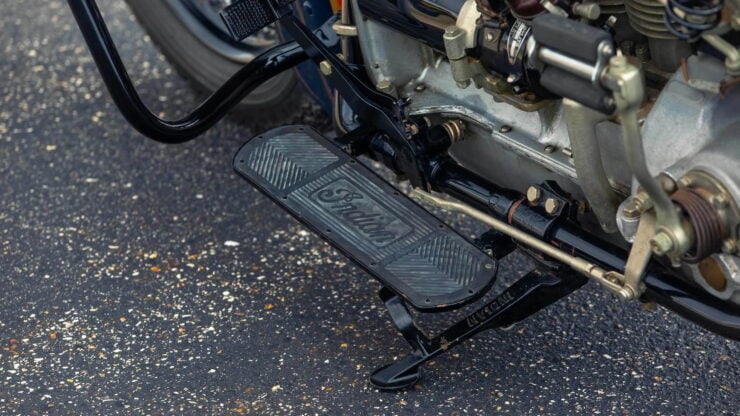 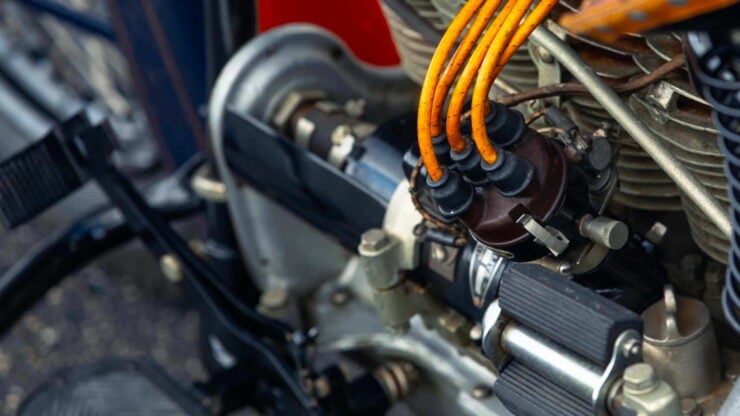 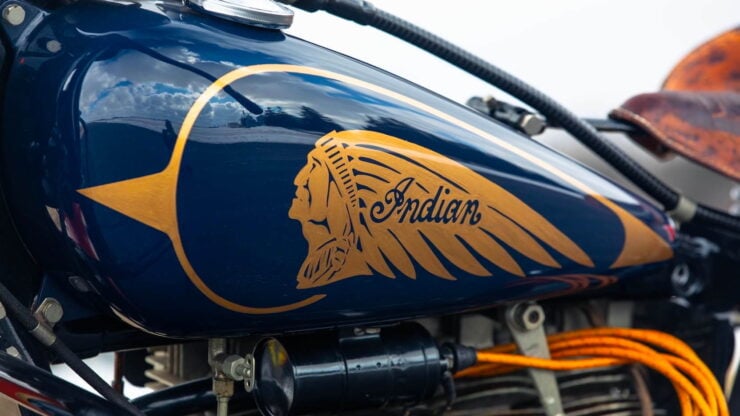 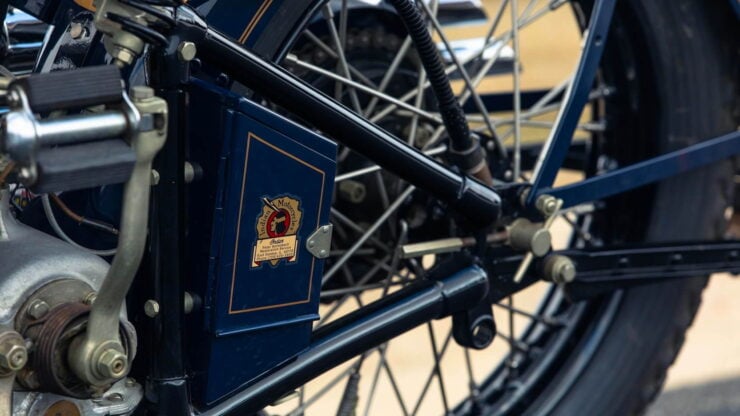 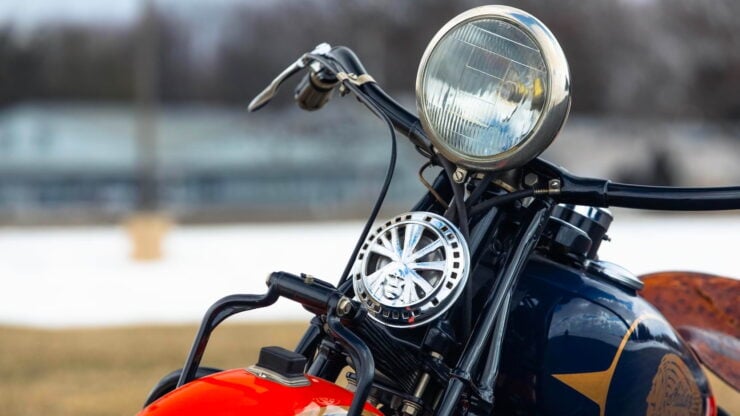 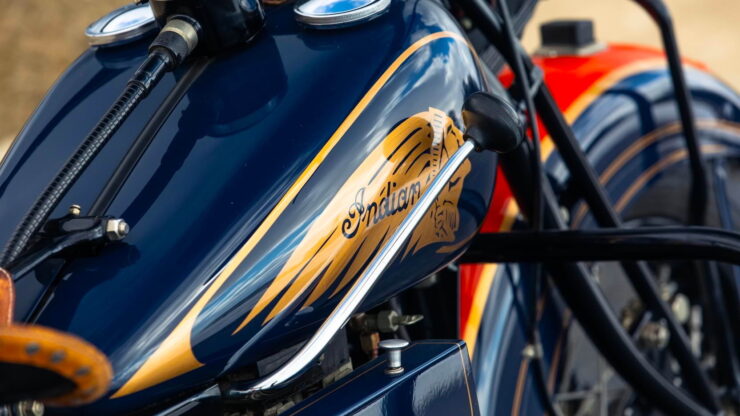 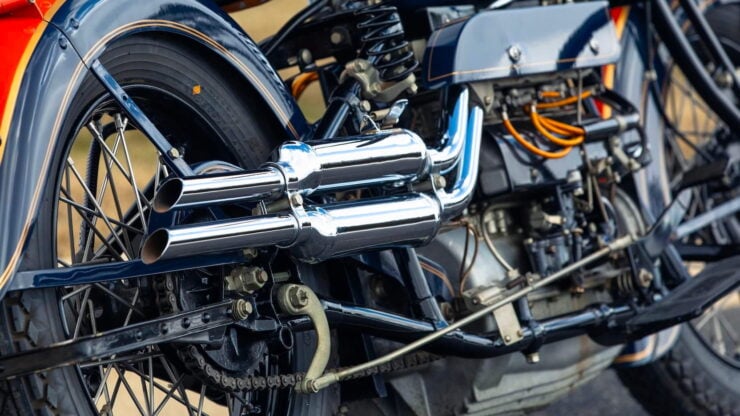