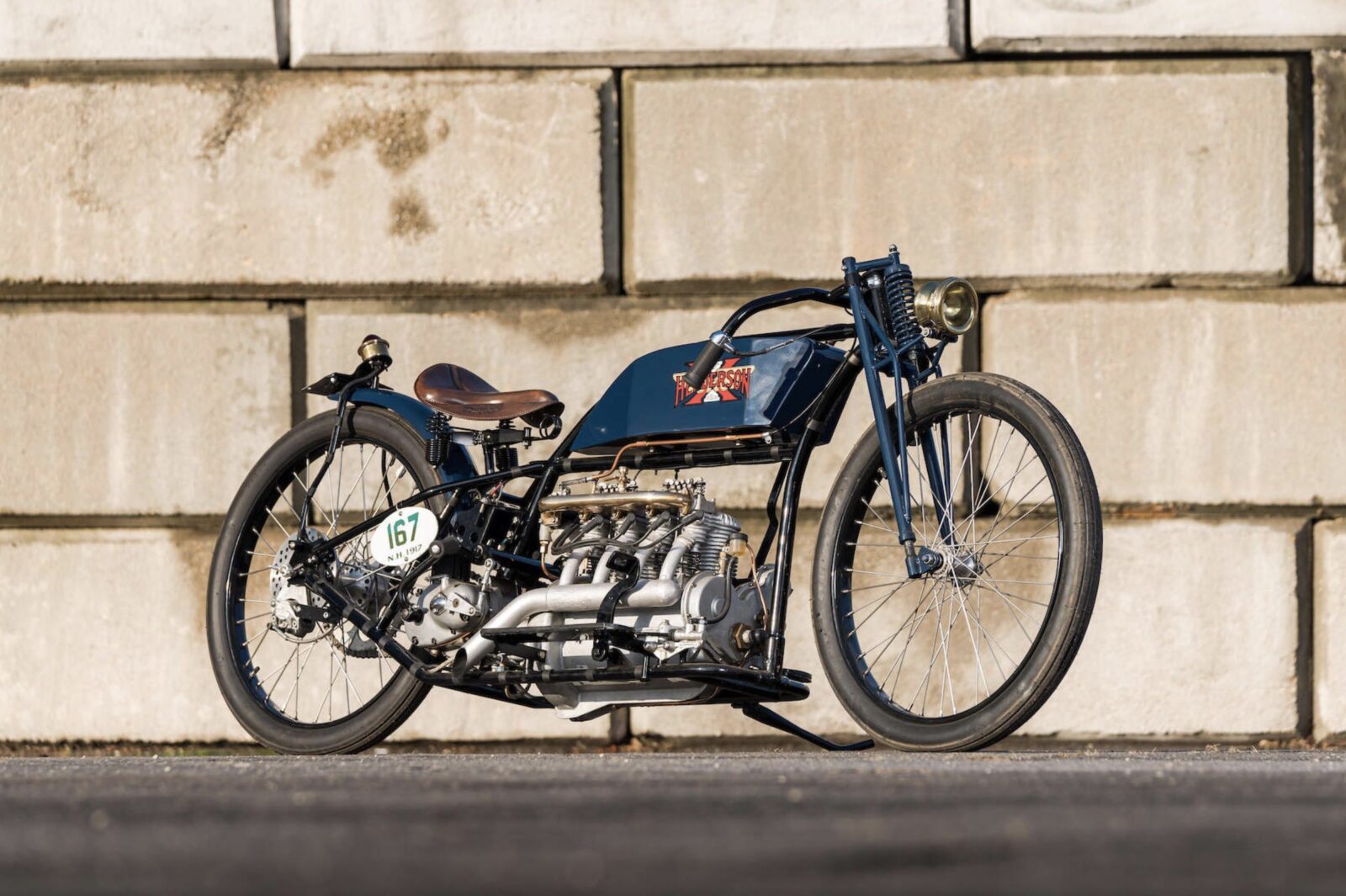 The Henderson Motorcycle Co. was the first American manufacturer of four cylinder motorcycles and one of the first in the world.

The advanced and powerful (for the era) motorcycles became a favourite with police departments around the United States, they also became a firm favourite with those who want to set motorcycle endurance records – the first motorcycle to circumnavigate the globe was a four-cylinder Henderson.

The fast and luxurious motorcycles designed and built by Henderson achieved a lot, but they were never raced in any significant numbers on the popular board tracks of the era. These were huge oval or circular-shapred motordromes built entirely from wooden planks, with large banked corners and long straights. Some board tracks had a lap length of a mile and motorcycle racers would hit speeds in excess of 100 mph – wearing nothing more than cotton trousers, a wool pullover, a leather helmet, and pilot’s goggles.

Many cities and a number of towns across the USA built their own board track raceways, typically on the outskirts or city limits. The tracks had a carnival-like atmosphere on race day not dissimilar to the modern Indy 500, with food stalls, beer stalls, popcorn, ticket booths, and children’s entertainment. 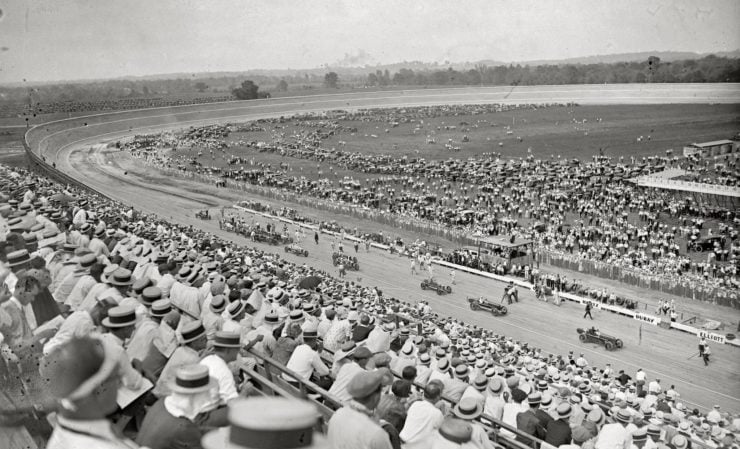 The Hendersons weren’t able to compete on board tracks as there was no suitable class for them (though there were some exceptions), so they stuck with what they did best – endurance runs like Alan Bedell’s famous 1917 dash from Los Angeles to New York. His record run covered a distance of 3,296 miles and he did it in 7 days, 16 hours, and 15 minutes aboard his 1917 Henderson. Bedell had earlier broken the 24 hour record when he averaged 48 mph for a total distance of 1,154 miles at Ascot Park in California.

In 1917 the Henderson Motorcycle Co. was sold to Ignaz Schwinn – the founder of the Schwinn bicycle company and the Excelsior motorcycle manufacturer. Schwinn invested in Henderson and kept new models coming and shipped them to dealers around the world.

In 1931 as the Great Depression swept across the United States Schwinn decided to shutdown all motorcycle manufacturing and focus on building more affordable bicycles – he accurately predicted that the depression could last 8 years or more and few people would have money for motorcycles.

Henderson was revived in the 1990s for a short time, and more recently the name and intellectual property was sold at auction to a new buyer, who hopefully will bring the marque back once and for all. 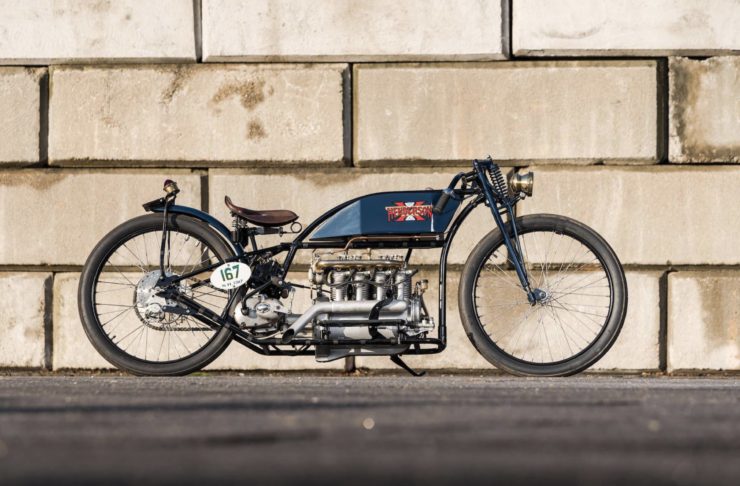 The motorcycle you see here is a 1917 Henderson board track racer, but it didn’t start out this way. The bike started out as a regular 1917 Henderson Model G, this was the most advanced motorcycle made by the company yet, it had wet sump lubrication, a 3-speed gearbox, and a heavy duty clutch. They were so good Henry Ford ordered one for his own personal use.

The early life of this motorcycle is lost to history, but we do know it ended up in the Wheels Through Time Museum with the gearbox cut off the back so it could be used in an airplane. The engine was gifted to Paul Ousey by Dale Walksler of the museum, and the project to turn it into something special began.

A new frame was designed following the best engineering principles of the 1910s, it’s a period-correct hard tail fitted with a springer front end, a sprung leather saddle, low slung handlebars, no front brake, and a 3-speed Triumph gearbox. It now looks like some mysterious Skunk Works project from Henderson in the late 1910s, with the exception of that subtle Brembo disc rear brake and the front and rear lights of course.

The bike is fully functional and it took part in the Sons of Speed boardtrack racing event, it’s now looking for a new owner to take over and keep writing its history. If you’d like to read more about it or register to bid you can click here to visit the listing on Bonhams. 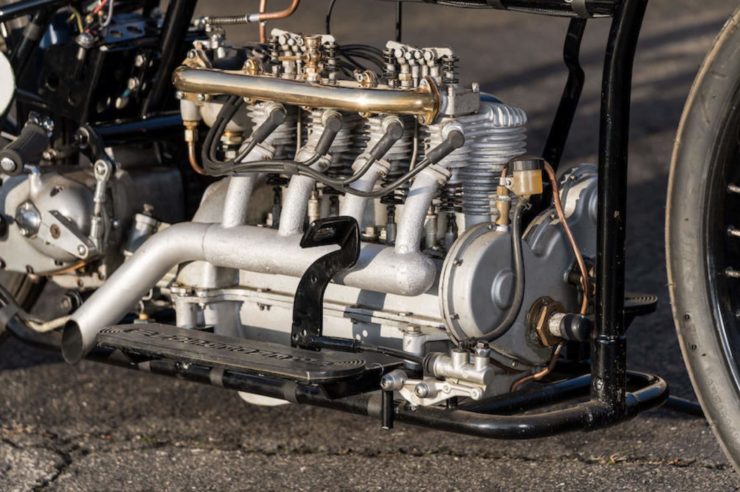 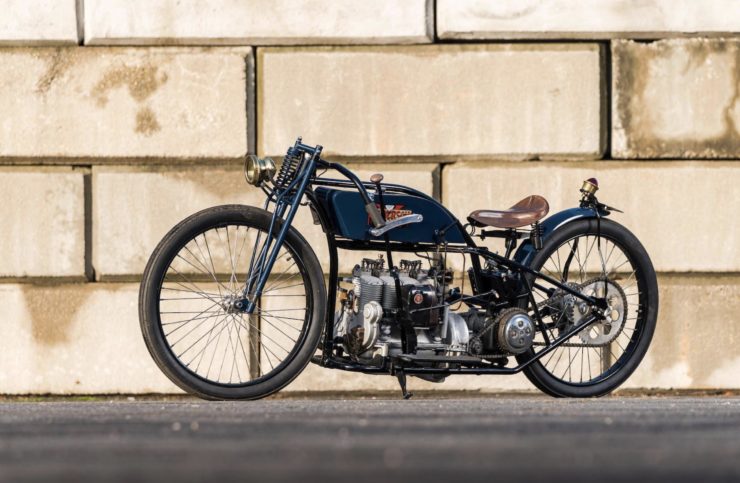 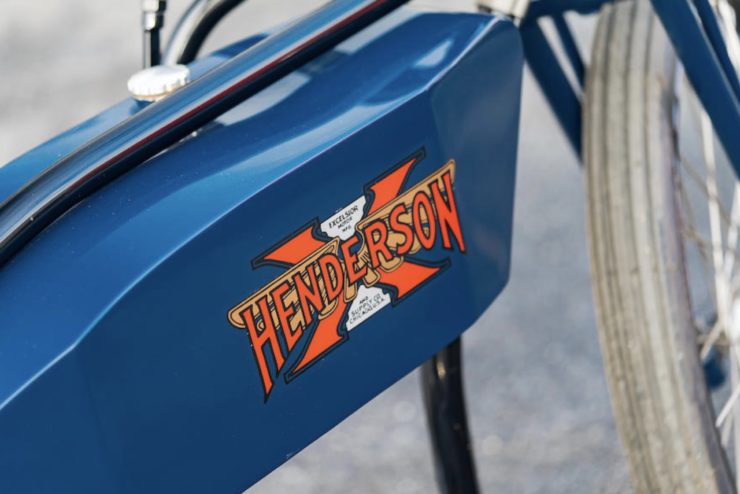 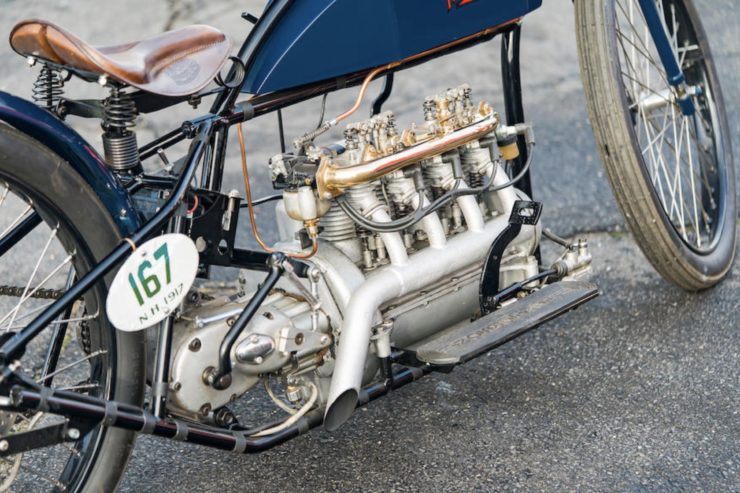 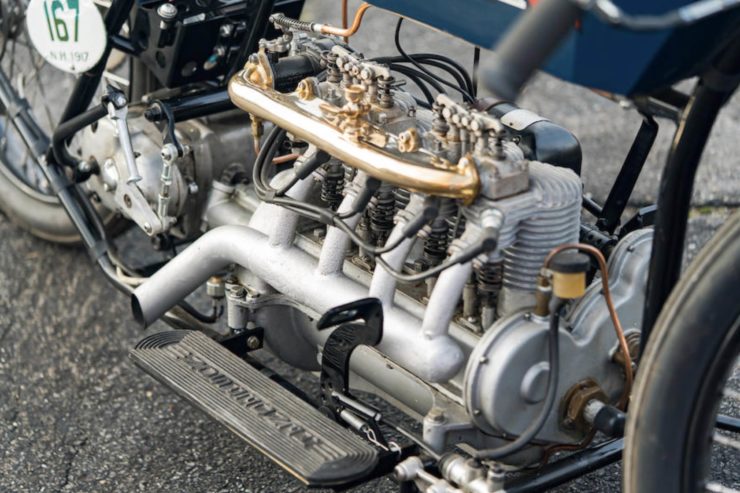 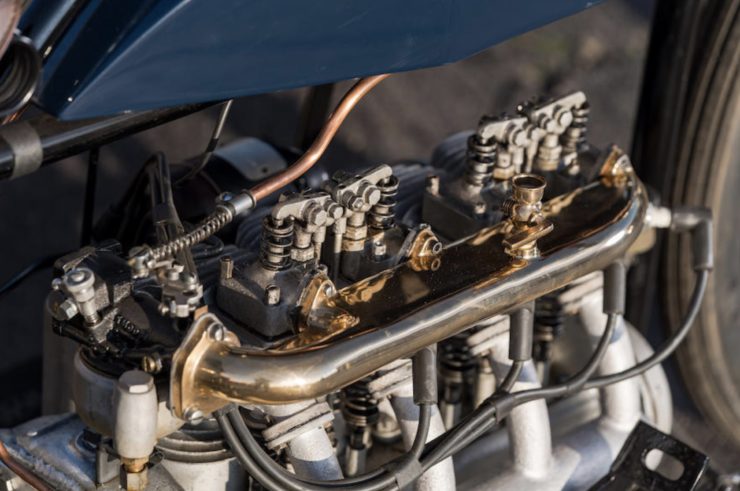 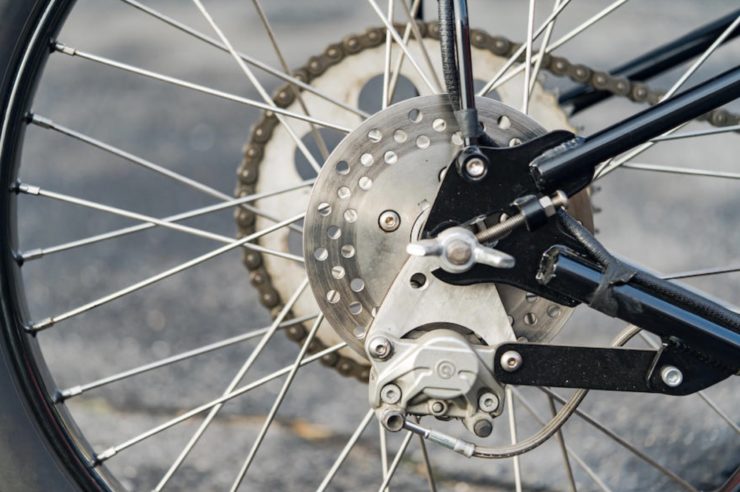 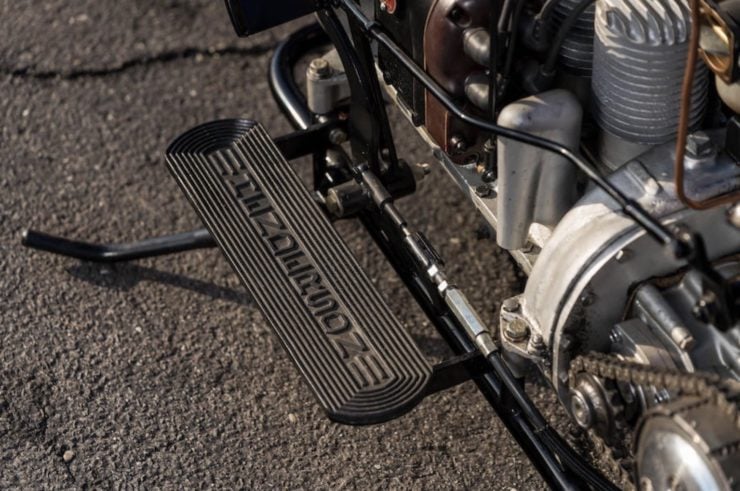 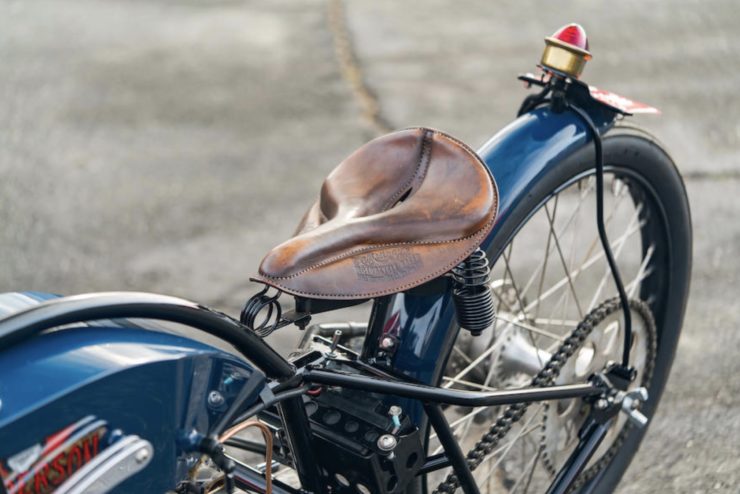 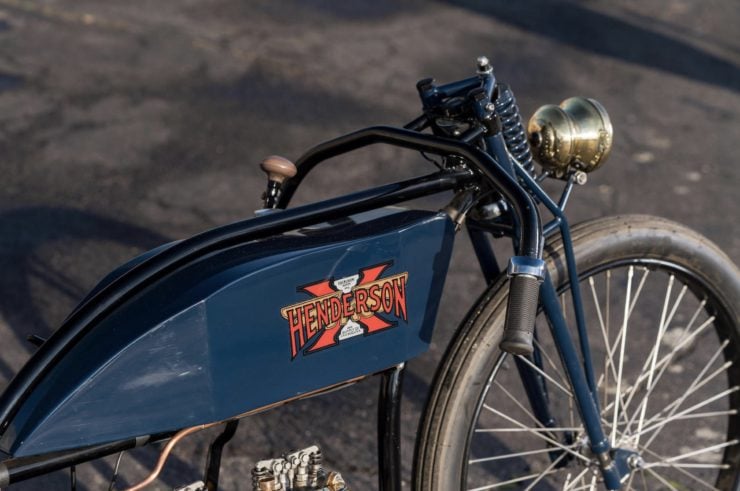 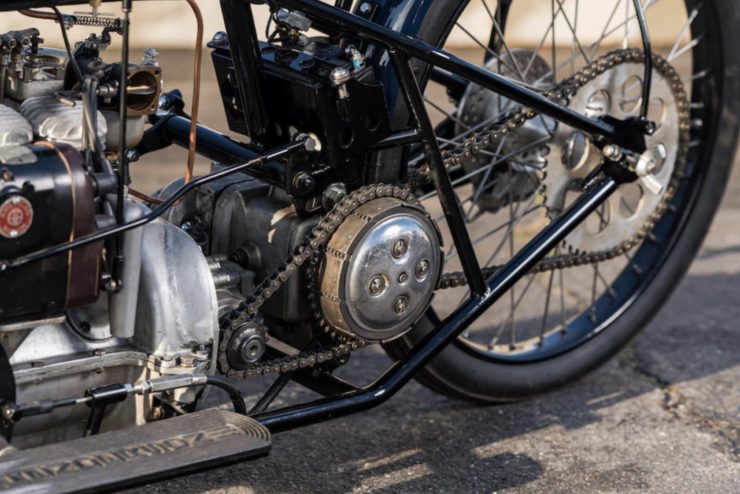 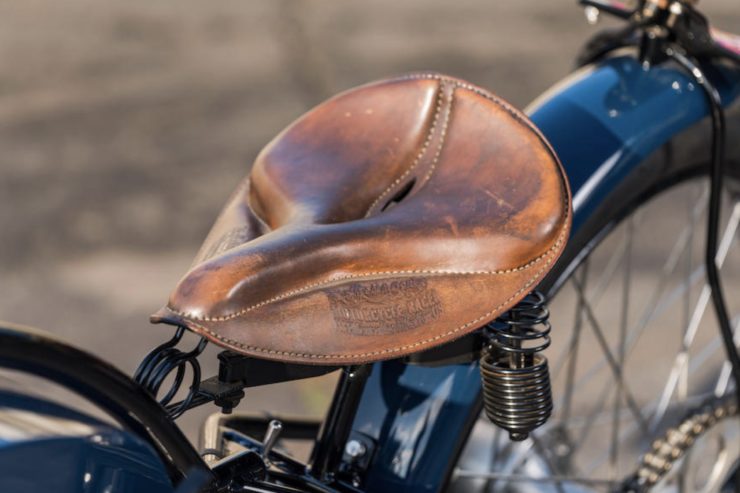 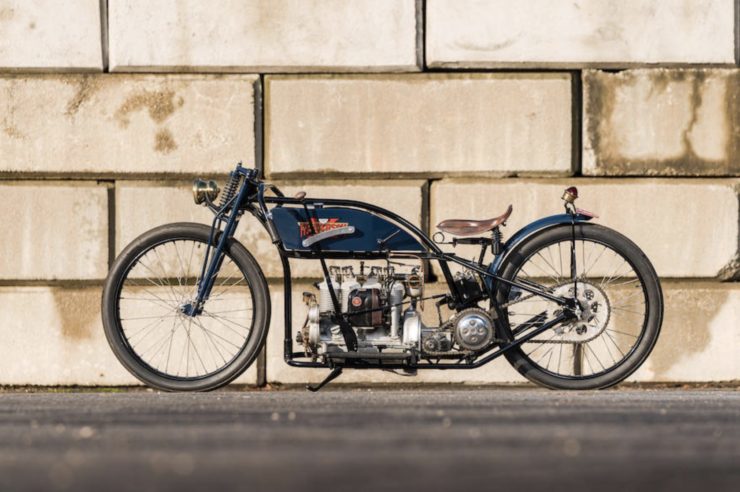 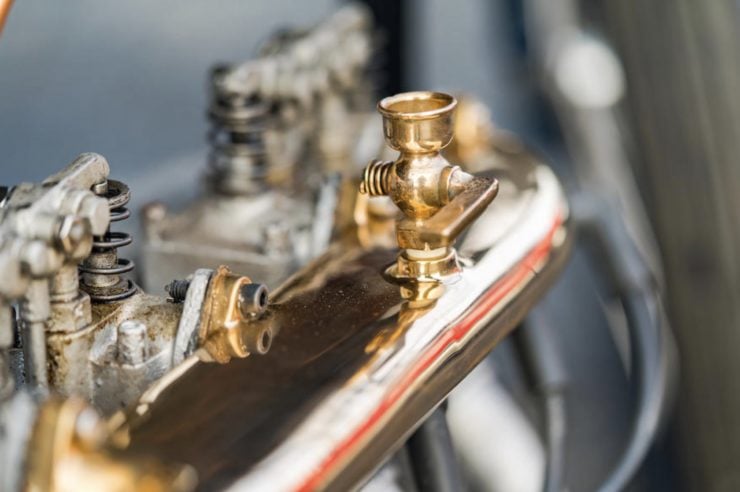 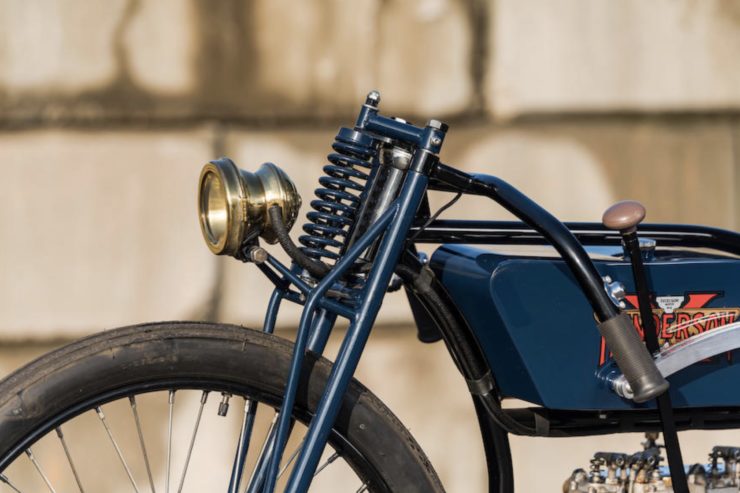 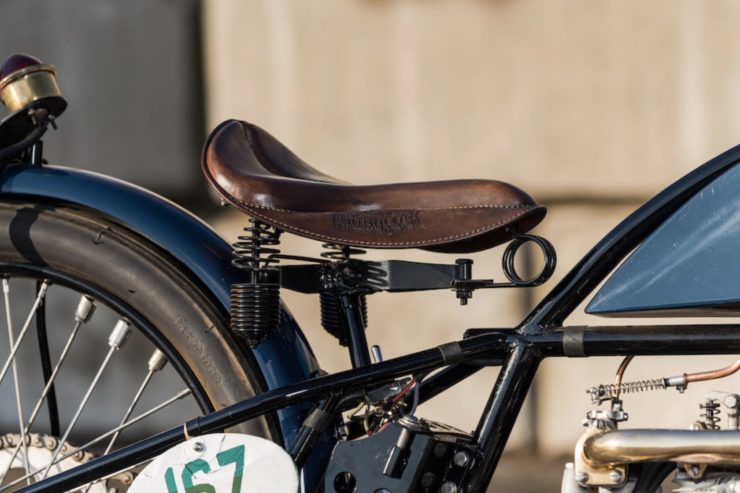 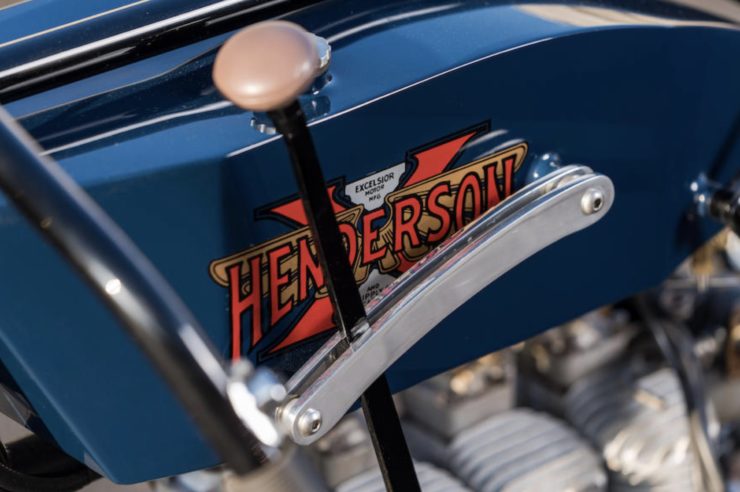 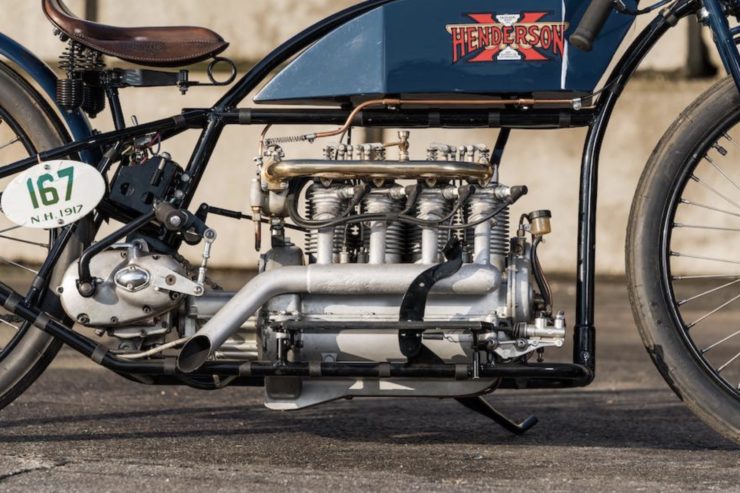 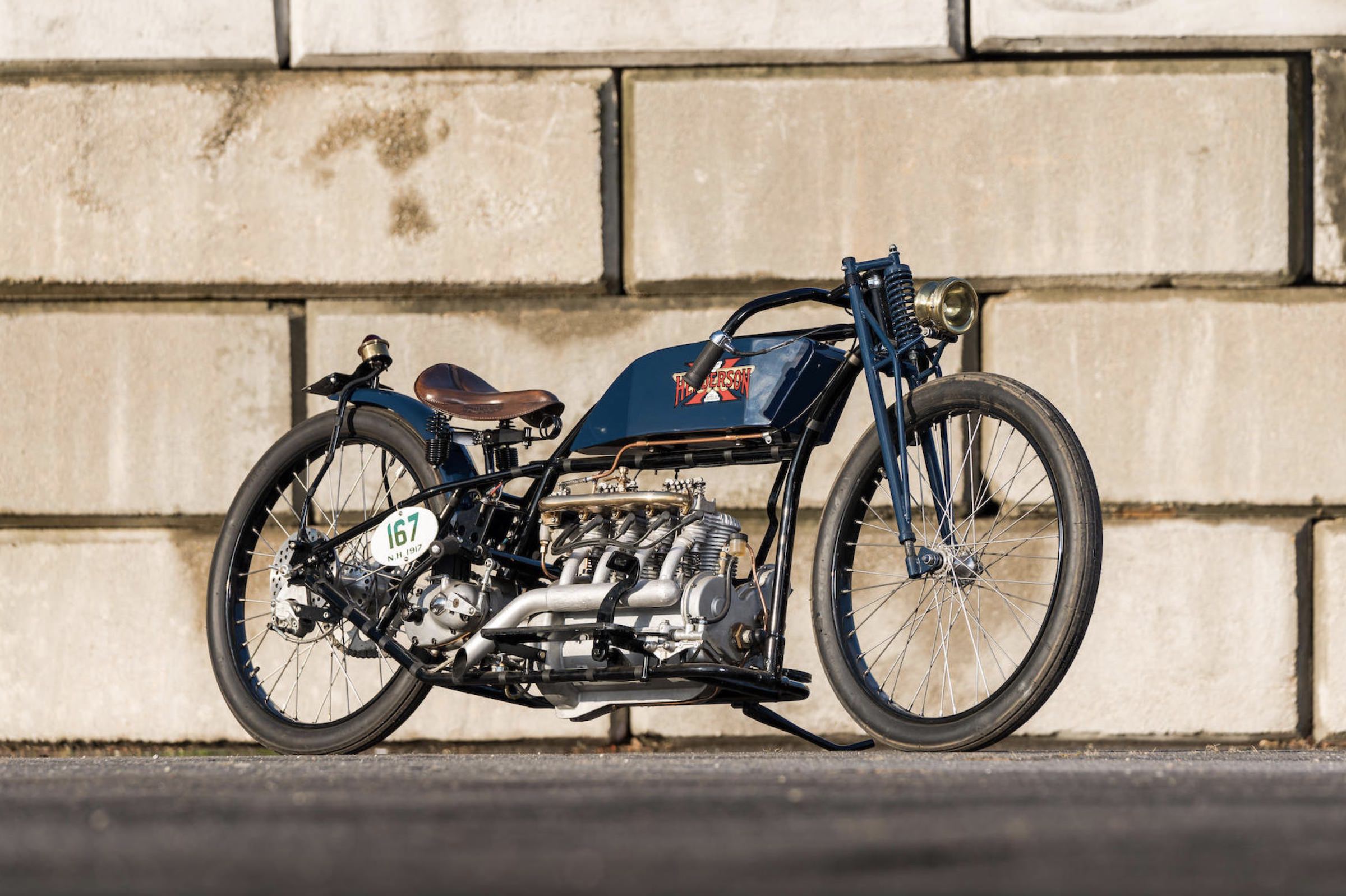