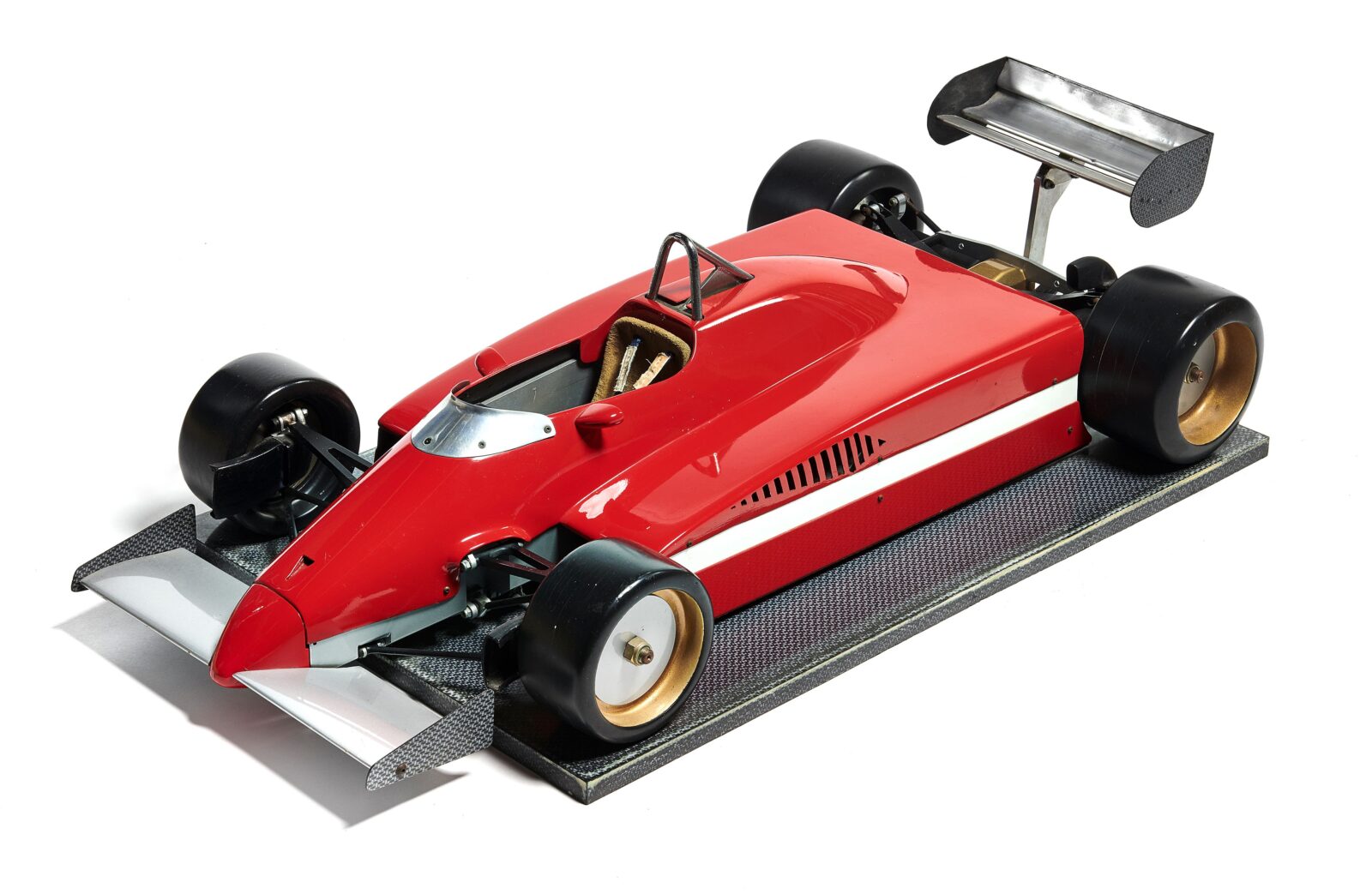 Editor’s Note: We’ve received word that this is a C2 which was development of the CK, we’ve contacted the auction house for clarification.

This is believed to be an early wind tunnel development model of what would become the Ferrari 126 CK Formula 1 car, it measures in at 3.5 feet long by 1.7 feet wide, and it shows what was happening behind the scenes at Ferrari as they rapidly developed their first-ever turbocharged F1 vehicle.

The Ferrari 126 C was designed to replace the successful but outdated Ferrari 312T series. Rather than using a large flat-12 like its predecessor the new 126 CK used a turbo V6 which proved much smaller and allowed more room for ground effect aerodynamics design elements under the car.

Interestingly, Enzo Ferrari hired engineer Nicola Materazzi to work with his team in Maranello thanks to Materazzi’s experience developing the turbocharged Lancia Stratos HF race cars. This experience would prove invaluable, the car would take two wins in its maiden season however it would also suffer from frequent reliability woes. 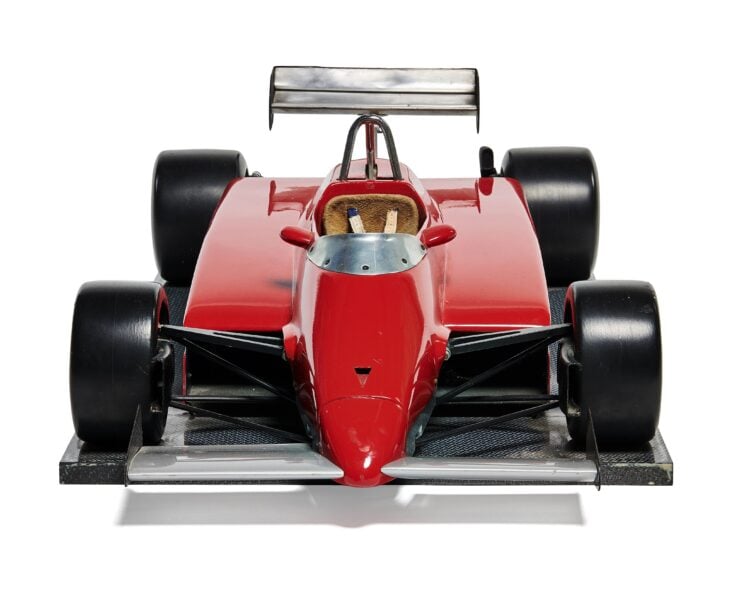 Above Image: The model shows what appears to be a transitional aerodynamics package, developed as Ferrari raced to get the car dialed in and turn it into the World Championship winner it would become.

A solid development program of which this model was a part, would show the car’s true promise. Future versions of the Ferrari 126C would win the Formula 1 Constructors’ Championship in both 1982 and 1983, and finish second in 1984.

The model is made from carbon fibre, wood, and metal. It’s been reasonably well preserved although there are some signs of age. The cockpit is surprisingly detailed and the car uses a transitional front wing design that looks a lot more like the front wing on the later cars than the earlier models.

The car is currently part of Giuseppe Neri’s private collection, he was a long time friend of Enzo Ferrari and as a result his collection is overflowing with interesting bits of Ferrari history.

If you’d like to read more about it or register to bid you can click here to visit the listing on Artcurial. It’s due to cross the auction block on the 6th of February and the price estimate is €12,000 to €16,000. 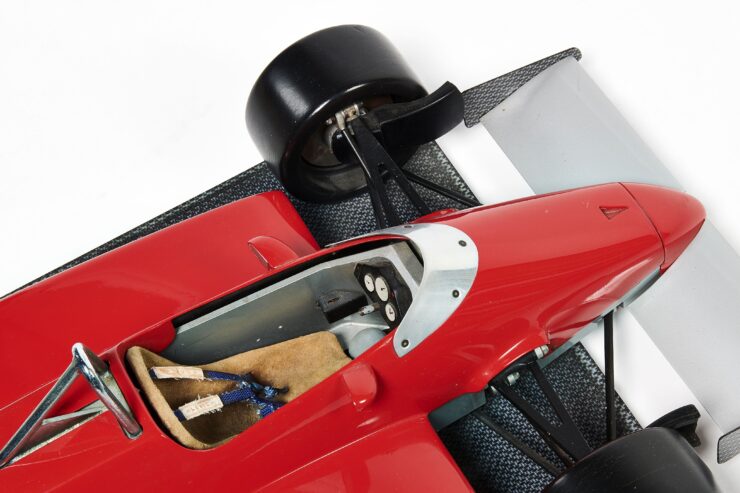 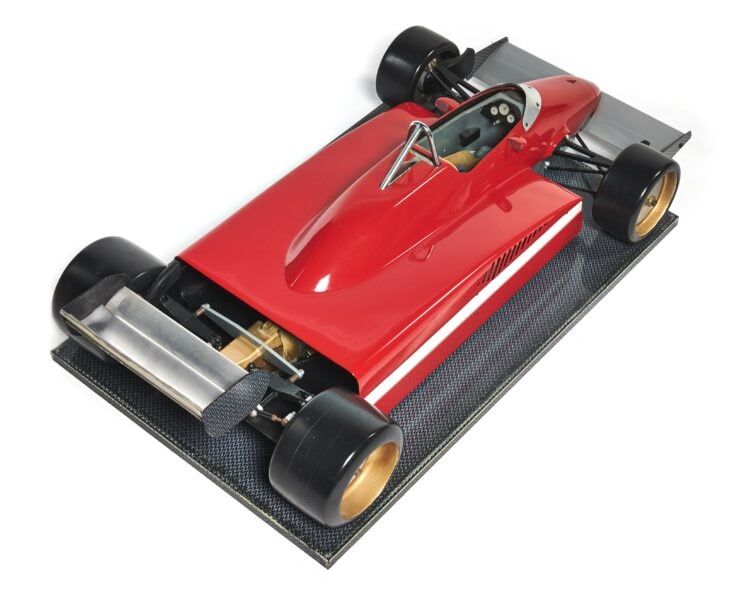