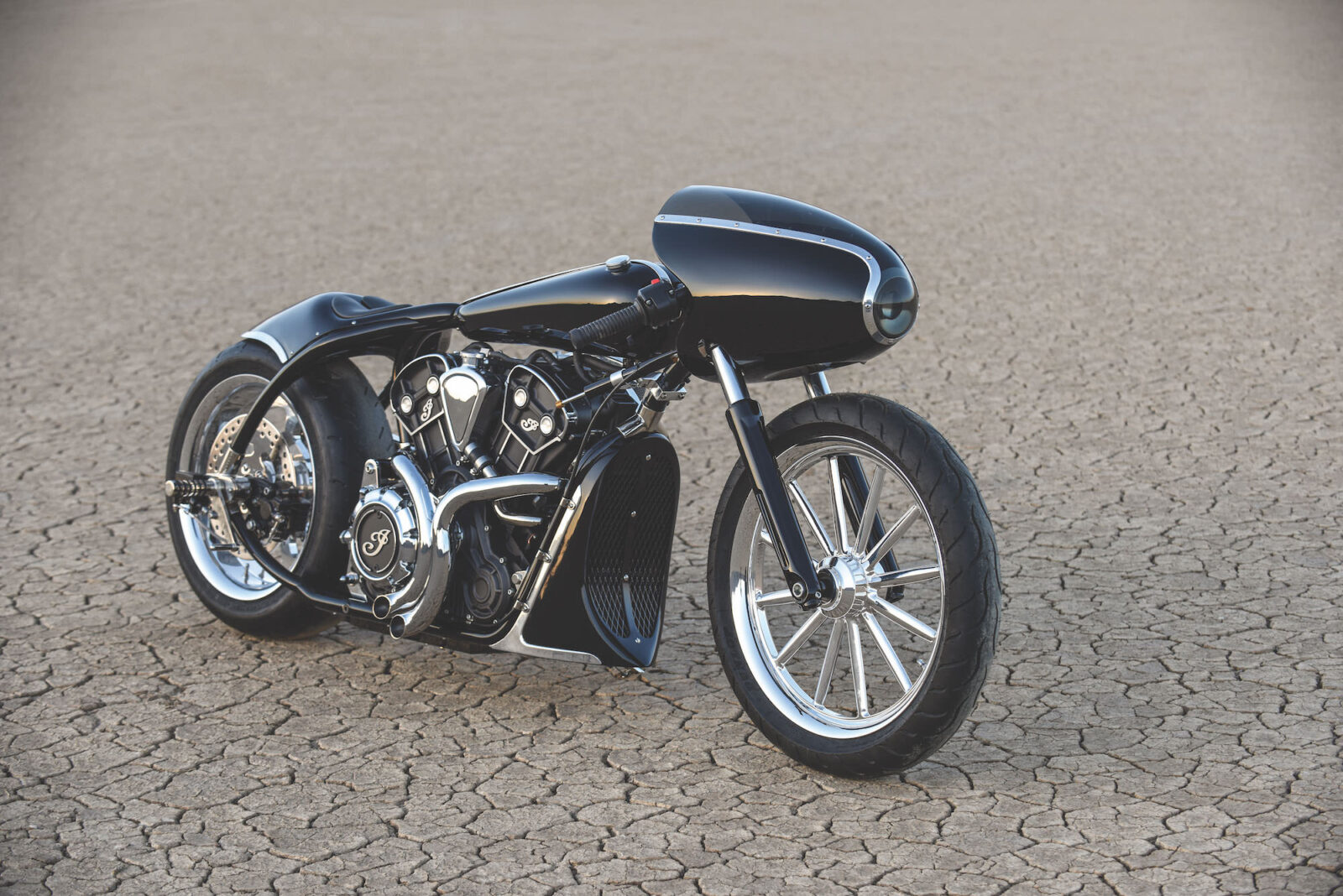 Indian released the new Scout earlier this year to much interest from the motorcycle community. It’s a smaller, lighter bike than the Chief and it’s powered by an all-new Indian V-twin. This new engine has been the focus of a lot of curiosity, it has a capacity of 1133cc, double overhead camshafts, fuel injection, liquid cooling, and it produces 100 hp and 72.2 ft lbs of torque in stock factory tune.

As a power unit, it has significant potential for use in custom motorcycle applications. In order to kickstart its adoption Indian sent a few of the V-twins to custom motorcycle builders in the United States with a blank order sheet – asking them to create whatever they wanted.

One of the builders who received an engine was Jeb Scolman, he’s the guy who built the beautiful Spirit of Munro last year, and he’s a bit of a land speed racer specialist.

He took the new V-twin and began building a lightweight, narrow frame around it with a strong focus on aerodynamics.

Scolman and his team developed a custom hardtail frame for the new bike, rear suspension will be a minimal concern on the sale flats after all.

A new intake manifold was developed to turn the throttle body sideways and allow for a slightly narrower front profile, and a bespoke headlight fairing was created to make it as slippery as possible. A slimline seat and rear cowling was created to match the front and the pegs were attached to the rear axle to allow the rider to stretch out and hunker down behind the dials.

Indian will be showing the bike at Sturgis and a few other locations, and they have said that they’ll be taking it to Bonneville to see what it’ll do – which is exactly what Burt would have wanted. If you’d like to see more about the new Indian Scout you can click here. 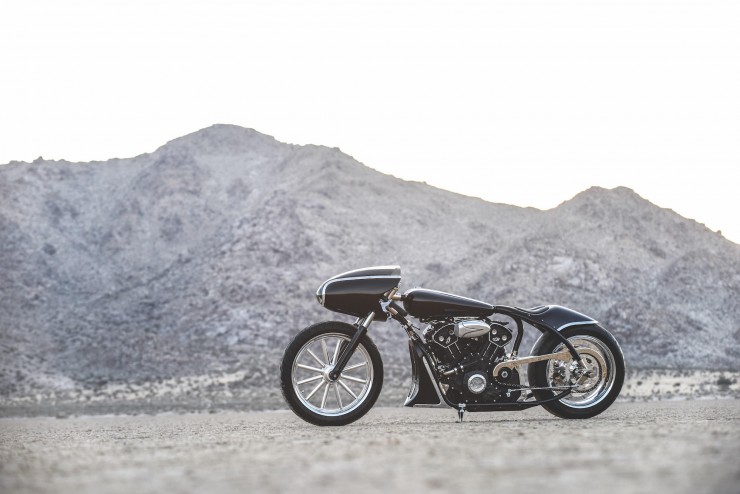 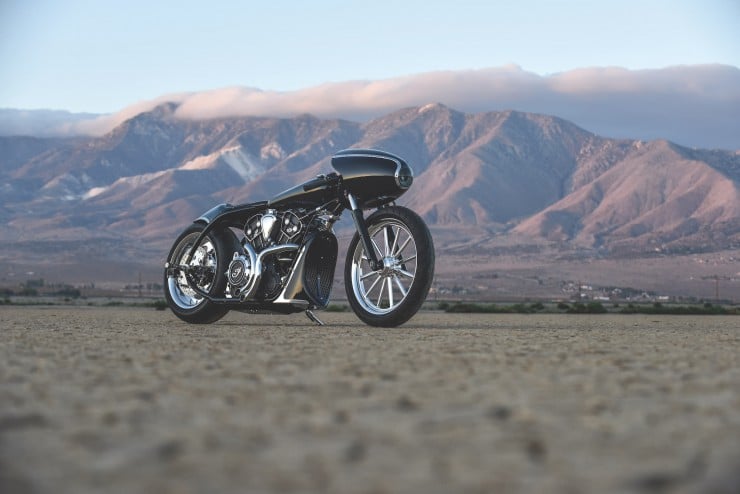 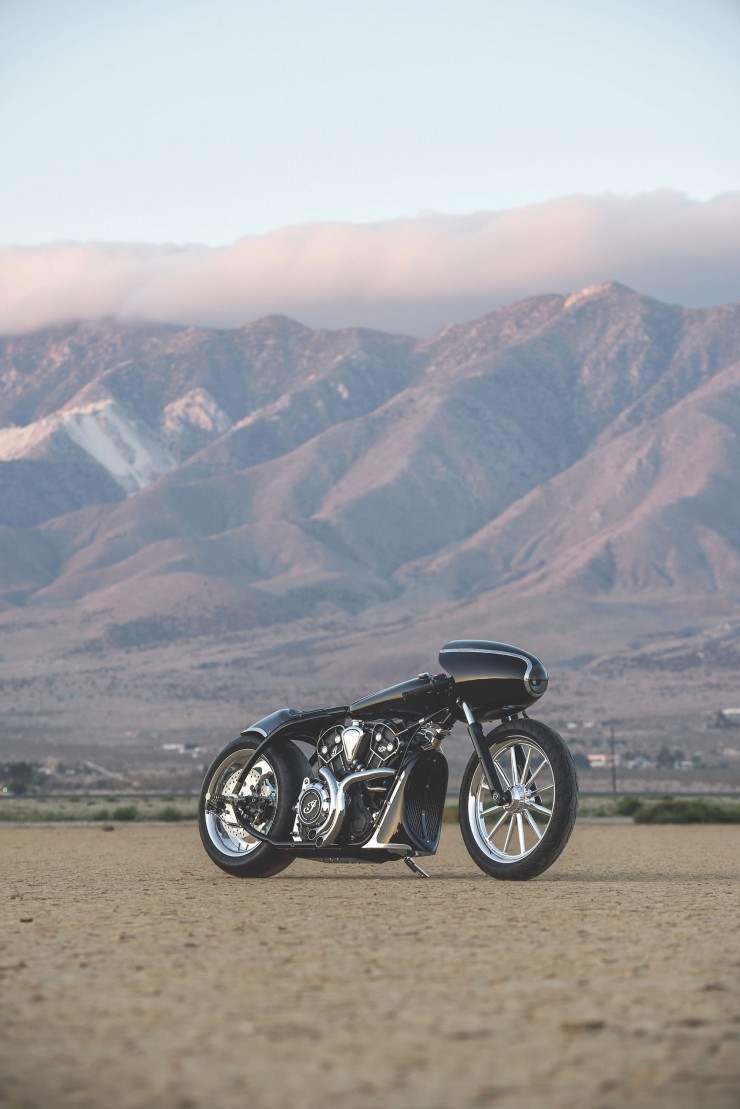 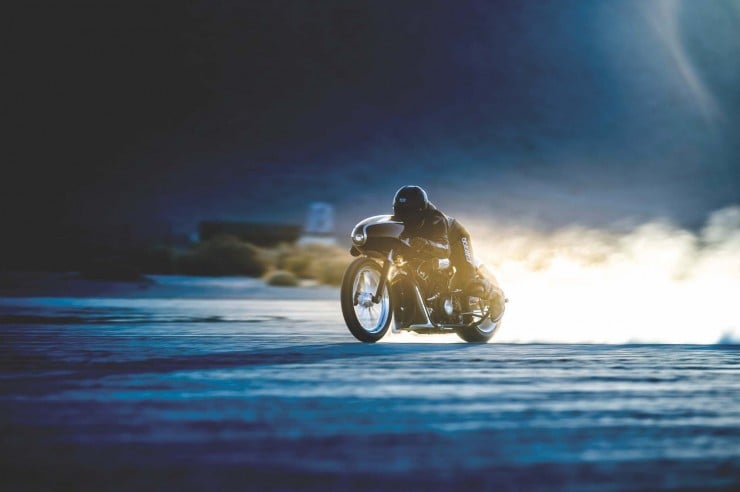 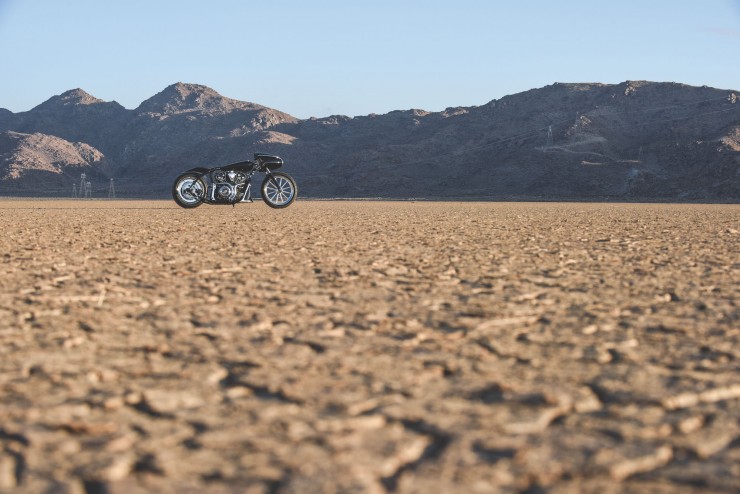 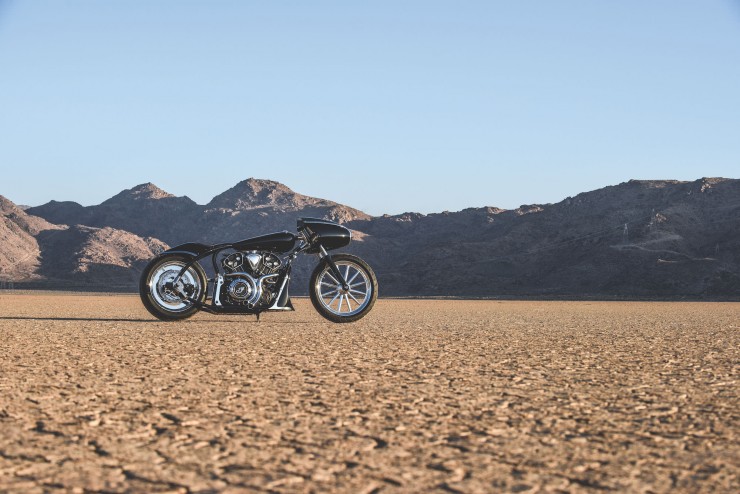 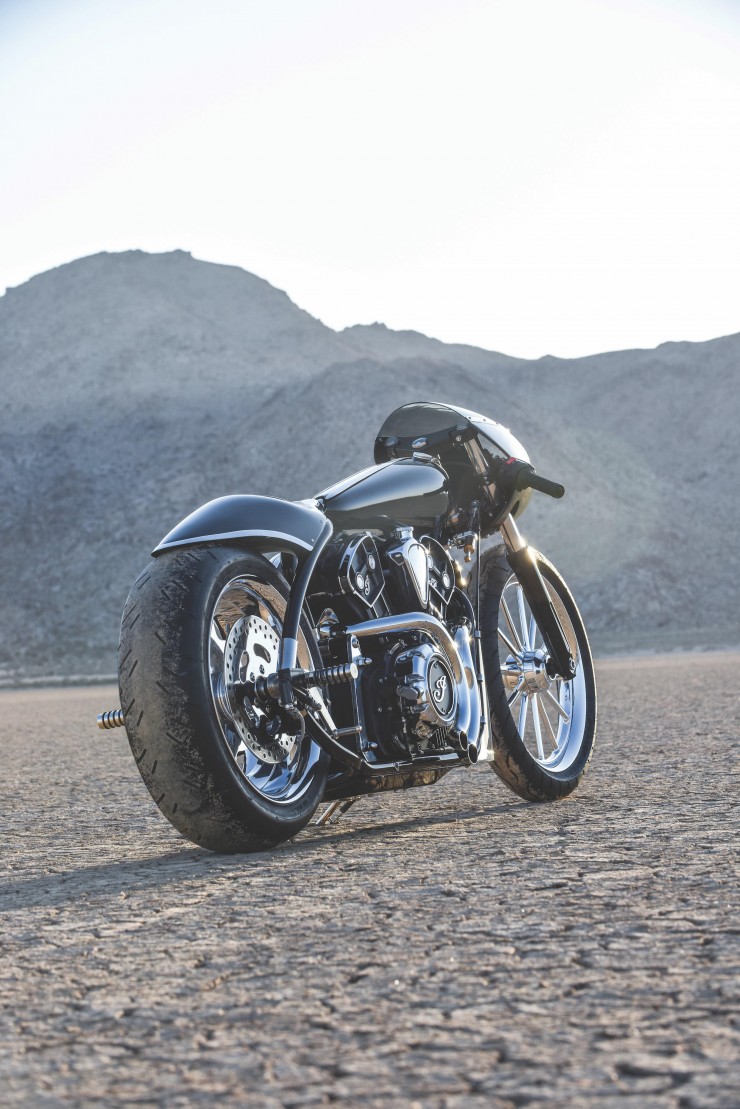 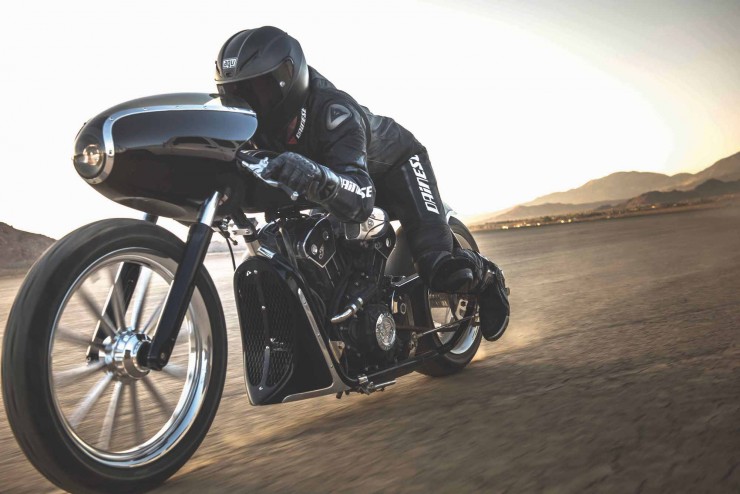 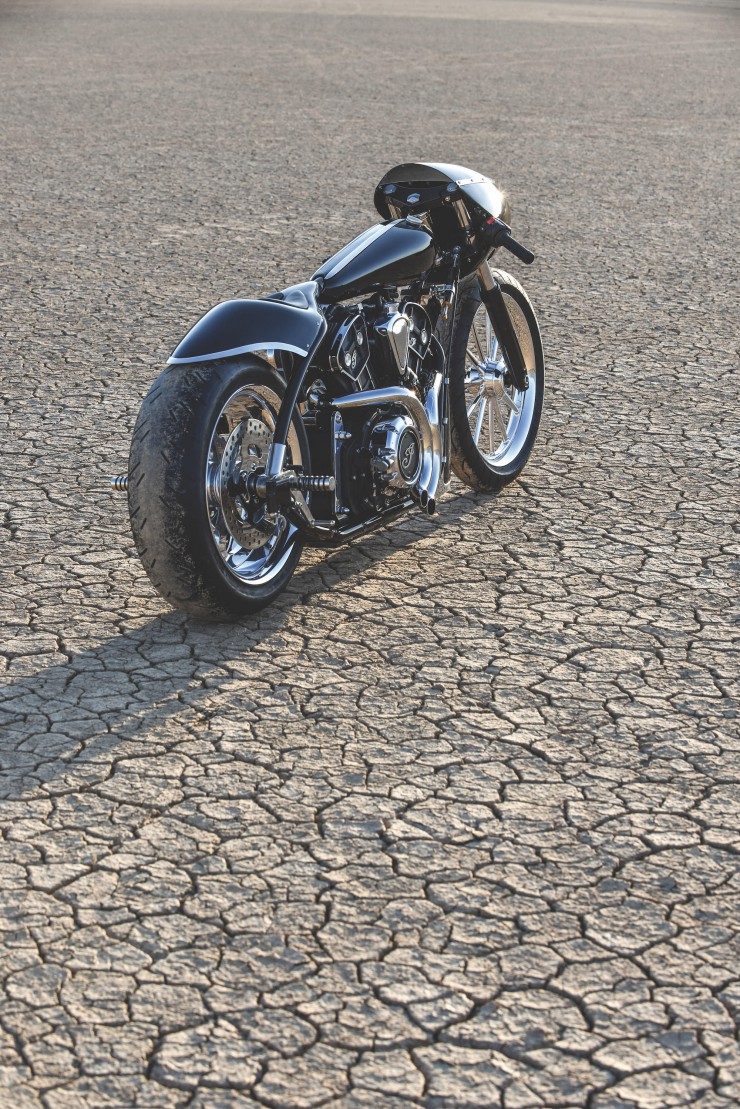 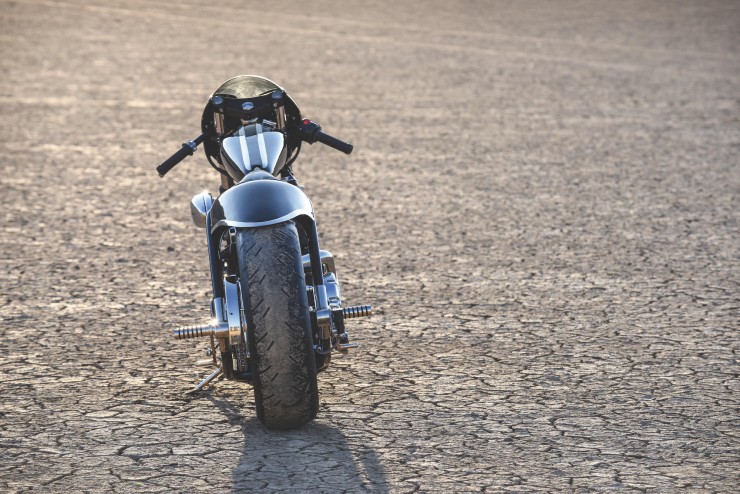 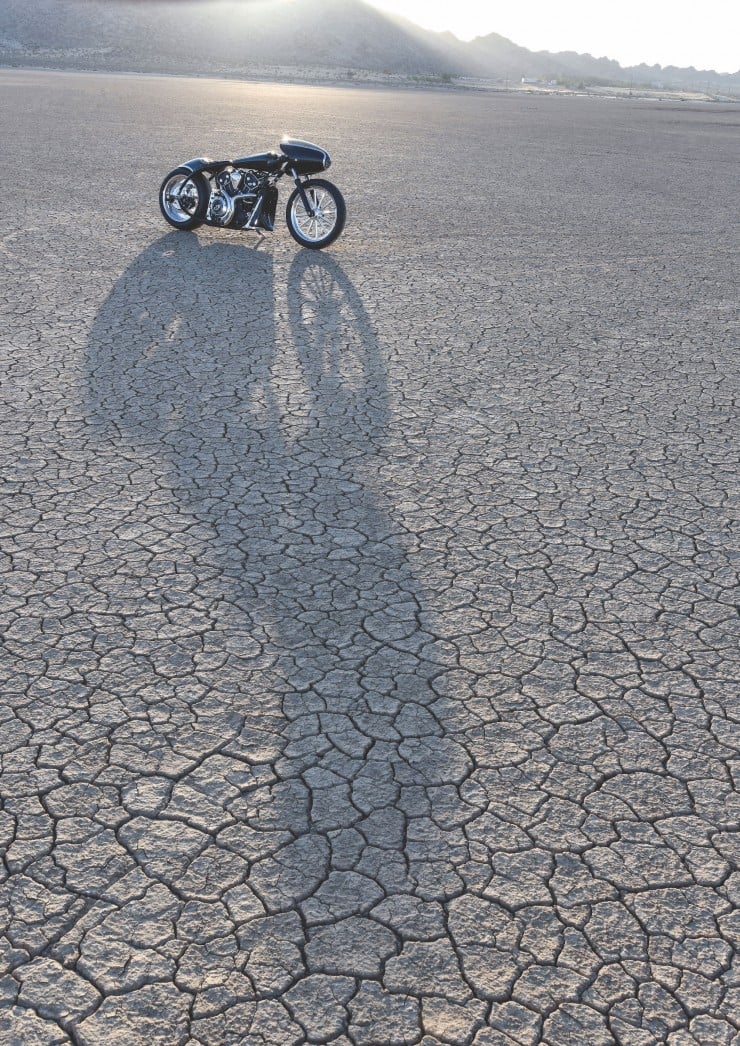 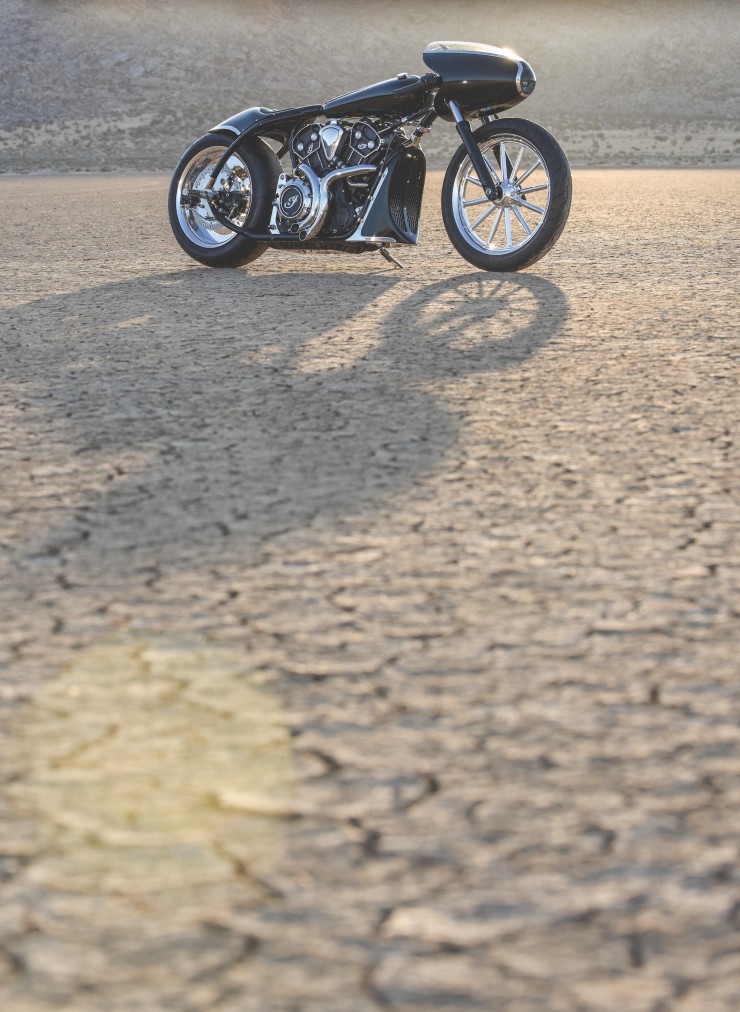 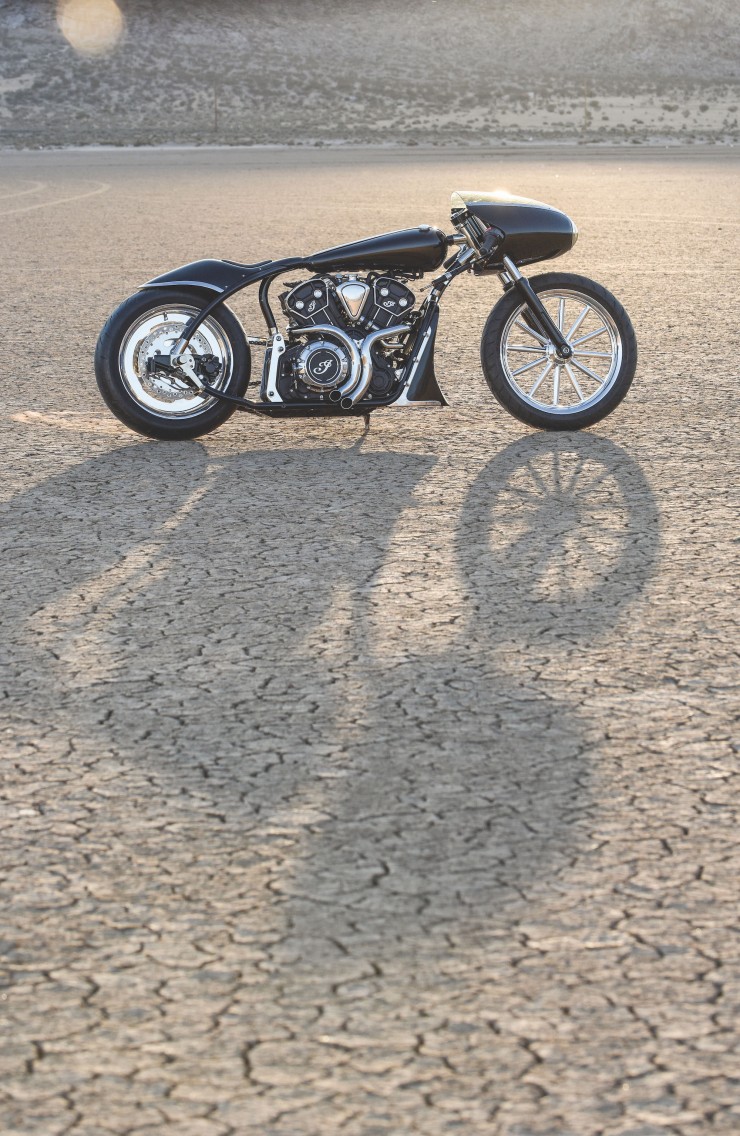 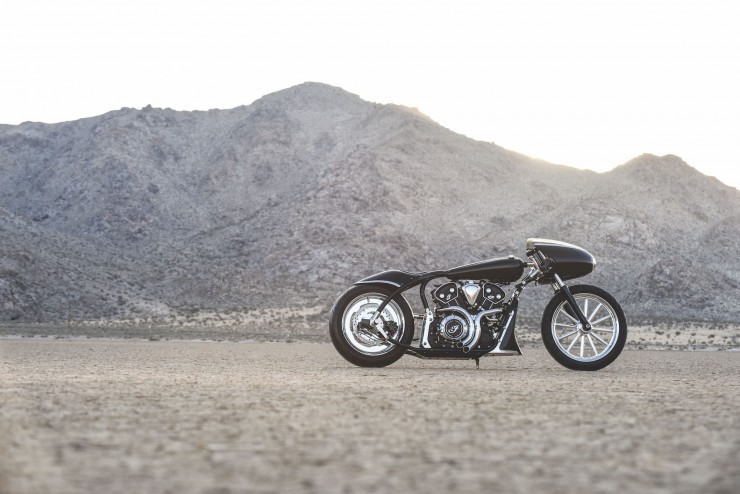 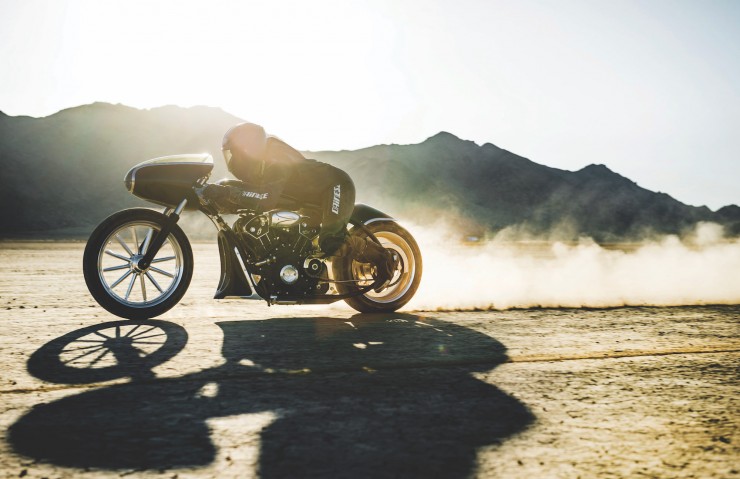 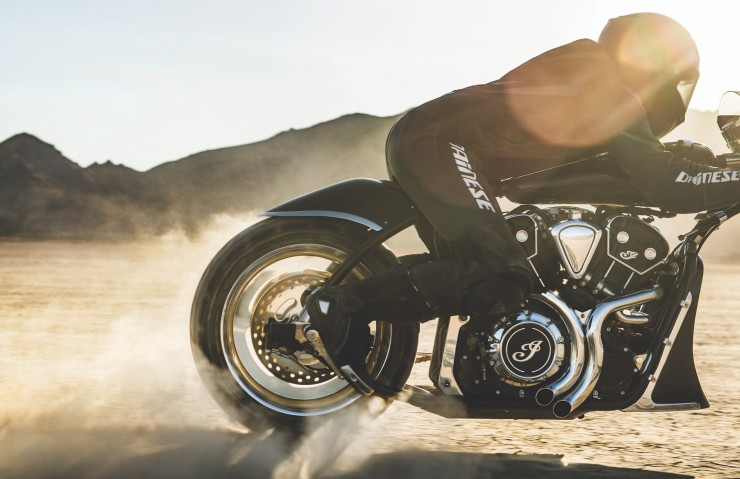 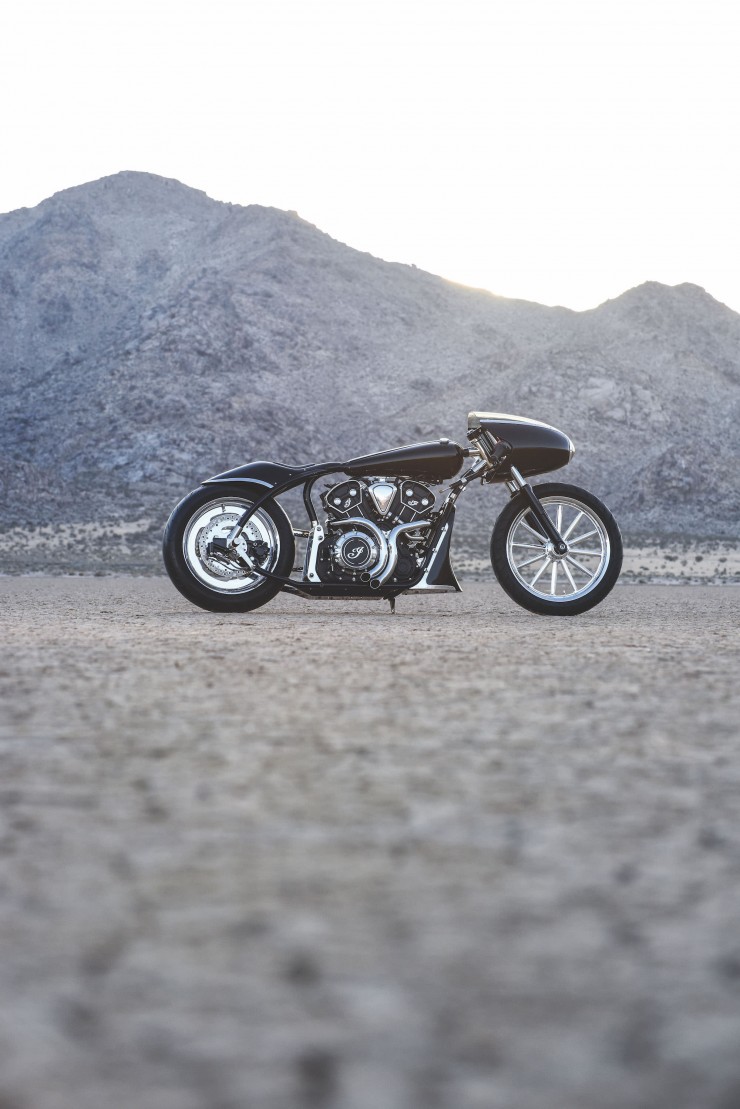 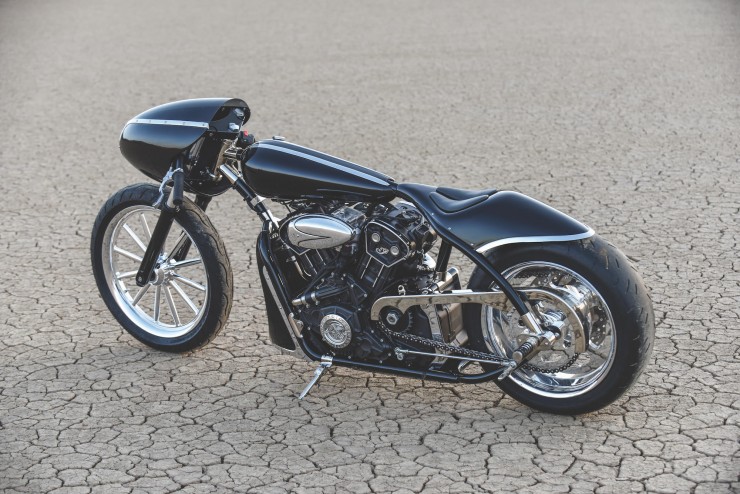 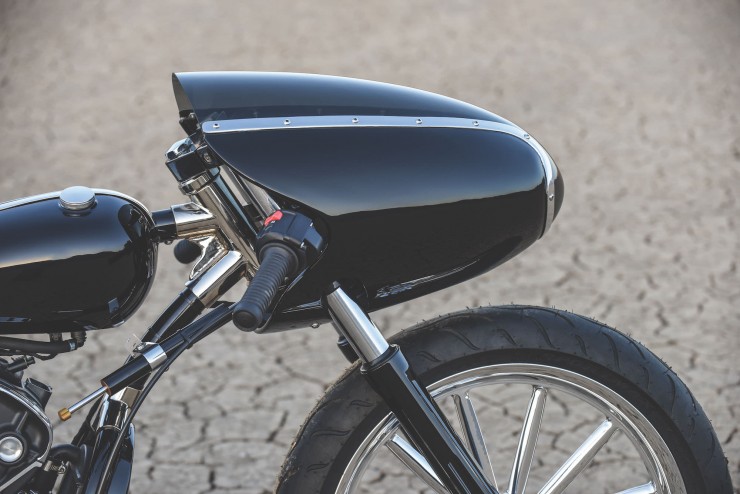 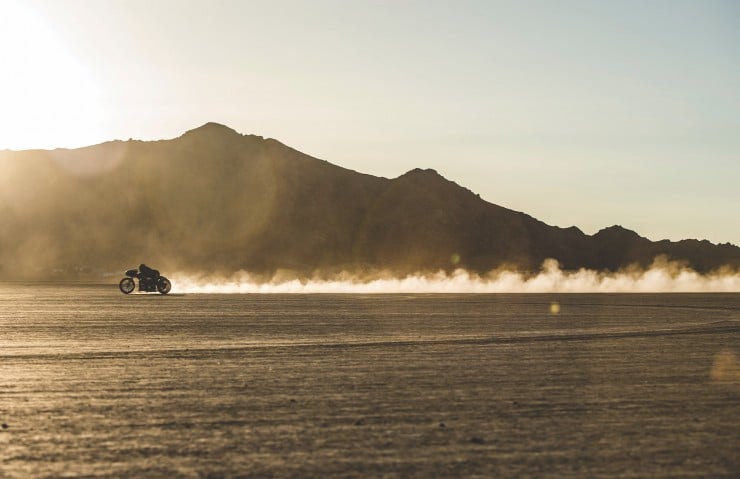 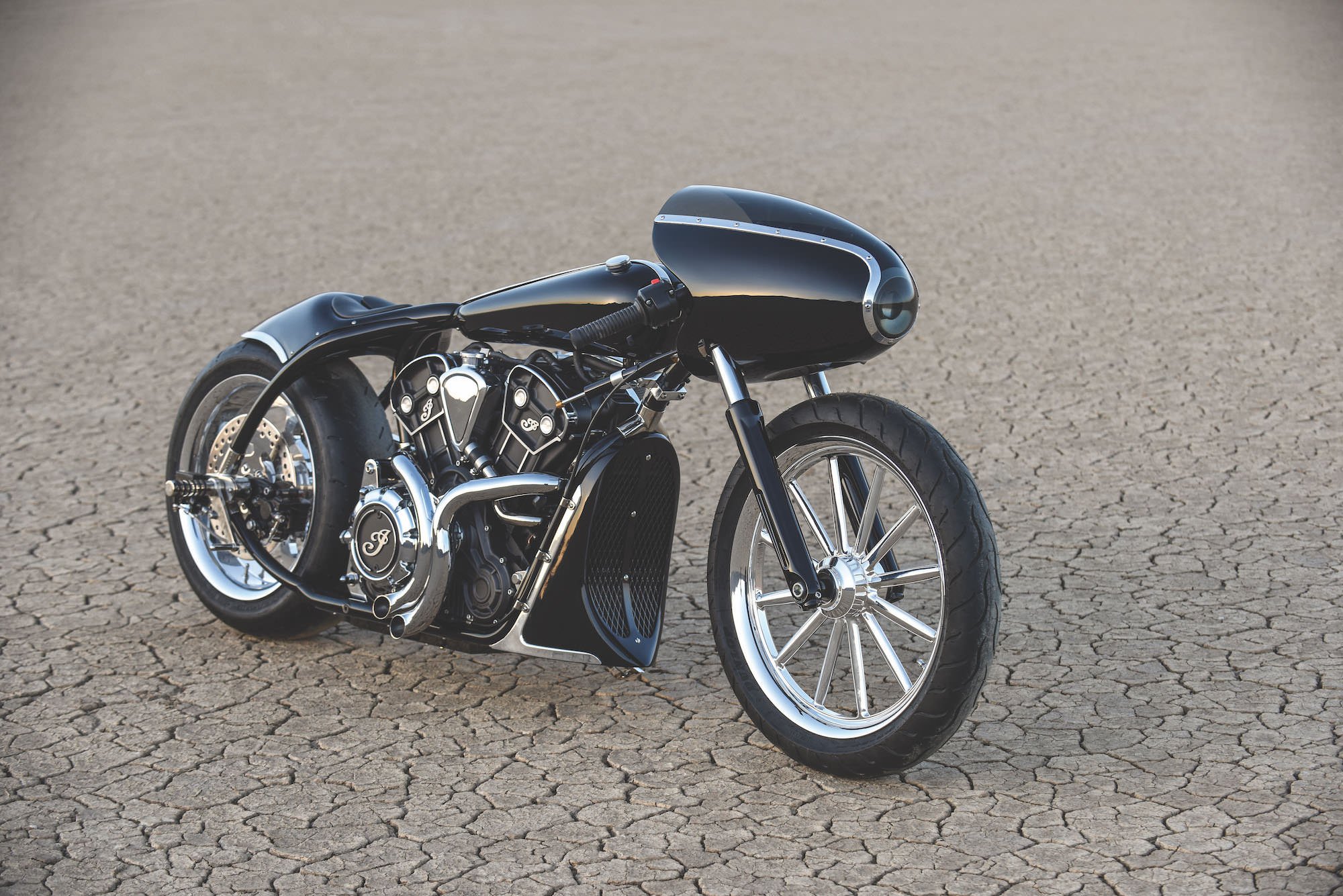