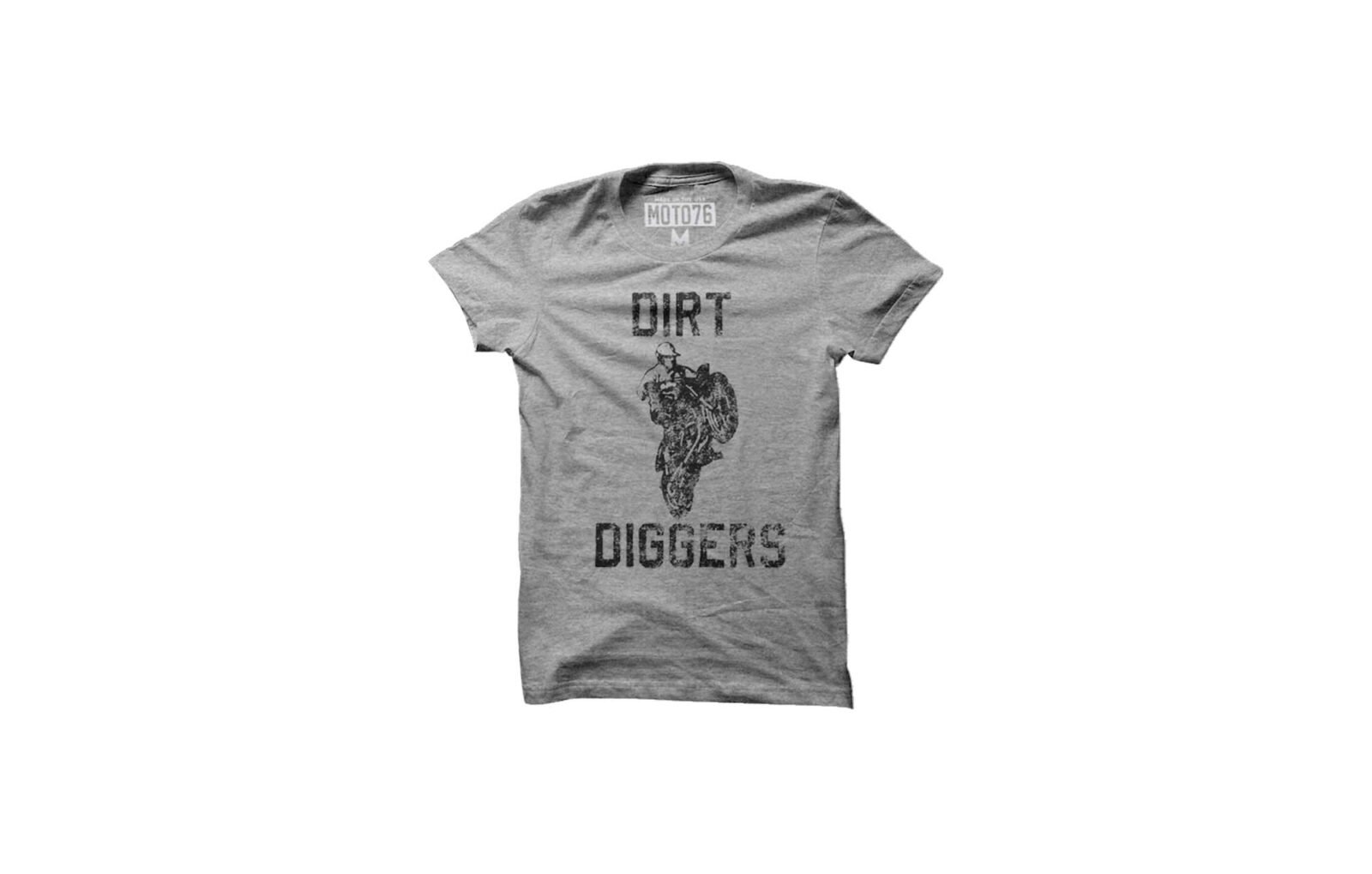 The Dirt Diggers t-shirt by Moto 76 is an homage to the desert racers who went by the same name in the years after WWII. They were originally made up of former military scout and despatch riders who had developed uncanny abilities to ride their bikes flat out across uneven terrain – probably because they were being shot at.

Each of these tees are silkscreened by hand in the USA onto a breathable cotton, and they’re produced in very limited qualities – so you’re very unlikely to see anyone else wearing one. 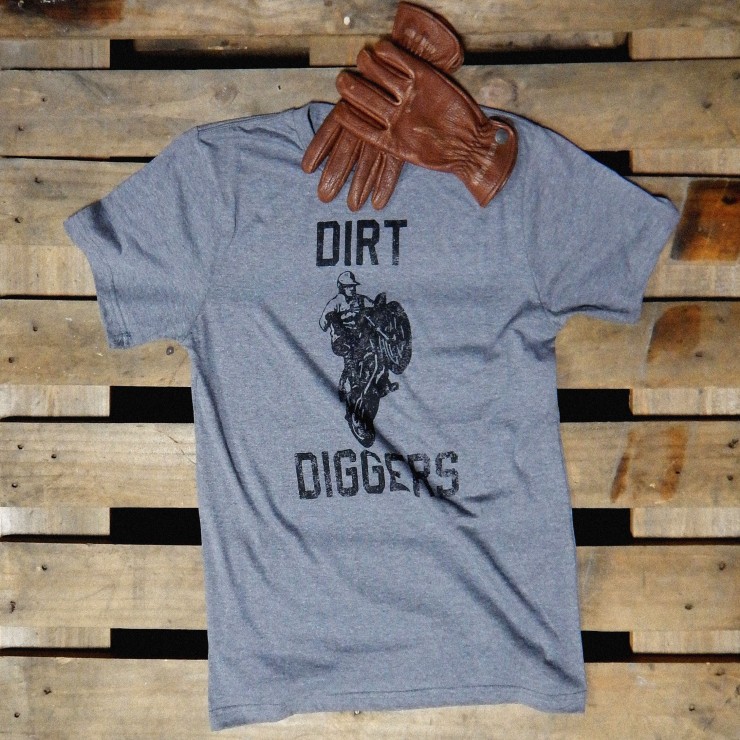 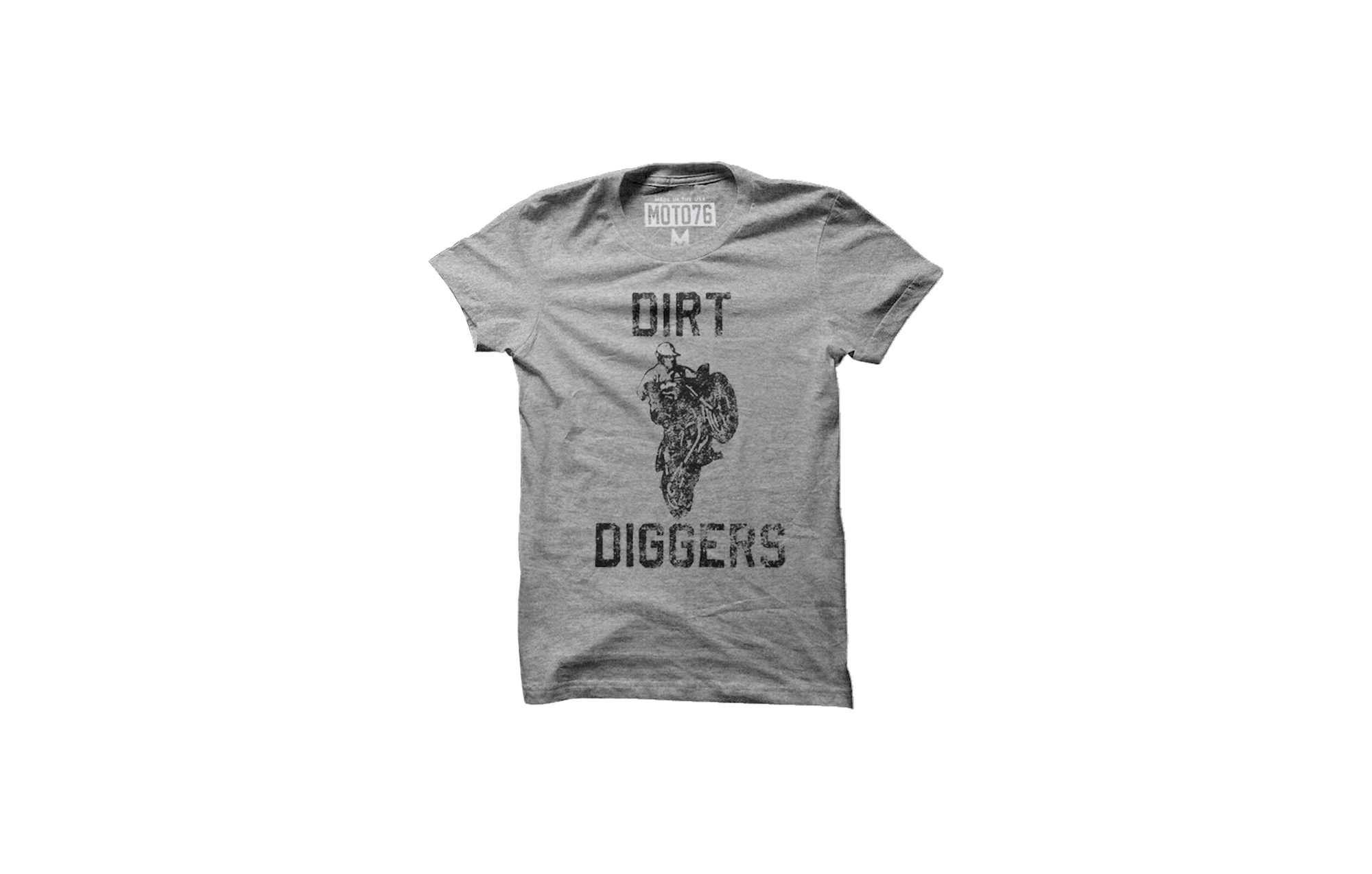