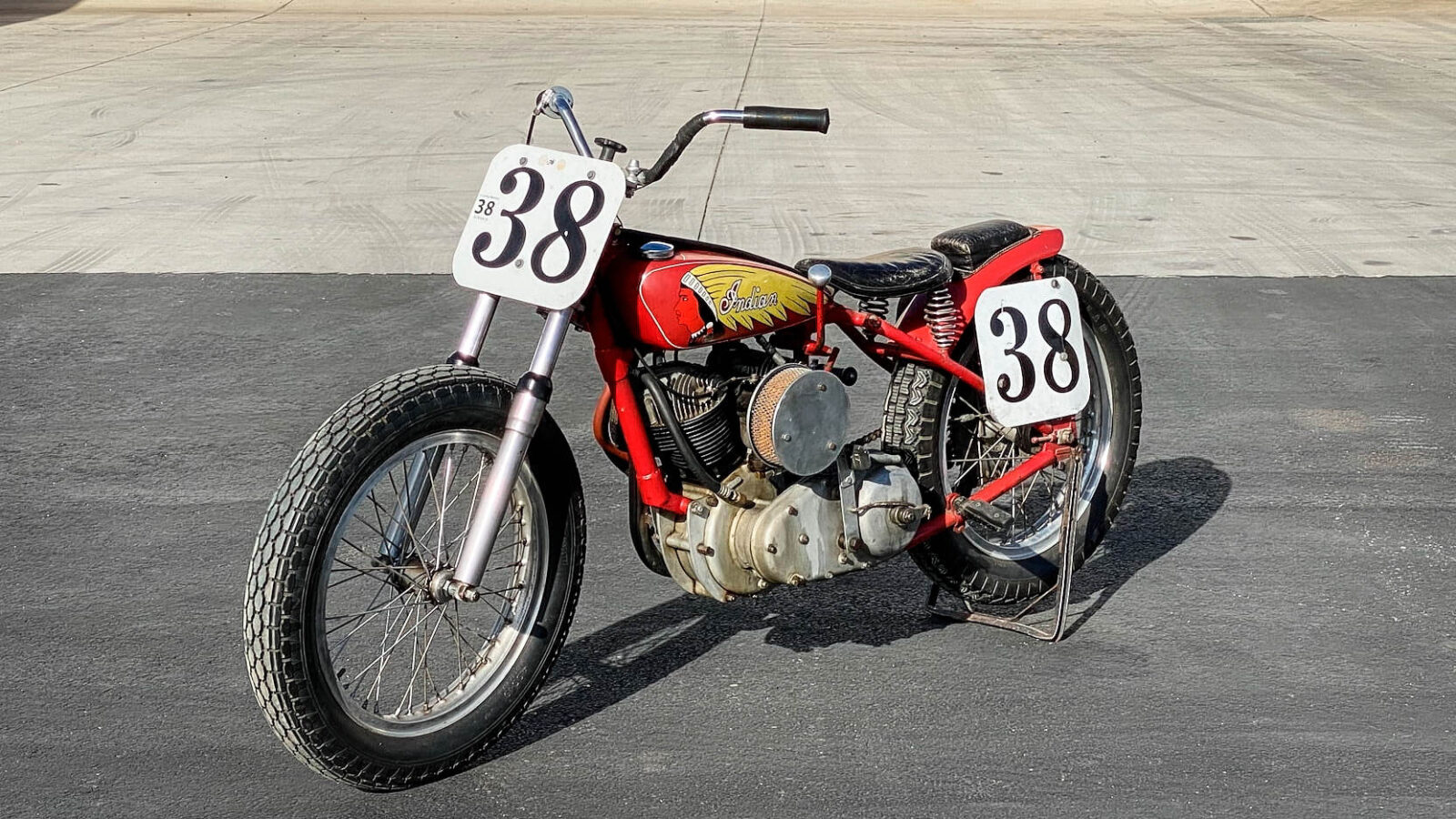 This is a rare 1942 Indian Big Base Scout racer, it’s thought that just seven of these were built for this model year and all of them were technically illegal.

The skunk works division at Indian had developed this motorcycle as a racer that would slip under the radar into the AMA Class C division even though it didn’t actually qualify – engineers at Harley-Davidson were doing the same thing so no one complained and it all stayed hush hush.

The AMA had created Class C racing in 1934, right in the midst of the Great Depression, to revive affordable racing. Motorcycles that were entered had to be based on production models, outlawing highly-engineered factory racing specials.

Class C helped to bring back successful privateer racers – people could buy mass-production motorcycles and race them against the big teams with a real chance of success. Of course, the positive press and increased sales that accompanied major wins meant that the major manufacturers were never going to leave it all in the hands of privateer racers. 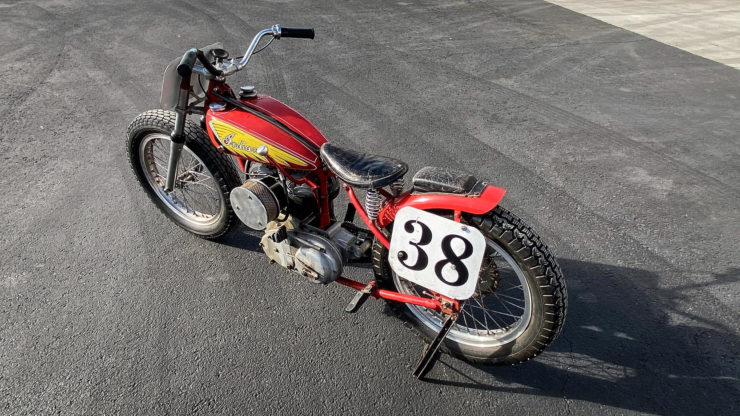 We now know that Indian had built five special sandcast Bonneville Sport Scout engines in 1939 that outwardly looked identical to the standard production engine. The only give away was a triangular mini-sump at the rear of the crankcase, but this was well-hidden when the engine was installed into the frame.

Although on the outside they looked standard issue, on the inside it was a whole other matter all together. Each of these engines had been painstakingly built using every ounce of knowledge possessed by the racing engineers to wring out every last ounce of horsepower.

These engines had enlarged valves and high-performance camshafts, the ports were ported and polished to within an inch of their lives, ball bearings were used on both the drive and timing side of the shaft, and only the finest hand-made parts were used.

When compared to the standard Sport Scout engine the high-performance variants were far more capable, and truth be told a privateer on a stock bike didn’t stand much of a chance. 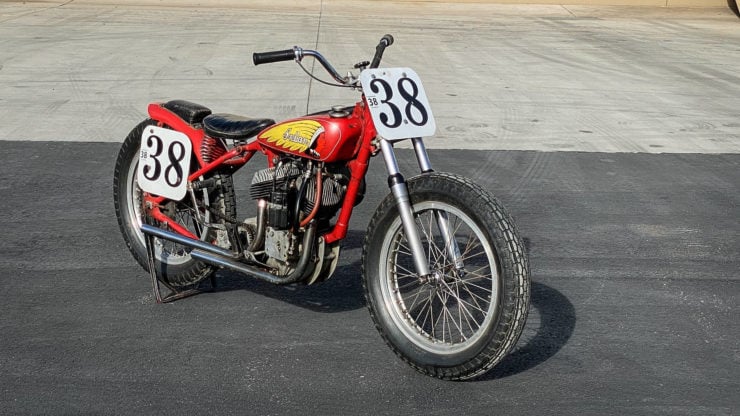 It’s known that both Indian and Harley-Davidson were running these illegal engines, and nowadays the surviving examples are much sought after by collectors.

The motorcycle you see here carries the serial number FDB 381 – “FDB” is factory speak for “Scout-4-2”, meaning it’s a 1942 Scout. The “381” part references the indended rider’s racing number of 38, and one would assume, the hoped for finishing position.

The rider this motorcycle was intended for was none other than Ed “Iron Man” Kretz, perhaps best known for winning the first Daytona 200 race in 1937 – riding an Indian Sport Scout.

Kretz is remembered today as a dominant rider from the 1930s and 1940s who would often win multiple races during a single weekend. During WWII he also trained new recruits how to ride and maintain Indian motorcycles. 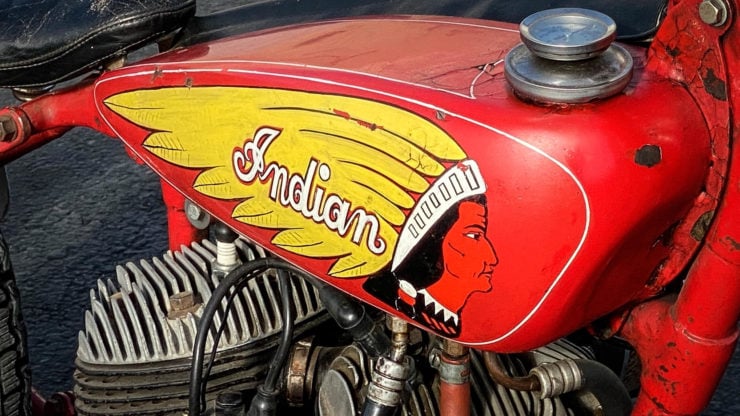 It’s known that Kretz kept this motorcycle until 1952 when he sold it on, likely as it was no longer competitive by this time. The bike passed through a few hands before ending up Pate Killian who was good friends with Kenny Howard, better known now as Von Dutch.

Von Dutch would paint this motorcycle three times, and it still carries the third and final paint scheme to this day, adding significantly to its value.

The Indian is due to cross the auction block with Mecum in late January, if you’d like to read more about it or register to bid you can click here to visit the listing. 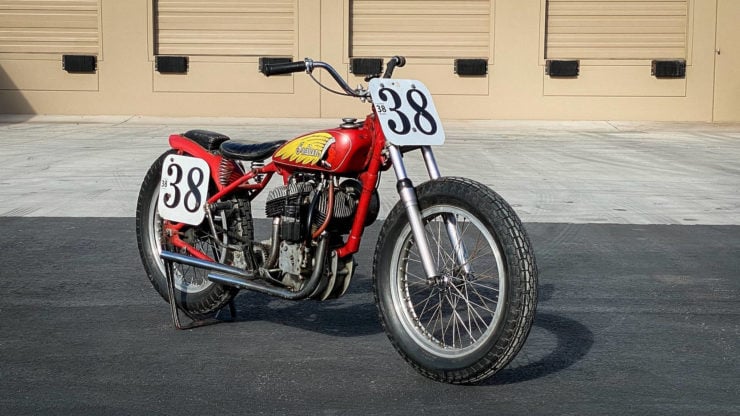 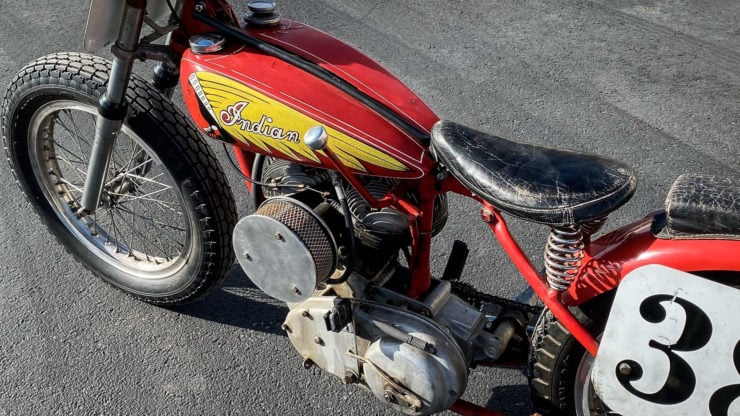 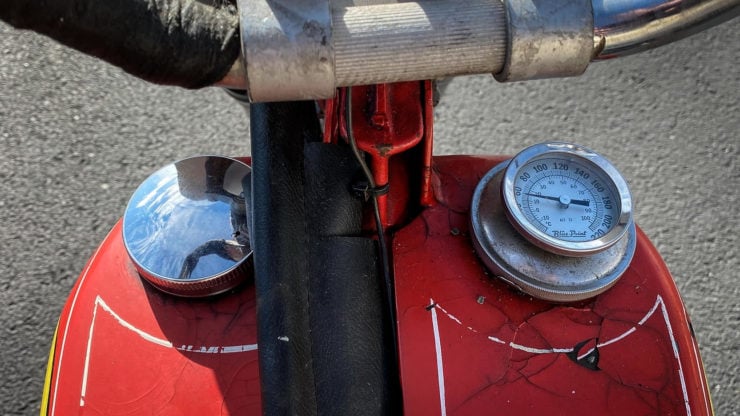 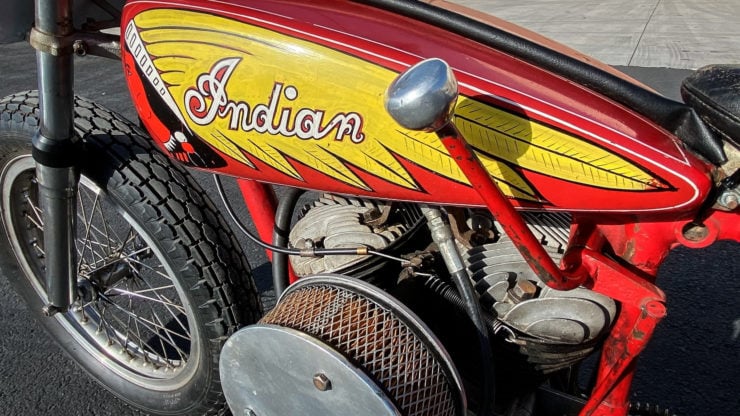 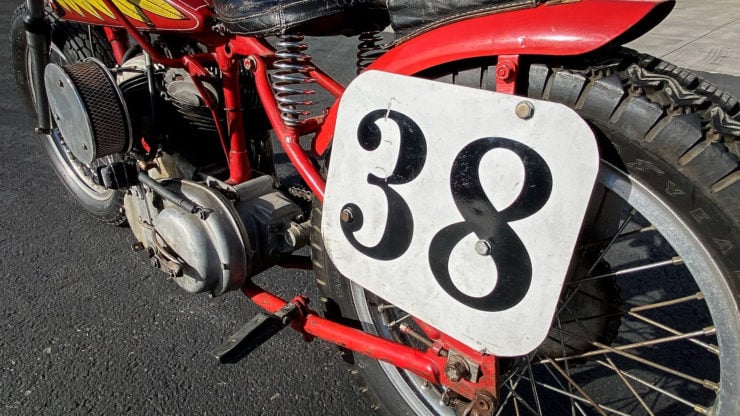 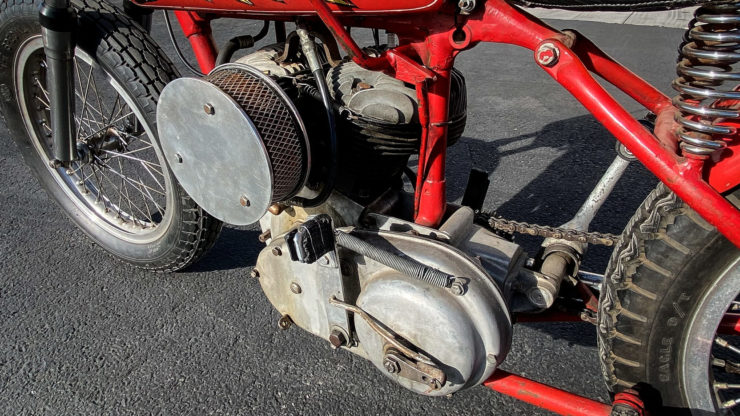 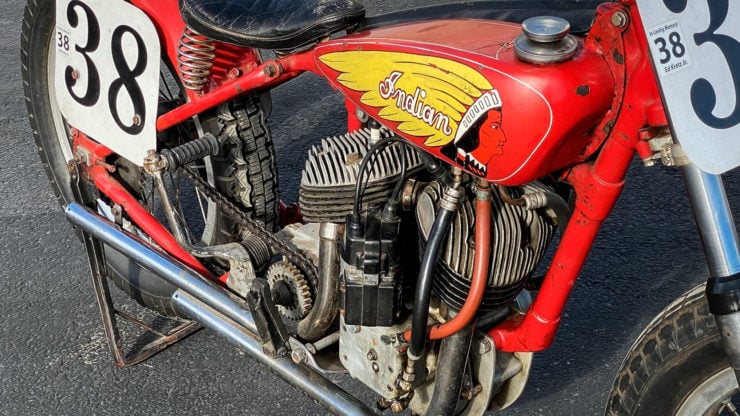 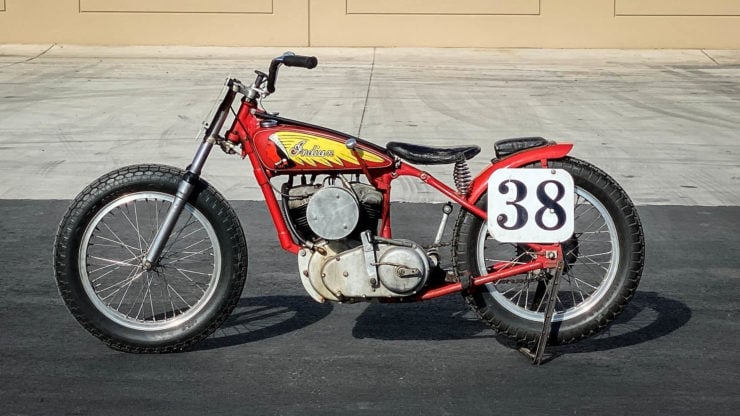