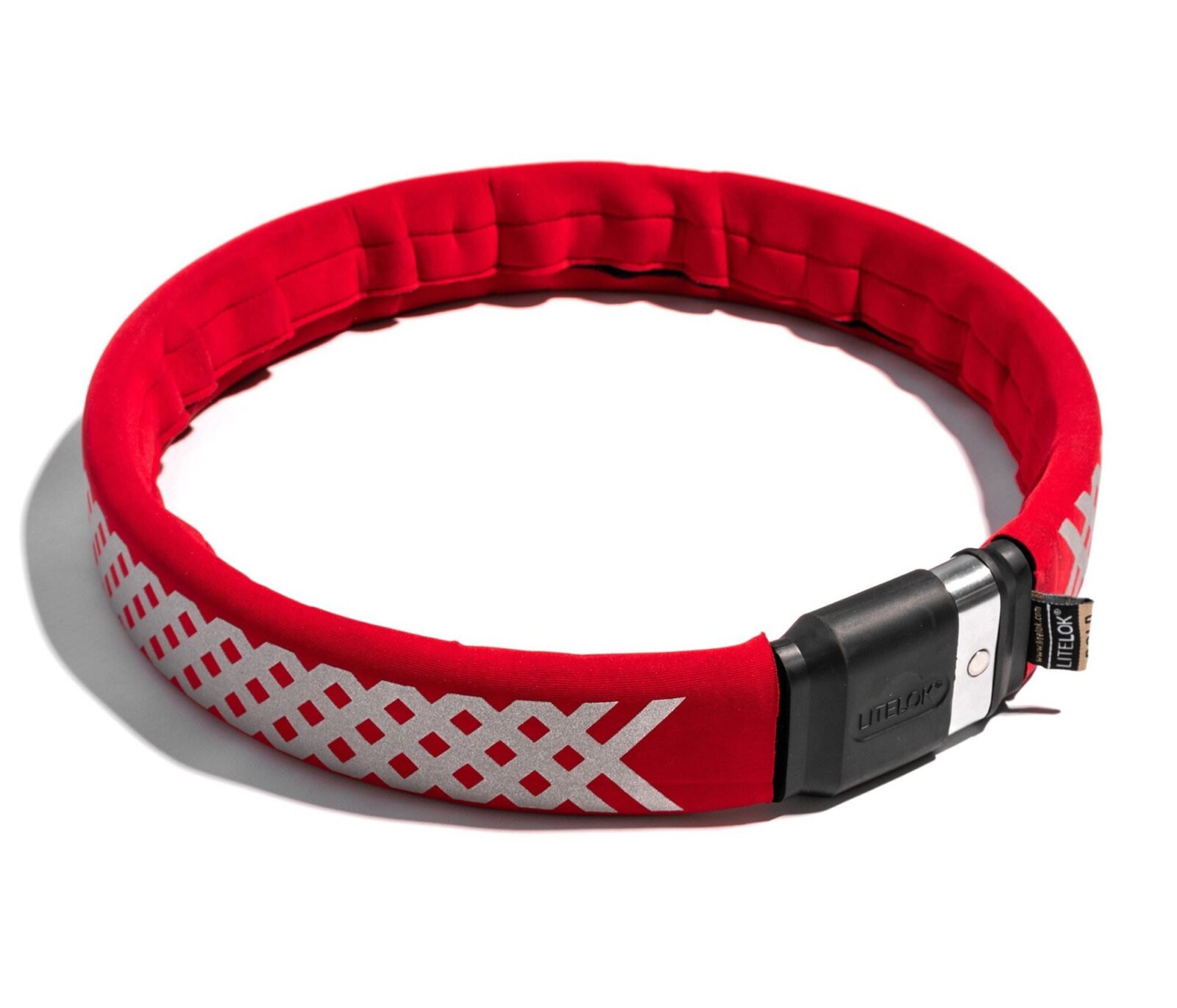 The Litelok Moto 108 was developed by a former Rolls-Royce aeronautical engineer with over 30 years of industrial design experience to solve one key problem – how do you keep your bike secure in a world filled with increasingly brazen thieves.

Countries like Britain have faced a surge in motorcycle theft in recent years, bikes can be stolen in a matter of seconds by loading them into the back of a van, and once they’re stolen they typically either get parted out or sold in another country with forged documents.

Combatting this kind of theft as a motorcycle owner can be difficult, even if you have a locked garage at home you may not have one at work or at other locations you ride to. Disc locks can stop the bike being rolled but they don’t stop it being carried, and chains can be both difficult and heavy to carry. 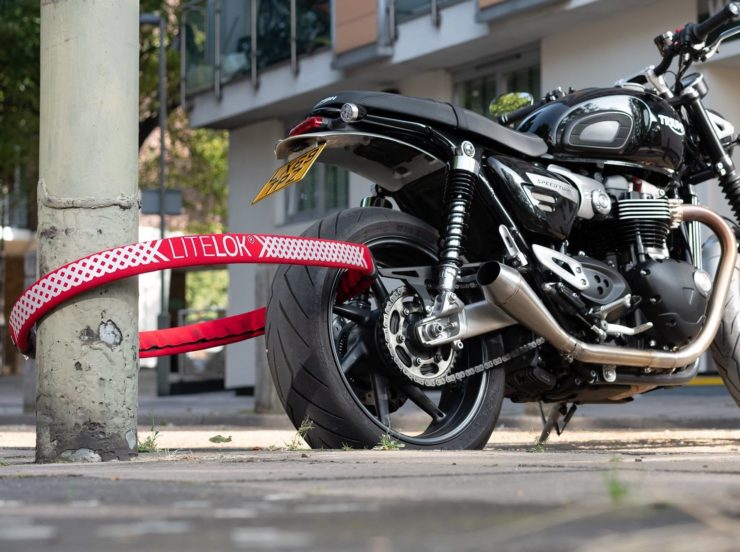 The team at Litelok developed the Moto 108 to solve as many of these issues as possible. The casing is made of drill resistant hardened alloy steel, with marine grade stainless steel rivets. The strap is made from a composite material called Boaflexicore, which contains a high tensile alloy and polymer matrix that is highly resistant to sustained attack from common theft tools like bolt cutters, crowbars, and hacksaws. 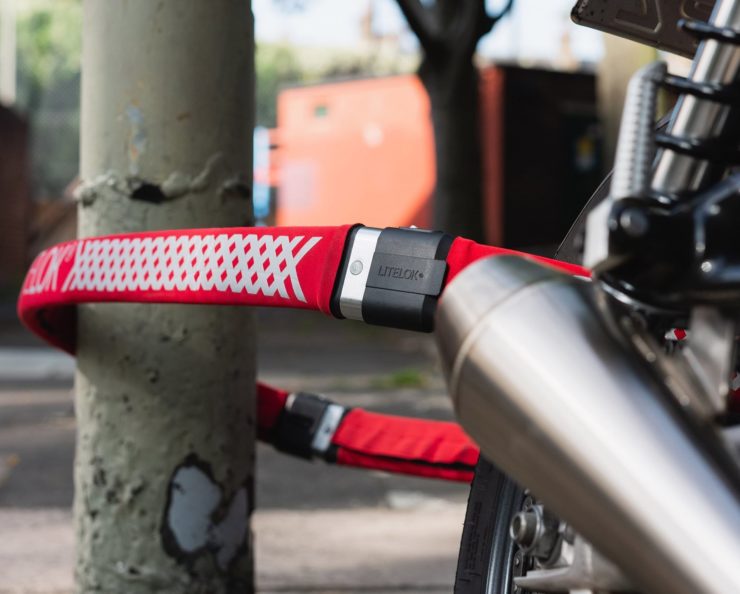 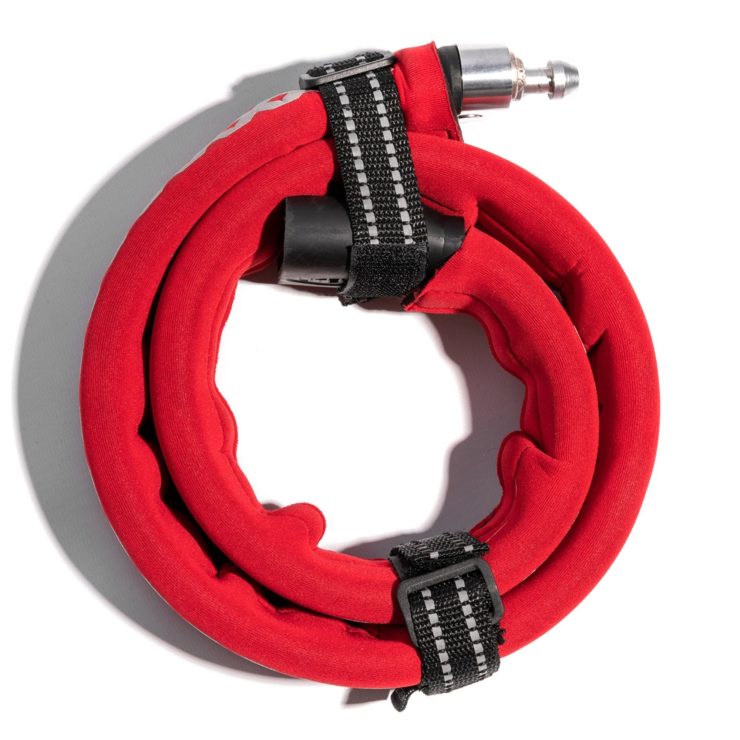 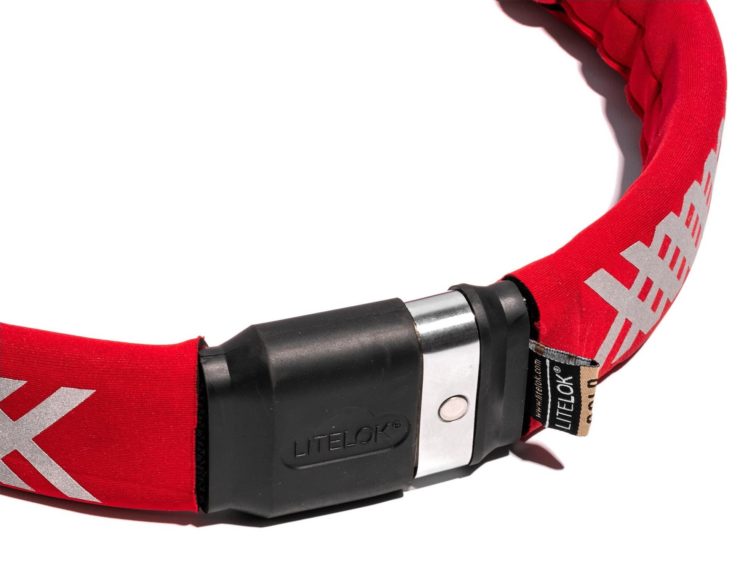 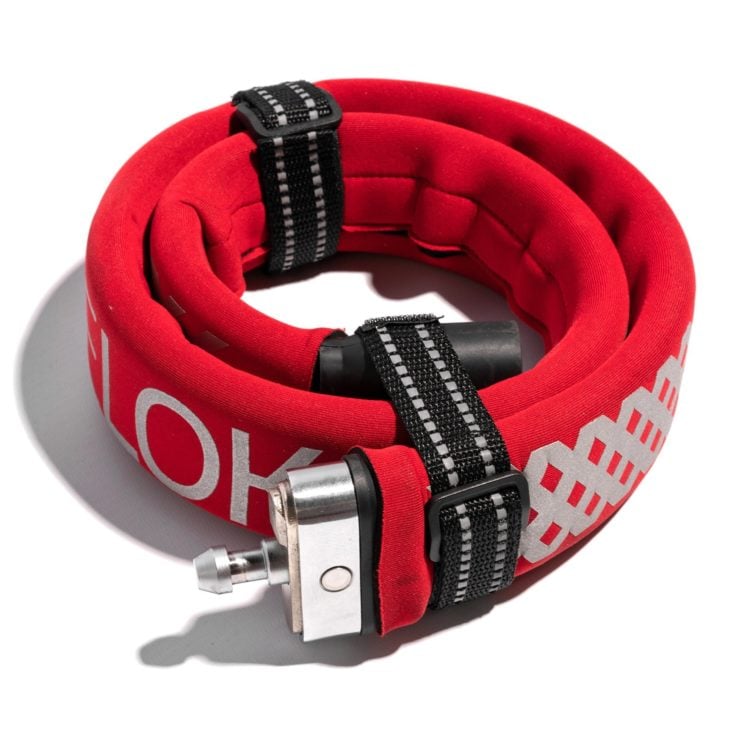 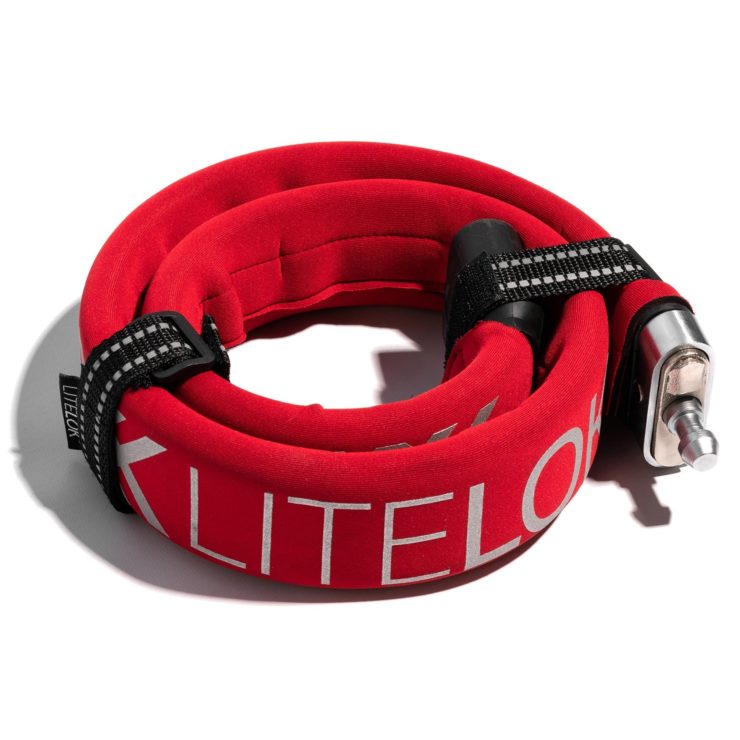 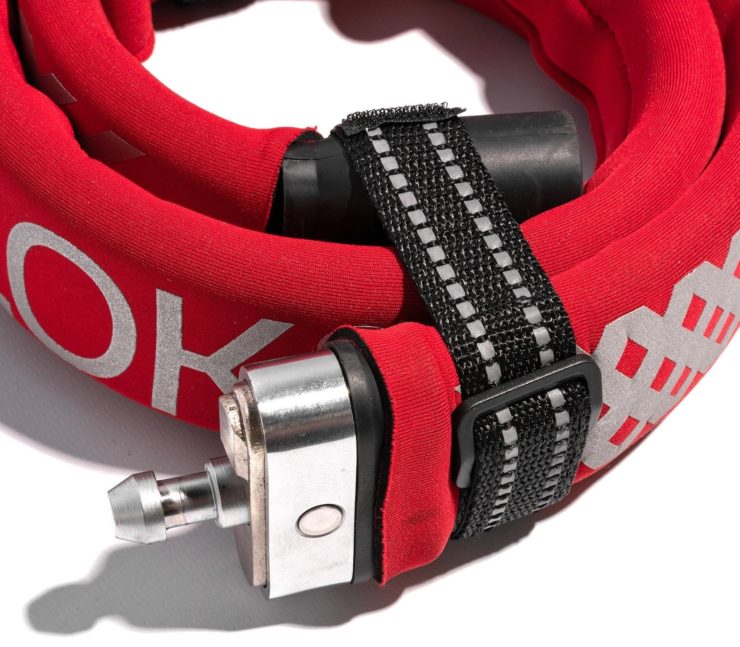