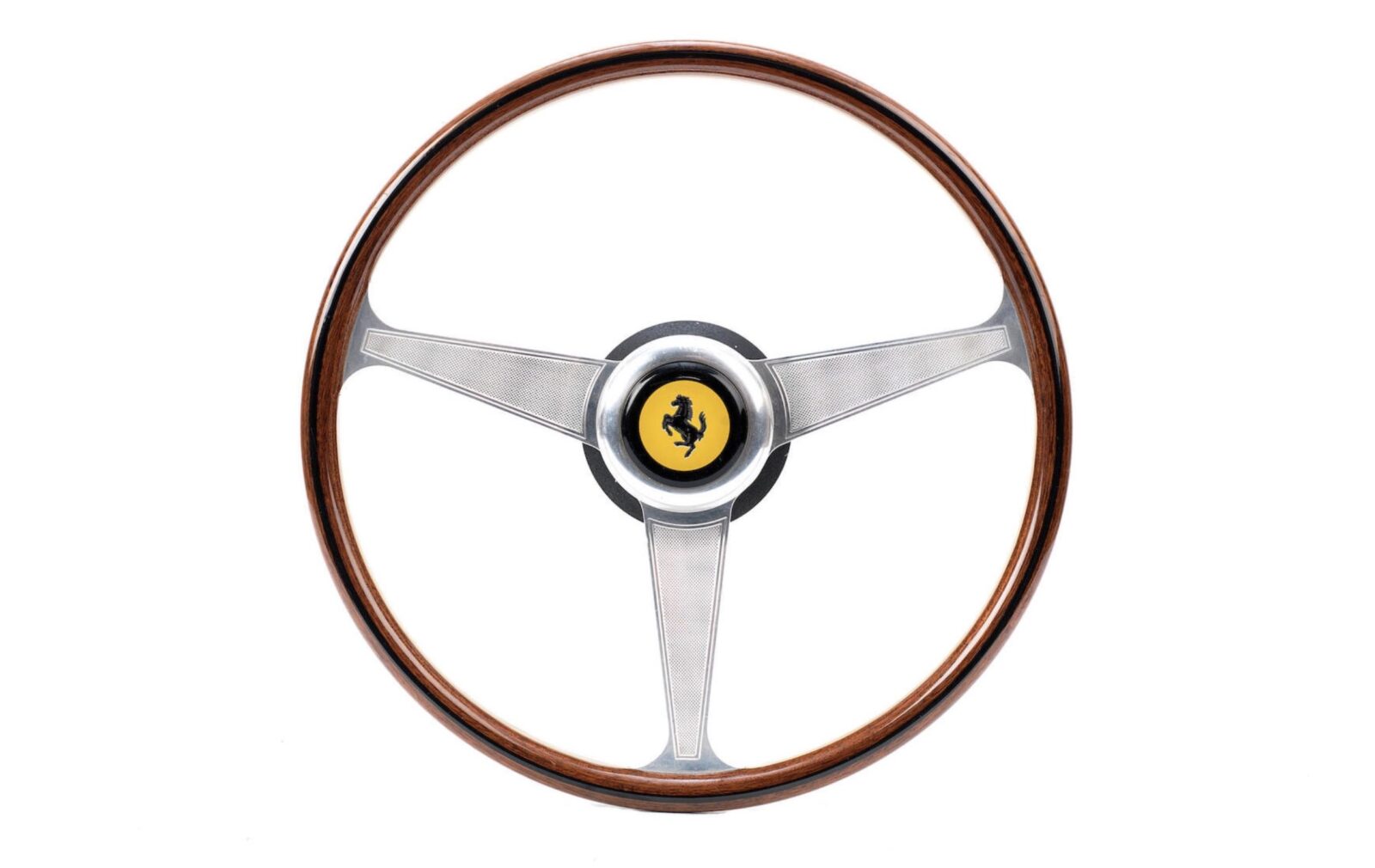 The wheel will probably be bought by one of two people: either someone who needs a replacement steering wheel for their Ferrari Daytona or someone who wants to mount it to their wall or place it on a shelf as a display piece.

Nardi steering wheels are among the most famous steering wheels in the world of classic automobiles, alongside their longtime rivals Moto-Lita from Britain. Nardi was founded by Enrico Nardi – a highly regarded racing driver in the 1930s and 1940s who competed around Europe including in the Mille Miglia. 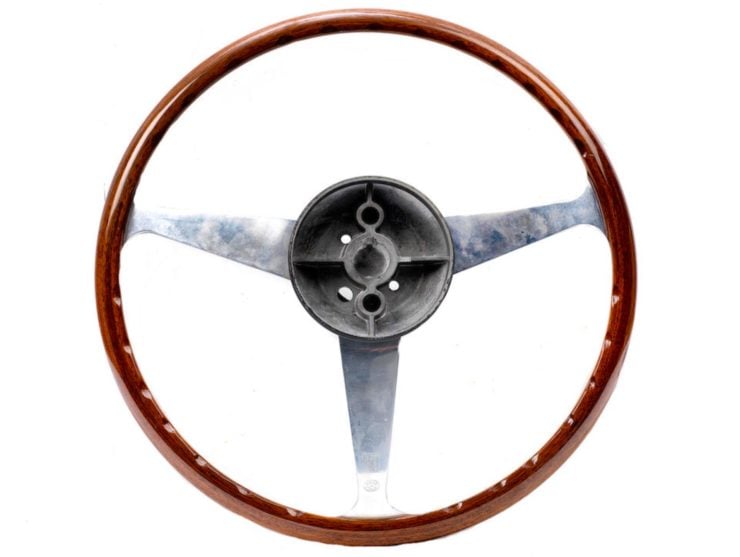 He worked with many of the true greats of the Italian automobile industry during his life including Enzo Ferrari and Gianni Lancia. Enrico Nardi enjoyed a good relationship with Enzo Ferrari, having been the company’s first test driver, and when he began manufacturing steering wheels they were used by Enzo in his road cars for many years – a testament to their quality.

This steering wheel measures in at 38cm in diameter (outside diameter), it has the horn-push centre button and it’s fixed to a cast alloy boss.

The wheel itself is of an alloy-three piece design with a wood wheel that has finger grooves on the rear. If you’d like to read more about it or register to bid you can click here to visit the listing on Bonhams.