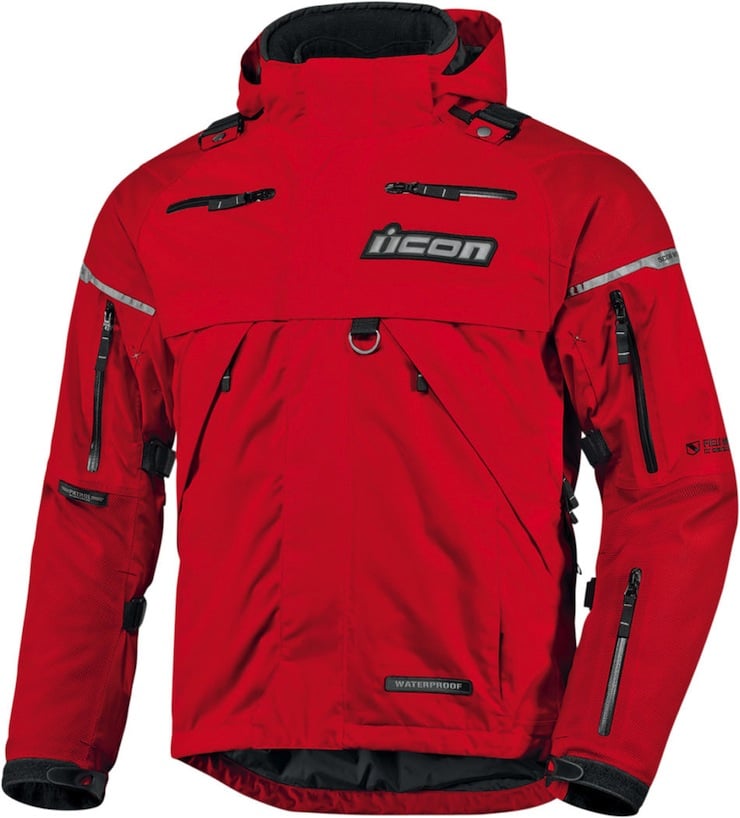 The Patrol Waterproof Jacket by Icon is a fairly comprehensive solution to riding in everything from moderately unpleasant to severely anti-social weather. The jacket is fully kitted out with CE approved elbow and shoulder armour, it’s fitted with YKK waterproof zippers, an abrasion resistant nylon outer layer and an optional external hydration pocket that can hold a 1.5 litre water-pack. 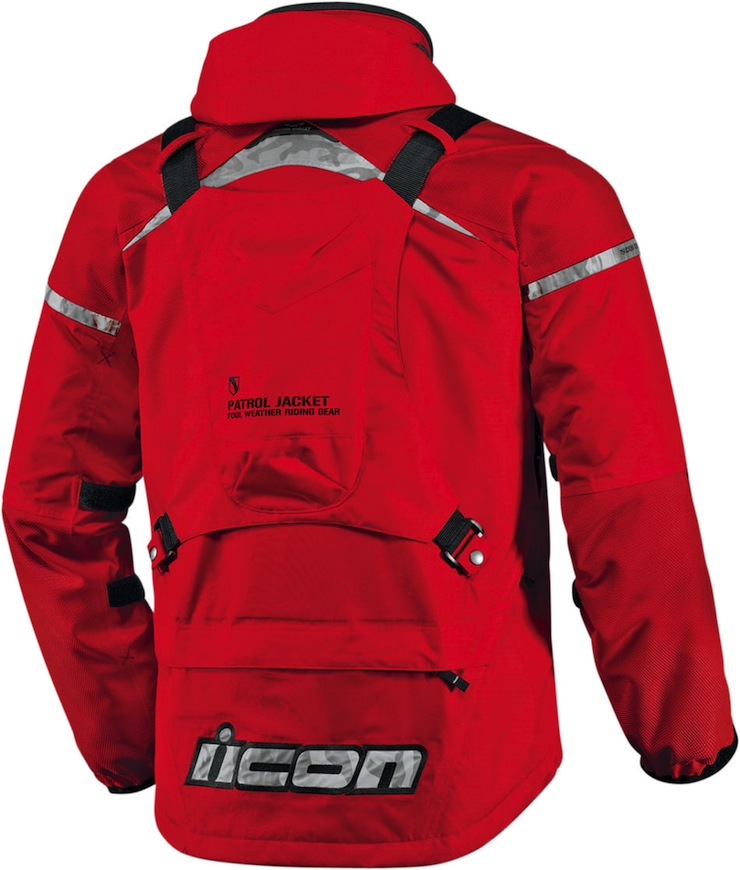