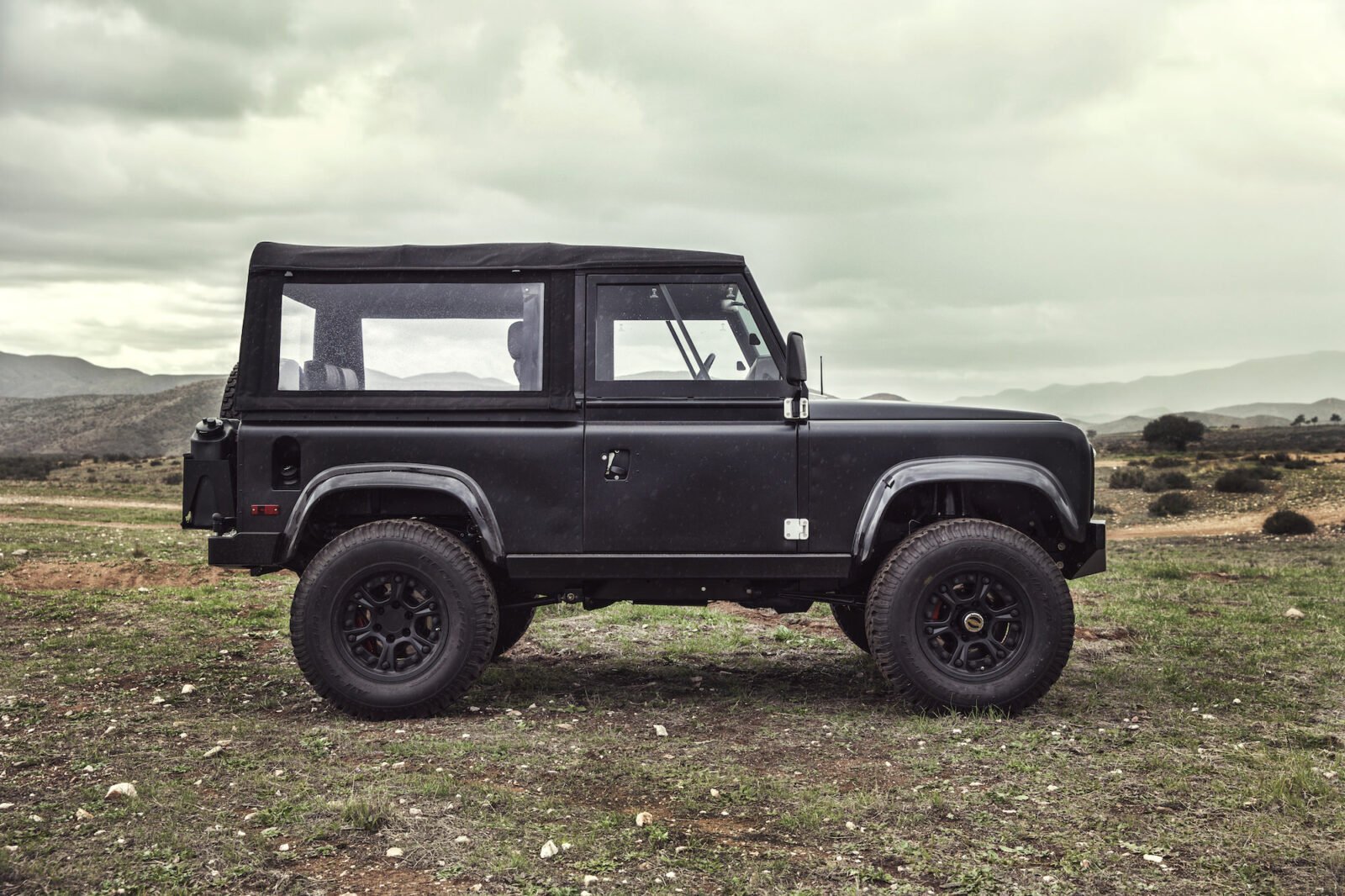 You’re looking at the new ICON D90 Land Rover fitted with an LS3 V8, as you can probably imagine (and in true ICON style), not a lot of the original Rover was left after the 22 month long build process was completed.

The modern Land Rover D90 Defender is the direct descendant of the original Land Rover Series 1, a 4×4 built by British engineers as a cross-over between a Willys Jeep and a tractor in post-WW2 England. The vehicle enjoyed immediate success far beyond the expectations of the creators and as a result they had to build the body out of aluminium – steel was in short supply but the lighter, more corrosion resistant aluminium was far more readily available.

Like the original Series 1, the modern D90 Defender has a steel ladder chassis and steel bulkhead with a body of aluminium. This Meccano-like construction has meant that generations of 4×4 tinkerers have enjoyed tweaking, customising and improving the humble off-roader into globe-crossing, Paris-Dakar racing and green-laning brutes.

Land Rover is currently in the process of updating the Defender line of vehicles for the 2015 model year and many expect a unibody vehicle with a more 21st century series of creature comforts, this means that the current crop of Defenders might be the last of the original line – making them a popular target for acquisition and contributing to their very strong performance in the re-sale market. It also means that the D90 is likely to remain the most popular platform for customisation, it’s generally far easier to modify a body-on-chassis vehicle than the unibody equivalent. 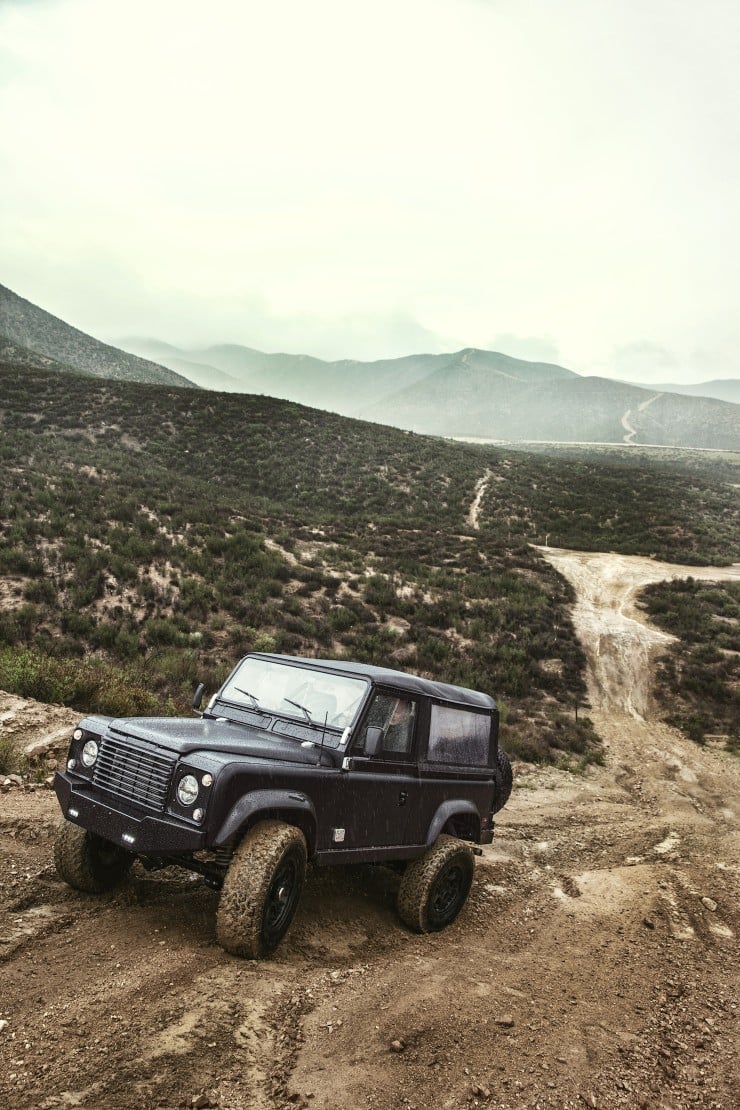 What the team at ICON did with the Defender follows in the footsteps of men like Carroll Shelby, the project began with a good-looking (if slightly underpowered) British motor car which was then stripped back to basics before having a giant American V8 shoehorned under the hood, a new drivetrain bolted into place and some uprated suspension to handle all the new Newtonian-physics happening as a result of that extra weight and power.

The most famous vehicle from the mad-but-in-a-good-way engineers at ICON is their FJ40, a vehicle that offers insight into what the people at Toyota would have built if they’d had no limitations placed on them in their original design brief. After having seen the ICON FJ40 for the first time I remember wishing that they’d take a swing at a Defender, so when I received an email telling me they’d done just that I was both delighted and dismayed. Delighted because I had a new favourite 4×4 to lust after and dismayed because I knew it’d have a price tag to rival my personal lifesavings coupled with that of three generations of my offspring.

The spec-list of the ICON D90 is just about as expansive as you might imagine, the project started with the task of dropping a 400+hp 6.2 litre LS3 V8 under the hood and then connecting it to a 4-speed automatic transmission with an Atlas II transfer case. The D90 now rides on 17″ Hutchinson wheels attached to Dynatrac axles, Twisted UK suspension and Bilstein shocks with 285/70 R17 BF Goodrich ATKO tires. Everything can can be powder-coated has been powder-coated and there are more laser-cut parts on this car than their are on the SR71 Blackbird, interestingly they chose to cut back and simplify the interior, making it look far more like the Series 1 and Series 2 Land Rovers.

The finished vehicle is now happily parked in its new owners garage, he waited 22 months for the vehicle to be completed but I dare say it was worth it, he now has a custom Land Rover that could give a Bowler EXR S a run for its money. 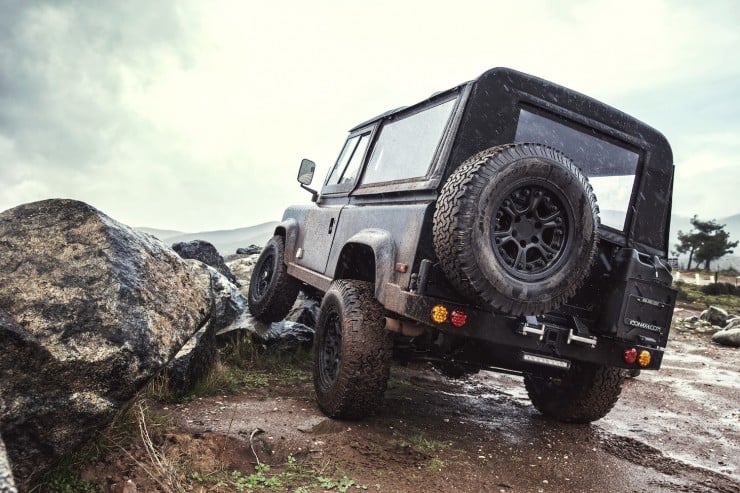 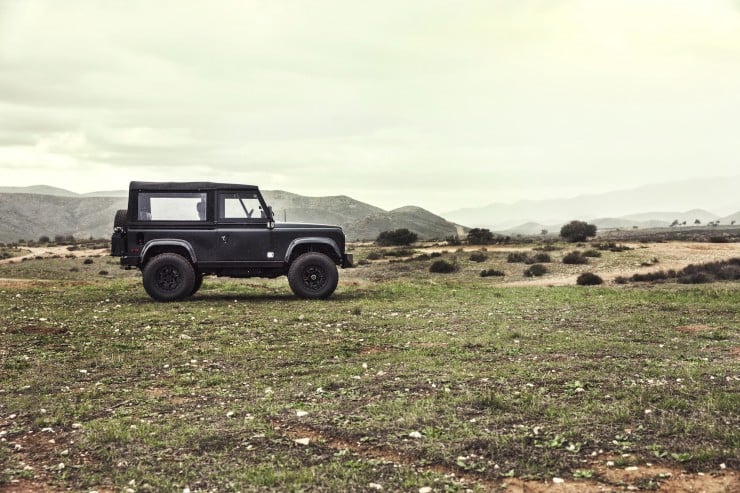 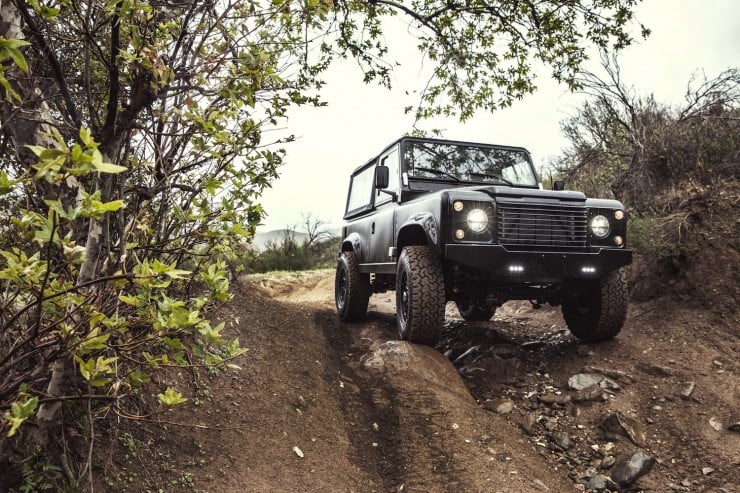 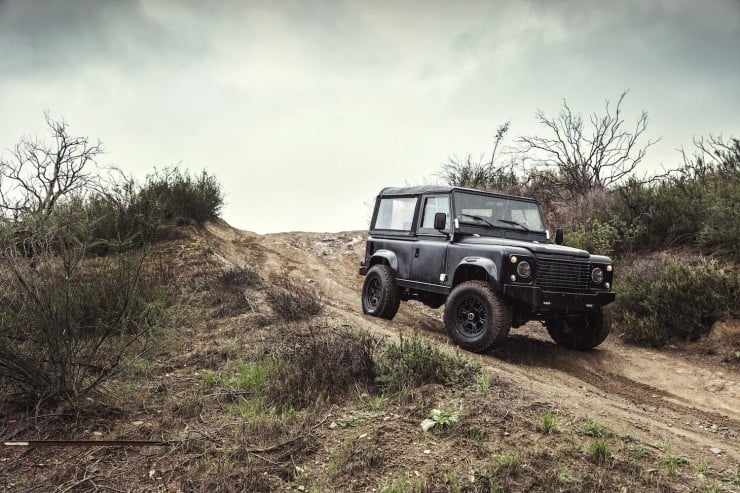 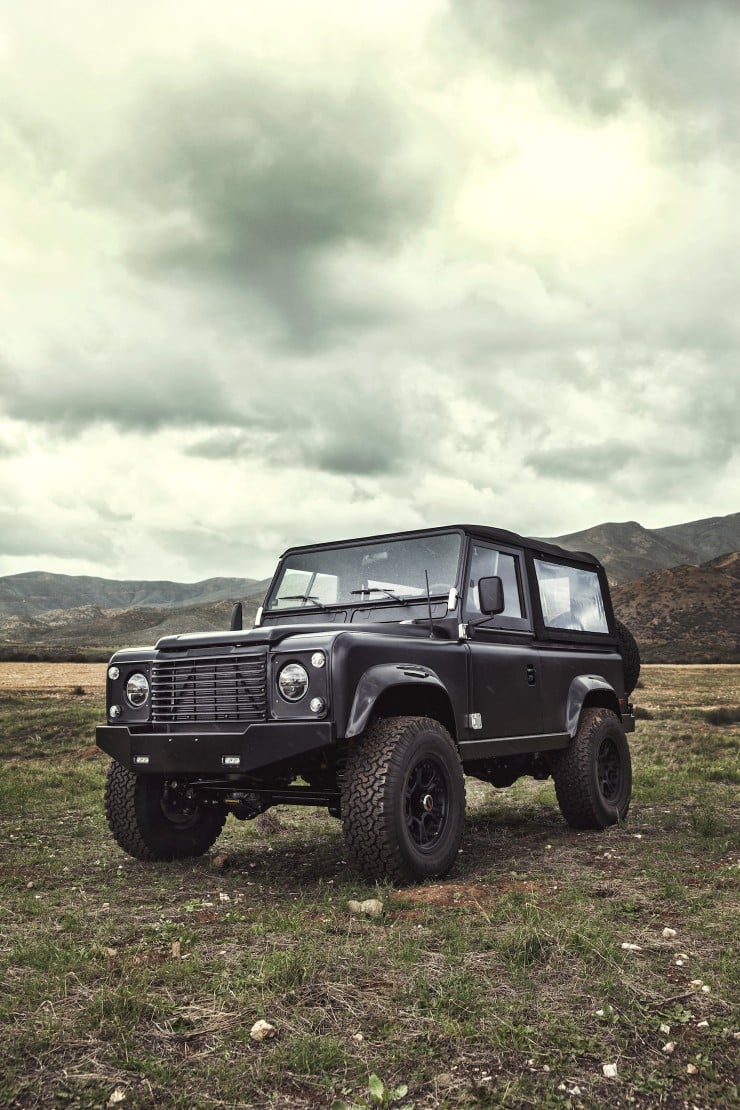 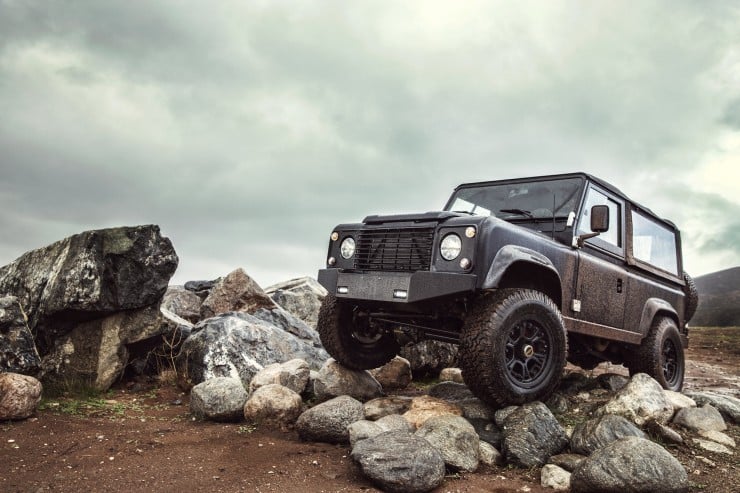 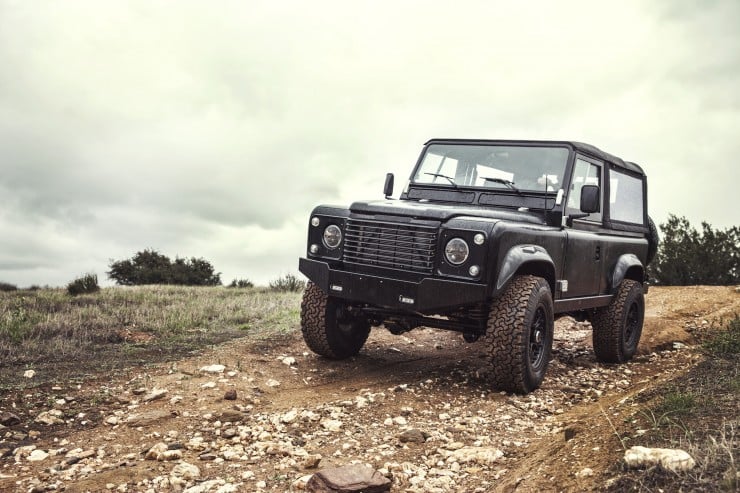 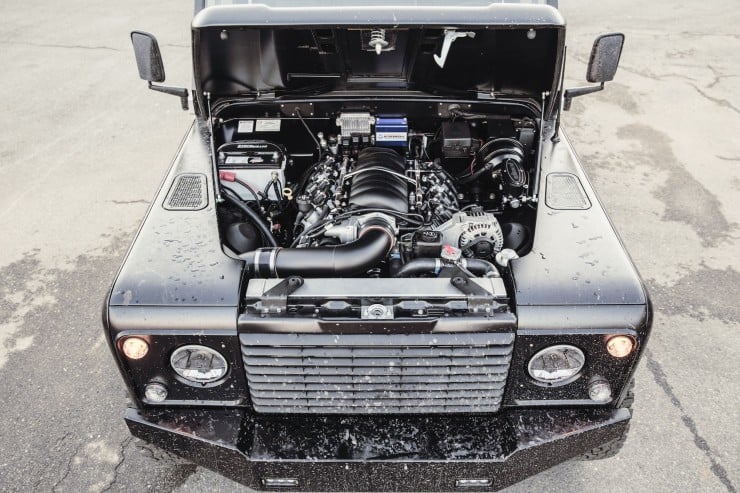 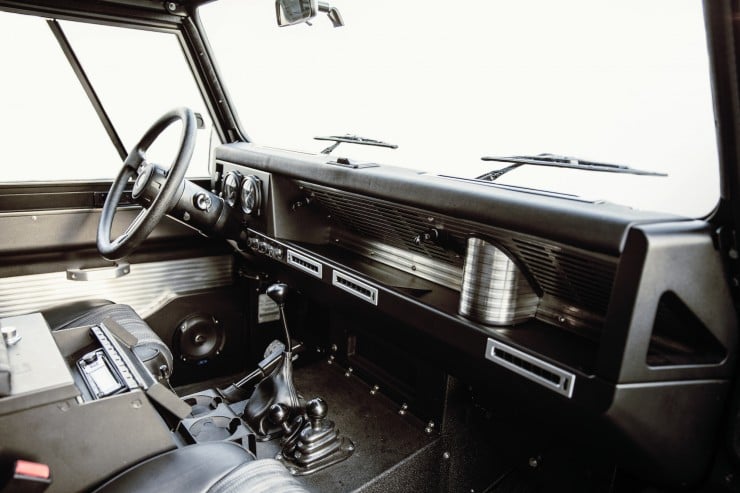 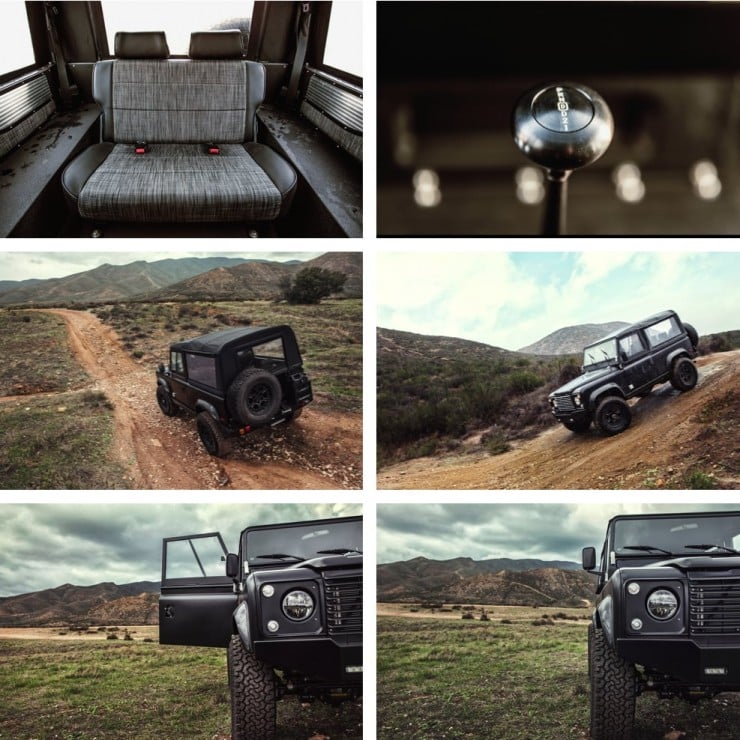 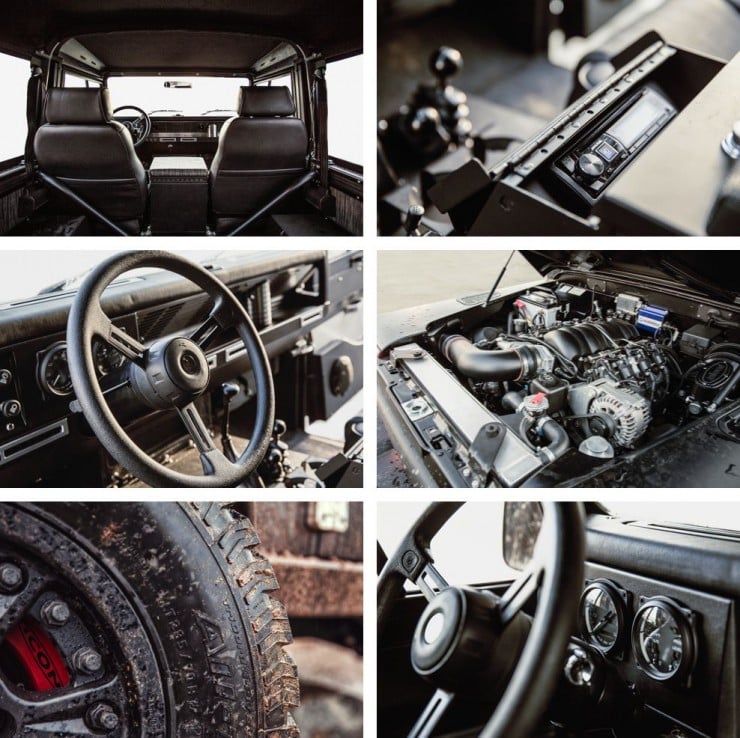 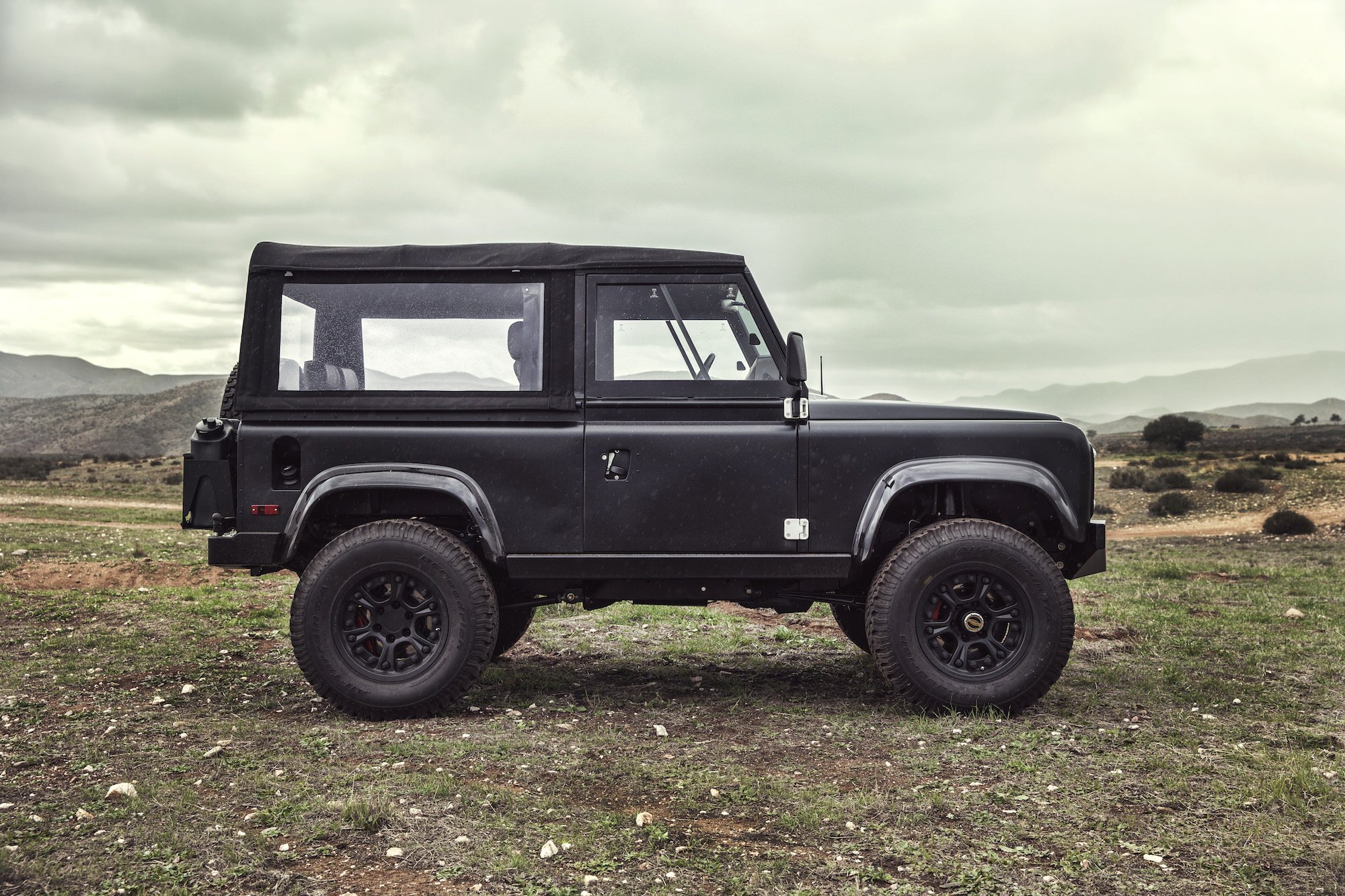