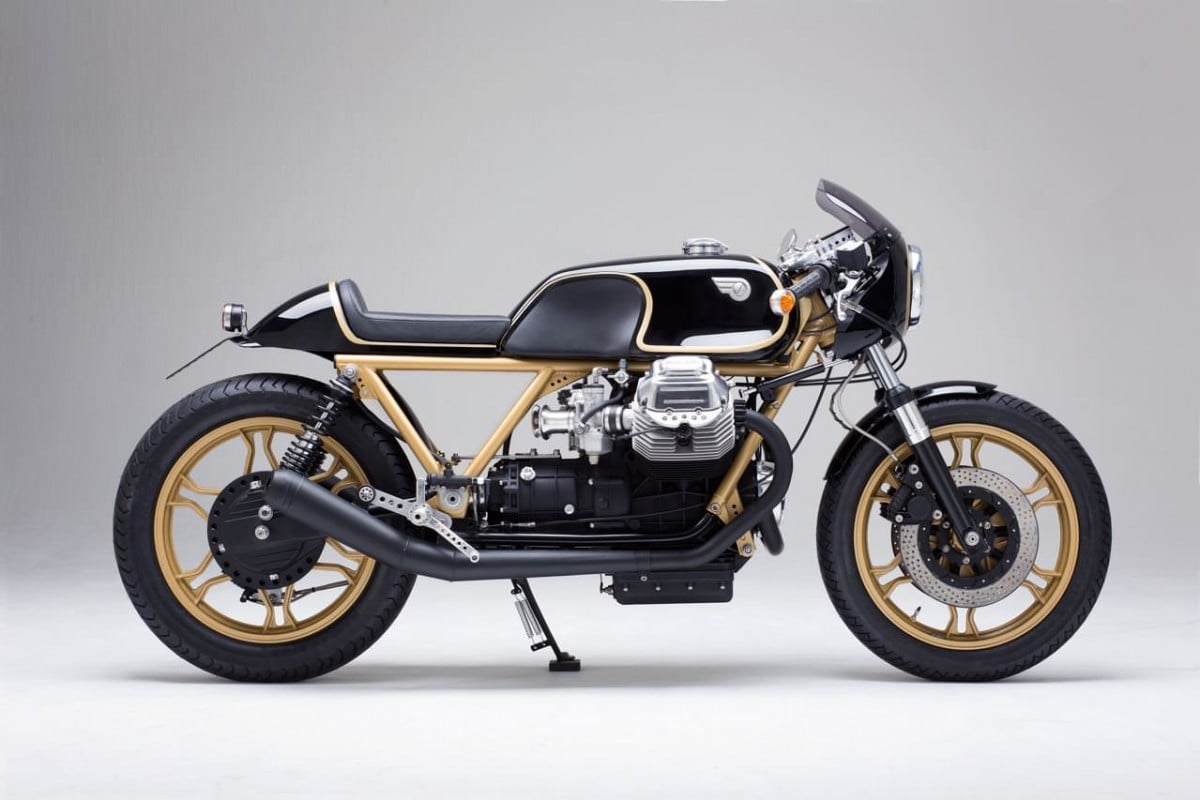 The Moto Guzzi Le Mans is one of the most iconic designs ever to roll out of the Italian marque’s factory, first introduced in 1976 the model was a factory-built cafe racer on par with anything coming out of Japan, Germany or Britain.

By 1981 Moto Guzzi was on its third revision of the popular model, the list of tweaks included moved pushrods, a new seat, fuel tank, fairing and instrument panel along with over 80 other modifications to take the model into the new decade.

The modern trend towards simpler motorcycles has led to a resurgence in popularity for the Moto Guzzi Le Mans series, non-engineers can work on them, customise them and modify them to their hearts content without having to deal with an ECU or wiring loom that looks like it belongs in a Gemini capsule. The longitudinally mounted V-Twin is one of the most beautiful engines ever fitted to a motorcycle, meaning it works very well with minimalist, cafe racer style builds.

One of the world leaders in the art of re-imagining Moto Guzzis is Kaffeemaschine, a garage based in Hamburg and run by a friendly German chap by the name of Axel. We’ve featured his work before here on Silodrome so whenever an email from Kaffeemaschine arrives, it attracts much interest.

The Moto Guzzi you see here is Axel’s most recent creation, he’s been going through a John Player Lotus phase and he decided that this would be the perfect bike to sport the renowned black and gold paint scheme. As with all Kaffeemaschine builds, the project started with a full engine teardown and rebuild, the bore was increased to 1000cc over the 849cc original and a lightened clutch was added along with a balanced crank, twin spark heads, a sport cam and valves, an electronic ignition and performance carburettors.

The front and rear breaks were then overhauled, as were the front and rear suspension. A custom fairing and Magni tank were fitted after a meticulous John Player Lotus paint job had been applied. The completed bike is now in the care of its new owner, being ridden around the streets of Hamburg with two fingers on the clutch and a heavy hand on the throttle – just as a cafe racer should be. 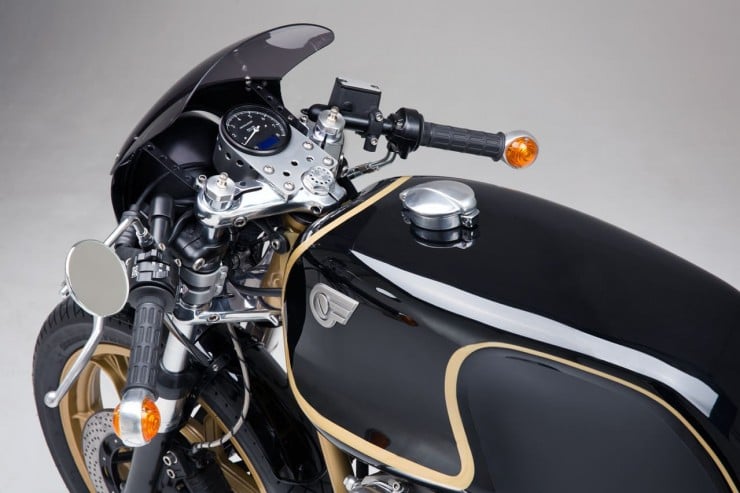 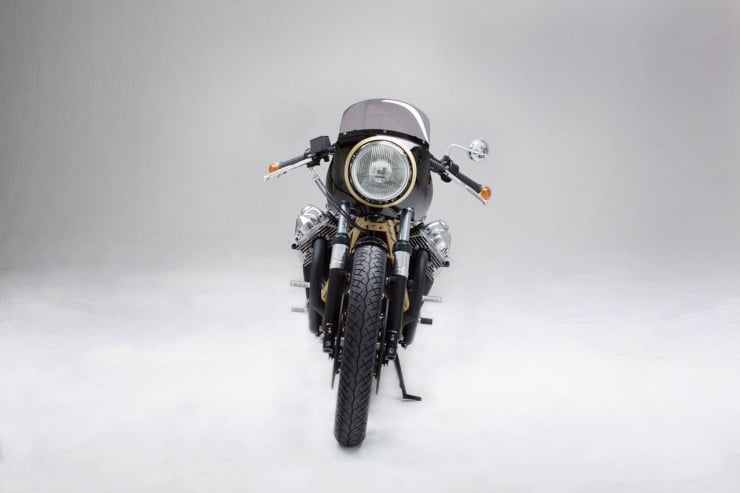 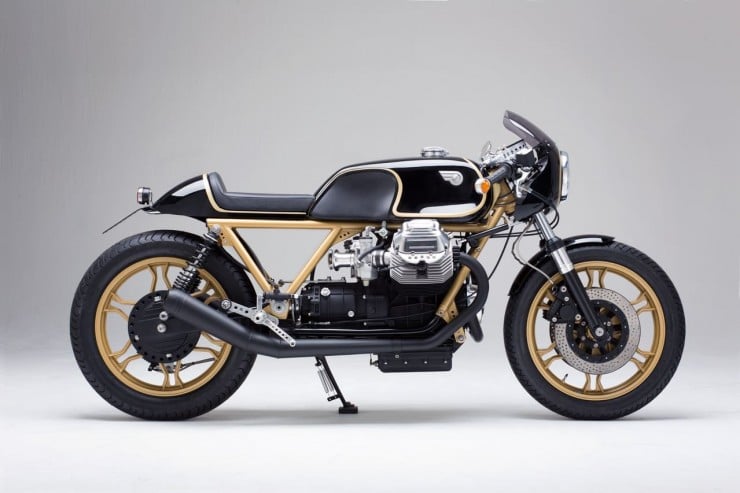 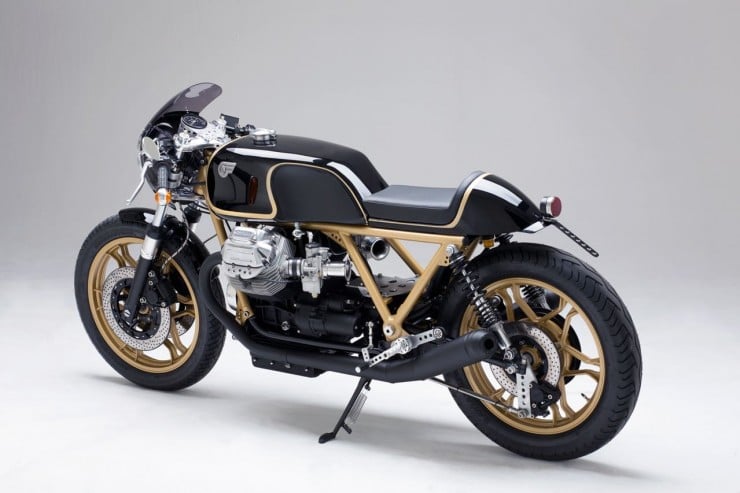 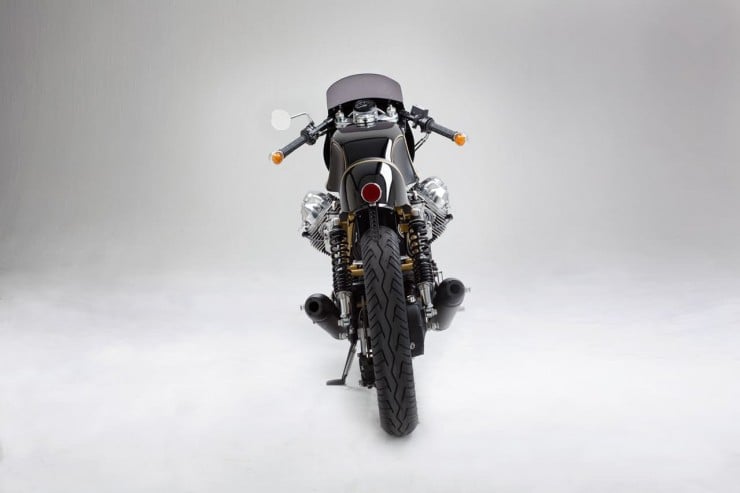 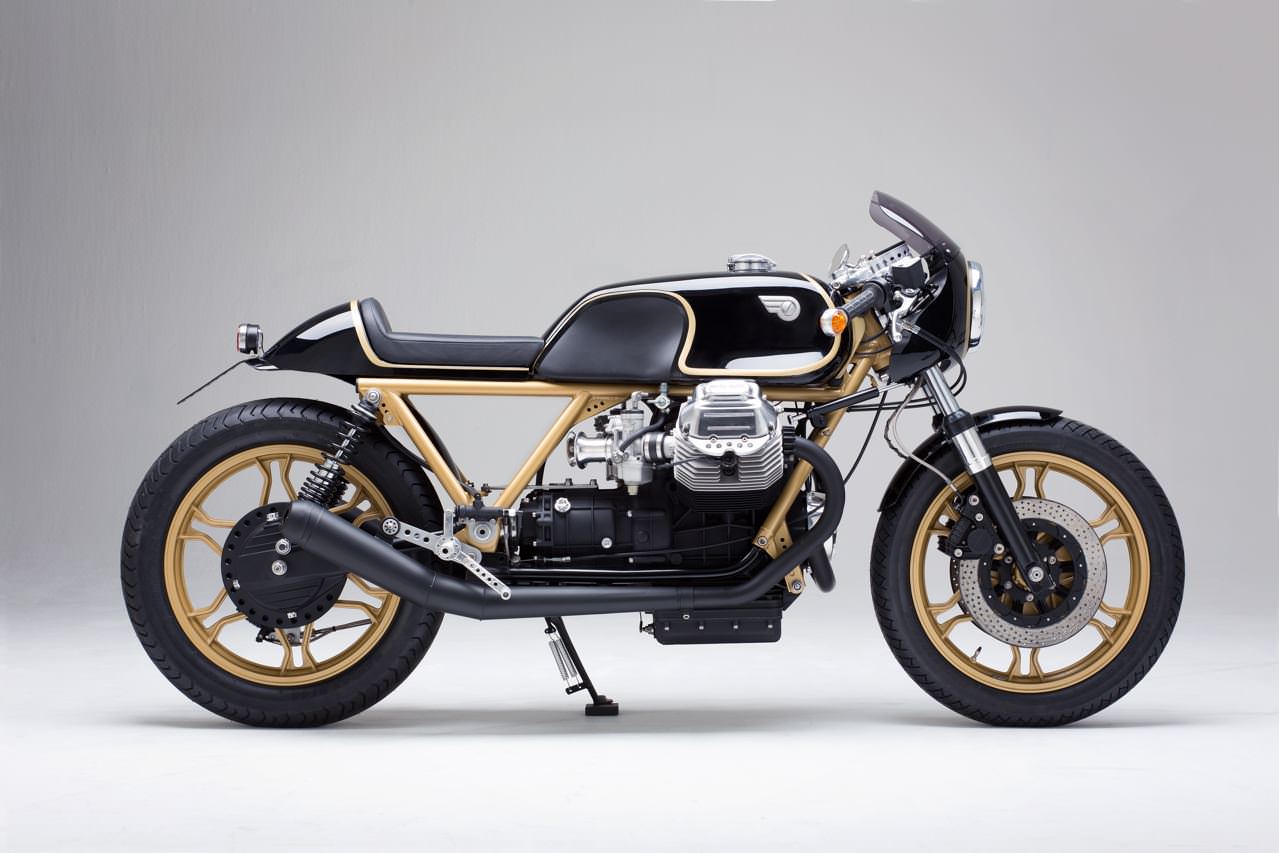