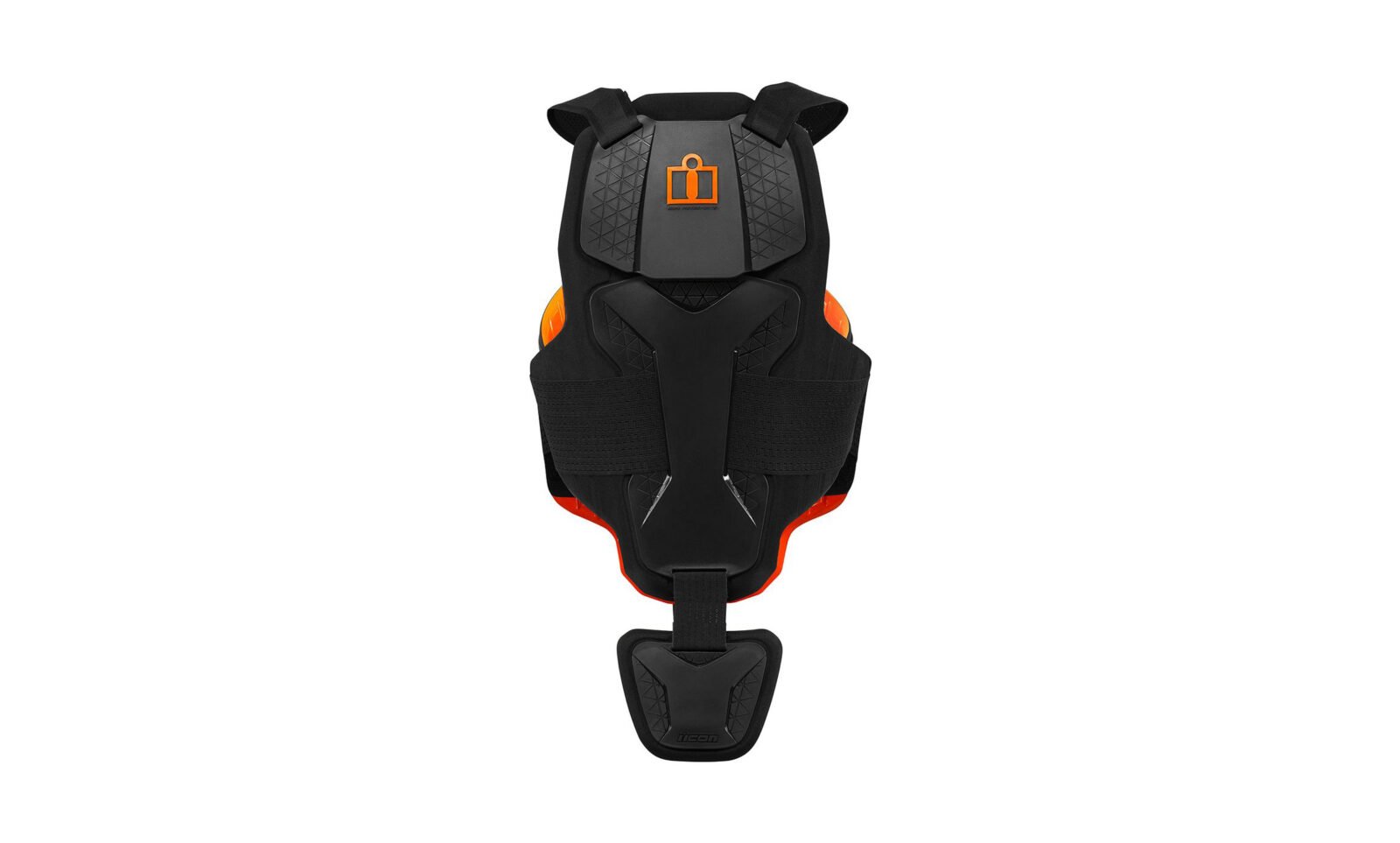 D3O (pronounced “dee three oh”) is a modern viscoelastic body armor used by the armed forces, world class athletes, motorcyclists, snowboarders, and many others who need to protect themselves from impact injury whilst still remaining as flexible as possible.

Long story short, D3O is soft to the touch, squidgy is probably the best word, but the molecules lock together in an impact to dissipate energy and protect you. Jackets and other motorcycle gear with D3O fitted tend to be less bulky and more comfortable that the equivalent gear with hard armor installed.

At just $225 USD the Icon D3O Vest provides one of the best value propositions in the world of motorcycle safety, when paired with a great helmet of course. It’s made of injection molded D3O armor plates developed in a low profile design suitable for most jackets and race suits.

The vest has adjustable shoulder straps and an adjustable waist to ensure you can tailor it to perfectly fit your torso. Importantly it also has an integrated emergency contact info badge and it’s certified according to Standard EN 1621-2 : 2014 – CE Level 2.

A central “pull down” ID tag is fitted to the front section, allowing paramedics to quickly learn who you are and what allergies you may have, this is an excellent feature we’d like to see included in more motorcycle gear – particularly helmets.

The Icon D3O Vest provides ample back protection, with armor extending from just below the neck all the way down to the tailbone. The broad back plate contains geometric channels for ventilation and airflow, it’s also designed to provide excellent protection for the posterior section of your ribs – another common injury in many motorcycle accidents.

The front chest plate was developed to protect your breastbone and center chest area from frontal impact, another common injury area in head-on collisions, particularly with the side of a car that pulled out in front of you. 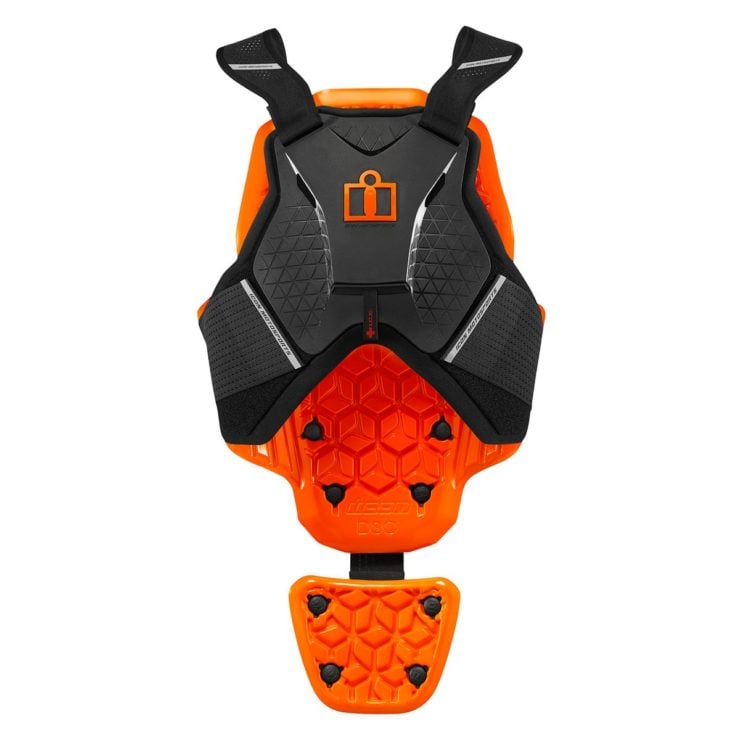 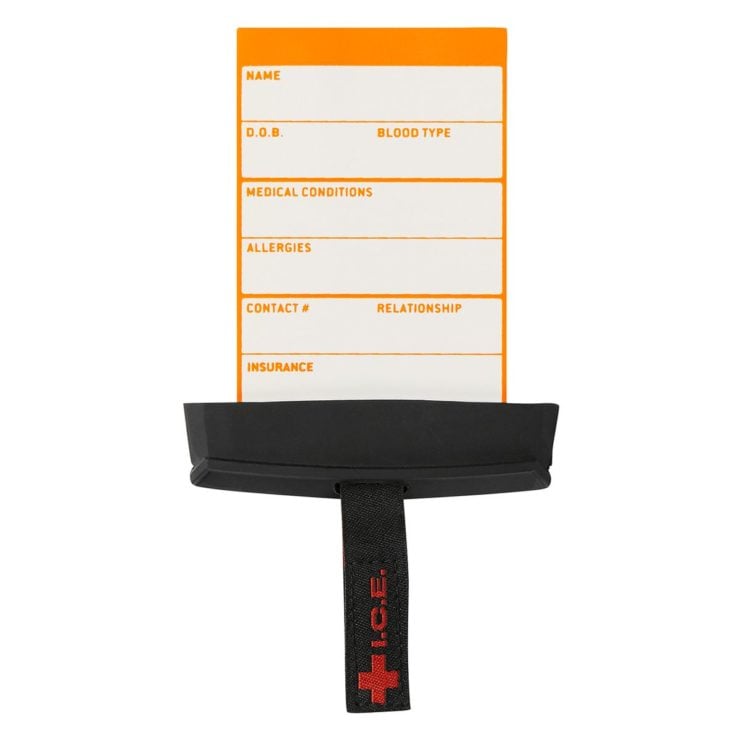