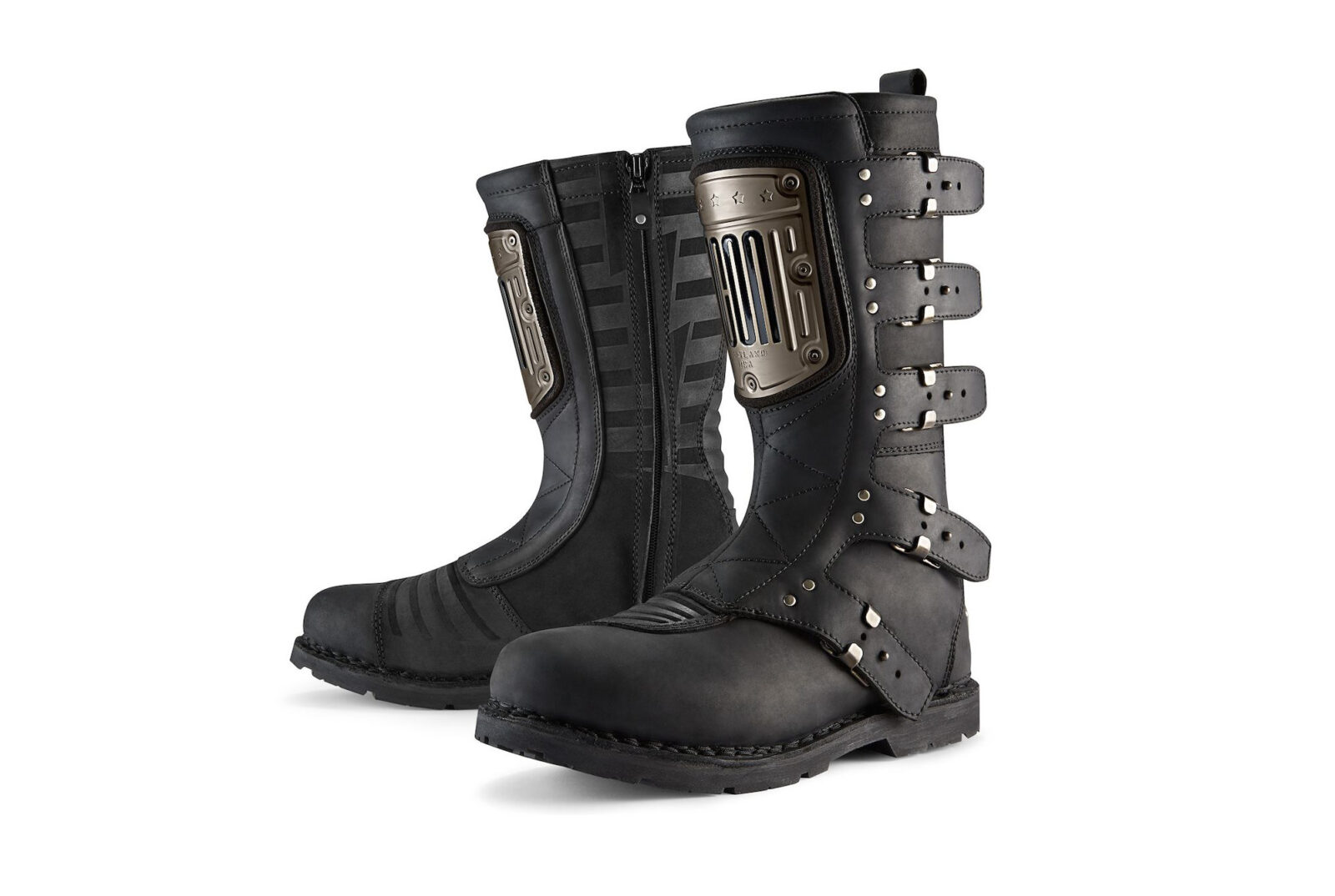 The Icon 1000 Elsinore HP Boots are the upgraded version of the original Elsinore design from the Portland, Oregon based motor gear manufacturer.

Icon 1000 have designed the Elsinore HP with Goodyear™ welt construction, so they can be re-soled when needed. The upper section of the boot is thick top grain leather, with a five-strap alloy-buckle design, a stamped metal heel plate, and an internal steel shank. There’s a heavy-duty YKK® zipper on the inside leg of both boots for quick entry and exit (borrowed from paratrooper jump boots).

I’m personally quite well-versed in the Elsinore as I have a pair myself, which I’ve used on motorcycle adventures in the USA, Vietnam, Australia, England, France, and Spain. Despite the relatively heavy usage, they feel like they’re only just getting worn in. 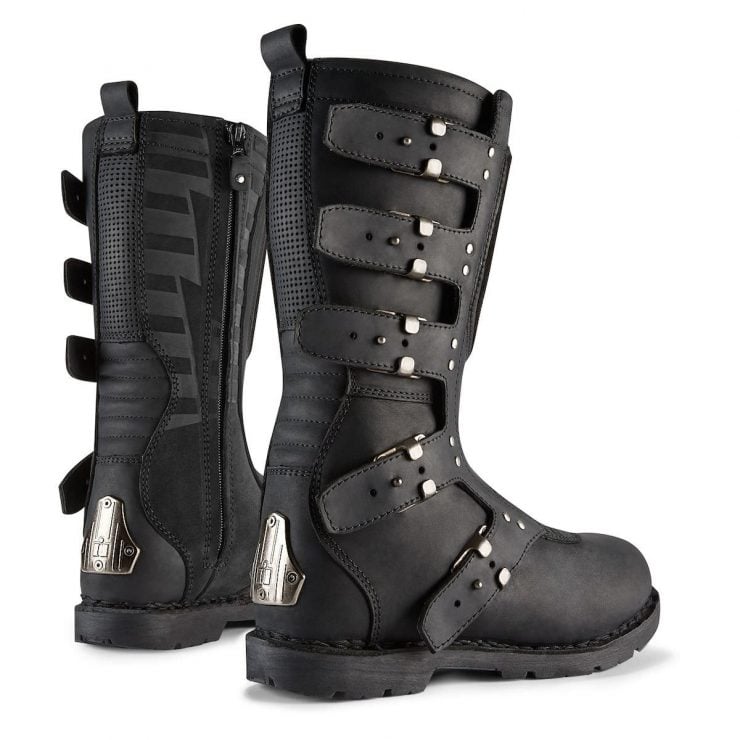 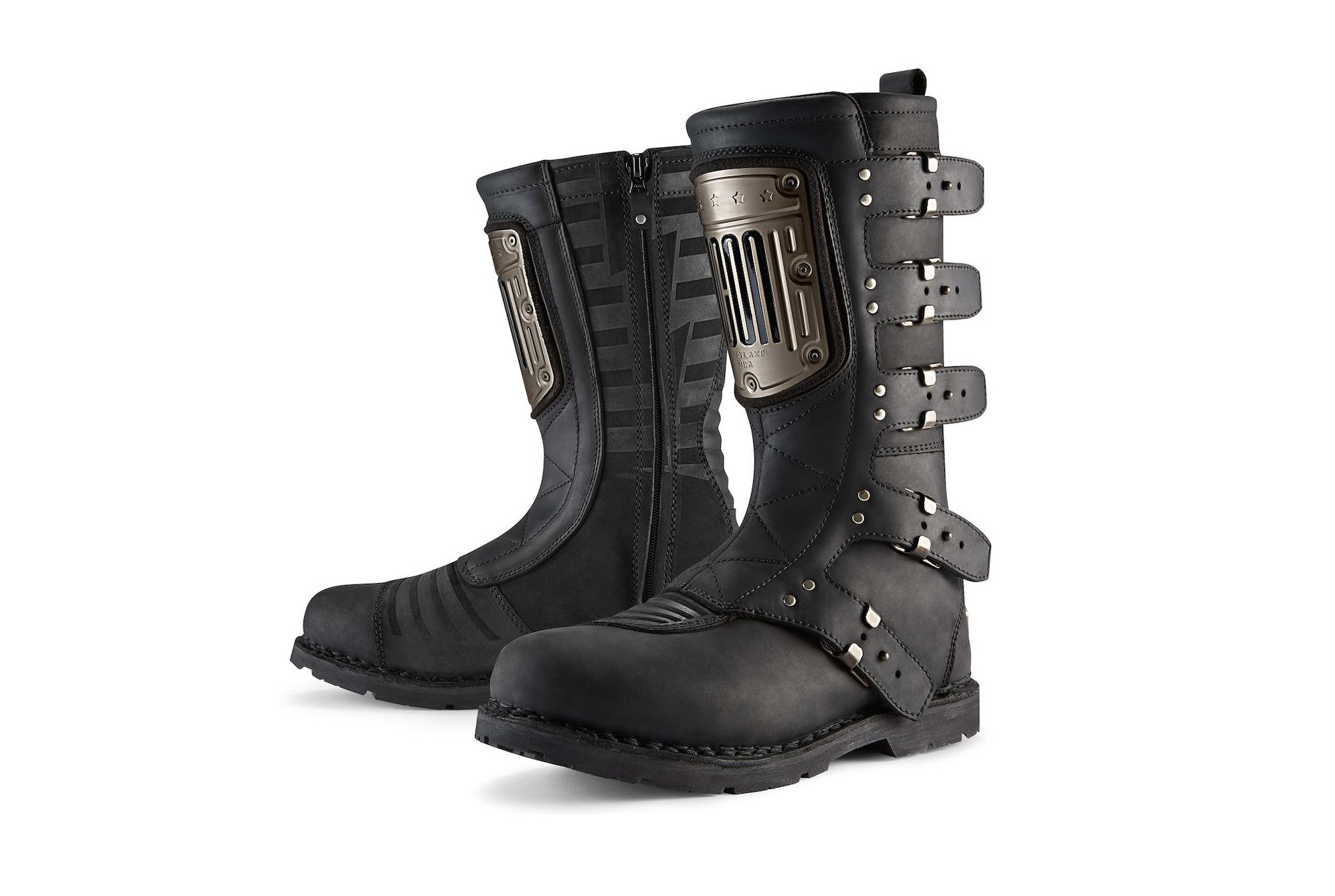