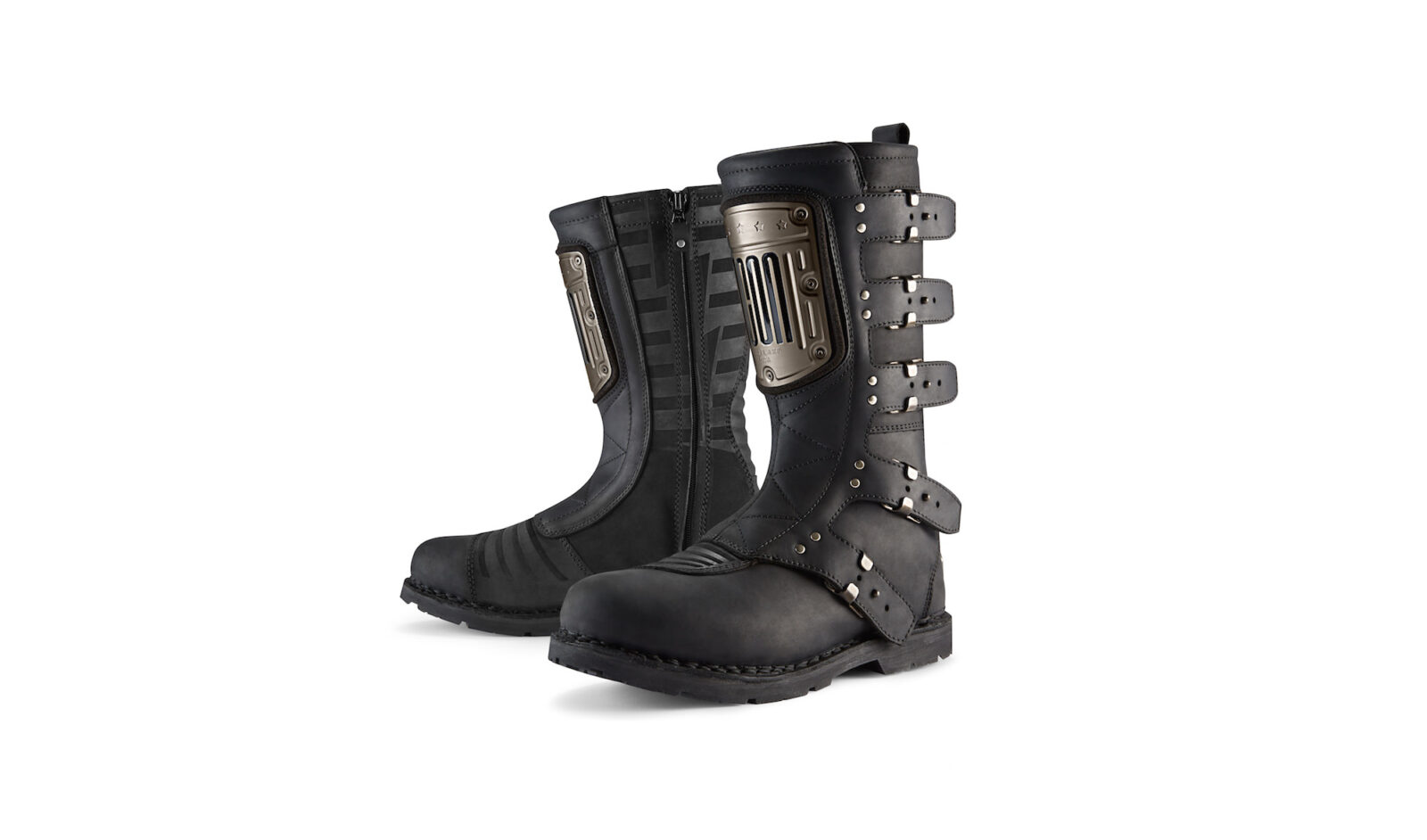 The original ICON 1000 Elsinore Boot has become a firm favourite amongst riders who like the vintage motocross aesthetic, the new Elsinore HP Boot builds on the basic design of the original and adds a street-specific sole to make walking a little easier.

It retains the classic five-strap alloy-buckle, stamped metal heel plate, internal steel shank, and Goodyear™ welt construction of its sibling, as well as the medial-entry zipper. The only drawback to the original Elsinore was the difficulty in walking any significant distances due to the rigidity of the sole, so the new Elsinore HP should be a popular addition to the boot section at your local motorcycle gear retailer. 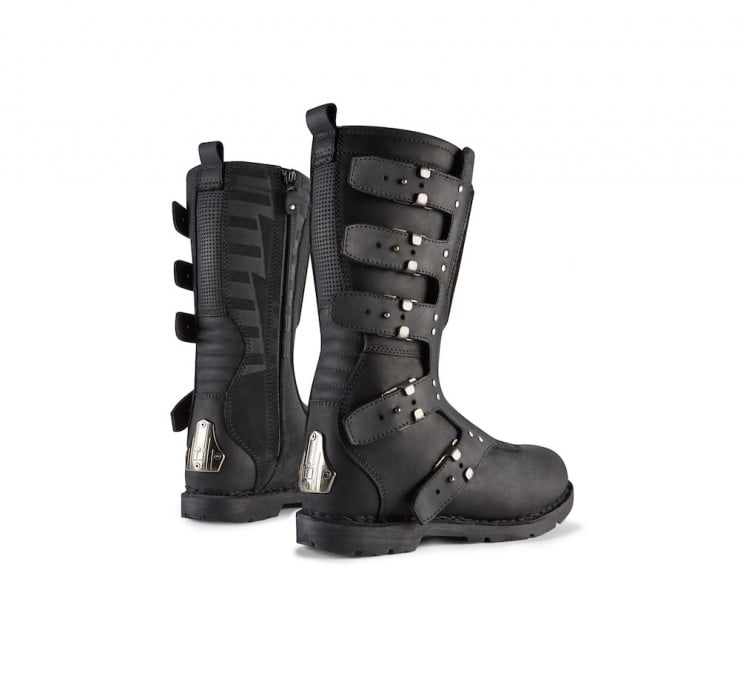 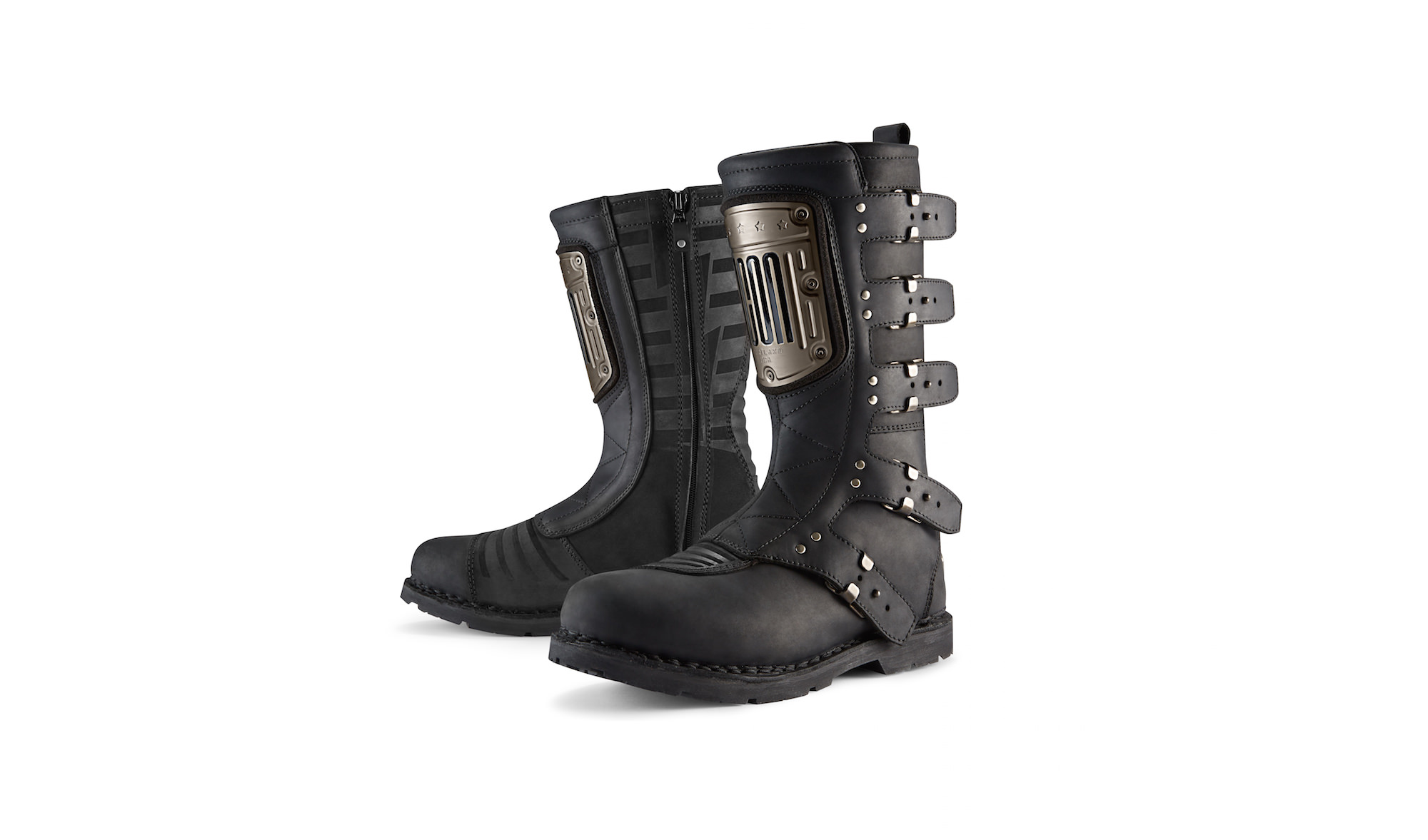