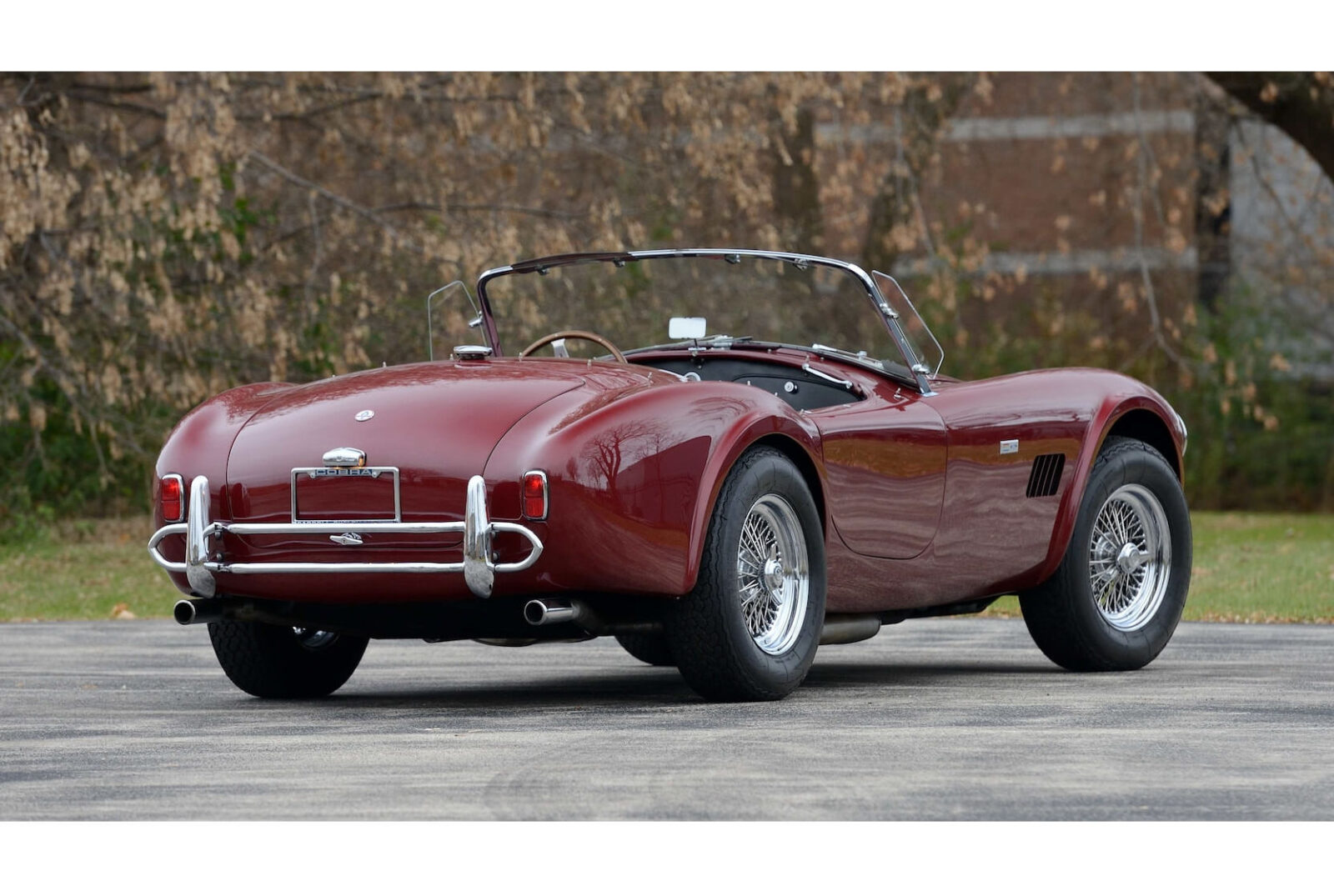 This is the last Shelby 289 Cobra that would ever be sold, capping off a remarkably successful run that gave the humble AC Ace Roadster a whole new lease on life, not to mention global fame and notoriety.

Although the latter Cobras with their mighty 427 cubic inch engines tend to dominate the bedroom-wall-poster-world, the early 260 and 289 cubic inch cars are oftentimes more fun to drive, as you spend a lot less time going sideways while screaming.

Over the decades since it was built, this car has remained remarkably original – retaining its factory-fitted chassis, body, engine, and drivetrain. Its engine is the 289 cubic inch “HiPo” V8 with an aluminum intake and Holley 715 CFM “LeMans” carburetor, it’s fitted with a 4-speed manual gearbox, and it was optioned with “Class A” accessories from new.

Apart from a respray in the original Rouge Iris color the car is the same as it was when it left the factory, and it has benefitted from a comprehensive mechanical sorting during ownership of Cobra expert Colin Comer.

The production line would switch from the 289 to the 427 cars in 1965, the car pictured here is CSX2588, the final one built for public sale in ’65. One further car was bolted together in the factory however it was made for Carroll himself, and it was kept in the Shelby family.

Mecum are due to auction this car off between the 5th and 14th of January in Kissimmee, Florida. There’s no estimate attached to the car as of yet, however it’s likely to attract some very serious collectors due to its historic significance. If you’d like to read more about it or register to bid you can click here to visit the listing. 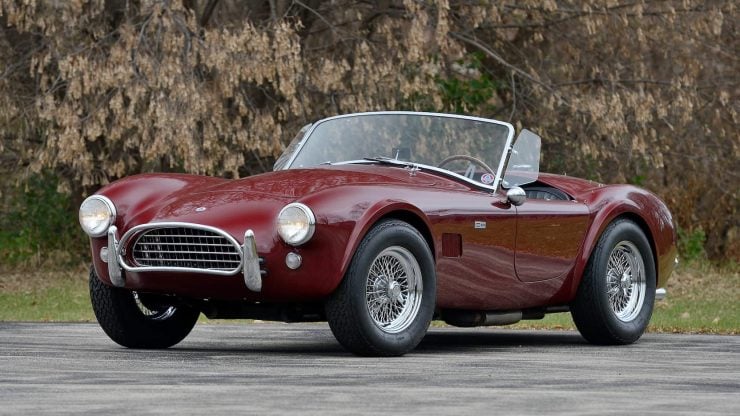 Before Carroll Shelby began building cars he was an accomplished racing driver, who had won at Le Mans, competed in Formula One, and set 16 speed records at the Bonneville salt flats driving a specially prepared Austin-Healey 100S.

His achievements as a driver are all the more impressive due to the fact that he suffered from a serious heart condition, often needing to take nitroglycerine pills before a race. On doctor’s orders he retired from active racing in 1959 shortly after winning the 1959 24 Hours of Le Mans driving an Aston Martin DBR1 with Roy Salvadori.

It was at this race that he first got a close look at the AC Ace, a small British two-seat roadster with a 2 liter engine and a lightweight alloy body. The Ace had finished first in its class at Le Mans (7th over all) and Shelby realized that it could be significantly quicker with a large American V8 under the hood – a lesson he’d learned driving the Allard J2 in 1952 with its 331 cubic inch Cadillac V8.

Once back in the USA Shelby set about finding an engine supplier and writing to AC Cars to see if they were interested in the project. As it happens, they had already increased the size of the engine bay to accommodate the newer 2.6 liter Ford Zephyr engine, and the only major work required to shoehorn in a V8 was to move the steering box to clear the much wider new engine.

AC Cars jumped at the new opportunity, likely seeing it as a way to further promote the brand in the USA, and Carroll Shelby set about finding a suitable V8 for the project. He initially approached Chevrolet but they didn’t want any further competition for the Corvette, so Shelby went to Ford who were more than happy to help provide some competition for the Chevy sports car.

The project started out with the new 3.6 liter Windsor V8, however this engine would change to the 4.3 liter V8 by the time production began. The first 60 production cars were built by AC in England before being shipped to the Shelby workshop in California to have their engines and transmissions fitted. 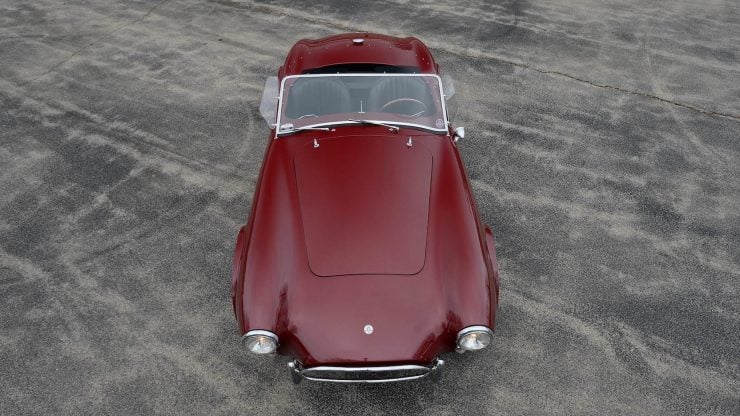 The first 75 of the first generation Cobra was built with the 260 cubic inch Ford V8, and the final 51 were fitted with the same 289 cubic inch engine that would later be used in the Mustang. The MkI production run ran from 1962 till 1963, with a total of 126 cars made.

These engines were bolted to the Borg-Warner T-10 transmission, and power was sent back to a Salisbury 4HU differential (also used on the Jaguar XKE). The MkI would also be the lightest production AC Cobra, with a kerb weight of just 2019 lbs.

The Cobra MkII featured rack and pinion steering and a slightly modified front end, the steering rack was sourced from the MGB and interestingly, the steering column came from the VW Beetle.

The MkIII would be the final iteration of the Cobra, it would also be the quickest and most powerful. The plan was to install the new Ford 427 cubic inch engine into the car, but before this could happen the space frame needed to be redesigned using 4 inch steel tube in place of the original 3 inch tubing. Wider fenders were fitted, as was upgraded suspension and brakes all round.

In racing trim, this new 7 liter Cobra was capable of 185 miles per hour, largely thanks to its 2355 lb kerb weight and 485 hp engine. Record keeping wasn’t perfect so actual production numbers aren’t clear, however some of the final MkIII Cobras were fitted with less expensive 428 cubic inch V8s better suited to road use, though not as powerful as their 427 counterpart.

By 1967 orders for the AC Cobra had slowed and it was decided to end production. Although many thought this would be the end of the line for the V8-powered AC roadster the car has lived on with remarkable tenacity. Dozens of companies have developed kit cars based on the design, and there have been a few official continuations produced by both AC Cars and by Shelby American. In fact, it’s possible to buy a new car now from both AC or Shelby. 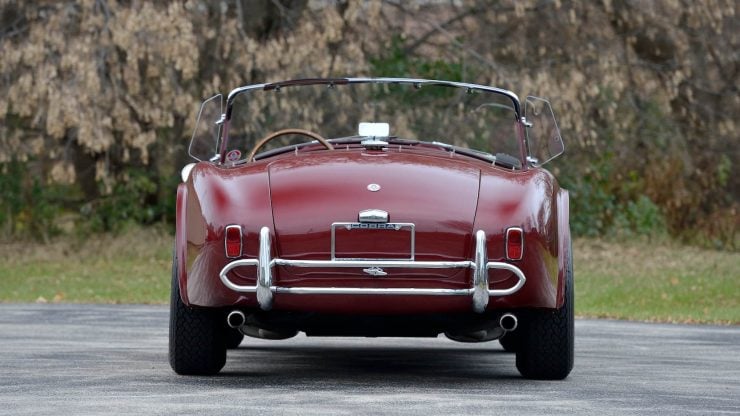 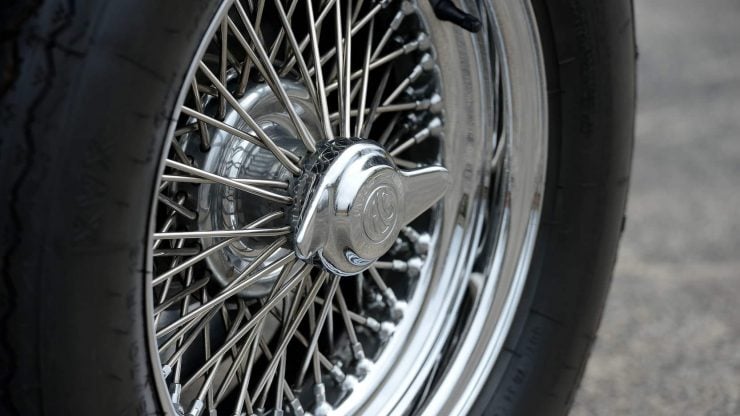 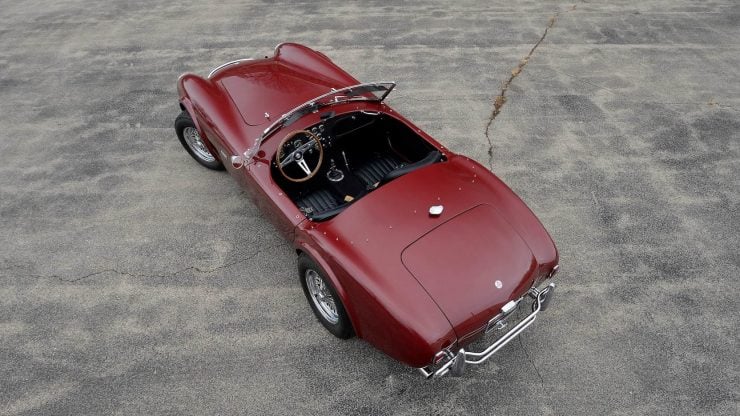 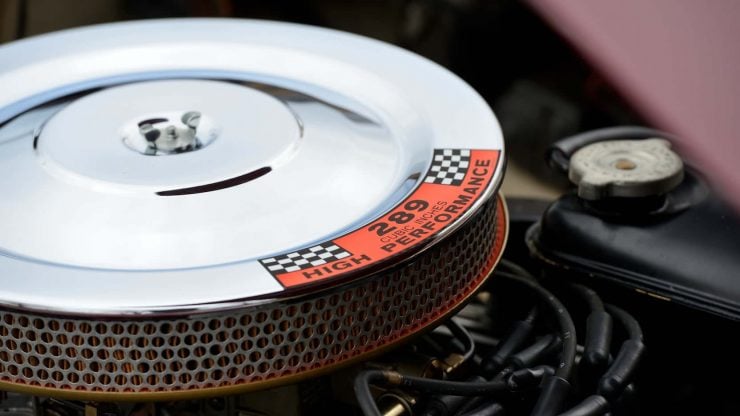 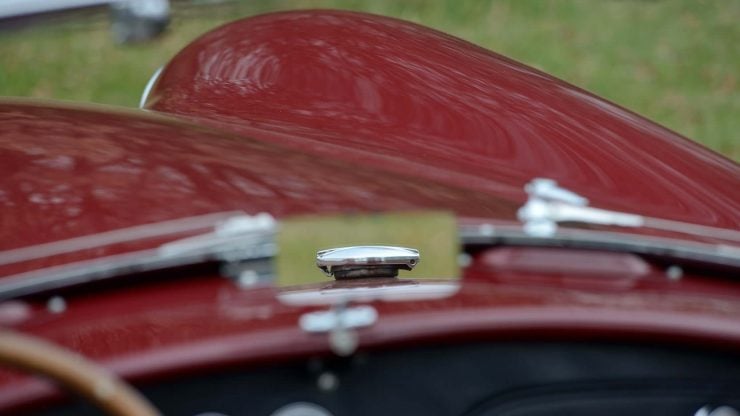 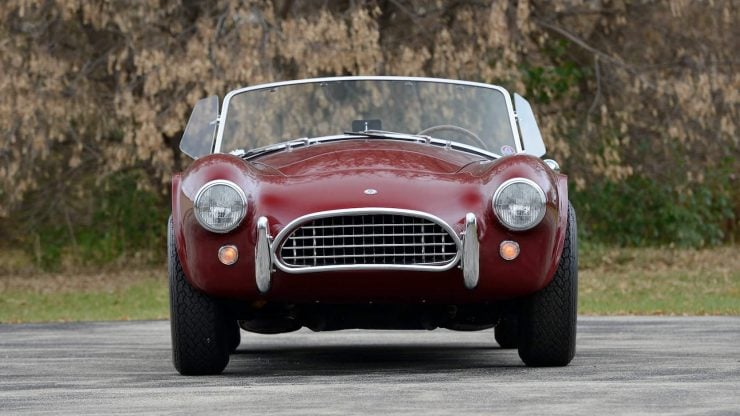 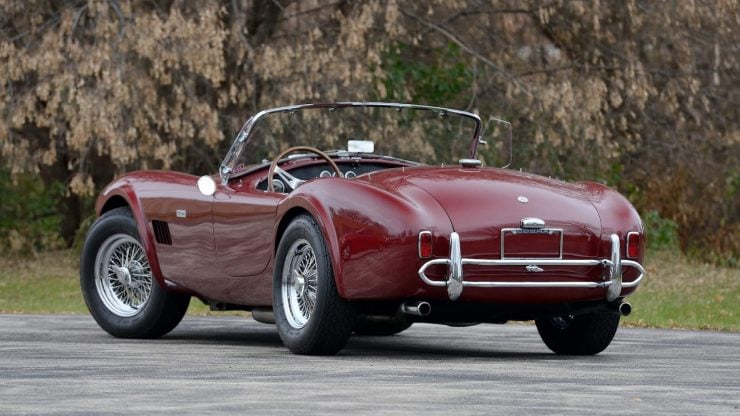 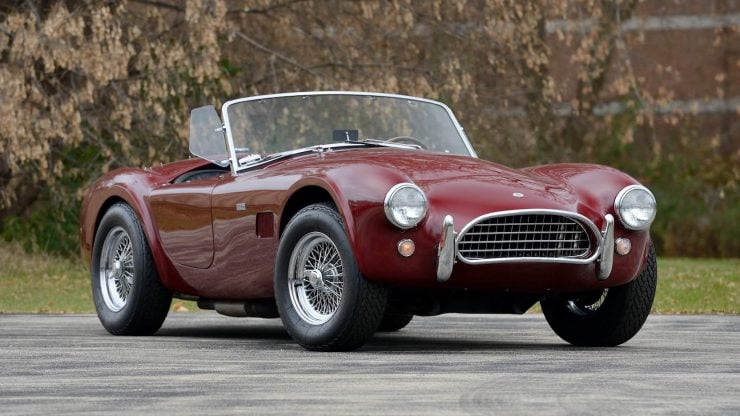 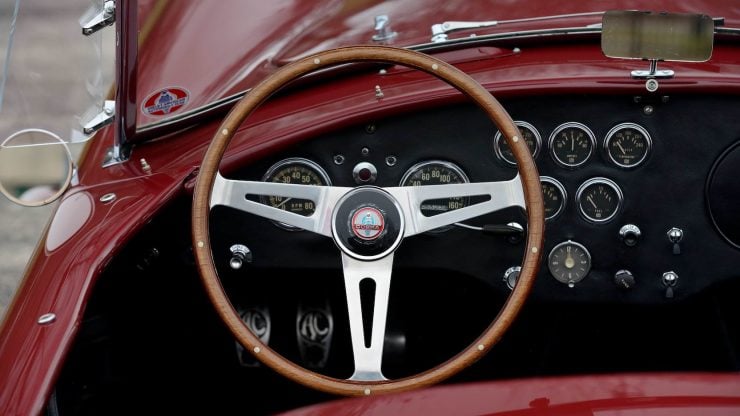 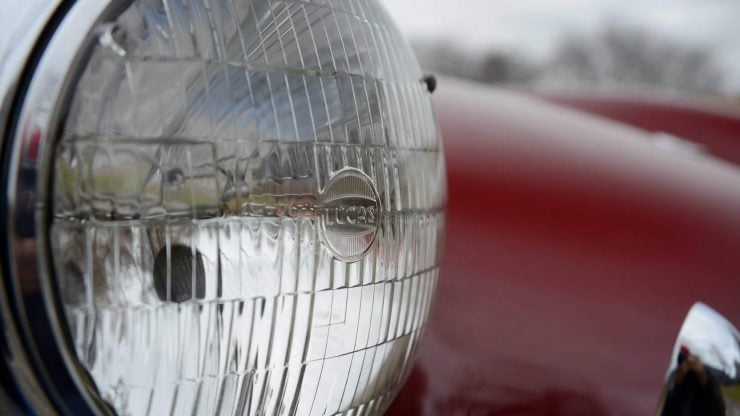 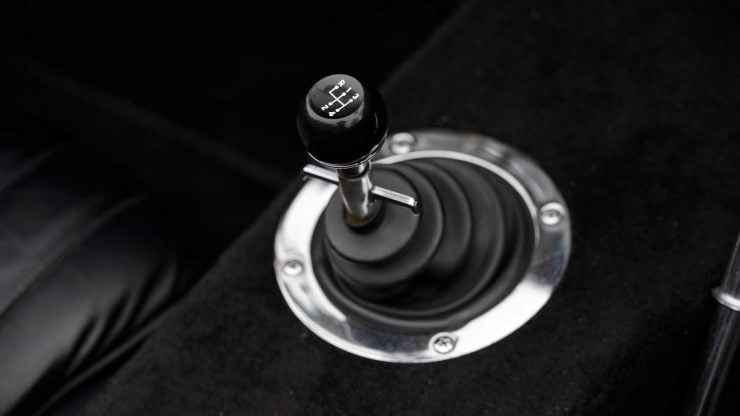 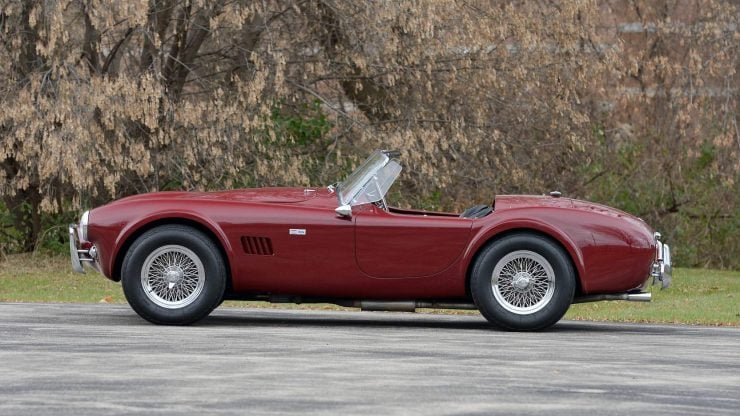 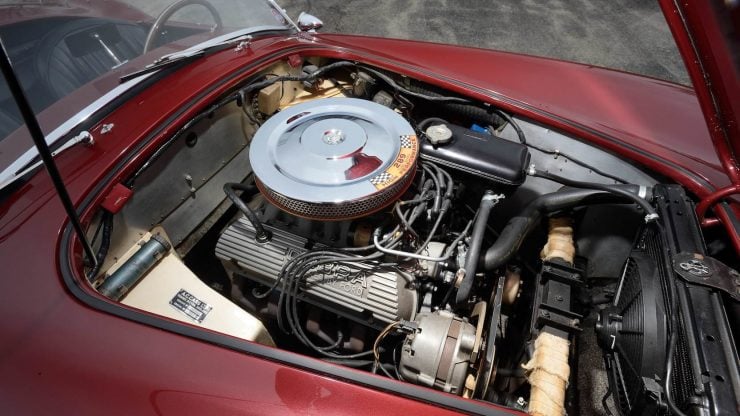 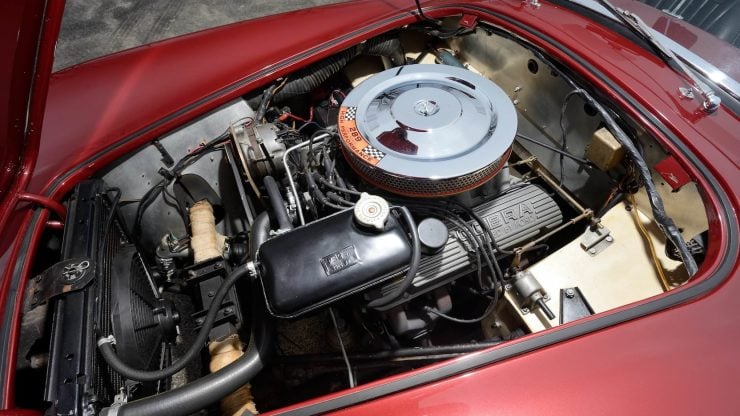 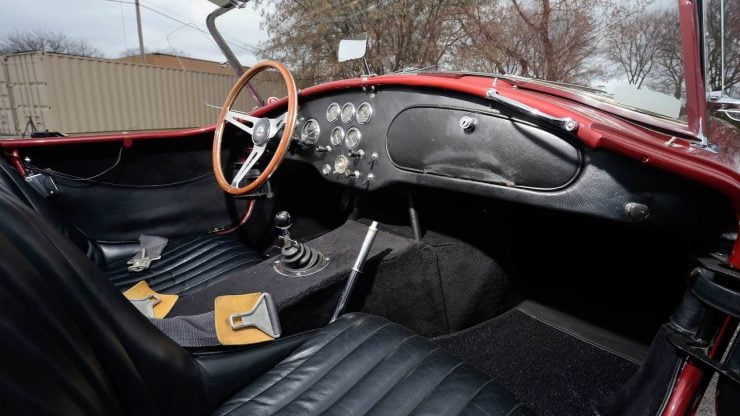 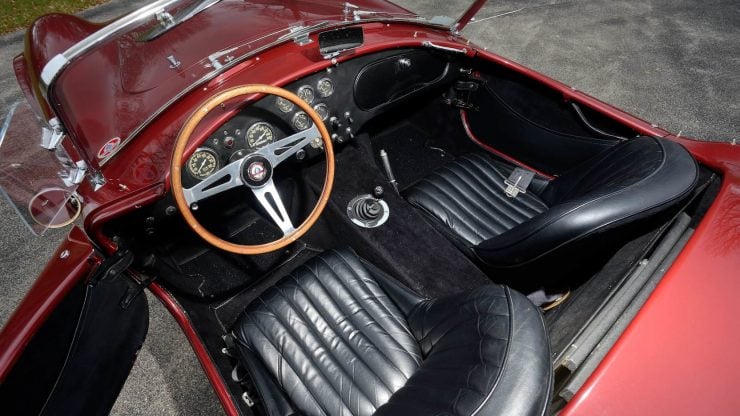 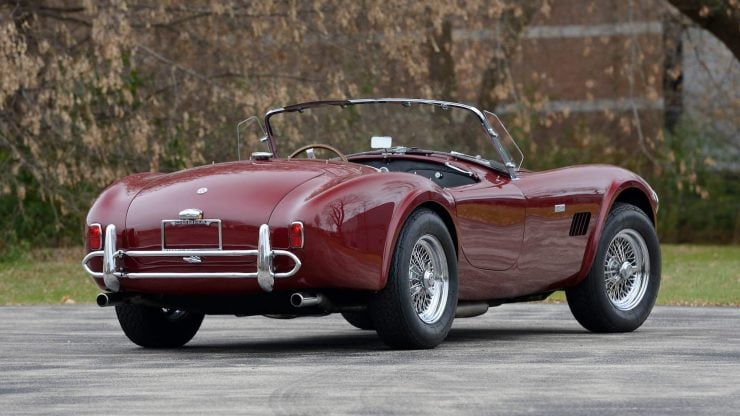 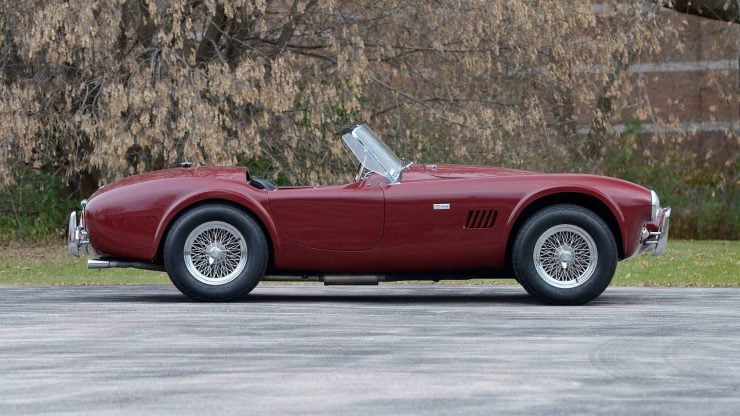 The Lamborghini Urraco P250 S was a direct answer to the Ferrari Dino, and a shot across the bow of other European sports cars of the era like the Maserati Merak and the Porsche…