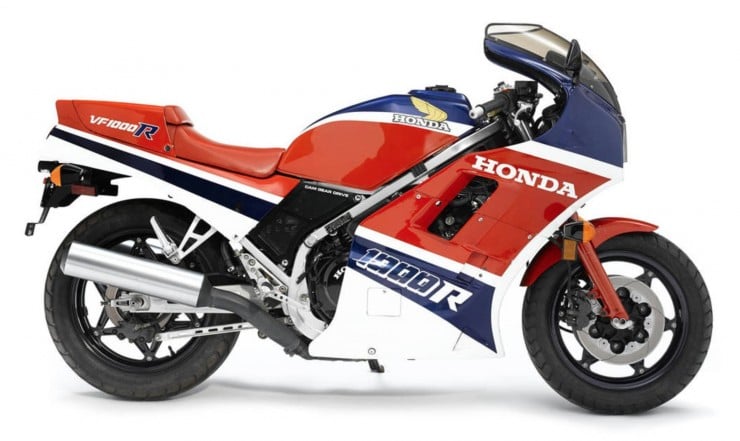 The Honda VF1000R is considered by many to be the best of the now classic VF1000 model line produced by Honda between 1984 and 1988, the VF1000R was the first of the VF line to have gear driven cams (as opposed to the chain driven cams on previous generations) and was also the first to have a horsepower rating over 120. 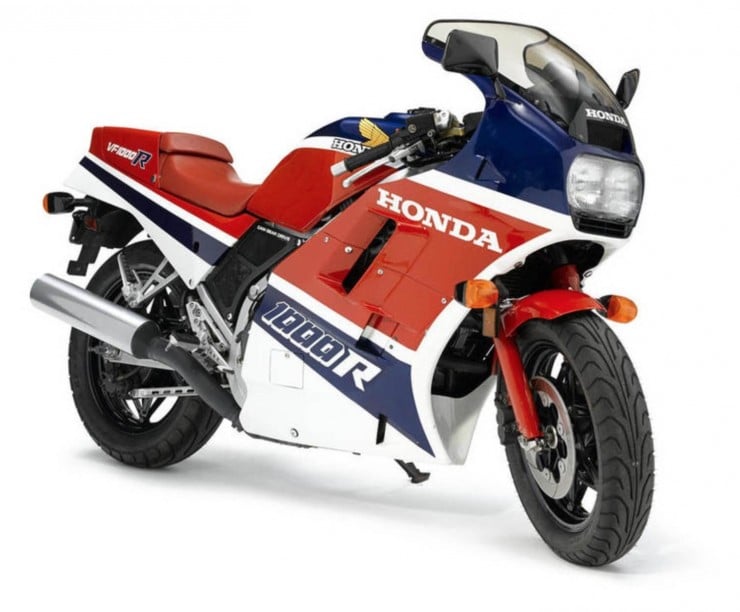 From a performance perspective, the Honda VF1000R was a revelation. The 125hp was too much for a significant number of riders and as a result, many of the bikes were wrecked or written off relatively early in their lives. The surviving bikes are seeing a surge in popularity and models like this 1986 VF100R are now officially vintage, further adding to their value so long as their condition is good and they’ve been well maintained.

Due to its gear operated cams the VF1000R is probably a better choice than the earlier chain driven cam models and a well-cared for example like this can still throw down with modern sportbikes and even embarrass them in the right hands. The model you see pictured here is due to be auctioned at the Las Vegas Motorcycle Auction on the 9th of January 2014 and has an estimated value of $6,000 to $8,000 USD, making it a fantastic alternative to a fast-depreciating modern litre bike.

Click here to visit Bonhams for the full listing. 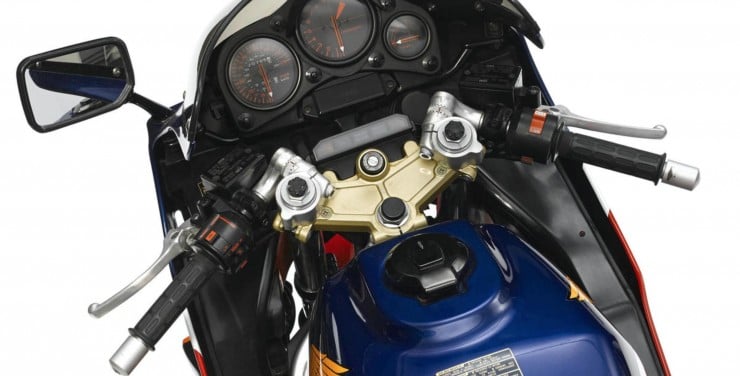 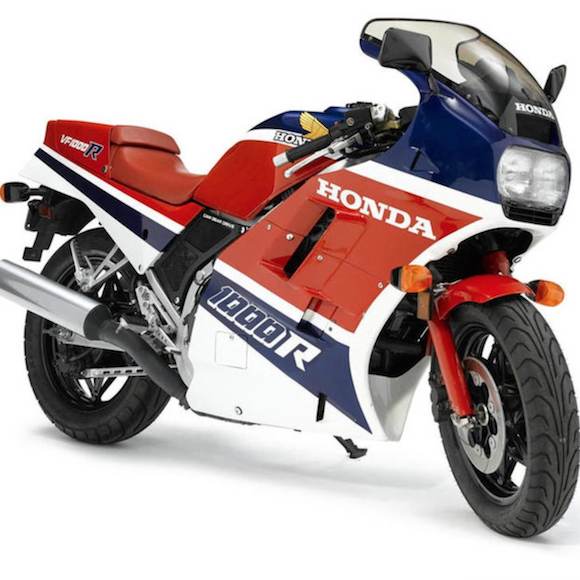