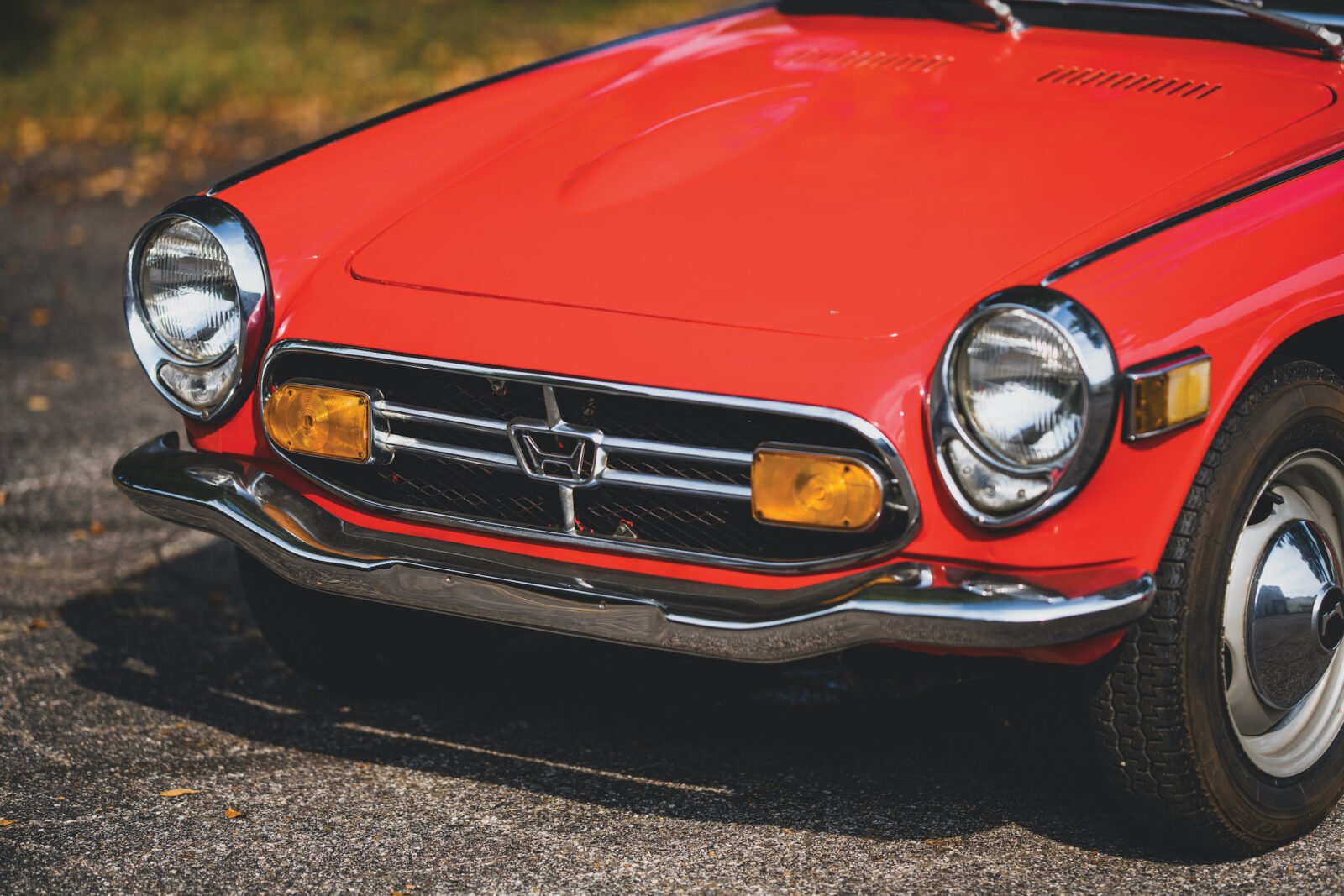 The Honda S800 was the closely related descendent of the Honda S600 from 1964, which itself was a descendent of the first Honda “S” car – the Honda S500 from 1963. The S500 was Honda’s second production car, the marque had started out making motorized bicycles before moving into motorcycles and finally into automobiles.

The S800 and its forbears all used a motorcycle-derived inline-4 cylinder engine with double overhead cams, four carburettors, tubular headers, an 8,500 rpm redline, and a chain final drive. The Honda S-series of cars were designed to compete with the smaller roadsters that had become popular in Europe in the 1960s – cars like the MG Midget, Austin-Healey Sprite, Triumph Spitfire, and Fiat 850 Spider. 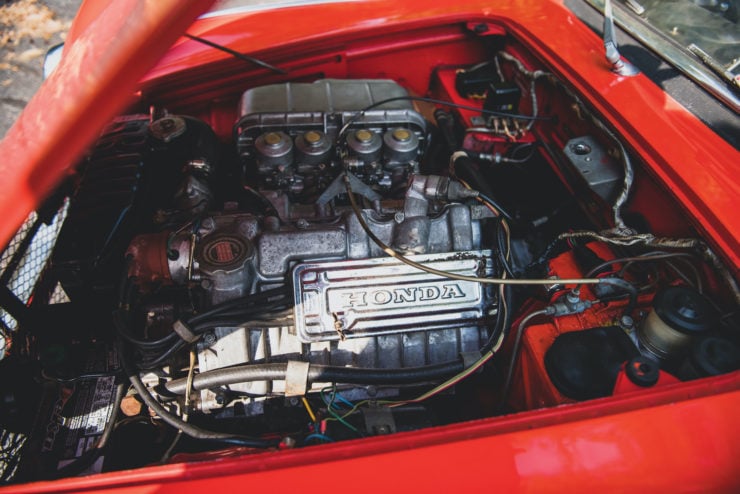 These small sports cars were designed to be inexpensive to buy, fuel efficient, fun to drive, and capable of carrying two adults with a modest amount of baggage. Honda’s plan to move into the world of automobile manufacturing was spearheaded by the Honda T360 mini pick-up truck which went on sale in mid-1963, followed by the Honda S500 later that same year.

In order to raise the company’s profile from that of a maker of inexpensive motorcycles to that of a respected car maker Honda chose to enter the competitive world of Formula 1 in 1964. Impressively they claimed their first victory a year later in the Mexican Grand Prix followed by a number of other victories and podiums as the 1960s progressed. Fans of the Honda Formula 1 team who wanted their own Honda sports car had just one option – a Honda S-series.

Of the three main iterations of the Honda S-series the S800 was by far the quickest and most powerful with its 791cc inline-4 producing 70 hp at 8,000 rpm, 49 ft lbs of torque, with a top speed of just over 100 mph – if the driver and passenger were light enough. Power was sent back to the rear wheels via a 4-speed manual gearbox, a chain final drive was used on the S500, S600, and the first of the S800 cars however a more traditional live axle and driveshaft design was used on all of the later cars. 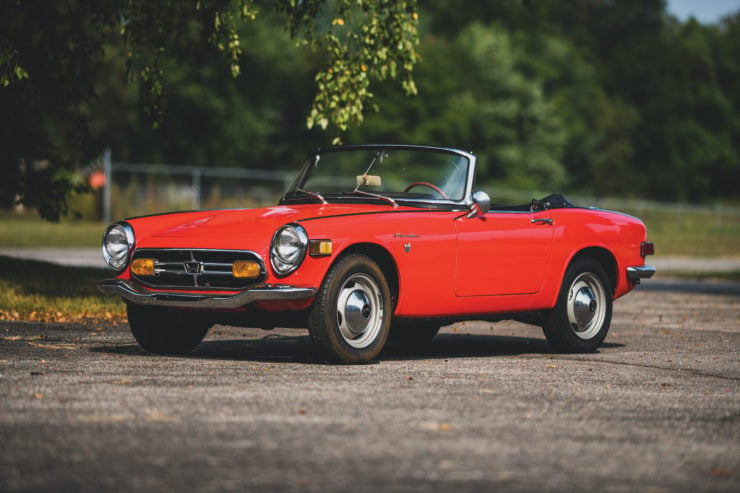 The Honda S800 was sold from 1966 until 1970, 11,536 were produced in total including both convertibles and coupes. The cars were praised by the motoring press of the 1960s as nimble with good handling, and the high-revving DOHC engines were vastly different to the simple pushrod motors used on most of the competition.

Surviving examples of the Honda S800 typically fetch a price premium over their European competitors from the era, likely due to their rarity, however they’re still reasonably affordable with prices typically in the $20,000 USD range for a good example.

The 1969 Honda S800 convertible you see here is a desirable example from the second last year of production, meaning it’s using the lower maintenance driveshaft/axle combination rather than the earlier chain drive system.

The car is finished in orange with a handsome black interior, it has Denso instrumentation, a wood-rimmed steering wheel, a folding top, and that much-loved, high-revving 0.8 litre engine under the hood. If you’d like to read more about this car or register to bid you can click here to read more on RM Sotheby’s. 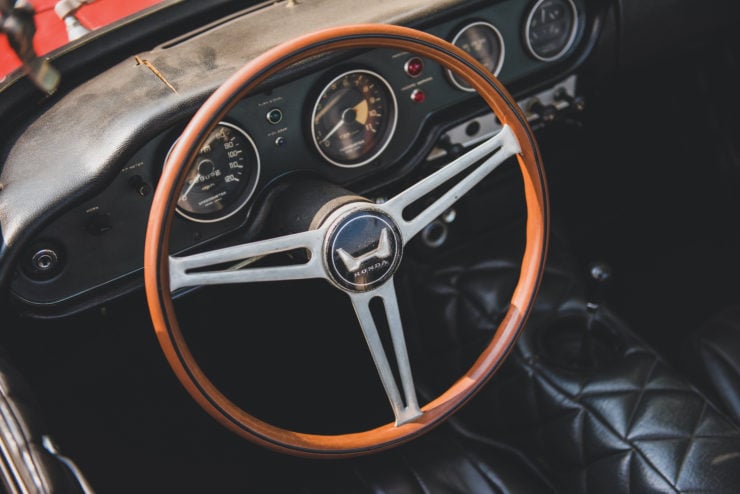 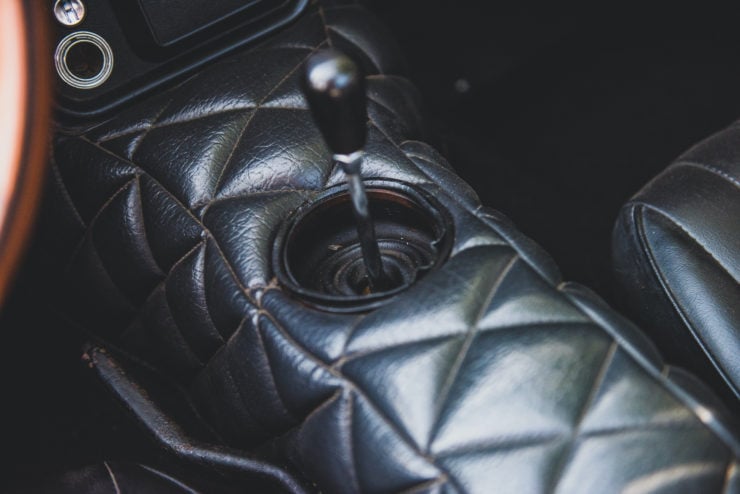 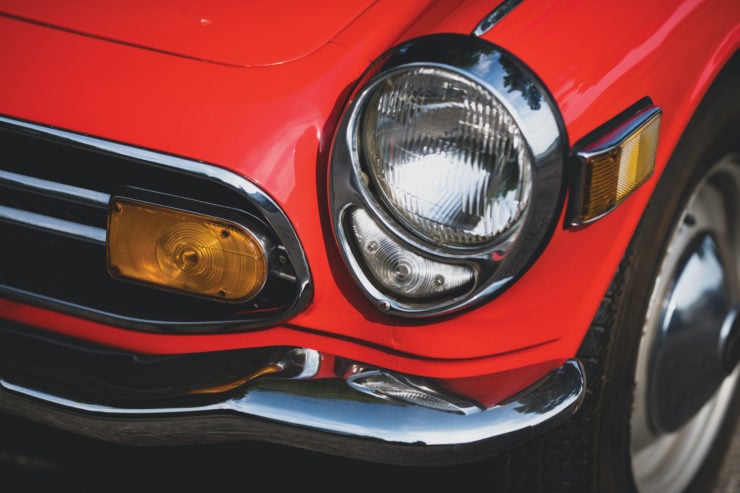 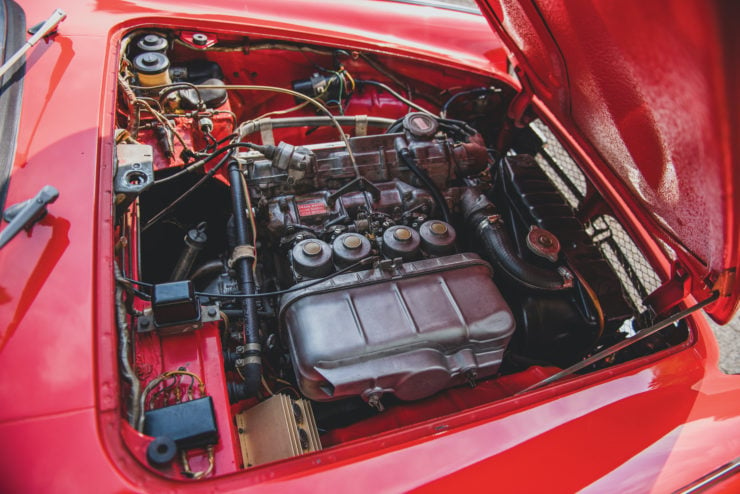 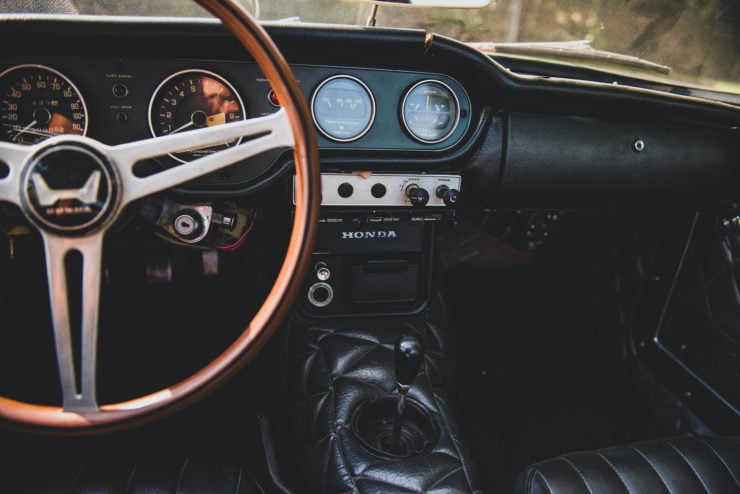 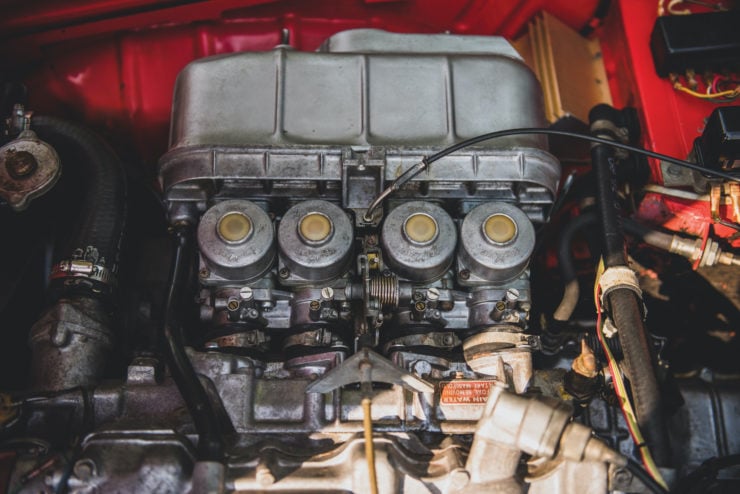 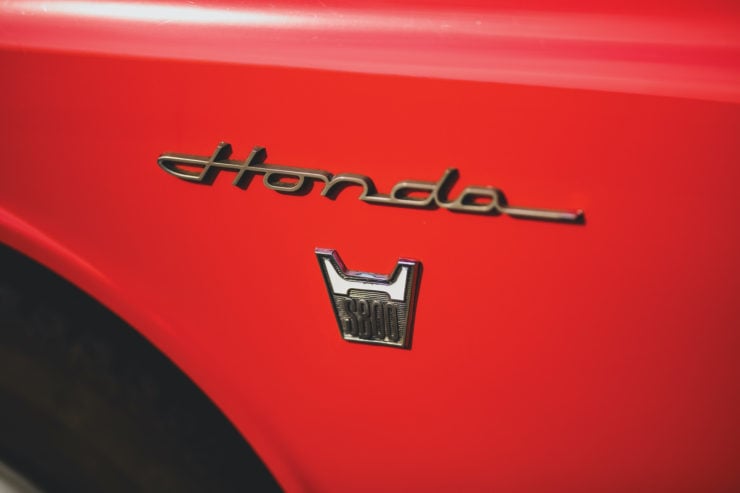 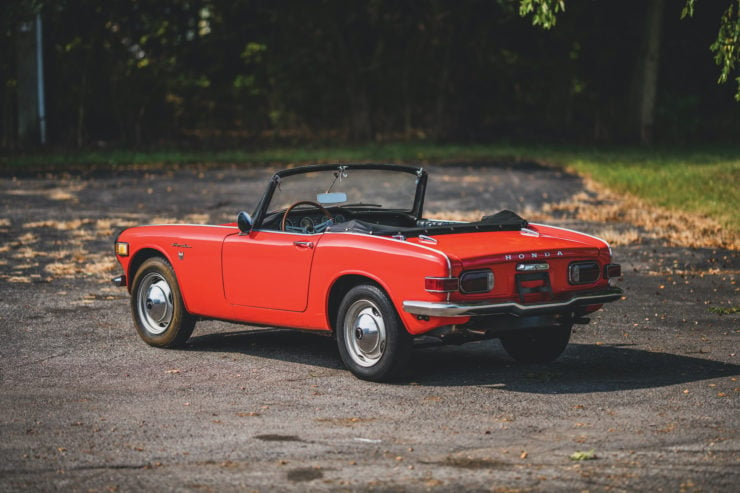 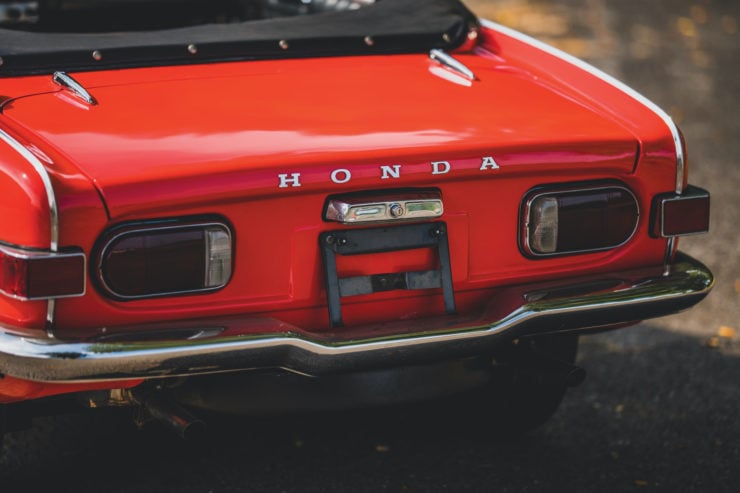 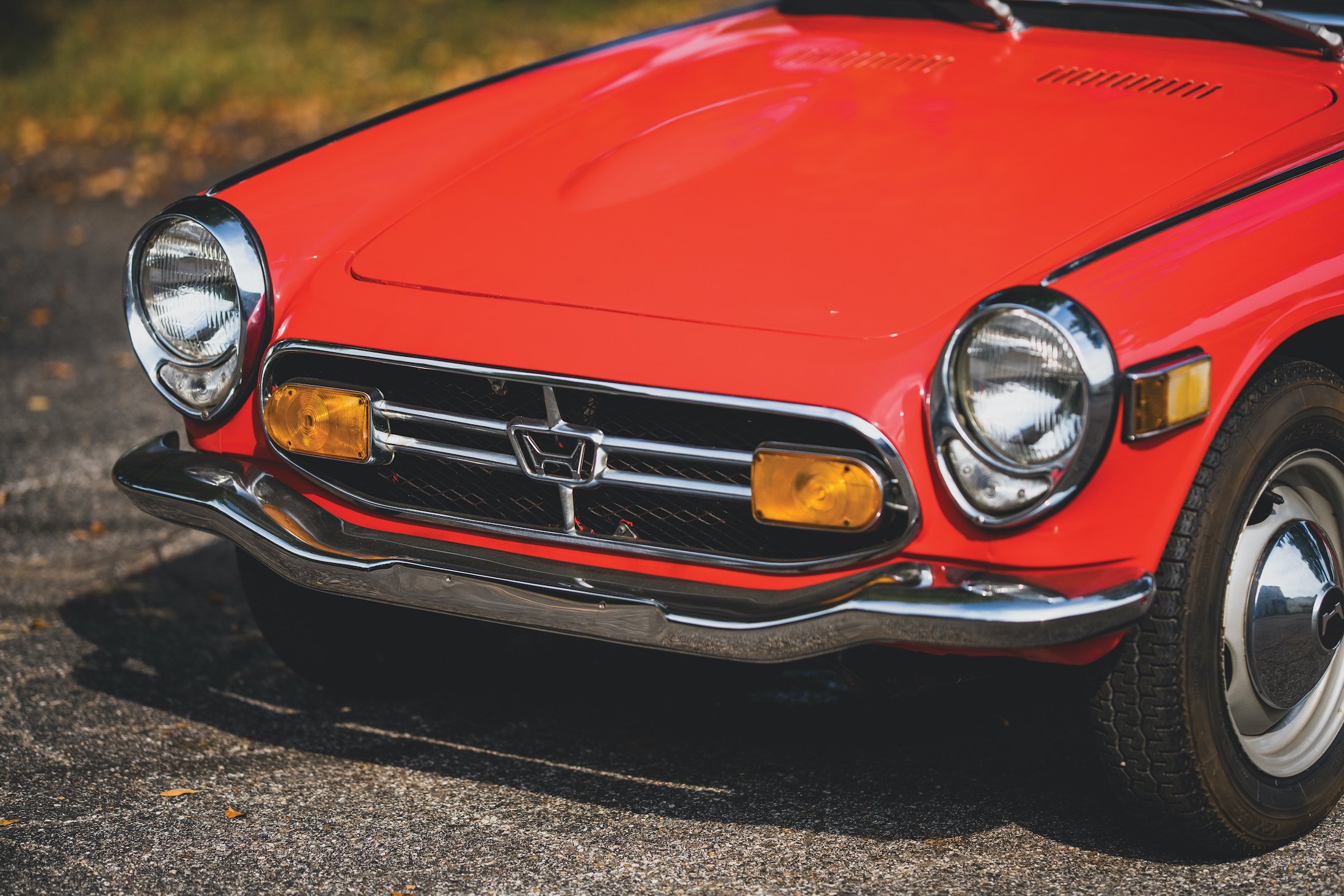