Honda Monkey Z50R – The Fastest Version Of The Original Monkey 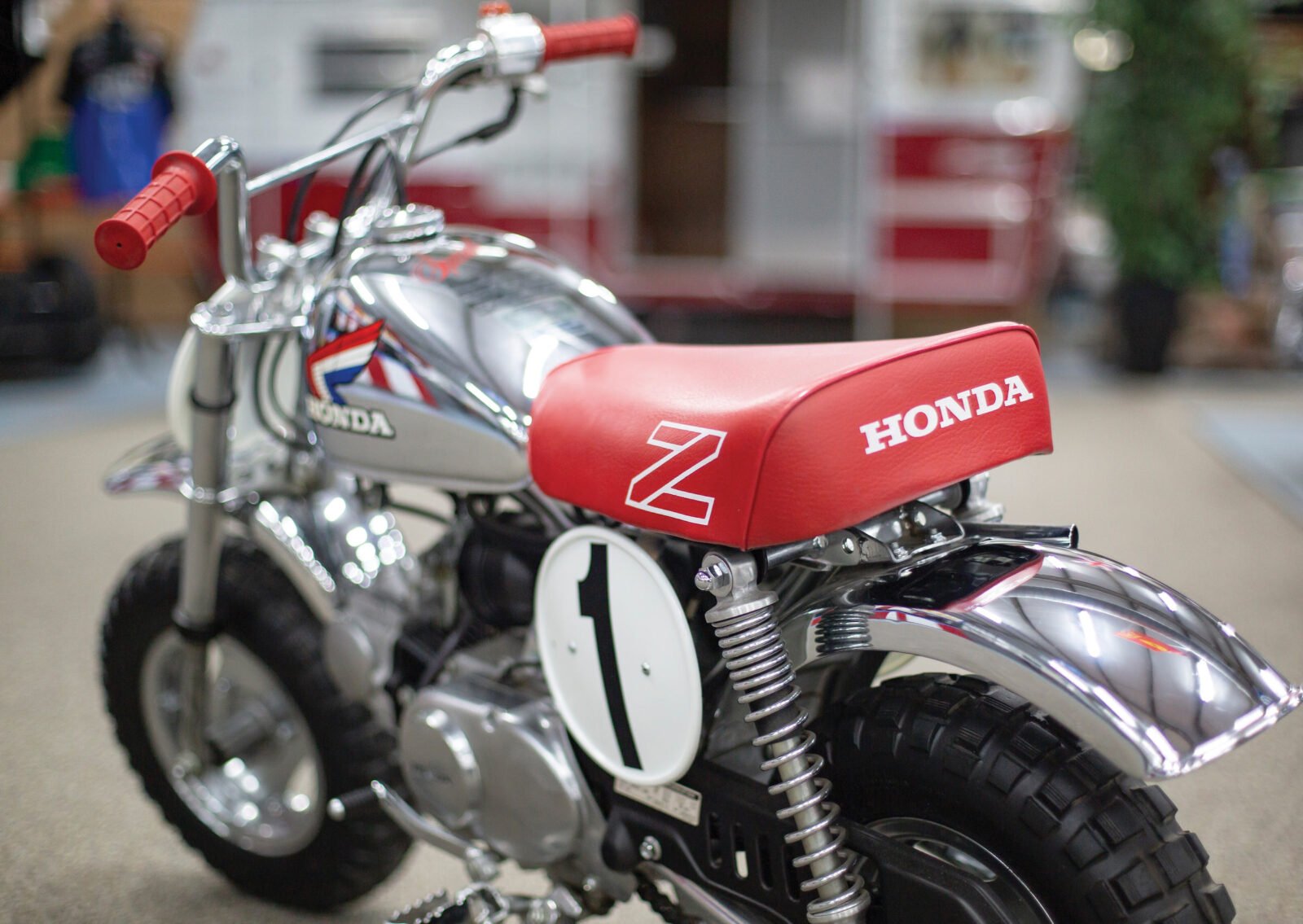 The Honda Monkey Z50R was released in 1979 as the new and improved Honda Monkey bike – so named because people looked like monkeys when riding them, with their knees up, arms out, and shoulders raised.

The truth of the matter is that the Honda Monkey came about almost by accident, Honda had developed an extremely simple minibike specifically for a children’s amusement park named Tama Tech in Japan. These low production volume kid’s bikes were fitted with a 50cc engine, no front or rear suspension, and chunky tires.

The extraordinary popularity of the Tama Tech minibikes led Honda executives to realize they might be onto something, and they launched a plan to put them into production. The first examples were very similar to the amusement park bikes – with no suspension, large seats, and simple 50cc OHV engines. 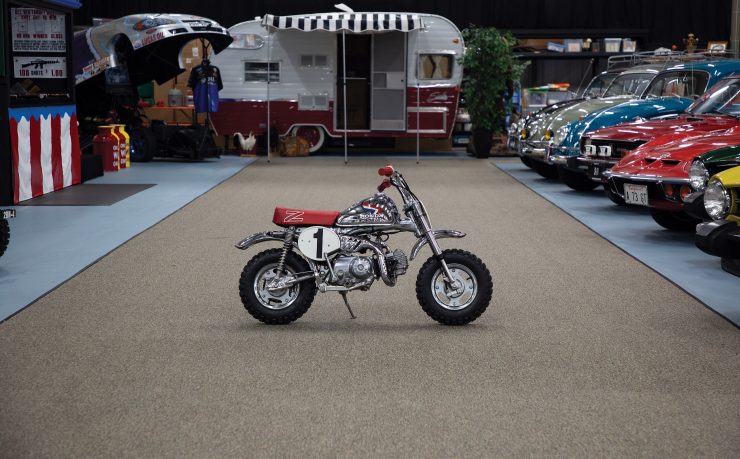 Many families who had never before considered buying a motorcycle would buy themselves a Honda Monkey – they were seen as approachable and relatively safe, and more often than not it would be Dad or Mum who spent the most time riding them while the kids would be lucky to get a look in edgewise.

Over the course of the model’s decades long production run the Honda Z-Series would be offered in a wide variety of sub-variations including the Z50A, Z50J, Z50M, Z50R, and ZB50. Of these the most desirable (to most collectors) is the mighty Z50R – this was the version commonly used for mini motocross competition.

In 2018 an all-new Honda Monkey hit showroom floors (2019 model year), with a 125cc engine and slightly better accommodation for larger riders. So far it’s proven to be a hit, and despite its relative newness it’s already a common sight on the streets of many large cities. 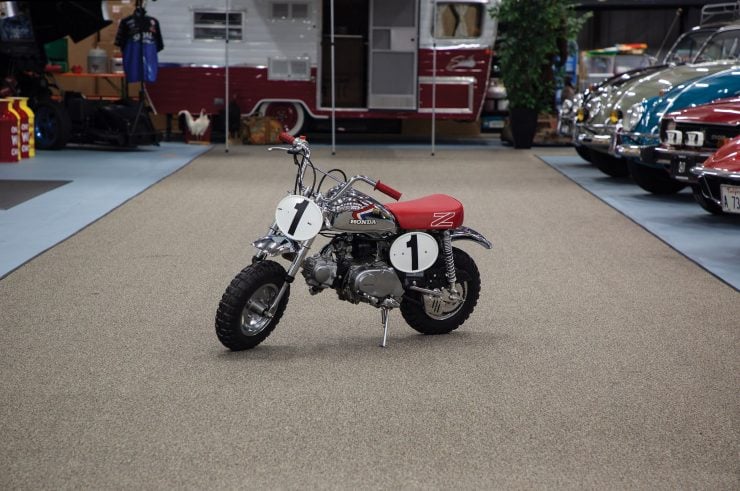 So far as motorsports go, I can think of no category more entertaining to watch or take part in than Honda Monkey racing.

The quickest version of the Monkey was the Honda Z50R – it was released in 1979 with the higher-performance overhead cam 49cc engine capable of more power than the overhead valve unit that had been used on many other Monkey bikes previously.

The Z50R featured front and rear suspension, a more traditionally shaped fuel tank, a flatter seat, and a left-side exhaust. The only color available for the first couple of years was “Tahitian Red” and it was fitted with a single carburetor and a 3-speed gearbox.

Honda would keep the Z50R in production from 1979 till 1999, by which time it had evolved into a fully-fledged mini-motocross bike. In 1986 a special edition of the model was released with the model designation Z50RD – it became known as the Christmas Special as it was released in the lead up to the holiday season, almost certainly to capture some of that lucrative Christmas money.

The model shown here is an original Z50RD, it’s still fitted with its original chrome fenders, fuel tank, and handlebars. The seat and grips were entirely unique to this year and they now fetch significant money among collectors. The Z50RD itself was produced in very limited numbers, only 3,000 or so, and they’re now among the most collectible of all Honda Monkeys.

If you’d like to read more about it or register to bid you can click here to visit the listing on RM Sotheby’s. It’s due to be offered for sale at The Petersen Automotive Museum Auction on the 8th of December. 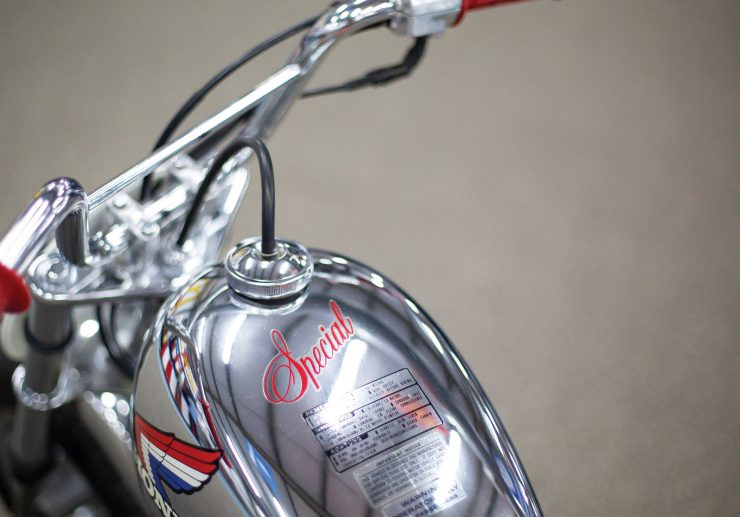 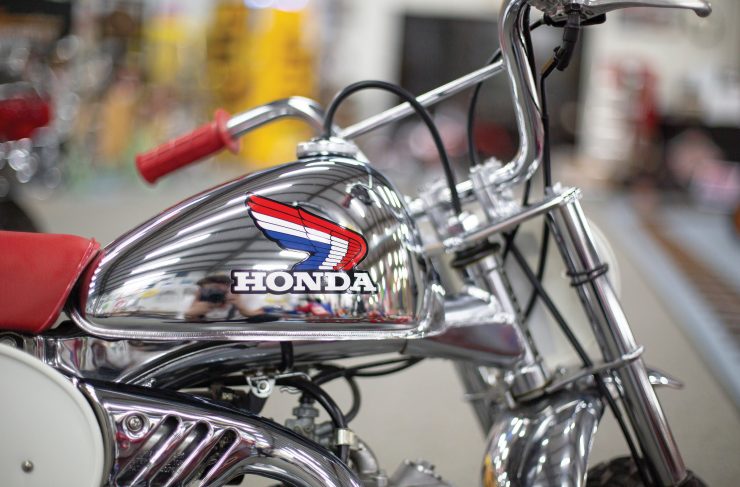 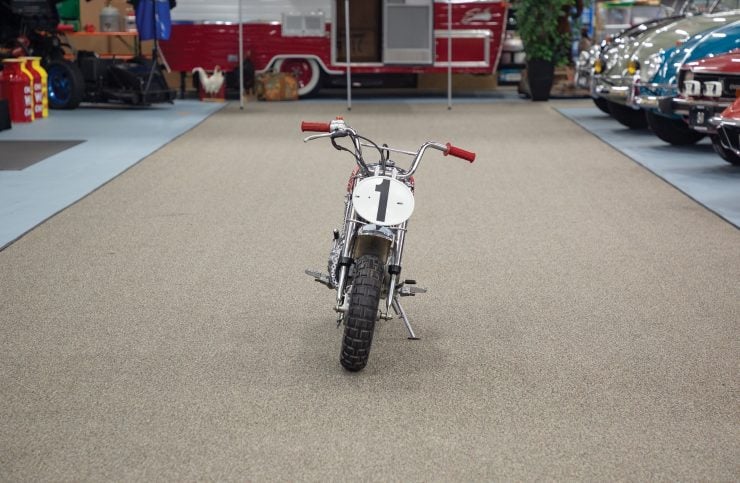 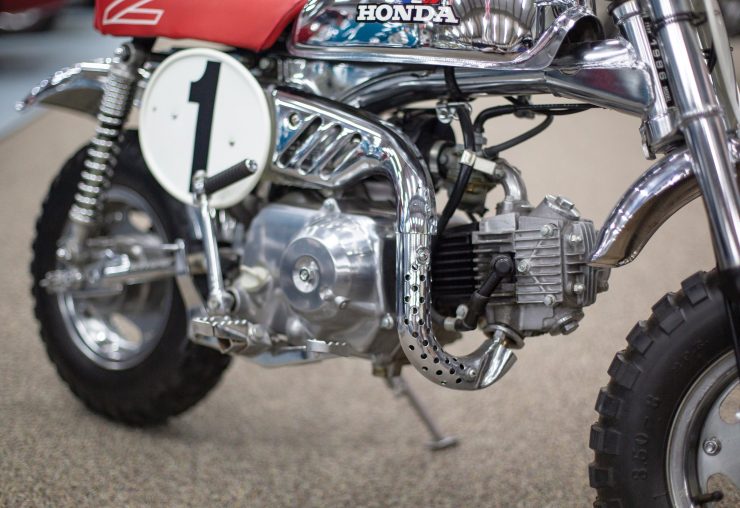 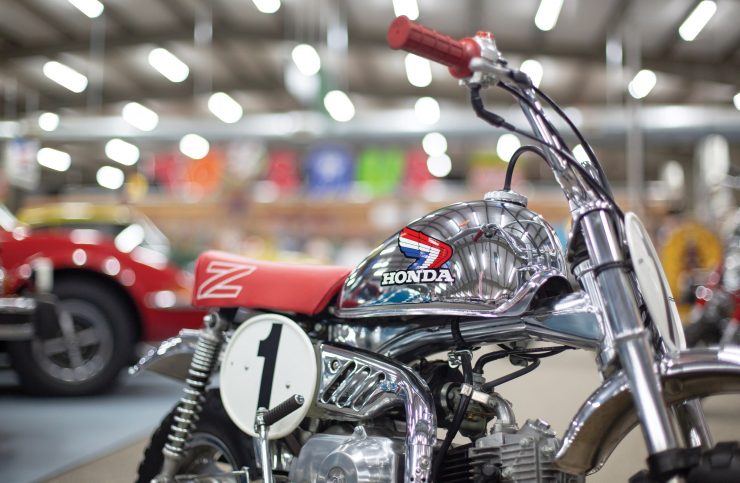 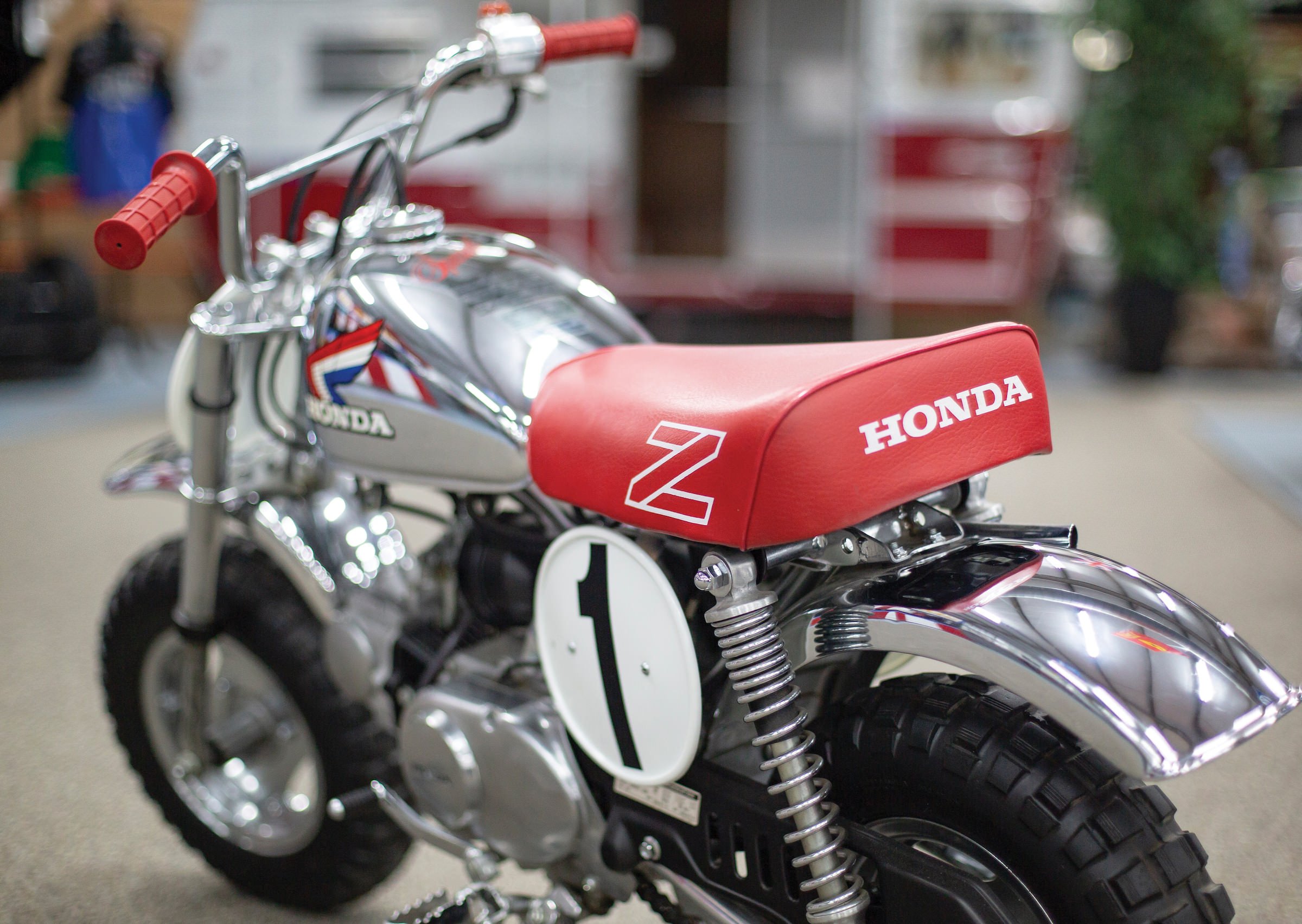