iPad Mount by Peg and Awl 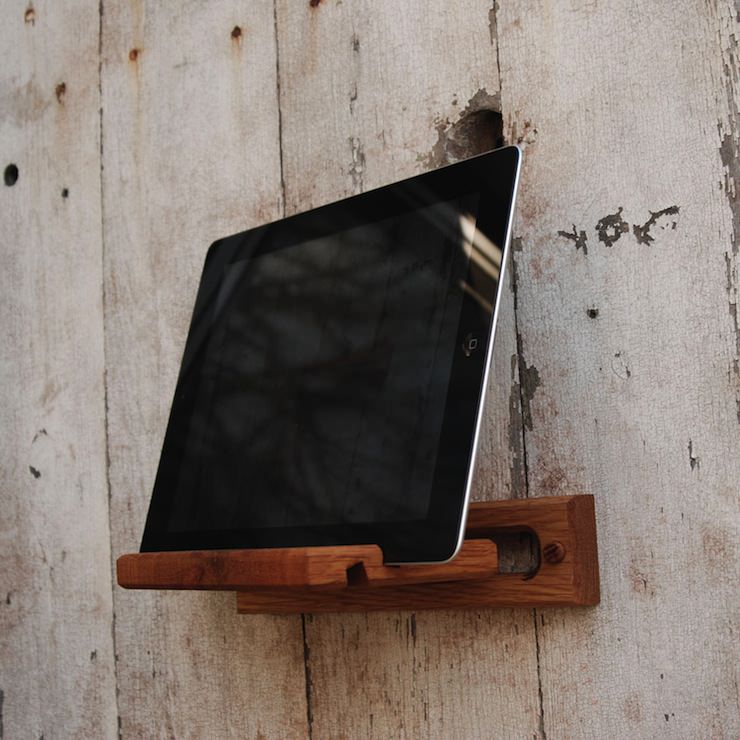 So I stumbled across a unique problem last week, I was challenged by a friend and long time Silodrome reader to find an iPad wall mount that he could use in his garage. The problem was that it couldn’t be made from plastic and it had to actually look good in a garage full made of iron, wood and bricks.

I set about researching this and quickly learned that all the mainstream iPad mount manufacturers are obsessed with plastic, rubber suction cups and a long list of other, decidedly not-gasoline culture materials. Eventually I ended up on Etsy where I came across this wooden wall mount by Peg and Awl, each one is made from reclaimed oak from the 1800s and features a removable mount that can be rotated left or right to ensure the iPad is always facing you, no matter where in the room you base yourself.

After finding it I realised that many of you might find it useful as well, iPad can be used to display blueprints, instruction manuals, patterns, sketches and anything else you can imagine, so many people have taken to having one in the garage. 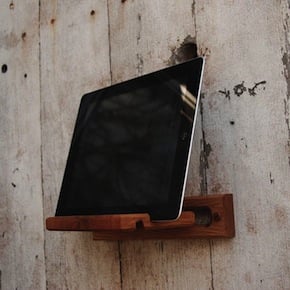 Published by Ben Branch - October 8th 2013
Related Posts
The Bike That Helped Save HD From The Great Depression: The Harley-Davidson Model D