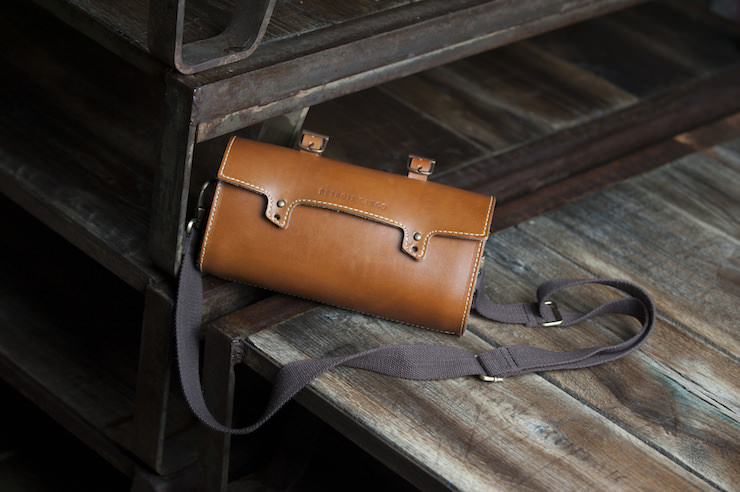 This leather tool bag by Detroit Cargo has twin leather straps on the back, allowing it to be mounted on the front or back of a bicycle or motorcycle. Each bag is made by hand in Detroit from American materials and comes with a 10 year warranty, which isn’t something you see everyday in the modern world where cheapness and disposability seem to be prized above all else.

For those of you with vintage motorcycle that need tweaking, fixing and repairing on a regular basis – a period-correct tool bag might be exactly the sort of thing you might want to keep handy. 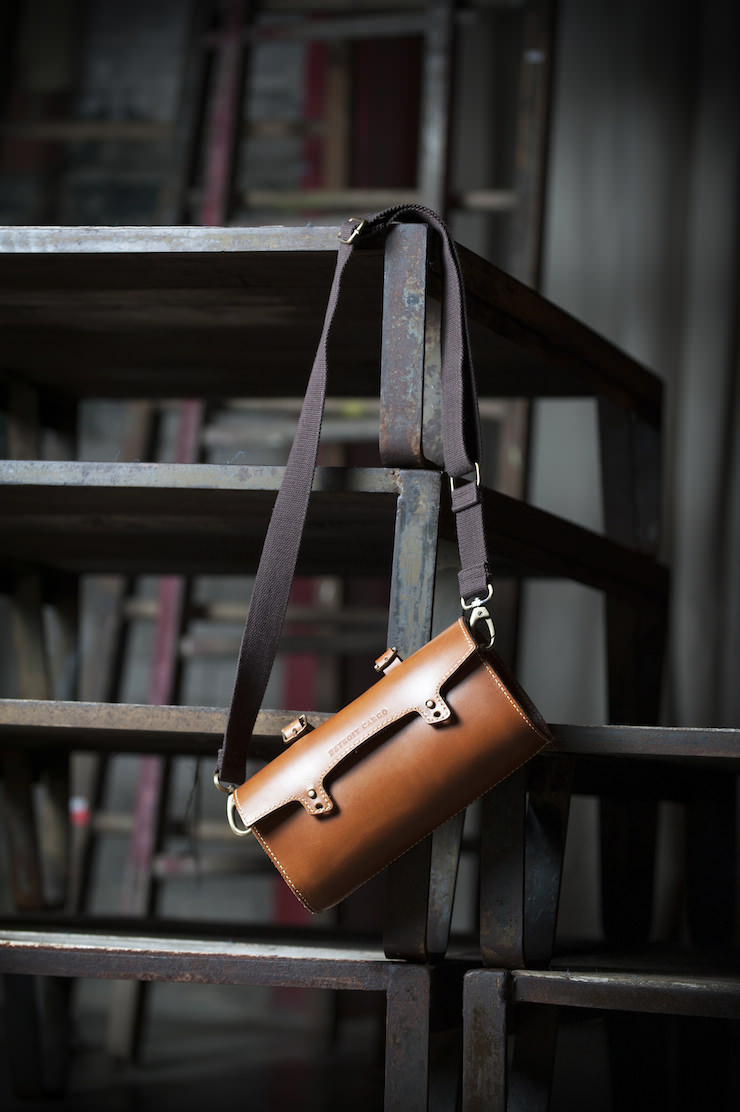 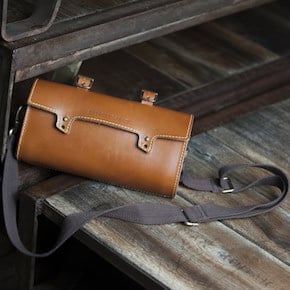