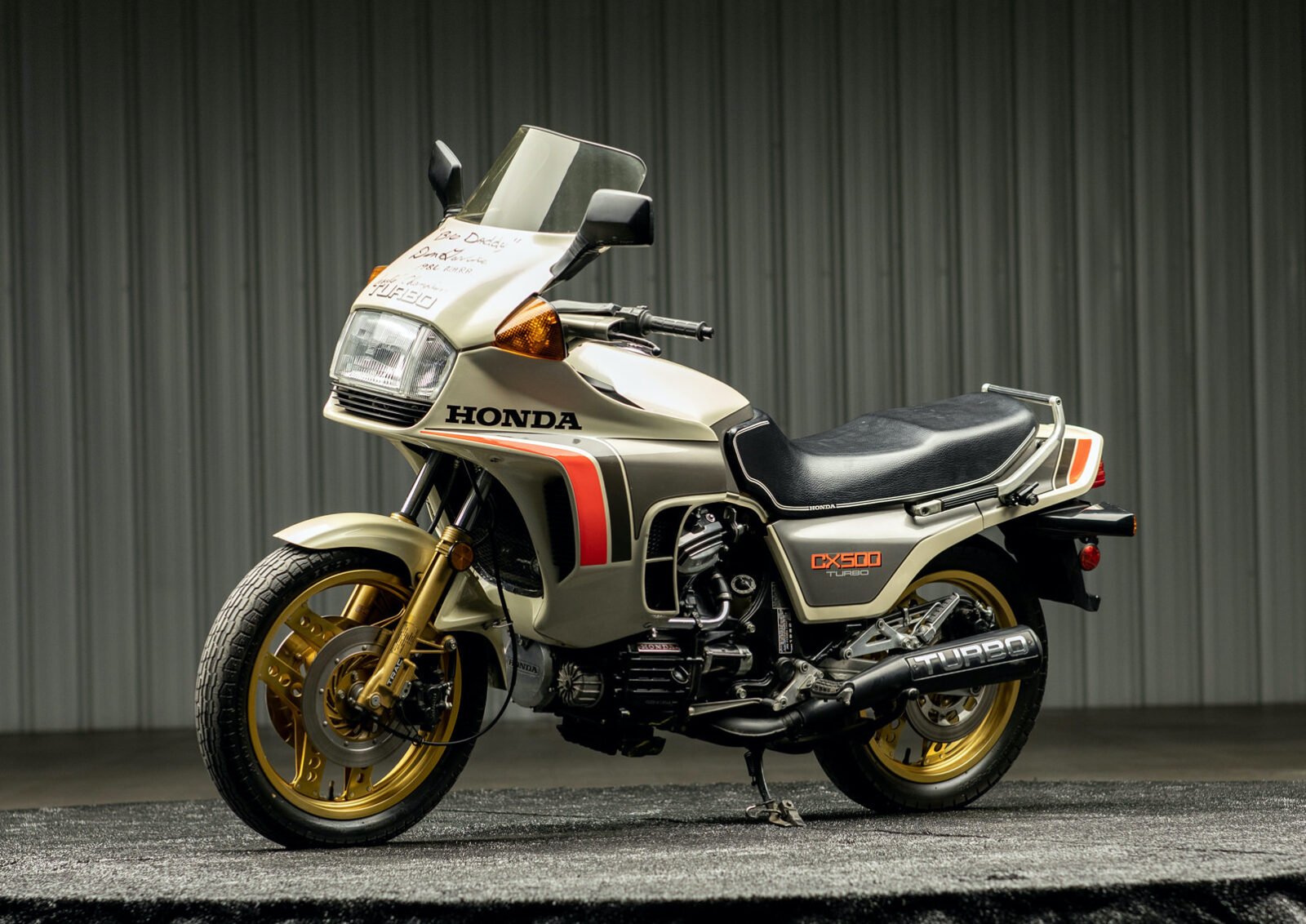 The Honda CX500TC is today remembered as a fascinating piece of 1980s motorcycle trivia, it was the first production motorcycle to be fitted with a turbocharger and it led to an arms race among the four big Japanese motorcycle manufacturers to create the fastest turbocharged motorcycle in the world.

Unsurprisingly these motorcycles quickly found their way onto the blacklists of many insurance companies, the turbo lag followed by a sudden delivery of power sent more than a few motorcyclists into hedges.

When the Honda CX500 was released in 1978 it was a somewhat baffling design. Honda had essentially invented the concept of the modern superbike in 1969 with the release of the CB750, an inline-four cylinder motorcycle with a single overhead cam, unit construction, a front disc brake, an electric starter, and no oil leaks. 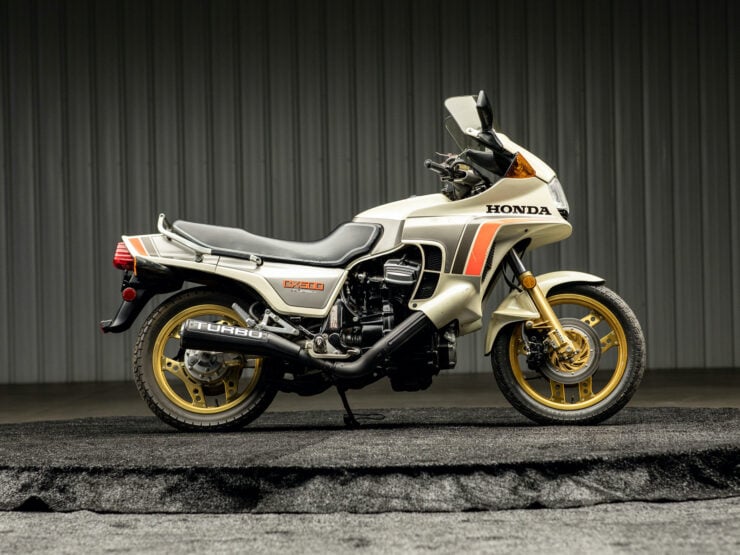 The CX500TC features a full fairing and it makes ample use of “Turbo” branding to let other road users know what you’re riding.

The CX500 which came almost 10 years later was fitted with a longitudinally-mounted V-twin with the gearbox mounted inside the engine casing below the crankshaft. Four overhead valves were operated by pushrods, and power was sent to the rear wheel via a shaft drive. In a way the CX500 included design elements from Honda, BMW, and Moto Guzzi.

Ultimately the CX series of motorcycles from Honda would prove unsuccessful and the company would only keep them in production from 1978 until 1983. That said, they did sell over 180,000 of them worldwide, so they must have been doing something right.

The key reason the CX500 was chosen as the first production motorcycle to receive a turbo was almost certainly due to its liquid cooling. It was the first liquid cooled motorcycle ever made by Honda, and after some initial teething trouble the engine had proven itself to be bomb proof.

The design of the CX500 V-twin is a little unusual, it has an 80º bank angle and the heads are rotated 22º to keep the intake out of the way of the rider’s knees. The 5-speed gearbox is mounted directly beneath the crankshaft and it counter rotates to help counter the spinning gyroscopic forces of the crank and flywheel that can tend to make the bike lean during heavy acceleration.

The CX500TC was developed with an aerodynamic fairing and a front-mounted IHI turbocharger with no intercooler. This is obviously a recipe for heat, which is why it was so important that the engine had liquid cooling and a reputation for reliability. 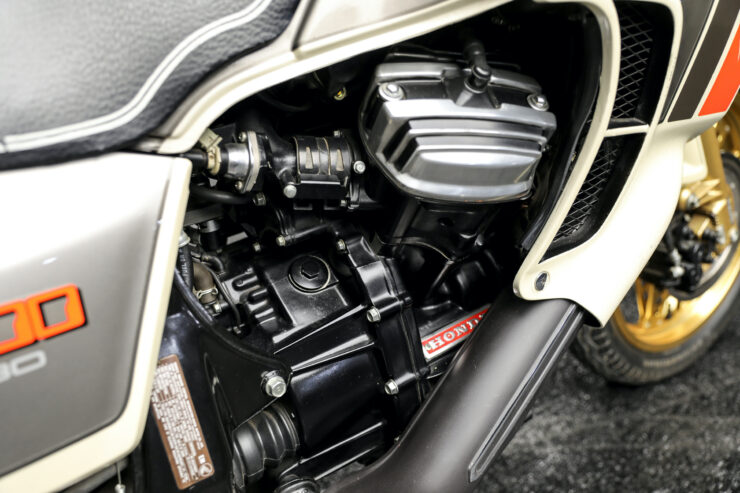 The heads on the engine were both rotated by 22º to keep the intakes out of the way of the rider’s knees.

Power output was impressive by the standards of the day, with 82 hp at 8,000 rpm and a top speed of over 120 mph. More important than any of that was the prominent “Turbo” livery that adorned the bike, turbochargers being a 1980s necessity for anyone seeking speed and notoriety.

It’s believed that only 7,000 or so examples of the CX500TC and its successor would be made, so they were rare bikes then and are even more so now. Surviving examples have been slowly rising in value, along with their turbocharged rivals from Yamaha, Suzuki, and Kawasaki.

The Honda CX500TC you see here has a more interesting history than most, it was gifted by Honda to none other than “Big Daddy” Don Garlits as the NHRA Champion, arguably the most famous drag racer in history.

The odometer reads 4,555 miles so its clear that the bike has seen some limited use, after Garlits’ ownership the bike was acquired by Denny “Kannonball” Kannenberg who added it to his 165 strong motorcycle collection after Garlits had added his signature to the front fairing.

Kannenberg is now selling his motorcycles with the auction due to take place on the 10th and 11th of September. This CX500TC is among the bikes being offered, if you’d like to read more about it or register to bid you can click here to visit the listing. 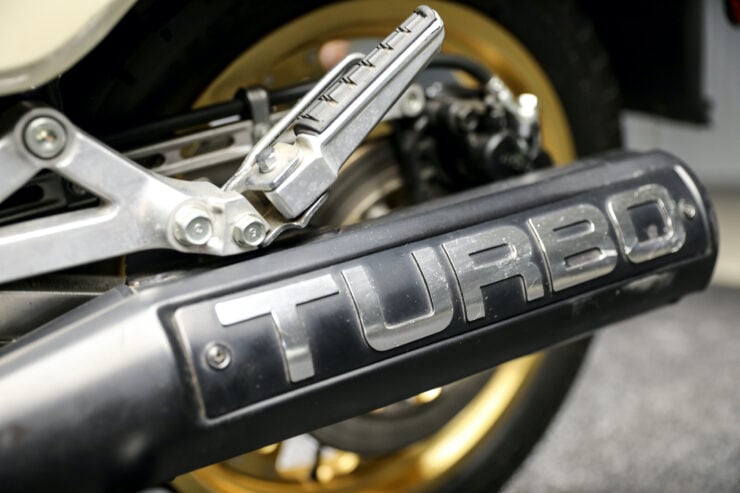 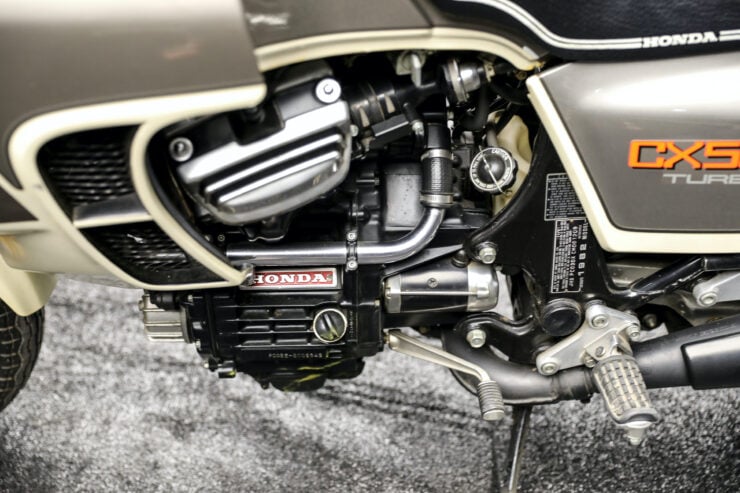 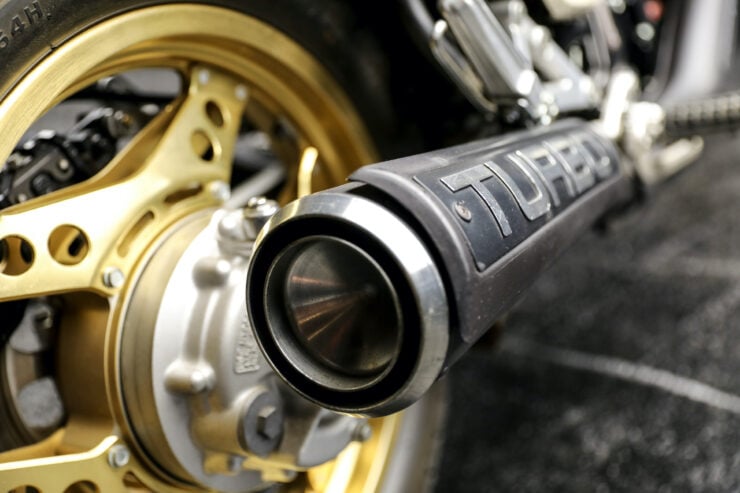 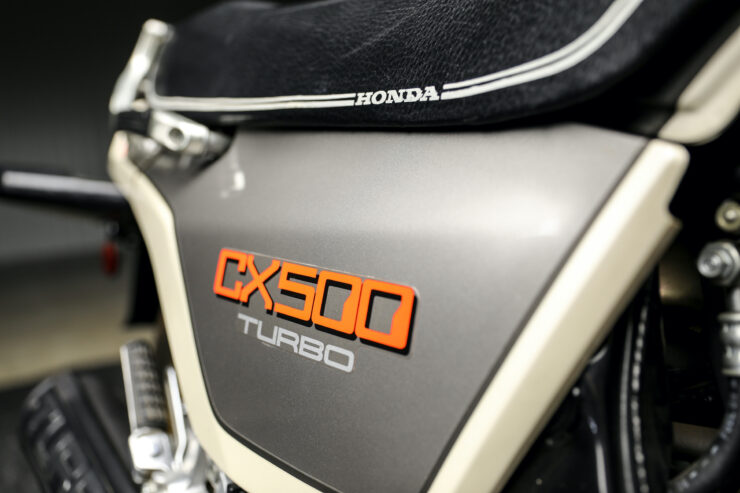 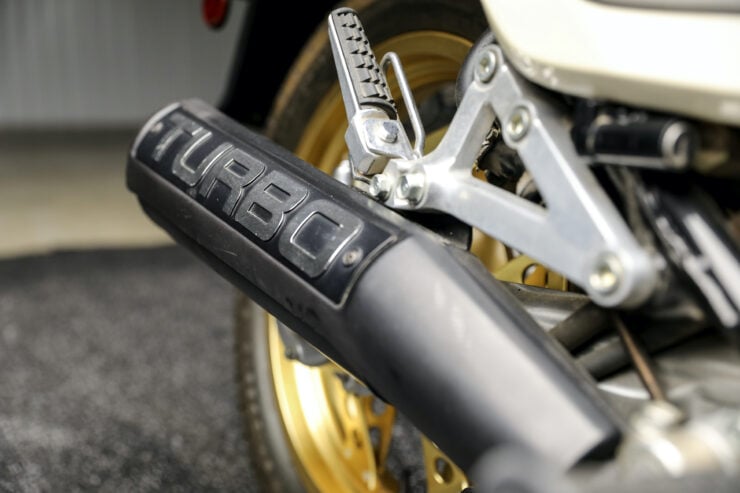 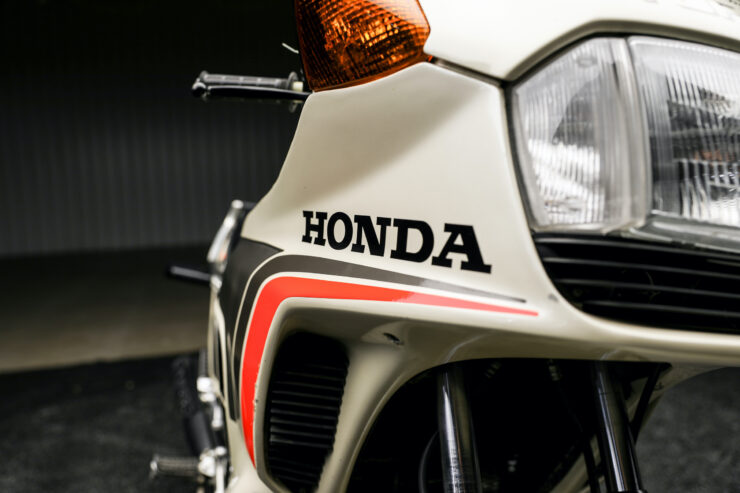 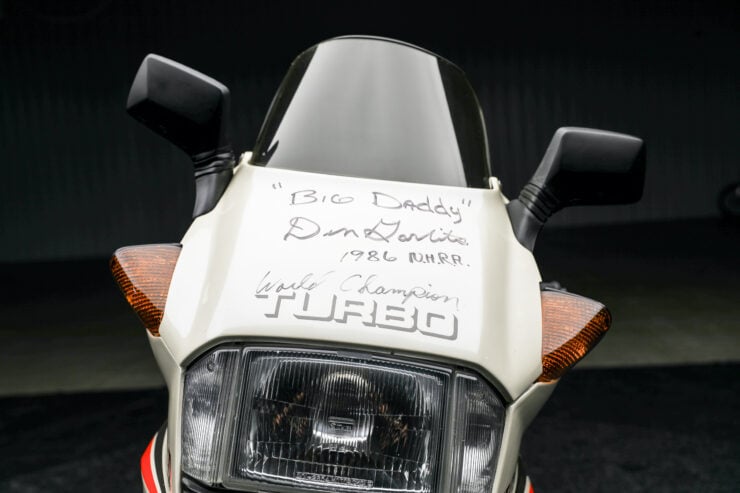 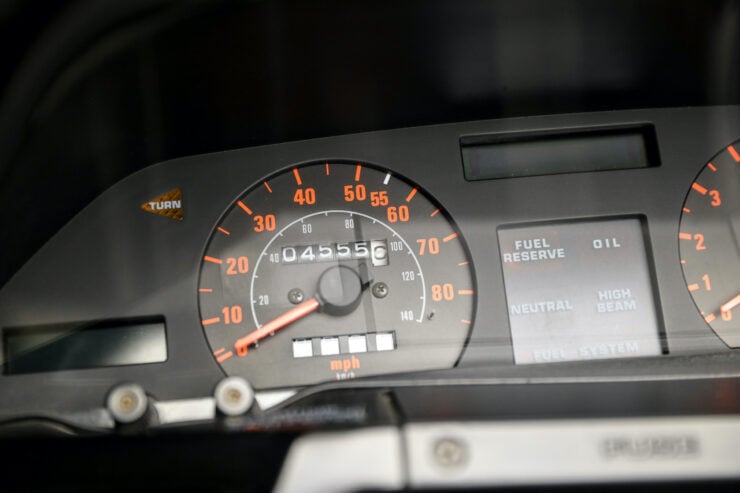 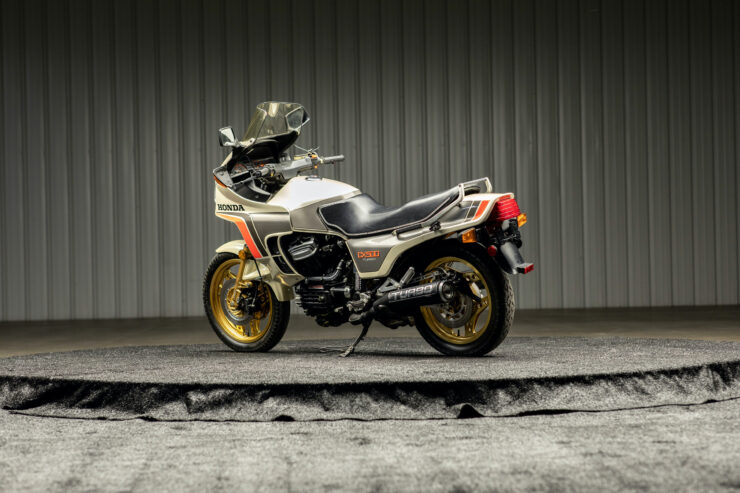 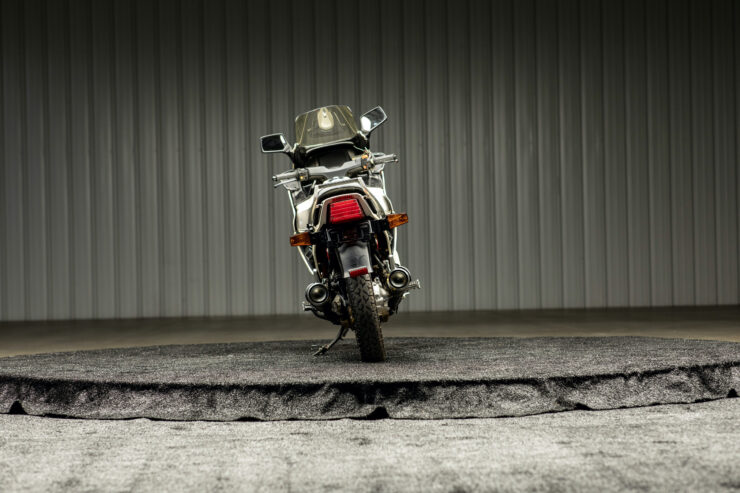 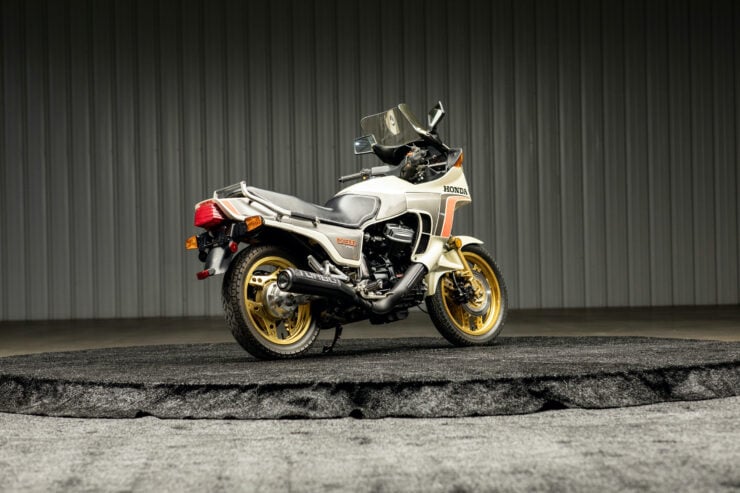 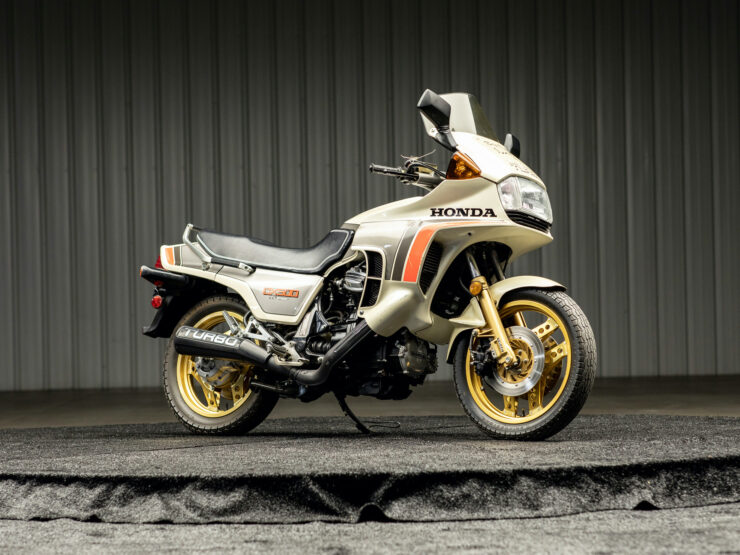 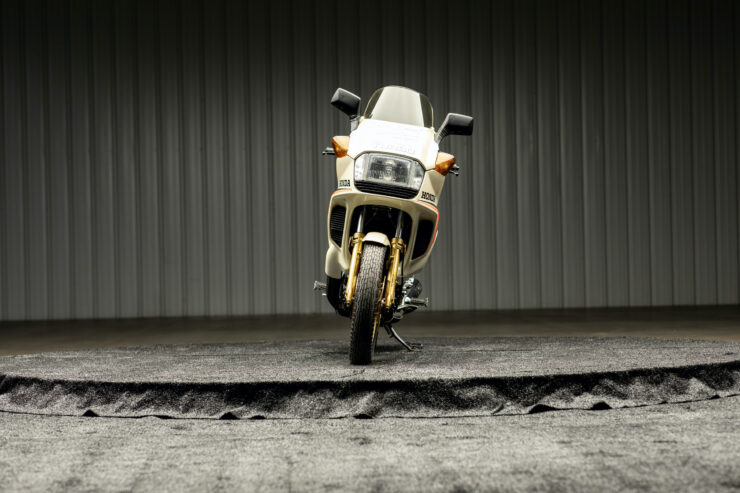 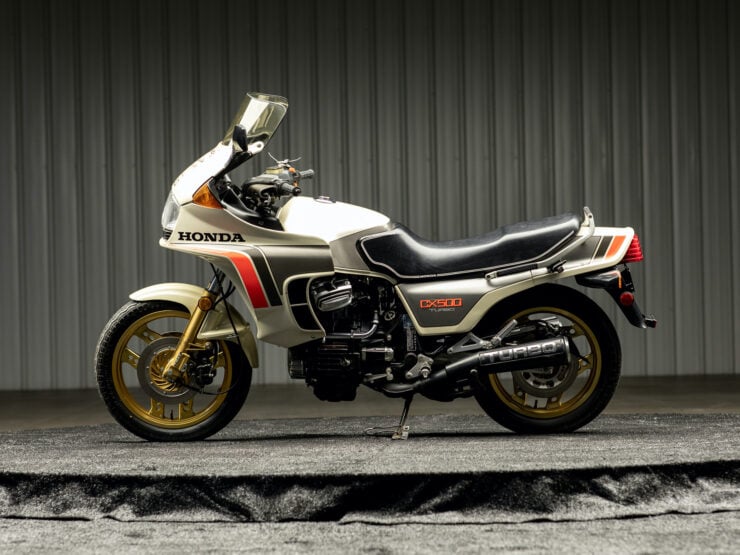 Published by Ben Branch - September 8th 2021
Related Posts
The Honda Cub EZ90: The Motorcycle Of The Future From 1991