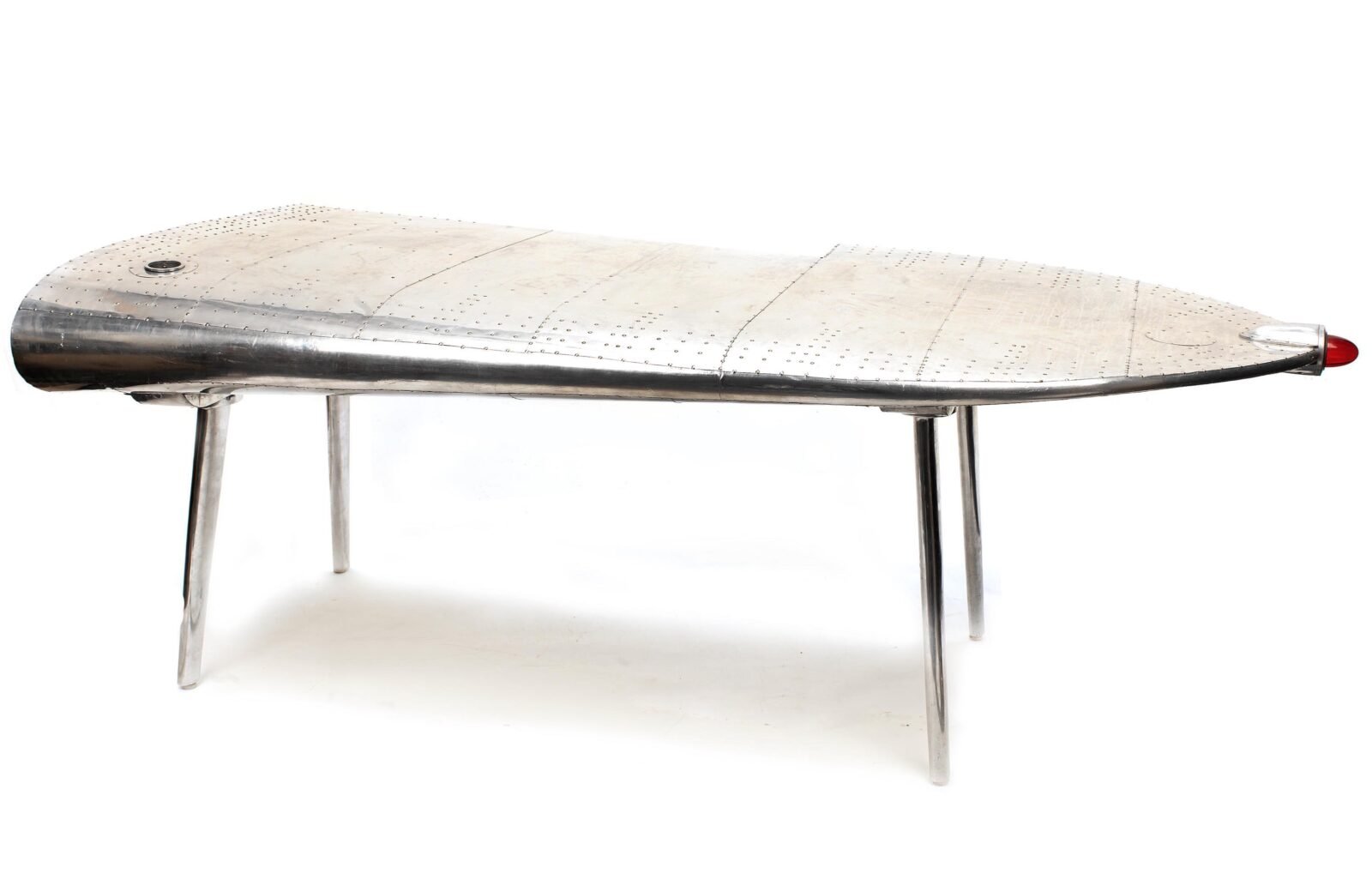 This is an office desk that’s been made using an authentic wingtip from a Douglas DC-3, or more specifically from a Dakota DC-3, which was the military version of the aircraft used by the RAF, RAAF, RCAF, RNZAF, and SAAF during WWII and for many years afterwards.

The DC-3 is an aircraft that needs no introduction, it was one of the most important passenger aircraft designs of the mid-20th century and it was produced in the United States as well as under license in the Soviet Union and Japan – in total over 16,000 were made including the DC-3 and the C-47 and C-53 military versions.

Interestingly there are still hundreds of them flying in countries around the world, many in private hands or museum ownership. The DC-3 was rapidly developed as a wider version of the original DC-2 that could accommodate 14-16 side-by-side sleeping berths or 21+ regular seats.

The Dakota, or the Douglas C-47 Skytrain, was produced in vast numbers during WWII as the aircraft had proven invaluable as a troop transport aircraft that could also be used for transporting cargo and wounded, stretcher-ridden soldiers. 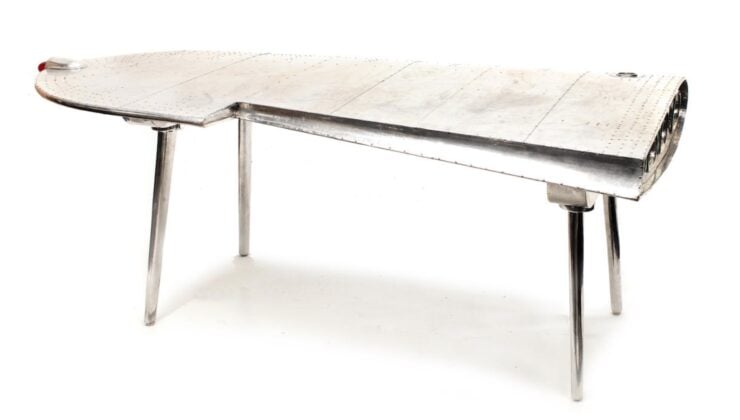 This desk was made by flipping a DC-3 wing upside down to user the flat underside, four legs were attached, and the red light on the end of the wing still works.

After the war many of these C-47s were converted for commercial civilian use, and they proved ideal for landing in more remote areas on shorter dirt runways, and carrying a combination of paying passengers, cargo, and mail.

The Dakota DC-3 wingtip you see here has been converted for use as an office desk, before the legs were fitted the wing was flipped to present the flatter surface – the underside of aircraft wings are typically flatter than the upper side due to Bernoulli’s principle.

The red light on the tip of the wing is still active and a power cord is included so that it can be illuminated if the new owner should wish. The desk sits on four cast alloy legs with adjustable feet and it measures in at 220cm x 105cm x 78cm which works out to 86.6″ x 41.3″ x 30.7″. 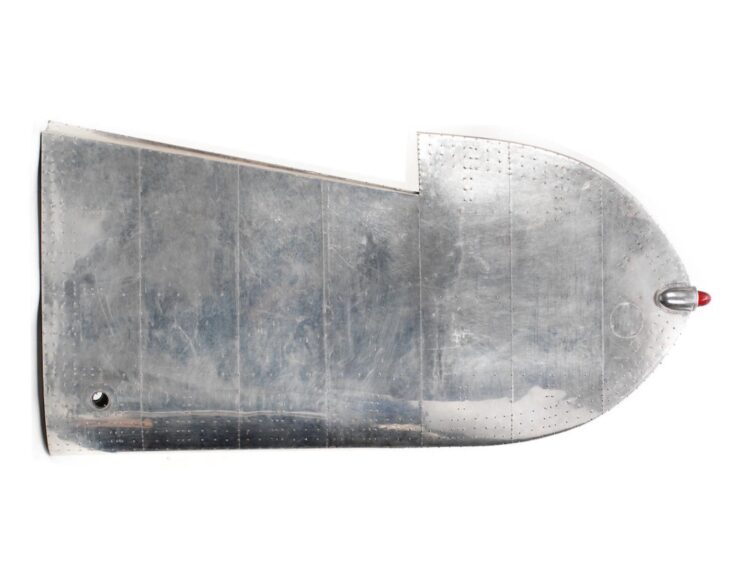