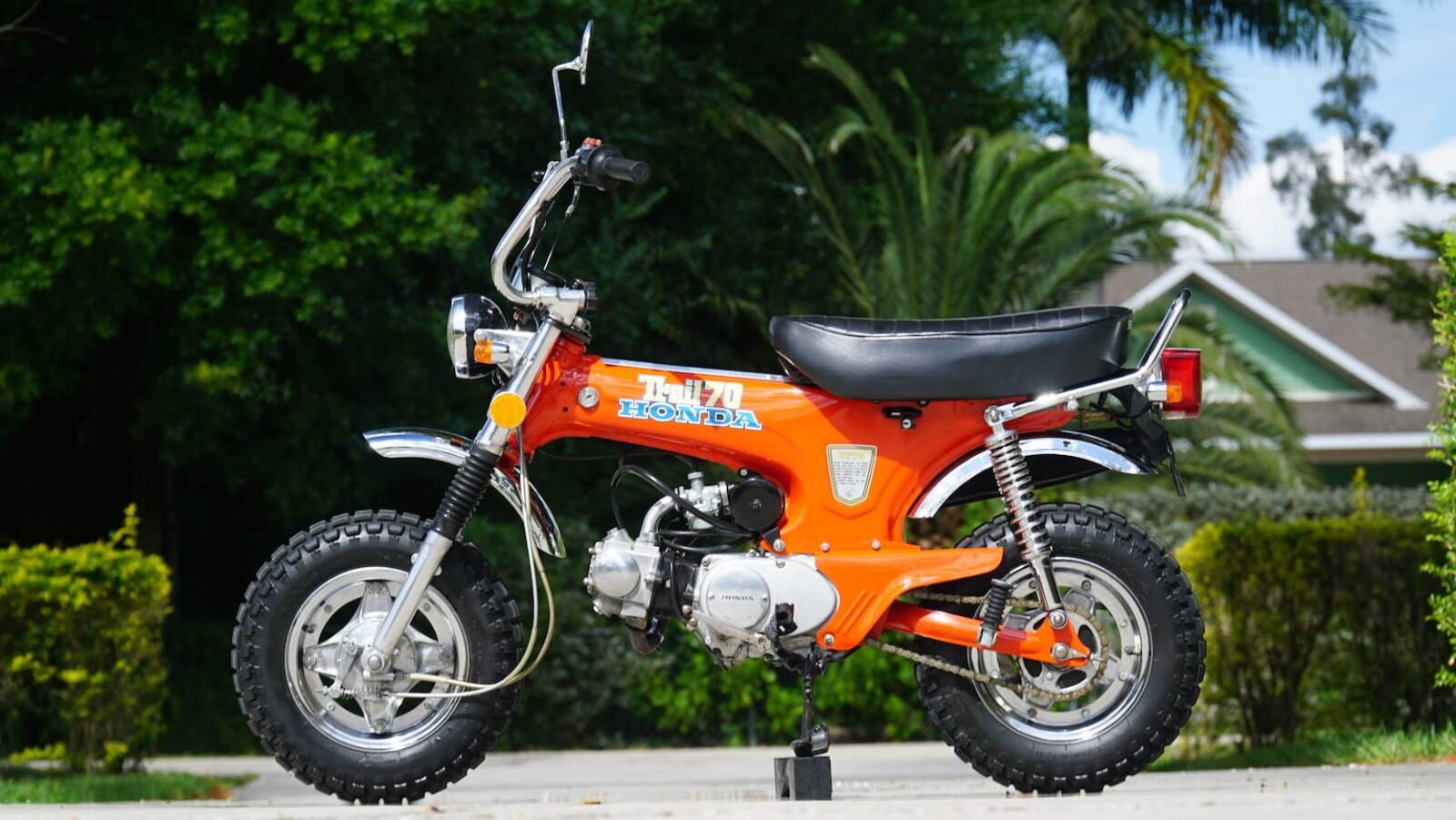 The Honda CT70 was released in 1969 as a larger sibling to the hugely popular Honda Z50 Monkey Bike. CT was an abbreviation of “Cub Trail” which encapsulated the intentions of the new model – it was a small trail bike designed to be cheap, easy to ride, and simple to maintain.

The CT70 is also called the “Dax”, a reference to the fact that the pressed steel frame makes it look a little like a Dachshund – otherwise known as a sausage dog.

Honda engineers developed a pressed steel backbone frame for the CT70, it was both strong and less expensive to make than a more traditional frame made from tubular steel. The engine is mounted beneath the top section of the frame, it’s an air-cooled, single cylinder, four stroke 72cc unit with a single overhead cam, a single carburettor, and two valves. 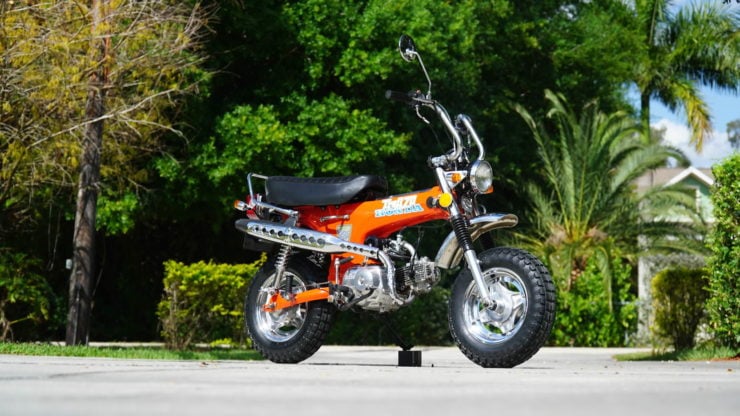 Honda was already a world leader in designing simple motorcycle engines that were nearly indestructible, and the CT70 engine was no exception – so long as it had oil in it, it was difficult to seriously break. Both front and rear suspension was fitted, forks up front and twin shock absorbers in the rear.

The handlebars were designed to fold down so the bike could be transported in a normal sized car trunk, and there are small handles on either side of the seat to aid in carrying. Front and rear drum brakes were fitted, and there was a headlight for night riding, seating (and footpegs) for two, and a high exit exhaust with heat shielding to avoid third degree thigh burns.

Both manual and semi-automatic transmissions were offered, however the semi-automatic 3-speed was by far the most common. This made it exceptionally easy to ride for children and adults alike, many future motorcyclists got their start on a Honda CT70, and although they were often bought “for the kids” it was typically the adults who spent the most time riding them. 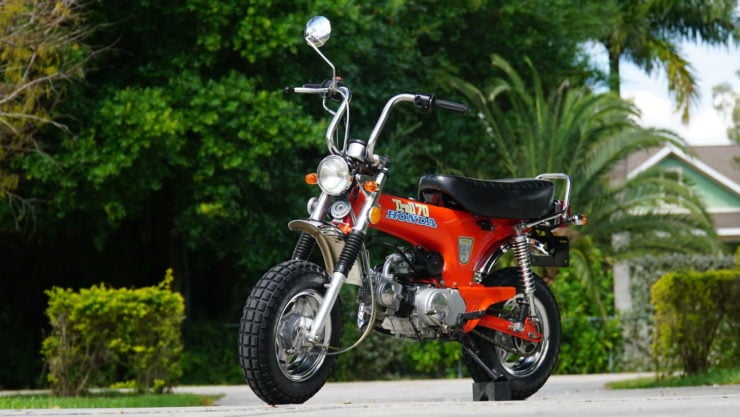 In many states the Honda CT70 could be registered for road use, as it had all the required lighting, however the 6 hp engine wasn’t exactly ready for the interstate. Many did use the model on the road particularly for lower speed urban transportation and one of its modern descendants followed in much the same way – the Honda Grom.

Over the course of the 1969 to 1994 production run of the CT70 Honda built a huge variety of sub models, there were also new models with larger engines, however the early classic CT70s have always remained the most popular with collectors and enthusiasts.

The bike you see here is an original Honda CT70 from 1976, it’s finished in Tahitian Red and it’s still wearing all of its original decals. Many of these bikes have lived hard lives and either didn’t survive to the modern day or are now too far gone for a restoration, so original survivors are highly sought after.

This CT70 is showing just 1,490 miles on the odometer, it was formerly on show at the New England Motorcycle Museum, which helps to explain its excellent condition, and it’s being sold with a title. If you’d like to read more about it or register to bid you can click here to visit the listing on Mecum. 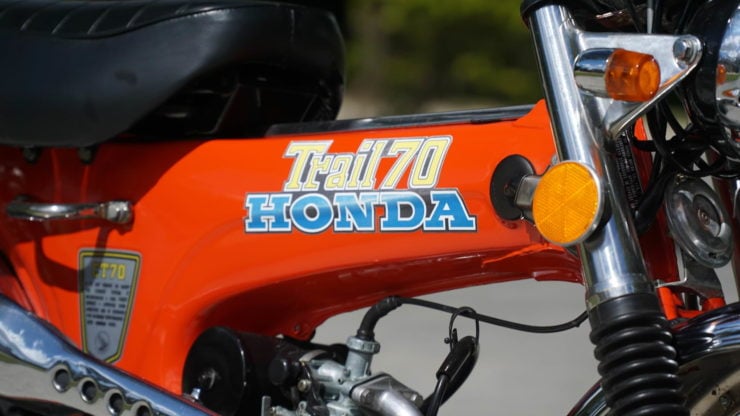 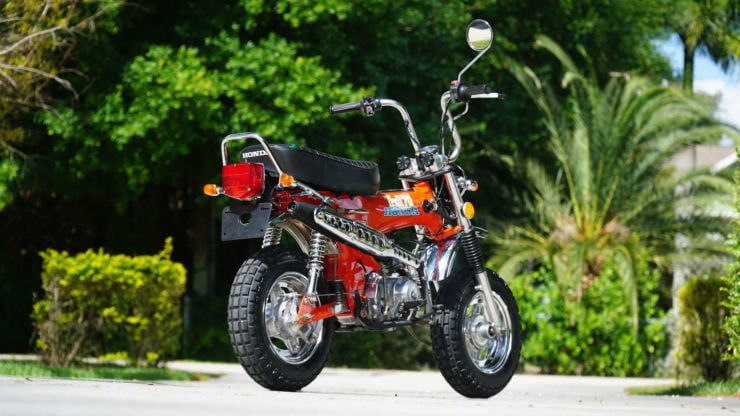 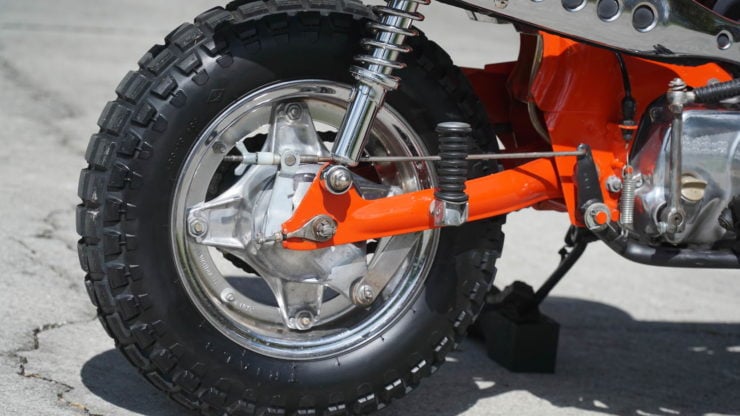 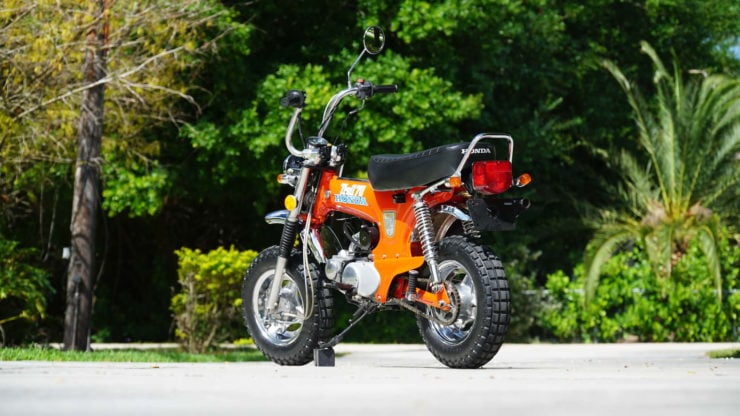 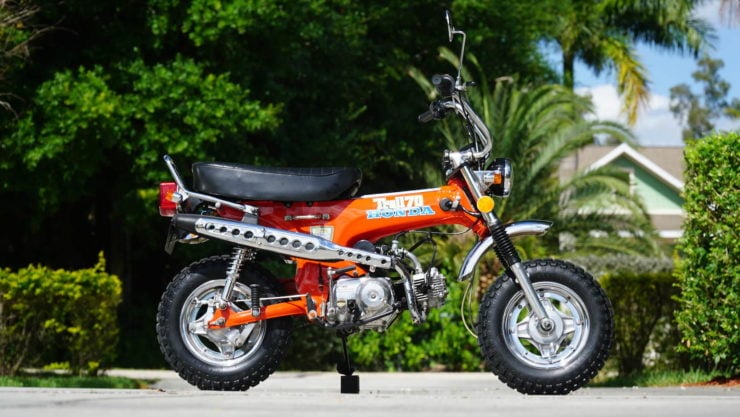 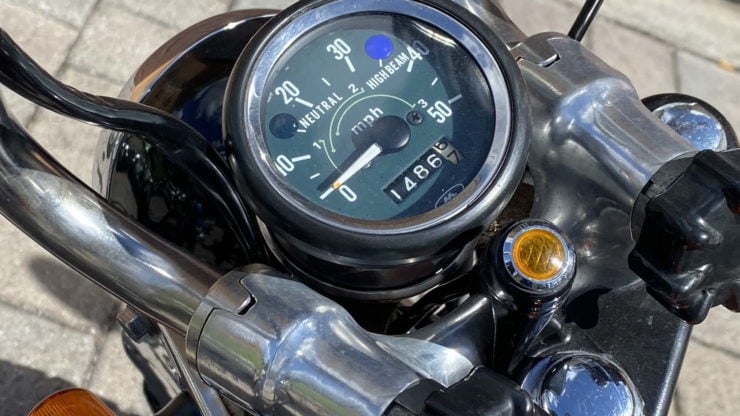 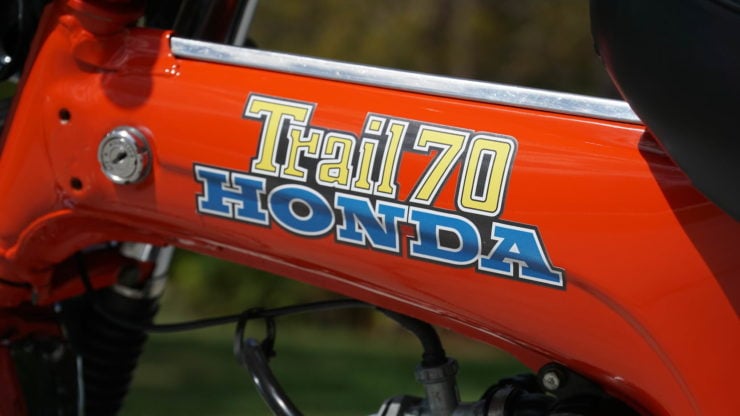 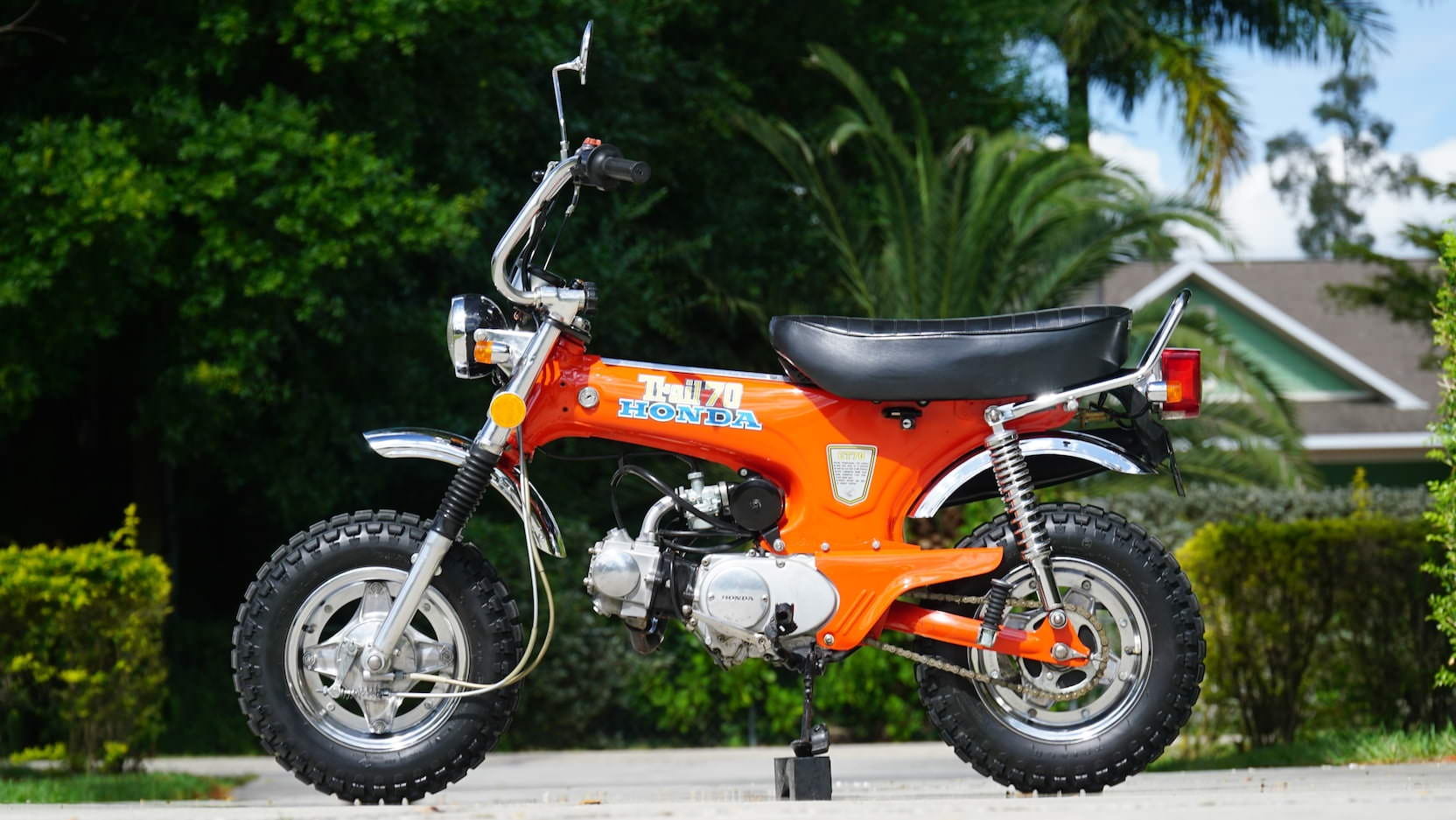