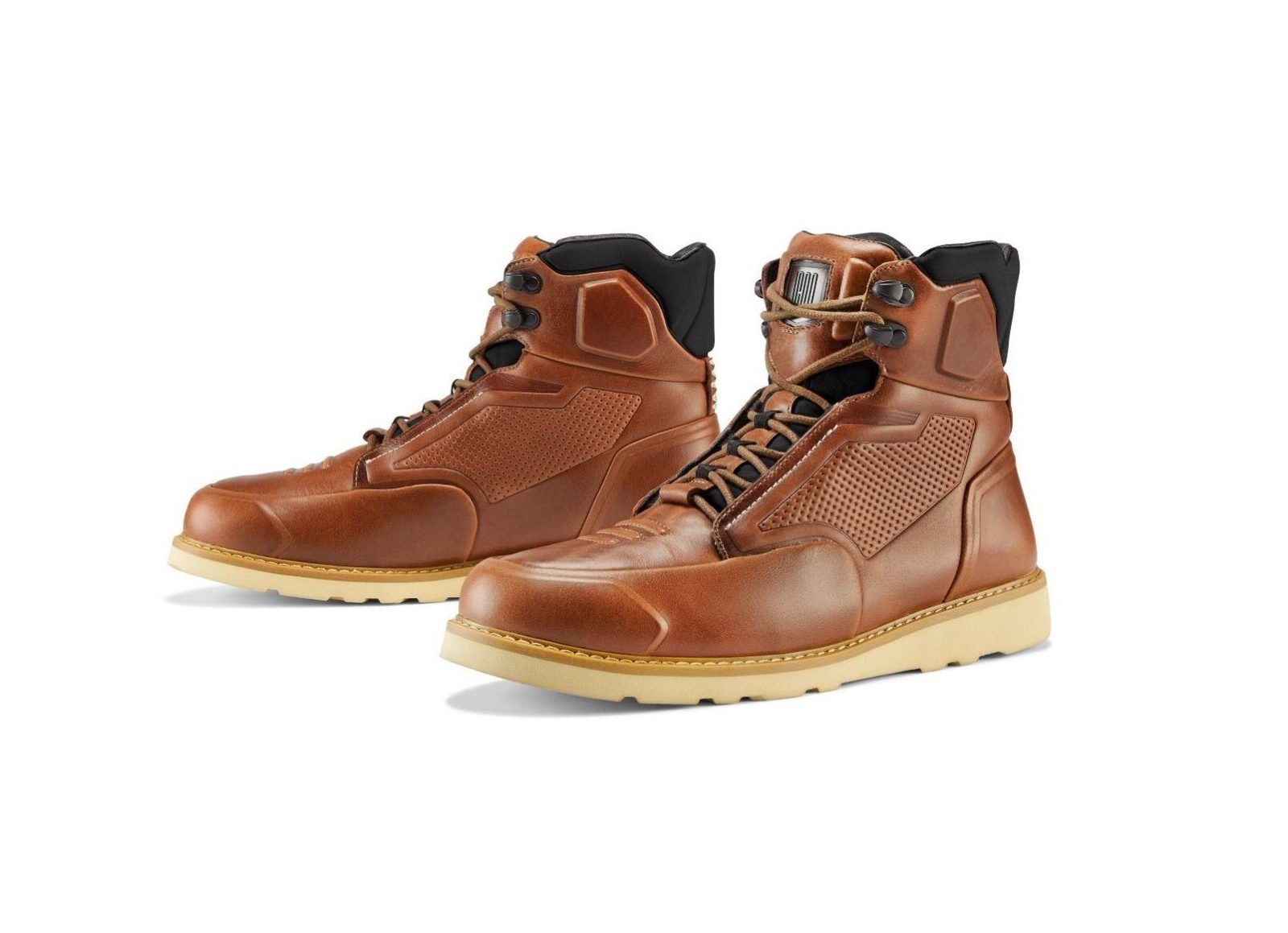 The Icon 1000 brand is the more street-oriented division of Icon Motosports, they take the lessons learned by the main company and roll them into motorcycle-specific gear you can wear everyday that looks no different to other designer street wear. 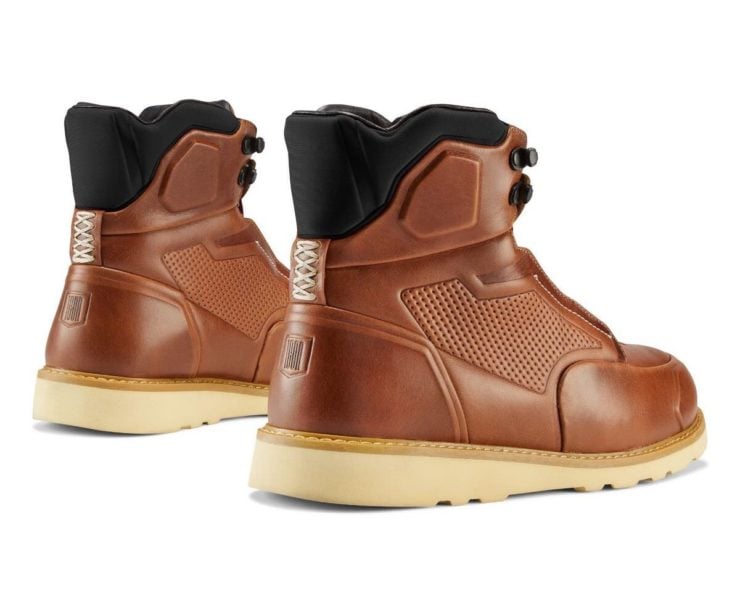 The Brigand Boots have a full-grain leather upper that orders both excellent abrasion resistance and excellent longevity. The boots have a hidden ghillie lacing system for a secure fit without loose laces that can cause trouble for motorcyclists, and they have a comfortable neoprene tongue and ankle collar.

D3O® armor ankle inserts on each side offer excellent protection and there are ribs along the upper toe section to provide additional grip on the shifter. There are perforation panels across the sides of each boot to give good airflow and keep your feet cool – an essential feature for any riding during the warmer months. 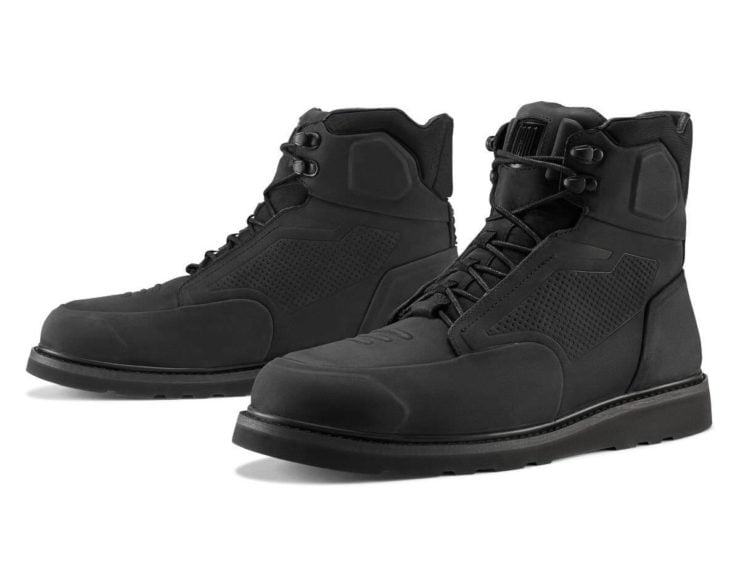 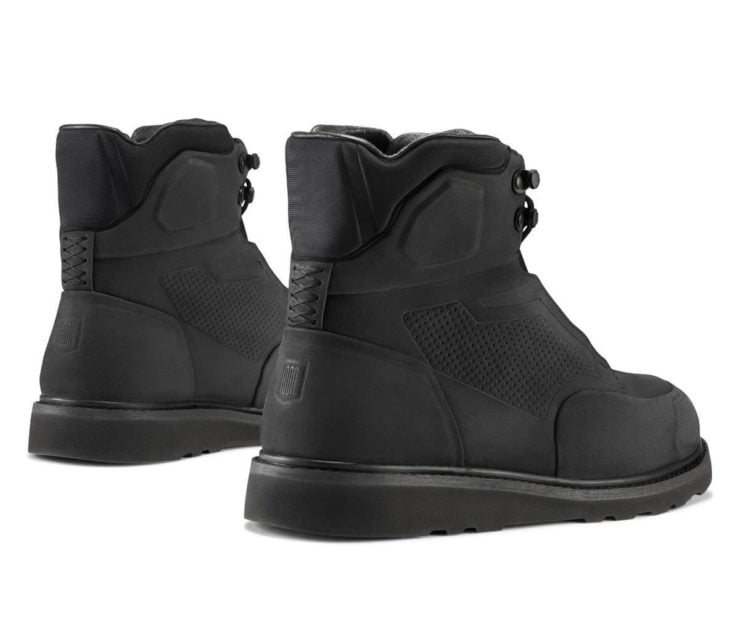