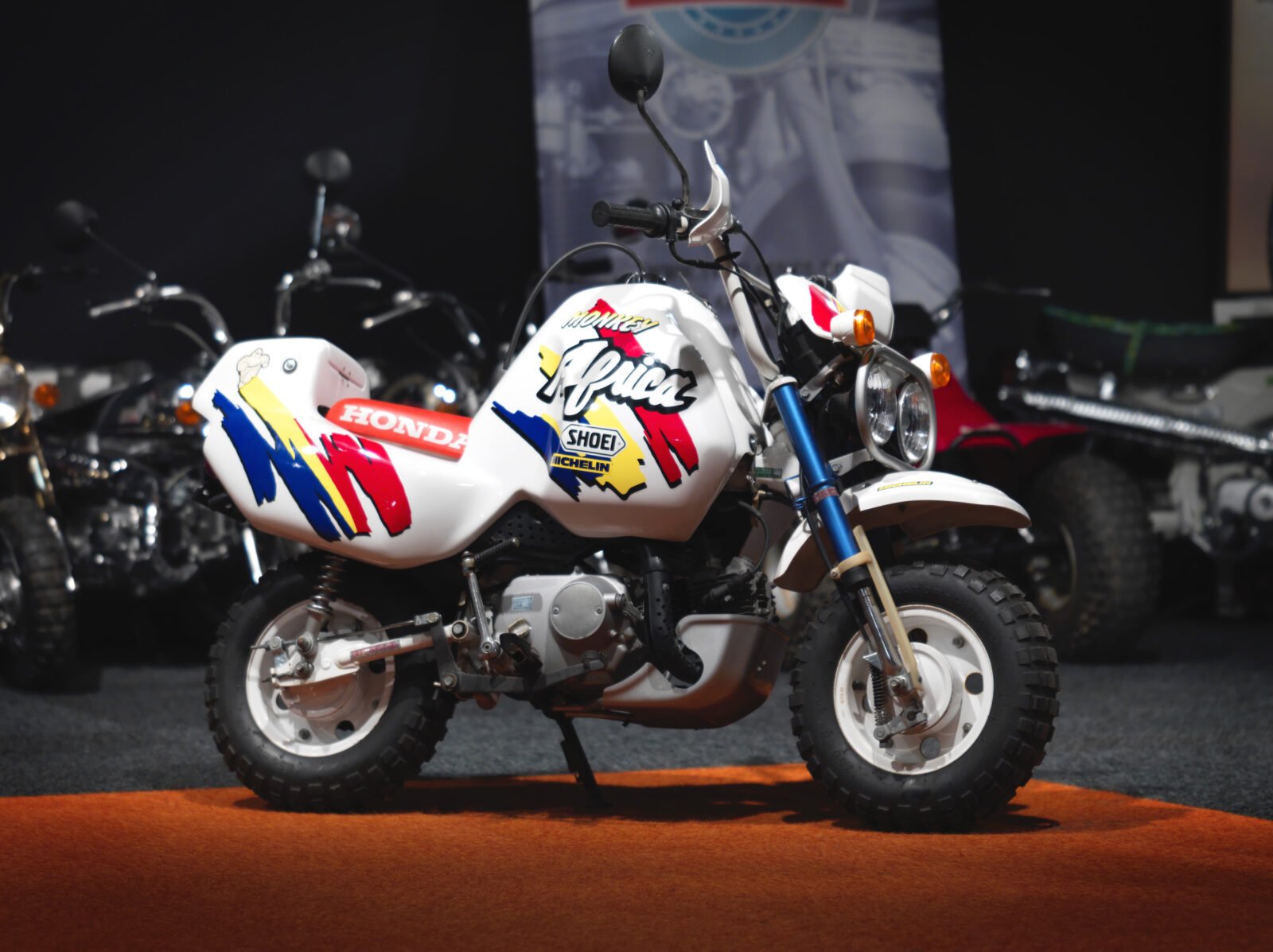 The Honda Monkey Baja Africa is one of the rarest and most desirable iterations of the beloved Japanese minibike ever offered, although interestingly it was never actually built by the Honda factory.

The Africa version of the Monkey bike was a kit made by Honda that you could buy and bolt on to your Baja Monkey, this kit included a bolt-on central unit that included the fuel tank, side covers and rear cowl/bump stop, it also included a front fender, an engine bash plate, a wind deflector for above the twin headlights, and all the fixings required.

Despite the relative simplicity of the kit it totally transformed the look of the Baja, turning it into a miniature version of the much-loved Honda Africa Twin. It quickly became the single most desirable special kit for the Monkey ever made, they were produced in relatively limited numbers and today the Monkey Baja Africa is (arguably) the most collectible of the special versions of the Z series. 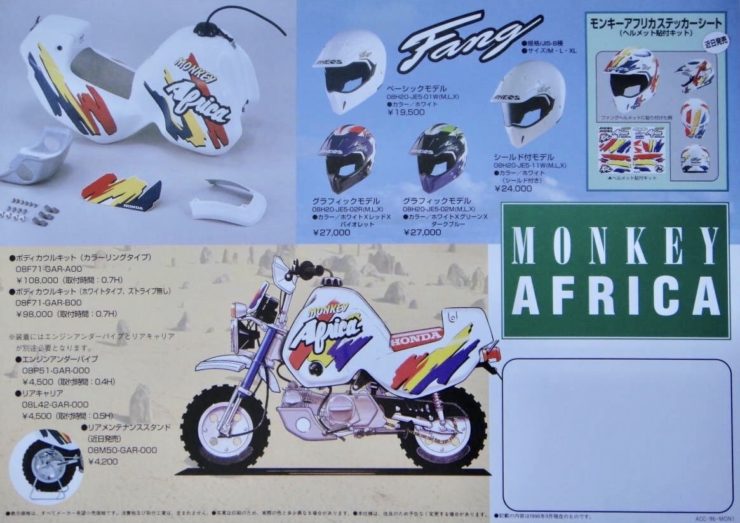 Above Image: Advertising for the original Africa kit.

It’s rare for one to come up for sale, so when this one popped up on our radar we got talking to the team at TVP Classics in Belgium who had the bike professionally photographed – and now here it is in all its glory.

One of the most remarkable things about the Baja Africa is just how many people love it, you can show a photograph of this motorcycle to people who normally hate motorcycles and they typically can’t help but like it, likely because it looks so completely harmless.

Honda originally built the first “Monkey Bikes” for a theme park in Japan, they got their name because of how adults look when they ride them, with their knees up and their arms out wide like a monkey. These theme park minibikes proved to be so staggeringly popular that Honda put them into limited production as the Z series, where they quickly sold out before becoming one of the company’s most loved models. 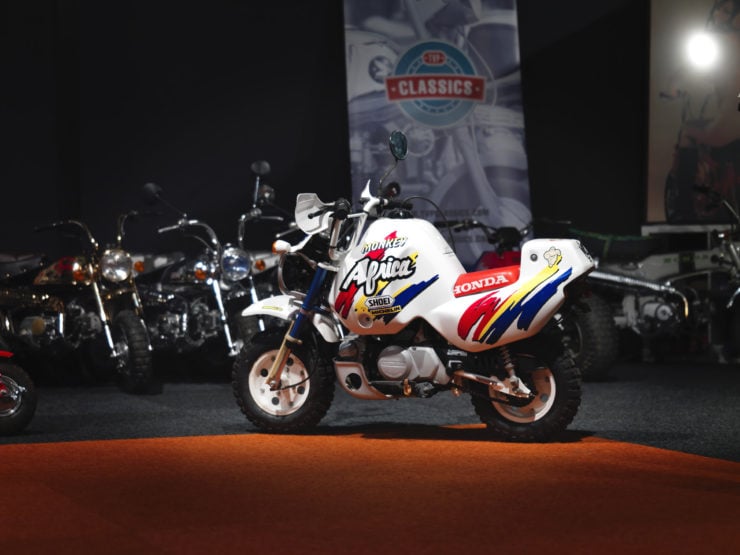 Many people started out their motorcycle obsession as children riding a Monkey bike, they were reasonably cheap for parents to buy and run, and with a little 49cc single-cylinder engine and low gearing, it was much harder to kill yourself than on a normal motorcycle.

Over the decades-long production run of the Monkey bike Honda produced dozens of low production volume special editions. Some had custom designed frames and bodywork and others were a little less intensive, the Honda Monkey Baja was designed to replicate the off-road racing endurance motorcycles that took part in races like the Baja 1000

This Monkey Baja featured knobbly tires, twin headlights mounted within a protective frame, an off-road style seat, and a slew of other smaller features to make it resemble its bigger siblings. It formed the perfect base for the Africa bodykit, the original fuel tank is kept, though now it’s filled through a cover in the Africa bodywork up top, even the original seat is kept, with the “Honda” graphic down the side still visible.

If you’d like to see more of this Baja Africa or enquire about buying it, you can click here to visit the listing on TVP Classics. 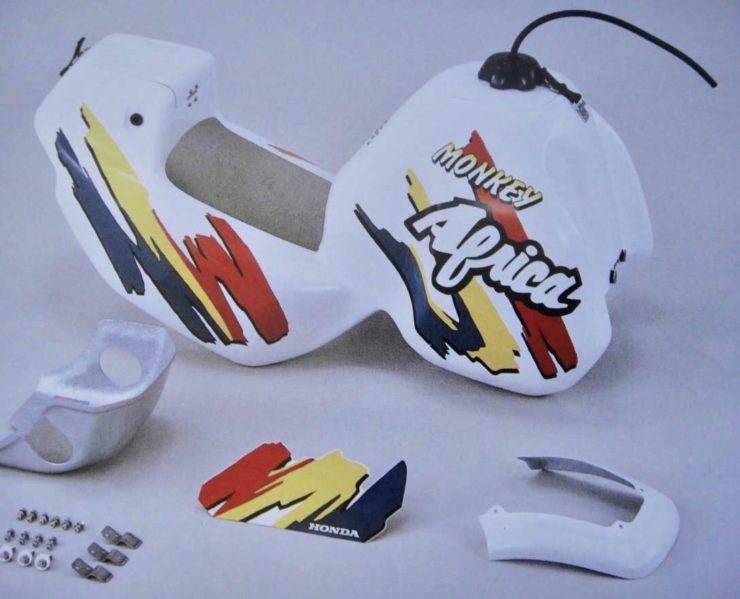 Above Image: The contents of the original Z series Africa kit. 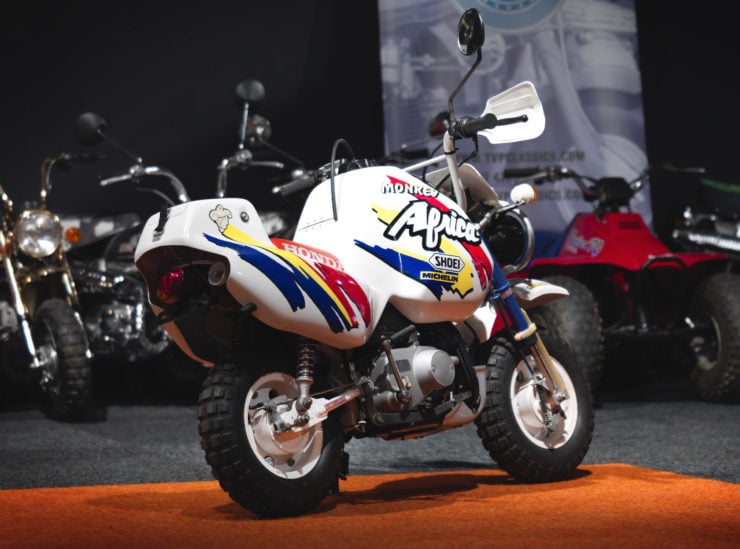 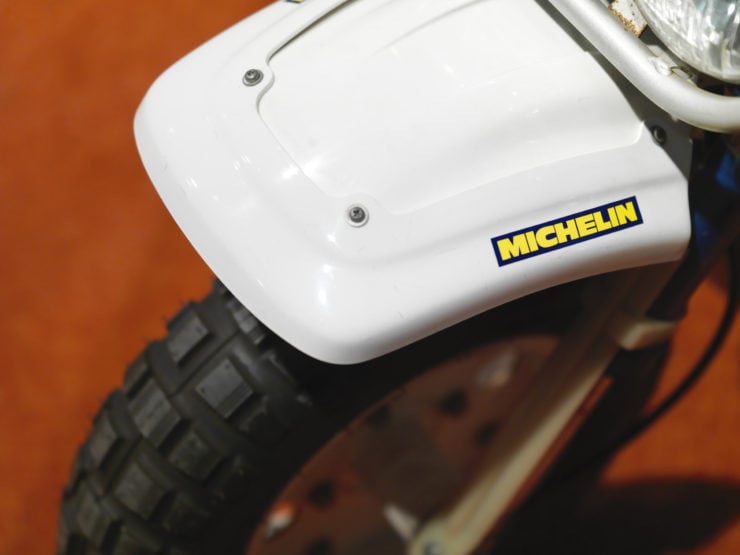 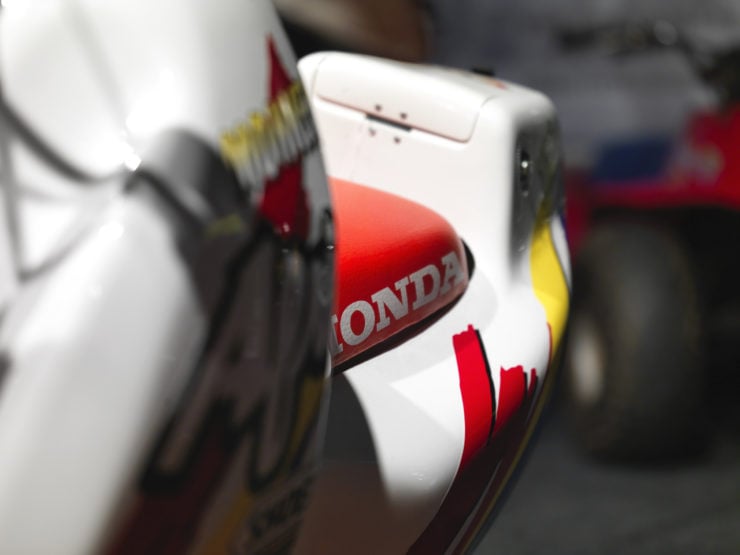 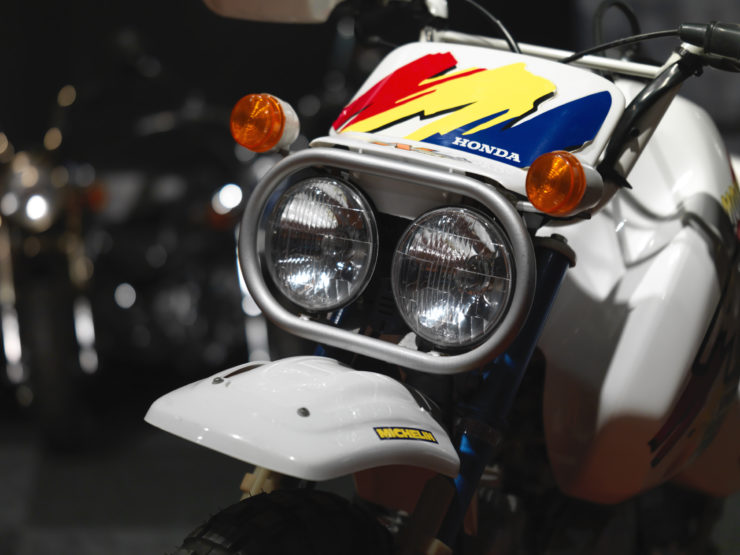 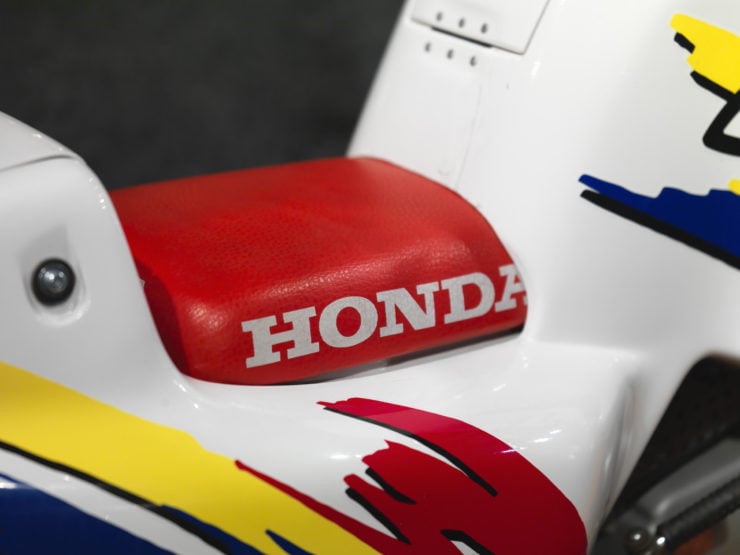 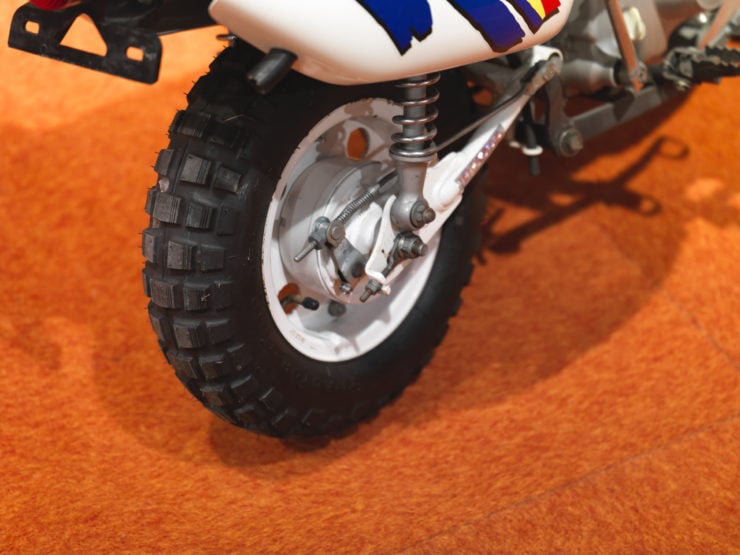 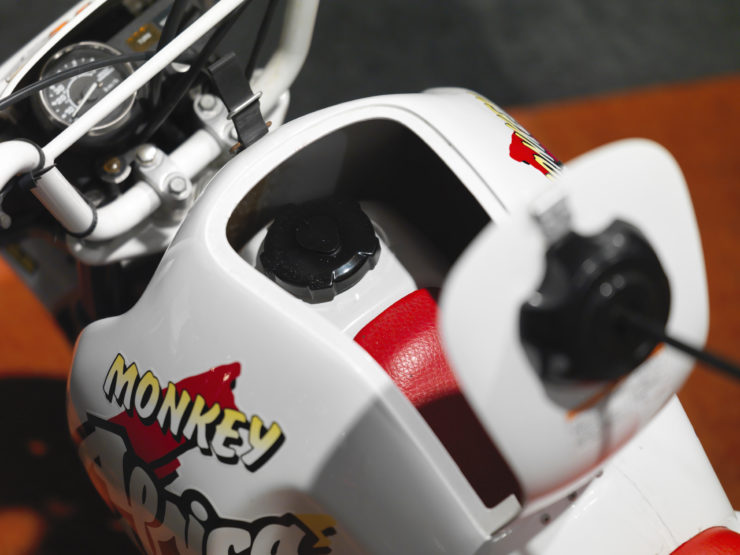 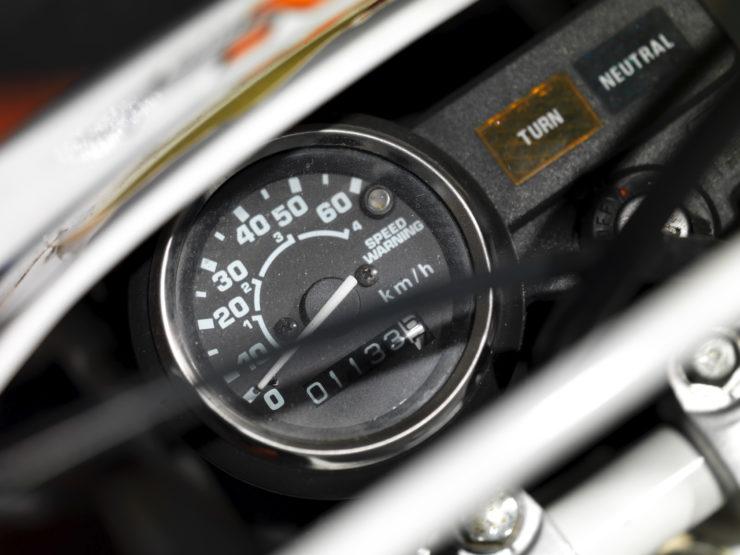 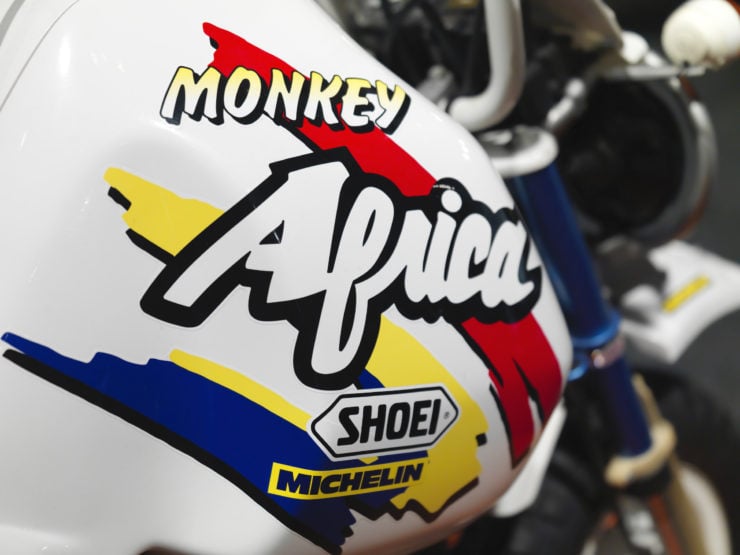 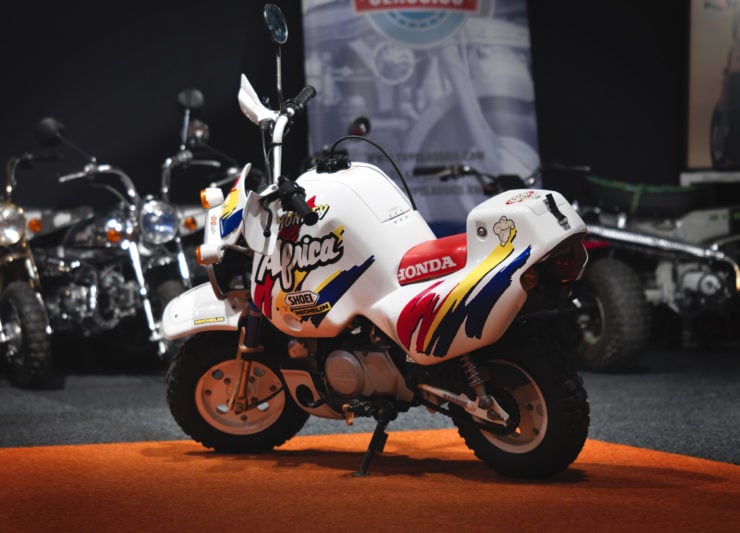 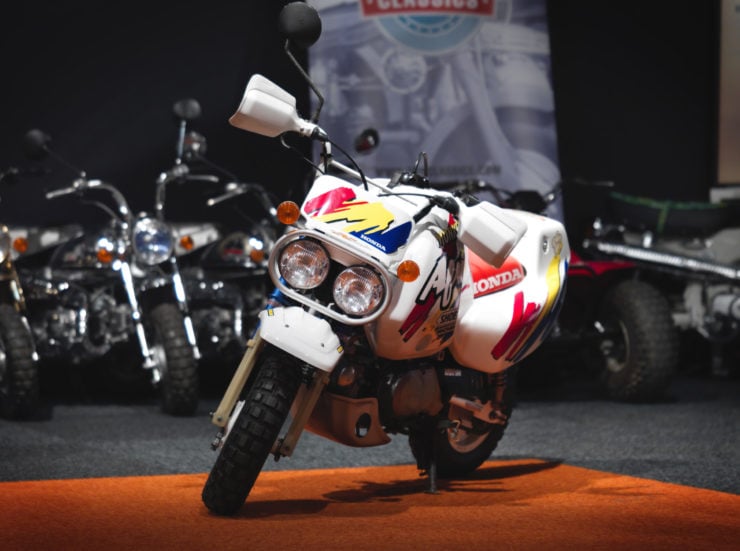 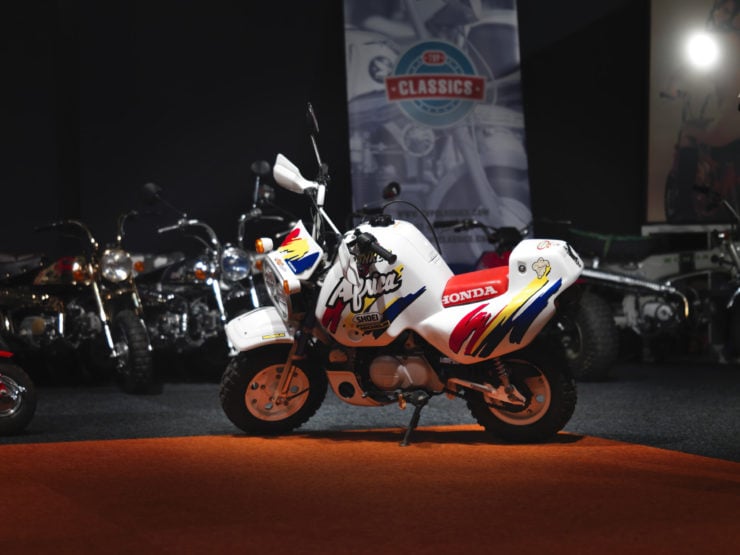 Images courtesy of Mathieu Damiens of The Mad Group 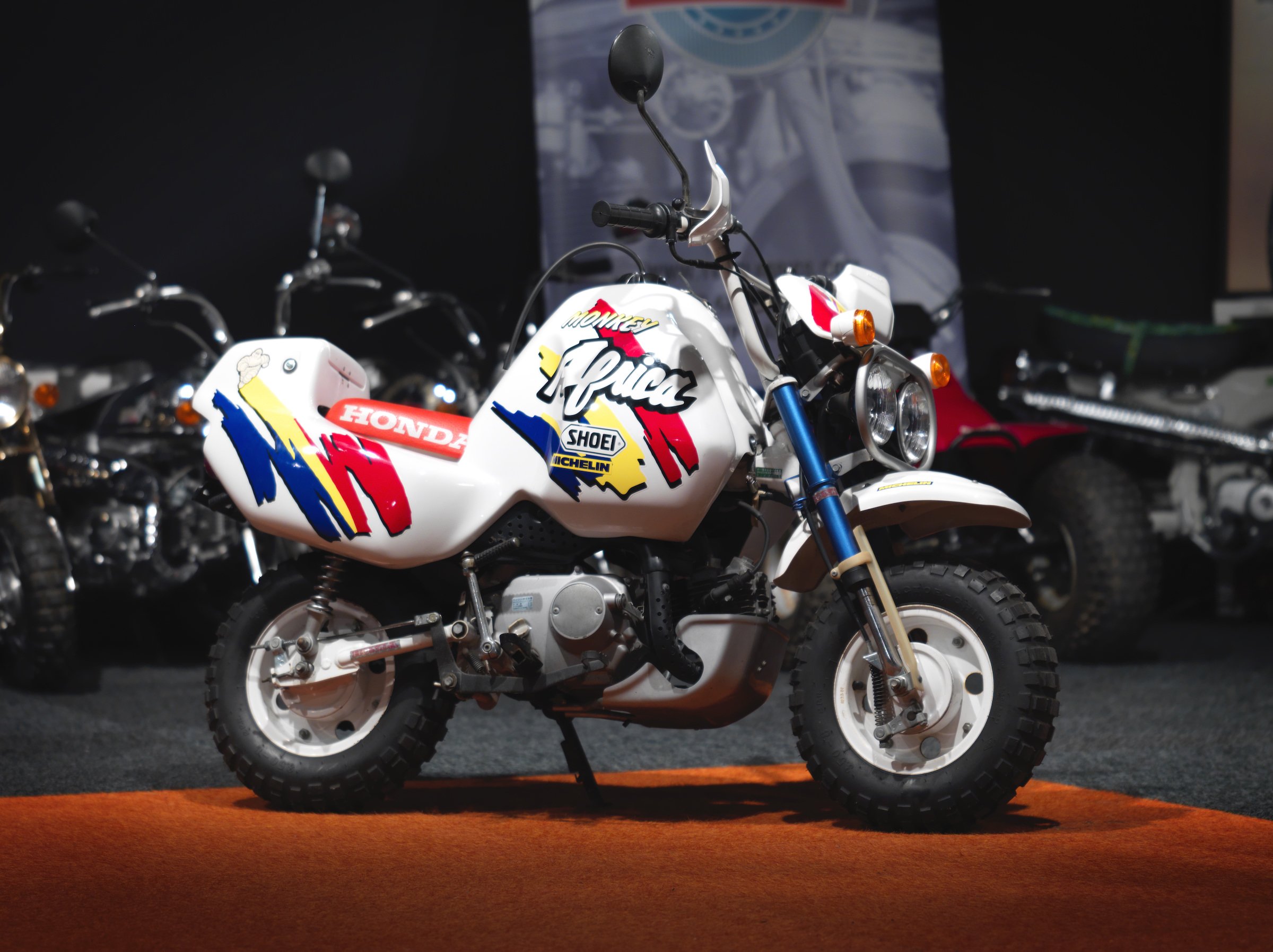