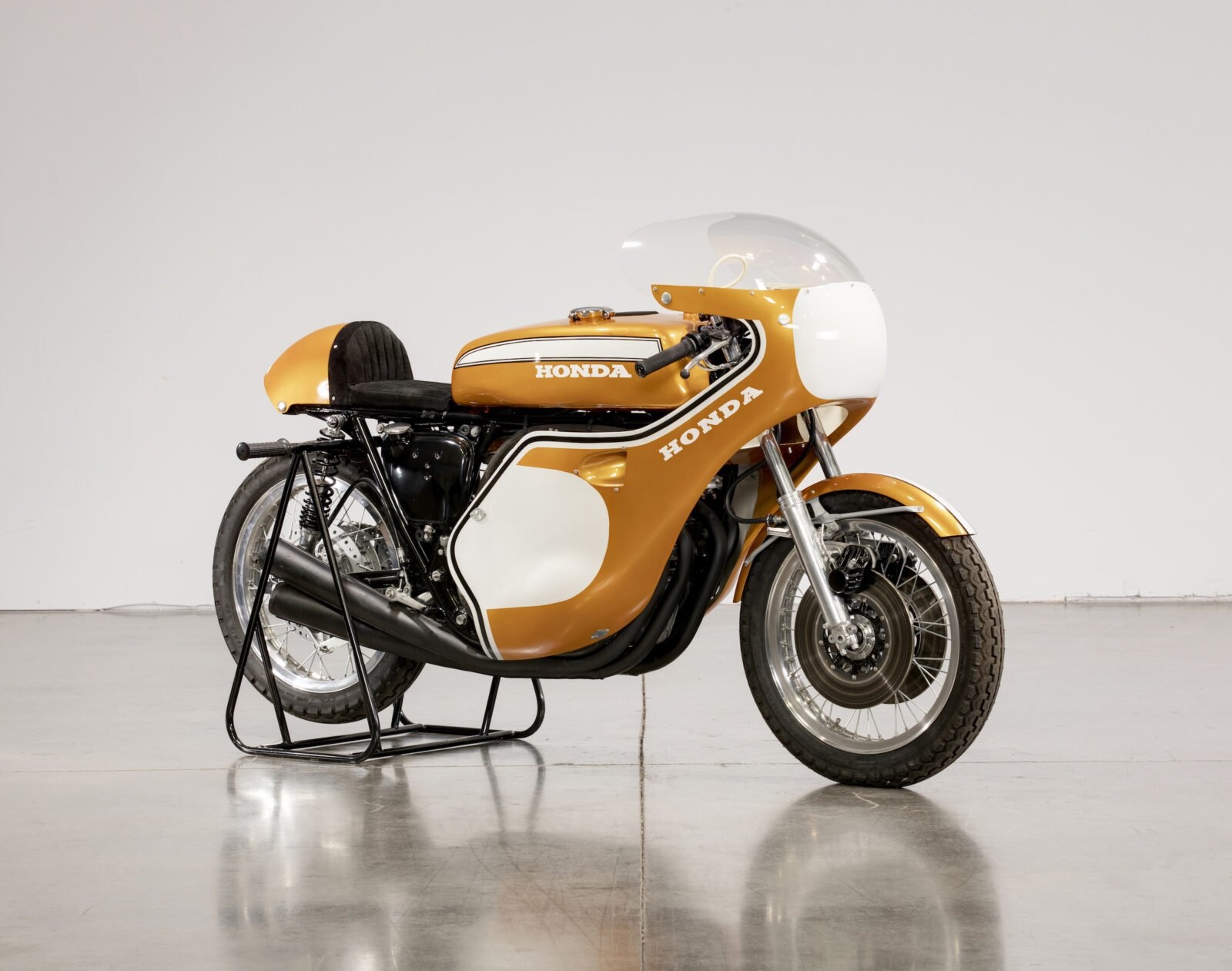 The Honda CR750 is an exceptionally rare motorcycle, the factory-built examples like the one shown here are even rarer still. The original idea to build a full race version of the Honda CB750 didn’t start in Japan, it was the idea of the American importers who well understood the importance of the old phrase “Win on Sunday, Sell on Monday”.

The Japanese were initially hesitant to develop a racing version out of concern that they’d lose respect if they performed badly against the dominant British, American, and Italian machines. Once convinced, with a little help from a win at the 1969 Bol d’Or endurance race in France, the engineers at Honda began to develop a CR750 variant of the CB750. 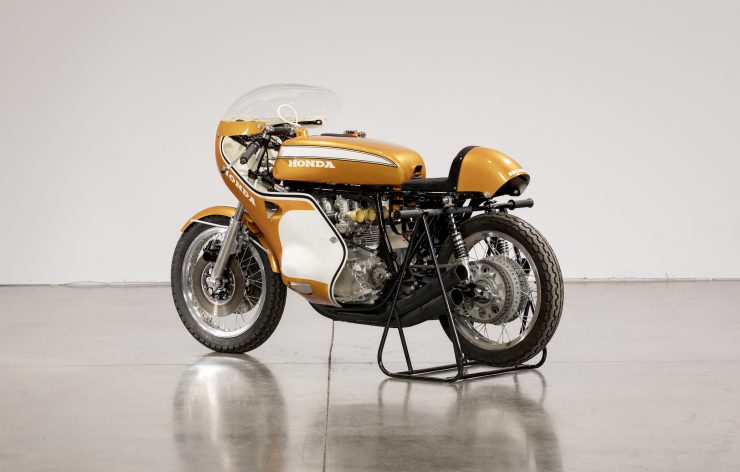 The Honda R&D department developed an engine capable of upwards of 96 hp using the stock CB750 engine as a starting point. Over 200 new parts were developed including new magnesium crankcases, a new cam and cam chain tensioner, new pistons, connecting rods, a new crankshaft, and a whole lot more.

The pace of development was rushed, and this would result in a number of problems with the engine down the road, though it should be stressed that the engineers can’t really be blamed as they had little to no testing time.

Four examples of the Honda CR750 were shipped to the United States for the 1970 Daytona 200. The event was one of the most important motorcycle races in the world and Honda took no chances – hiring some of the best motorcycle racers in the world at the time – Dick Mann, Bill Smith, Tommy Robb, and Ralph Bryans.

Bob Jameson, Dick Mann’s lead mechanic, discovered a significant problem with the hard rubber cam chain tensioner – it was disintegrating inside the engine. It was also discovered that the magnesium crankcases were expanding under high-heat, causing a slew of other engine problems. The team acquired four standard CB750 engines and rebuilt them with all of the components from the CR750 engine – essentially just using the aluminium crankcases. 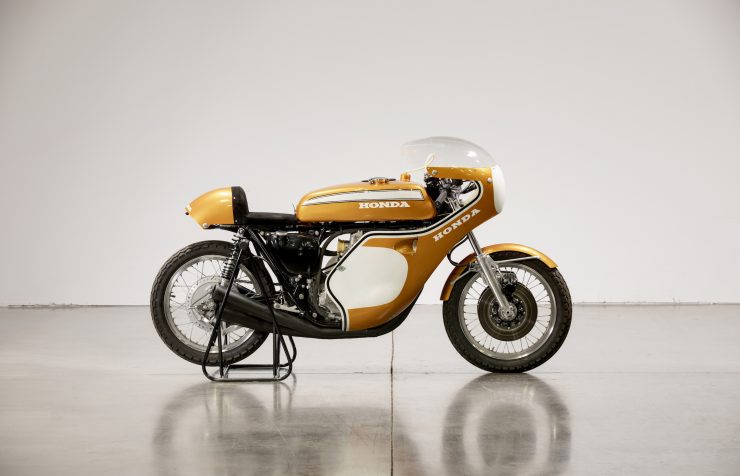 A Race, an Argument, a Win, and a Firing

Mann’s CR750 was being run by Bob Hansen, American Honda’s national service manager, while the other three were being run by Yoshio Nakamura. Communication was open between the two groups but the Japanese engineers ignored Jameson’s advice about the cam chain tensioners. He changed out Mann’s tensioner for a CB450 unit, but the other three bikes ran the stock units.

On the day of the race Dick Mann pulled out an immediate advantage before the other leading bikes caught up to him. The race was a battle of attrition with many of the British and American bikes suffering overheating issues. The Mann’s Honda kept itself together until 10 laps before the end of the race when things became almost untenable with a severe misfire, Hansen did some calculations and realised that Mann who was running out in front could afford to lose 1 second a lap and still win.

Hansen and Nakamura had a heated argument in the pits – Nakamura wanted Mann to ride faster but Hansen knew the engine was close to giving out and needed to be nursed home. Mann would win the race, by only 2 seconds, and Hansen would be fired the next day by Honda due to his insubordination. 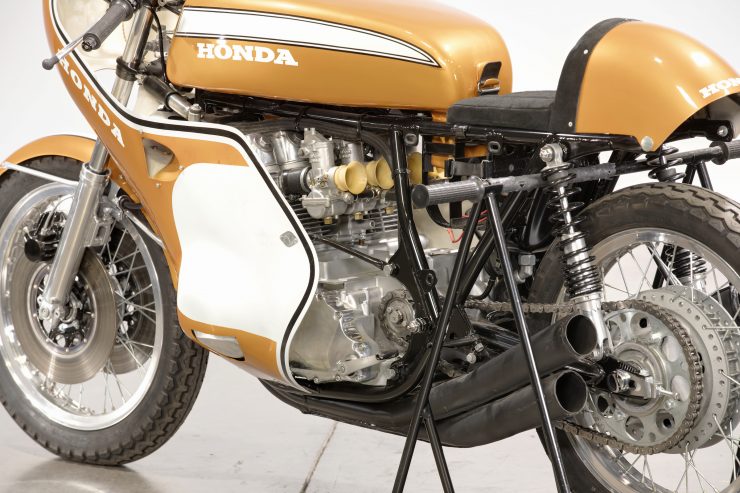 The Daytona 200 win did wonders for the sales figures of the CB750, but Honda also offered a limited number of factory built CR750s to race teams in the USA and Europe. A few hundred kits were built but far fewer factory built examples were made, the surviving examples are now mostly in museums or private collections.

The bike you see here is one of the rare factory built racers, it was shipped to Swedish importer Autohansa in 1971 to compete in the 1972 Swedish racing season.

This particular CR750 was raced but not often, it threw a rod and destroyed its original crankcase, which was then replaced with a stock unit from a CB750 with all the CR750 go-fast parts transferred over – just as they were with the Daytona 200 bikes and many other CR750s.

If you’d like to read more about this Honda or register to bid you can can click here to visit the listing on Mecum. 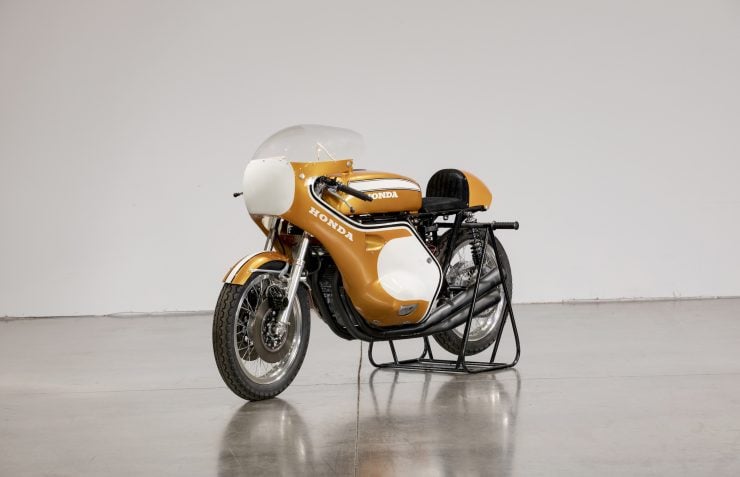 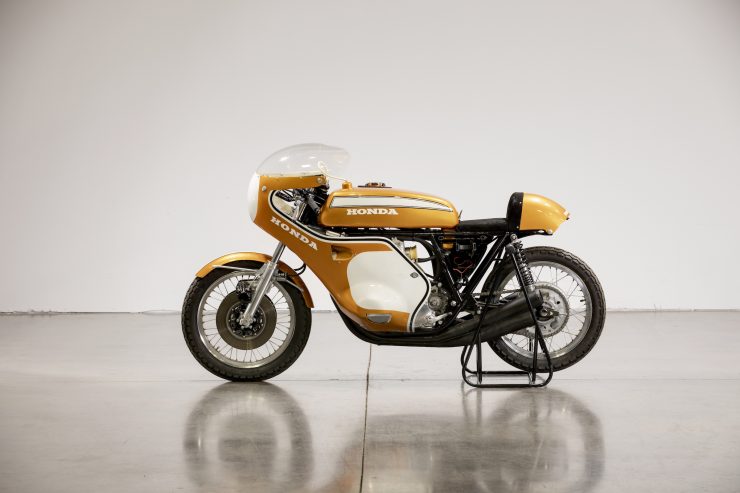 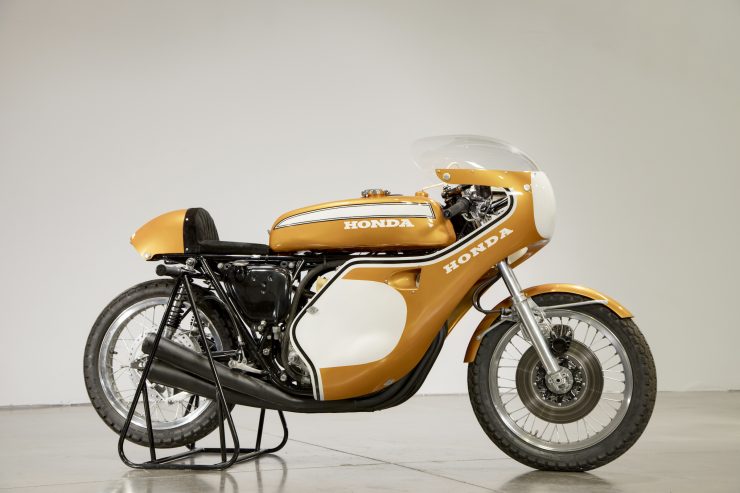 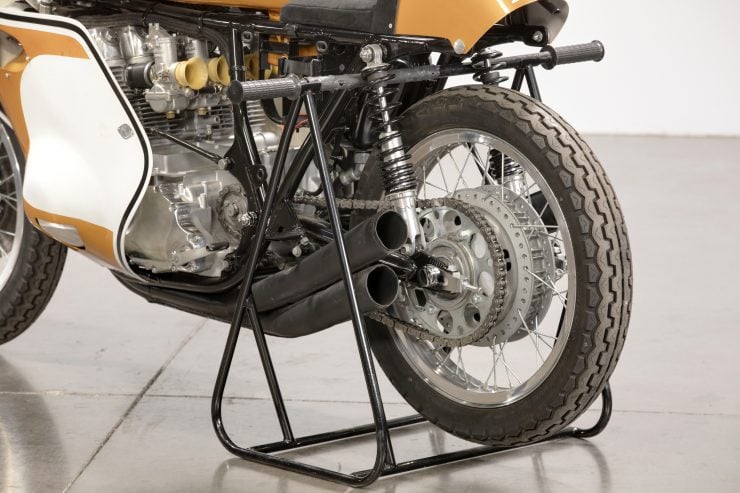 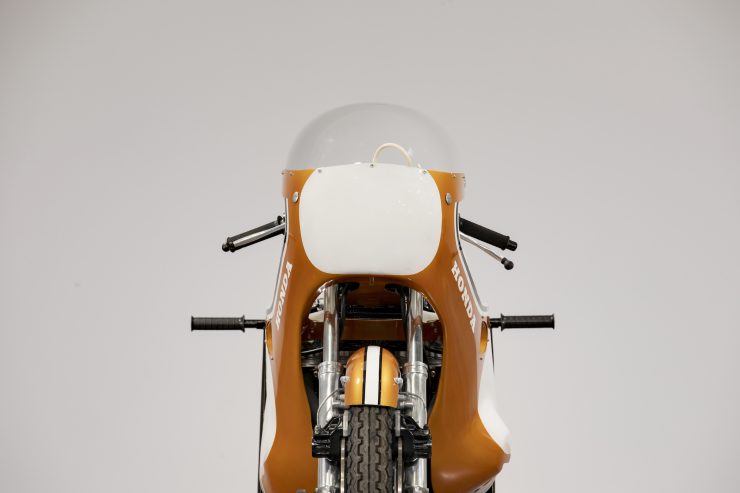 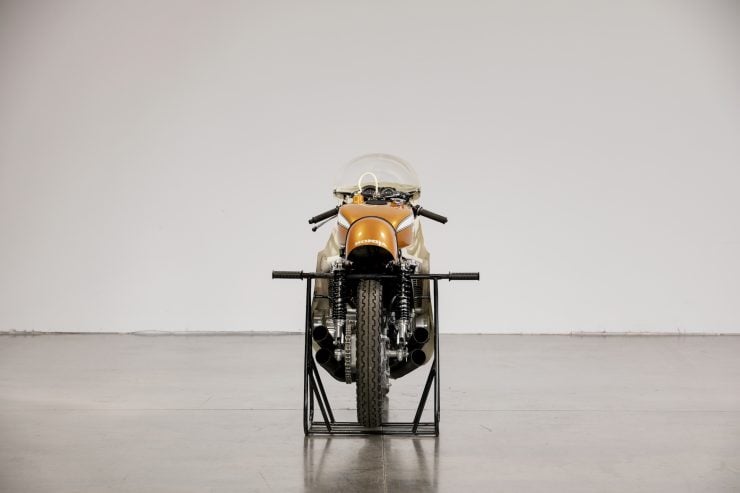 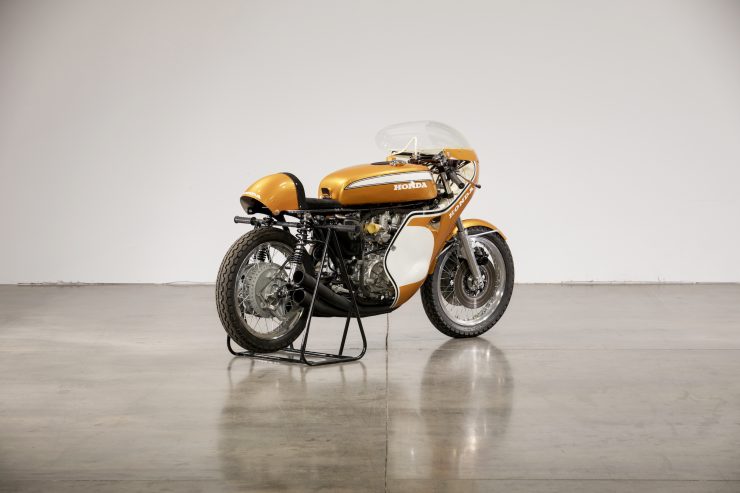