This event recap was written by Anthony Scott, otherwise known as @Enginethusiast, the organiser and founder of the Desert Race Series.

The 2018 Desert Race Oregon surprised us for several reasons. First, we knew we were taking a risk by stepping away from a more conventional desert sprint like we had hosted earlier in the year in Joshua Tree, California. That being said, the Desert Race was created for friendly competition, fun, and community – no matter the setting or course.

We wanted each location to be unique, to offer something that the last didn’t, and to make everyone feel included. So it came as a pleasant surprise that the racers and attendees believed in our vision and came out ready to have a good time. One by one the racers rolled in with a smile on their face, setting up camp, warming up their bikes, and settling in for a day of fun. We were also thrilled that we had a nice dry, sunny (albeit very cold) day! 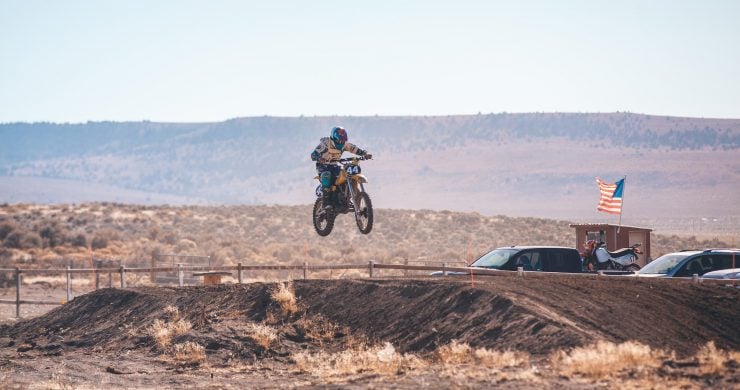 The average desert racer is the kind of rider who needs no direction, as they tend to bring the sand to the desert, so to speak. Although a lot of us might not be as good as we dream we are, we can crash with the best of them, and above all else, we admire the beauty in the struggle. I can crash, laugh at myself, and spend the next 3 minutes kicking over my vintage Honda while cursing the gods of speed.

When I hear that RinnnnggggDingggg and it comes to life, not once did I think about losing. It’s enough fun just being in the mix of it all. We knew those in attendance on that cold October day felt the same. Besides, who doesn’t like a good challenge to earn an ice cold Montucky beer at the end of the day!

With the course following a motocross track, some spots deep and sandy, we were rewarded with over 3 miles of pure desert fun. At some point, practice laps became a “come one come all” impromptu practice day, but this allowed some of the newer dirt riders time to play and get acquainted with deep ruts, table tops, and mouth-dropping triples that were a little more familiar to the more experienced motocrosser’s. 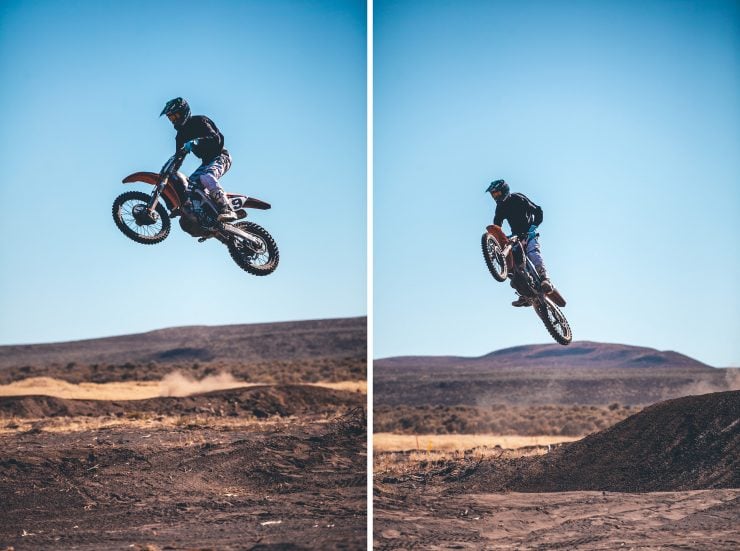 It was a race for everyone, regardless of skill level, and regardless of the reliability of the motorcycle, at times! We love our vintage motorcycles just as much as the next person, but we all know reliability can be an issue. If you ask us, that’s what makes the story even better, right? Riders put on quite a show for people watching along the edge of the track. Just ask the ambitious (and tough) Alexander Frith and “Loose Nut” Joe Sanger, who braved the track in their Sidecar Ural – they may still have the bruises to prove it! Spectators were also in for another unexpected treat, as Ryan and Kailyn Neil did some low pass flybys in their PZL-104 Wilga Aircraft.

During Moto I, various racers threw themselves wholeheartedly into the leader group, from Drew Congdon, adventurous California racer that attended our Joshua Tree race, to Arlan Lehman, universal 2 stroke legend, and Darrin Mees, famed X-Games Athlete. Then there was Cody Purser, who made the trek in his Range Rover Classic from Grand Junction, CO, to Matt Collins, who drove all the way up from Southern California in the middle of night. Matt started the race, but his clutch failed during the first lap. 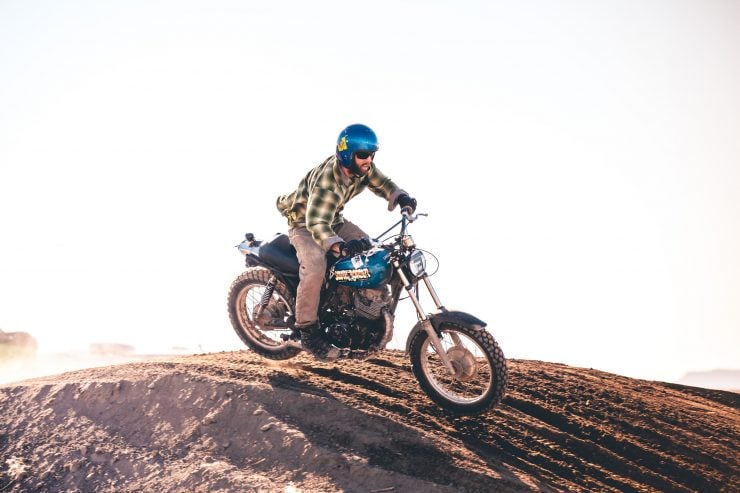 He was able to finish Moto I, but came back strong in Moto II after borrowing some needed tools and supplies from local racers. Another veteran from the California race, Paige Fischer, put her Oregon determination to the test in the women’s class, and showed us just how tough she is. It was great to see so many familiar faces from the Joshua Tree race, but even better to make new friends in Oregon who share our passion. Kiki Azim kept everyone smiling as she made jokes, announced race times, and cheered riders on at the finish line, and Jessica Molner volunteered her time and knowledge to help keep the races organized!

Overall, it was an amazing day at High Desert MX, and we couldn’t have done it without the support of many. The High Desert MX team worked hard to ensure the track was prepped and ready in advance. Our friends at See See Motor Coffee, Spoken Moto, and Montucky Cold Snacks kept us all caffeinated and hydrated, while the Inferno food truck and Nomad Mix Snacks kept everyone fed and happy. A big thank you to the rest of our sponsors: Fuel Motorcycles, CROIG, Silodrome, New Church Moto, LED Performance, and Dubya USA for helping us bring the Desert Race Oregon to life. As the day came to a close and we handed out the trophies, a few lucky winners received some sweet raffle prizes from Efficacy Clothing, Midnight Cobras, Carburetor, P&Co, Iron & Air, Dubya USA, and See See Motorcycles. We were sad the day had to end, but it already has us dreaming about the next race! 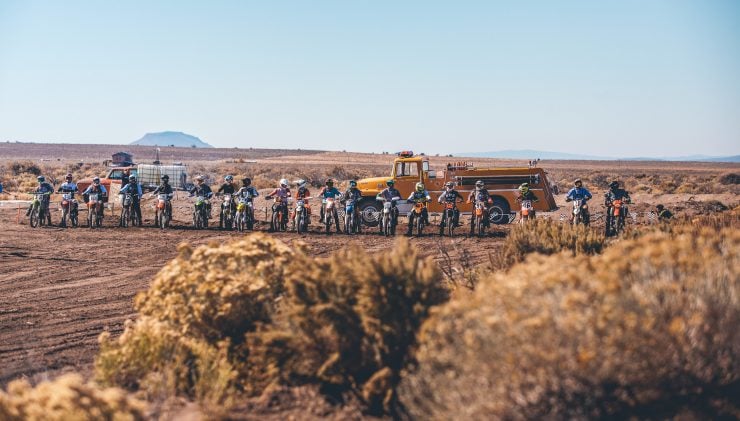 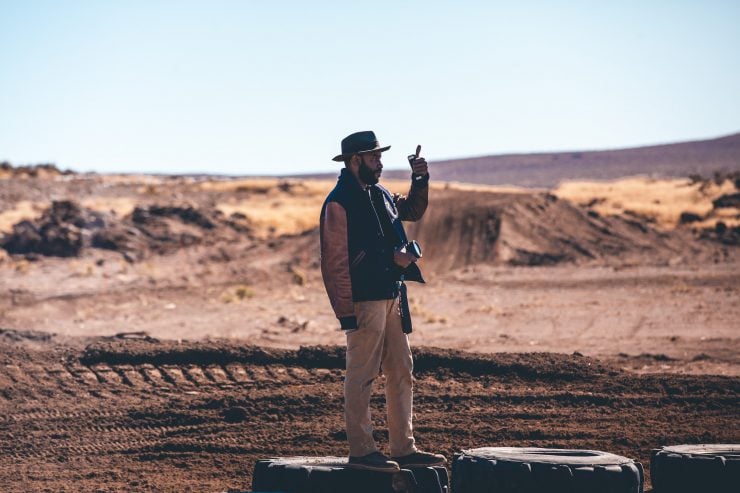 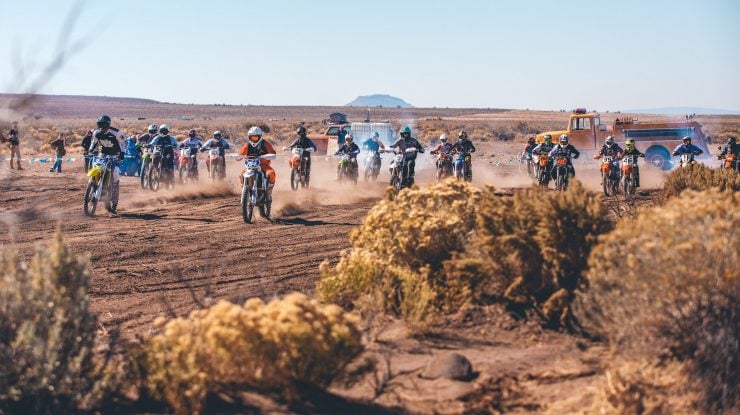 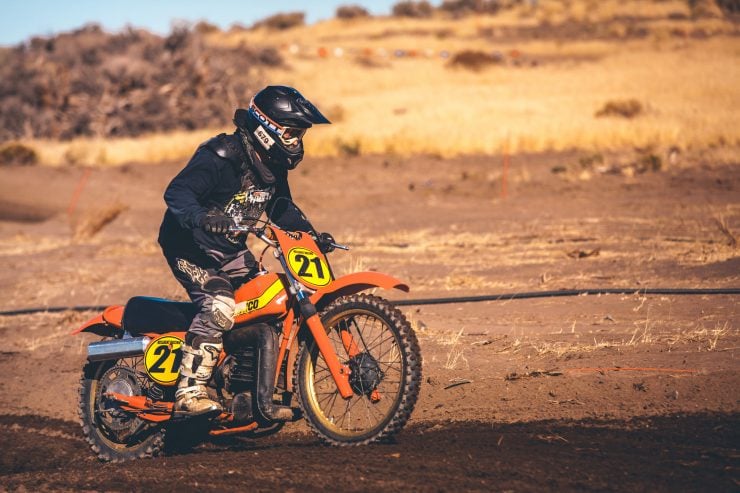 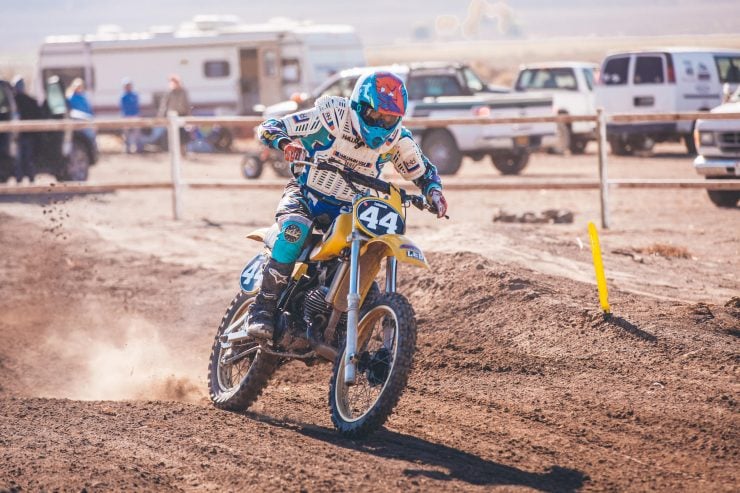 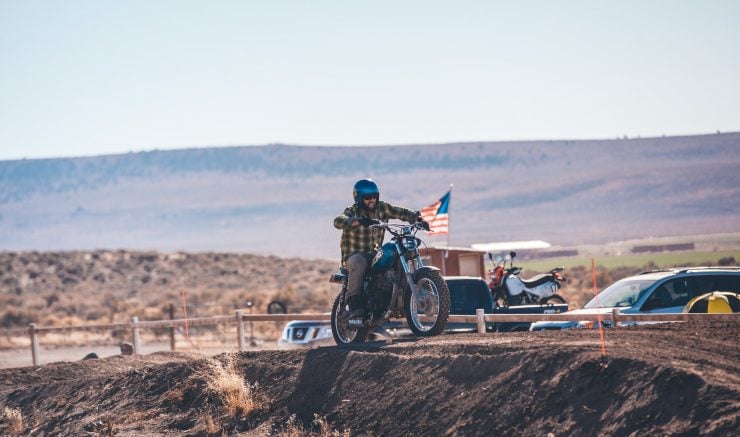 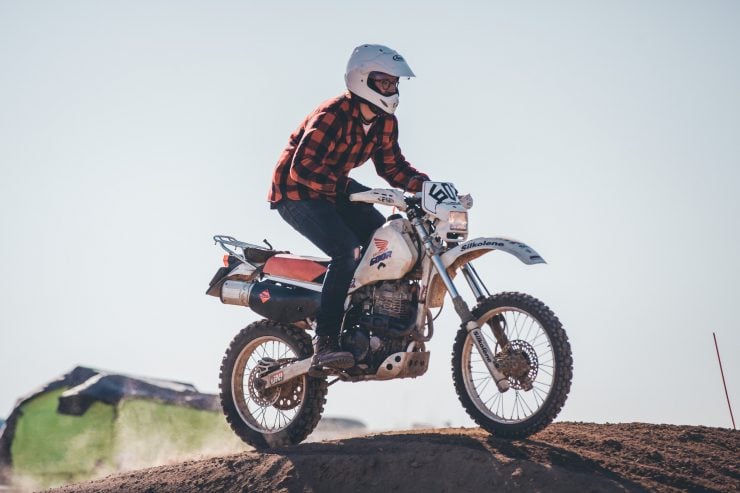 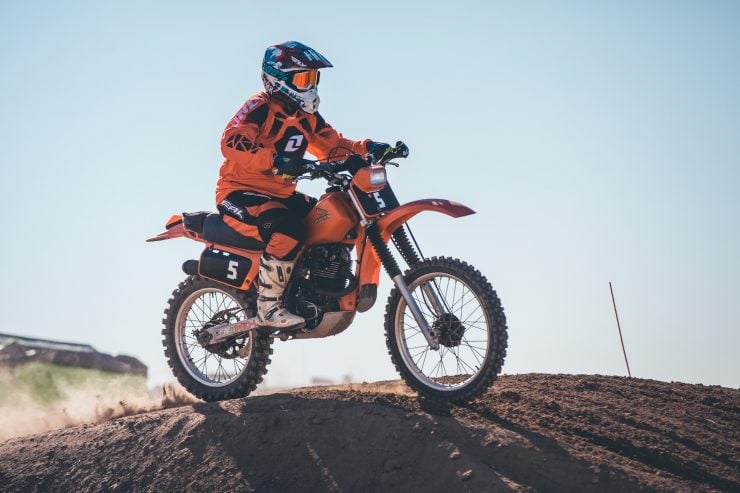 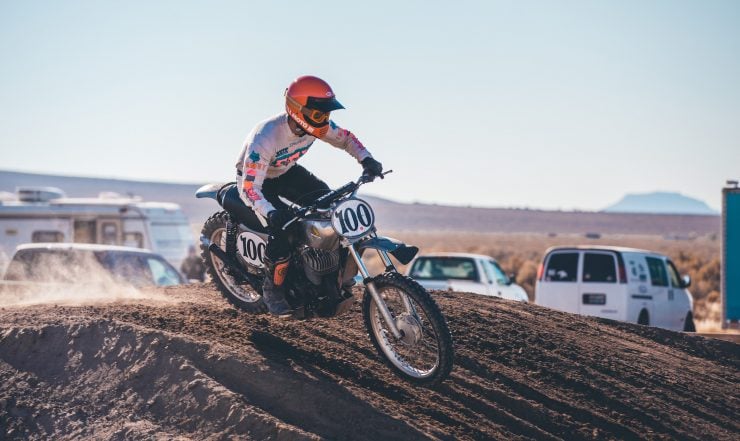 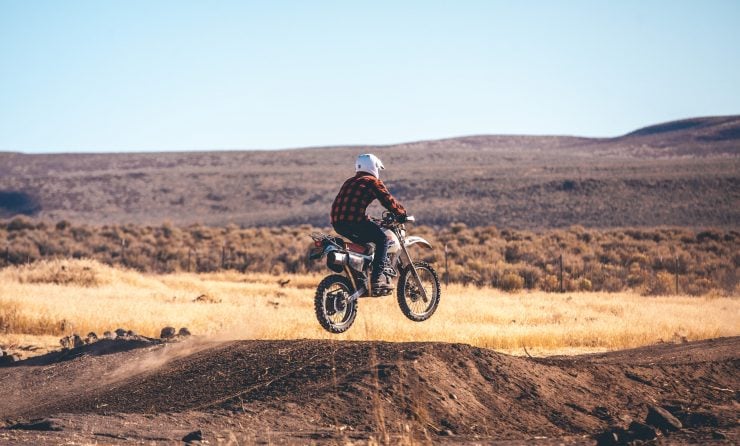 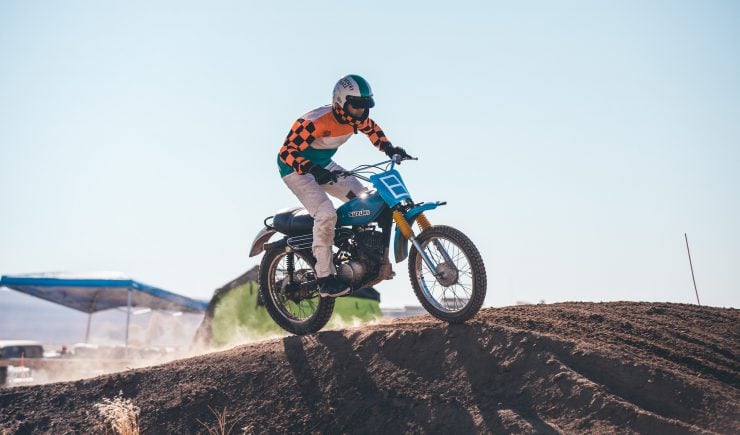 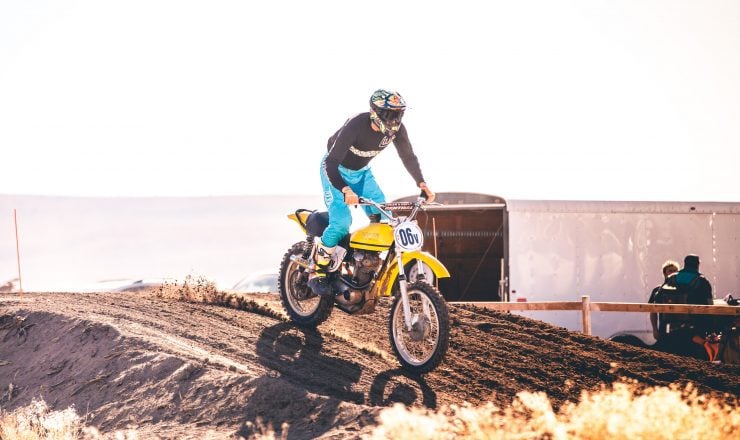 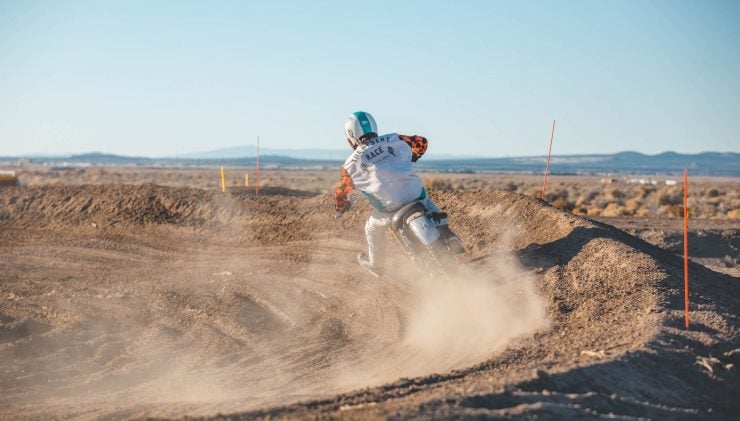 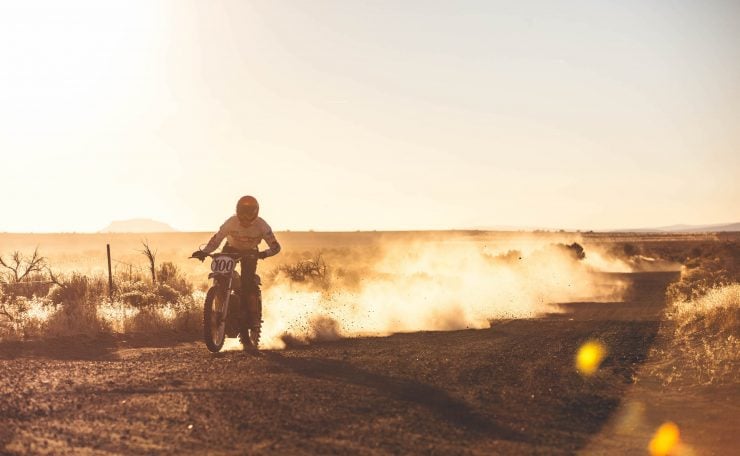 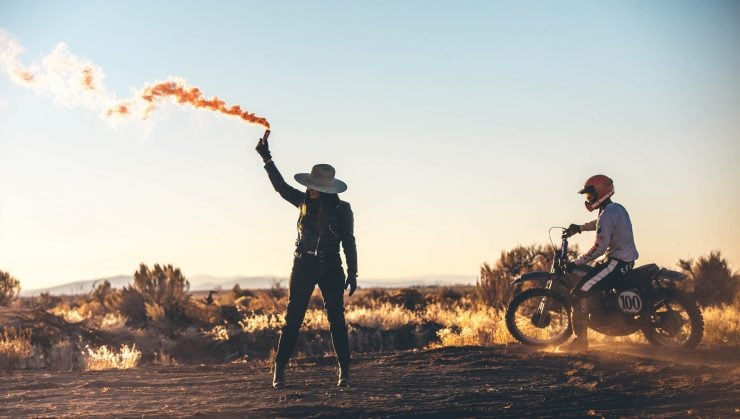 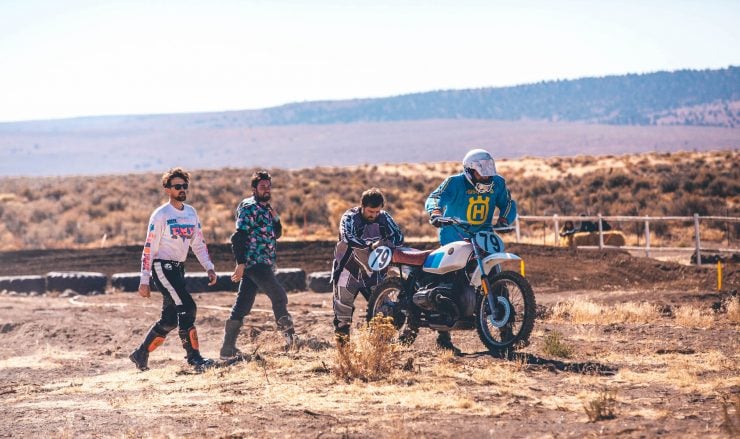 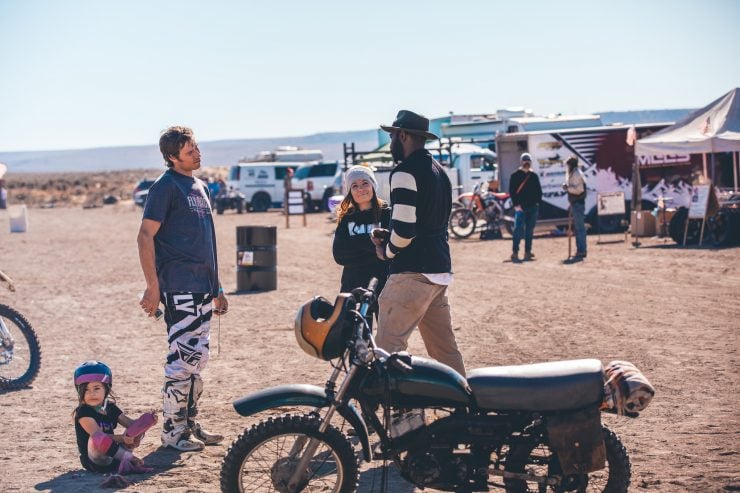 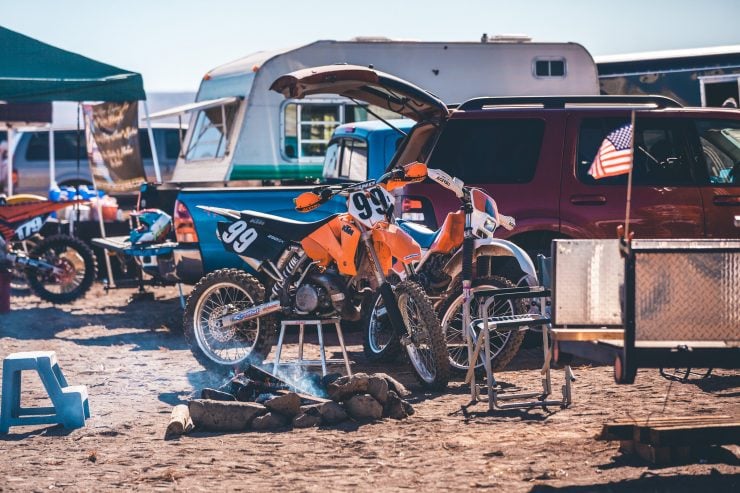