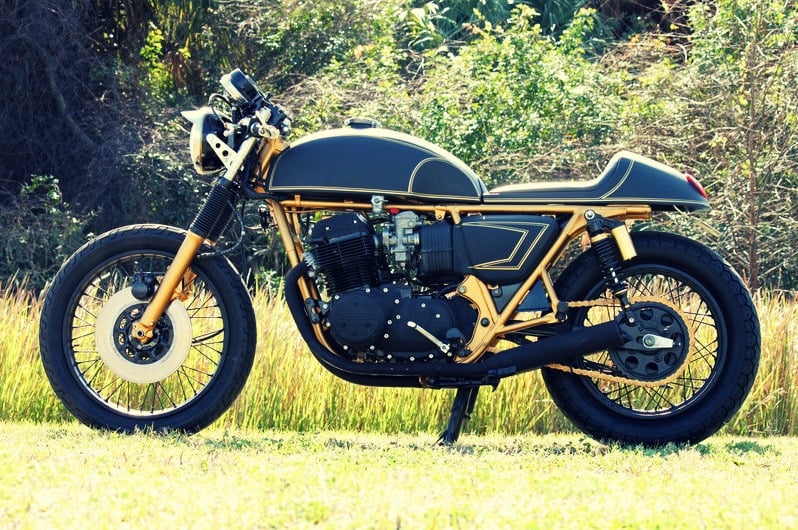 The Honda CB750 is quite possibly the most “Café’d” bike in history, not that that’s a bad thing, the engine and frame are both fantastic and the price point that bike sold for in the 70’s made it a realistic purchase option for many people in America, Australia and Western Europe.

This bike, currently for sale out of Gibsonton, Florida, has been reworked fairly significantly, it’s paint job is reminiscent of the work of Carpy and his line of CB750s, which isn’t a bad thing. That fuel tank and rear cowling are from Benjies Café Racers and I can’t help but see a direct connection between this bike and the famous Bonita CB450 featured on Pipeburn early last year, largely due to that distinctive fuel tank.

Bidding on the bike is currently sitting at $2,500 with about 5 days left to throw your hat in the ring, hit the link here to check out the auction page. 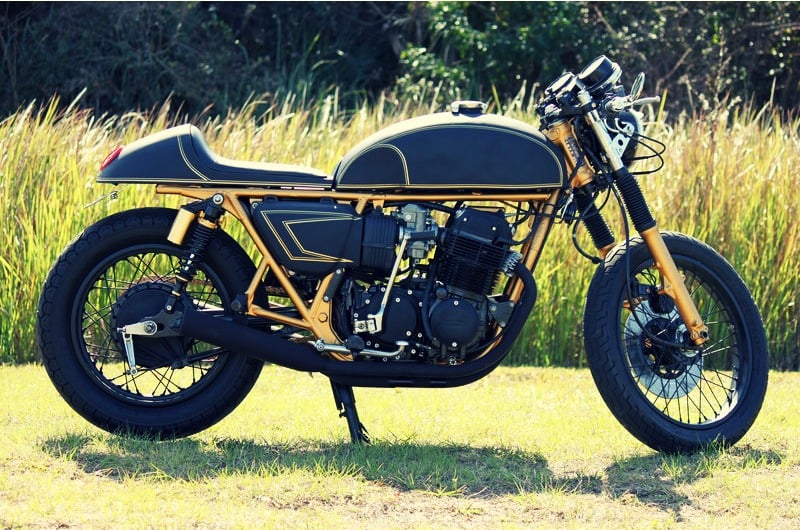 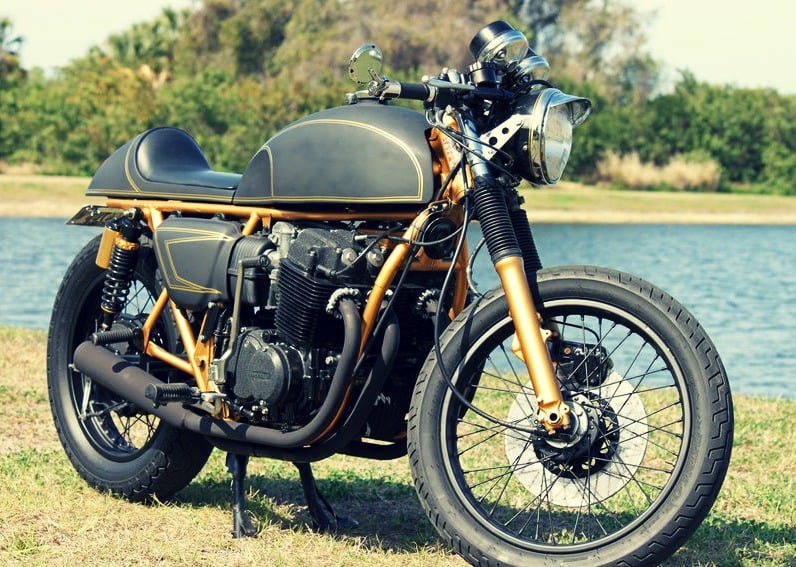 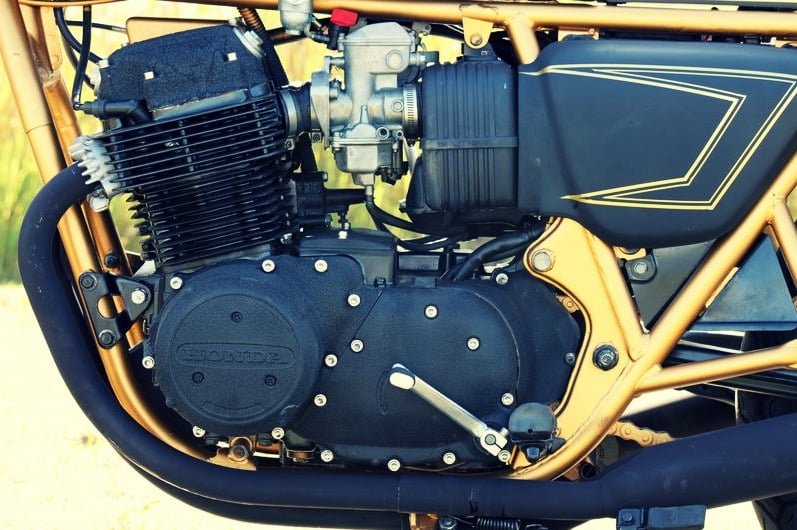 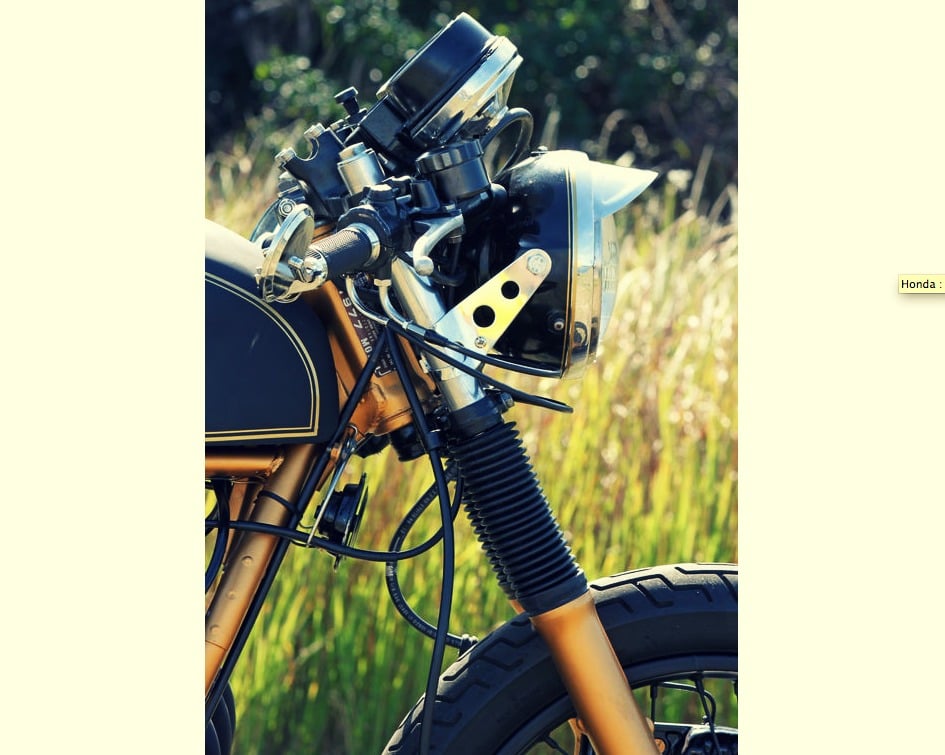 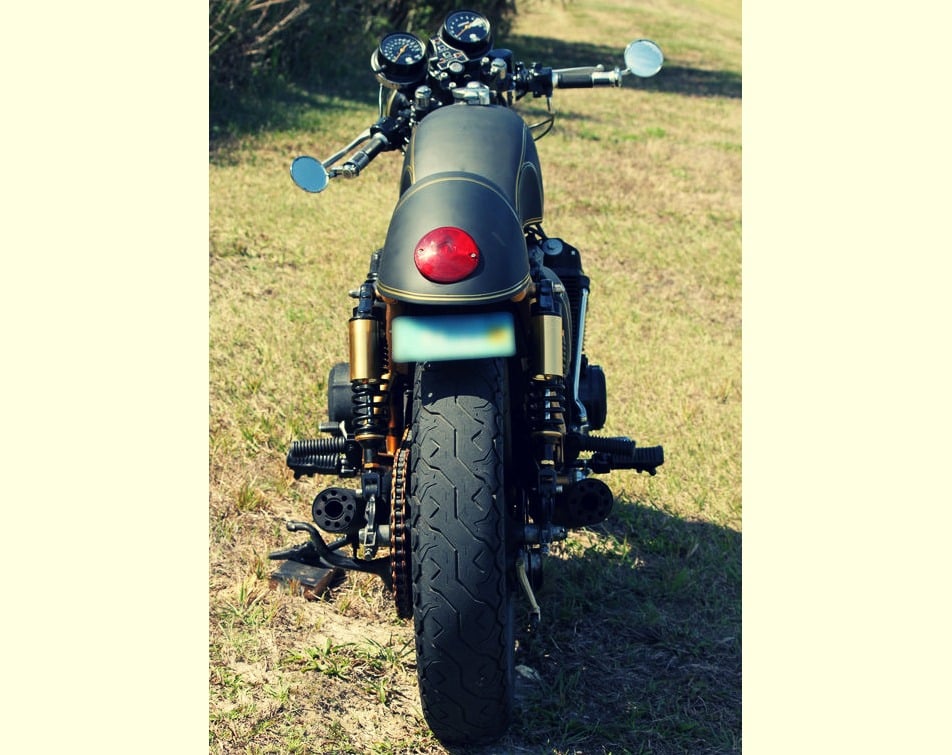 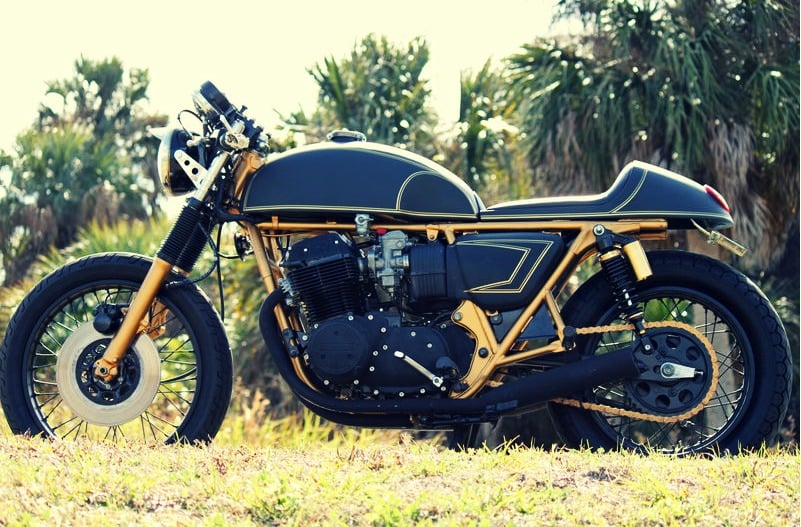 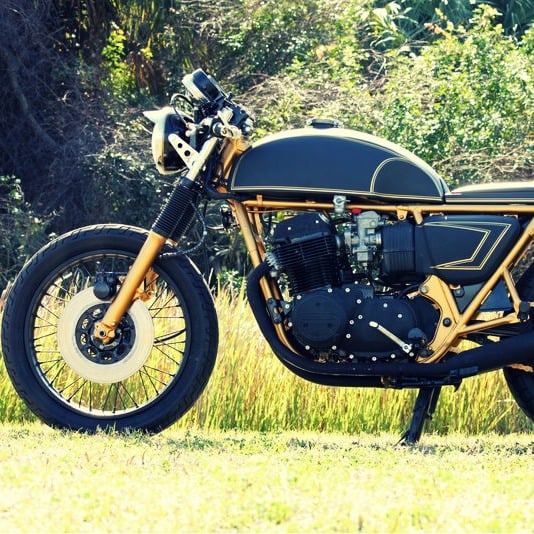