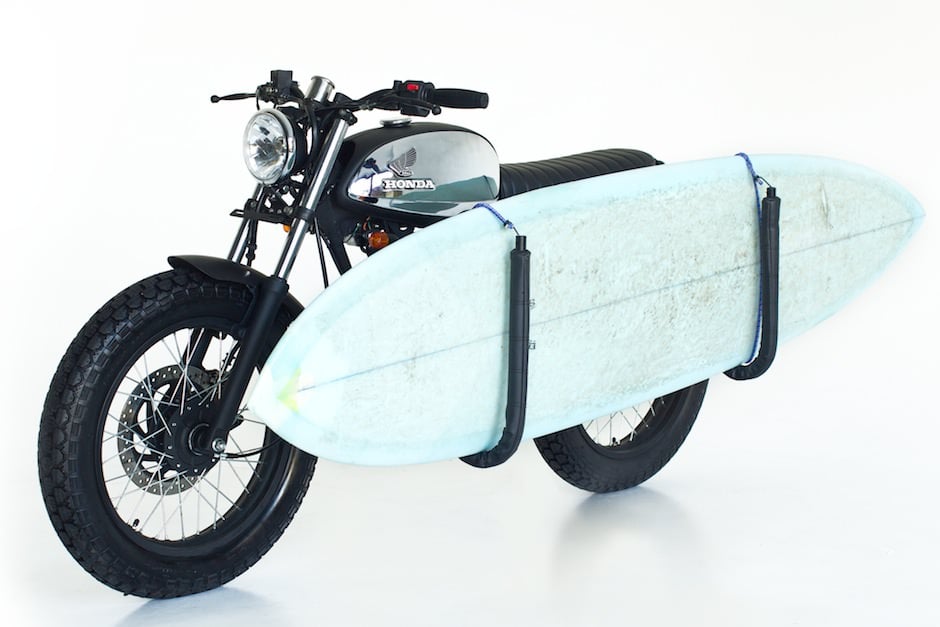 Smokey Joe is a project undertaken by the team at Deus Ex Machina Bali for their friend, surfing and beer drinking companion, Ellis Ericson. Ellis picked up a beat up old Honda CB100 when he arrived in Bali a year or so ago and though he intended to tweak it into a beach oriented custom, he was too busy shaping boards, drinking Bintang and paddling out at Uluwatu to get around to it.

Once Ellis left on a trip for a few months the boys at Deus Bali rolled his CB100 beater into the workshop and set to work. They pulled the bike to bits and refurbished it, they added Ventura flat track bars, a refurbished Honda S90 fuel tank, Yamaha S SX front shocks and triple trees, an SR400 rear shock, Swallow 18’ tires fitted to alloy rims and a Deus Ex Machina custom seat.

The finished bike is a light weight beach-tracker capable of serious island hopping and beach touring around Indonesia, it’s also been fitted with a surfboard rack so that Ellis doesn’t have to sling his custom boards under his arm. 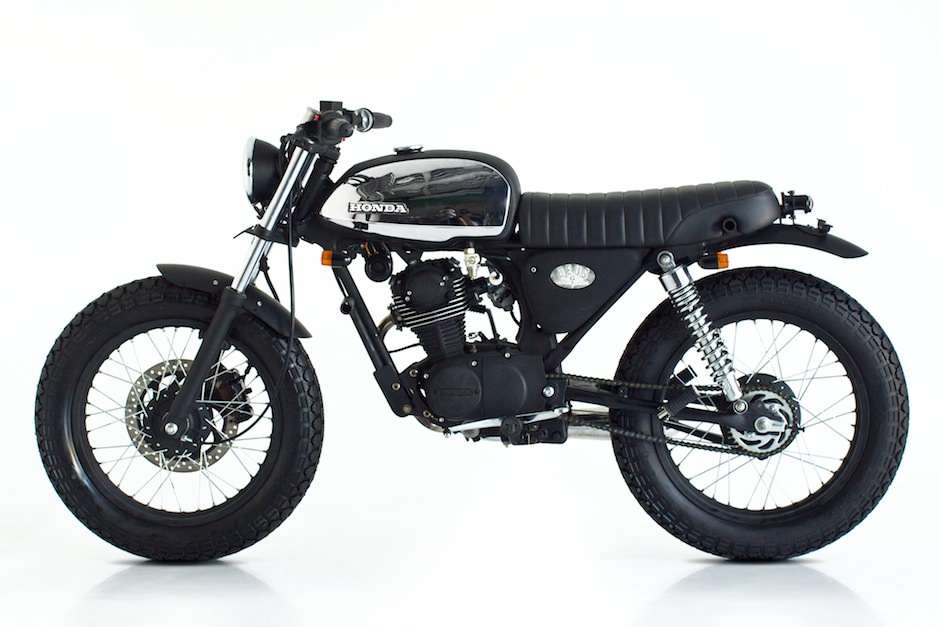 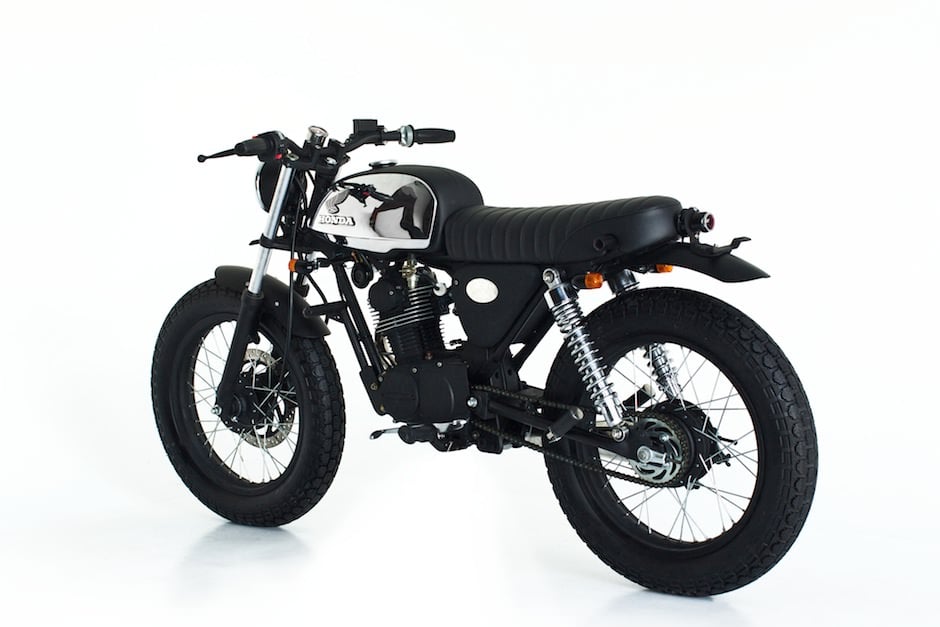 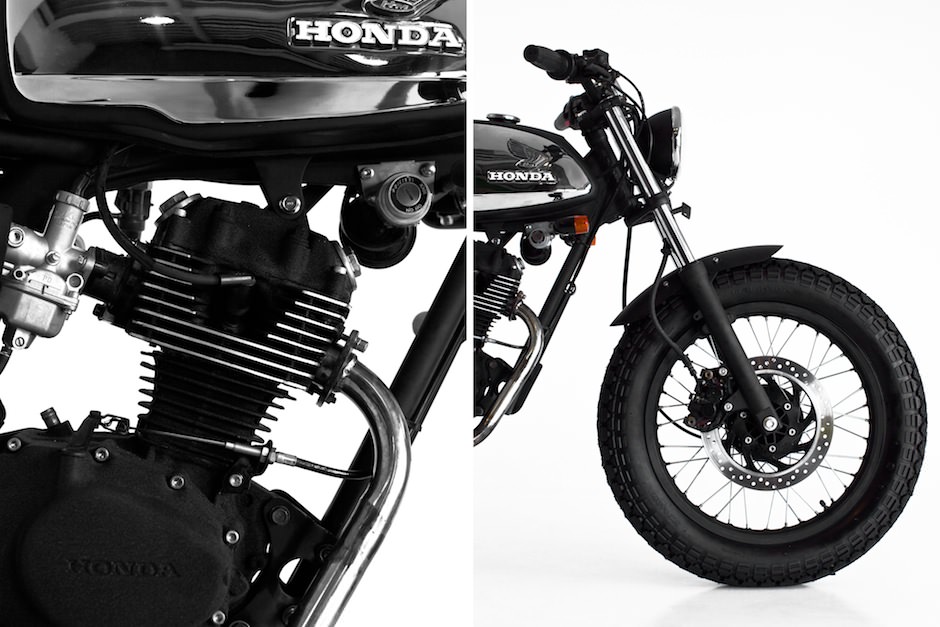 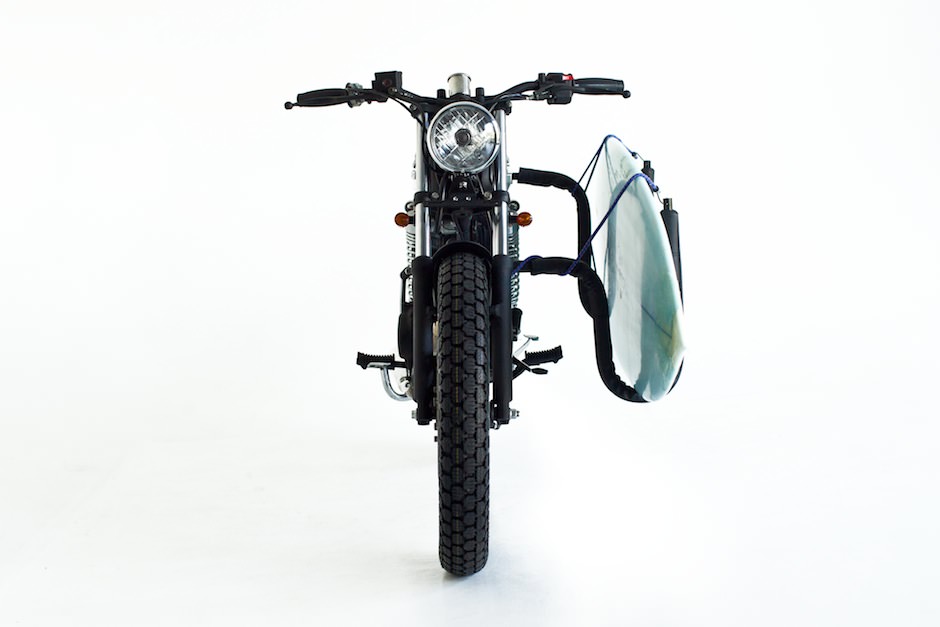 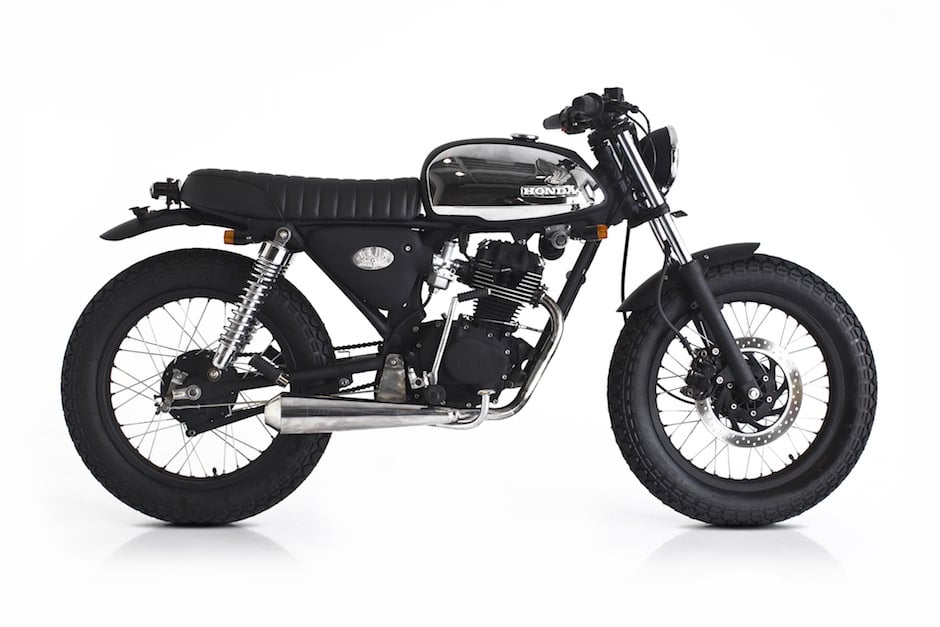