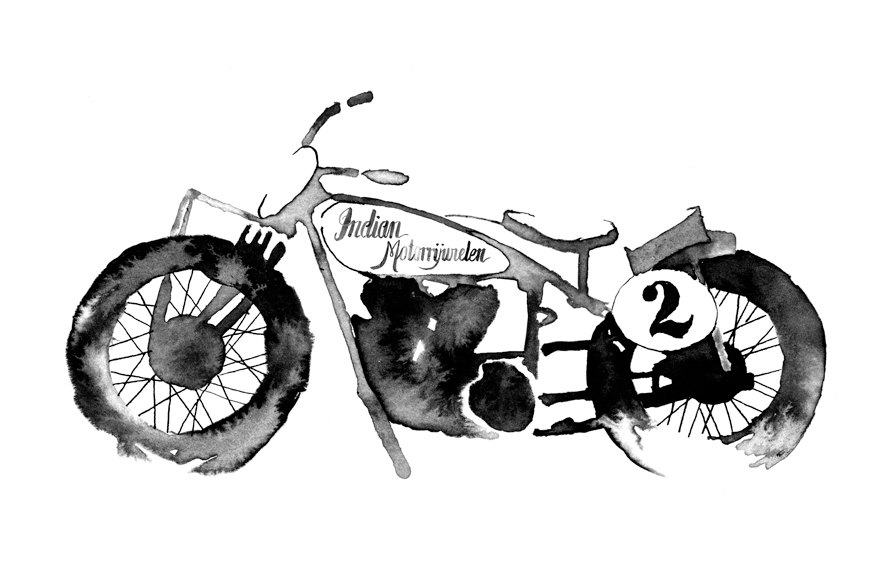 “Indian Motorrijwielen” is an original artwork printed on 80lb matte paper, it’s 11 x 17″ (28 x 43 cm) in size and has an almost ink-blot like etherial quality. Only 50 are set to be printed and each with be numbered and signed by hand, you can grab yours here for $32 USD.

Rare surviving Crocker V-twins are now the most valuable American motorcycles ever made, they sit shoulder to shoulder with the legendary machines from…